Try as they might, the Ontario Liberals are just having a devil of a time framing Progressive Conservative Leader Patrick Brown as just another right wing ideologue.

Ever since Brown won the PC crown a year ago this month, the Liberals have been determined to portray him as out of the mainstream of a very mainstream province. First, they tried to frame him as a social conservative when they rolled out the province’s new sex education curriculum.

But Brown didn’t take the bait. He acknowledged the need for updating that curriculum, while still giving support to the parents who had concerns about how the Liberals were bringing it in.

Next came the environment. The Liberals are proud of their big bet on a new cap-and-trade plan, aimed at creating market forces to reduce greenhouse gas emissions. While the Tories stood against the plan in a vote in the legislature yesterday, they did so not as climate change skeptics, but because they doubt the government’s veracity on ensuring all the proceeds from cap-and-trade will actually go into promoting the green economy. But does Brown support the need to make polluters pay? Yes, he does.

What about unions? For four consecutive elections, the Liberals have reliably been able to count on fantastic support from both union leaders and members. But ever since Brown won his party’s leadership, he’s taken significant steps at outreach to unions, accepting their invitations to meet and hobnob with their members.  He also told about 1,700 delegates at the PC annual convention in March that the heavily unionized public sector “should be seen as a partner, not an adversary.”

It’s worth remembering that once upon a time in Ontario, union members talked a good game for the Liberals and New Democrats, but quite often voted Tory when Bill Davis was premier in the 1970s and ‘80s. Seats in heavily unionized cities such as Sault Ste. Marie, Hamilton and Ottawa would actually sometimes vote in Progressive Conservative MPPs.

Brown isn’t fooling himself into believing he’s going to win the lion’s share of the union vote in 2018, but he certainly feels the PCs can be more competitive with that demographic. The party under Mike Harris and Tim Hudak seemed to take pleasure in the unions’ enmity. Not so for Brown.

What’s particularly ironic about this state of affairs is that moderate Tories (from the Bill Davis wing of the party) were desperate not to have Brown prevail in last May’s leadership contest against the perceived more moderate candidacy of MPP Christine Elliott, precisely because they thought Brown would be too right wing.

And yet it was Elliott’s campaign that successfully wooed controversial former Toronto mayor Rob Ford and his brother Doug to its side. Brown wanted to keep his distance from the Fords. In the end, the Fords brought nothing to Elliott’s campaign, and couldn’t even win the north end of Etobicoke — supposedly the home base of Ford Nation. Brown beat Elliott in a landslide there 77 to 23 percent.

It was also Brown who cast his net much wider than Elliott in bringing visible minorities to the party. And it was Brown who took a more moderate position on cutting taxes. He reiterated this stance in an interview on The Agenda in March, saying he would only cut taxes if the province could afford to, and not “come hell or high water” as had been the PC party’s mantra since 1990:

There’s still lots of time between now and the next Ontario election for Brown to mess things up. Unforced errors have cost the PC party victories in the last four consecutive elections.

But despite the Liberals’ best efforts to marginalize and pigeonhole the latest occupant of the Office of the Leader of Her Majesty’s Loyal Opposition, so far, at least, it appears Brown just refuses to play along.

Opinion
Here’s what happened after I told a ‘racist’ joke on the radio
OPINION: I told a joke on CBC Radio and got an angry email from a white listener. Turns out, I’m the one who’s privileged.
Drew Hayden Taylor 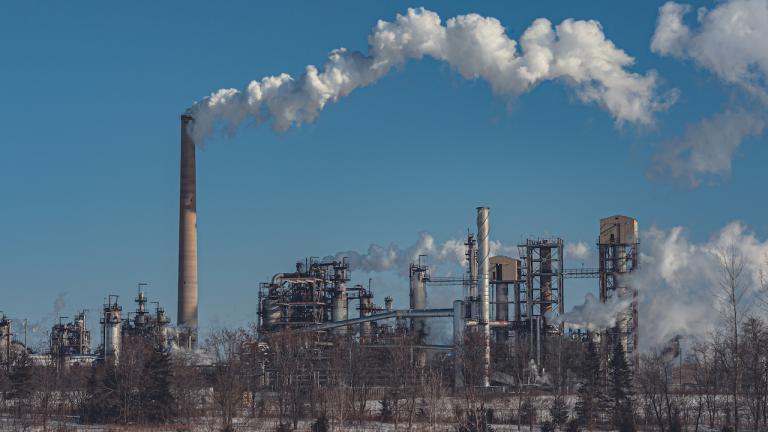 Coronavirus
COVID-19: What you need to know for January 26
TVO.org staff

Economy
Why is Rural Ontario Housing So Expensive?
sfy39587stp16