How Ontario scientists are working to keep your fruit fresher longer

University of Guelph researchers are harnessing the power of hexanal to fight food waste across the globe
By Jeyan Jeganathan - Published on Nov 02, 2018
Jayasankar Subramanian, a professor at the University of Guelph, has been researching the preserving potential of an organic compound called hexanal.

GUELPH — Apples rot. Mangoes spoil. But what if you could delay the inevitable and extend the life of those Granny Smiths? Well, science has figured out how to do just that. Researchers at the University of Guelph have been unlocking the preserving potential of an organic compound called hexanal — and they’ve piloted a hexanal solution in countries in three continents. Their goal: to make a dent in the 1.3 billion tonnes of food that get lost or wasted worldwide each year.

TVO.org visited researcher Jayasankar Subramanian to find out how a compound that smells like bubble gum can be used to double the shelf life of a banana — and increase food security around the globe.

It is a natural product, produced by each and every single plant, but in a very small quantity. When you mow the lawn, you get a grassy smell around that area. This smell is largely due to hexanal. It’s a very small aldehyde. This molecule, what it does is prevents the little critters, like bugs, from biting the plants. [They’re repelled] by the strong smell.

One of my colleagues, Gopinadhan Paliyath of the University of Guelph, discovered that hexanal has an anti-aging effect on fruit. As fruits and vegetables ripen and rot, the fruit skin starts to shrink. This shrinkage is a cascade of events that happen at a microscopic level. Basically, the cells are kept tight by a membrane. This membrane is the thing that collapses first. Hexanal stops the enzyme that triggers the collapse. It slows down the maturity and ripening process if it’s applied during a certain window. Certain kinds of bananas that are grown globally, the normal time taken from harvest to reach the shelf is 10 to 15 days. With hexanal, we can extend that from 25 to 30 days.

Tell us about the solution you’ve developed.

If you spray concentrated hexanal, it has no effect, because it evaporates even before it reaches the plant. So in the lab, we were working on trapping the hexanal into other chemicals or other products so that we could make it a sprayable solution. [Fruits with thick skins, such as bananas, must be dipped in solution as opposed to sprayed.] In the lab, we call the solution EFF — that stands for “enhanced freshness formulation,” because that’s what it does: it keeps the freshness for a longer time.

After we demonstrated everything in the lab, we first field-tested it on sweet cherries here in Ontario in 2008 and ’09 — and the results were amazing. With sweet cherries, one thing that packers and consumers want to look at is how green the stem is. If the stem is green, the fruit is fresh. When we used the spray, the stem retained the green colour for about three or four days more than the ones that were not treated, which is a huge advantage for the cherry growers.

In your pilot project in India, the farmers applied the hexanal themselves. Are there benefits to that approach?

As scientists, we do our research in the laboratory. Then when you go out to demonstrate it to the growers, they take it with a grain of salt. They say, “Yeah, well, it works for you. Will it work for me, in my conditions?”

We decided to demonstrate this technology for the farmers in their farm itself. We used the banana-packing industry in Tamil Nadu. We showed their people how to use it and how to pack the fruits after dipping bananas in this particular solution.

Their results were as good, or even better, than what the scientists were doing. Any farmer who was involved in this project in any of the countries, they’re willing to come out and talk about the safety of this technology, as well as its other benefits. Farmer-to-farmer contact is more powerful than scientist-to-farmer contact, so that’s why we did it that way.

How could developing countries benefit from hexanal?

In developed or developing countries, we lose almost 40 per cent of [fruits and vegetables to spoilage]. And 40 per cent is huge. Just to give one example: in India, with mangoes alone, the loss amounts to about US$1 billion. This is one crop in one country.

By using this technology, we hope we can reduce that wastage and capture some of the produce that is harvested by these farmers after all their hard work. And that translates to food security and economic security for those countries. This is an ambitious thing, I know, but we are [moving] in the right direction as far as I’m concerned.

This interview has been condensed and edited for clarity. 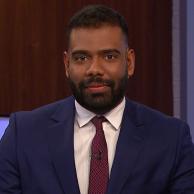 Jeyan Jeganathan is an Ontario Hubs field producer at TVO.

Science & Tech
Creatures of Light
Millions of years before the light bulb was invented, nature endowed species from jellyfish to fireflies with an internal source of illumination. 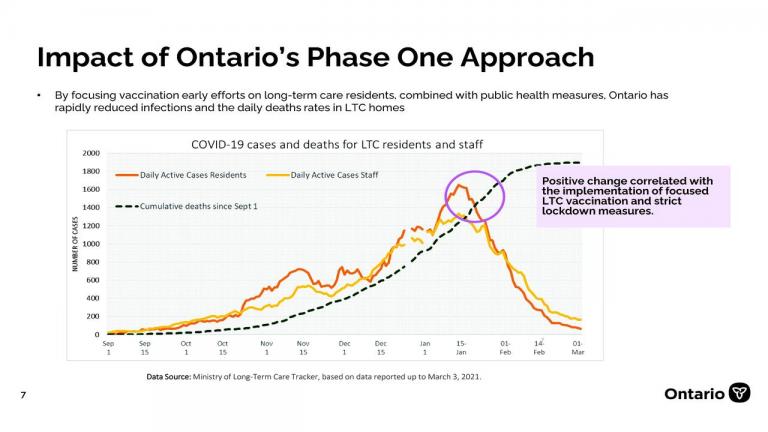