In an attempt to reduce the number of “uncalled-for homicides” in the early 1900s, the province adopted new — and very racist — regulations
By Nate Hendley - Published on Apr 28, 2021
An advertisement that appeared in the October 22, 1904, edition of the Toronto Daily Star.

In the early 1900s, two separate trends alarmed Canadians: the availability of cheap, mass-produced revolvers and the increasing presence of “foreigners” (that is, anyone who wasn’t of British descent). Newspapers conflated these concerns and helped fuel a pistol panic.

“The assassinations of the past few days have surely made it clear that some special treatment must be meted out to those foreigners who abuse the privilege of living in Canada by perpetuating most reckless and uncalled for homicides,” huffed the Globe on February 26, 1908. “Over and over again, people of this class have used the knife or the pistol with fatal results in one or other of our large cities.”

The six-shot revolver was the most popular pistol at the time. Advances in armaments technology and manufacturing methods had transformed revolvers into inexpensive, easy-to-use weapons. Metallic cartridges reduced loading time, while mass production lowered prices. “By the early 1880s, Toronto and Winnipeg retailers sold various kinds of revolvers, some for $1.50 or less,” writes R. Blake Brown in a June 2012 article in the Canadian Historical Review.

There had been periodic attempts to regulate weapons in Canada following Confederation. In 1877, it became a crime to carry a pistol in public unless you could prove your life or property was in danger. During the 1880s, the federal government restricted the ability of Indigenous people to access guns and ammunition. Canada’s first Criminal Code, introduced in 1892, banned the sale of pistols to anyone under 16.

Demographic changes spurred the call for further restrictions, particularly when it came to easily concealable handguns.

“A general desire to pass new gun control measures grew in the early 1910s,” writes Brown. “This had much to do with the fact that the 1910 to 1913 period saw especially heavy rates of immigration, peaking at over 400,000 in 1913. Many Canadians believed that the new immigrants who came from southern and eastern Europe were inherently violent and ‘un-British.’”

This moral outrage was fed by alarmist media coverage about “foreigners.” While also assailing Asian and Black people, Ontario newspapers were particularly obsessed with Italian immigrants, who were portrayed as handgun maniacs.

Efforts were launched to “abolish the carrying of offensive weapons by Italians” in Montreal, reported the Ottawa Journal in 1911. There was a similar initiative in Toronto: “moral suasion will be exercised on the Italians [not to carry] hidden dirks and pistols,” wrote the Toronto Daily Star that same year.

“The indiscriminate marketing of cheap firearms is a menace to the safety of the public and their unlicensed sale should be prohibited,” stated the December 31, 1910, Windsor Star, quoting a provincial police report.

These reasonable words were preceded by snide comments about “foreigners convicted for carrying concealed weapons.”

A 1919 retrospective article in the Globe offered similar sentiments. The piece condemned the previous availability of “cheap, small-sized revolvers” at “hardware stores” and “second-hand stores” in Ontario. The article largely blamed gun violence on “wily aliens” (i.e., immigrants) skirting the law. “In addition, stiffer penalties are required where aliens are found illegally possessing firearms and dangerous knives,” stated the Globe.

Unsurprisingly, “respectable” gun owners were largely immune from criticism. In fact, papers were packed with firearm ads: a large 1904 advertisement in the Toronto Daily Star promised “guns, rifles and ammunition” at a local “Meca [sic] for Hunters.”

Ontario responded to the public clamour by introducing the Offensive Weapons Act in early 1911.

“The provincial government of Ontario leads the continent in being the first legislature to put in force a thoroughly comprehensive law for restriction of the purchase, sale or carrying of revolvers, knives and similar weapons susceptible of concealment on the person,” read an April 28, 1911, editorial in the Ottawa Citizen.

The act required gun retailers to keep precise records and sell pistols only to customers who had a permit from a local police chief or the provincial superintendent of police. Violators could be fined $200 or jailed for six months.

“Following the recent murder of an Italian on Agnes Street and several rows in which foreigners and weapons have figured, the act restricting the sale of offensive weapons, passed at the last session of the Legislature, will go into force on Saturday [tomorrow],” read an approving article published April 21, 1911, in the Globe.

The act contained a clause under which any “foreigner” caught with an unlicensed pistol could be deported. The mostly white, Anglo-Saxon police force of the day was openly biased, however, when it came to handing out pistol permits, as OPP superintendent Joseph Rogers readily acknowledged.

“Superintendent Rogers states that neither the Toronto police nor his office has ever issued a permit to a foreigner to purchase a gun,” wrote the Globe on June 14, 1919.

The Ottawa Journal said the act was “an admirable measure” and endorsed provisions giving police the right to search people for concealed weapons. Anyone who complained about police overreach should bear in mind the “rapid change taking place through European admixtures” (that is, the arrival of non-British immigrants in Ontario).

Manitoba, Saskatchewan, and British Columbia soon passed their own versions of the Offensive Weapons Act. American legislators liked provisions mandating licences for carrying concealed weapons (this measure, too, was inspired by press accounts of sneaky “foreigners” with hidden handguns). The Chiefs of Police of America passed a resolution at a conference praising the act and urged American legislators to follow suit. (“Ontario Law to Be Copied in States” read a June 20, 1911, Globe story about the conference, which took place in Rochester, New York.)

In fact, new handgun regulations were introduced in the New York State legislature shortly after Ontario’s law came into force (the Ottawa Citizen described this move as “a compliment” to the provincial government). It became a crime in New York to buy or carry a pistol without a licence. Other states passed similar legislation.

In Canada, the ruling Conservatives amended the Criminal Code in June 1913, enshrining some of Ontario’s measures in federal law. Police permits were now required nationwide to buy a pistol. Police were also given permission to search people without a warrant if they suspected them of carrying illegal weapons.

Theoretically, these measures applied to everyone. But comments from politicians and the press made it clear the legislation was largely driven by demographic concerns.

“While our population is increasing, being fed by constant streams of immigration — in which, generally speaking, we rejoice — it is coming to contain, I think, and regrettably so, a larger proportion of persons with regard to whom it is unsafe and certainly undesirable that the procuring of weapons of this kind should be as easy as it is under present conditions,” stated Justice Minister Charles Doherty at a parliamentary debate on May 16, 1913.

“On account of the increased number of killings and woundings in foreign settlements, the list of prohibited weapons has been extended to include Bowie knives, daggers, ‘billies’ etc., as well as pistols,” noted a Globe article the following day, regarding the federal amendments.

The Offensive Weapons Act was included in the 1914 Revised Statutes of Ontario, meaning it remained on the books. When the First World War broke out that same year, Ottawa banned “enemy aliens” from possessing any guns. At the war’s conclusion, federal legislators — spooked by Bolshevism — decreed that “aliens” needed licences for rifles and other long guns, as well as pistols. An attempt to apply long-gun licensing to the broader population was withdrawn following furious protests from British-descended gun buffs. In Ontario, the Offensive Weapons Act was revised again in 1927.

Gun laws slowly began to evolve. The Offensive Weapons Act wasn’t included in the 1937 Revised Statutes of Ontario, and subsequent firearm regulations in the province focused more on hunting and storage issues than on foreign scofflaws.

Ottawa dropped specific gun-permit rules for “aliens” in the early 1950s and overhauled weapon laws in 1969, classifying firearms into categories based on lethality. Acquiring a handgun today involves mandatory training, a Possession and Acquisition licence from the RCMP, a criminal background check, and a mental-health questionnaire, among other prerequisites.

Firearm regulations are being debated once more, with a view to reducing shooting deaths. As politicians and advocates chime in, Ontario would probably prefer to forget the time it led the way on handgun legislation. 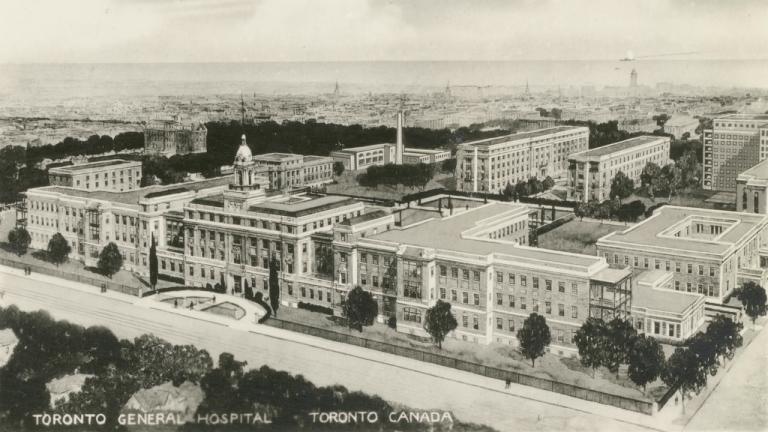 History
Barilko and the Leafs' Most Iconic Goal 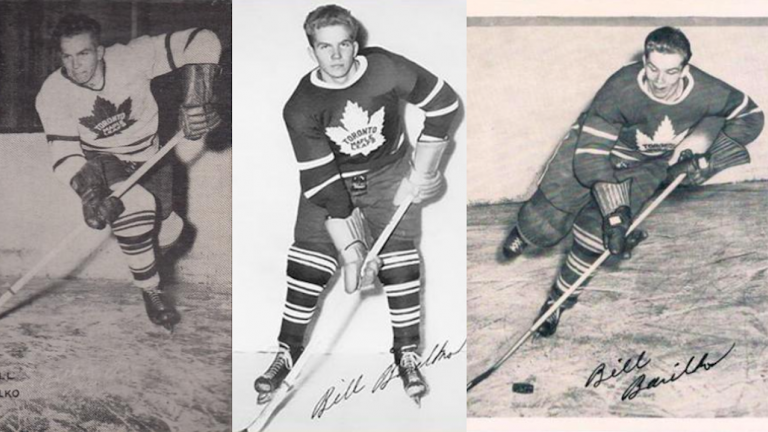