How Ontario is battling a very hungry caterpillar

Gypsy-moth caterpillars are killing trees throughout the province. This research team thinks understanding how they pee could help defeat them
By Justin Chandler - Published on Jul 22, 2020
The gypsy-moth caterpillar is an invasive species that came to North America after an 1869 cross-breeding experiment. (iStock.com/grannyogrimm)

It can be important to know your enemy, even if it’s only a few centimetres long. That’s why foresters, local governments, and landowners are turning to pest-control methods based in understanding biology as they seek to stop invasive pests, such as the European gypsy-moth caterpillar, which are killing trees throughout Ontario this summer.

“What [caterpillars] go through, throughout their development, is really remarkable when you put it in general animal terms,” says Dennis Kolosov, a professor at McMaster University in Hamilton who, for the past five years, has led a research team focused on caterpillar biology. “They grow 1,000-fold within a couple of weeks and eat ridiculous amounts of food.”

As local governments and landowners across southern Ontario try to protect trees from gypsy-moth caterpillars, researchers and foresters agree that a solid understanding of how caterpillar bodies work is essential to safely limiting their spread. Kolosov and his team at McMaster have been studying caterpillar biology to learn how it is that the insects can eat so much and grow so quickly. They found one answer in the kidneys, which allow caterpillars to urinate effectively, rapidly excreting waste so they can keep on eating. “So far, we don't think any other insect does that,” he says.

While interesting on its own, Kolosov says that his team’s research could have wider implications: “If [caterpillars] are eating our crops, then we should be able to interfere with that. Otherwise, it's going to cost us billions of dollars — and when you go to buy cabbage, it's not going to be $1.50; it's going to be $4.50.”  His work, then, could someday help reduce threats to food supplies. “Before somebody can design some sort of interference strategy, there has to be basic knowledge of how something works,” Kolosov explains. That understanding helps scientists devise targeted approaches to pest control that don’t have harmful effects on other, non-invasive forms of life. “If something kills a caterpillar but it also kills a bee, that is not a good pesticide. We definitely don't want to release that anywhere,” says Kolosov, who published his kidney research late last year.

Sarah Rang, executive director of the Invasive Species Centre in Sault Ste. Marie, says that understanding what makes pests unique is “the core of the work we do.” The centre, which was founded through a 2011 partnership between the federal government and the province, conducts research and educates the public about invasive species — plants and animals disruptive to ecosystems they aren’t native to. Such species can be controlled in a number of ways: chemically (with pesticides), physically (by, for example, scraping moth eggs off tree trunks), and biologically (with viruses, bacteria, and other species, such as fungi or parasitic insects). David Dutkiewicz, who studies insects at the Invasive Species Centre, says he’s “a very big advocate for biological control” because it’s natural, unlike chemical pesticides.

When selecting biological or chemical controls, says Chris MacQuarrie, who researches forest-pest management for the Canadian Forest Service, it’s important to consider whether they will have adverse effects on species they’re not meant to target: “We want to control the insect we're controlling on, and we want to have the least negative impacts on everything else in the landscape, as well.”

MacQuarrie says that, when dealing with a new invasive species, foresters first look at its ecology: “What does it eat? When is it on the landscape? How long does it take to grow?” This information helps with risk assessment and can inform control tactics, such as choosing a control method or surveying to discover a species’s impact on an area.

Taylor Scarr, the director of integrated pest management at the Great Lakes Forestry Centre in Sault-Ste. Marie — a research centre for the Canadian Forest Service where MacQuarrie also works — says that the European gypsy moth, which came to North America after an 1869 cross-breeding experiment, has long been the target of biological controls because of how destructive it is: “The gypsy moth will feed on some conifers, it will feed on blue spruce, and it will feed on white pine — and if it completely defoliates a white pine, it can kill it. And it can do that in one season.” That’s because, while hardwood trees, which gypsy moths generally don’t kill on their own, store their food source (starch) in their roots, conifers typically just store it in their needles. “So, if a conifer trees loses all its needles,” he says, “it's lost its pantry.”

Both a virus (nucleopolyhedrosis) and a fungus (Entomophaga maimaiga) can be used to target gypsy moths, but one of the most popular solutions is a bacterial insecticide commonly used by foresters and available for purchase at tree nurseries and hardware stores. The insecticide is based on Bacillus thuringiensis, a bacterium that naturally occurs in soil and can be used on organic farms. Also called Btk, it kills gypsy-moth caterpillars and other pests, such as the spruce budworm and cabbage looper, by destroying their digestive systems.

Sam Scarlett, the City of Hamilton’s manager of forestry and horticulture, says that, in 2018 and 2019, the municipality contracted a service provider to spray Btk — usually from a helicopter — to control gypsy-moth populations. This year, his team is monitoring to see how well it worked. So far, he says, areas sprayed last year have relatively low gypsy-moth numbers compared to the surrounding areas. “In the last couple of years, we did it in May, and we were very lucky,” he says, noting that conditions had been particularly favourable because the weather was dry.

Dutkiewicz says a physiological understanding of the creature one is targeting is important when it comes to choosing a method and knowing when to use it. Btk lives only a few days and is most effective on young larvae. Researchers are always looking for new ways to attack invasive species, he says, citing early research into the spotted lantern fly, an invasive insect in the United States whose glands may be a vulnerability that foresters can exploit.

Other pests are also targeted using a range of biological controls. There’s a synthetic hormone that causes one type of caterpillar to prematurely shed skin, Scarr says. And a virus that causes some caterpillars’ insides to liquefy. Before choosing the approach, Scarr says, one should understand the risks and benefits. “In forestry, we have a very good track record, because foresters tend to approach the forest as an ecosystem, not as a crop,” he says. “We understand that things are connected, and, if you affect one aspect, you might affect other aspects.” 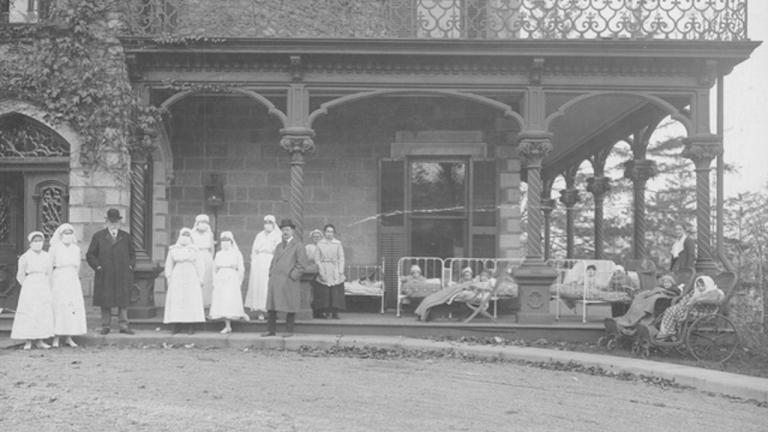 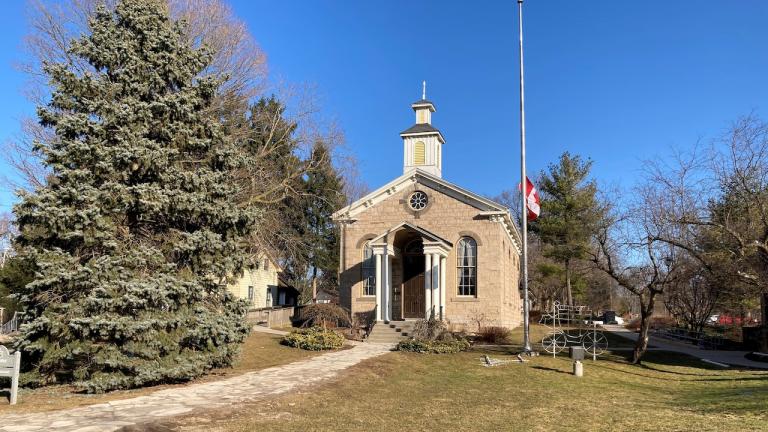