How one Ontario town is tackling racism

With the SIU investigating Timmins police in the deaths of two members of Fort Albany First Nation, the city has promised to take action to address widespread racial discrimination
By Claude Sharma - Published on Jun 25, 2018
Timmins Mayor Steve Black speaks at a flag-raising ceremony to honour First Nations and Métis communities on June 21. (City of Timmins)

The flags will remain on display permanently. They’re meant to signal that Timmins is working to improve relations between Indigenous and non-Indigenous people — and to move on from a difficult start to 2018.

In February, two members of Fort Albany First Nation, a reserve more than 400 kilometres north of the city, died in separate incidents following interactions with Timmins police. The deaths of Joey Knapaysweet, 21, and Agnes Sutherland, 62, are under investigation by the Special Investigations Unit.

In March, the head of the Ontario Human Rights Commission visited Timmins for a fact-finding tour. Chief Commissioner Renu Mandhane met with Indigenous leaders and heard testimony from Indigenous members of the public. She concluded that racism had become normalized and “pervasive” in Timmins — a city in which 11 per cent of the population identifies as Indigenous.

Mayor Steve Black promised to take action to address racism. Soon, Timmins will convene an Indigenous Advisory Committee, which will meet once a week. The group will consist of Indigenous youth, elders, and local leaders; it will also include a city council member, city staff, and Black. The city is accepting applications from would-be members of the committee, which will discuss anti-racism and inclusiveness strategies.

“We’ve been able to pull various groups and organizations together to get more conversations going, to get more open dialogue,” Black said. “I still think we have a lot of work to do.”

Also last week, Mandhane and the OHRC returned to Timmins to meet with local leaders and hold training sessions. A scheduled follow-up visit had been set for next year, but the commission expedited the schedule. “We hurried up our plans because we wanted to build on the momentum that was being created,” Mandhane said. “There seemed to be a real moment of openness, where not only the mayor but Indigenous people were willing to come back to the table.”

Mickayla Bird, the acting executive director at the Timmins Native Friendship Centre, said racism is “an everyday thing for some of our clients. The racialization and discrimination, they face it on a daily basis.”

She applauded Mandhane for her interventions. “If the human-rights commissioner didn’t come, where would we be now? I think there would have been a lot of anger, and our emotions wouldn’t be received in a positive way as it is now,” Bird said. “We have that opportunity to speak from our hearts and say how we feel and also to feel like we are also being heard.”

Bird sees this developments as a potentially pivotal moment in the history of Timmins. “It’s a first step,” she said, but “we are heading in the right direction.”

“The truth hurts, and that’s what reconciliation is about,” said Solomon, who was in Timmins last week with the victims’ families. The chief and the two families have met with a Toronto-based lawyer and are in the process of filing a human-rights complaint against the Timmins Police Service and potentially other parties.

“What they want is justice for their loved ones,” Solomon said.

Solomon noted that working together with the non-Indigenous community will be crucial for his people to move forward. “I acknowledge and applaud [Black] and his council for what they are doing. At the same time, there are other things that need to happen.”

“If you want to truly reconcile,” Solomon said, “it has to be done by everyone. It cannot happen by governments alone. It’s the citizens that need to reconcile with one another.” 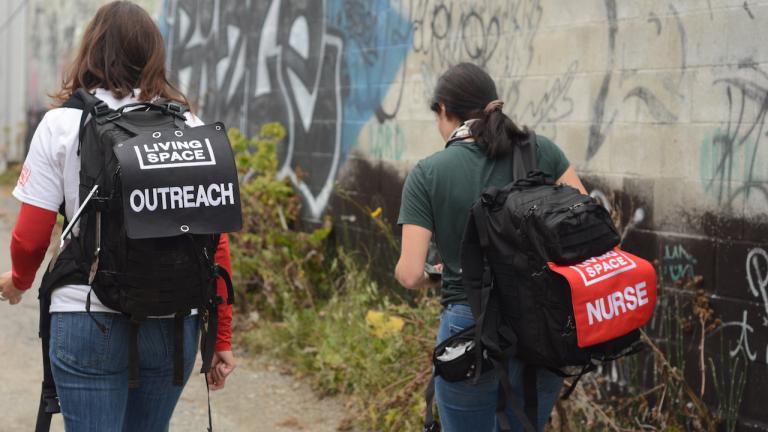