How one Ontario city is tackling homelessness and the opioid crisis

Barrie consistently reports higher opioid death rates than both the region and the province as a whole — so it’s bringing the business social-service communities together to support marginalized people downtown
By Kelsey Rolfe - Published on Oct 01, 2020
In 2019, Barrie launched Connected Core, a collection of programs designed to support marginalized people downtown. (iStock/LesPalenik)

In 2018, a man experienced an overdose in front of Denise Tucker’s downtown Barrie store. Her employees weren’t trained in overdose protocol, so they just did what they could: they called 911 and turned him on his side to prevent him from asphyxiating until the ambulance arrived.

“It alerted us to the fact that we needed to know more than we knew,” says Tucker, the owner of Barrie Olive Oil Co.

Tucker signed up for opioid-response training provided by the city. Last September, Barrie began offering free naloxone training and nasal-spray kits to business owners and workers in the downtown core. In the sessions, a local pharmacist explains how to administer the spray and addresses misconceptions about overdoses and naloxone. To date, the city has hosted four training sessions and distributed roughly 70 kits.

“He showed us how to administer [naloxone], what to do with the person, and what the steps are,” Tucker says. “So it was really intense. It was fantastic. There were probably 75 people in the room for the training session that I went to.”

Barrie is an epicentre of the province’s opioid epidemic — it consistently reports higher death rates than both the Simcoe Muskoka region and the province as a whole. In 2019, Barrie reported 26 deaths and the third-highest rate of overdose-related emergency-room visits among Ontario municipalities with more than 100,000 residents.

So, in 2019, the city launched Connected Core, a collection of programs designed to support marginalized people downtown. Originally a pilot project, it’s now permanent and co-funded by the city, the Barrie police, and the local hospital. It includes initiatives such as the naloxone training, a bank of casual employment opportunities, food-security initiatives, de-escalation training, and promotional campaigns for Barrie’s Rapid Access Addiction Medicine Clinic — a walk-in clinic that provides addiction counselling and trauma-informed care (in the first three months of the pilot program, the clinic saw visits double). While the pandemic has forced Connected Core to alter and adapt certain programs, the goal remains the same, Mayor Jeff Lehman says — “to connect the business community and the social-service community, to try and address homelessness and the opioid crisis, which are very much intersecting crises.”

Participating businesses get a Connected Core window sticker that lets people know it’s a safe space to ask for help. “The naloxone training, the de-escalation training, and some of our initiatives on food security were all designed to try to break down some of the stigma, because I think that was very much a problem,” says Lehman.

Across Ontario, naloxone kits are often available for free at pharmacies or community organizations. Kingston and London have made them available in city-run facilities near automatic external defibrillators. Distributing kits to trained business owners is a “strongly positive move,” says Gillian Kolla, a postdoctoral fellow at the University of Victoria’s Canadian Institute for Substance Use Research, adding, “Ensuring people have been trained with naloxone and have naloxone on hand is a very evidence-based strategy.”

Kolla calls the program a good first step but says it needs to be part of a larger crisis response. Communities, she says, need a supervised-injection facility with counselling and trained harm-reduction workers who can direct people other health-care and treatment options: “Having [naloxone] on site and tools and training to know what to do in this situation is a big thing, but it doesn’t address the overall issue of why people are using drugs in bathrooms and alcoves and alleyways in the first place. Those measures are dealing with a symptom of the problem without dealing with the larger problem.”

Barrie does not have a supervised-injection facility, but the Simcoe Muskoka District Health Unit, a co-applicant for a site, is hoping to settle on a location by the end of the year.

Kolla also notes that people who use drugs often report “extremely hostile and negative” experiences with the police and the health-care system: “While it is great you have the mayor and the police and the hospital on board with this, you also have to make sure you're addressing this really large stigma toward people who use drugs that still exists within all of those sectors.”

Such harm-reduction programs are also vulnerable to shifting conditions. For example, Lisa Simon, associate medical officer of health at the Simcoe Muskoka District Health Unit, says that more potent or toxic drugs may necessitate additional doses of naloxone: “We have heard of situations where people require more than one dose in the box.”

According to Kolla, drug-testing results in Toronto indicate that, while the vast majority of the street-based opioid supply involves fentanyl and its analogues, almost half Ontario's opioid supply has been laced with benzodiazepines — which means that someone who has received naloxone after an overdose can go into a deep sleep and should be monitored in a medical setting.

The pandemic has heightened the need for harm-reduction solutions, Simon says. Between January and May this year, 19 people died from opioid overdoses in Barrie; in 2019, the number was 26 for the entire year. Many factors have contributed to the rise, she says, including an increase in the potency or toxicity of the drug supply, new challenges accessing drugs, and increased drug prices: “There are a lot of things that could change in a period like this that leads one to have a different supply and that is, in essence, what puts you at risk for an overdose — when you don’t know what’s in the drugs that you're taking.” She adds, though, that the area had seen an increase in opioid deaths pre-pandemic that the health unit is currently unable to explain.

Connected Core’s operations have been affected by the pandemic. While it’s working to make naloxone training virtual, de-escalation training sessions have been put on hold, as have plans to supply lockers for people to store their belongings and to provide transportation to addiction services and the hospital.

Lehman says he doesn’t want to lose sight of the need to support marginalized and homeless residents. “I'm worried about the knock-on effects, month after month, as COVID moves along — people find a way to make it through a few months, but then that runs out or it becomes that much more overwhelming.” 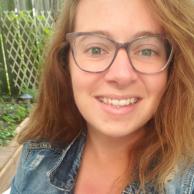 Society
Stephen Lewis is fighting for his life
This country’s greatest political orator is battling abdominal cancer as he continues to fight for causes near and dear to his heart.
Steve Paikin