Sher Shah introduced us to Asadullah Aryubwal. Most Afghans use only one name, but if Westerners insist, as we usually do, they offer their clan name as well, which refers to where they are from. Asadullah was a Jaji from Aryub, referring to a village or tribe in Paktia province. “Wal” means “people.” So “Aryubwal” means “people from Aryub.” As I came to know him better, I began to refer to him as his family does, simply as Asad.

In the detailed diaries I kept, I described a man who looked much older than his thirty-nine years. His complexion was leathery and deeply lined, probably from the harsh Afghan weather, I thought, but I later found out it was also from a lifetime of stress. His head was covered with a thicket of dark hair and he wore an equally dense brown beard flecked with grey. His eyes were difficult to read. There were flashes of mischief but they became flat black when he described the grim realities of life in Afghanistan. Just as quickly, he would break into an infectious grin. 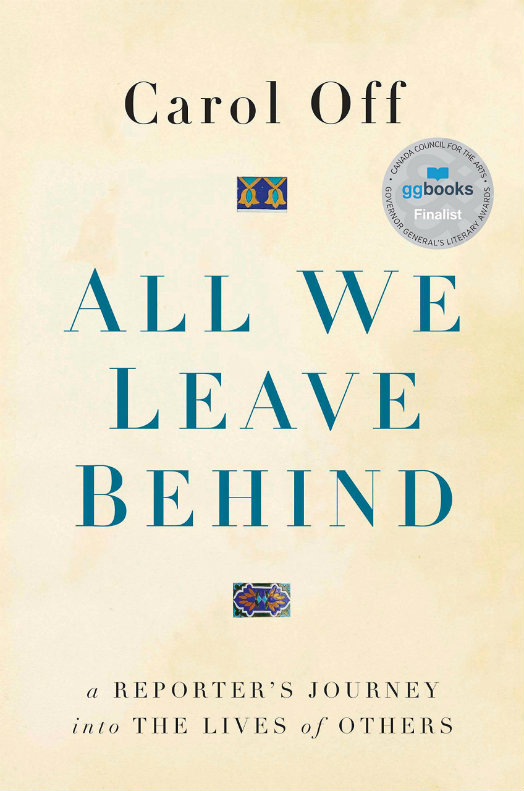 What I also noted was a sudden revival of my spirits. Here we had a living, breathing Afghan who seemed prepared to talk—on the record— about the reality behind what was being projected by politicians here and in the West as the “new Afghanistan.” Plus, if we understood him correctly, he personally knew the most notorious and well funded of the Afghan warlords, Rashid Dostum. He had served in Dostum’s army— as a general, no less. And he was willing to be critical of Dostum and all the warlords. Publicly. This was what we in journalism call “a get.” The man would also go with us right into the heart of Dostum territory. If all of this panned out, he could drive the narrative of our documentary. Asad seemed reliable. He was willing to speak only about matters of which he was factually confident, which was a good sign with regard to his credibility—for instance, he could not corroborate a New York Times account of the alleged massacre by Dostum’s people of Taliban prison- ers of war. Asad had been living in Kabul when it happened and the atrocities took place in the north, near the city of Mazar-e-Sharif. But he said that the story was consistent with what he knew of Dostum’s character. He was well aware of the warlord’s capacity for cruelty and he’d had many opportunities to see him in action when Asad was living in Mazar-e-Sharif, near the Qala-i-Jangi Fort where some of the POWs had been incarcerated before they were killed.

Asad briefed us on life under the warlord: Dostum ran northern Afghanistan as his private fiefdom and he exerted a level of control over people’s lives somewhere between that of a Mafia don and a medieval prince. In the years of Afghanistan’s civil war he had allegedly tortured and murdered people, including his own soldiers when they defied him. His men had sexually assaulted women and, in some cases, Asad had heard that they mutilated the women’s breasts. To challenge Dostum even over small matters was all but suicidal.

So we asked why he was willing to talk to us. Did he have a death wish? We had found no one else willing to say such things, never mind on the record.

He told us that he was deeply disturbed to see the United States collaborating with warlords and he hoped that, by speaking out, he would help to warn the foreign troops of their disastrous liaison with men who were, in his mind, war criminals. What good was it to rid his country of the Taliban only to empower those who had been robbing and murdering innocent Afghans for years? Asad could make no sense of it: Why would a country he admired, the United States, engage someone who shared none of its values? Dostum’s mayhem had been documented by any number of international human rights agencies well before Washington engaged the Northern Alliance as its surrogate. The U.S. could not be—or should not have been—ignorant of Dostum’s past.

Asad wasn’t naïve about politics. He had witnessed the self-serving nature of U.S. policy when the Americans had abandoned Afghanistan after the Soviet withdrawal. And yet he wanted to believe that this time they would see things differently if only there was some way of dem- onstrating the dangers of empowering the likes of Dostum. He also thought the Westerners who were arriving by the day, including those from Canada, would give him the security to speak freely for the first time in decades. Asad had been thrilled to see Americans and NATO forces chase out the Taliban. He believed that his country would now experience a renaissance and become a modern society where he could raise his family, educate his children, live in peace and speak his mind, if only the foreigners could get it right.

Asad agreed to give us an interview. He would say it all on camera. And he would take us to the north, into Dostum’s heartland, and show us what he considered to be a crime scene.

We sat for hours that afternoon, while fresh snow fell on Kabul, obscuring our view of the Hindu Kush, the mountain range we would need to cross in order to get to Mazar-e-Sharif. Someone from the hotel arrived with a barrel of sawdust to stoke our stove, providing enough warmth to get through the night. As the room filled with radiated heat, we sketched out a plan to investigate the relationship between Dostum’s Northern Alliance and the United States government. Asad would be our guide and the main character of our documentary.