How should cities design public spaces to serve the socially and culturally mixed communities that exist in the Greater Toronto Area?

The answer, which is not obvious, gets right to the essence of the challenges facing a region where over half the residents are born elsewhere, and where social, racial and economic segregation have grown steadily in recent decades. It is a region that needs public spaces where urban residents encounter one another, participate in recreational activities and share cultural habits.

Global cities like Greater Toronto are now hyper-diverse: home to intense social, economic, ethno-cultural, generational and identity mixing. In communities with nested and overlapping diversities, public spaces represent an essential and humanizing bulwark against social atomization — and, moreover, against the kinds of hatred that fester when we co-exist without creating ways of connecting with our neighbours.

But all too often, the custodians of public spaces — and especially municipal parks and recreation departments — have opted for the lowest common denominator when making design and landscaping choices: grass, a few sports courts, some benches and picnic tables, and maybe a piece of public art or a flower bed. Such anodyne spaces display a kind of aggressive blandness, and avoid any attempt to reflect the dynamic and complex communities they serve.

This mismatch between design and use was on Erin Shapero’s mind when, as a Markham councillor, she found herself presented with the opportunity to develop a park — Leitchcroft Park in Thornhill, just north of Toronto — to serve a new subdivision in an area where newcomers (Chinese, Persian and South Asian) now represent 60 per cent of the population.

After visiting a 2008 exhibit mounted by the urban design lab OpenCity, in which OCADU design students were asked to envision public spaces that speak to residents from all sorts of backgrounds, Shapero (who served as councillor from 2000 to 2010) wanted to apply those ideas to a real-world park.

The question was how.

“We literally had to make up a methodology,” says Wendy Gold, a brand strategist turned place-maker who founded OpenCity Projects in 2006. “We’ve totally broken the mould with this park,” Shapero adds.

Shapero (who now works for the climate and energy advocacy group Environmental Defence) and Gold began with research: focus groups, a small stakeholder panel and examining public space design conventions from other cultural traditions, including indigenous cultures. “We looked for patterns [that arise] across the different cultures. You don’t want to be too literal.” (Some public spaces take this very concrete approach to diverse design, installing elements such as bocce courts or Chinese arches.)

Certain themes soon emerged: the importance of “social seating” rather than benches; the need for shaded spaces and shade structures, which are a feature of public spaces in many parts of south Asia; the value of water, curving pathways and circles as a means of communicating harmony (feng shui); and the way public spaces can create a sense of tranquility or wellness.

When she canvassed participants, Gold also learned that circular shapes appear in the iconography of all three cultures represented in the vicinity of the proposed Leitchcroft Park, as well as in indigenous art and symbolism. Her team then undertook a similar research process to identify common natural materials and colours: “The residents couldn’t understand why Canadian parks use so much plastic, and are colourless except for the playgrounds.” Finally, they looked at incorporating more traditional program features, such as basketball courts.

OpenCity’s design team also considered the way public spaces — from a new park like Leithcroft to more established places — can adapt and grow to reflect the evolution of the communities they serve. “Flexibility is incredibly important,” Gold says.

She points to a handful of Greater Toronto examples where spaces have changed to not only accommodate local residents, but be guided by their aspirations for what these areas should become. The list includes places like Dufferin Grove Park, the subject of sustained neighbourhood activism orchestrated by resident Jutta Mason that’s led to new features like community gardens and a farmers market; Kensington Market, with its street art and car-free Sundays; and Thorncliffe’s heavily used R.V. Burgess Park, home to bazaars, container gardens and tandoor ovens. “These aren’t like most park spaces [in Toronto],” says Gold. “Each of them transformed into what the neighbourhood wanted.”

These places, which often evolved because of a few determined individuals, stand in sharp contrast to another approach that has become somewhat fashionable, especially in areas experiencing a lot of development: “Design for the sake of design,” as Gold says. Projects that fall into this category showcase high-concept public art or landscape design, but don’t really reflect the surrounding communities. “There’s gratuitous design and meaningful design.”

Shapero also says that even when residents and elected officials set out to create public spaces with a greater sense of connectedness, prosaic (and familiar) implementation problems can throw a spanner into the works: cost, bureaucratic resistance, language barriers, and sheer novelty. “The staff at the beginning weren’t so happy with the process,” she says of building Leitchcroft, “because it was so new.”

While  parks officials didn’t follow all the recommendations for Leitchcroft Park, Shapero is proud of the result, because it showed them  how to actively engage neighbours to work with one another and design a shared public space that isn’t just the same-old-same-old.

Indeed, she adds, the journey may have been even more important than the outcome. “The bigger piece is about people from different cultures who don’t know each other coming together to create something. That was the beautiful part.”

Journalist John Lorinc is a columnist at Spacing Magazine and co-editor of Subdivided: City Building in the Age of Hyper-diversity (Coach House Books).

John Lorinc is an urban affairs journalist and senior editor at Spacing Magazine. 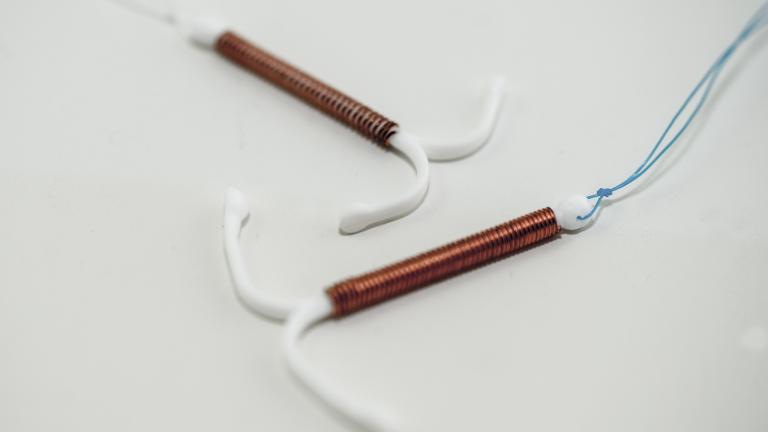 Health
Why this group wants no-cost contraception for all Ontarians
CoverContraceptiON, a physician-led advocacy group, says that the pandemic is exacerbating long-standing equity issues — and that the government must take action.
Shivani Persad
Society
Random Acts of Legacy
Coronavirus
Care Rationing During a Pandemic