How builders of the Rideau Canal lost their lives to malaria

Tonight on The Agenda in the Summer Ann Herring, an anthropology professor at McMaster University, discusses two cholera epidemics that struck Hamilton in the 19th century. Around the same time in Eastern Ontario, a different type of epidemic occurred: a strain of malaria called Plasmodium vivax became the largest cause of death along the Rideau Canal as it was being built between 1827 and 1832.

After the War of 1812, Upper and Lower Canada decided to build the Canadian canal as an inland defence system, trade and military route that was to be impenetrable by the Americans. Fourteen years after the war, Lt. Col. John By of the Royal Engineers was tasked with creating the Rideau Canal from Ottawa to Kingston. With the building of the canal came growth spurts of nationhood in the region. After the waterway was completed in 1832, Kingston became the nation’s capital in 1841; Queen’s University, one of Ontario’s first, was founded in 1841; and Canada’s first penitentiary was established. The Royal Military College of Canada opened a few decades later in 1876.

The establishment of the historic route, however, exacted a specific price: at least 500 men died from malaria during the construction of the canal, and sixty per cent of the workers in the southern Rideau contracted the disease each year of its construction. Ironically, there were comparatively few accidental construction deaths.

Many of the labourers were either French-Canadian or Irish. Some brought their families to the work sites, building rough shanty cabins, or the workers slept in cramped work camp structures with housing close to the swamps adjacent to the Rideau Canal site. Standing water, where mosquitoes breed, was an ideal opportunity for outbreak.

In South Eastern and Central Ontario, Anopheles mosquitoes spread the P.vivax strain of malaria, a less severe cousin of Plasmodium falciparum, which is typically found in Sub-Saharan Africa. Ordinarily the mortality rate for P.vivax is close to zero, but since workers were also prone to other diseases such as tuberculosis, dysentery and small pox, their already-compromised health could have been a contributing factor. Anopheles mosquitoes generally bite at night, when Rideau construction workers would have been shoulder-to-shoulder in cramped quarters, making it easier for the insects to travel from person to person. Once bitten, P. vivax stays in the blood and can be transmitted by mosquitoes from one human to the next.

At the time it wasn’t known that malaria was spread by mosquitoes. It was thought to be an ailment that travelled in the air, near swamps — hence the term malaria, derived from the Italian term for “bad air.”

There was no treatment for the disease, but quinine was known to prevent its contraction — a drug too expensive for construction workers to afford. All these conditions made working on the Rideau Canal not just a deadly proposition for workers, but also their families. In the first year of construction six women and 38 children died along the canal.

John MacTaggart was a British civil engineer and the chief clerk of works in charge of the project, reporting to Lt. Col. John By. In a telling journal entry upon his return from the colonies, he wrote about the Ague (malaria) he encountered while working on the canal:

“This is the most prevalent disorder: sometimes it proves fatal, but not generally so by any means. It leaves, however, dregs of various kinds behind it, which often end in dropsies, consumptions, &c. Those who have had it once will most likely have a touch of it every year. A moist, hot summer fosters it very much; and when we fairly take it, we are rendered useless for any active business for many months.”

Dr. Ian Crandall, a University of Toronto pharmacy professor who works on malaria research, says that while the disease hasn’t been seen in Ontario since the 1900s, it hasn’t been completely eradicated, either.  “There are some people out there who may be silent carriers of malaria,” he says. Carriers of the disease who don’t show symptoms, therefore, are ripe for a mosquito to spread it to someone with an immune system ready to succumb to malaria.

“The mosquitoes here are competent, which means they are capable of transmitting malaria,” says Dr. Kevin Kain, an infectious diseases and immunopathology specialist at Toronto General Hospital. “All they need is opportunity.”

The conditions that created that opportunity along the Rideau are unlikely to occur en masse again — people living along a swamp, in cramped quarters, without window screens or bug repellent — but Dr. Crandall says global warming could present a new one.

“It’s possible that climate change is going to cause a problem to Ontario simply because as we get slightly warmer, the mosquito season is slightly longer,” he says. “A little warming leads to a whole lot more malaria. 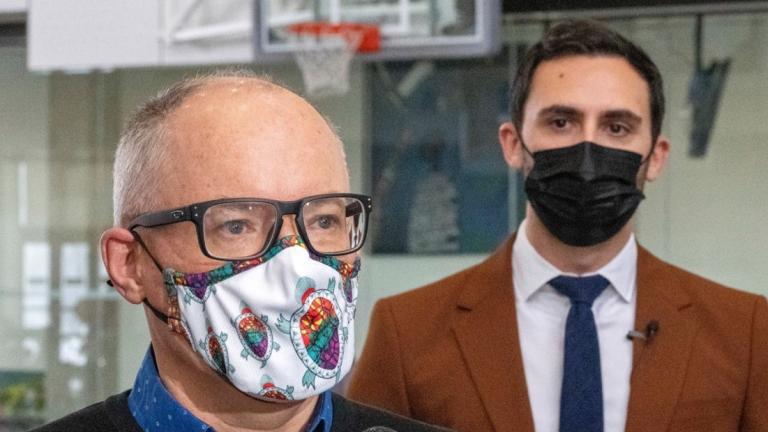