How being prepared to die can make your life better

By TVO Current Affairs - Published on Aug 18, 2016
Having a good death is "the kind of peace and acceptance I wish for everyone," says author and health care worker Yvonne Heath (right).

In her 25 years as a nurse, Yvonne Heath has often worked with patients facing death and witnessed families in distress over end of life decisions. On The Agenda in the Summer, she tells Nam Kiwanuka, “A good death is so personal … What a good death would be to you and your loved ones could be completely different from what I value and what I believe. I urge people to have conversations [about] what would be important to you at the end of your life.”

In this excerpt from her book, Love Your Life to Death: How to Plan and Prepare for End of Life so You Can Live Fully Now, Heath retells one of the stories she heard about how to plan a good death.

Homer lost his sight in an industrial accident at the age of 17. But that did not stop him from living his life fully. He married, had five children and blazed a trail for people with disabilities. He golfed, bowled, fished, and even had an interest in amateur radio. He lived philosophically, always seeing his cup as half full.

His daughter Sue shared with me, “My dad and I were close, not in the usual father-daughter way, but more from a perspective of respect, trust and mutual understanding. We were in sync. I was the helper, often my father’s eyes when he would be fixing the dryer or the stereo. We had our ‘teen years’ and he would lecture me, but more because he felt he should than he needed to. He laid a good foundation that kept me grounded when many of my friends floundered.”

As Homer’s journey to end of life approached, Sue sought out an opportunity to have a difficult discussion with her dad. While out doing errands one day, she and Homer drove to Arrowhead Provincial Park in Muskoka. She told him she would do whatever he needed her to do: be as strong as he needed her to be, ensure that all his wishes were honoured, and hold his hand. But then she added that she was truly sad and would miss him, their talks and his wisdom, and in this moment she just wanted him to hold her and to be his little girl for a few minutes.

Sue says, “He hugged me as much as one can hug in a van with bucket seats. Tears streamed down my cheeks, and his body heaved once or twice. And the moment passed. We each took a deep breath and closed up that box of emotions and moved on. That was our moment, not repeated or discussed again.”

As Homer began to make his final preparations, he asked Sue to bring his tie to the hospital so he could knot it properly. He also sent her to pick out a beautiful new suit, one that “your mother would approve of.” He wanted to look sharp at his visitation.

Homer asked his son-in-law to select lockets to be engraved for his wife and daughters, and he dictated letters for his family. In Sue’s letter, he expressed how proud he was of her, how much joy she had brought to his life, and how he wouldn’t have traded any of his experiences with her for anything, not even his sight. I have no doubt she will treasure that letter forever.

Ever practical, Homer even had Sue practice the eulogy he wrote, as he did not want anyone putting words in his mouth. He spoke of the great help and support he had, no matter what. Homer said he learned that you don’t have to see to be able to get along with life’s trivia, but was grateful for his invaluable guide dogs, who made him feel like he had gotten some of his sight back.

“It was a kind and gentle passing, a gift I believe from a greater power.”

When it was time to die, Homer’s family did not wonder what he would have wanted. They did not have to make last-minute plans or have debates about what should be done. All they had to do was let him go and begin to grieve the man they loved so much. All his planning, communication and obvious love for his family made the process much easier when the time came.

As he lay dying in his hospital bed, with his daughters at his side, Homer’s breathing became shallower. Being a nurse, Sue understood this to be part of the process and reassured her sister Sandy that it was going to be okay. She held her dad’s hand and said, ‘Jump!’ He was a man with a quiet and personal faith, and this was Sue’s way of saying – take the next leap of faith. Sandy, confused at first, followed her lead and said, “Yeah Dad, jump!” And with his loving daughters by his side, a life lived fully, a death well planned, he did.

“It was a kind and gentle passing, a gift I believe from a greater power,” Sue told me. “In some way I believe that because he embraced his own death and did his very best to face it with both eyes open despite being blind, the gift in return was a gentle passing. He deserved that, and as a daughter, I was grateful.”

When I think of Homer’s beautiful story and the priceless gifts he gave his family – the preparations, the lockets, the letters – I am certain they will be forever grateful. Thankfully, he had the time, and took the time, to do what he did and to give what he gave. Imagine what they would have missed out on if it had been too late. What if he had waited too long and lost this opportunity?

Homer lived a good life and a good death. This is the kind of peace and acceptance I wish for everyone. But sadly, it is not always so. In more than 25 years as a nurse, I have often witnessed our society’s death phobia and how our reluctance to talk about, plan and prepare for grief, death and dying causes excessive suffering in our lives, and at the end of our lives. My mission – my new purpose – is to help change that, so that when our journey here is complete, we can all say, “It was a good death.”

Excerpt from Love Your Life to Death by Yvonne Heath is published with the author’s permission.

The Agenda in the Summer
Occupy Wall Street: Protesting the One Per Cent 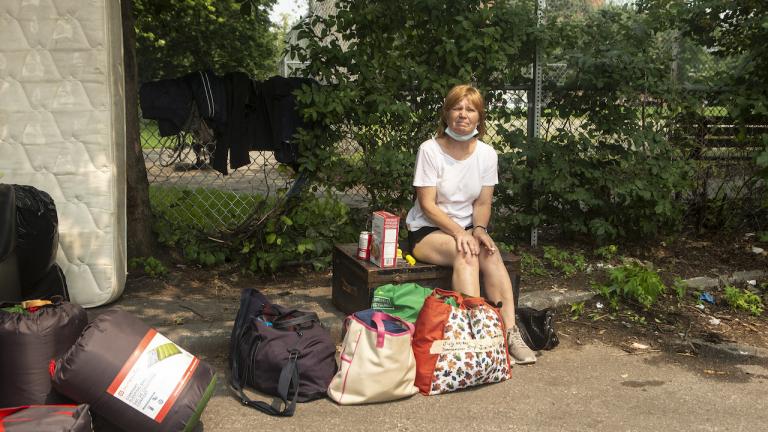 Society
Who are city parks really for?
Michael Rancic