How angry is the Tory backbench right now?

OPINION: Until someone in the PC caucus accepts that responsibility starts at the top, this is going to get worse, not better
By John Michael McGrath - Published on Apr 19, 2021
Finance Minister Peter Bethlenfalvy after delivering the budget on March 24. The budget-implementation bill is slated to return for a final vote later this week. (Frank Gunn/CP)

The Doug Ford government has not, as of Monday, come anywhere close to fixing what it broke on Friday. That could cost the Tories the next election, if Ford even makes it that far.

It’s often said that success in politics is about dividing your enemies and unifying your allies. Ford, his cabinet, and his caucus have managed the rather spectacular feat of dividing their allies and unifying their enemies. And the task of getting back on a solid footing for next year’s election is going to be in large part about trying to reverse the damage of the past two weeks — and especially the damage of the past 96 hours.

I’ve already explained why the reversal on schools closures was such political poison for the government, and I won’t reiterate that here. But it’s important to say that, if Education Minister Stephen Lecce’s announcement last week (was it only last week?) gave voters the impression that the government has totally lost control of the pandemic, the events of Friday and Saturday made it undeniable. TVO.org colleague Matt Gurney has explored this further, and I won’t reiterate that, either. The government has lost control of the pandemic, and it’s casting about for someone else to blame. Until someone in the PC caucus accepts that responsibility starts at the top, this is going to get worse, not better.

What’s not necessarily obvious to people outside Queen’s Park is that this is one of the only moments in the political calendar when the Progressive Conservative backbench has real leverage, if they want to use it. The government’s budget-implementation bill, introduced by Finance Minister Peter Bethlenfalvy on March 24, has made its slow progress through second-reading debate and the committee stage, and it's slated to return to the legislature for a third-reading debate and final vote later this week.

The budget bill is a must-pass item for the government and contains effectively all the government’s planned pandemic-response measures until at least the fall. The opposition parties will almost certainly vote as one against it, but they don’t have the numbers to actually stop it. They’d need a dozen or so PC MPPs to join them in opposition — fewer, if some of Tories who’ve been ejected from the caucus since 2018 join with them.

Make no mistake, this would be the nuclear option: in normal times, defeating a budget bill would almost automatically trigger a new election, as it would demonstrate the government had lost the confidence of the house. For that reason, it’s usually not worth speculating about — it’s basically unimaginable in Ontario politics that backbench MPPs would defy their party leadership so dramatically.

But these are not normal times, and it’s not obvious right now what would actually happen next if the government were to lose this key vote. What is obvious is that the backbench has leverage right now only if they’re willing to use it. And there’s a ticking clock here: once the budget bill has passed, nobody can force a confidence measure on the government that it doesn’t itself want to bring to a vote (the rules at Queen’s Park are different from those of the federal parliament, where the opposition retains this power).

If the backbench doesn’t extract meaningful, durable concessions from the government now, they won’t get another chance until next year, when the PC budget is effectively going to be a re-election campaign document. This is even more true with the news, which broke Sunday, that the government is looking to suspend the legislature after getting some key measures, including the budget, passed this week. The government would love to send MPPs back to their constituencies for some time to cool the temperature at Queen’s Park, and maybe the PC caucus would like that, too. But once this moment has passed, the government will be back in full control of the agenda, and the backbench will be powerless once more.

But being powerless wouldn’t mean they’d get a reprieve from having to defend the government’s actions, including the closing of the legislature — another massive embarrassment for the government if you think about it for even a moment: MPPs are going to get paid time off when they were supposed to be sitting at Queen’s Park so that the Tories can avoid another embarrassing vote denying the same privilege to essential workers in this province? (Liberal Michael Coteau’s paid-sick-leave bill is scheduled for a vote on Thursday.) And a government that preened and distinguished itself from the federal Liberals over its ability to keep the legislature functioning during a pandemic is now going to concede that it’s failed to keep a safe workplace in the same way that they’ve failed to keep workplaces safe for workers around Ontario? This isn’t an image-management problem; this is policy failure compounding policy failure.

The problem — and you knew there would be one — is that it’s not obvious that the Tory backbench actually has a coherent set of grievances. Some MPPs might be angry that the cabinet isn’t listening more to the clear scientific consensus on pandemic response; others are clearly just as angry that the government has opted for more lockdowns in the face of a threat they still don’t fully accept the reality of. It’s entirely possible that the Ford government will bumble its way out of this crisis simply because everyone who hates them happens to hate someone else more.

That might work this week. But it’s a poor foundation for a re-election strategy. 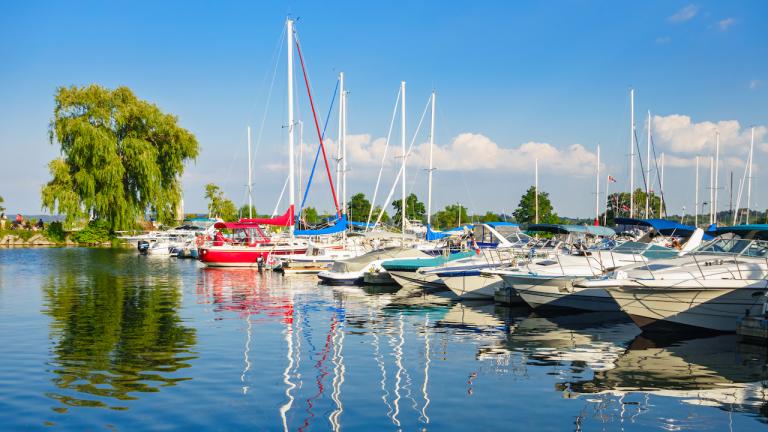