How an urban farming collective is planting seeds of change

Fresh City Farms works with community groups to offer fresh produce to people who don’t have their own plots of land
By Gregg Thurlbeck - Published on Aug 18, 2017
Downsview Park is the site of the main field and greenhouse for Fresh City Farms. (Fresh City Farms)

When I was growing up in Winnipeg in the 1960s, summer was a time for outdoor chores such as cutting the lawn, dealing with dandelions, and tending to the vegetable garden. My family dedicated about a quarter of our backyard to growing peas, carrots, beets, potatoes, 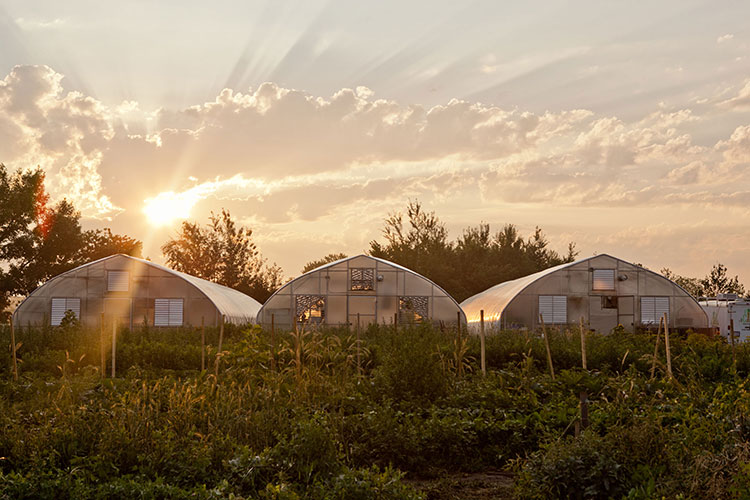 tomatoes, beans, and some years, even corn. My brother, sister and I may have whined about the work, but we certainly enjoyed the fresh food that resulted from our little plot.

But since I moved to Toronto in the 1980s, aside from a few attempts to raise a tomato plant or some herbs in pots, growing food has not been a part of my urban experience. And with more and more city-dwellers residing in apartments and condos, the opportunities to “grow it yourself” are fewer.

There are plenty of newspaper and magazine articles each spring full of advice and encouragement for the backyard gardener, but if someone only has access to a tiny balcony the options for food production are rather limited. The neighbourhood may have green space for a playground or a soccer field, but finding a place to plant and hoe can be a real challenge.

These constraints have spurred on projects at schools, and through community garden organizations in cities across the province. And a number of businesses have recognized the opportunities presented by offering locally grown produce to a clientele willing to pay for fresh, environmentally low-impact food. But there are some obstacles – from zoning issues to distribution – that have to be addressed before such a business can succeed. 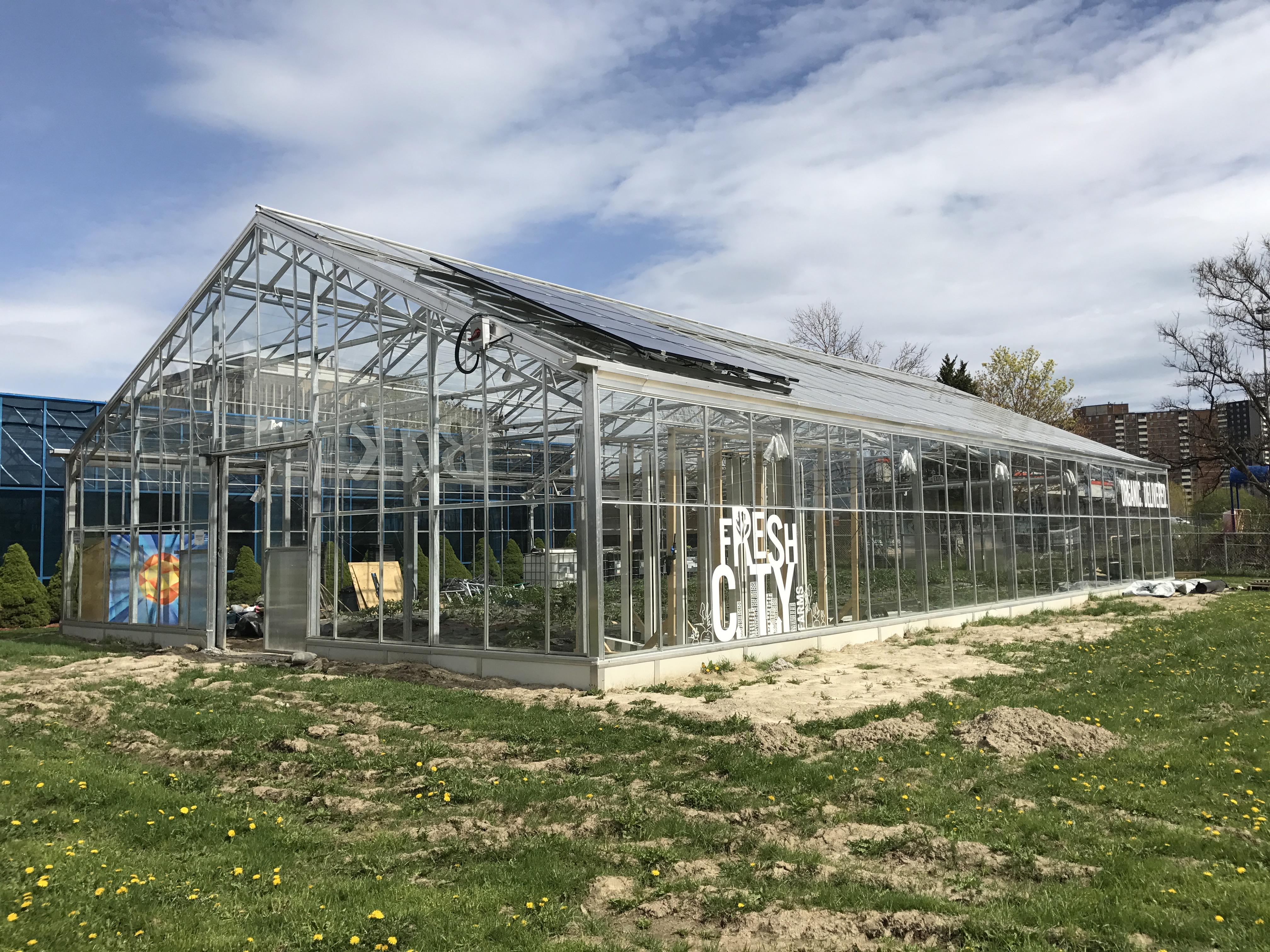 Fresh City Farms is the brainchild of Ran Goel, a former Wall Street investment lawyer, who decided to follow his passion and create a company that mixes social activism and business savvy to address issues including food insecurity and the environmental impacts of farming. Fresh City Farms has partnered with community groups such as the Black Farmers and Food Growers Collective. The group aims to cultivate a collection of farmers within Toronto’s black community, particularly in the Jane and Finch area close to the Downsview Park, the site of Fresh City’s main field and greenhouse .

On an episode of The Agenda in the Summer, Goel and Jacqueline Dwyer, one of the founders of the Black Farmers and Food Growers Collective, spoke to Nam Kiwanuka about the collaboration between Fresh City Farms and the member farmer groups that participate in the urban farming program at Downsview Park. With recent research published in the Canadian Journal of Public Health indicating that, “29.4 per cent of adults in food-insecure households reported using a home or community garden for food, compared with 43.5 per cent of those in food-secure households,” issues of access to land for urban farming become apparent. Goel believes that “the ability to grow your own food should be a right of every person living in the city. And the city should furnish that right by, for example, opening hydro corridors to be able to be farmed.”

Fresh City Farms has expanded into a new plot of formerly-unused land owned by Baka Mobile, building a greenhouse next to Highway 427.  As Fresh City’s website says, “Fully self-contained and off-grid, the greenhouse boasts a rain water capture and irrigation system and uses solar energy to power the fans.”

Local food is gaining new advocates both within community groups and the private sector. But collaborations between these two parts of our urban existence are creating truly innovative ways to put food on the table.

Gregg Thurlbeck is a producer at The Agenda with Steve Paikin.

Opinion
Why many laid-off restaurant workers don’t want to go back
OPINION: Talent drain was a problem even before the pandemic. If restaurants want to reverse it, they’ll have to become better places to work.
Corey Mintz

Environment
‘So much waste’: How can we cut down on food-delivery plastic?
Rebecca Tucker
sfy39587stp16