When Camille and Roger Dundas launched ByBlacks.com, they wanted to provide a platform for celebrating Black Canadian history, and to amplify the stories of Black Canadians' contributions to their communities.

“My favourite stories are the ones we do on Black business owners and entrepreneurs that I've never heard of,” says Camille, the editor-in-chief. “I love bringing their stories to light because I know with 100 per cent certainty that story is going to inspire at least one person to go into business, to follow their dreams, to stop putting limits on themselves, to stop saying ‘one day’ and [start saying] ‘day one.’”

The magazine, founded in 2013, profiles business owners and prominent Black Canadians and also highlights the contributions that Black people have made to Canada's history. Six months ago, the site also launched a social media campaign under the #BlackHistory365 hashtag, to highlight key people and events throughout the year. Camille and Roger rely on community elders and the Ontario Black History Society to help them round out their research — source material isn't always available in standard texts.

“It’s incredible that the Canadian history books omit not only most of Black Canadian history, but African history as well,” says Roger, publisher of the website. “In Africa, we had thriving industries and societies … So we decided to educate ourselves, and our readers, about our Black Canadian history. I believe it puts us in the right perspective to understand why we need to have campaigns such as [the city of Toronto’s] Anti-Black Racism. Negative feelings towards Blacks have been handed down from generations of racist families.”

Camille and Roger have told the story of Oro Township — a Black settlement in Simcoe — and the fascinating life of Mathieu da Costa, the first recorded free Black person in Canada, who worked as a Mi’kmaq translator for European settlers. 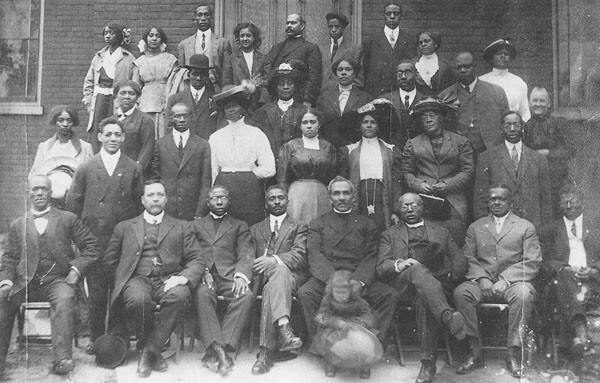 Byblacks.com plans to expand its focus outside Ontario and to feature more stories from across the country. While the site celebrates the contributions of Black Canadians, it also wants to acknowledge and to help correct our spotty and often misty-eyed view of Canadian history.

While Canadians often don't know that Black people were enslaved here, for instance, and not just in the United States, ByBlacks tells the story of Peggy Pompadour, who fought against her captivity and that of her children. She was jailed and tortured in a prison on a site now occupied by the King Edward Hotel in downtown Toronto.

Similarly, Camille says, “Most of us have never heard that James McGill, the founder of McGill University, had six slaves of his own. Or of Marie Joseph Angelique, a slave resister who was hanged for allegedly burning down her owner's home, destroying much of what is now called Old Montreal.”

Camille says it’s important for Canadians to acknowledge that our country’s role in slavery wasn’t limited just to the Underground Railroad.

“Black history is Canadian history, but it's not treated as such ... Most people have no idea that slavery existed right here,” she says. “Because it's not taught in schools across the board and it's not part of the public dialogue … So there’s a part of me that feels Black History Month is patronizing. It feels like, okay, yeah, let’s give you a nice pat on the back during February, but you’re not actually important enough to be acknowledged or entrenched in the history books.”

But Camille stresses that Black Canadian history wasn’t limited to slavery: “Black Canadians were also pioneers and worked hard to build this country just like anyone else. Look up Amber Valley, Alberta, Henry Steed, and the Edwards family.”

Their projects also focus on more recent history.  They have reported on the West Indian Domestic Scheme of the 1960s, which forced mothers to leave their children in the Caribbean in order to qualify for the program; and on Howard Shearer, the first non-Japanese president of Hitachi Canada.

While there are other sites that focus primarily on the Black community — like BlackPages.ca and BlackinCanada.com — ByBlacks.com has made some people within and outside Black communities uncomfortable simply by virtue of its name.

“I've had white people say, ‘Oh, could you imagine if I started an online magazine called ByWhites?'” Camille says. “I just laugh and remind them that the vast majority of media in this country already reflects the white narrative. So why would you need to start a magazine with that name?

"On the flip side, I've had Black people refuse to advertise their business on the site because they don't want people to think of them as a 'Black mortgage agent' or a 'Black insurance broker' … If you're a Black business owner that doesn't want to reach Black customers ... well, then okay. I'll just let you think about that.”

CORRECTION: This story has been updated to reflect that material is published on both the ByBlacks.com website and via the publication’s social media campaign, #BlackHistory365.