How a little wooden ramp reshaped an Ontario city

Kenora’s downtown wasn’t accessible for people with physical disabilities. But thanks to municipal effort and some help from a Toronto-based non-profit, its streets are changing
By Glyn Bowerman - Published on Mar 12, 2019
The Toronto-based StopGap Foundation, founded in 2011, distributes custom-made ramps that make businesses more accessible. (facebook.com/StopGapFoundation)

The small city of Kenora has a picturesque harbourfront and a shopping district lined with turn-of-the-last-century frontier buildings. It’s pretty as a postcard — but it had a problem. As is the case in many of Ontario’s smaller communities, the downtown was not accessible for people with physical disabilities.

“The buildings are older; the infrastructure is older,” says Sharon Smith, a city councillor who serves on the city's accessibility advisory committee. “So it's hard to address all of those issues.”

About 30 years ago, Smith's brother was in an accident and had to start using a wheelchair. He was forced to leave Kenora for Thunder Bay because he simply couldn’t get around.

“He had to change his entire life because he had limited mobility,” says Smith.

The city formed an accessibility committee to advise city departments about how to meet legislated standards. In 2014, Denise Miault, a coordinator with Community Services for Independence North West and then a member of the committee, reached out to Luke Anderson and the StopGap Foundation.

After having been partially paralyzed in an accident in 2002, Anderson decided to use his engineering background to develop simple solutions for the challenges he and others faced. In 2011, he founded the non-profit foundation, which distributes colourful custom-made ramps that make businesses more accessible.

To date, Anderson has worked with more than 50 communities, including Bancroft, Belleville, Port Hope, and Stratford.

“Smaller towns are more nimble,” says Anderson. “The awareness-raising journey is much shorter than it is in a larger centre.”

A local StopGap chapter was established in Kenora to install a ramp in front of now-councillor Mort Goss's Second Street South shop, Sure Thing, in the summer of 2014.

Goss says that, before the ramp was installed, there had been a five-inch gap between the sidewalk and the door. One of his friends, who uses a mobility device, would have to wait outside while Goss did his shopping for him.

“It was frustrating,” says Goss. “And for him, it was pretty dehumanizing.”

The ramp had such an impact that, when it came time to spruce up Second Street the next year as part of an ongoing downtown-revitalization process, the city decided to make the accessibility it provided  part of its built infrastructure by raising the sidewalks. Anderson says that he's seen StopGap lead to policy changes in various municipalities but that Kenora is the first to have made this kind of structural change.

“It's a big win,” says Anderson. “That's the ultimate dream — to inspire that type of change.”

But many worry that such changes aren’t being implemented fast enough across the province. The Accessibility for Ontarians With Disabilities Act, which became law in 2005, requires that municipalities meet certain accessibility standards, relating to everything from sidewalk widths to hiring practices, by the year 2025.

“It doesn't seem to be a priority,” says Miault.

Anderson is more pointed: “It's not going to happen.”

He points to the fact that the five Standards Development Committees tasked with outlining AODA requirements were put on hold before the last election. Three of these committees have yet to reconvene since the Doug Ford government came to power in June. There have been no policy announcements from Raymond Cho, the minister for seniors and accessibility, or from the ministry itself.

On March 8, an accessibility review of the provincial legislation and its effectiveness — conducted by former Lieutenant-Governor David Onley and submitted to the government on January 31 — was made public.

“The glacial pace of change over the past 14 years has left the disability community deeply disappointed and filled with anger,” the report reads. Among its recommendations are reactivating the standards-development committees, making accessibility the shared responsibility of all ministries, and introducing tax incentives for accessible retrofits, a complaint system to report AODA violations, and new built-environment standards.

A spokesperson for the ministry told TVO.org in an email that, as a first step, the SDCs dedicated to healthcare and education will resume and that the business community will be consulted: “This report has broad implications and I will be having conversations with my colleagues about the recommendations over the coming months.”

In the meantime, the province announced $1 million last month for phase four of Kenora's revitalization, which will include beautification, water and sewer-line upgrades, and the creation of pedestrian-friendly spaces. All new city projects, Smith says, are now developed with accessibility in mind.

Both Smith and Miault look forward to an accessible splash-pad park scheduled to open this summer. 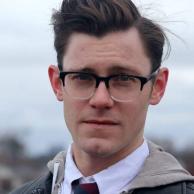 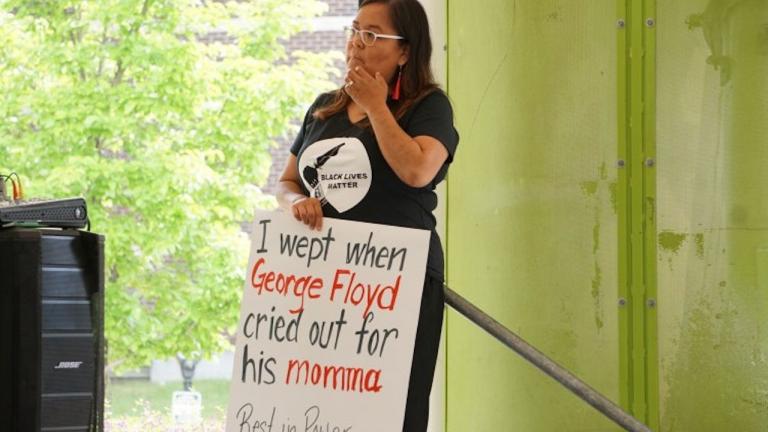 Coronavirus
Should Manitobans be allowed to visit their Ontario cottages?
Jon Thompson
sfy39587stp16