What researchers are finding in Great Lakes fish raises concerns about aquatic ecosystems and human health
By Gwyneth Boone - Published on Nov 17, 2021
The brown bullhead catfish is a warm-water fish that can be found throughout southern Ontario. (Noel Burkhead/Wikimedia/CC BY-SA 2.5)

In 2015, a handful of University of Toronto researchers in a small boat hauled in a brown bullhead catfish from Hamilton Harbour, on the western tip of Lake Ontario. This summer, they reported that the fish had broken a world record — it contained 915 synthetic particles, the most ever recorded.

“I've been studying microplastics for a long time,” says Chelsea Rochman, a coauthor on the resulting study. “And this is the study that blew me away."

The brown bullhead was one of 212 specimens examined during six years of research on plastics pollution led by Keenan Munno at U of T’s Rochman Lab and published in Conservation Biology this summer. Munno and her team discovered synthetic particles in each. In the bullhead, some of the smallest, called nanoplastics, had migrated from its digestive system to its skeletal muscles: the fillets often sold in grocery stores.

Experts say such discoveries highlight the need for additional research into nanoplastics and their effects on ecosystems and humans — and for action to curb Great Lakes pollution.

Scientists have monitored microplastics for roughly 50 years. The small particles, which are less than five millimetres long, come from sources such as clothing and industrial processes. Freshwater systems are at a higher risk for plastic contamination, due in part to their proximity to the chemical plants and waste-water systems typical around urban and industrial areas. An estimated 22 million pounds of plastic waste finds its way into the Great Lakes each year. When consumed by fish, the plastics do not decompose but instead disintegrate into smaller and smaller pieces. The nanoparticles accumulate in fish across their lifetimes and are eventually consumed by organisms higher on the food chain. The nanoplastics are also capable of absorbing toxins and pollutants in waterways, spreading them to the fish who ultimately consume them.

Thanks to improvements in microscope technology, international researchers have recently begun investigating plastics on the nanoscale — 0.0001 millimetres and below. Although they come from the same sources as their micro counterparts, nanoplastics carry greater potential for harm, as they travel more freely and pose a higher risk of cellular interference.

Researchers say that, because of their microscopic size and relatively large surface area, nanoplastics interact differently with cells than microplastics do. When ingested, nanoplastics can permeate intestinal cell walls and pass from the digestive tract into the bloodstream. Instead of being excreted following consumption, they can accumulate in such vital organs as the gut, liver, kidney, and brain. The accumulation of synthetic particles in these key areas has been linked to inflammation, oxidative stress, and immune response in animal studies.

So what are the possible effects on people? There is data that suggests that micro- and nanoplastics ascend the food chain through consumption. While you may not make a habit of eating Great Lakes fish, they’re a well-studied example of what is happening in bodies of water around the world — which means you’re likely consuming seafood that has been exposed to some level of nanoplastics.

Daniel Cyr first became interested in the toxicology of nanoplastics when performing ecological studies of fish in the St. Lawrence River. Earlier this summer, he was awarded a $1 million grant from the National Sciences and Engineering Research Council of Canada to better understand the effects of nanoplastics on barrier systems in the human body.

Cyr, who leads a lab out of the Armand-Frappier Research Centre in Montreal, hopes to analyze nanoplastics’ potential to act as a catalyst for worsening disease states. “[Nanoplastics] might have much broader, subtler effects on development of diseases and on how these diseases differentiate, how they get worse or get better,” he says. “These have consequences to neuroscience, neurodegenerative diseases, female reproduction, and in the male reproductive tract.”

The accumulation of nanoplastics in parts of the human body causes inflammation at tissue barriers and, Cyr says, may damage or alter these barriers in ways that could contribute to the body’s immune responses. For example, nanoplastics can interact with the blood-brain barrier, disrupting cellular function. There are a number of neurodegenerative disorders and conditions that are linked to the alteration of this barrier, including Alzheimer’s disease, multiple sclerosis, stroke, and epilepsy.

Cyr is also studying the effect of inflammation on fertility: “If we look at infertile men, we always see these barriers being altered. We know that this is a critical aspect of fertility, and we think nanoplastics will cause a similar effect.”

He says his team is entering nanoplastics toxicology research “on the ground floor.” Though large-scale research is still relatively new, experts say that, in order to avoid these potentially hazardous health effects, nanoplastics must be stopped at the source.

Christopher Hilkene, CEO of the non-profit Pollution Probe, hopes to do just that. The organization works with plastic-waste-producing industries to prevent plastics from ending up in the Great Lakes.

Pollution Probe uses two types of filtration technologies: a skimmer that acts as a floating trash bin and a stormwater drain and catch basin (while they filter only plastics larger than five millimetres, they help stop plastics at the source, when they are in larger fragments and before they can disintegrate into nano-sized pieces). The organization analyzes the plastics and works with producers to put better production and disposal systems in place. “There is good momentum and action happening,” Hilkene says.

But Pollution Probe’s efforts will not be enough to slow the accumulation of plastics, he says. There needs to be widespread public awareness and support. “The technologies we have in place can’t solve the problem on their own,” he says. “The program was never designed to do that.”

In the meantime, experts worry that the problem will continue to grow. “It’s not only an issue for waterways. It’s an issue for anyone eating aquatic species,” Cyr says. “Humans are part of this ecosystem. Generally, when we see effects in wildlife, we see effects in humans. This becomes a global phenomenon.” 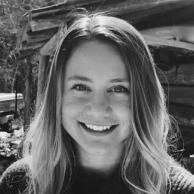