SUDBURY — He’s long been recognized for his encyclopedic knowledge of the game and his high-spirited calls —  “Holy Mackinaw!” has become part of the Canadian lexicon — and now Joe Bowen, longtime play-by-play announcer for the Toronto Maple Leafs, is officially getting his due: on November 12, the Sudbury native was inducted into the media wing of the Hockey Hall of Fame.

The 67-year-old Foster Hewitt Memorial Award winner has no plans to retire any time soon. In fact, this summer, Bowen and his broadcast partner, colour commentator Jim Ralph, signed a five-year radio deal to call Leafs games on TSN and Sportsnet. He joined the Leafs in the 1982-83 season, having worked with both the OHL’s Sudbury Wolves and AHL’s Nova Scotia Voyageurs. More than 3,000 Leafs games later, Bowen spoke to TVO.org by phone about his storied career.

Member of the Hockey Hall of Fame — how does that sound to you?

It's the culmination of a career. I’m extremely humbled and very proud. I know so many of the people that have won the award. They're great people. It's a great club to be able to be a small part of.

When you watch or listen to the game, do you ever critique those who are doing your job?

It would be hard not to. You appreciate some of the guys that do different disciplines, different sports, and you appreciate their work. I don't think there is any question that you sit and go, how good is this guy? Maybe sometimes you might be a little critical of people that do it differently. It's kind of hard not to do that.

You’ve covered other sports, including university basketball, professional lacrosse, and boxing. What stands out for you?

When I was in Halifax, I did a lot of boxing, and I did a Larry Holmes-Trevor Berbick heavyweight-championship fight. I knew Trevor well from him living in Halifax and from when he fought Muhammad Ali in Ali’s last fight ever. We did that fight from Nassau, in the Bahamas. I did a lot of boxing in those days, and that kind of fed into the hockey fights whenever they happen.

What are some of your favourite calls?

Probably the Nik Borschevsky Game 7 goal in ’93 [when the Leafs beat the Detroit Red Wings in the first round of the playoffs]; the “Bless you, boys” call, with the Leafs winning in Ottawa [Game 6, 2002 Eastern Conference Semifinal]; and Mats Sundin’s 500th goal, in 2006. There's a few of them.

“Holy Mackinaw!” Where did that come from?

My dad used to say it when I was a kid. I'd be sitting on his lap, and Johnny Bower would make a great save, and my dad would exclaim, “Holy Mackinaw, what a great save by Johnny!” My father died when I was 14. I never used the term during junior or the American league or five years into doing Leafs games. We were doing a game in Chicago, and Felix Potvin made a great save, and I blurted it out, and I wouldn’t have used it again, probably, if Bill Watters, who was doing colour with me, hadn’t fallen off his chair and laughed uproariously. And I thought, if I got that response from him, and it was fun, maybe I’ll use it again. We have used it for some good.  We sold “Holy Mackinaw” T-shirts for leukemia research, since my third son, Sean, had leukemia when he was a year old. He is now 27 with a clean bill of health.

After all these years, are you still having as much fun?

Oh, yes. I love the players and everything that surrounds the games. My broadcast partner, Jim Ralph, we have a great deal of fun. I worked with lots of guys who had a great sense of humour, so we’re always having fun. The challenge is the travel part — being away from family and important events that you wish you were at.

Do you have any advice for those who want to be the next Joe Bowen?

Be yourself and have fun. Don't be afraid of the microphone. Develop your own personality and your own style. Don't try to mimic somebody.

Coronavirus
How the pandemic is making it harder for truckers to make pit stops
Truckers spend long hours on the road keeping the supply chain up and running. They need to stay rested and fed — but COVID-19 is making that tougher in northern Ontario.
Nick Dunne 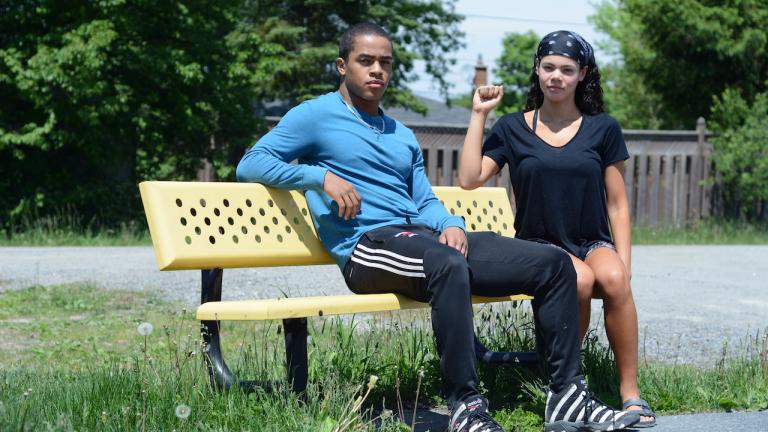