Here’s who Toronto should rename Dundas Street after

You may not have heard of her — but her act of resistance helped lead to the first anti-slavery legislation in Canada
By Daneese Rao - Published on Nov 10, 2021
Toronto city council voted to rename Dundas Street on July 14, 2021.

In 1793, Lieutenant-Governor John Graves Simcoe named a street in what would become the city of Toronto for his friend, the Scottish politician Henry Dundas. This past summer, 228 years after the fact, Toronto city council voted to rename Dundas Street, citing its namesake’s role in delaying the abolition of the slave trade in the British empire by 15 years.

City staff are set to present new suggested names in the second quarter of 2022 —  and historians say they need look no further than one of Dundas’s lesser-known contemporaries.

The same year that Simcoe named Dundas Street, he made history by introducing the first anti-slavery legislation in Canada. The province’s top colonial officer was inspired to enact the law after learning of the bold resistance of an enslaved woman in Queenston: Chloe Cooley.

Cooley was enslaved by Adam Vrooman, a United Empire Loyalist sergeant who lived in Queenston, Upper Canada. There are few biographical details in the historical record about Cooley; it’s unclear whether she had children or family. According to Afua Cooper, a professor of sociology and history at Dalhousie University, based on what historians know about other enslaved women who lived during this period, Cooley would likely have done “household work like cooking, cleaning, washing the floors” or “agricultural or horticultural work, farm work,” including such tasks as “milking the cows, making butter, making soap.”

On March 14, 1793, Vrooman restrained her with ropes and violently forced her across the Niagara River so that he could sell her in New York State. But Cooley would not go quietly.

Detailed accounts are limited, but, according to witnesses, Cooley “screamed violently and made resistance” while Vrooman committed a “violent outrage” by “delivering her against her will to persons unknown.”

Natasha Henry, the president of the Ontario Black History Society, writes that “this was not the first time Cooley fought against her bondage. She regularly protested her enslavement by behaving in ‘an unruly manner, stealing property entrusted to her on Sergeant Vrooman’s behalf, refusing to work and engaging in truancy (leaving her master’s property without permission for short periods of time and then returning).”

No records indicate what happened to her after 1793. But witnesses brought word of the incident to Simcoe and the Executive Council of Upper Canada.

Simcoe had supported anti-slavery measures while he was member of British parliament and was surprised by how widespread slavery was in Upper Canada. The incident, which came amid  growing abolitionist sentiment in the region, prompted Simcoe to introduce the Act to Limit Slavery in Upper Canada.

The act did not mandate the outright abolition of slavery and allowed for the sale of enslaved people within the province and to the United States. Still, it was the first legislation of its kind in the British Empire and barred the importation of enslaved people into Upper Canada — and included provisions for the gradual emancipation of those born in the province after 1793.

Henry notes that Canada’s national story is often told through the lens of victory and expansion — both of which are deeply linked to imperialism and colonization. As a result, “the people who engaged in that are the ones who are going to be celebrated and documented and become key figures in the historical narrative.”

Cooper says that, for much of the country’s history, the focus has remained on the white settlers traditionally considered the pioneers of the nation. Meanwhile, the contributions and labour of both free and enslaved Black people have gone unrecognized. Within this narrative, she say, “are these Black bodies that have kind of been pushed into the shadows, even though during that time, the historical time period of slavery, they were very much there working for white people, giving their labour, their talents, their intellectual property, their brains, their children — because slavery was generational.”

Cooley’s story, “helps us understand the personal experiences of those who were enslaved, particularly women,” Henry says.

And it deserves to be better-known, says Cooper: “Her story should be taught in schools. Because of her body, because of her act of resistance and act of defiance, then Upper Canada could pass this act limiting slavery in the province.”

In her view, renaming Dundas Street after Chloe Cooley would be “fabulous.”

According to Henry, we should consider renaming spaces after people who have made positive contributions and reflect the collective values of the community. When it comes to Cooley, she says, it is important to remember “what her scream and her voice symbolized in those moments of subjugation, violence, and silencing.” 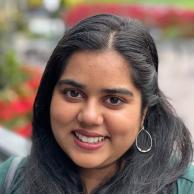 Daneese Rao is a Dalla Lana fellow in global journalism at the University of Toronto. She writes about history.

History
Remembering Lincoln Alexander at 100
On what would have been his 100th birthday, we remember the legacy of former Lieutenant Governor of Ontario Lincoln Alexander with former Ontario premier Bob Rae and Erika Alexander.