Ontario has released a more detailed plan for the second phase of its vaccination drive, with more details on who is next in line to be vaccinated for COVID-19
By John Michael McGrath - Published on Mar 05, 2021

Ontario’s second phase of the vaccination plan will focus on immunizing older residents and those in areas that have been hardest-hit with outbreaks, following previously-published advice from the province’s Science Table. The table suggests that the hybrid approach will prevent more infections, more hospitalizations, and more deaths than simply targeting people by age alone.

The province will also prioritize people with specific medical conditions that put them at higher risk of hospitalization and death from COVID-19, including organ transplant recipients and people with intellectual or developmental disabilities, before turning to essential workers who cannot work at home — food processing workers, teachers, and, later on, specific retail and infrastructure workers.

The province’s online and phone-based registration system is expected to open to the public on March 15, as previously announced, though it is being used in a pilot form already in some public health units.

Friday morning’s presentation by provincial officials did not include the announcements from earlier that morning that Pfizer will be providing 1.5 million more doses of its vaccine in March than previously projected, nor that the Johnson and Johnson vaccine has been approved by Health Canada. Officials say that the plan can accommodate any volume of supply from the federal government and manufacturers.

The presentation can be read in its entirety below. 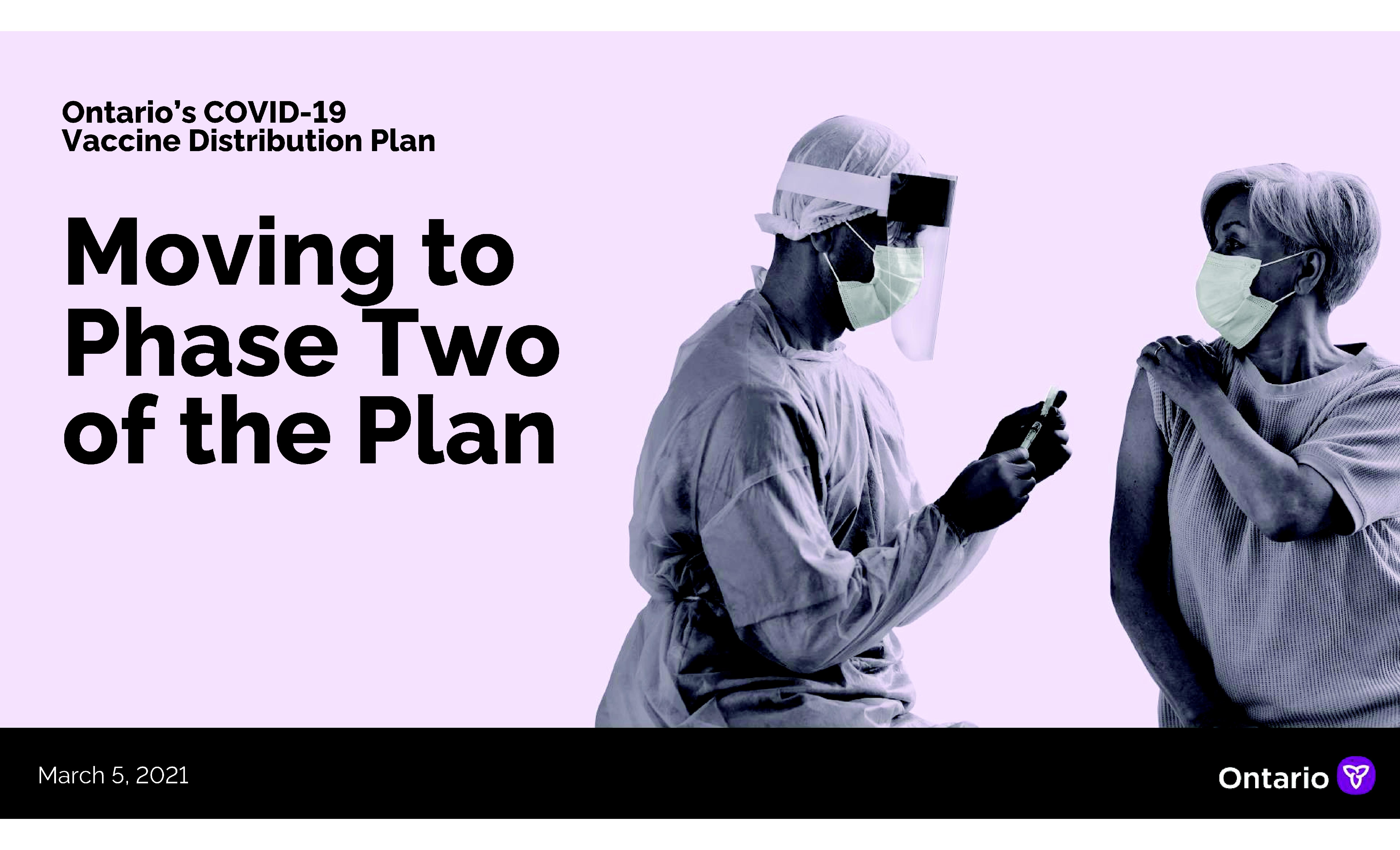 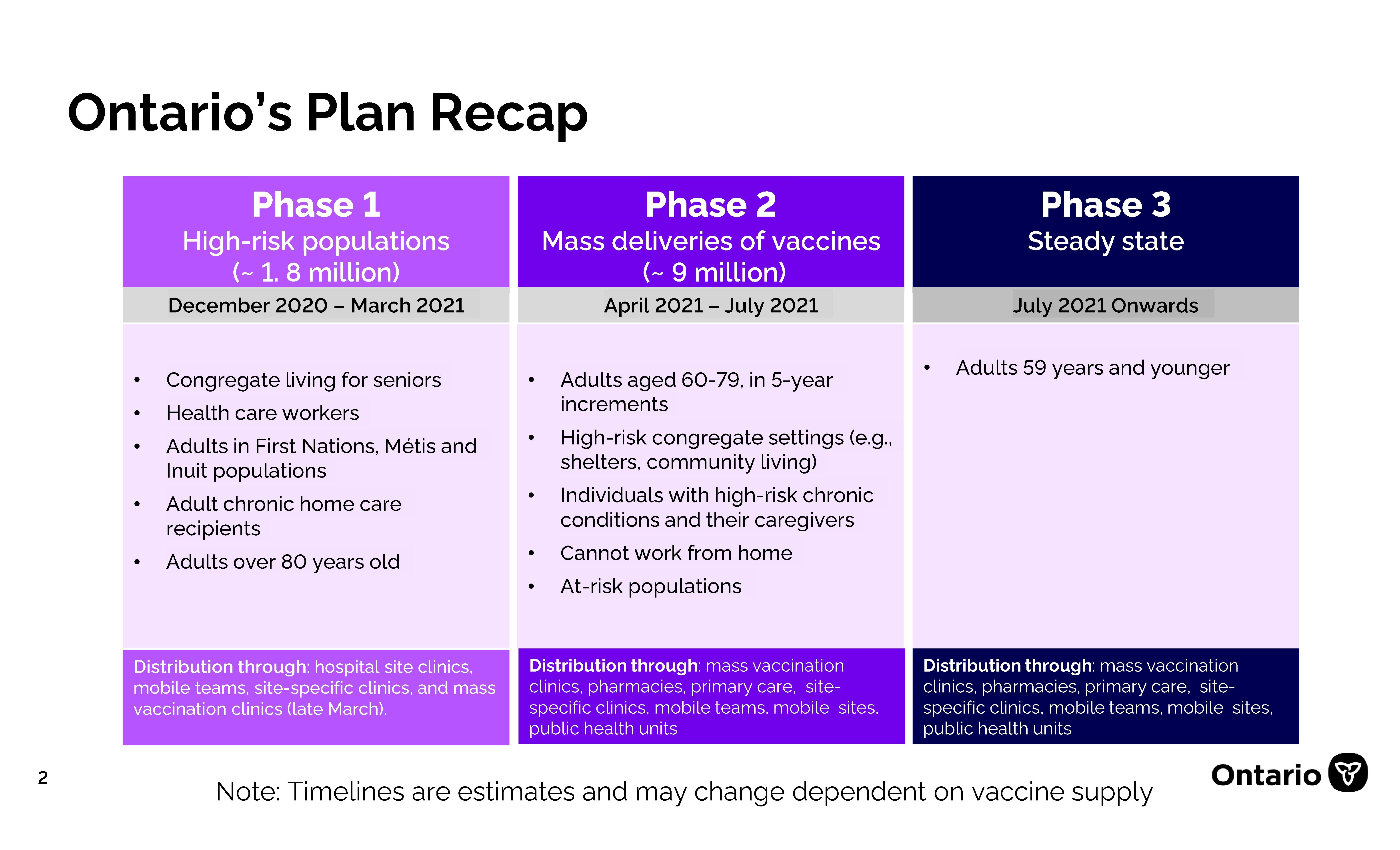 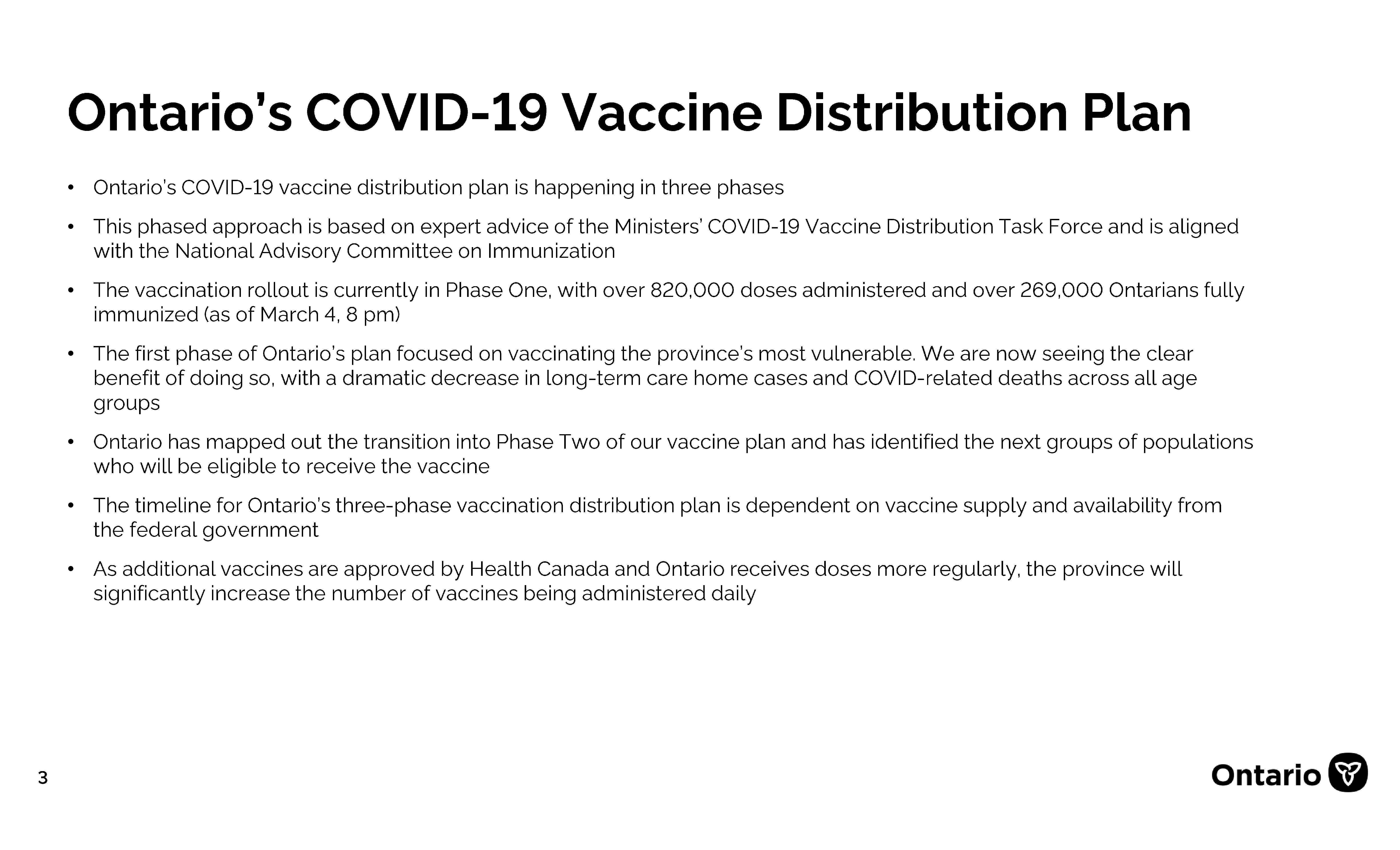 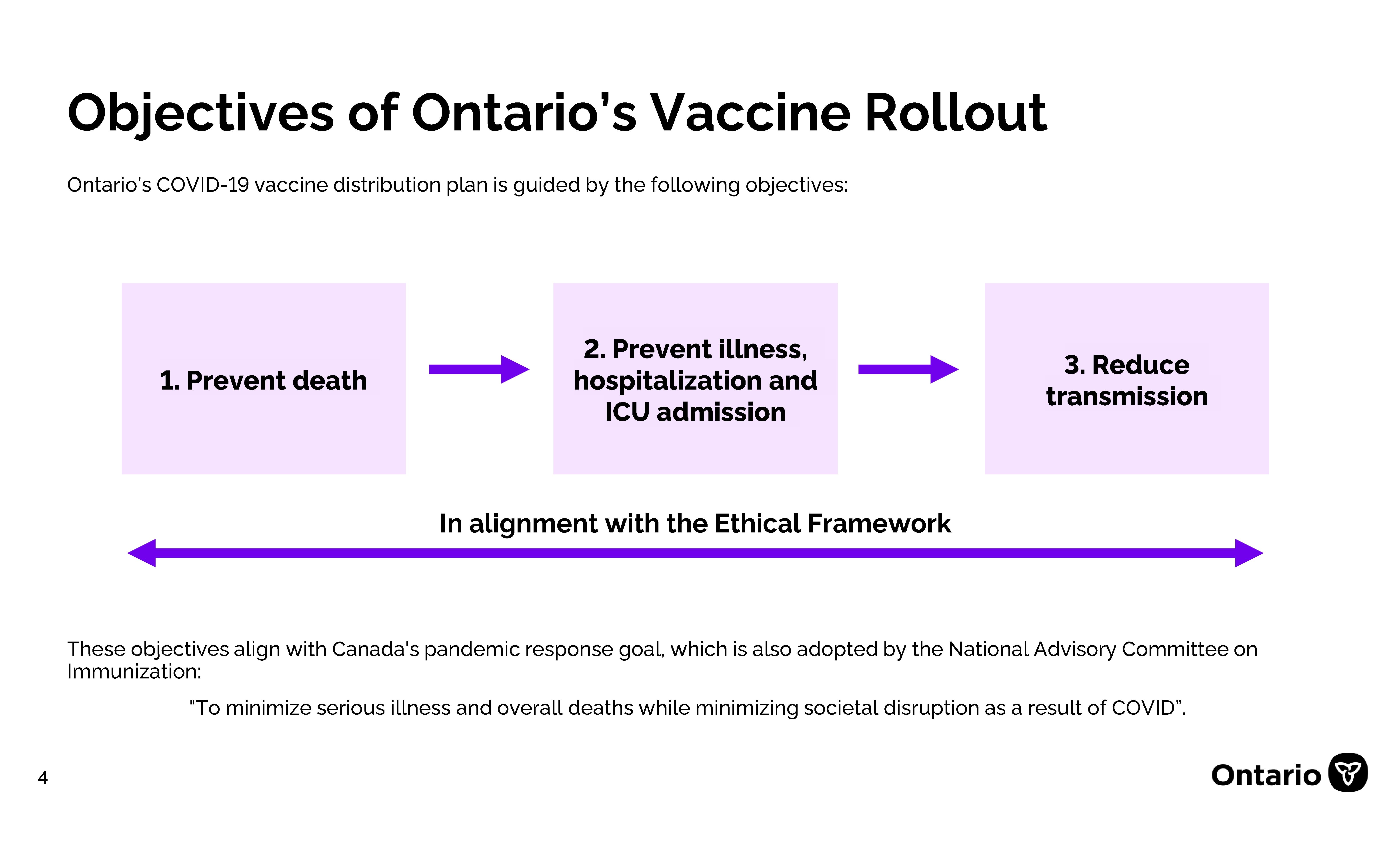 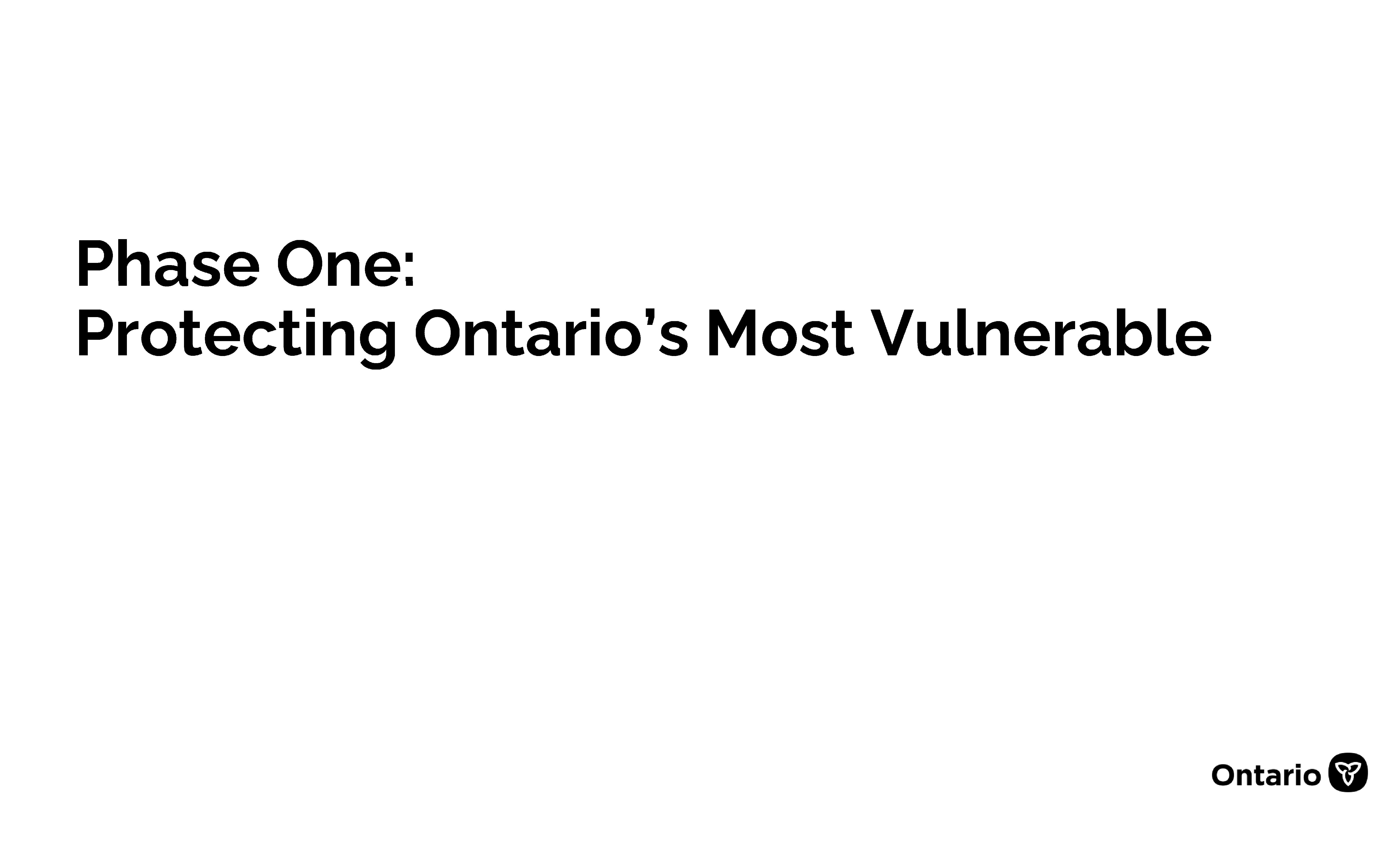 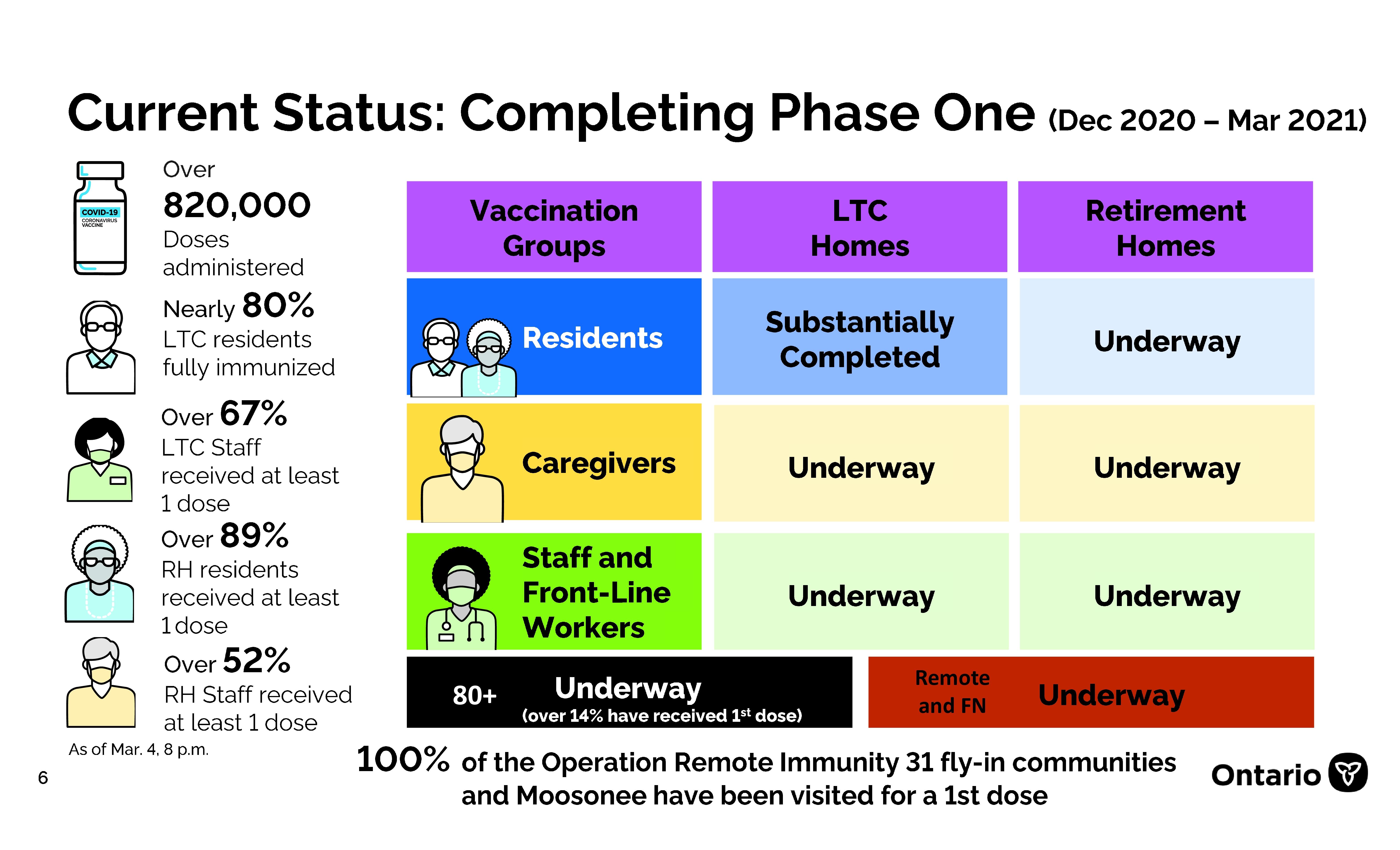 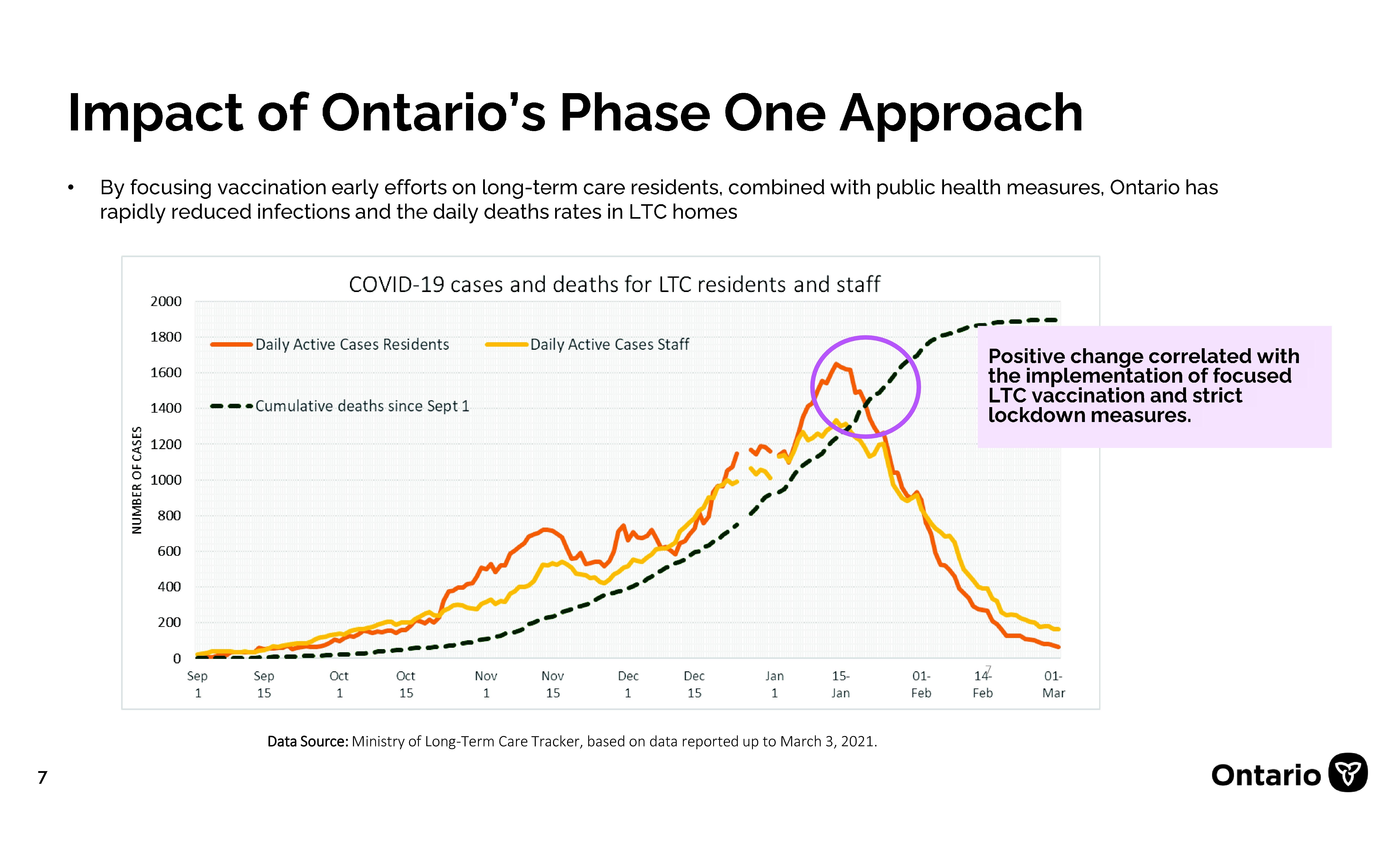 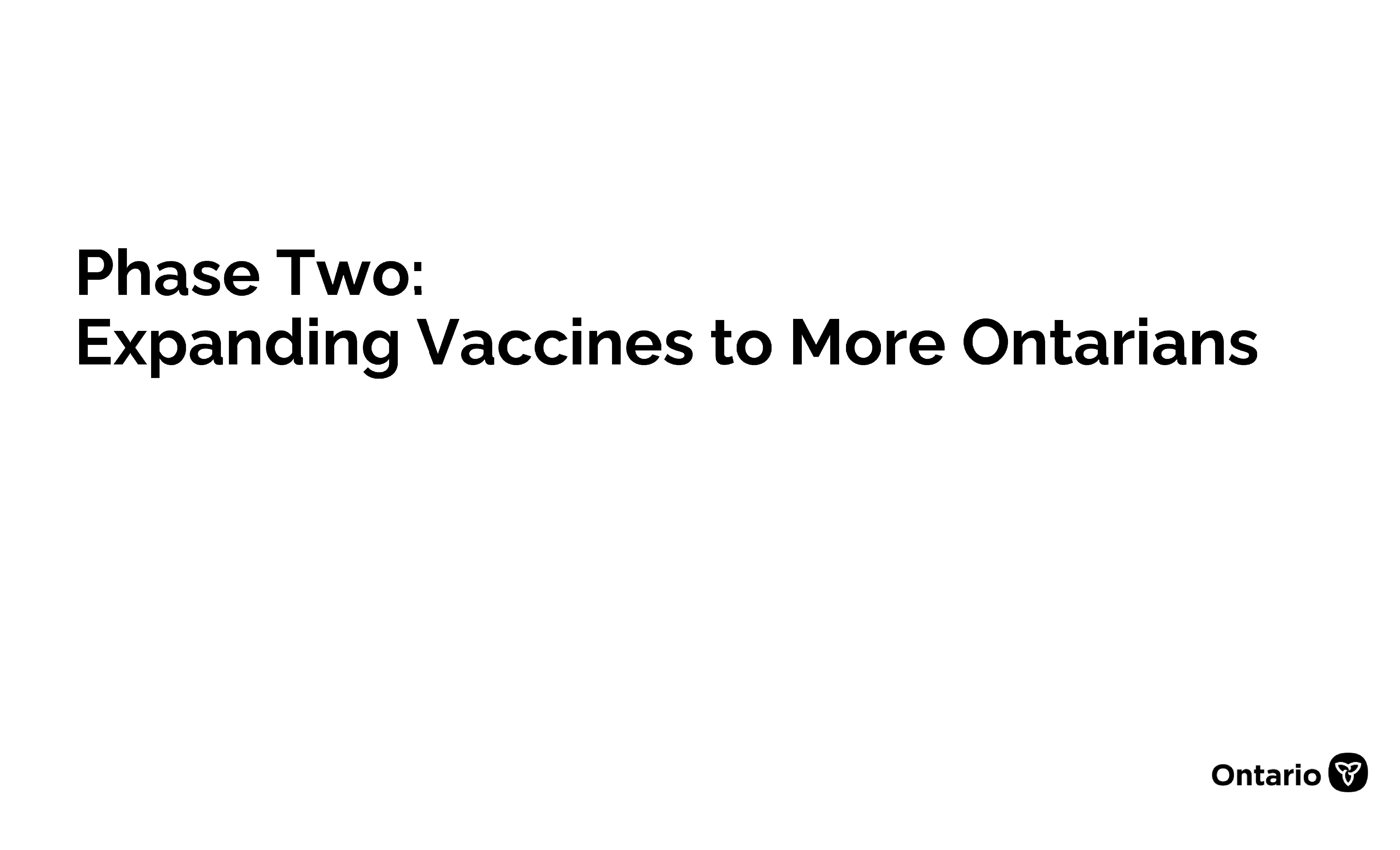 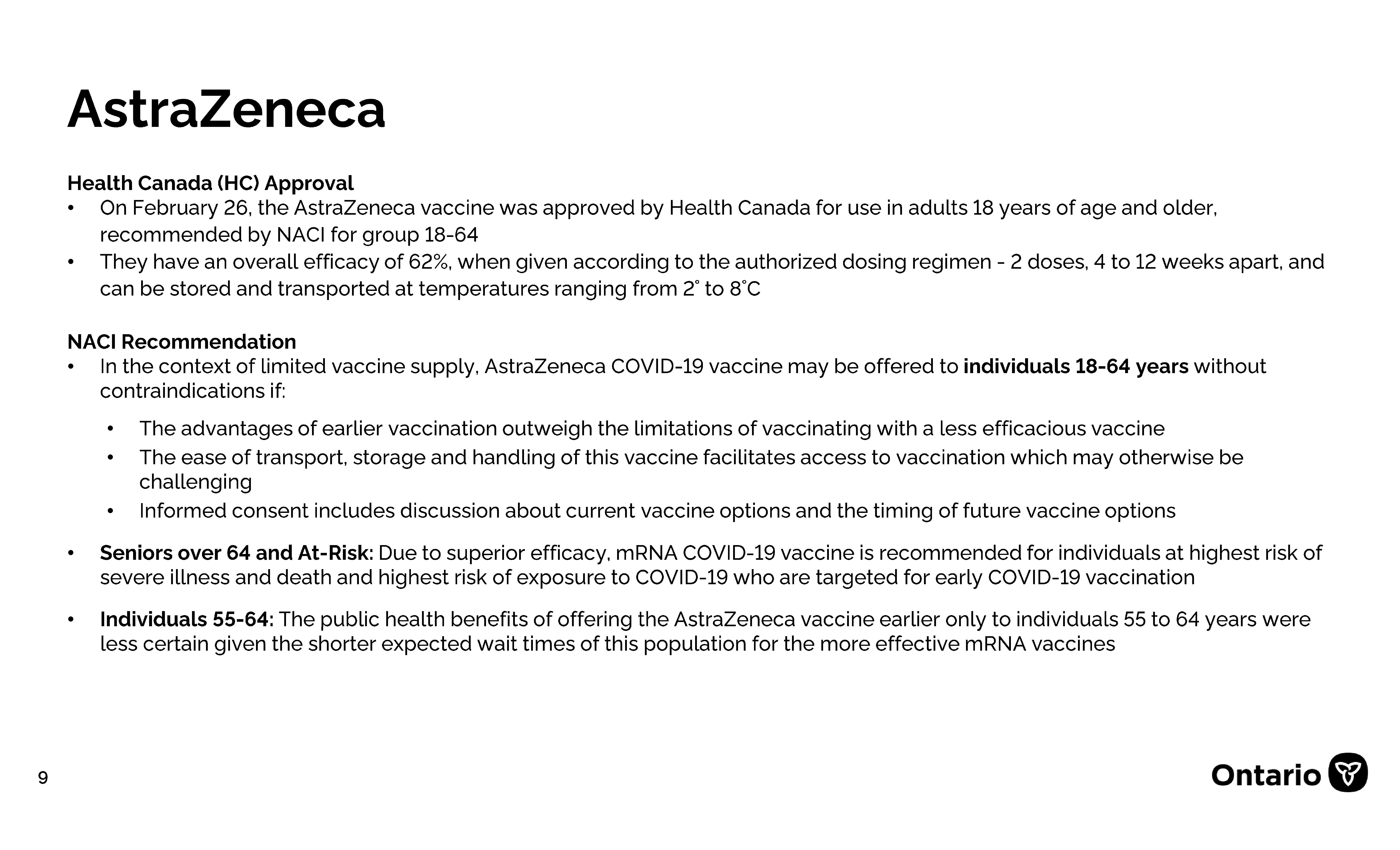 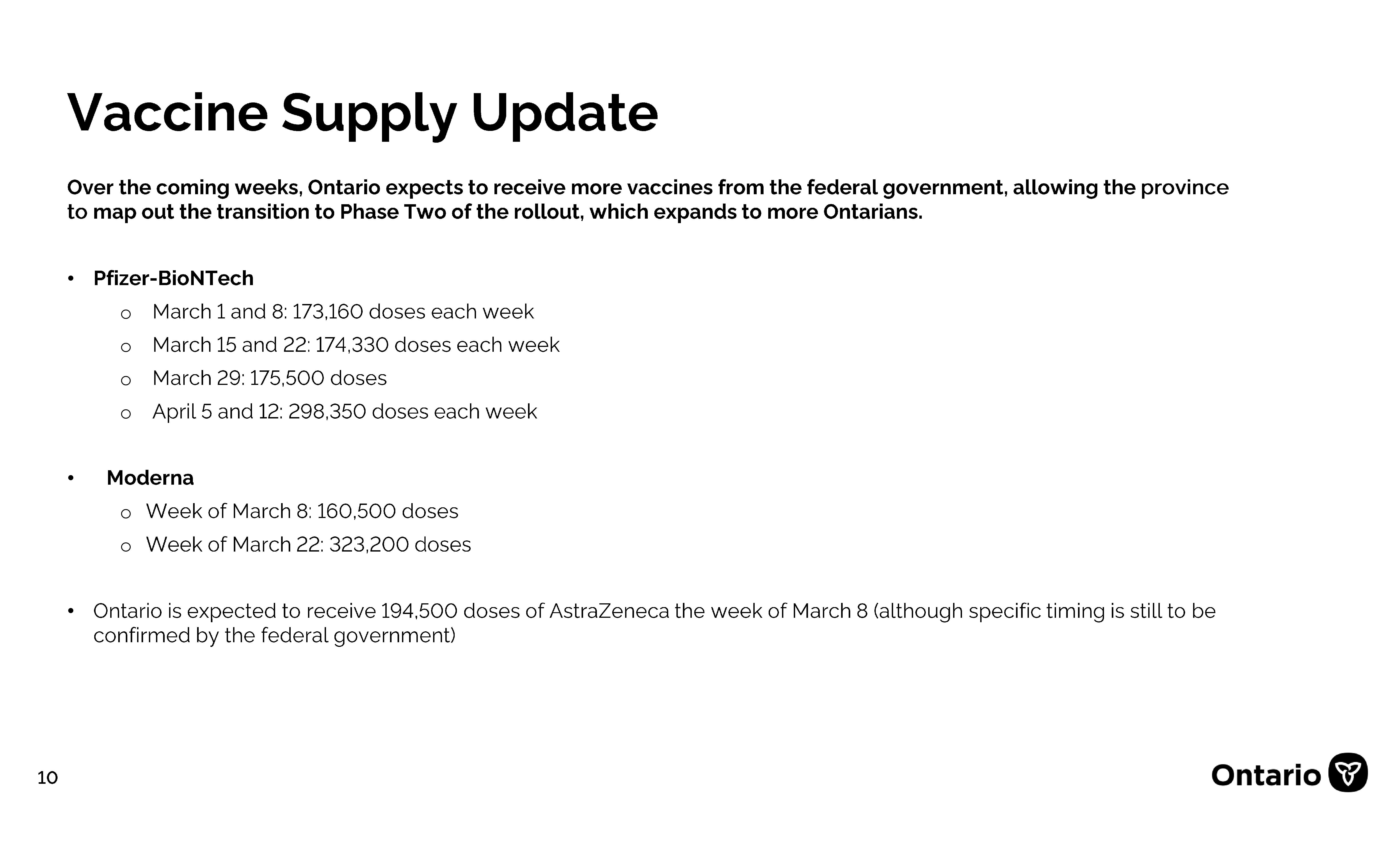 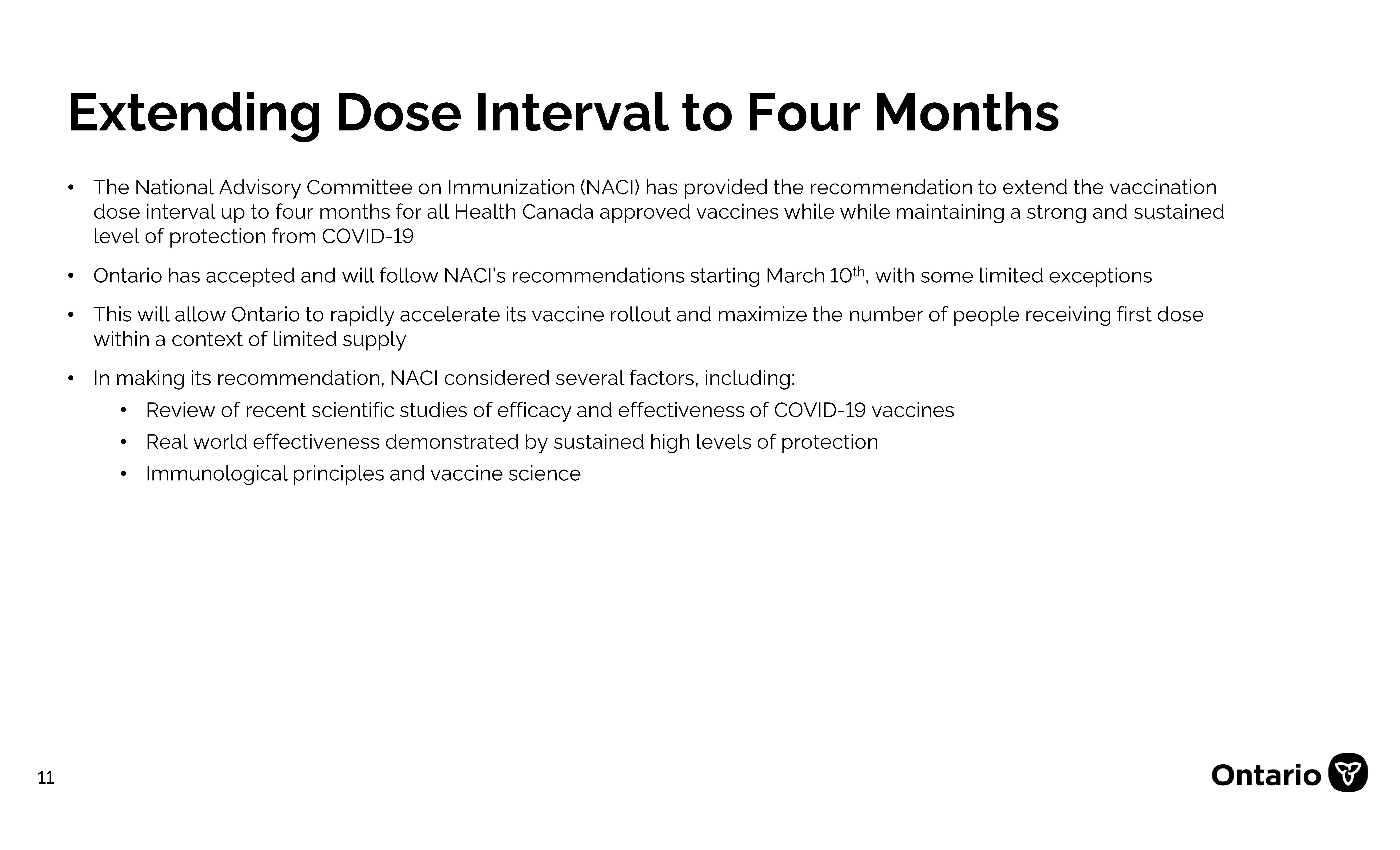 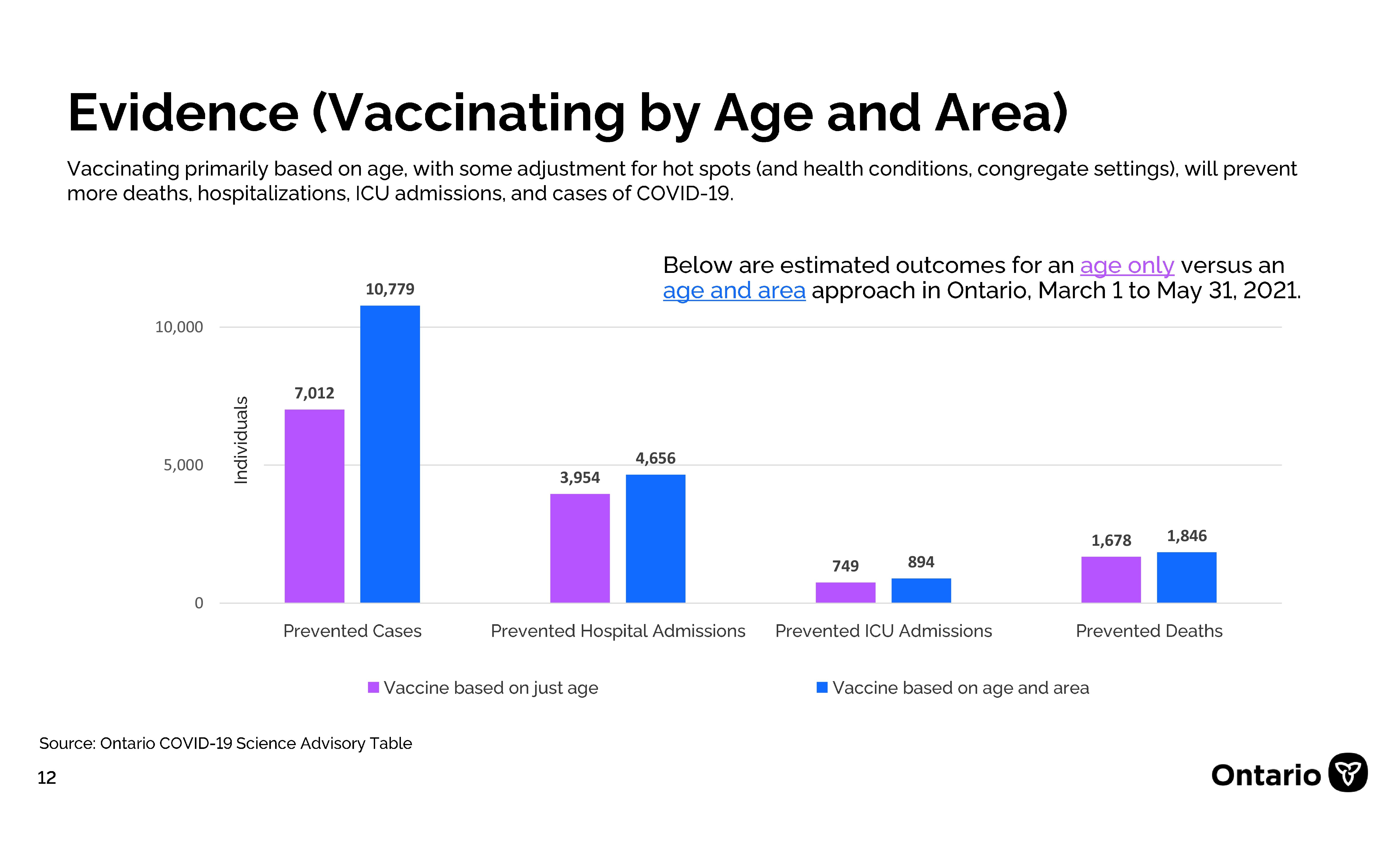 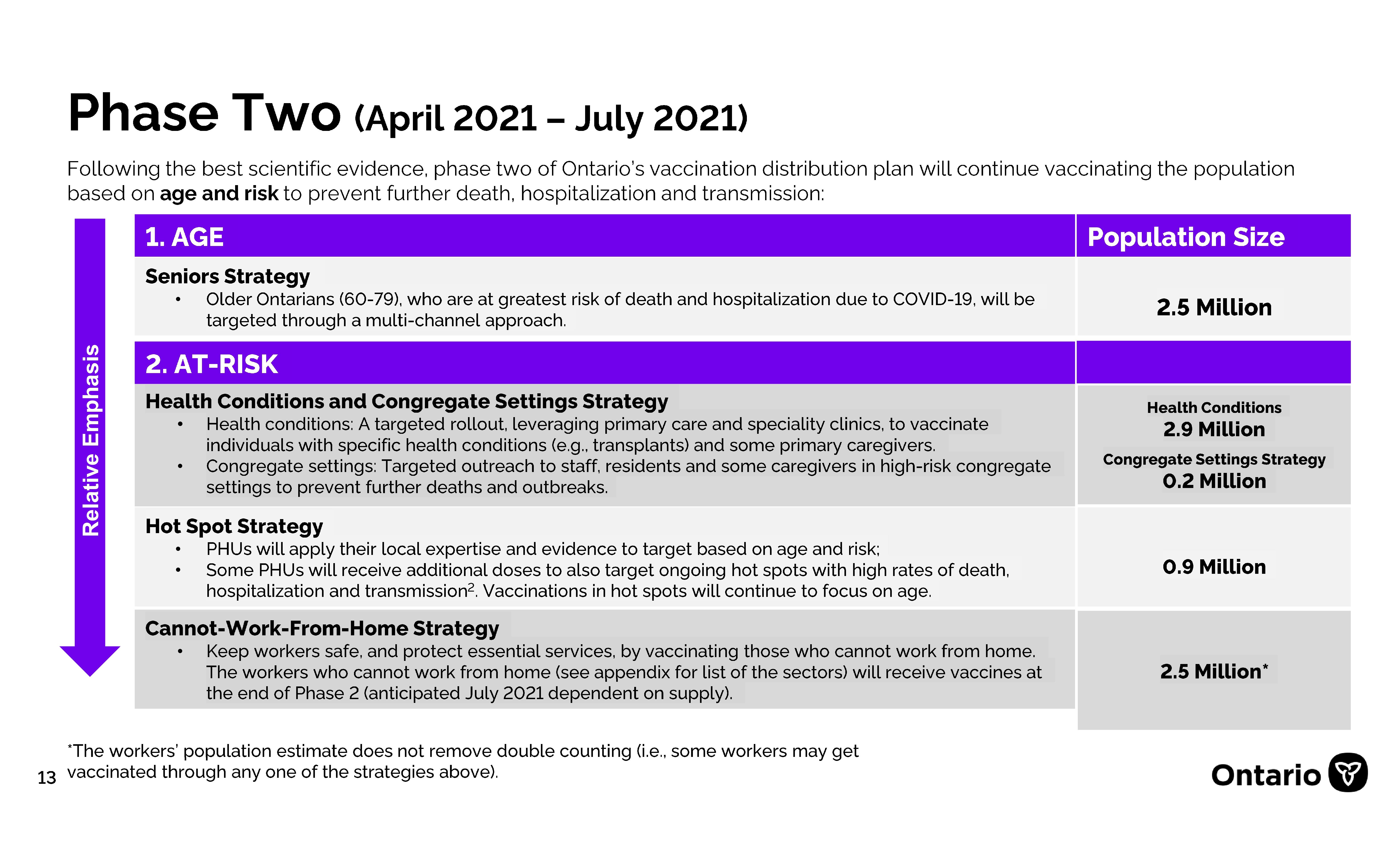 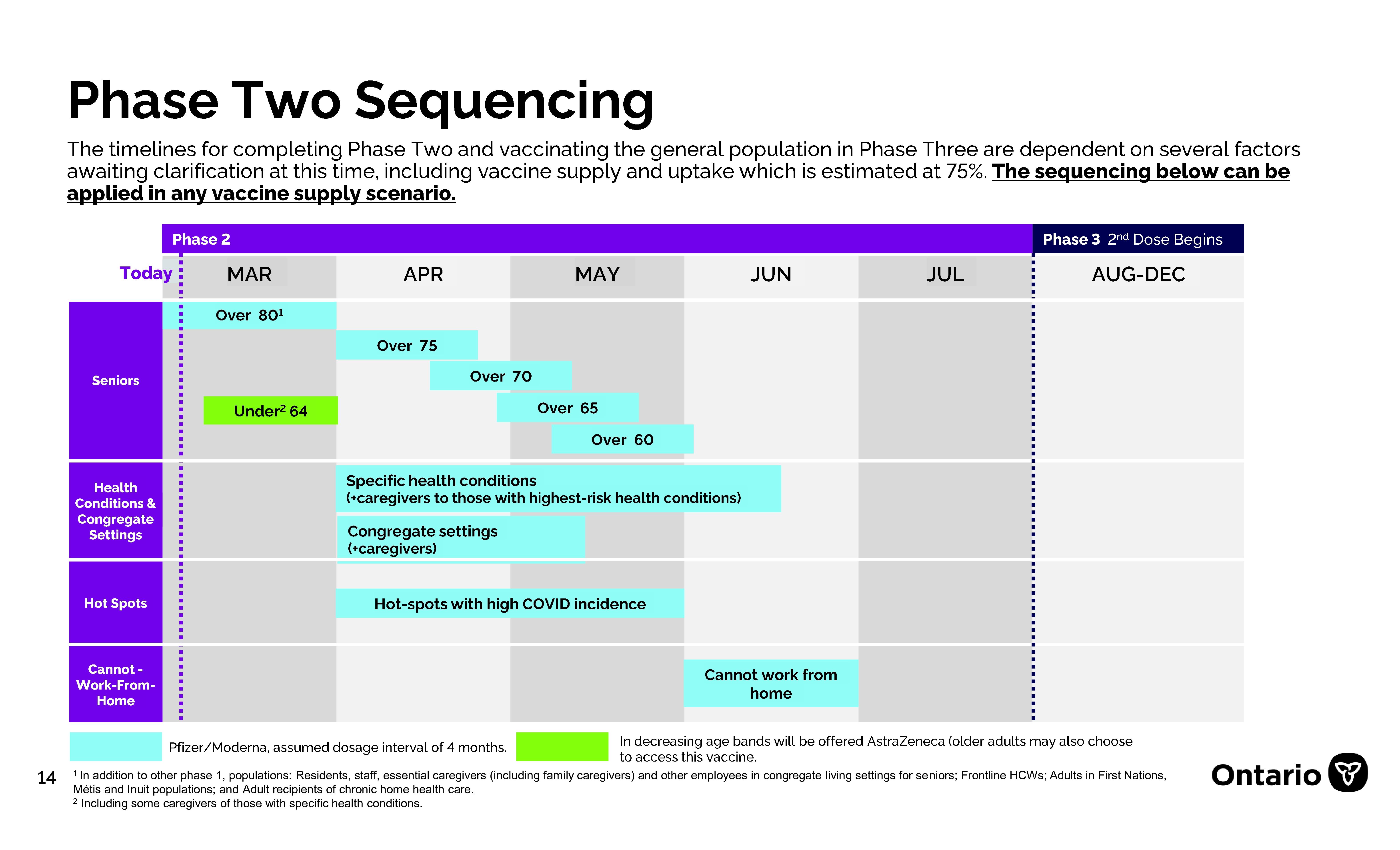 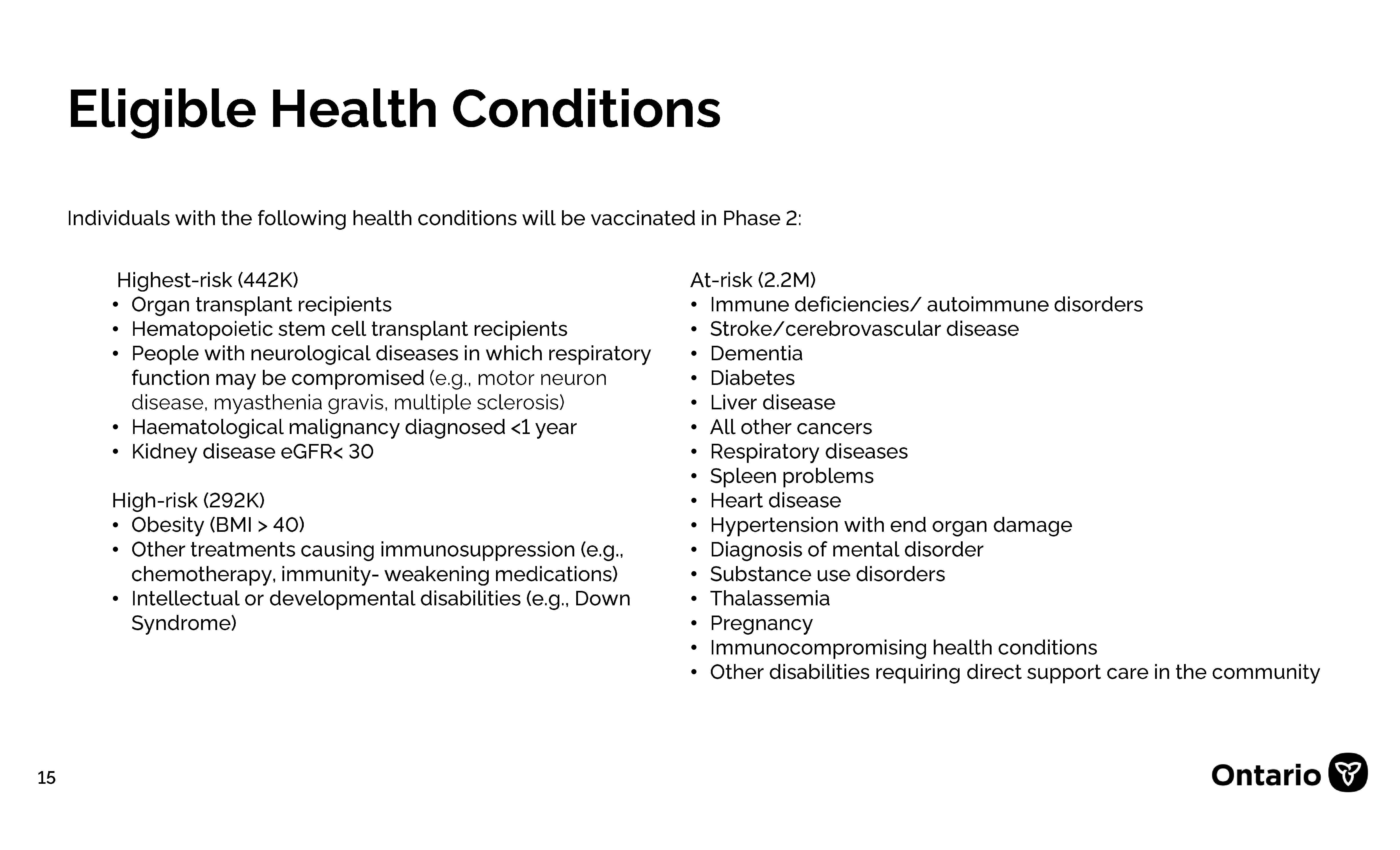 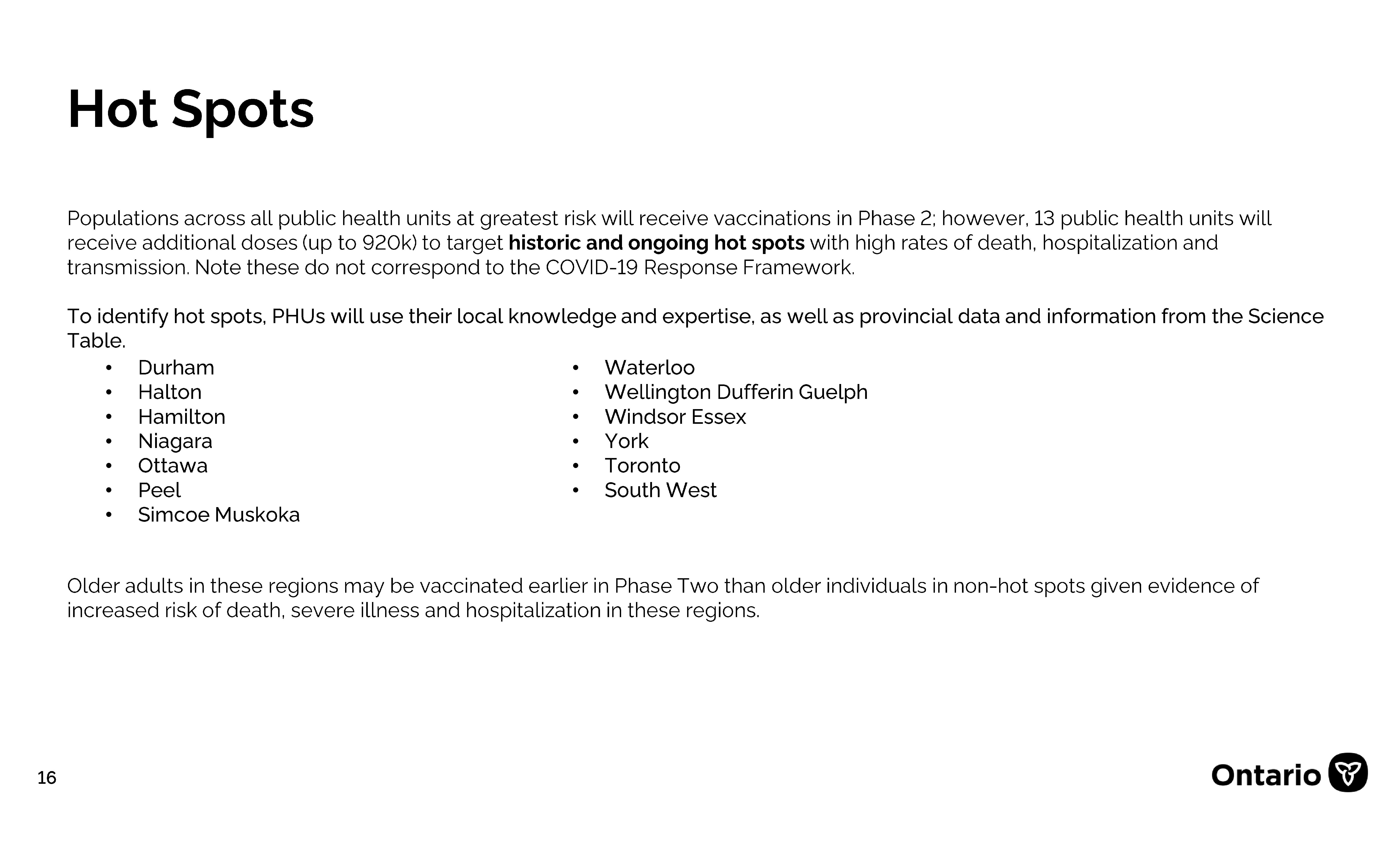 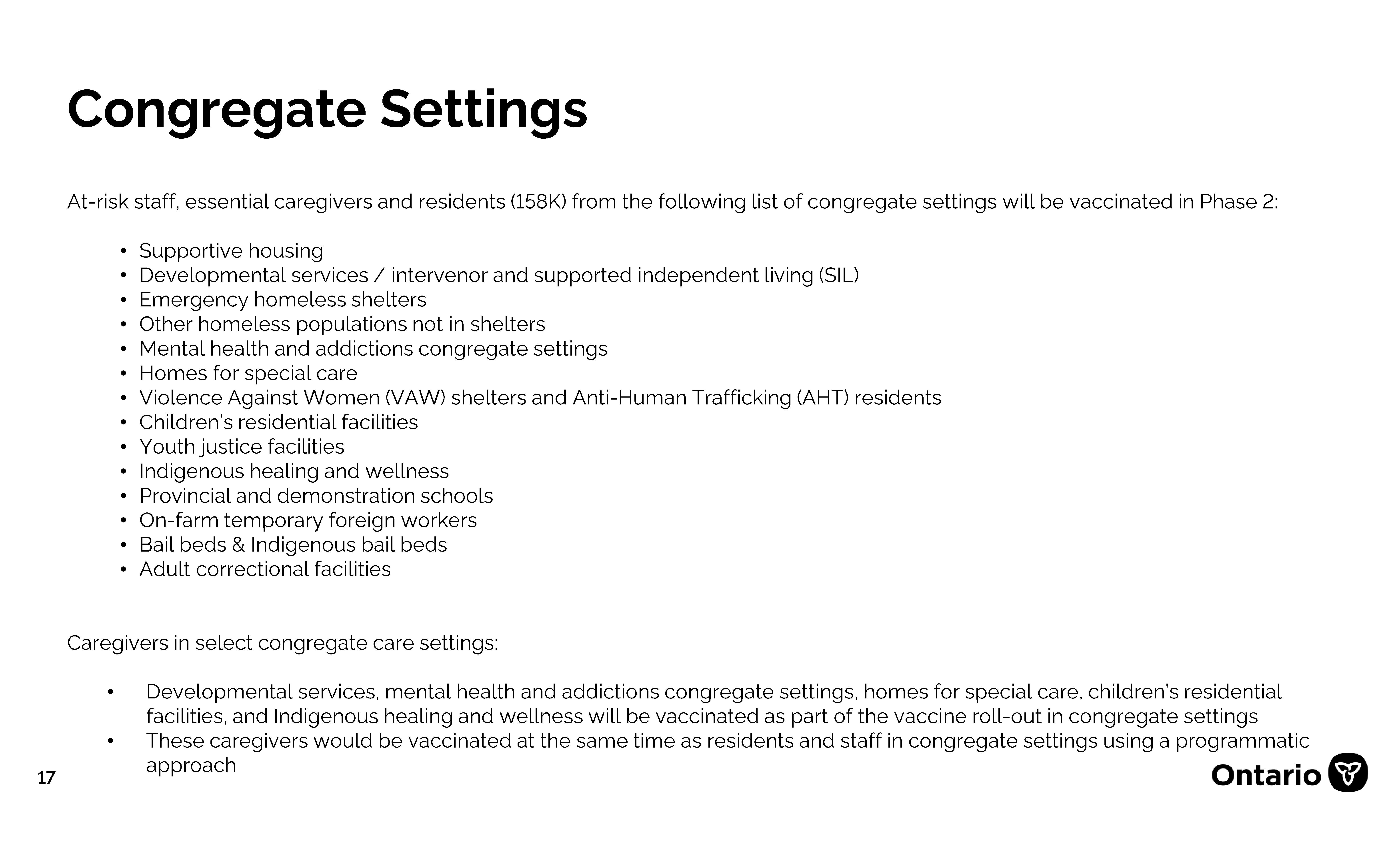 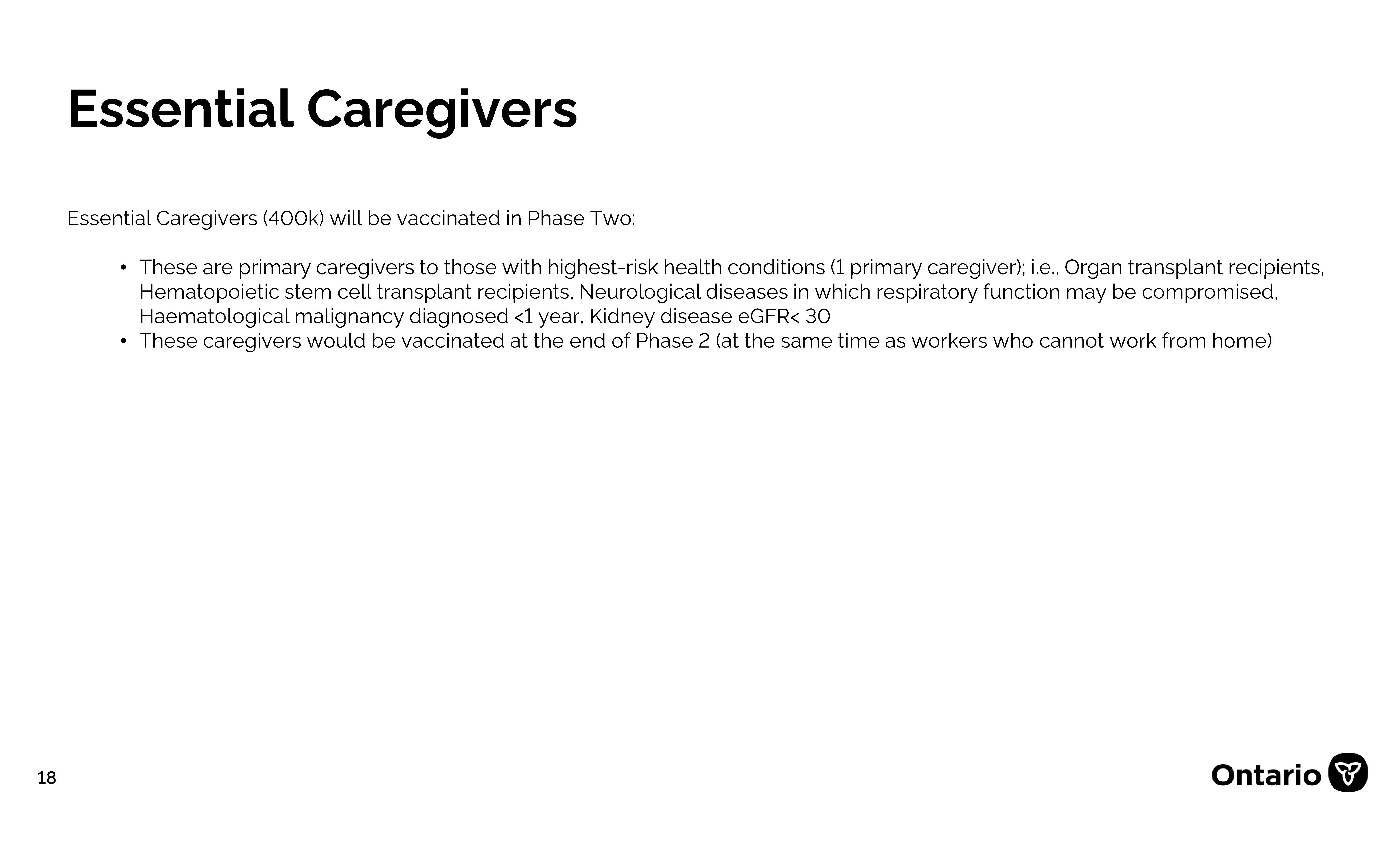 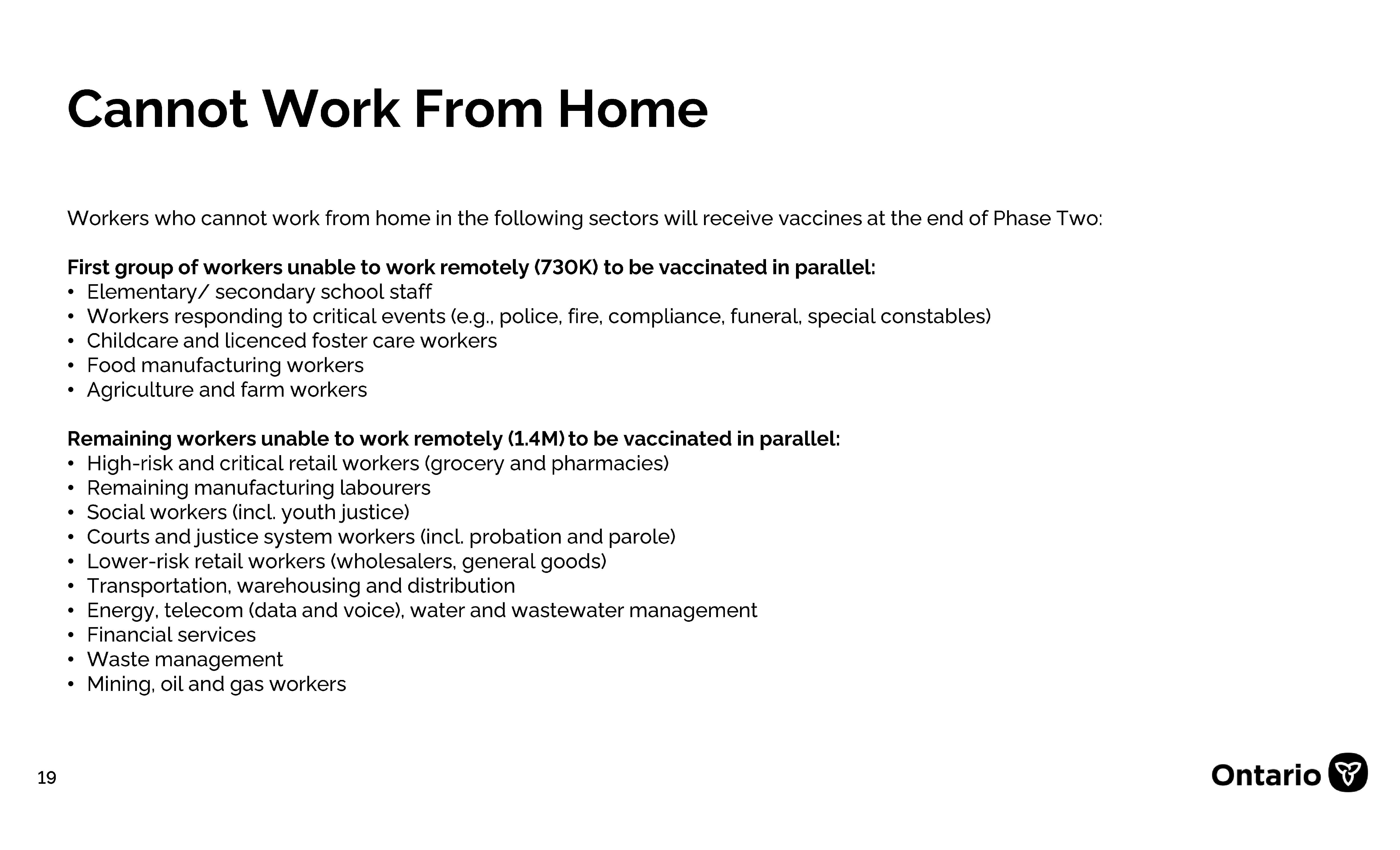 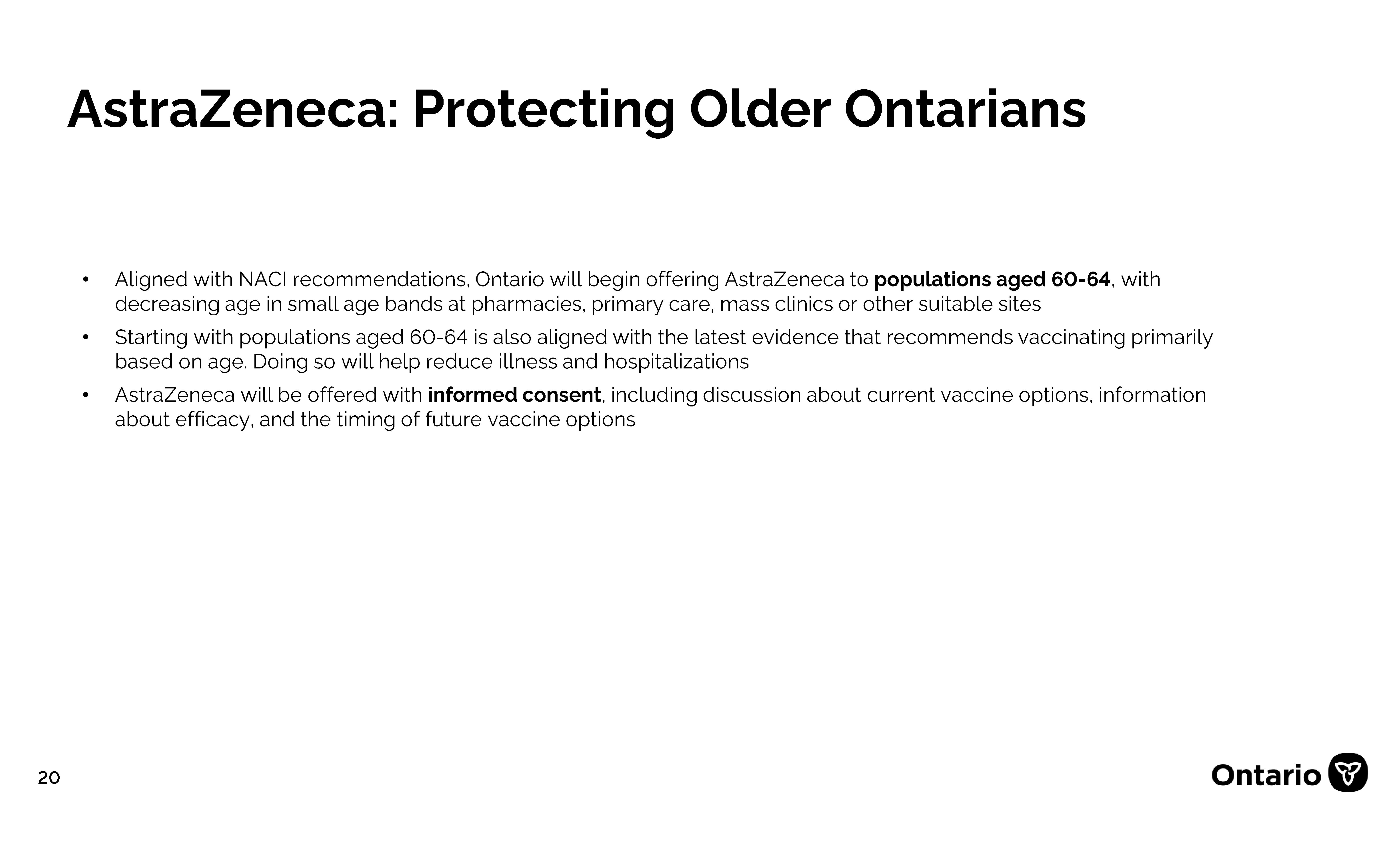 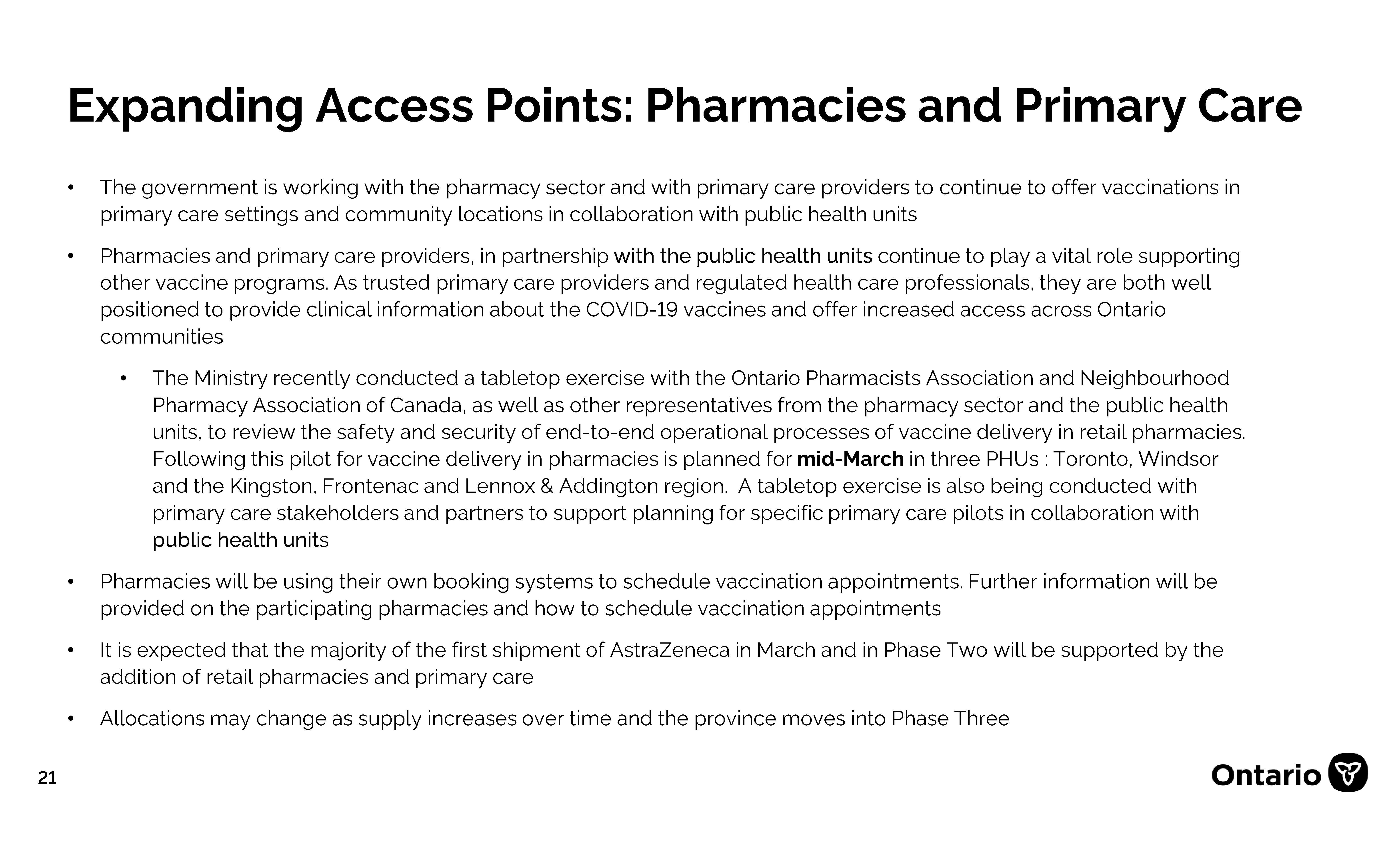 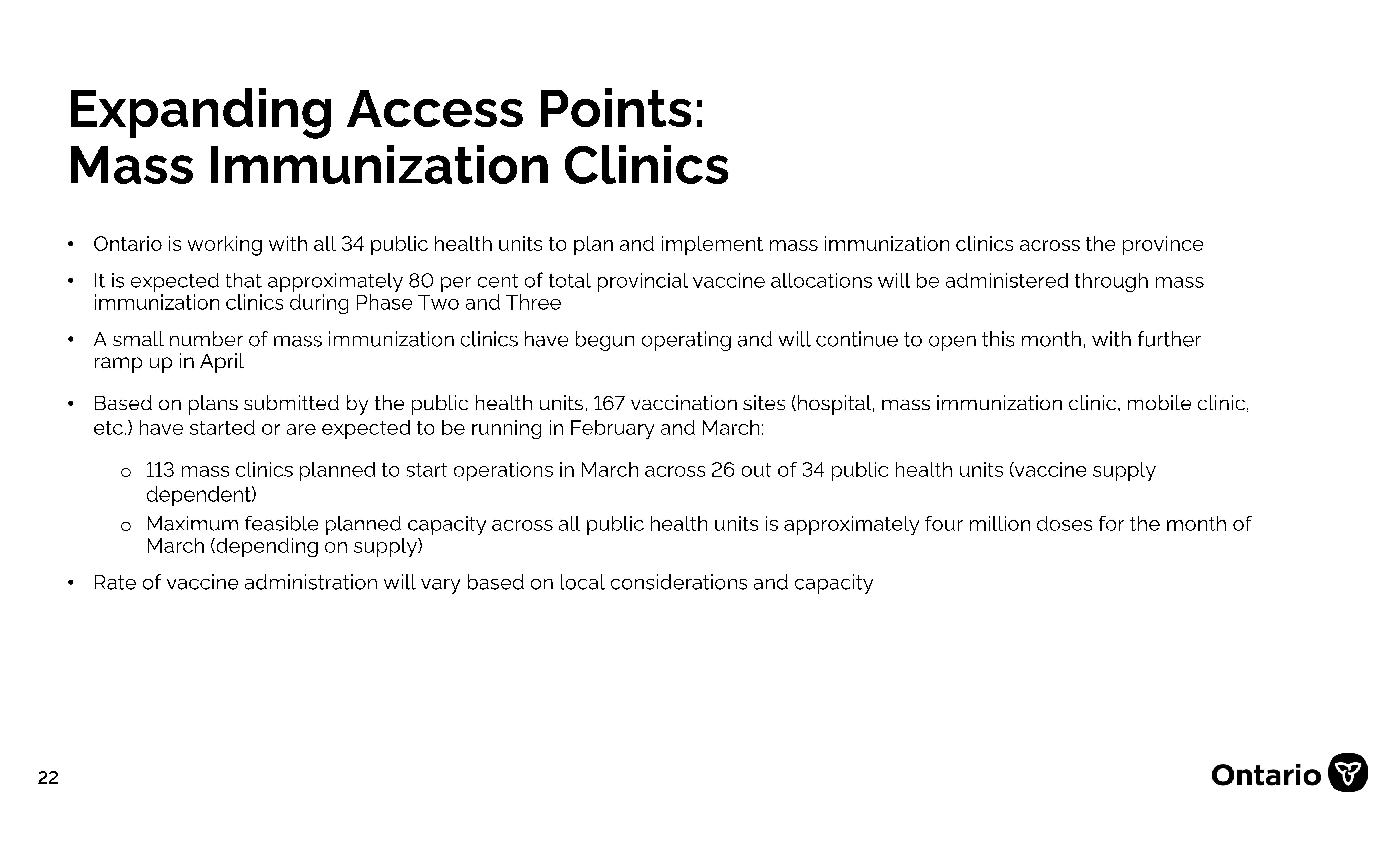 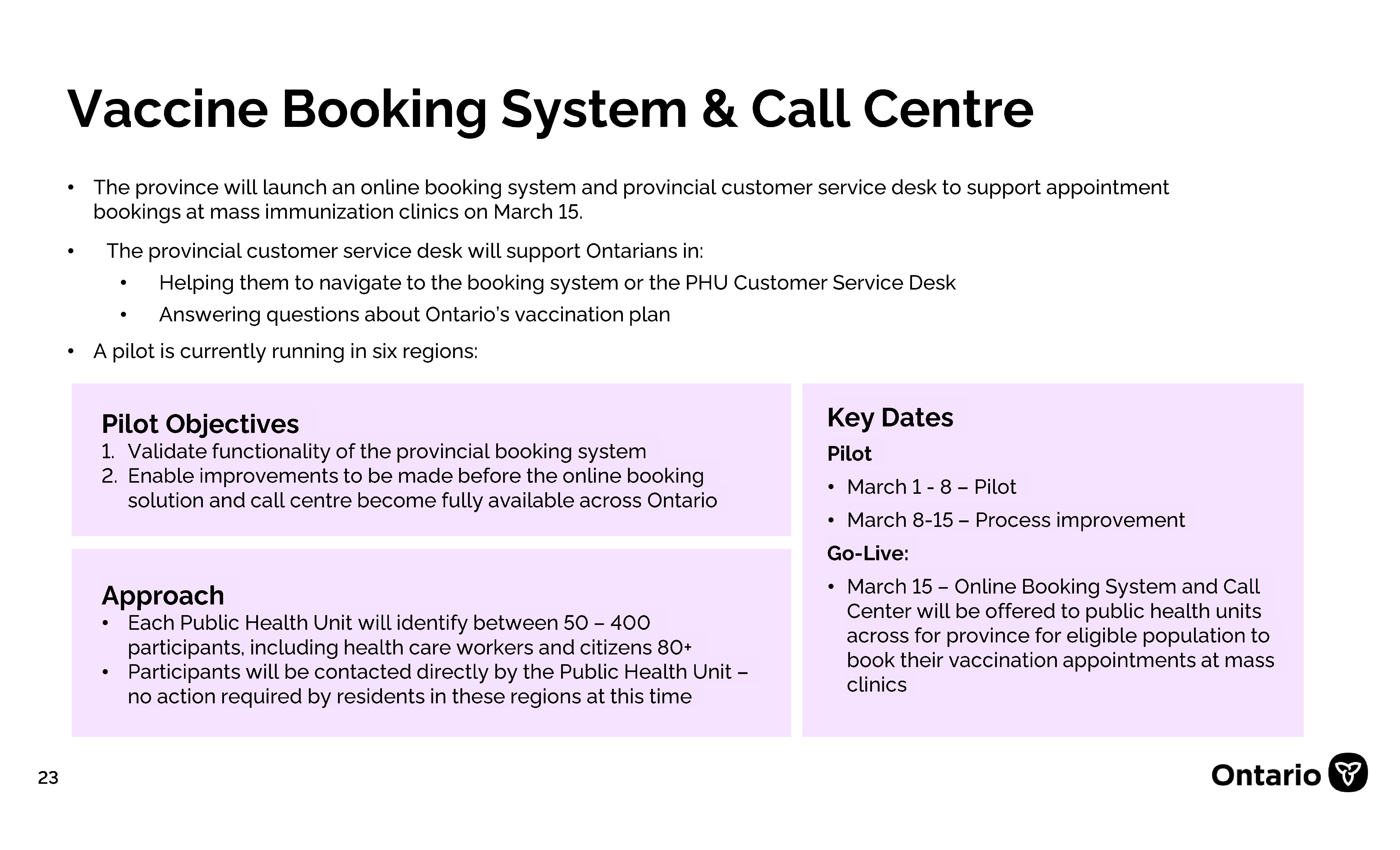 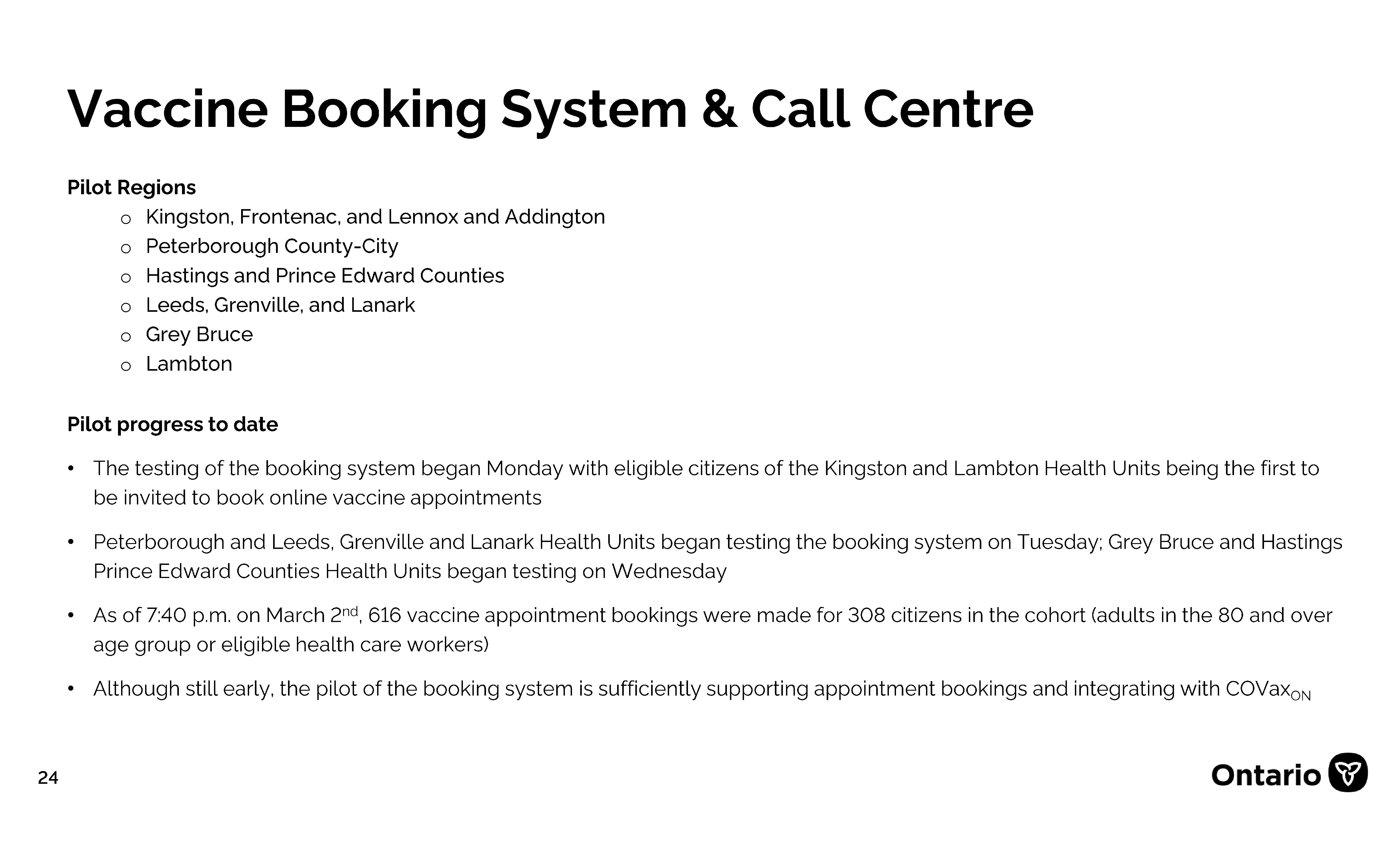 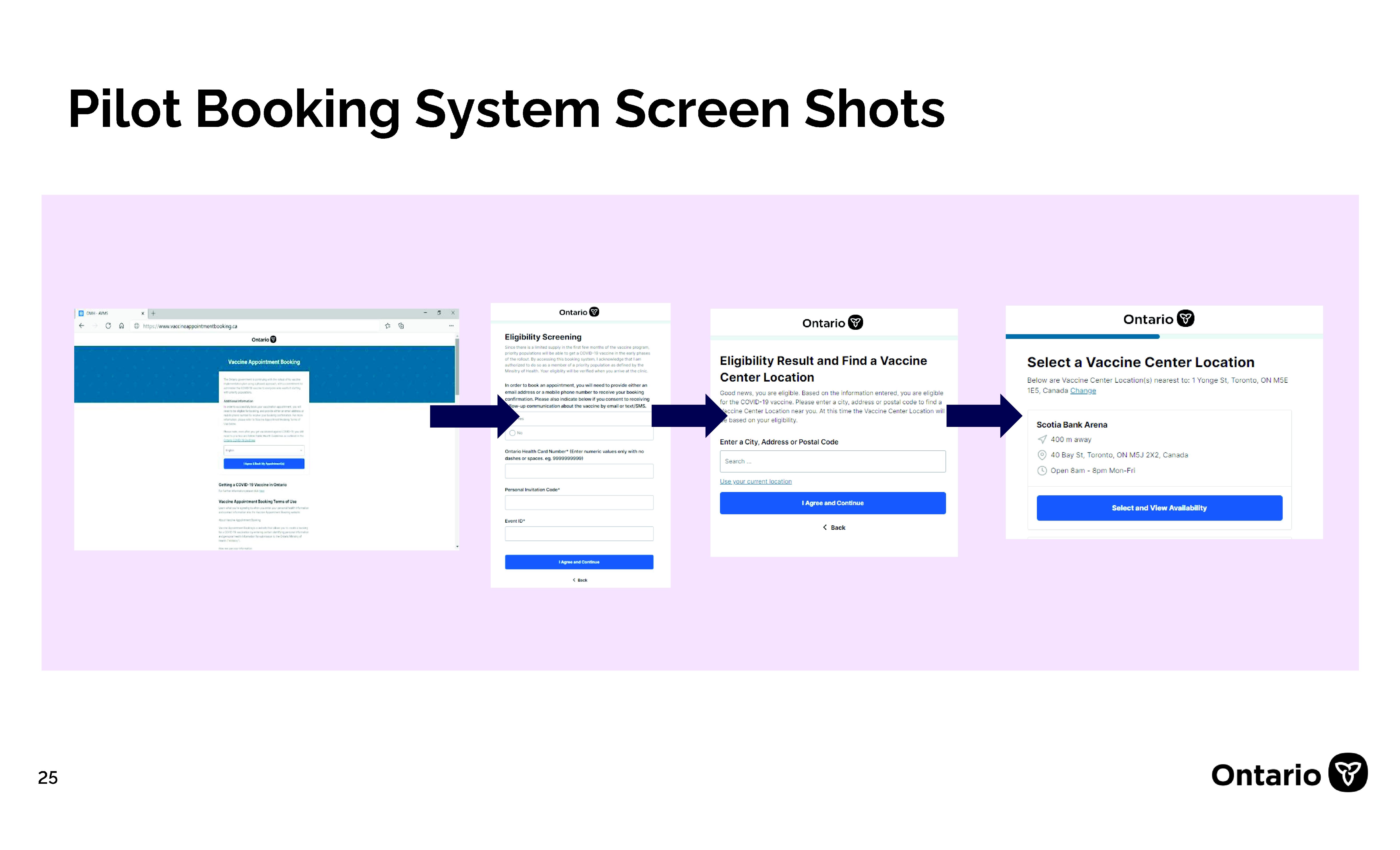 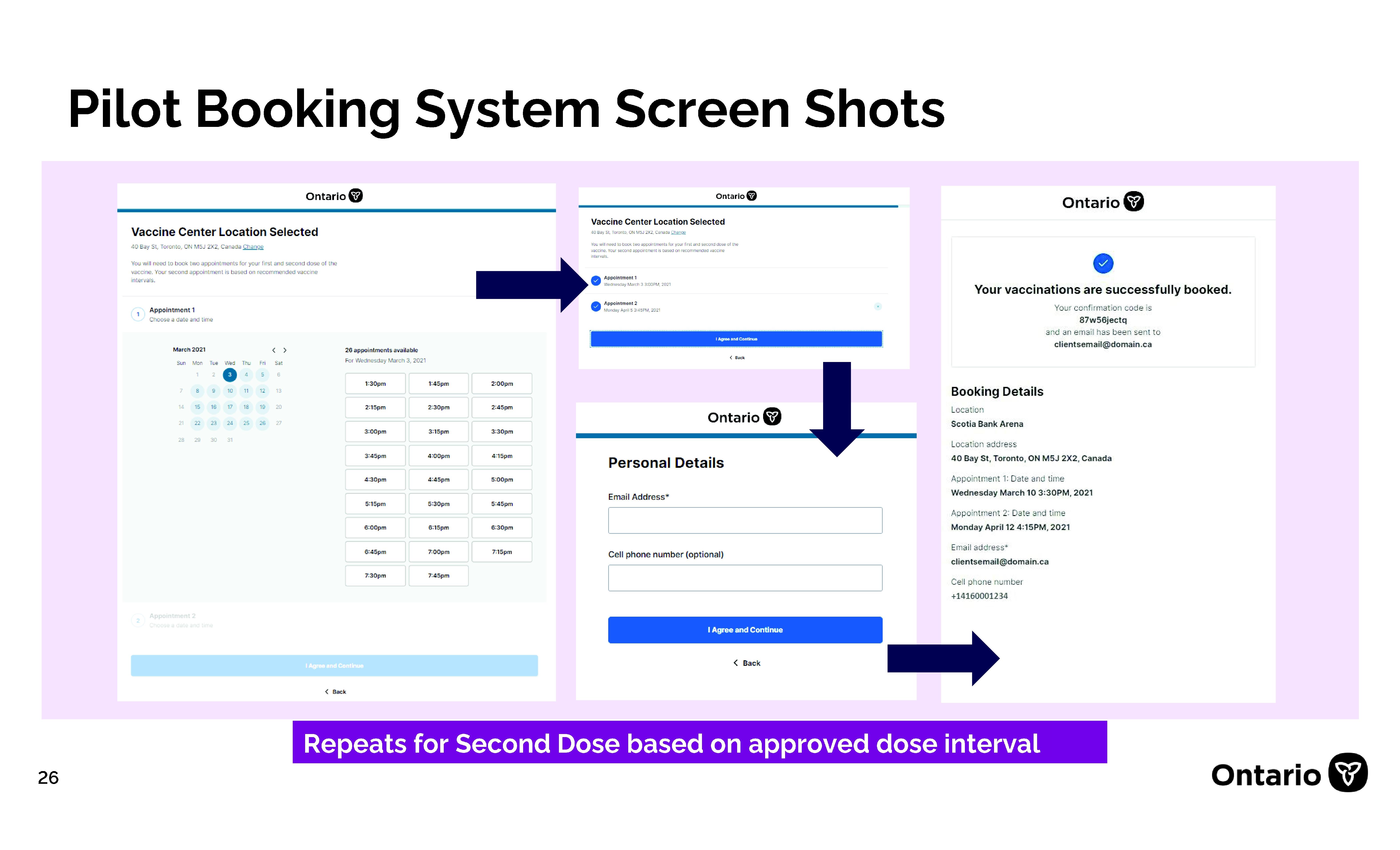