How will the government deal with the shortage of vaccine shipments over the next several weeks? Read its full briefing
By John Michael McGrath - Published on Jan 25, 2021

Ontario will receive no new shipments of the Pfizer-BioNTech vaccine this week and only 26,000 or so doses in the week of February 1, according to a Monday briefing by government officials. To respond to this shortage, the province is increasing its focus on long-term-care residents, residents of high-risk retirement homes, and Indigenous elder-care homes.

The government will also be extending the interval between the two doses of the Pfizer vaccine for many people: residents of long-term-care and retirement homes will still get their second dose 21 to 27 days after the first, but lower-risk groups could see their second doses delayed by as much as 42 days until the current shortage ends.

According to officials, Ontario has not yet been informed as to how many vaccines it will receive later in February.

The government also intends to shift some vaccines to the 14 public-health units that have not received any vaccinations to date. 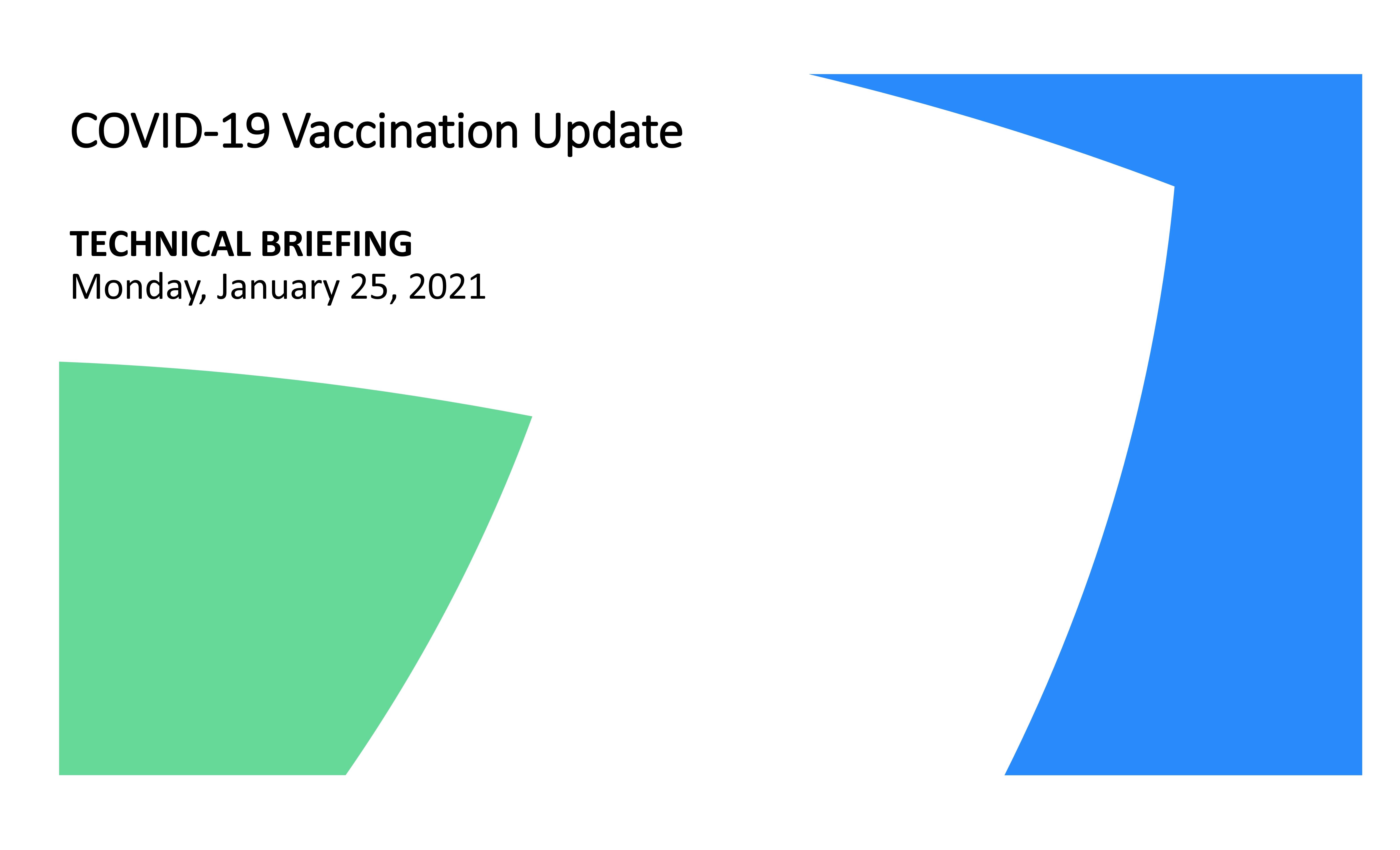 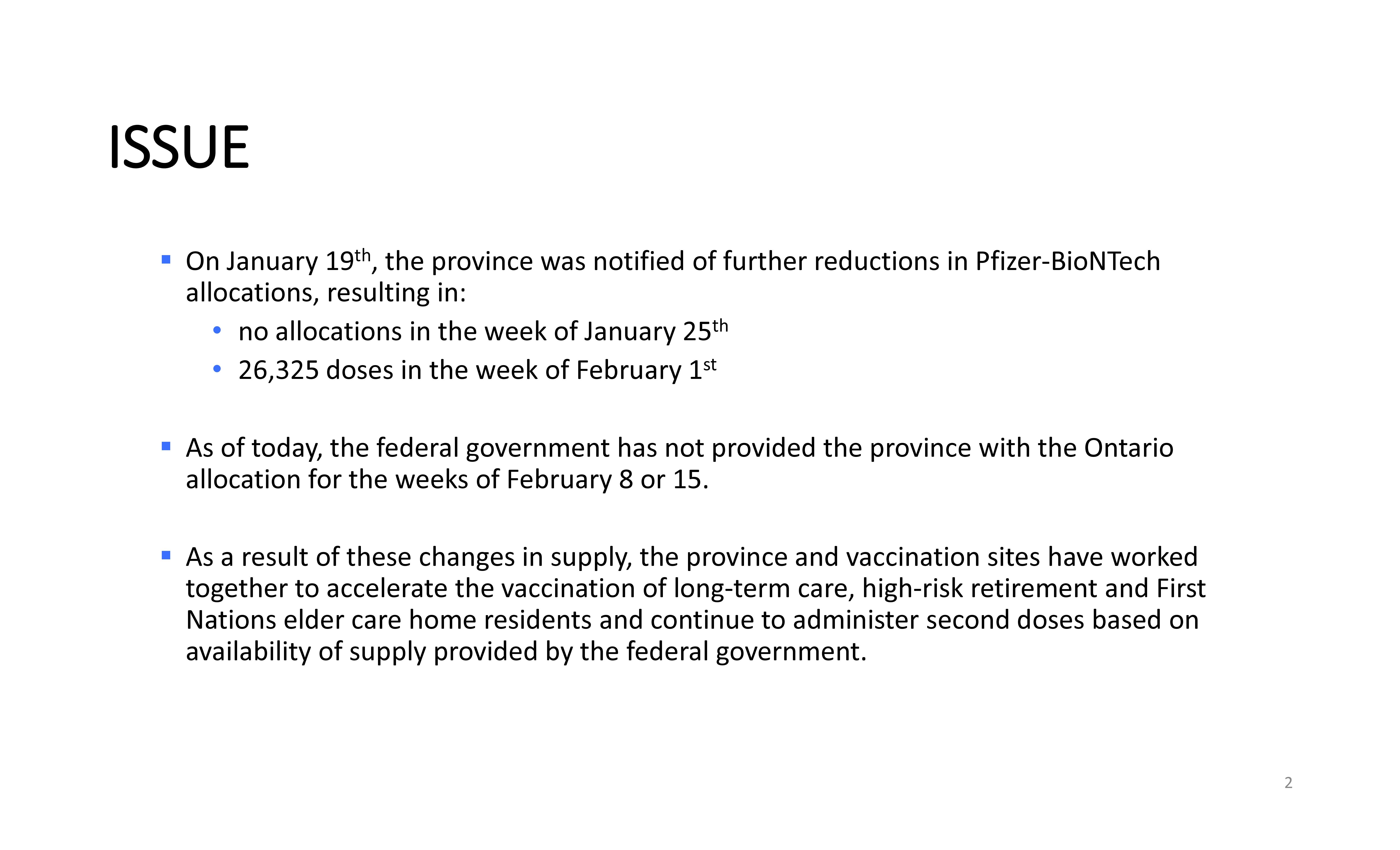 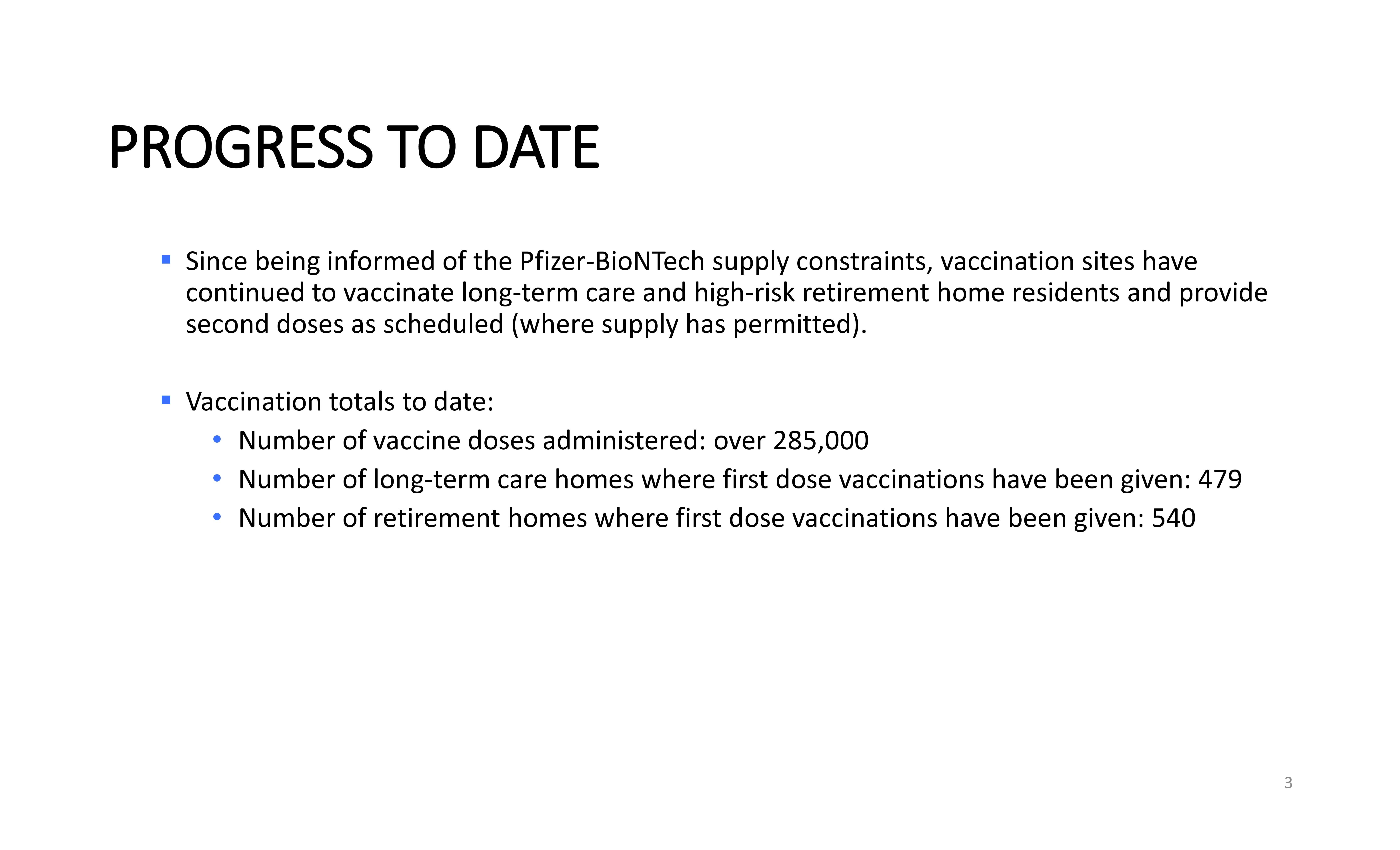 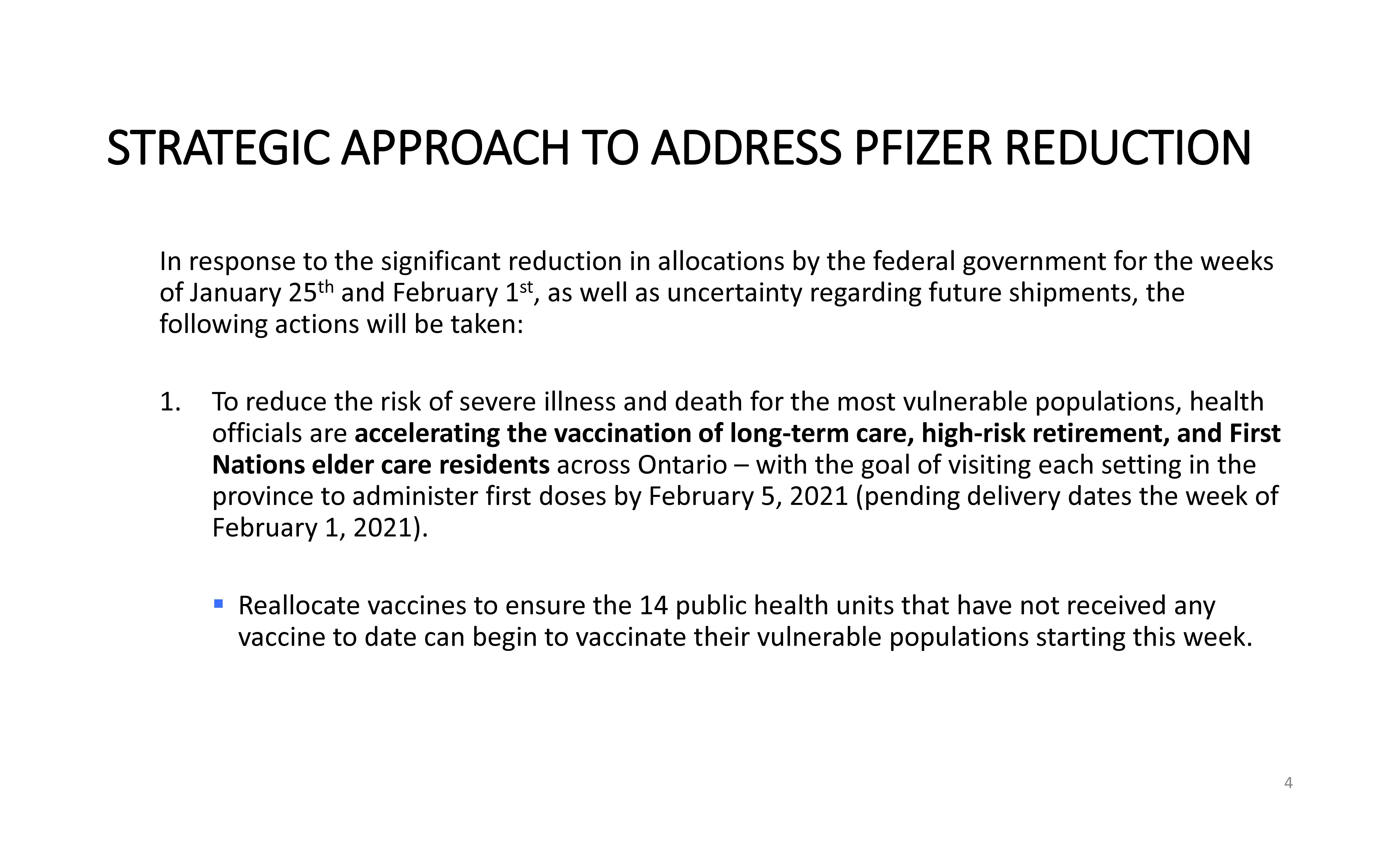 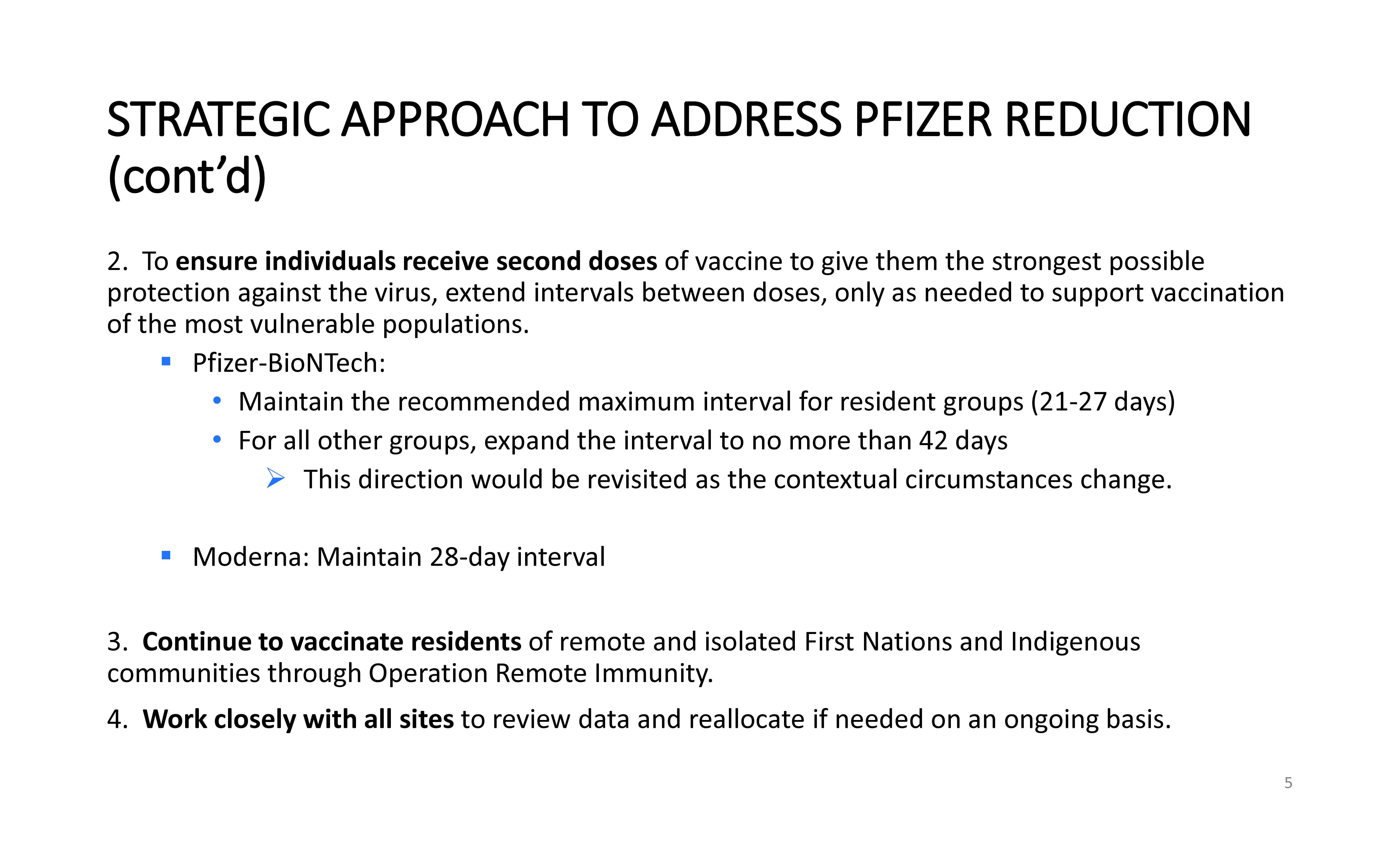 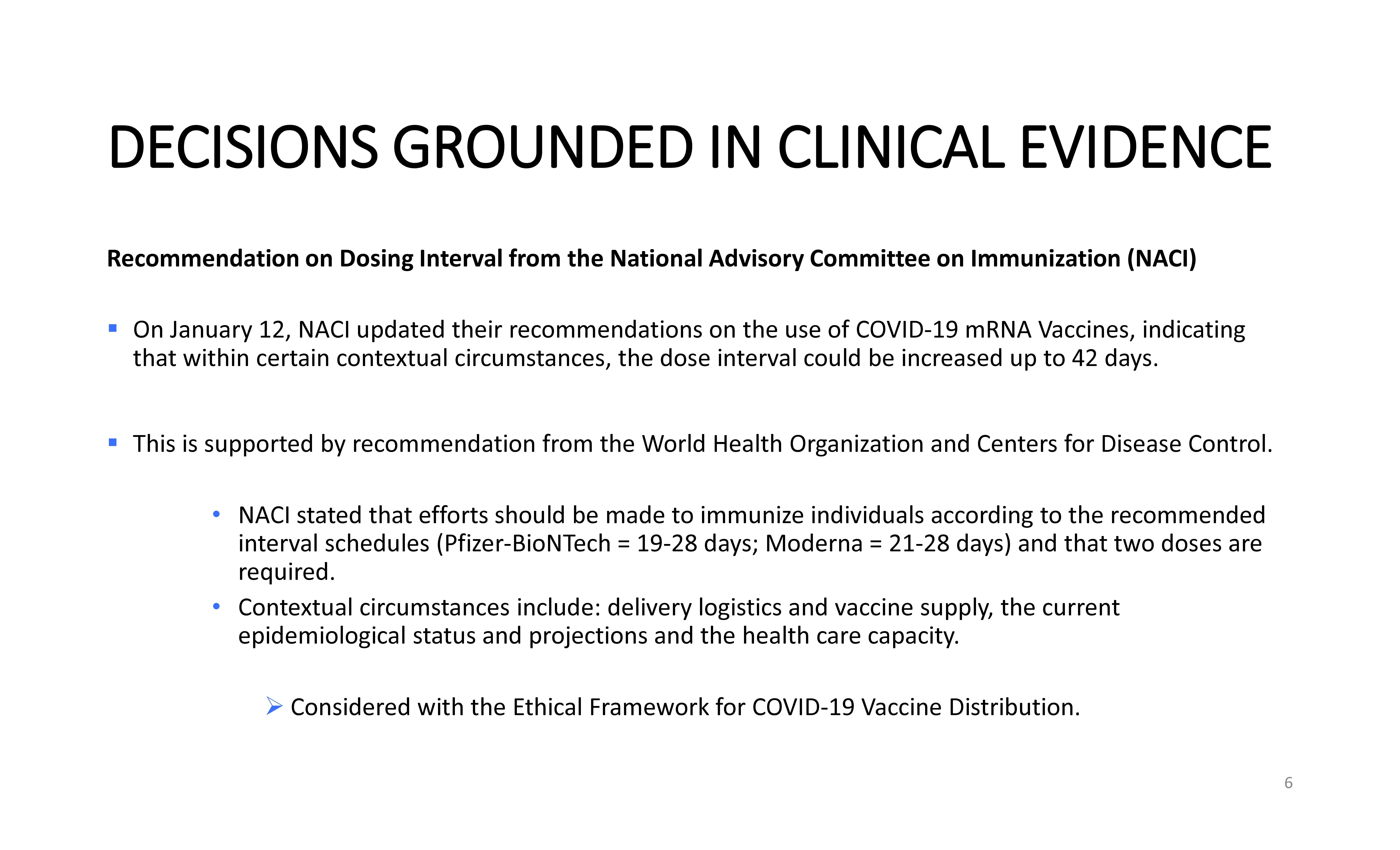 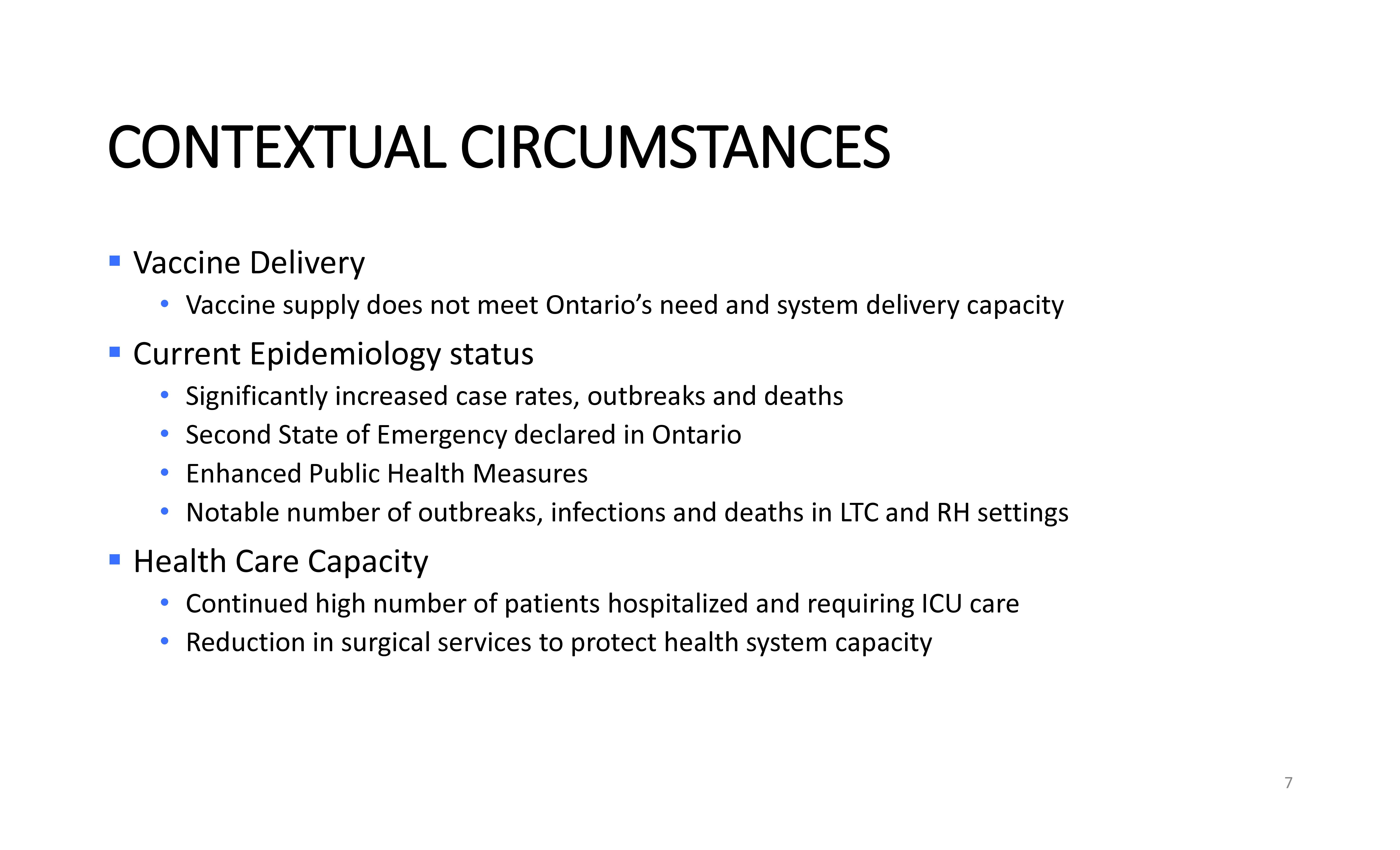 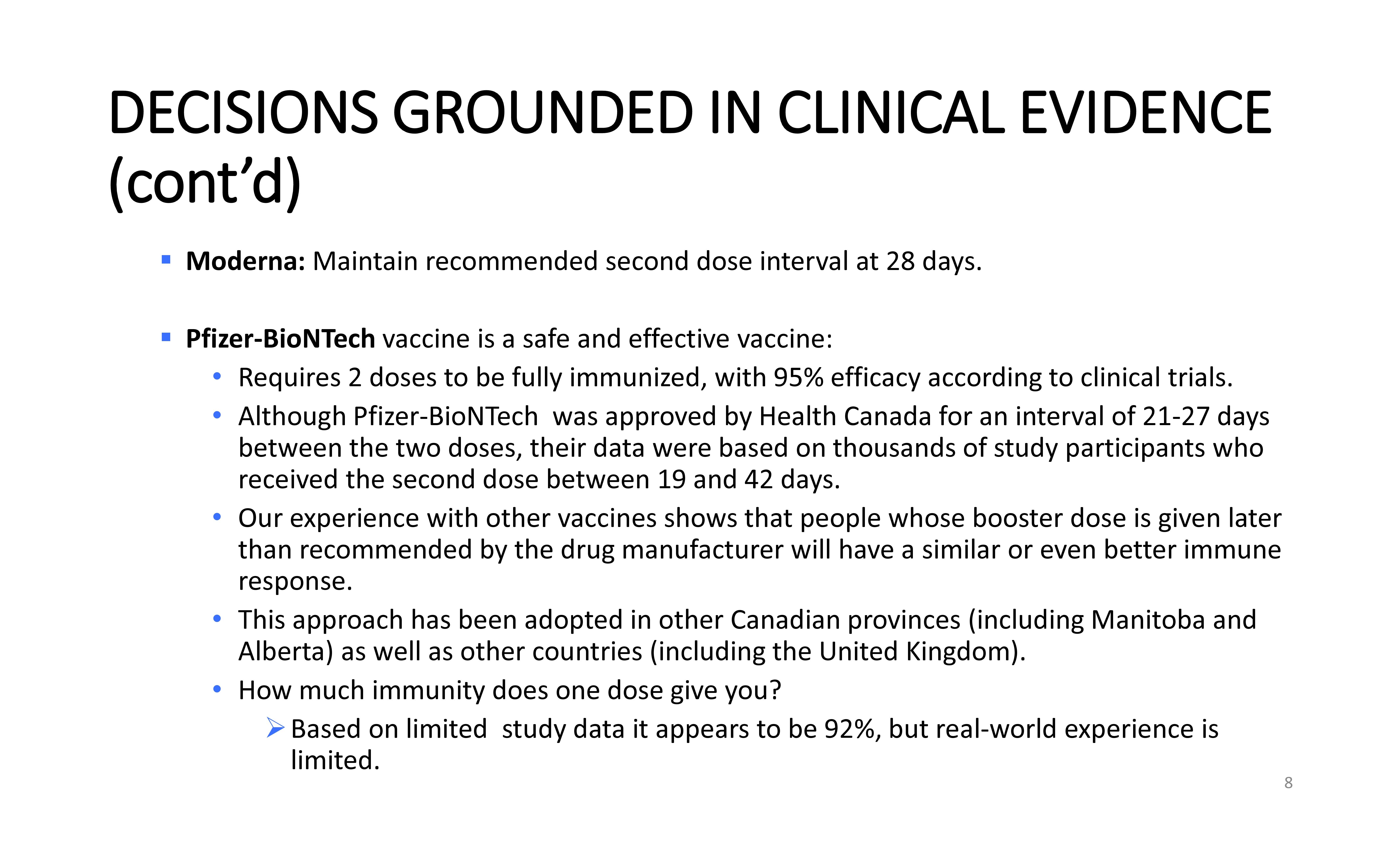 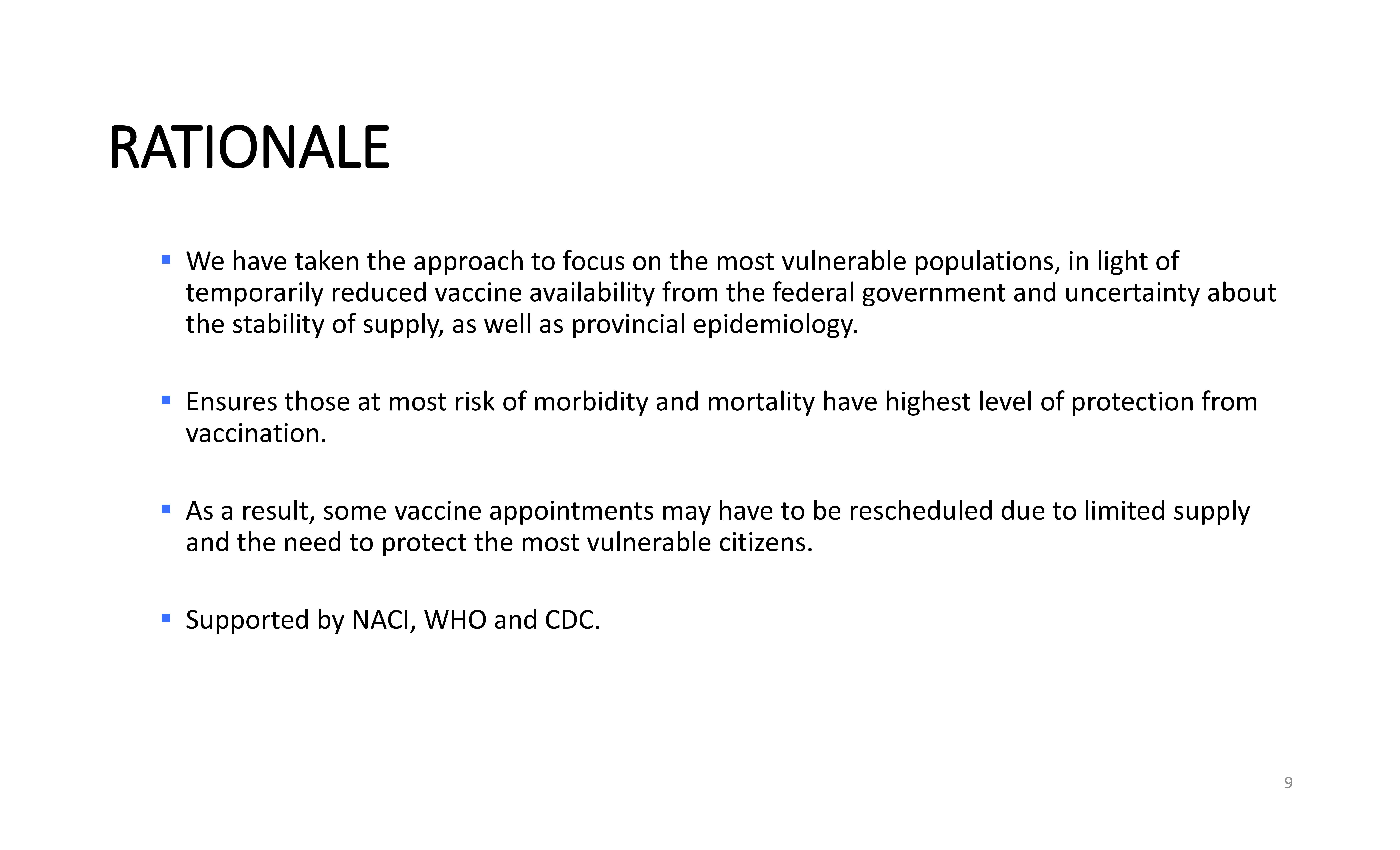 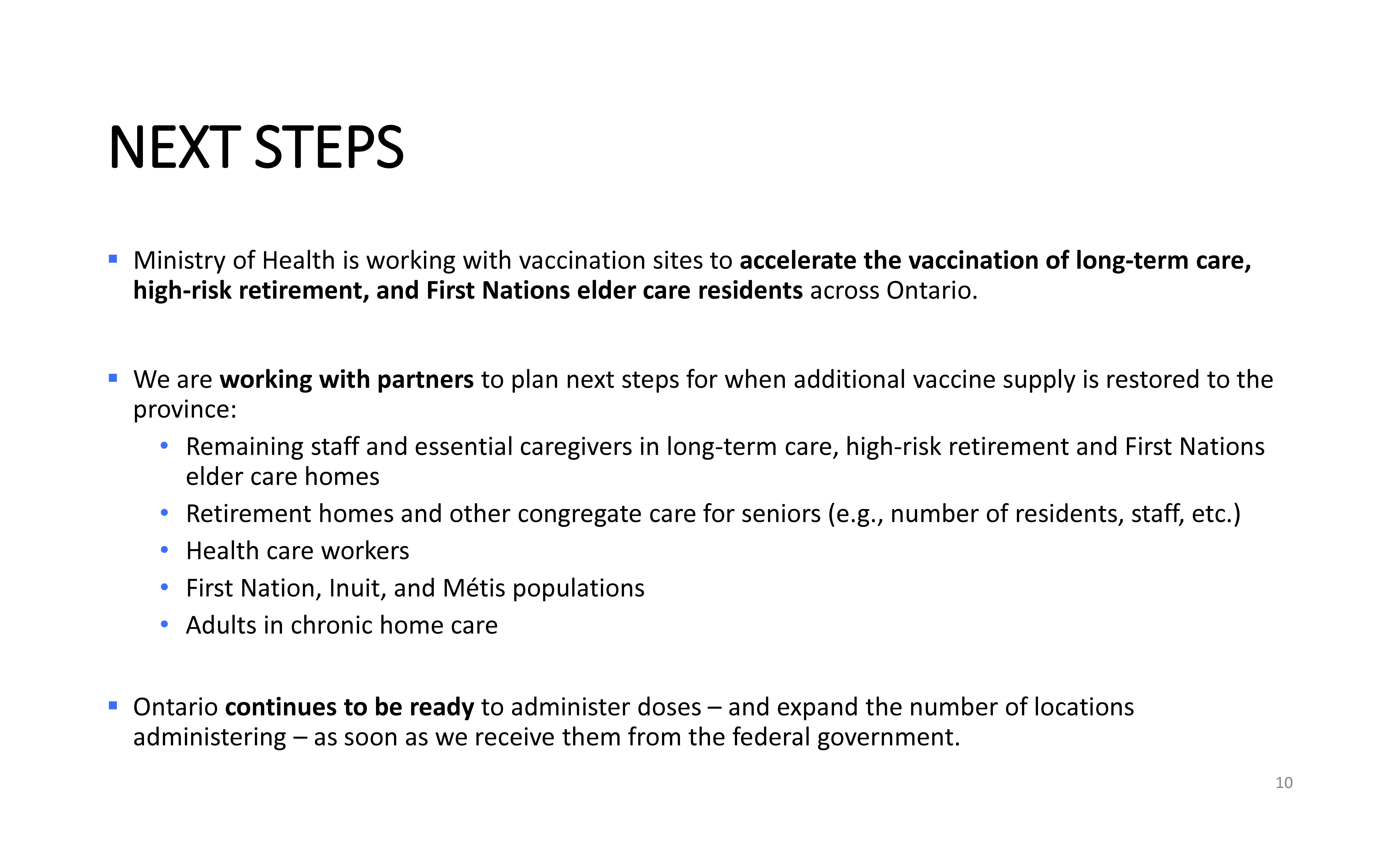