The province has released information about testing, monitoring, and staffing in advance of the planned January 17 return to in-person learning. Read the full briefing
By John Michael McGrath - Published on Jan 12, 2022
Ontario schools shifted to online learning on January 5, 2022. (manonallard/iStock)

More rapid tests, more school vaccine clinics, and more use of retired teachers are all part of Ontario’s plan to return children to in-person schooling next week. Education Minister Stephen Lecce and Chief Medical Officer of Health Kieran Moore laid out the plan in a virtual press conference on Wednesday afternoon; reporters were given an off-the-record technical briefing earlier in the day.

Ontario will be providing two rapid tests per person to staff and pupils starting in elementary schools — and later, in older grades, as supply allows — for households to use if someone develops symptoms. If a person with COVID-like symptoms tests negative with both tests, they can avoid the usual isolation period and return to school when their symptoms resolve.

The government is also going to implement school vaccine clinics during school hours in the hopes of making vaccinations more accessible for families; Ontario currently has some of the lowest rates of vaccinations in the five-11 age cohort among Canadian provinces. While the province has used school-based clinics before now, they generally weren't held during school operating hours, so as not to disrupt the learning environment.

With the effective end of PCR testing in Ontario schools, school boards will instead report absenteeism rates to the province. If 30 per cent of staff and students are absent, that will trigger a public notice from the school board and potentially could mean a school would be closed by local public health. Parents, who were previously notified when COVID-19 cases were confirmed in classes, will no longer be informed until a school reaches that 30 per cent threshold.

In order to address workforce disruptions due to the Omicron variant, the province announced earlier this week that it will be allowing retired teachers to work more days as supply teachers, increasing the limit from 50 days to 95. It is also expanding the use of temporary teaching certificates to student teachers. If those measures aren't enough to fill workforce gaps, school boards may have to implement more remote learning days or consolidate some classes, though the government says it will continue to respect legislated class-size caps. 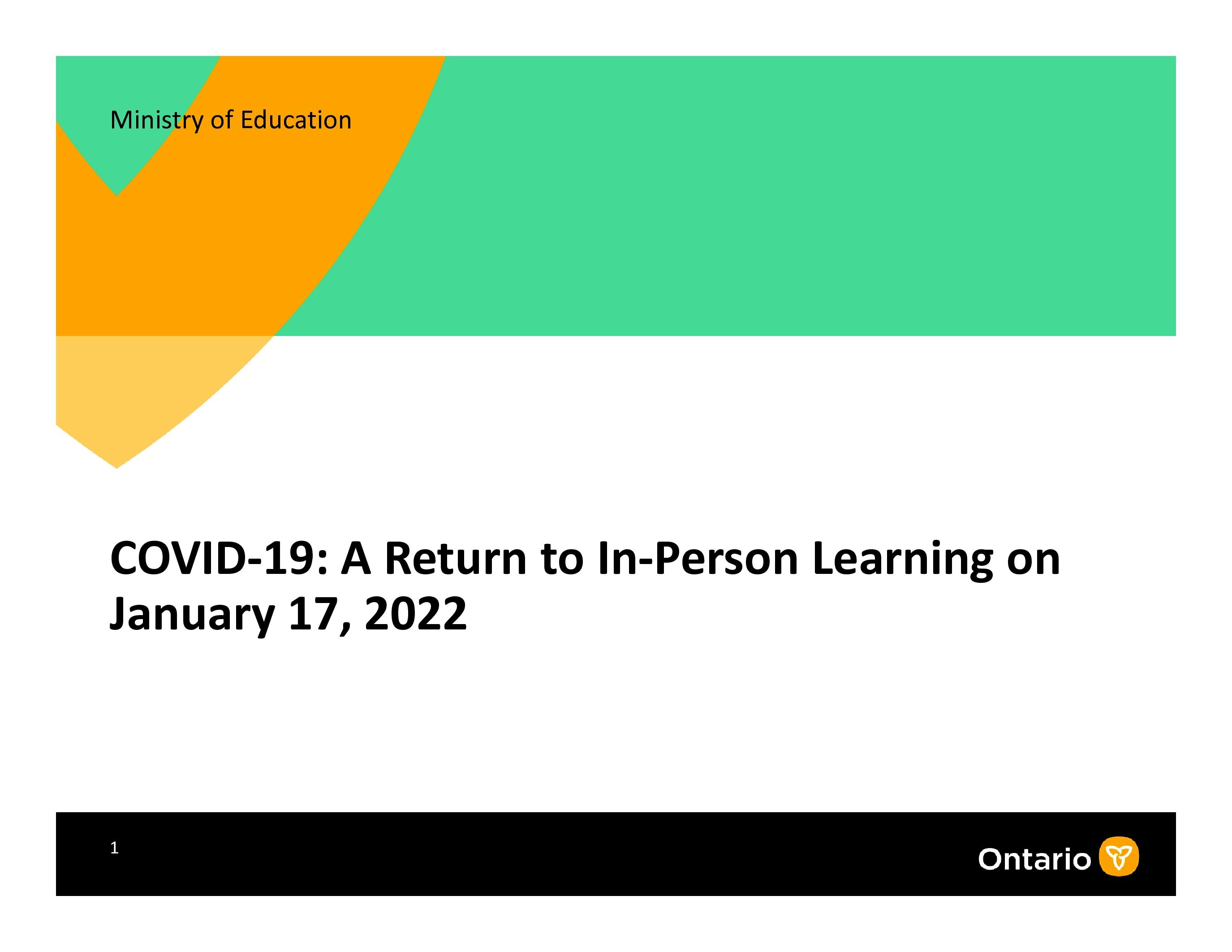 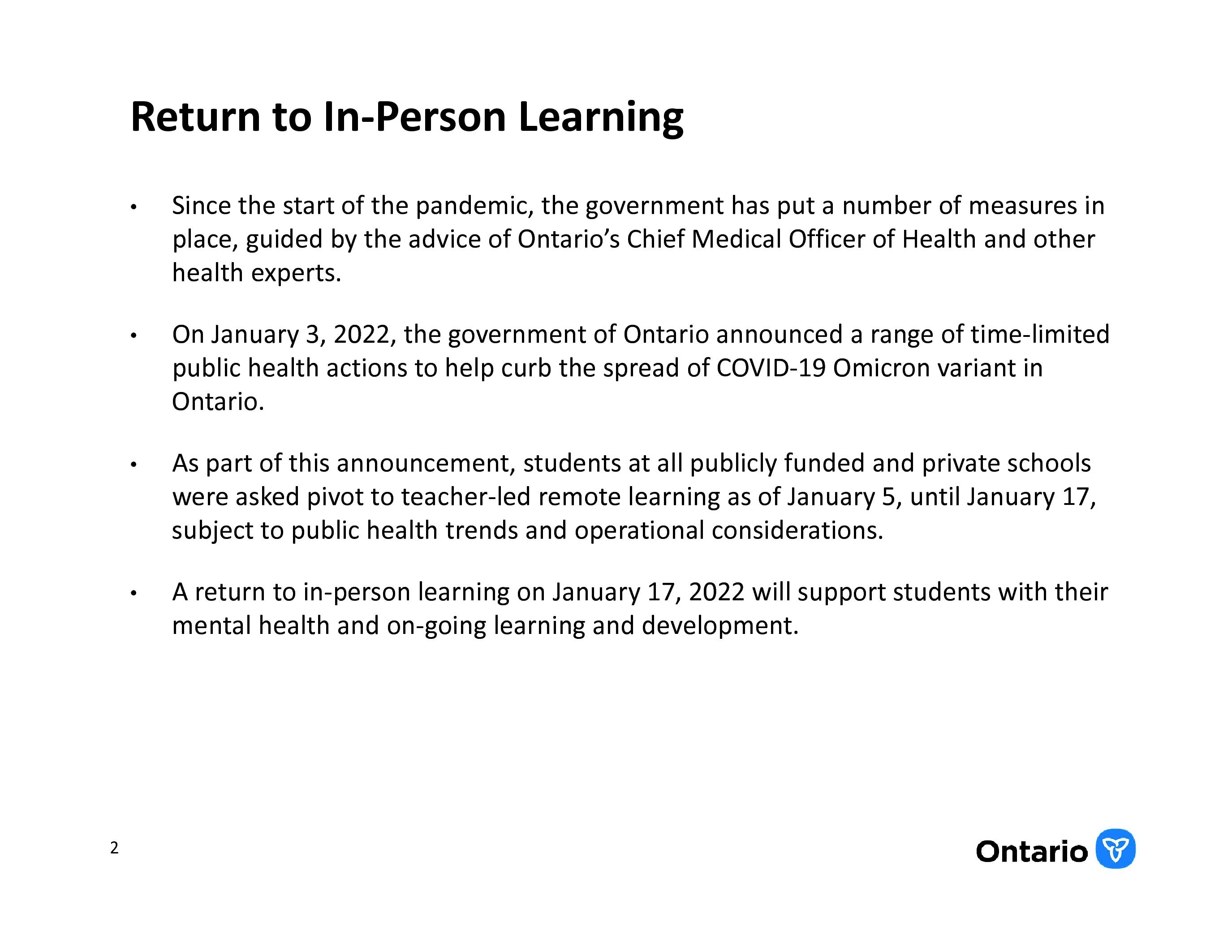 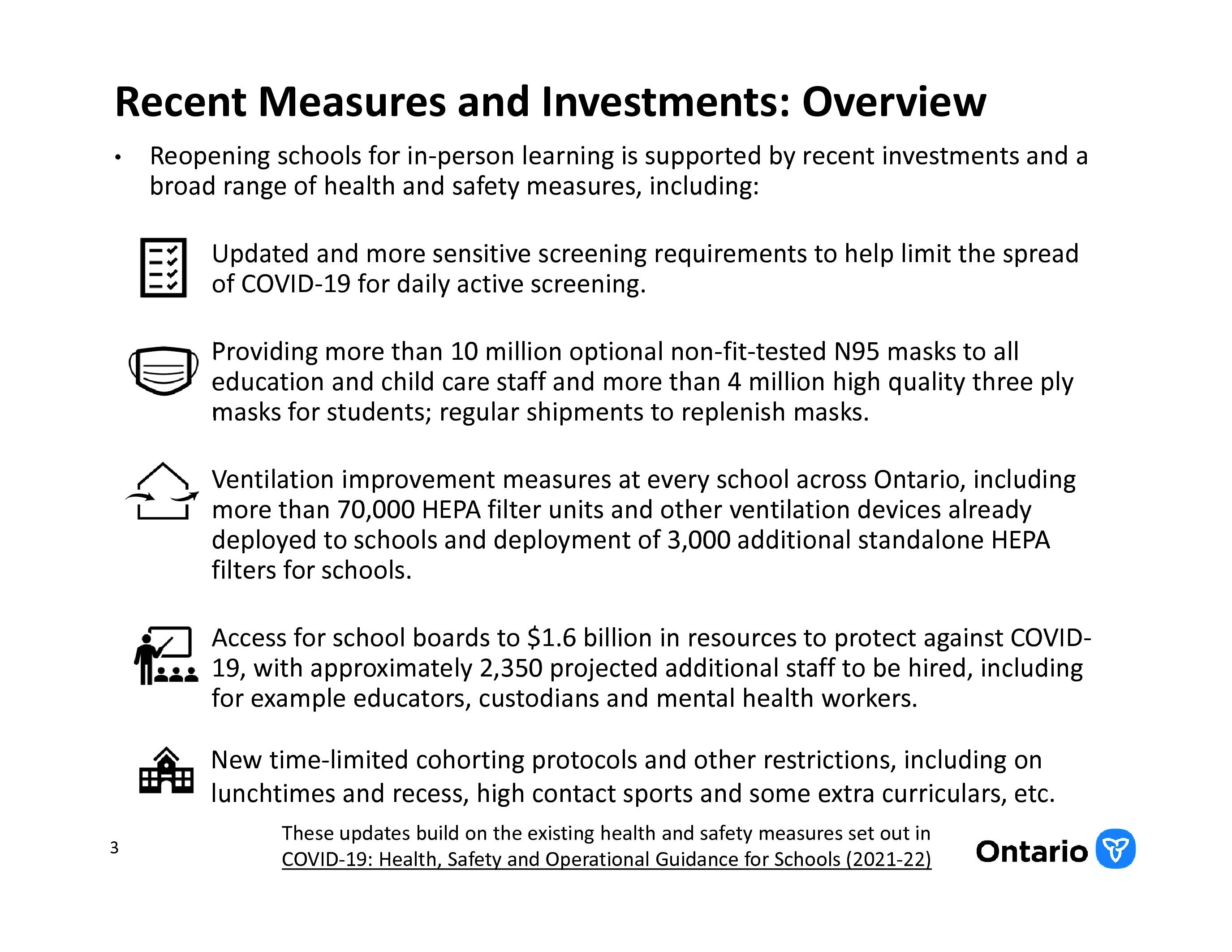 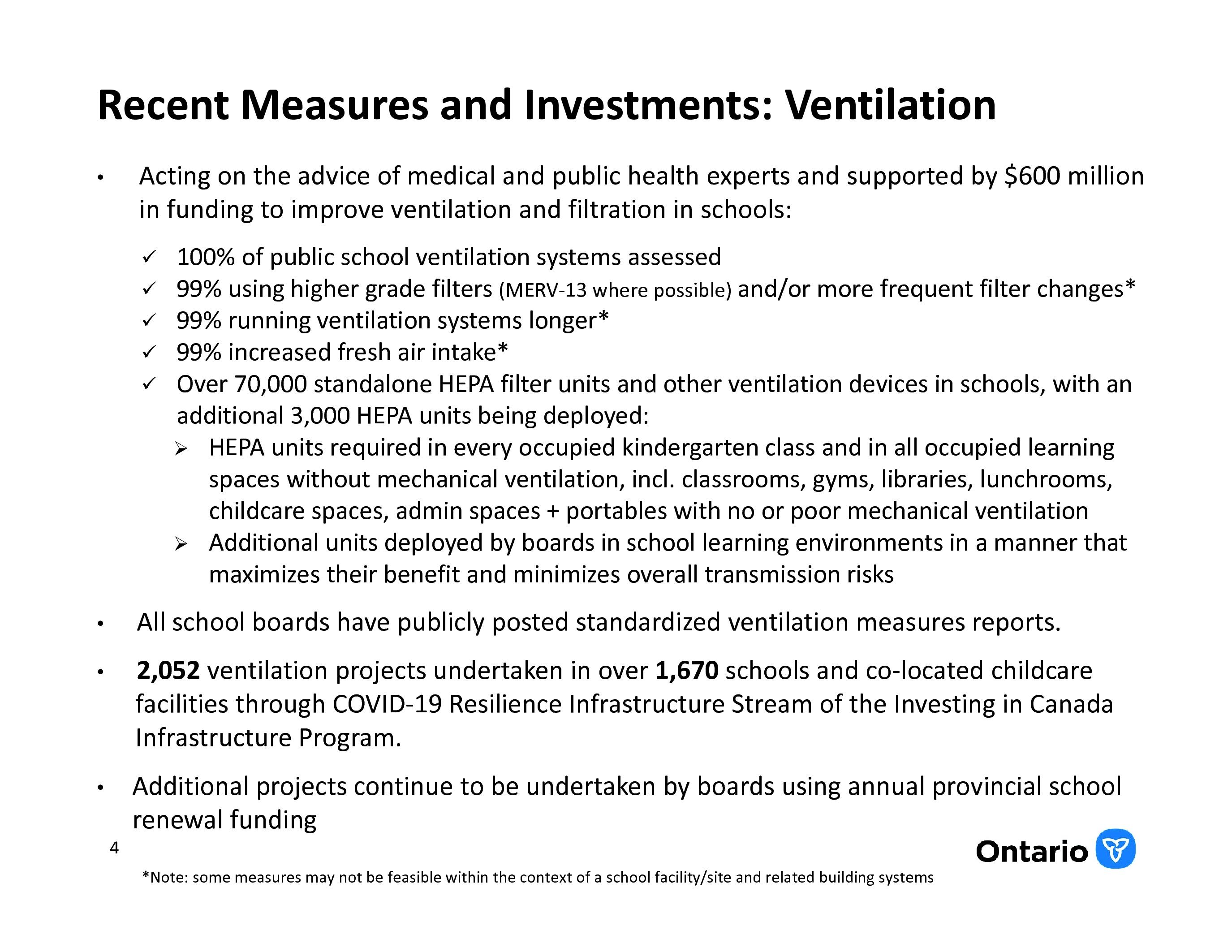 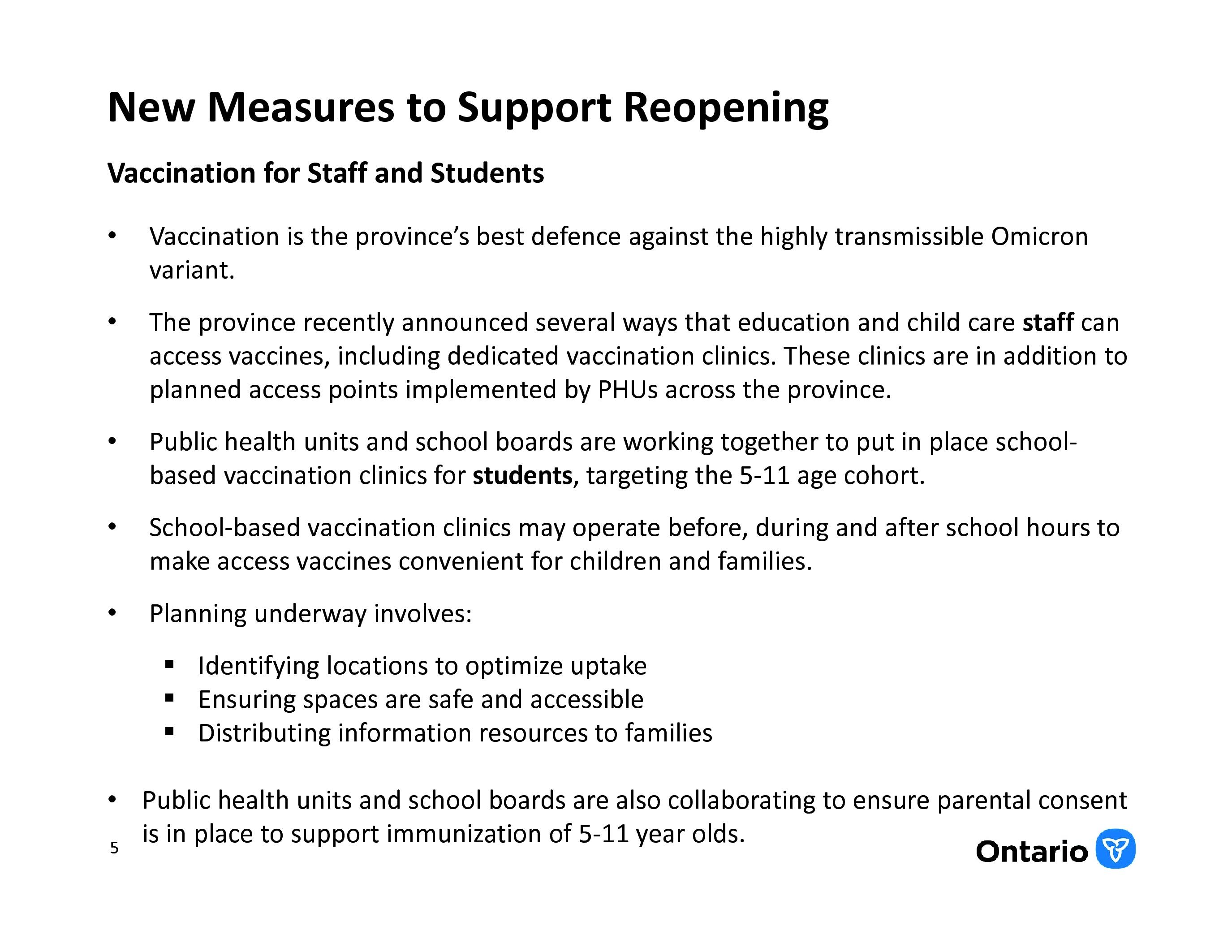 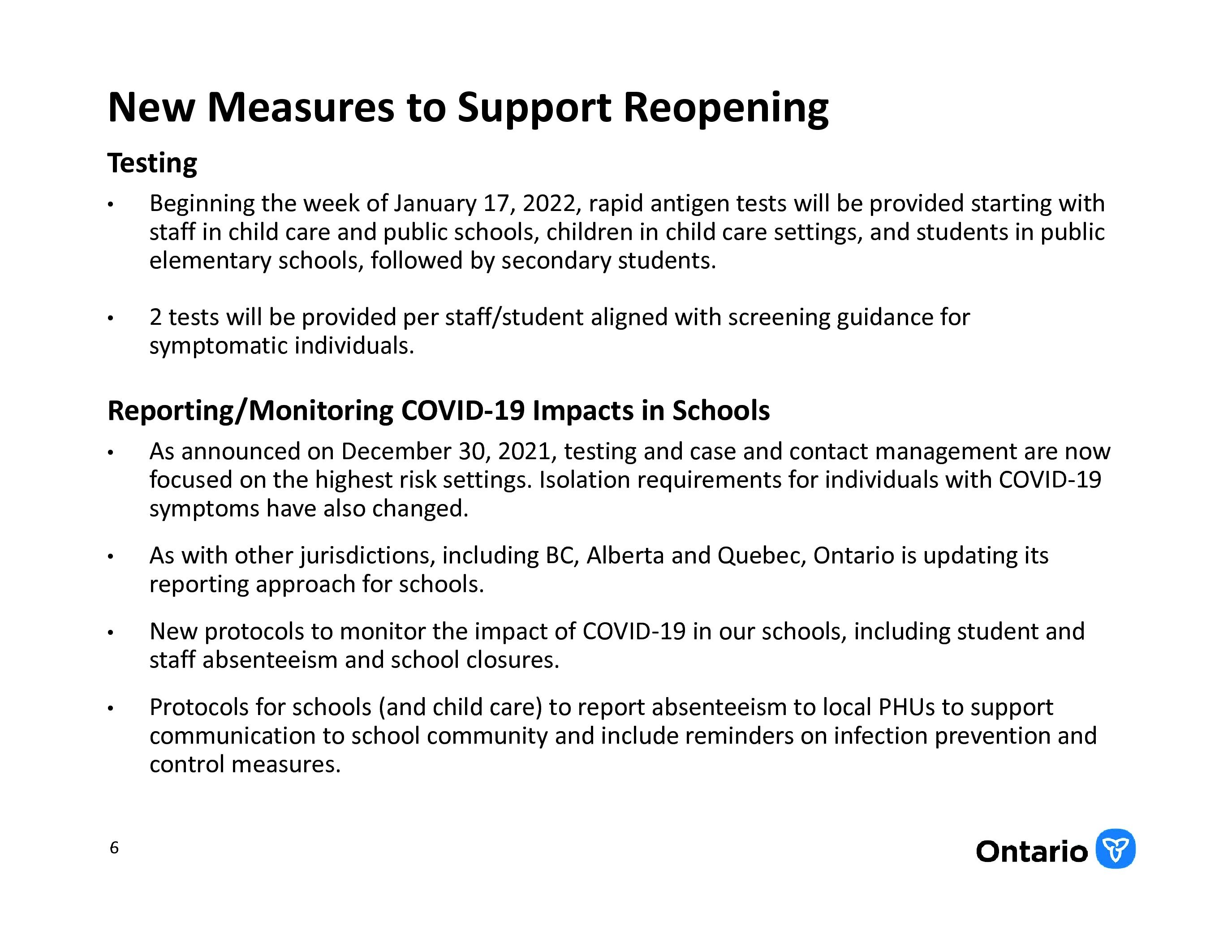 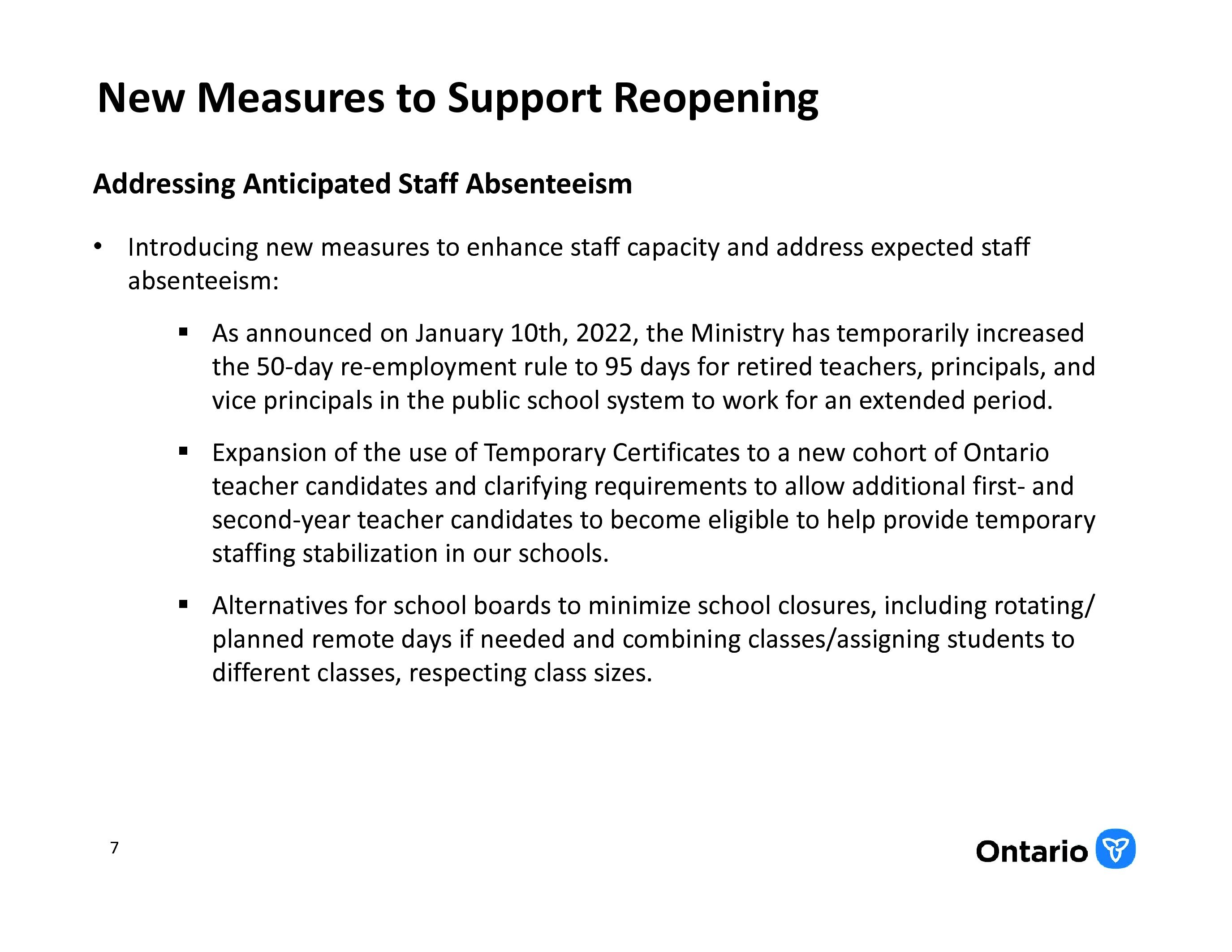 Coronavirus
COVID-19: What you need to know for January 19
TVO.org staff

Coronavirus
What Should We Do About the Unvaxxed?