The province fleshed out the revisions to its Phase 2 vaccine-distribution plan in a technical briefing with reporters on Tuesday morning. Among the changes to the plan first announced last week: a greater emphasis on vaccinating communities where COVID-19 has hit the hardest — so-called hot spots — based on the first three digits of their postal code. The province will work with local public-health units, community groups, and religious organizations to operate mobile or pop-up clinics in areas with the highest historical or current prevalence of COVID-19.

One of the first large pop-up clinics will be run in collaboration with BAPS Charities in North Etobicoke and booked through the William Osler Health System; its target is to administer 15,000 vaccines over three weeks.

Over the next several weeks, the province will also be prioritizing workers, teachers, and other education workers in hot spots.

The province also noted that, not for the first time, shipments of the Moderna vaccine have been delayed by a week. Officials say that the delays do not currently put at risk Premier Doug Ford’s pledge to have 40 per cent of adults vaccinated by the end of the current 28-day stay-at-home order — but that additional delays might. 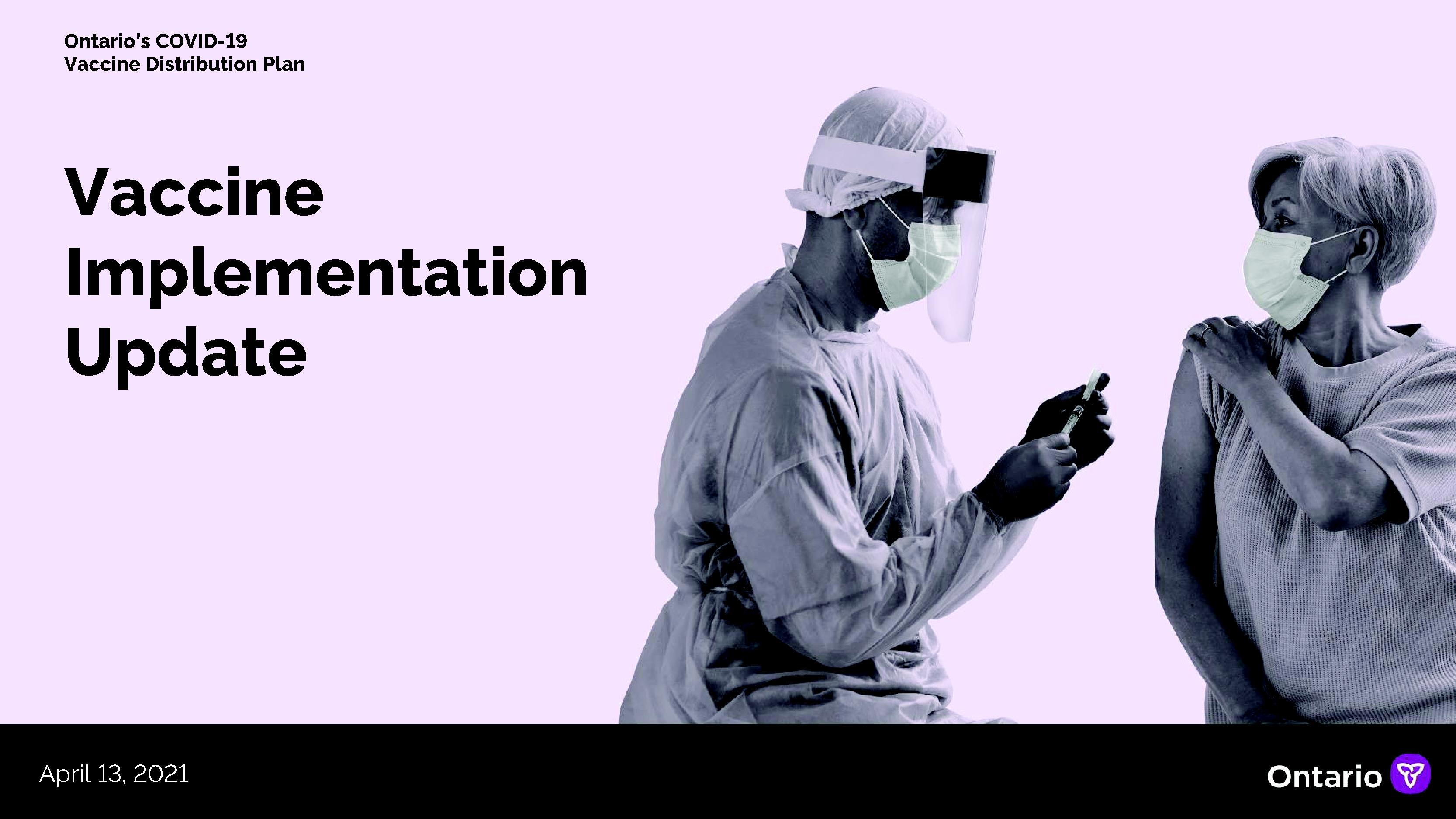 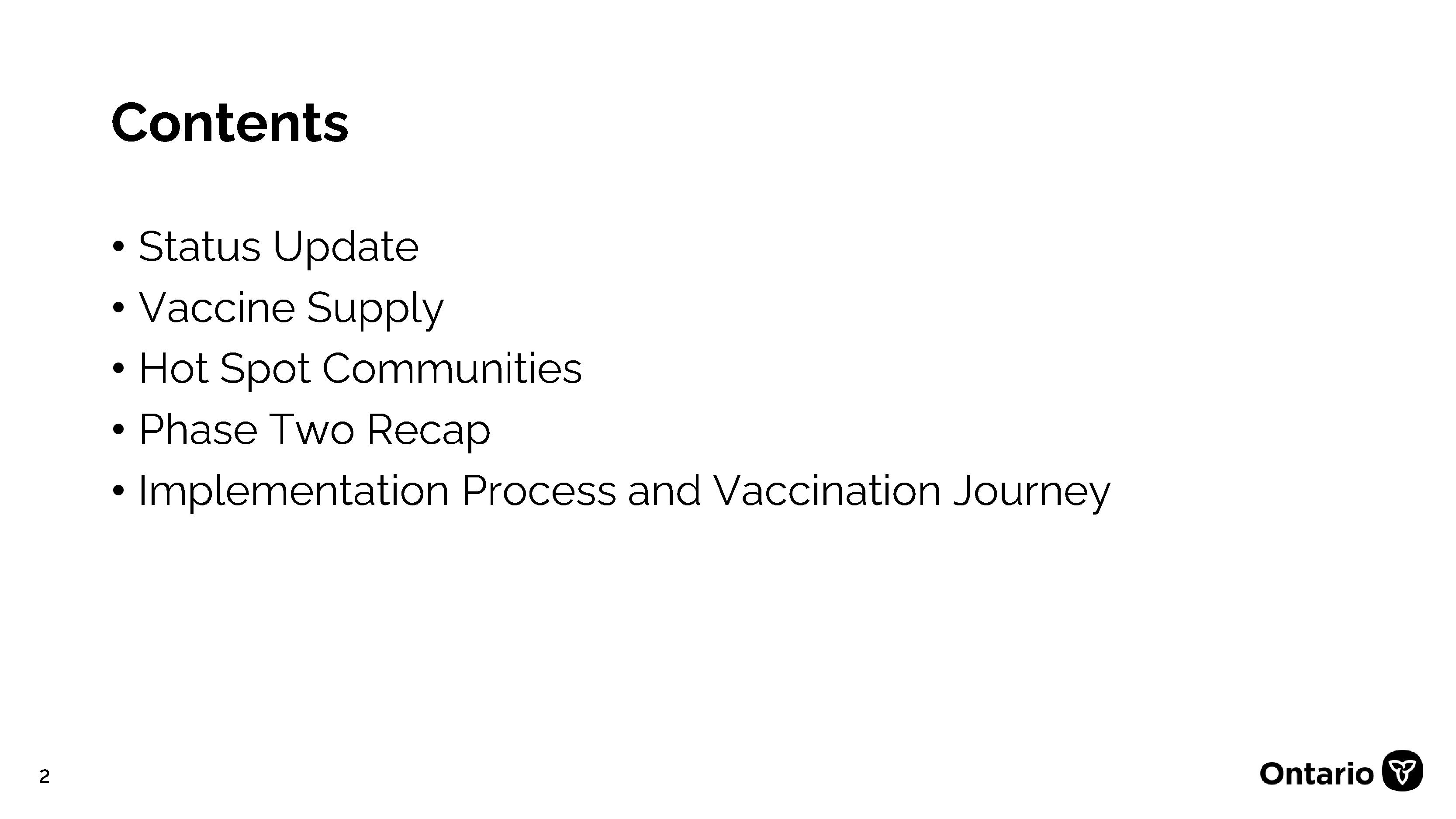 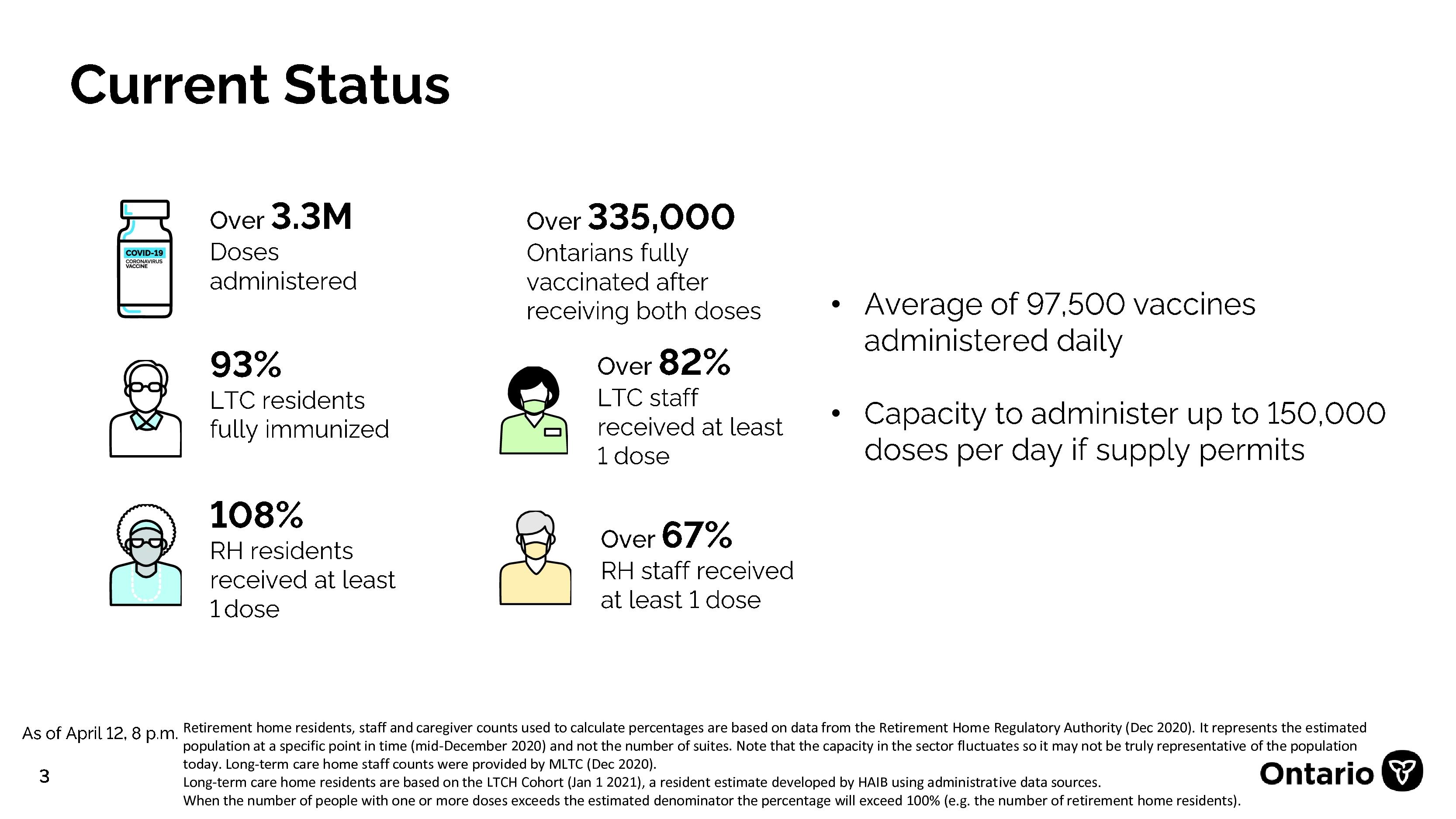 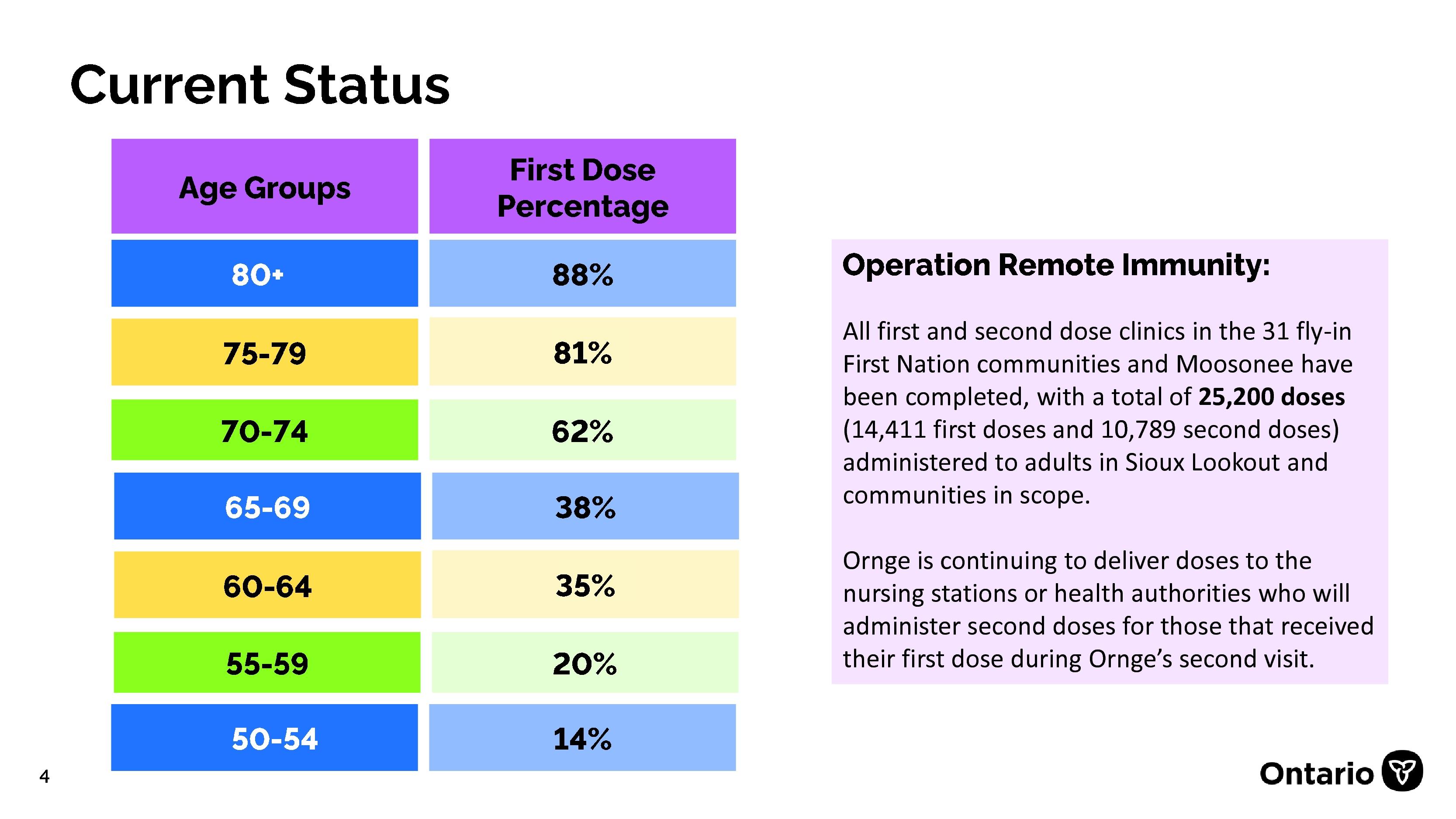 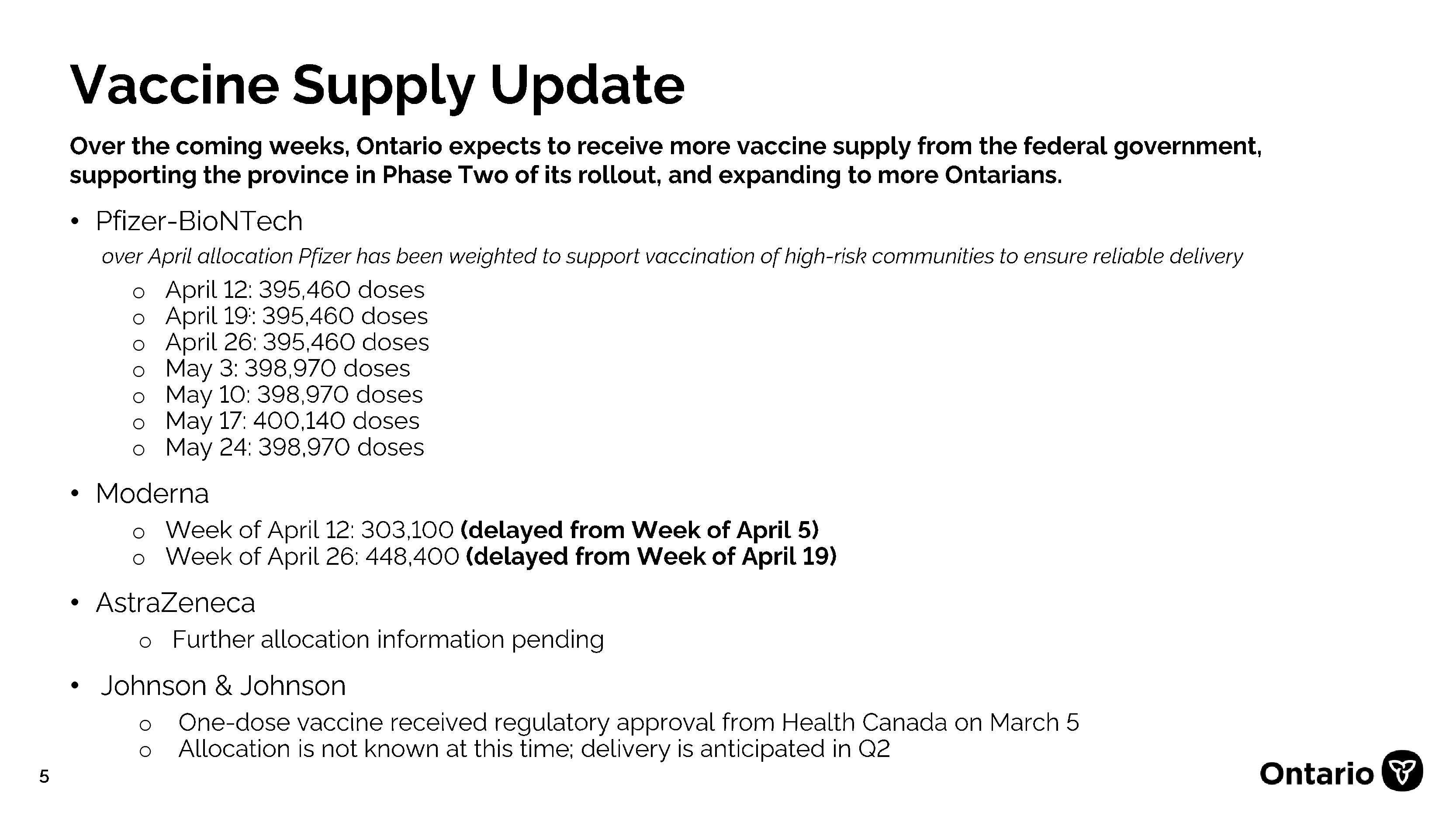 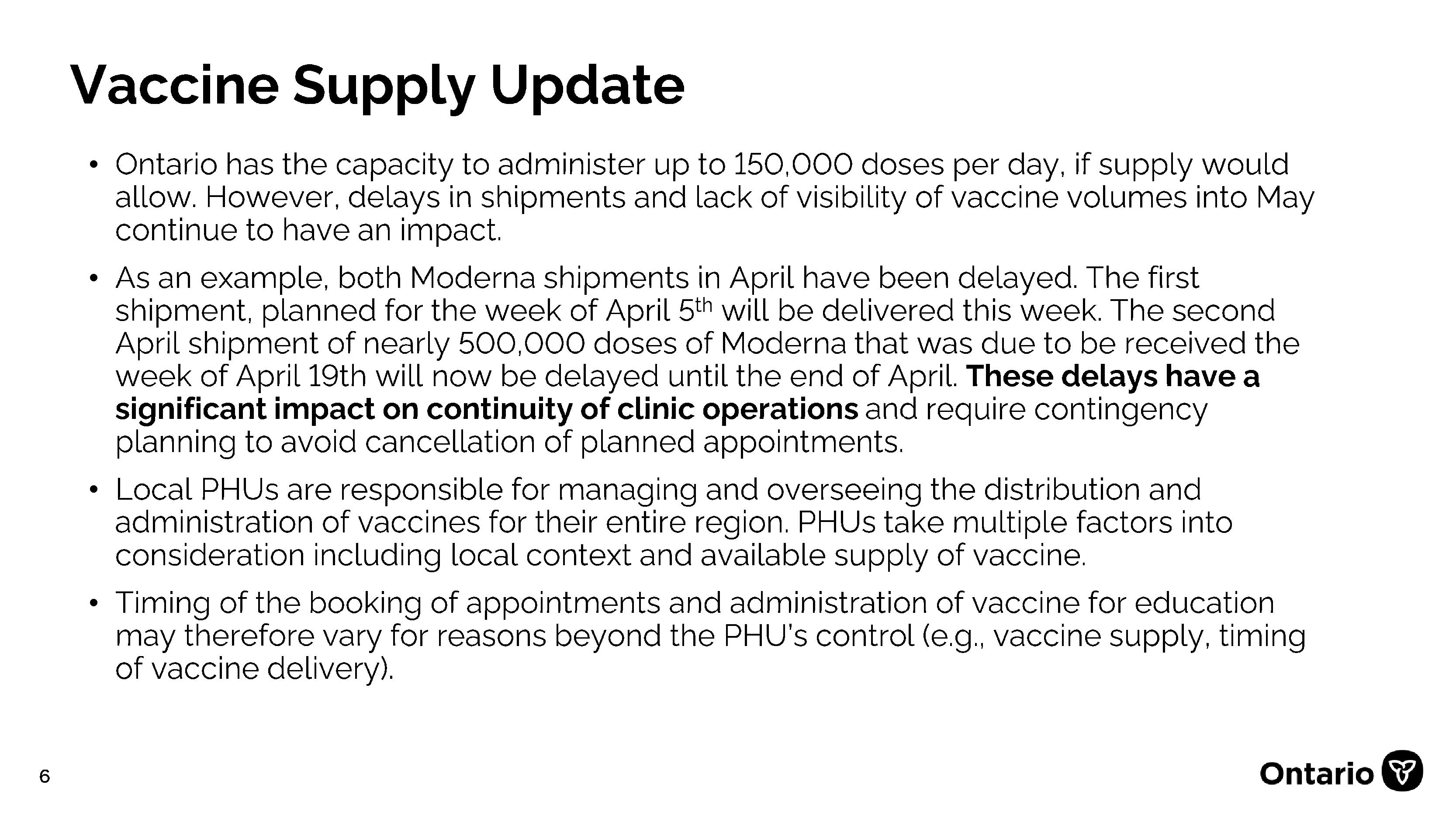 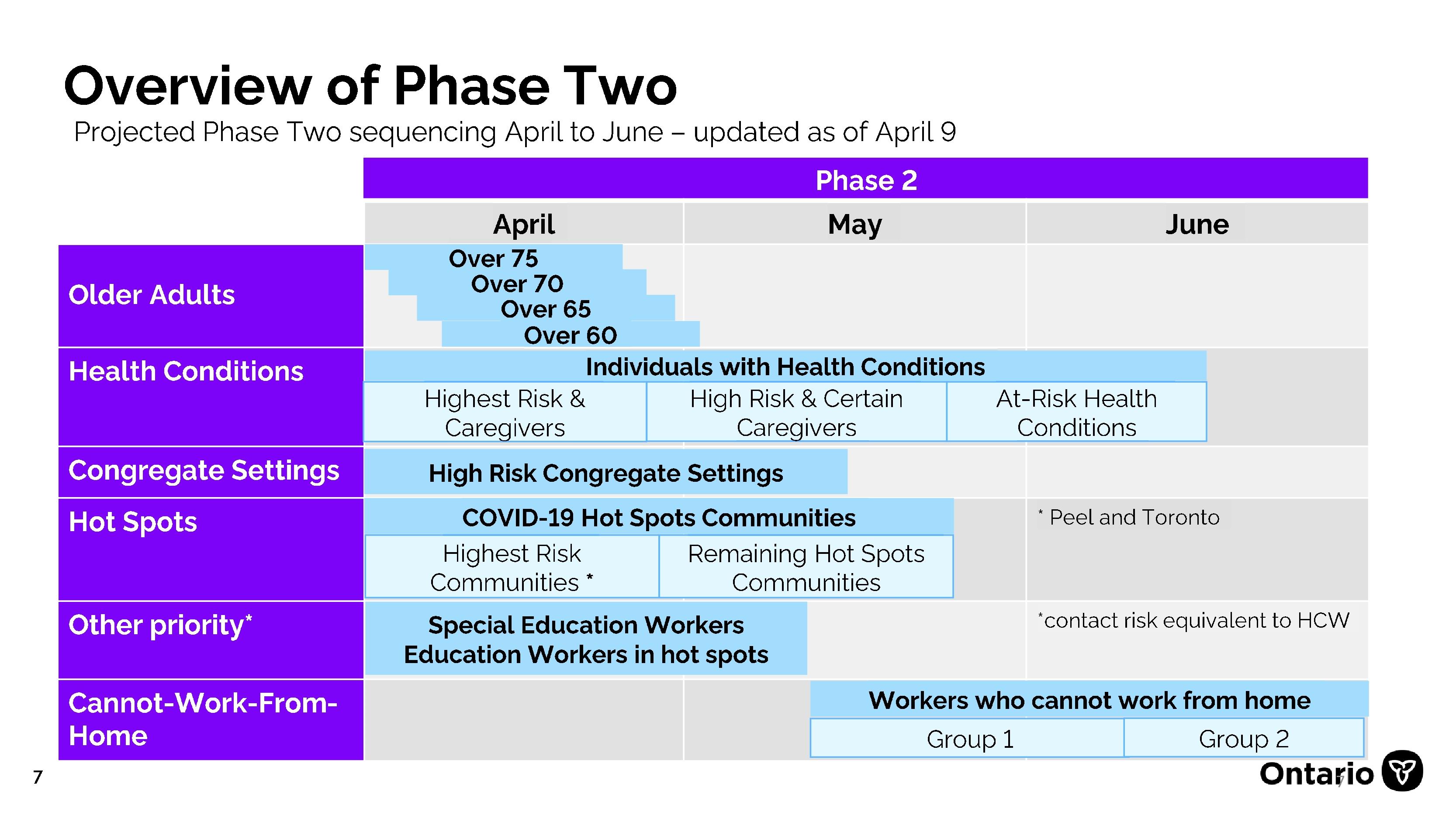 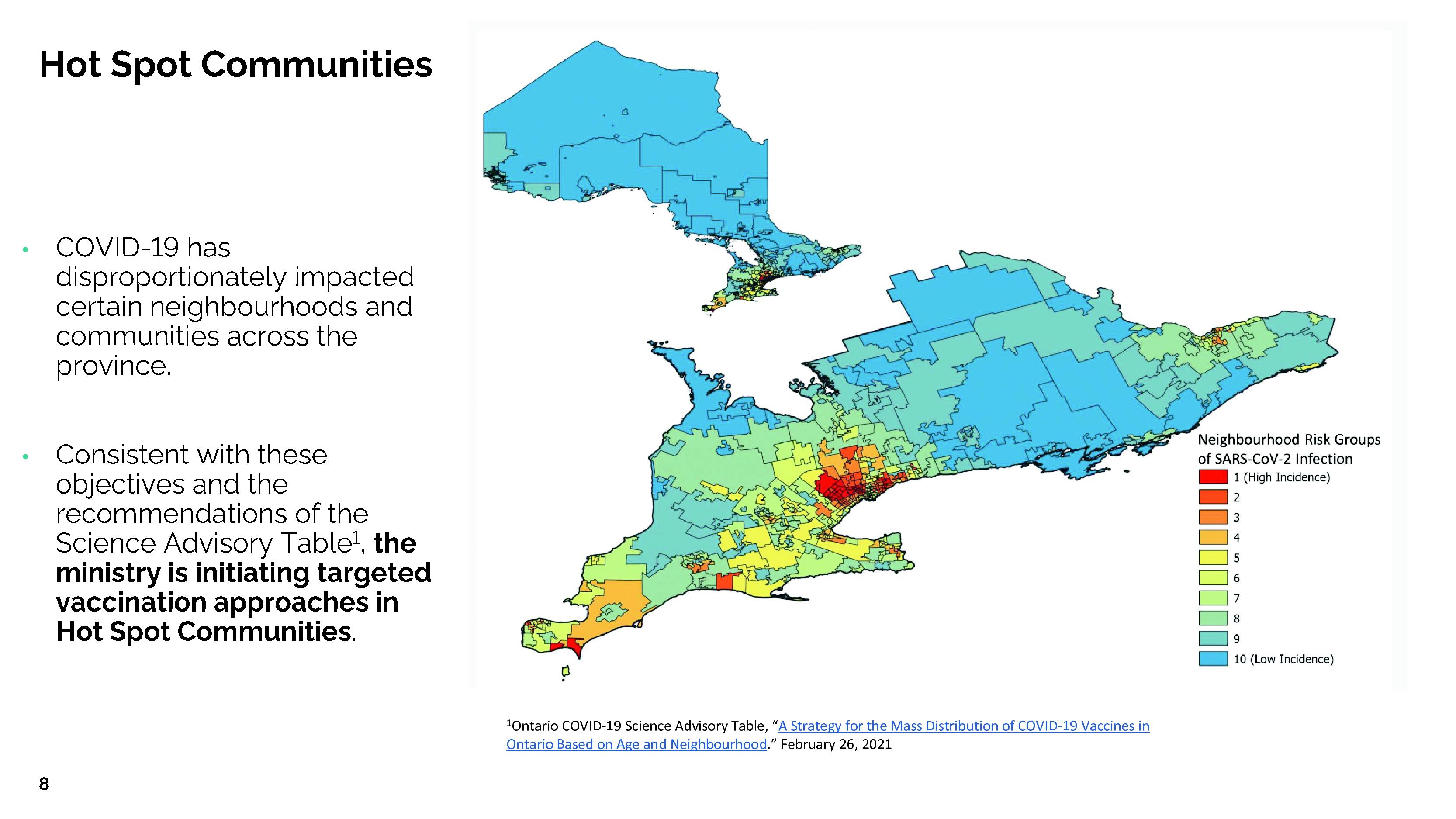 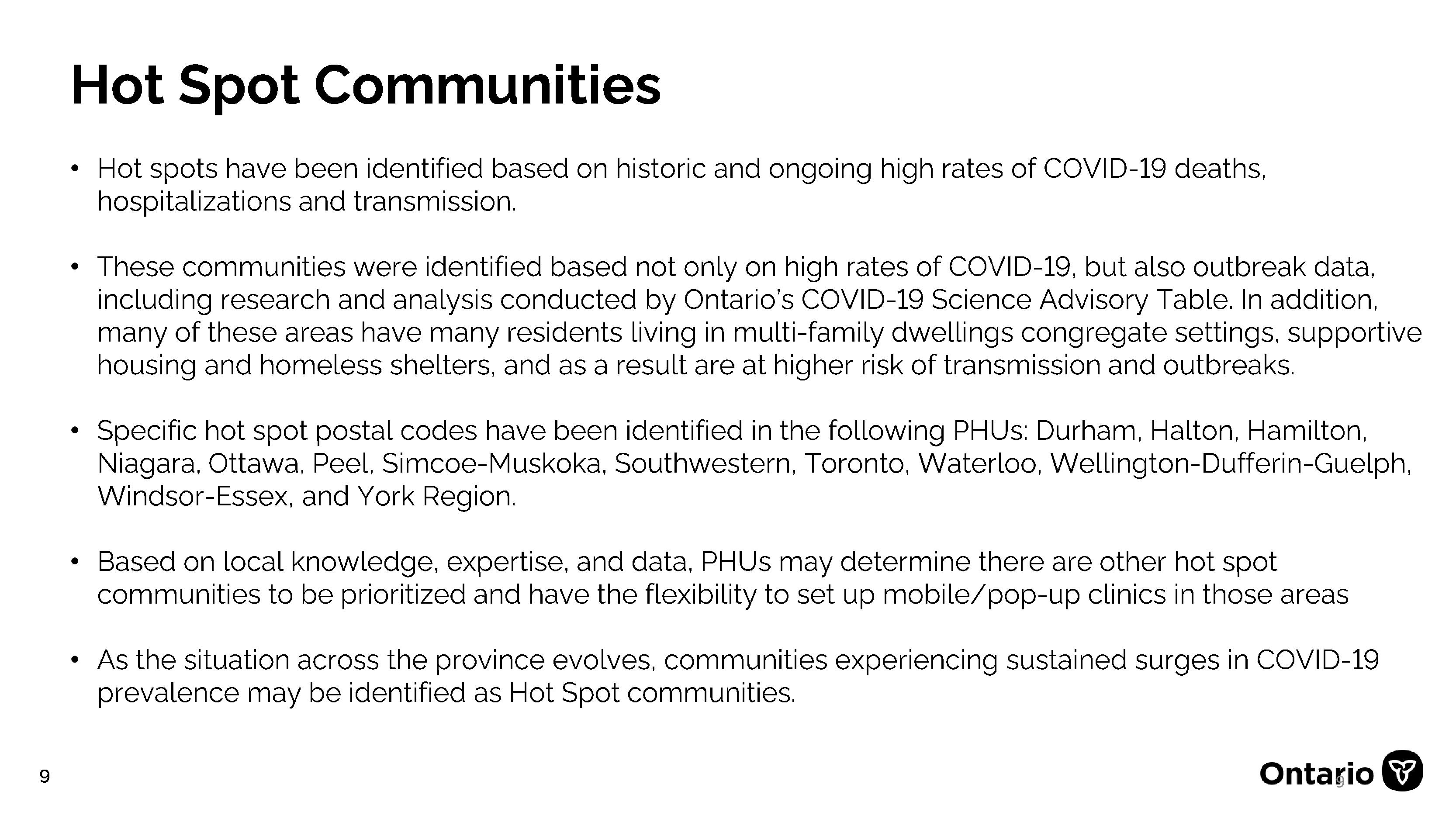 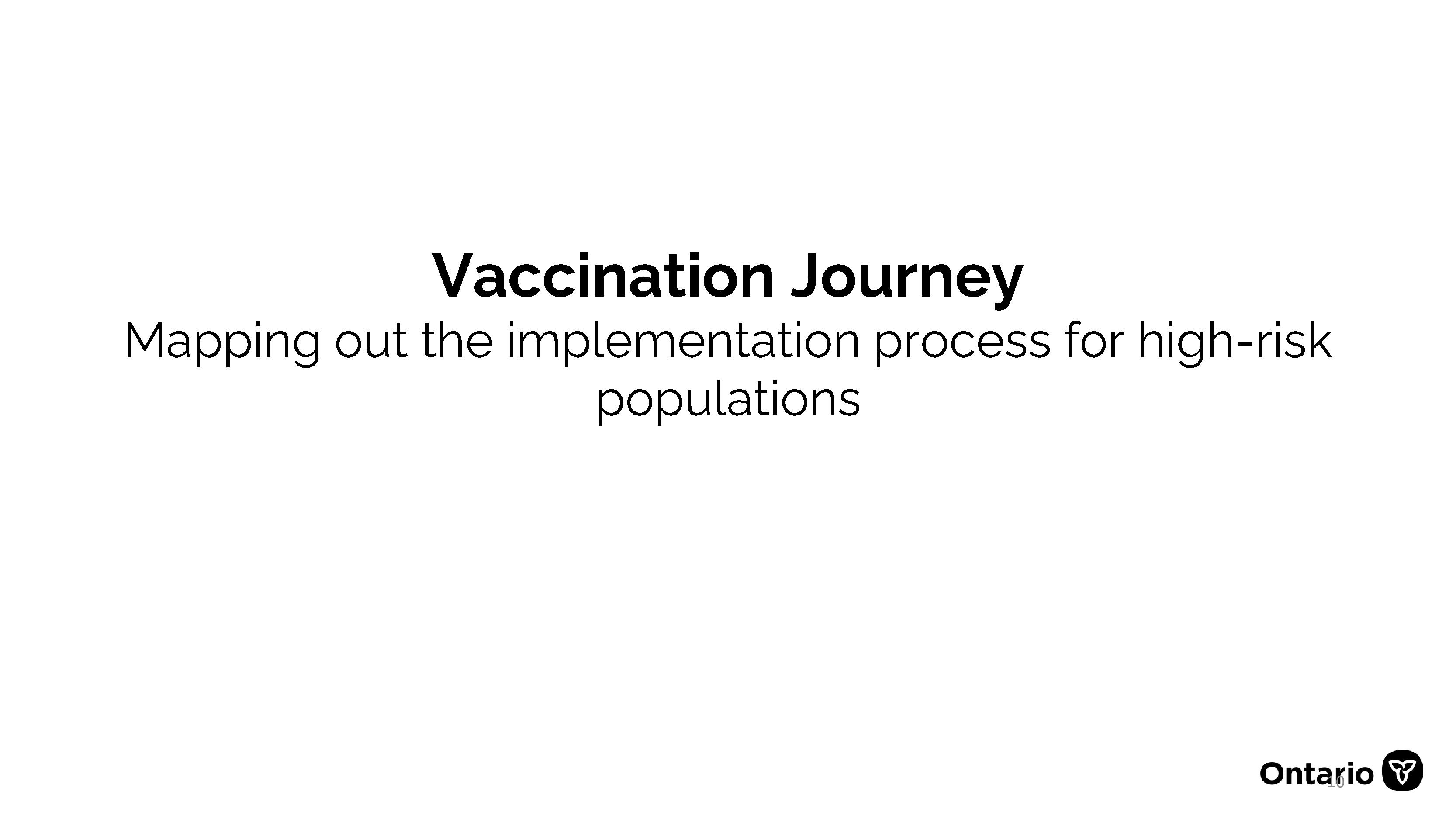 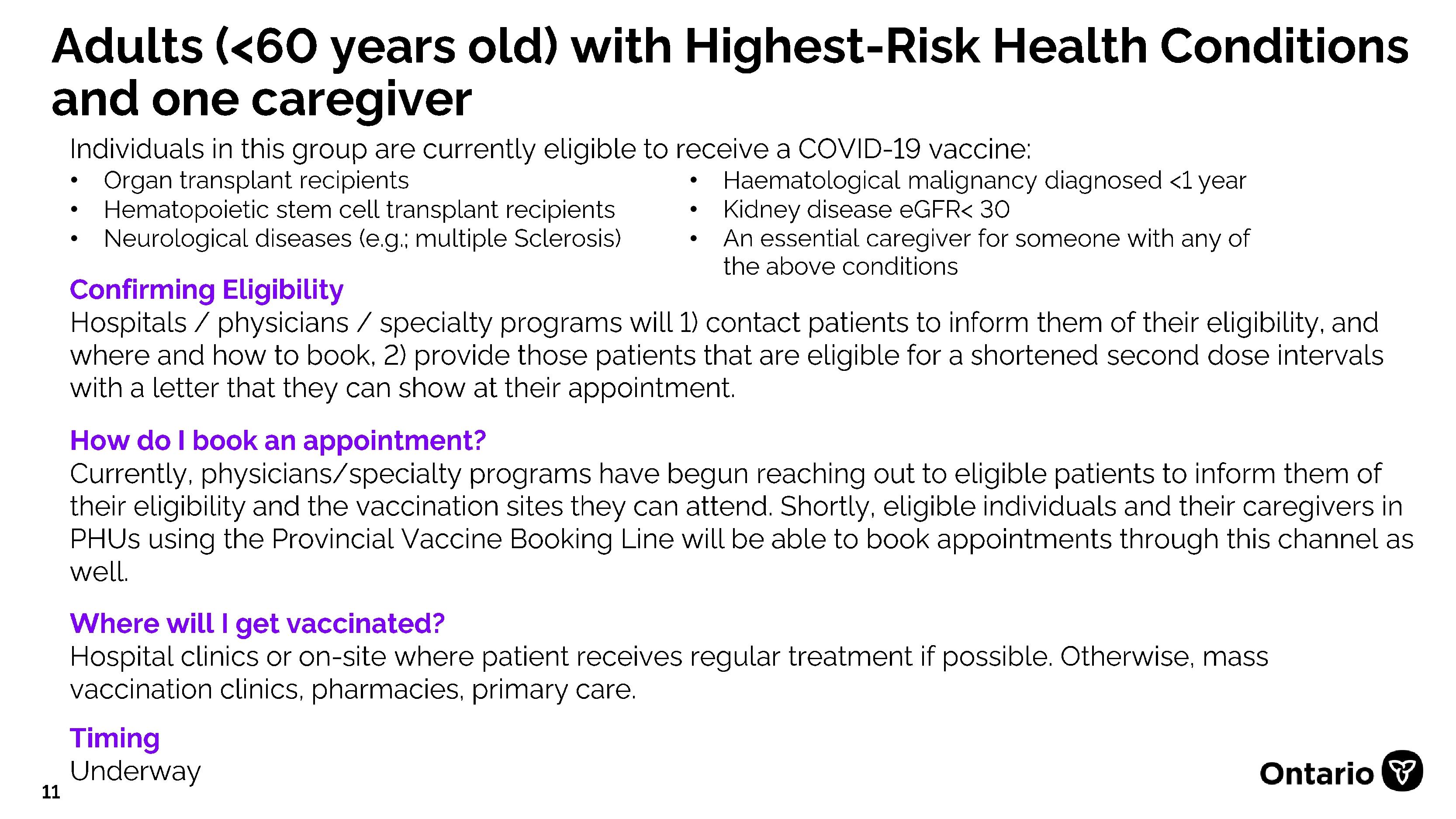 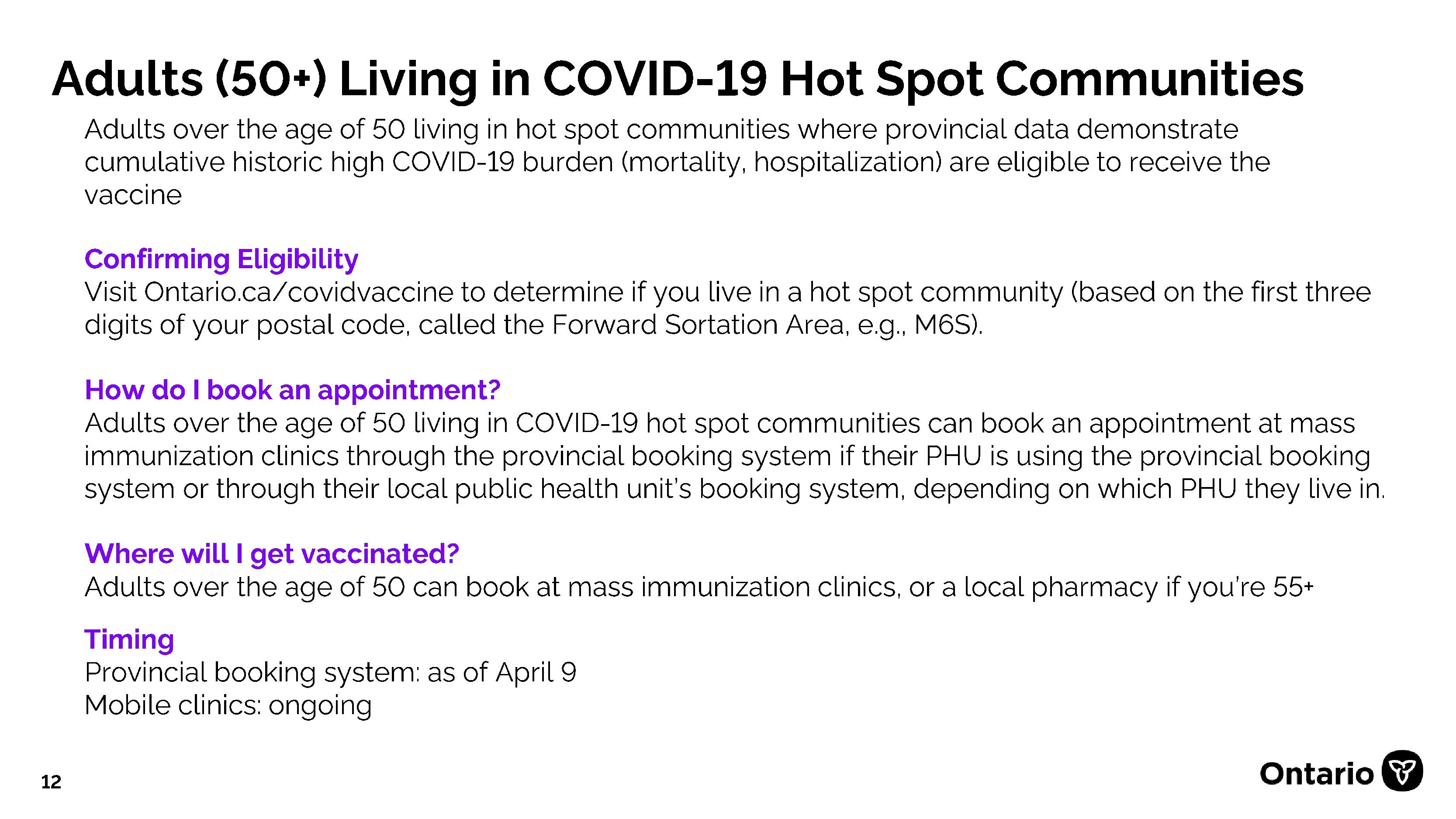 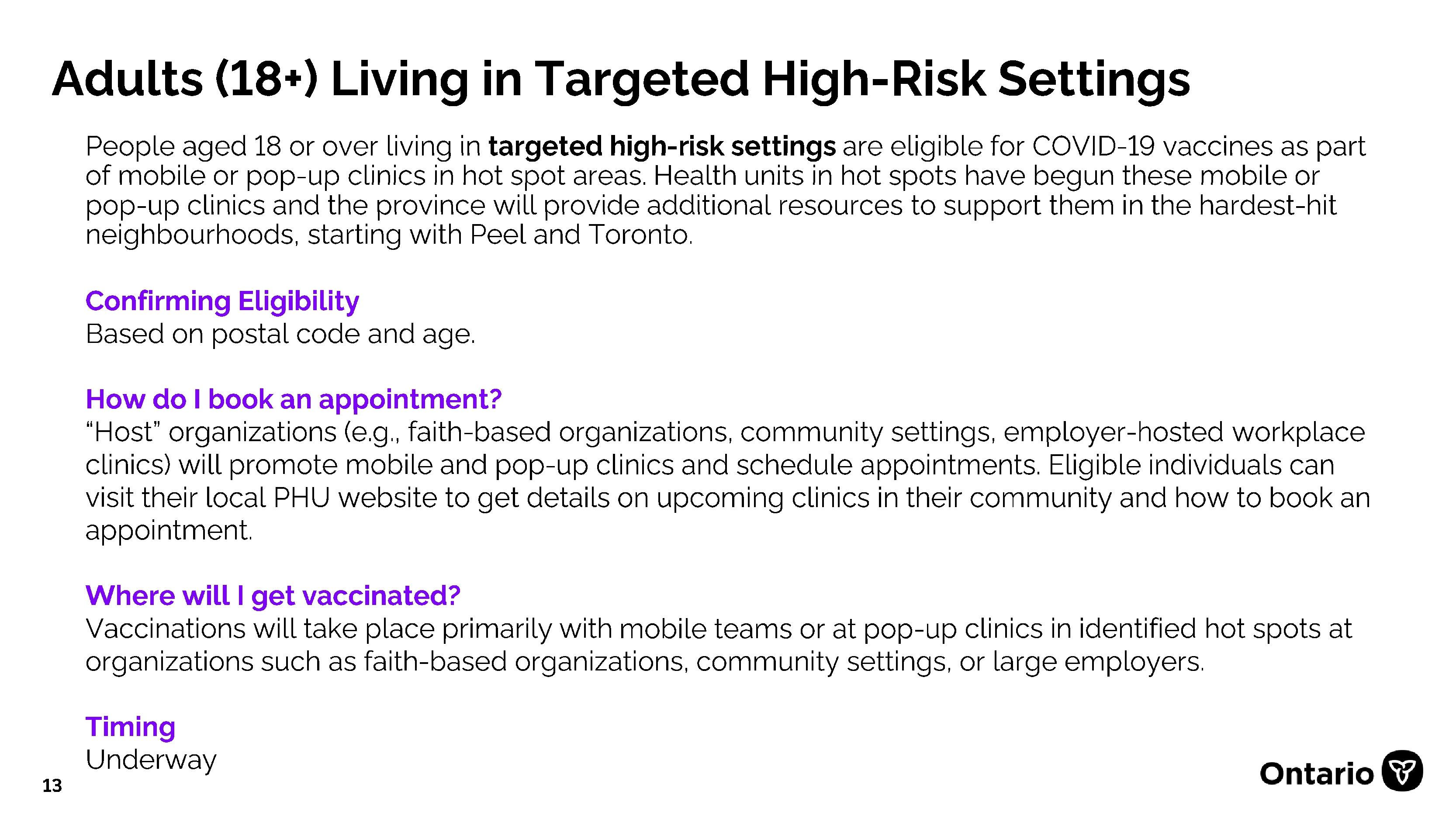 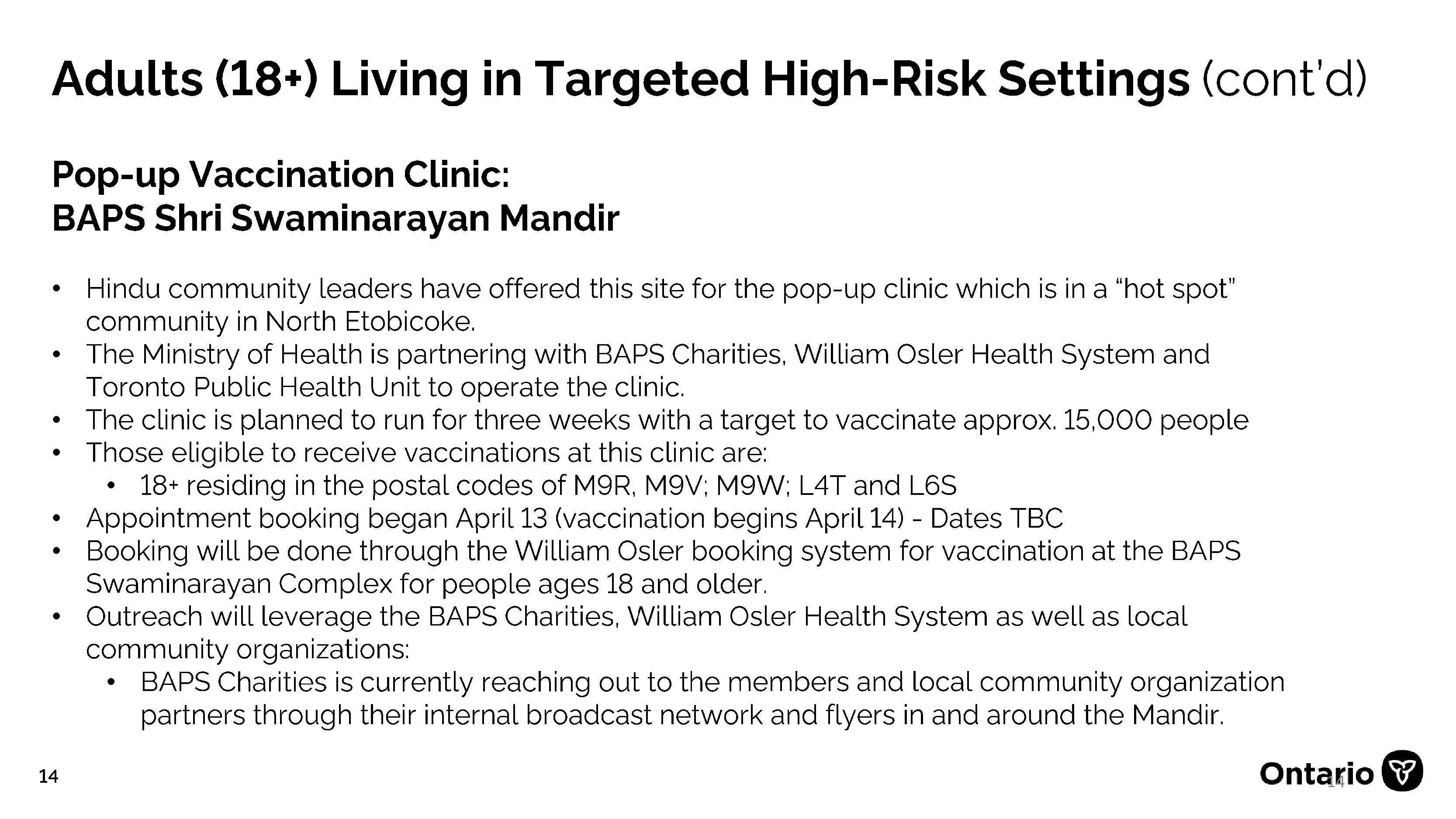 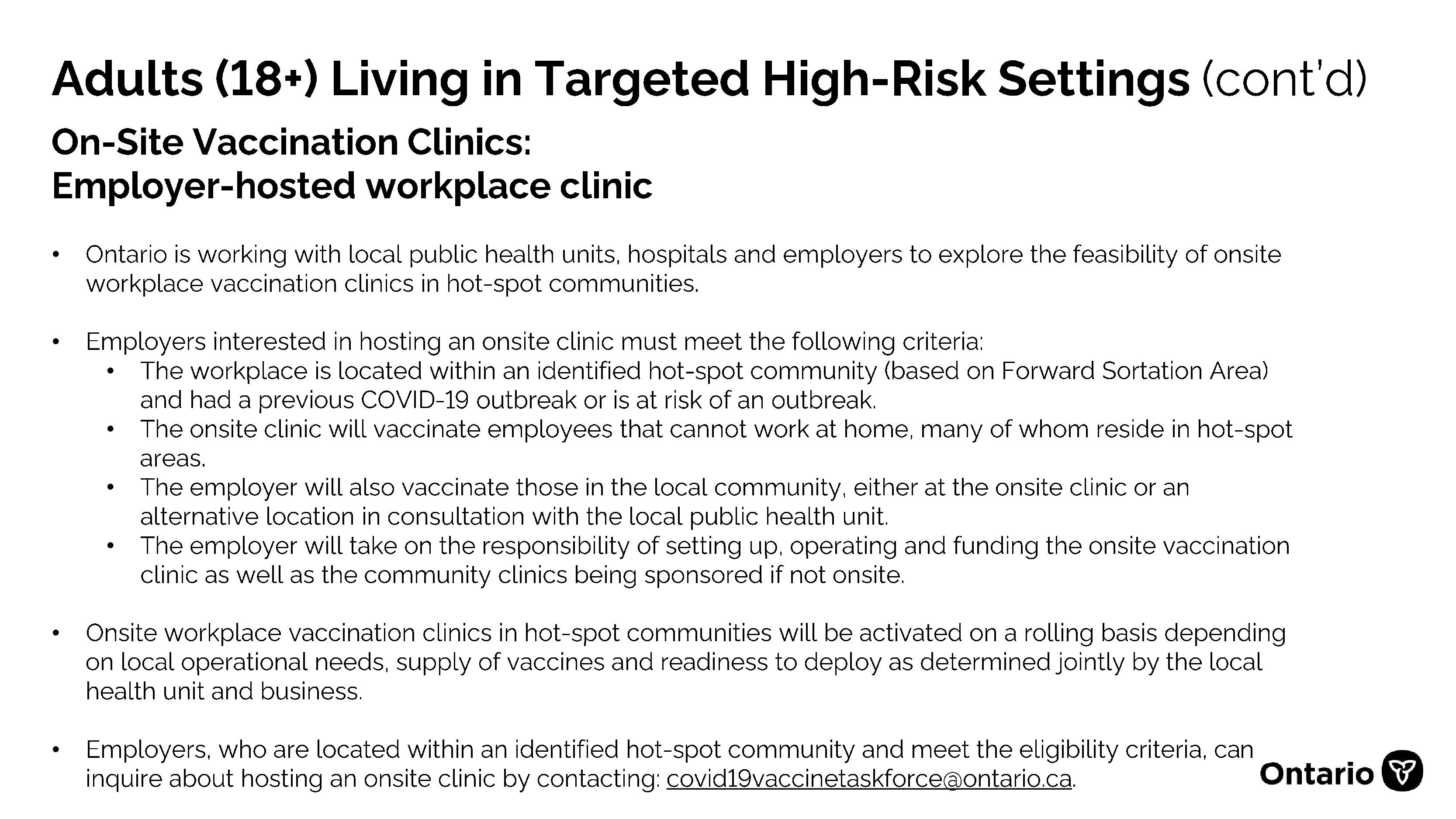 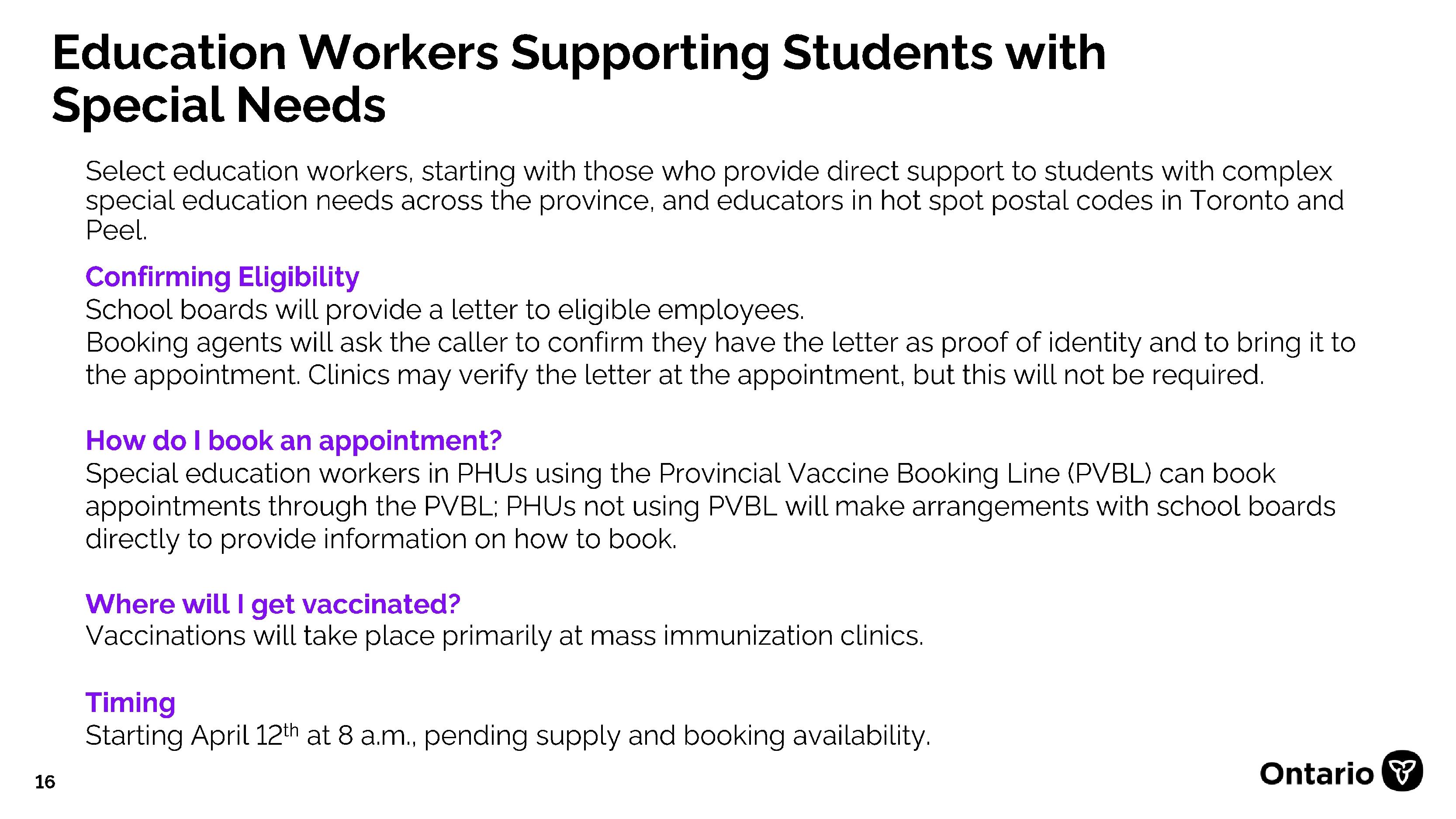 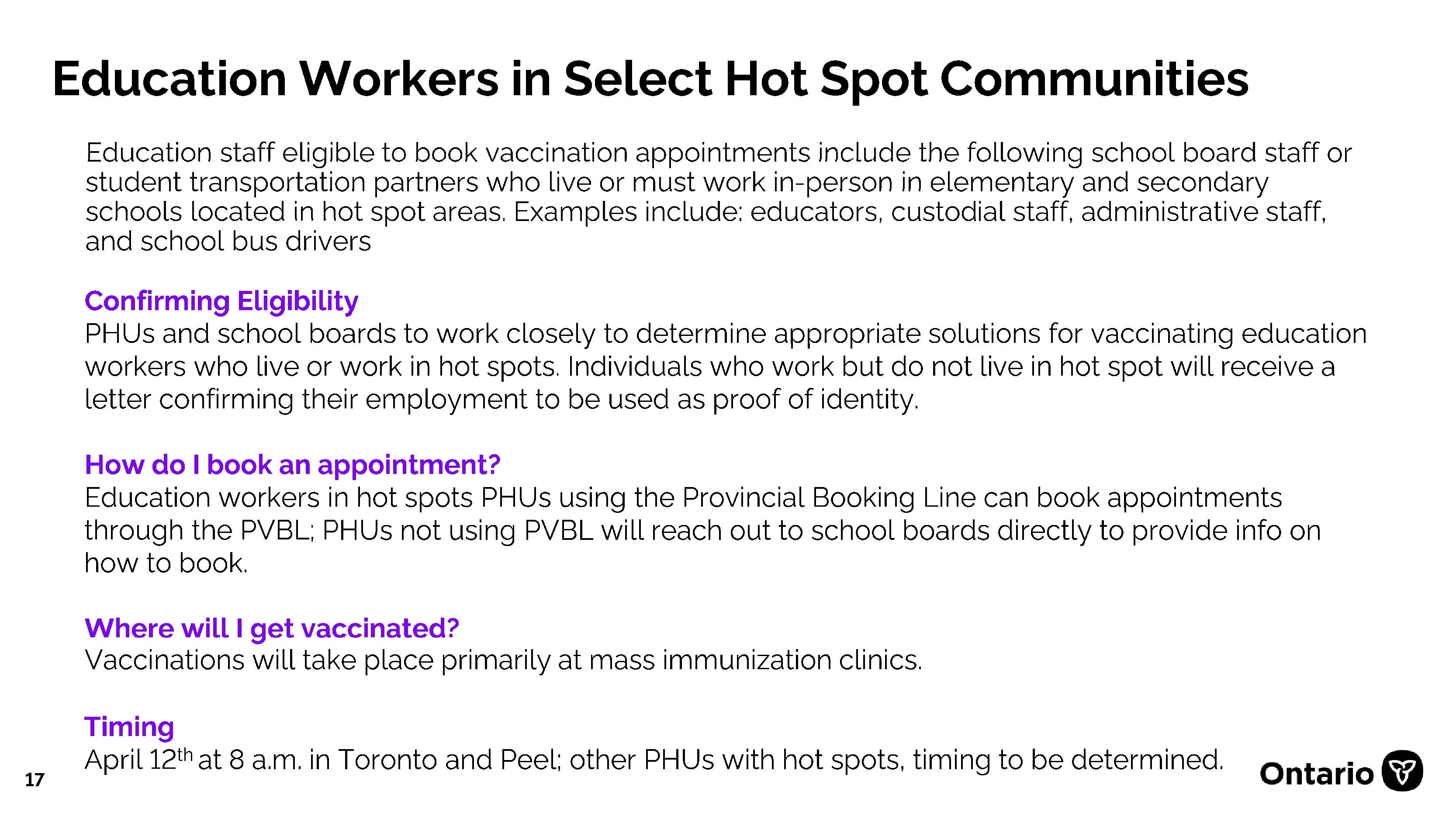 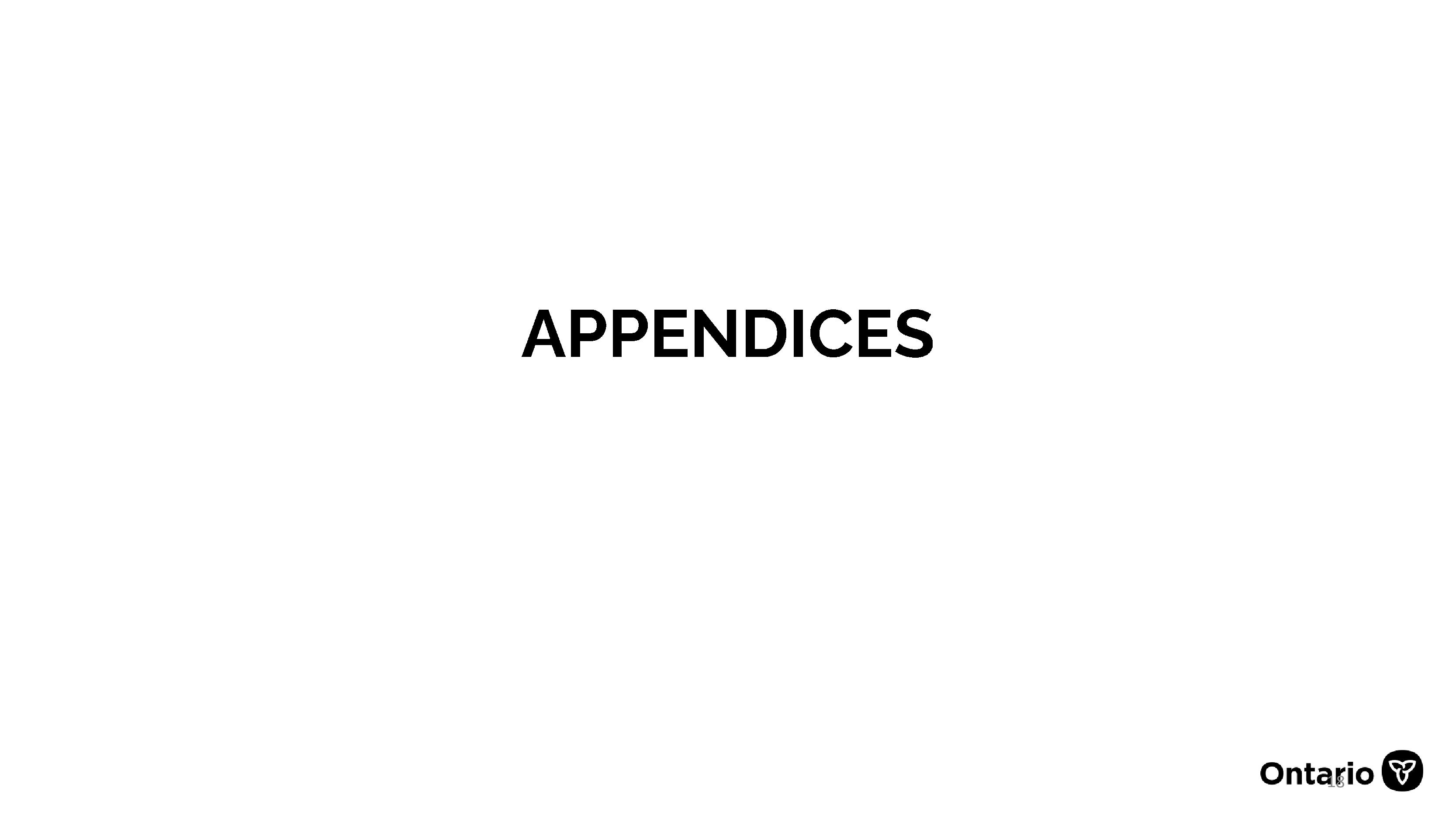 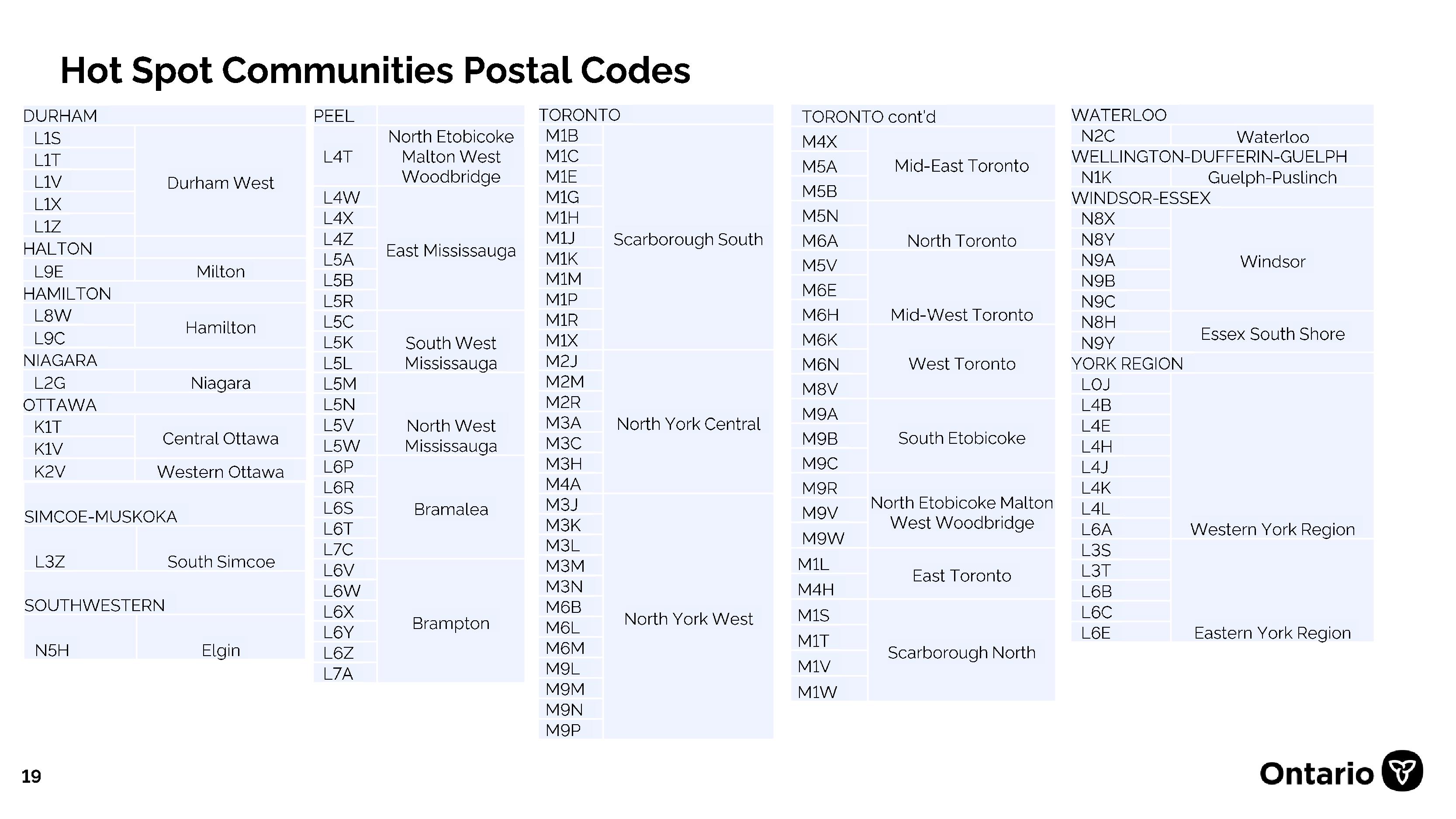 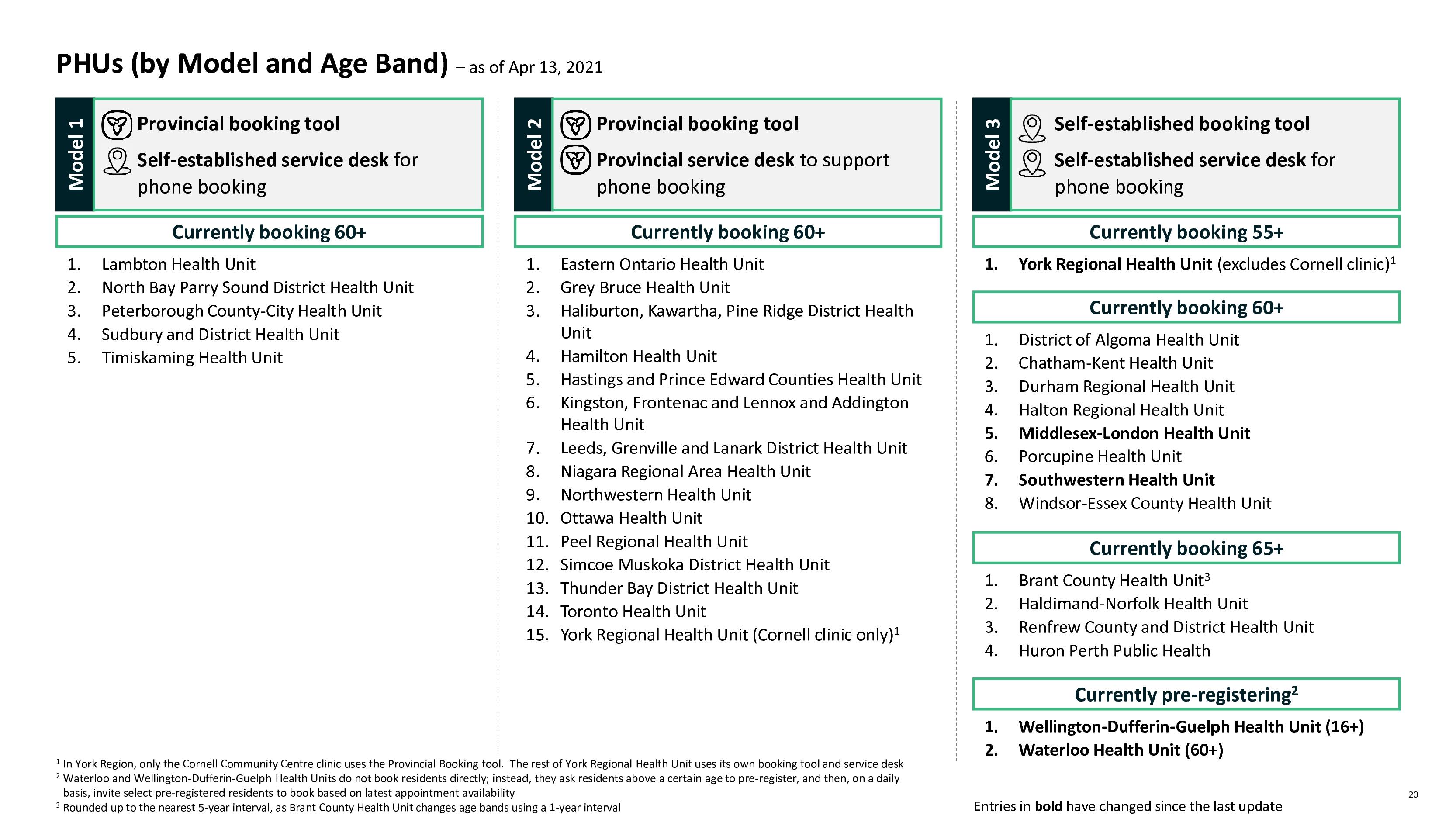 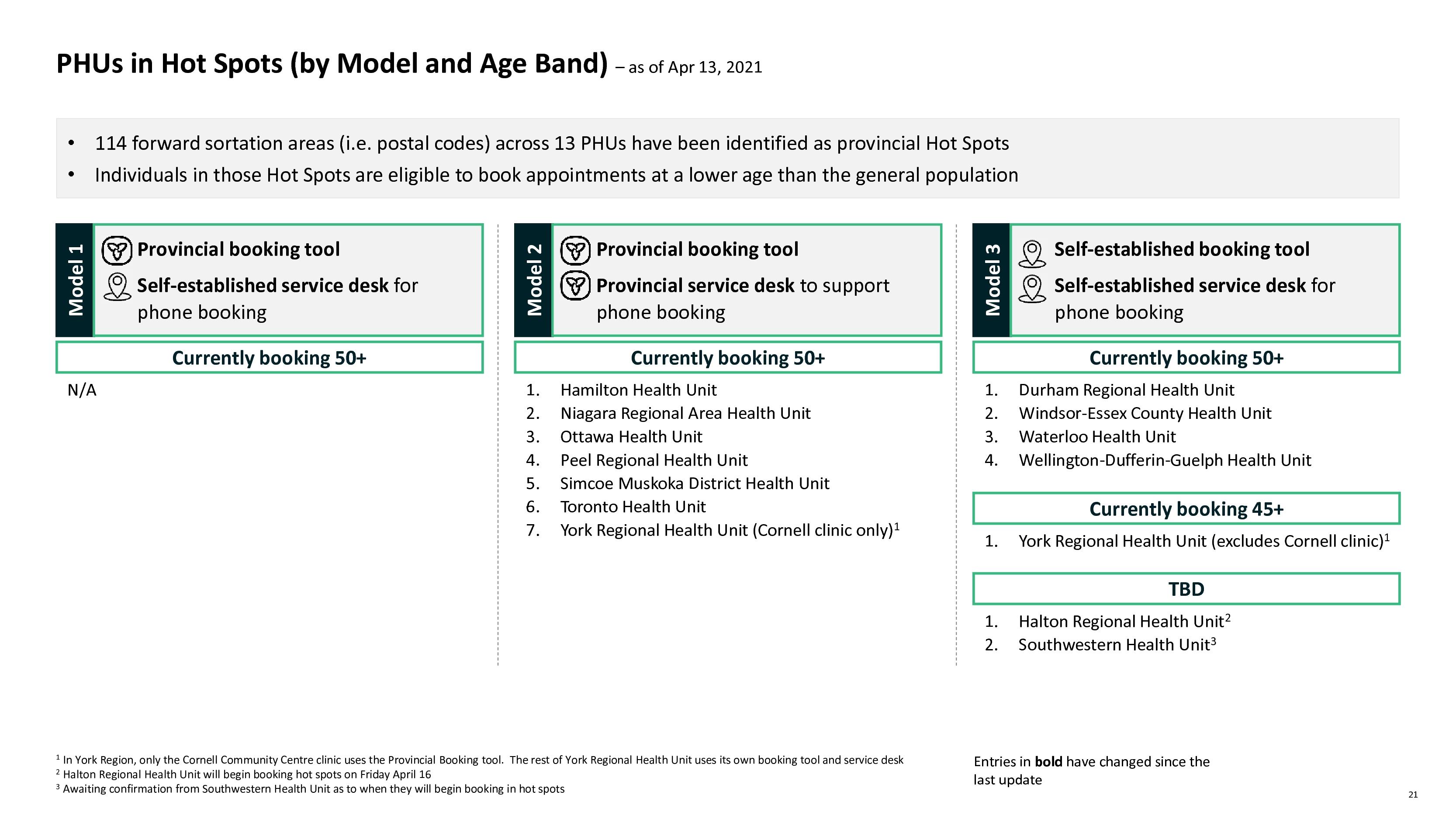 OPINION: Chocolate and flowers are no replacement for equal pay and affordable child care.

Coronavirus
COVID-19: What you need to know for May 7
TVO.org staff