Ontario is ramping up its use of rapid COVID-19 tests and expects to raise its level of testing to more than 1 million per week in coming months. The province has already used rapid tests in long-term-care homes and now plans to expand their use in other vulnerable sectors and essential workplaces.

The Ontario government is receiving rapid tests both from the federal government and through its own procurement efforts.

Government officials, briefing media on background, confirmed that all the rapid tests being used by Ontario will detect so-called variants of concern — the strains of COVID-19 that have alarmed officials and medical experts because of their higher levels of infection. 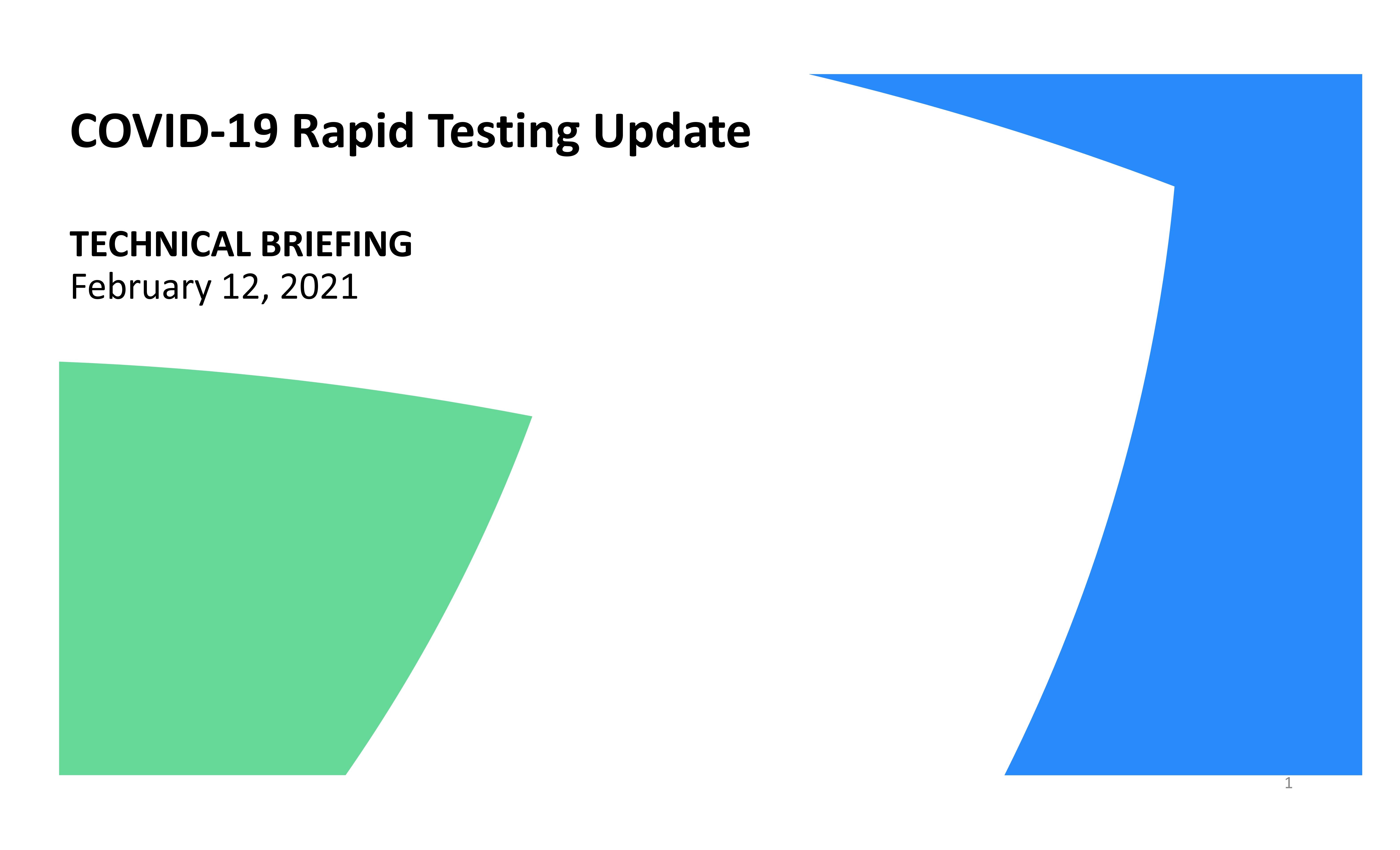 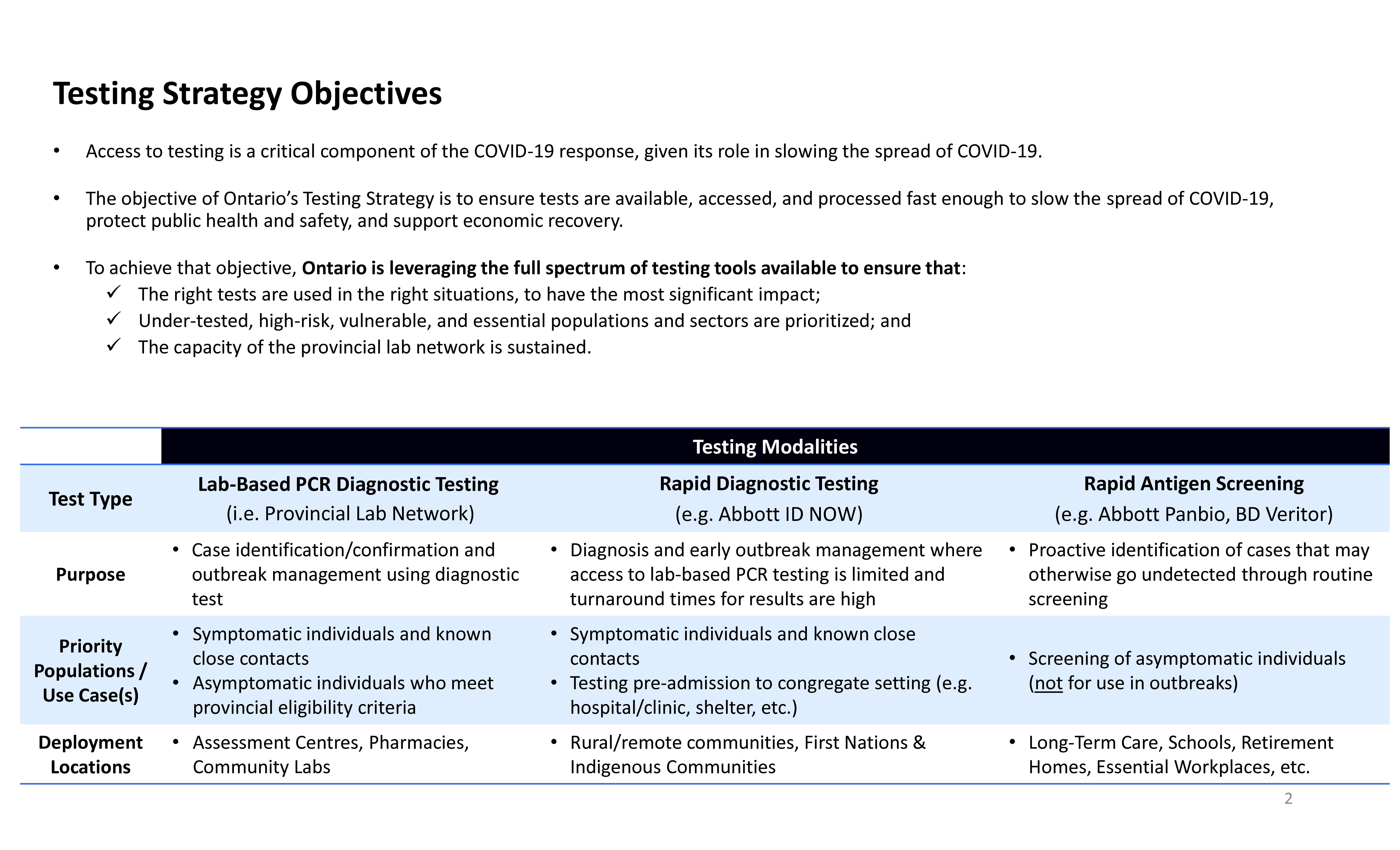 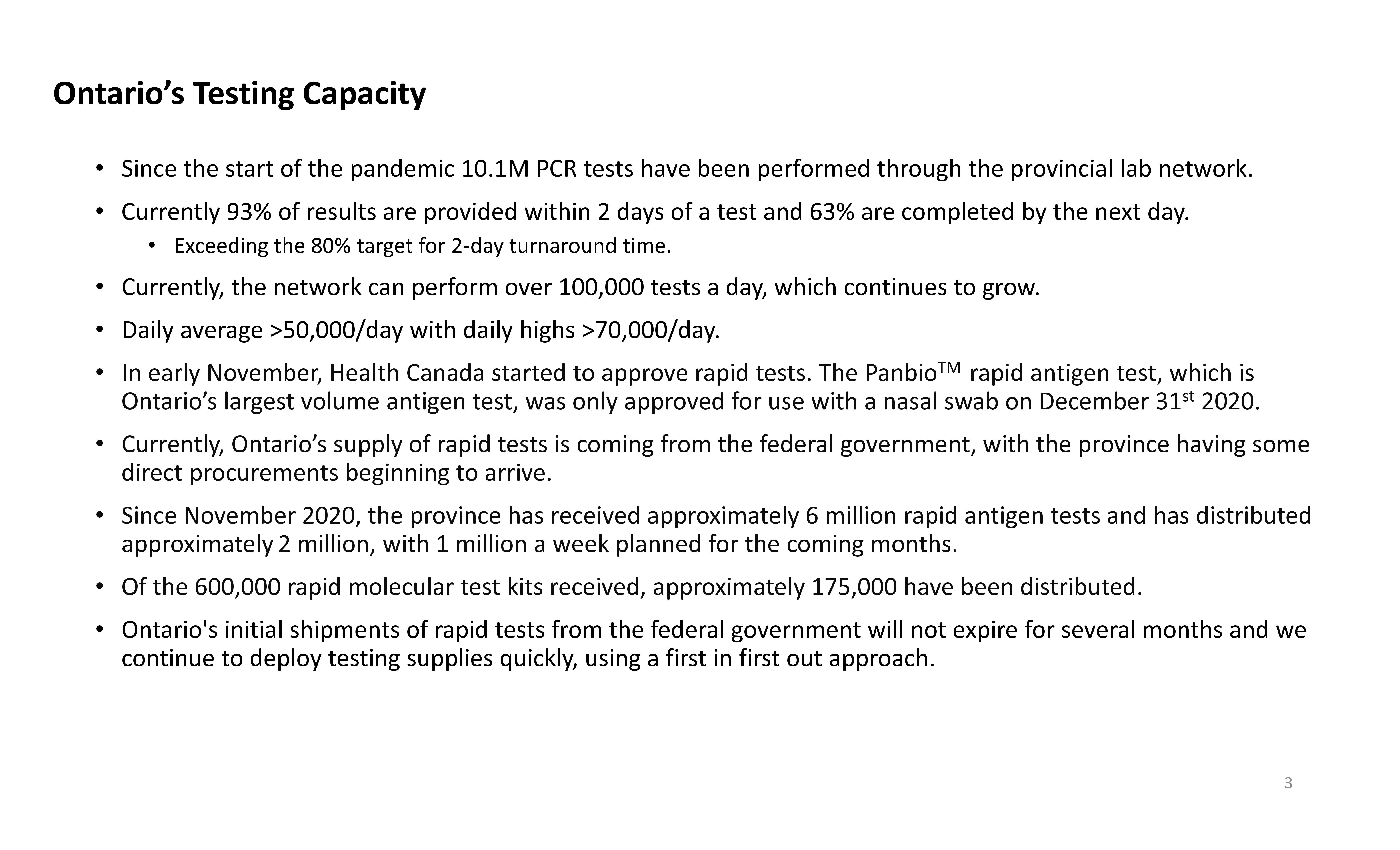 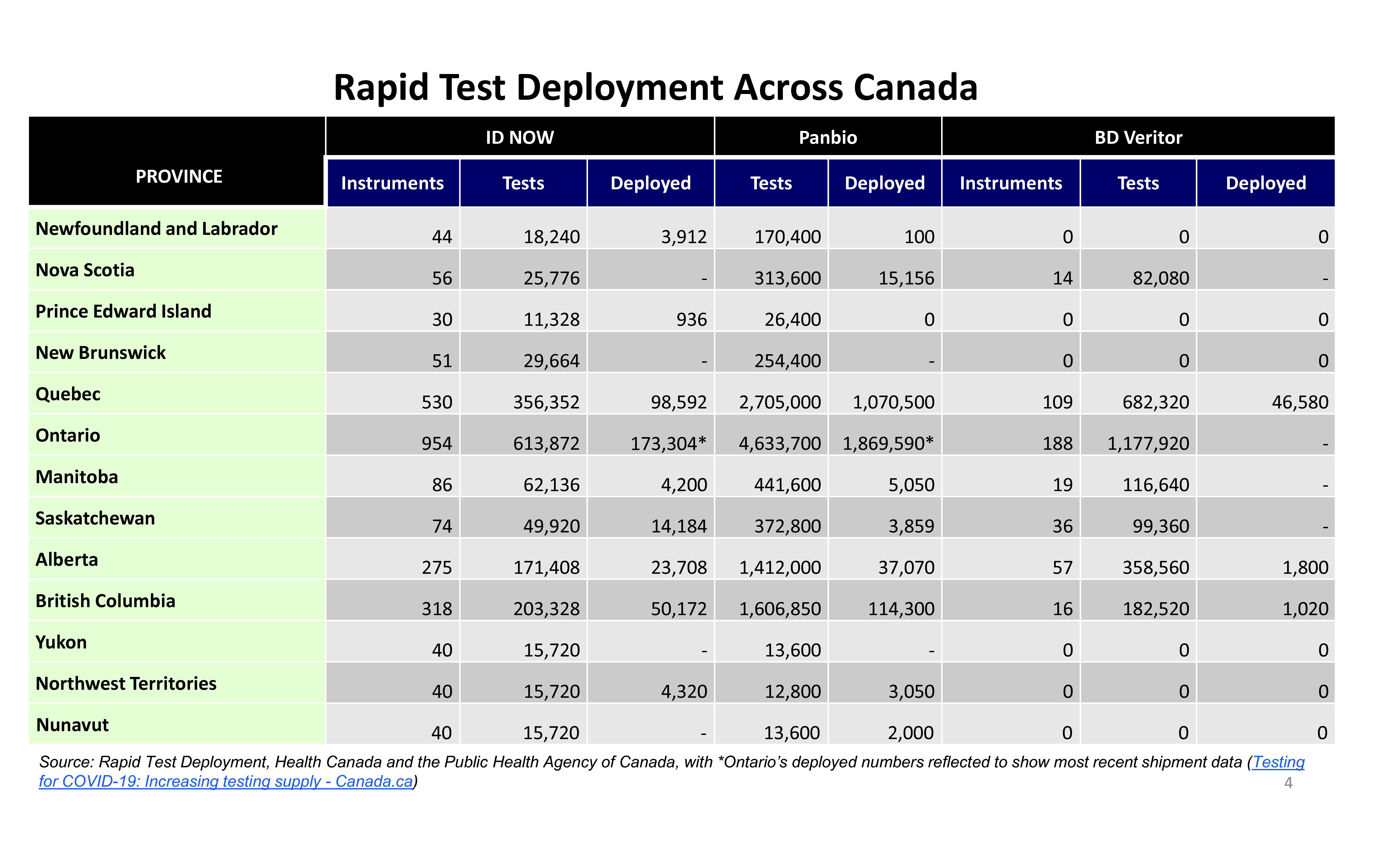 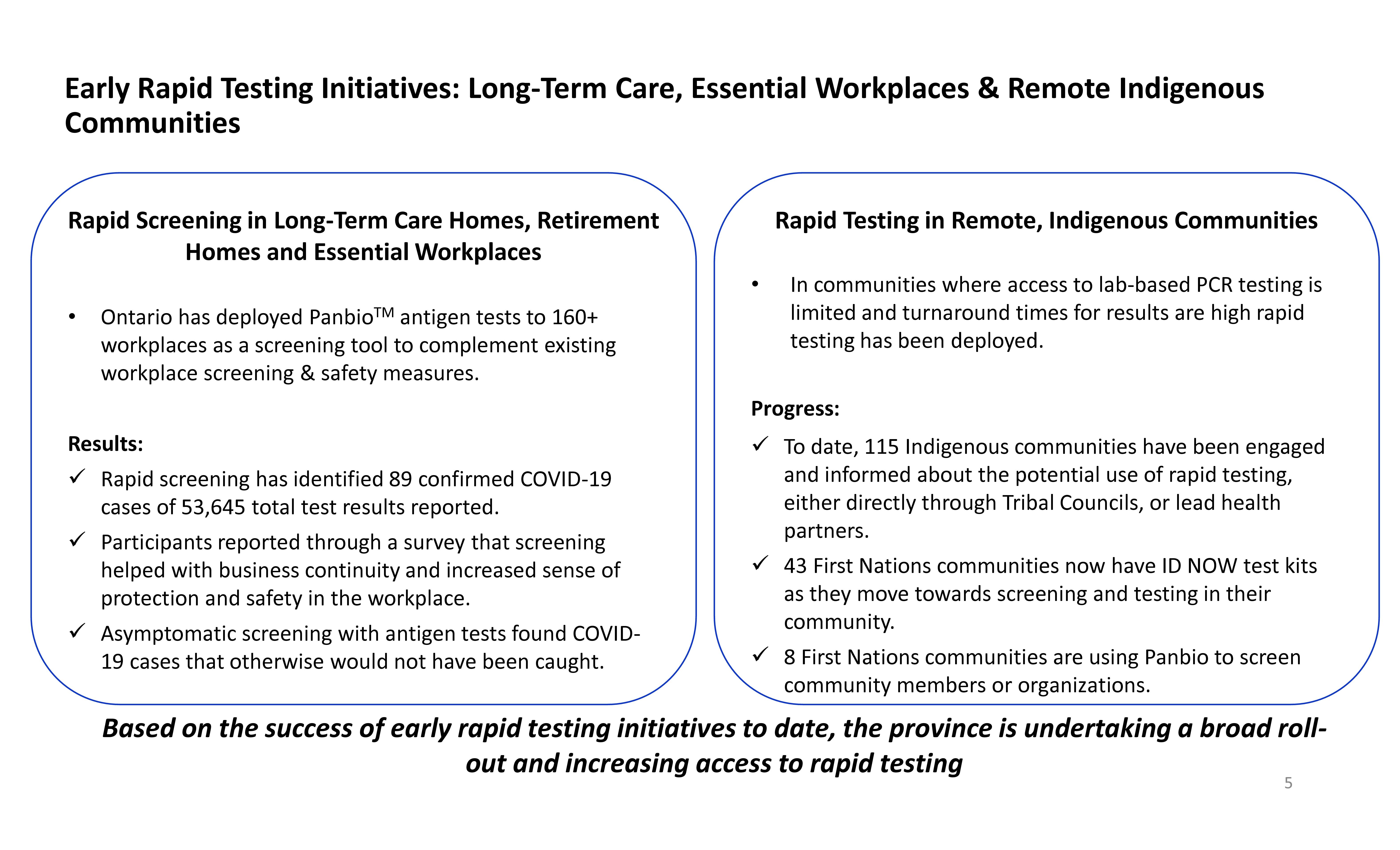 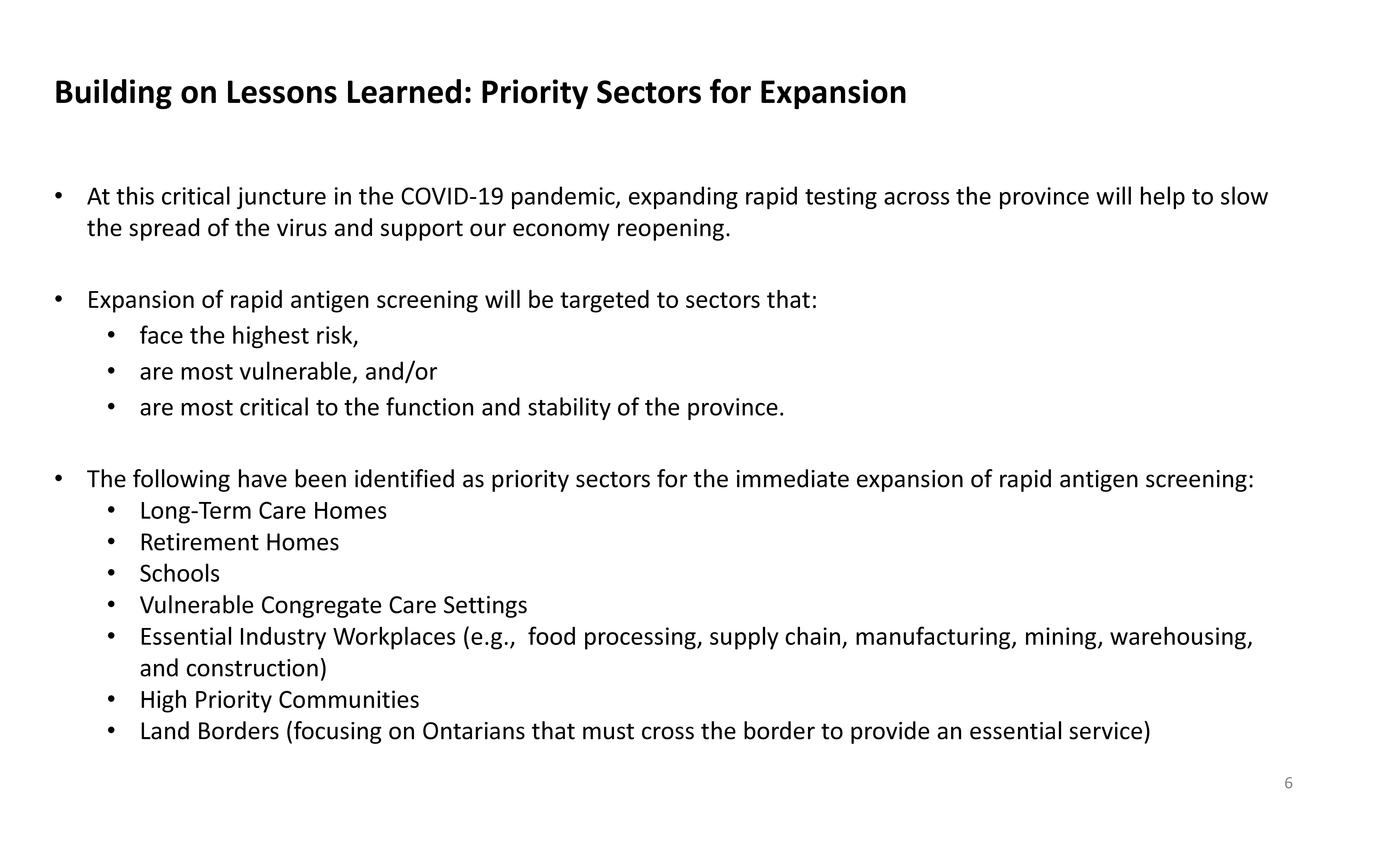 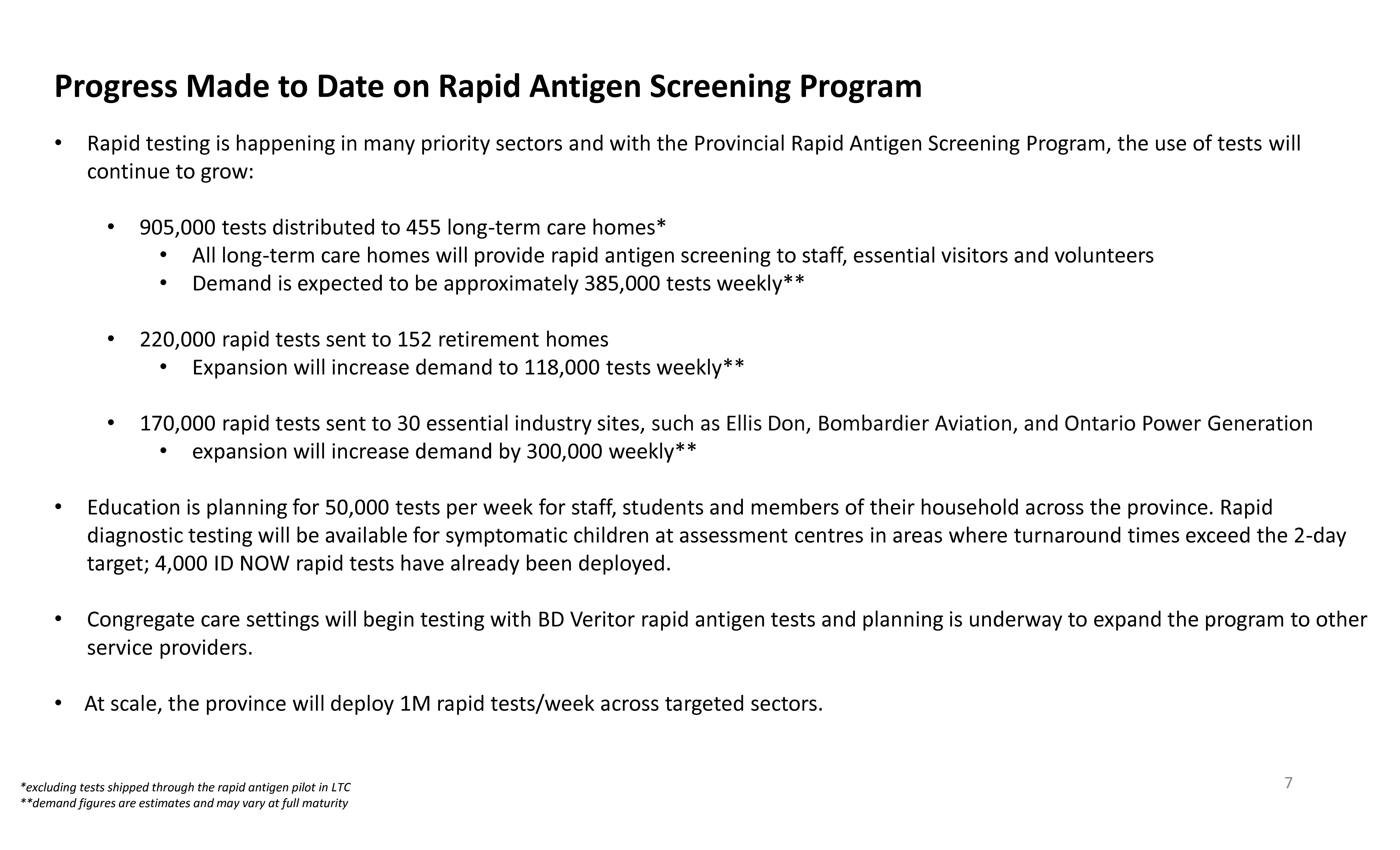 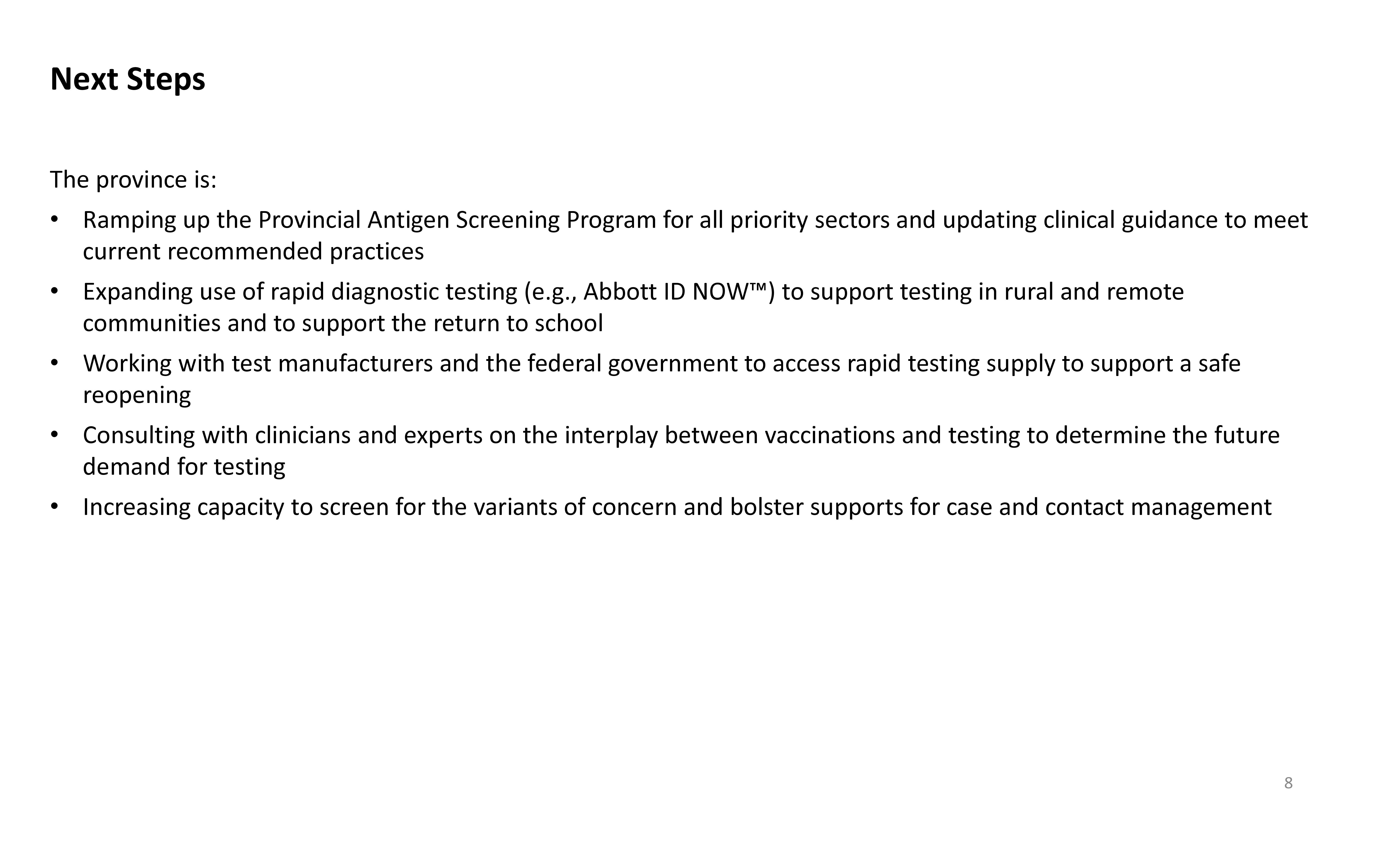