To dig out from the pandemic-related backlog, the province aims to spend $324 million to run hospital operating rooms and diagnostic facilities longer
By John Michael McGrath - Published on Jul 28, 2021

Minister of Health Christine Elliott announced Wednesday that the Ontario government will spend $324 million to increase the number of surgical and diagnostic procedures done at the province’s hospitals, as Ontario begins addressing the backlog created by hospital closures at the beginning of the pandemic and during the third wave.

The funding will go toward expanding the hours of hospital operating rooms (allowing for 67,000 more surgeries) and providing more diagnostic and screening tests (including 75,000 more MRI hours and 60,000 CT-scanner hours).

Provincial officials told reporters during a technical briefing that they expect the procedures that materialize in the surgical pipeline will be unevenly distributed both geographically throughout the province and demographically among different groups. They said that they will be monitoring progress with a "recovery dashboard," which will   include data indicating whether the surgical recovery is reaching marginalized groups — in much the same way that vaccination and outbreak data have helped show where additional policies are needed.

Earlier this year, the Financial Accountability Officer estimated that the financial cost of the provincial procedure backlog was $1.3 billion, of which $700 million was unfunded — or more than twice as much as Wednesday's funding announcement. Government officials are optimistic that the announced sum will help tackle a larger share of the procedure backlog, arguing that many procedures that didn’t occur in the pandemic were discretionary and might have been addressed through alternative non-surgical means. 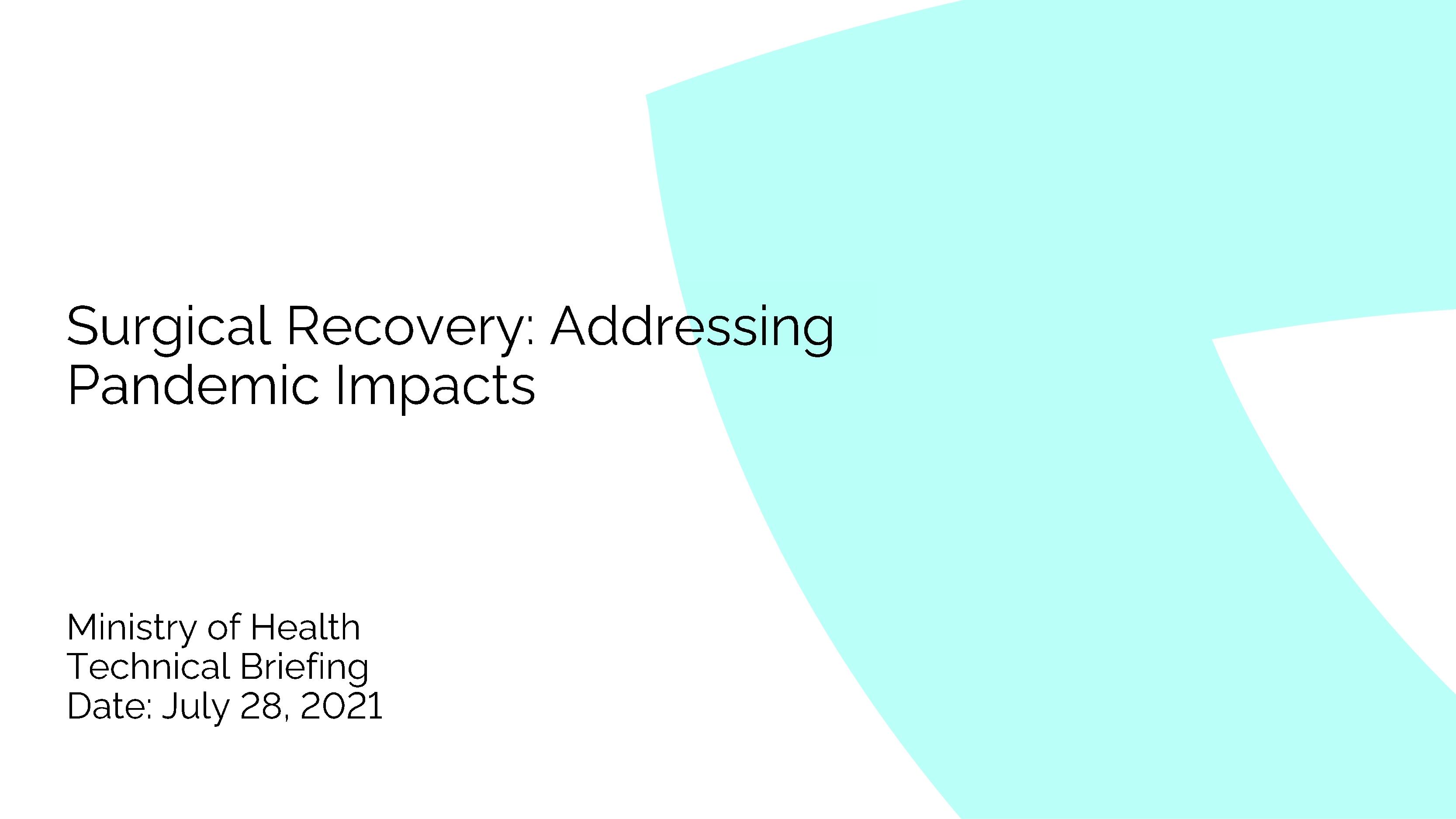 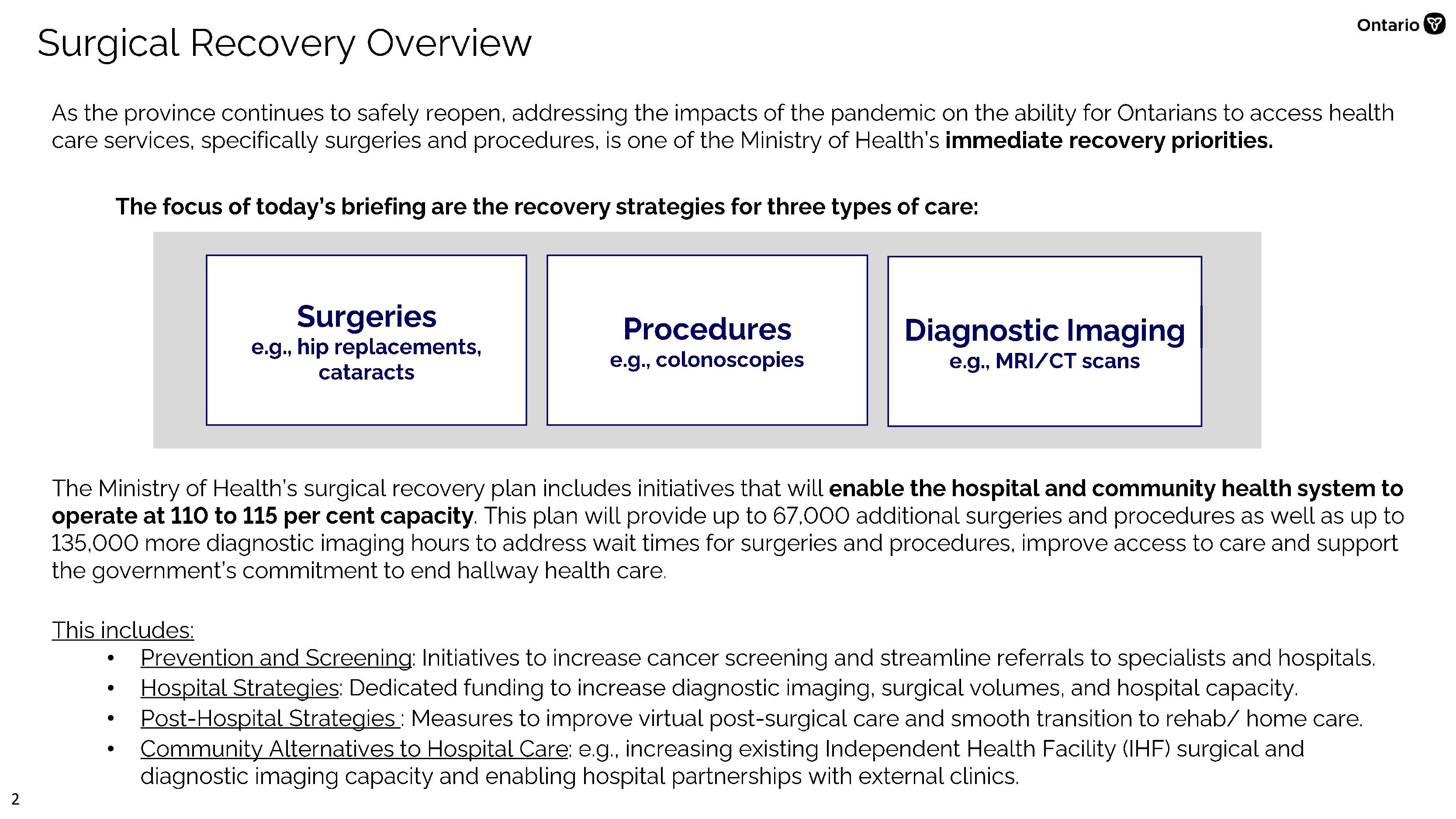 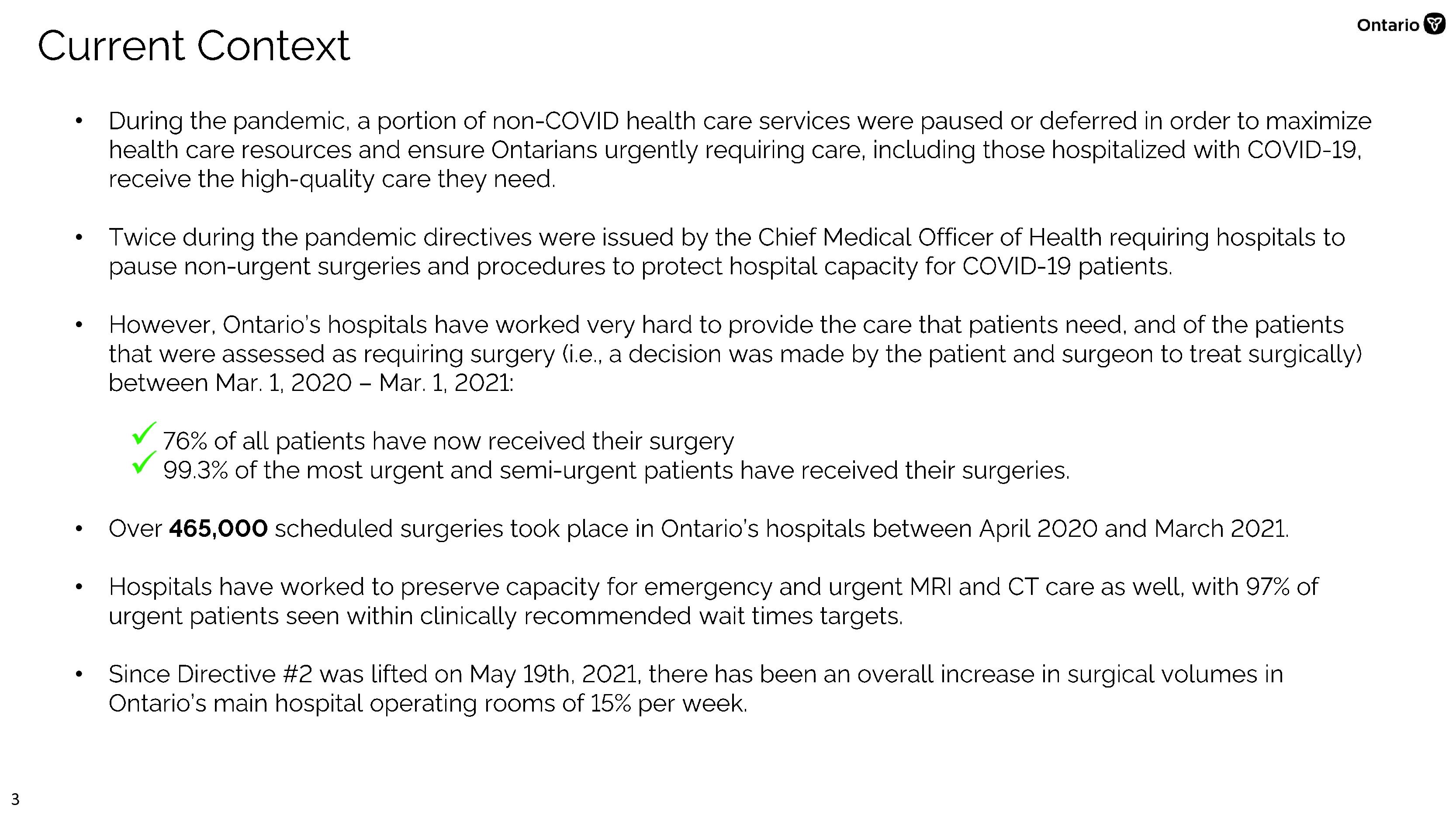 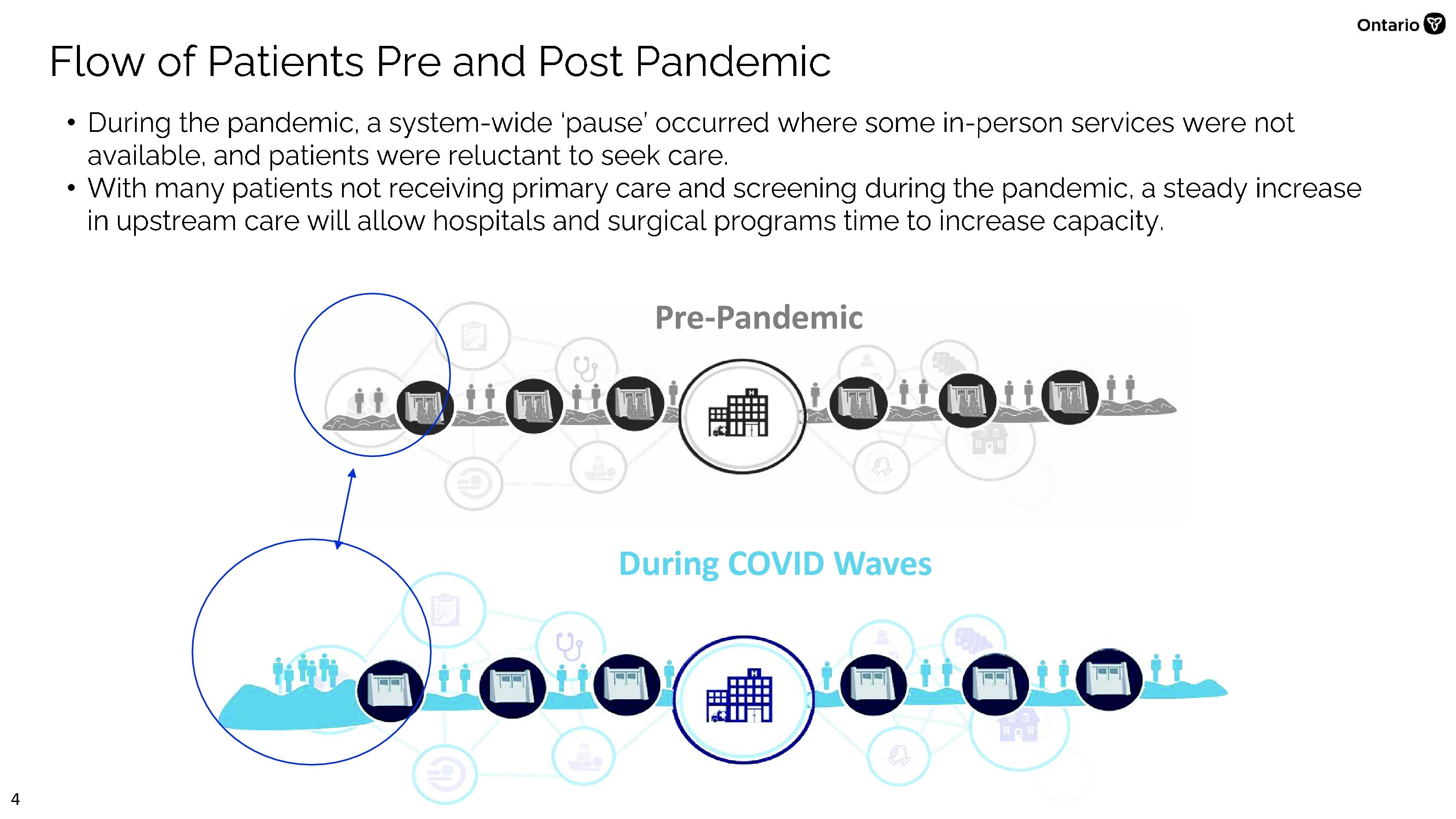 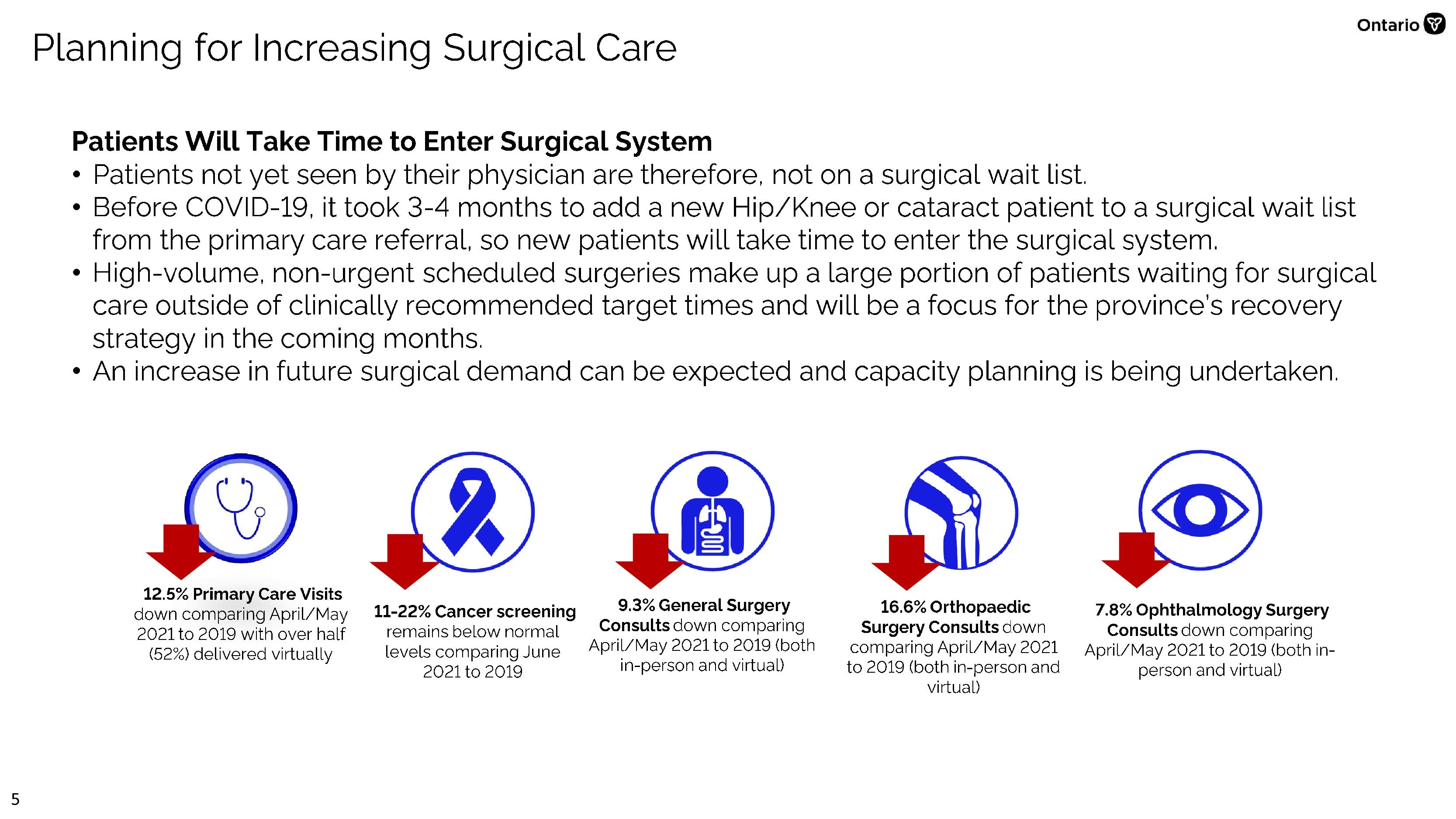 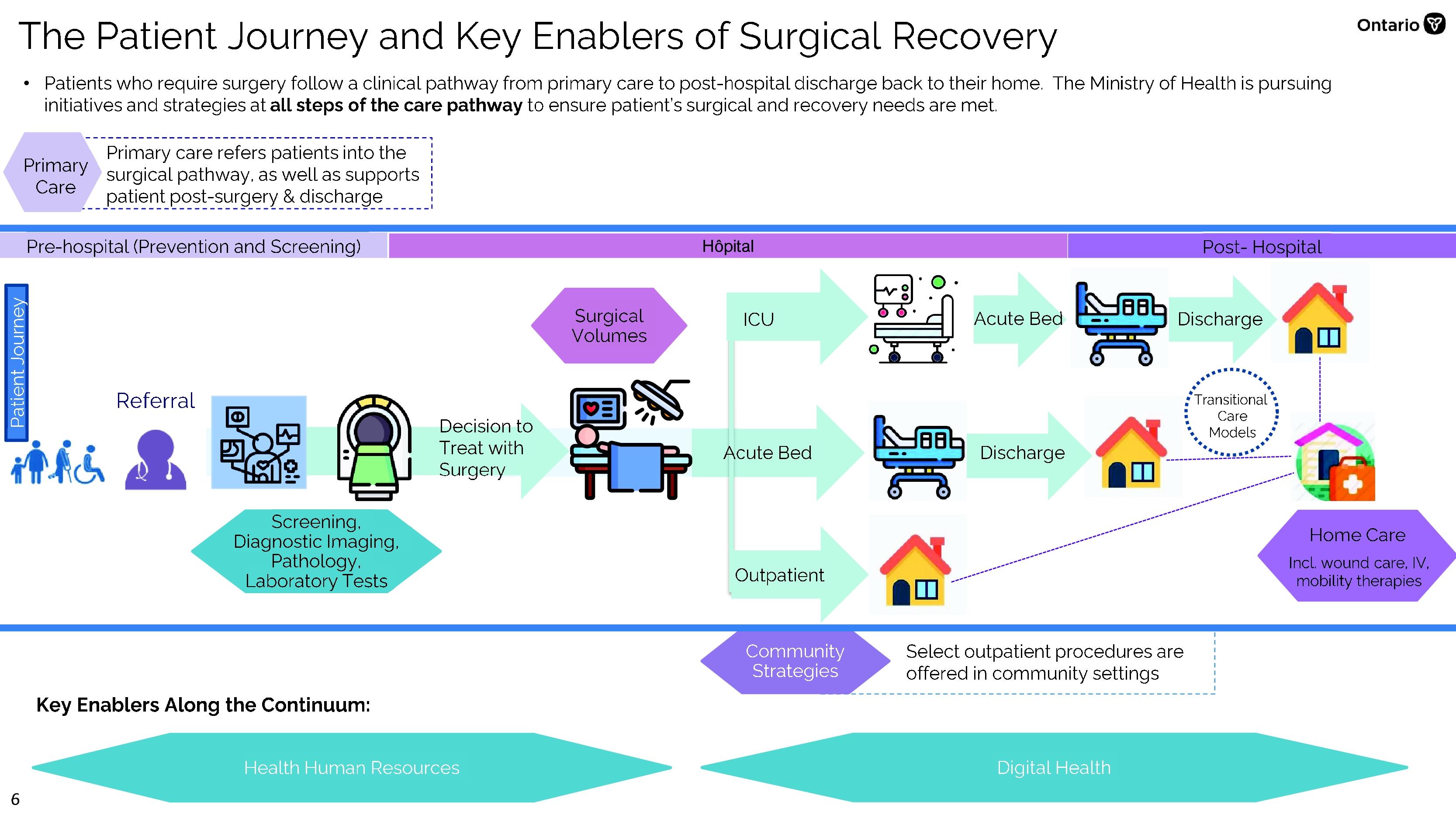 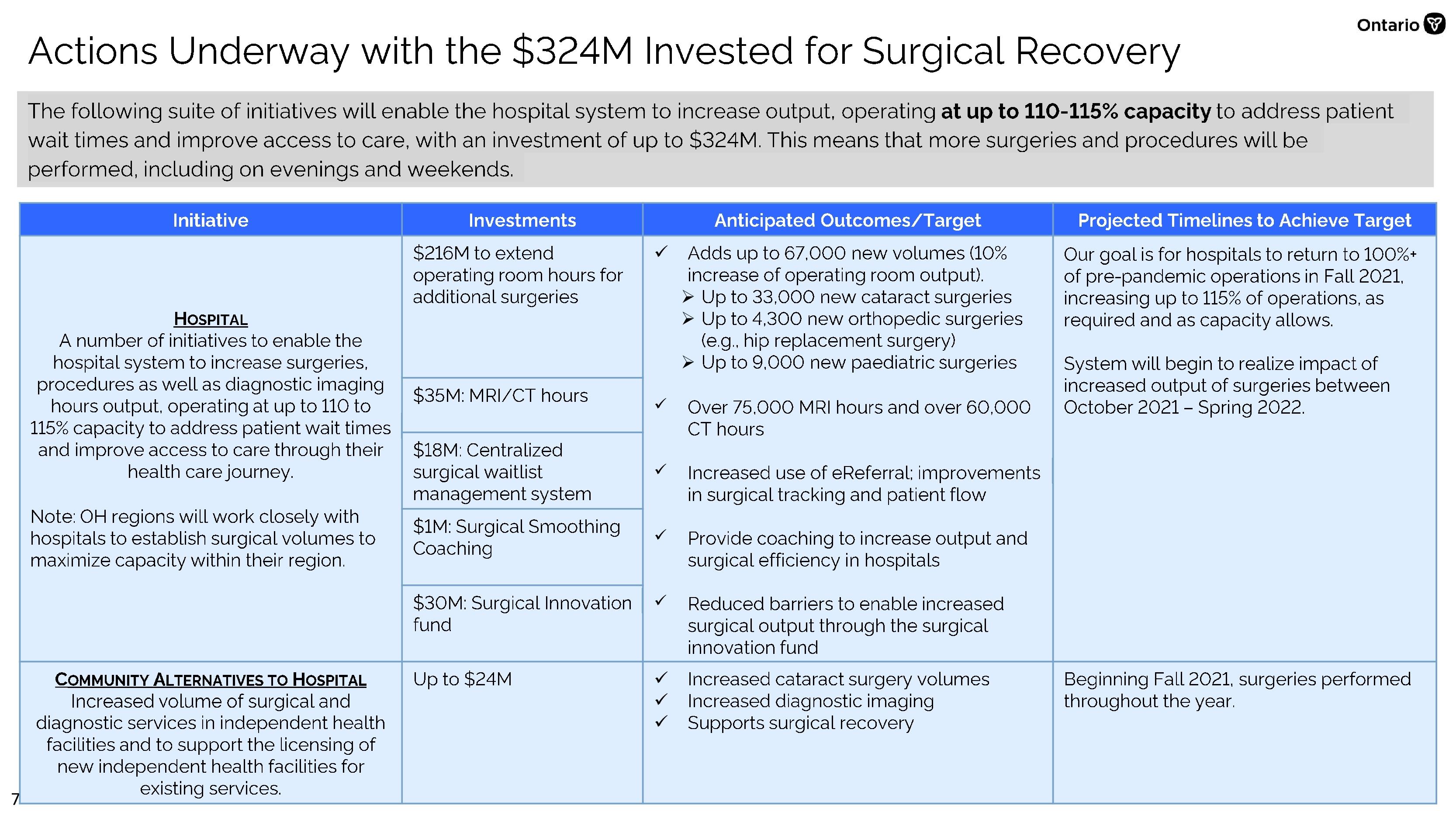 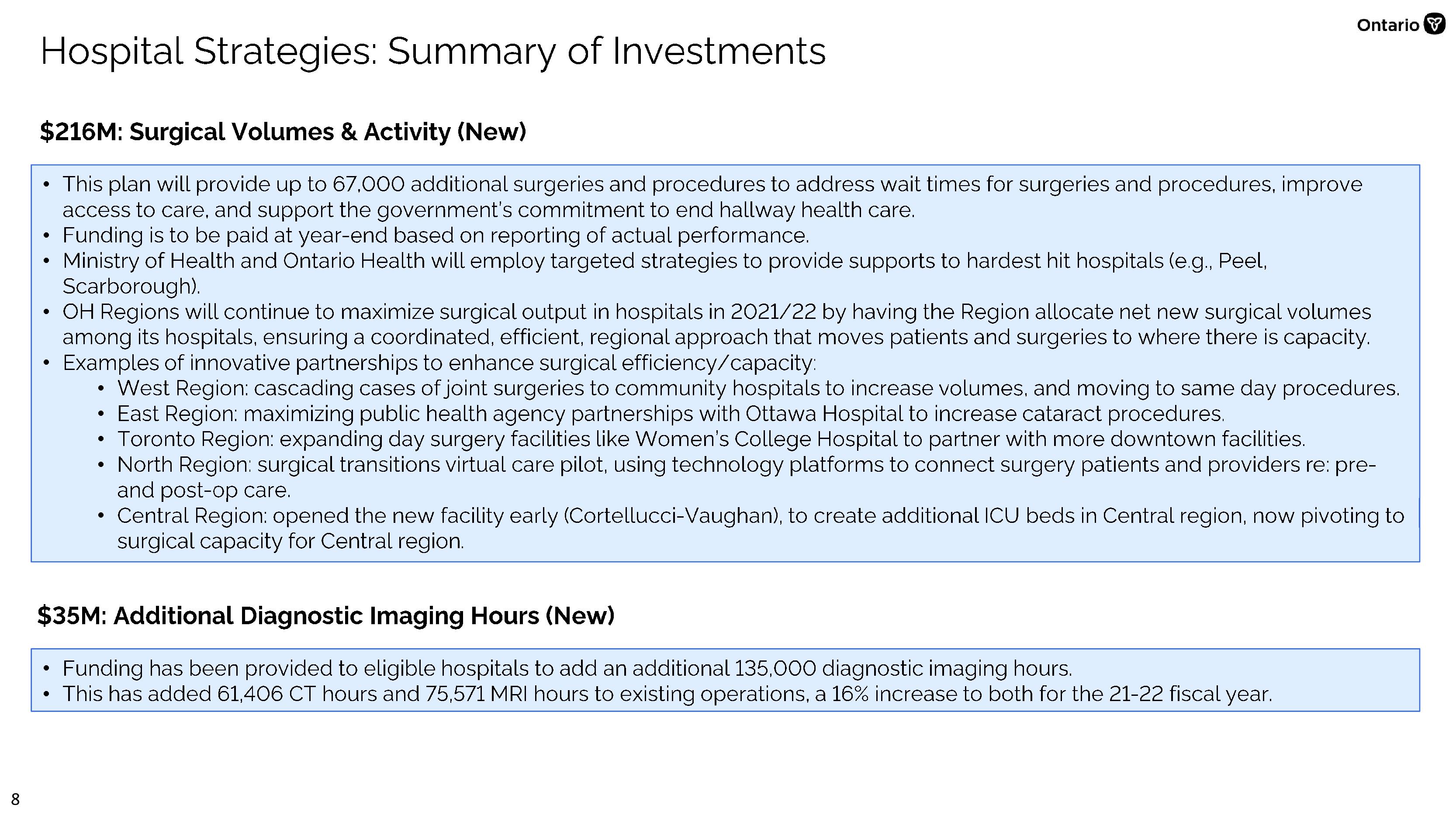 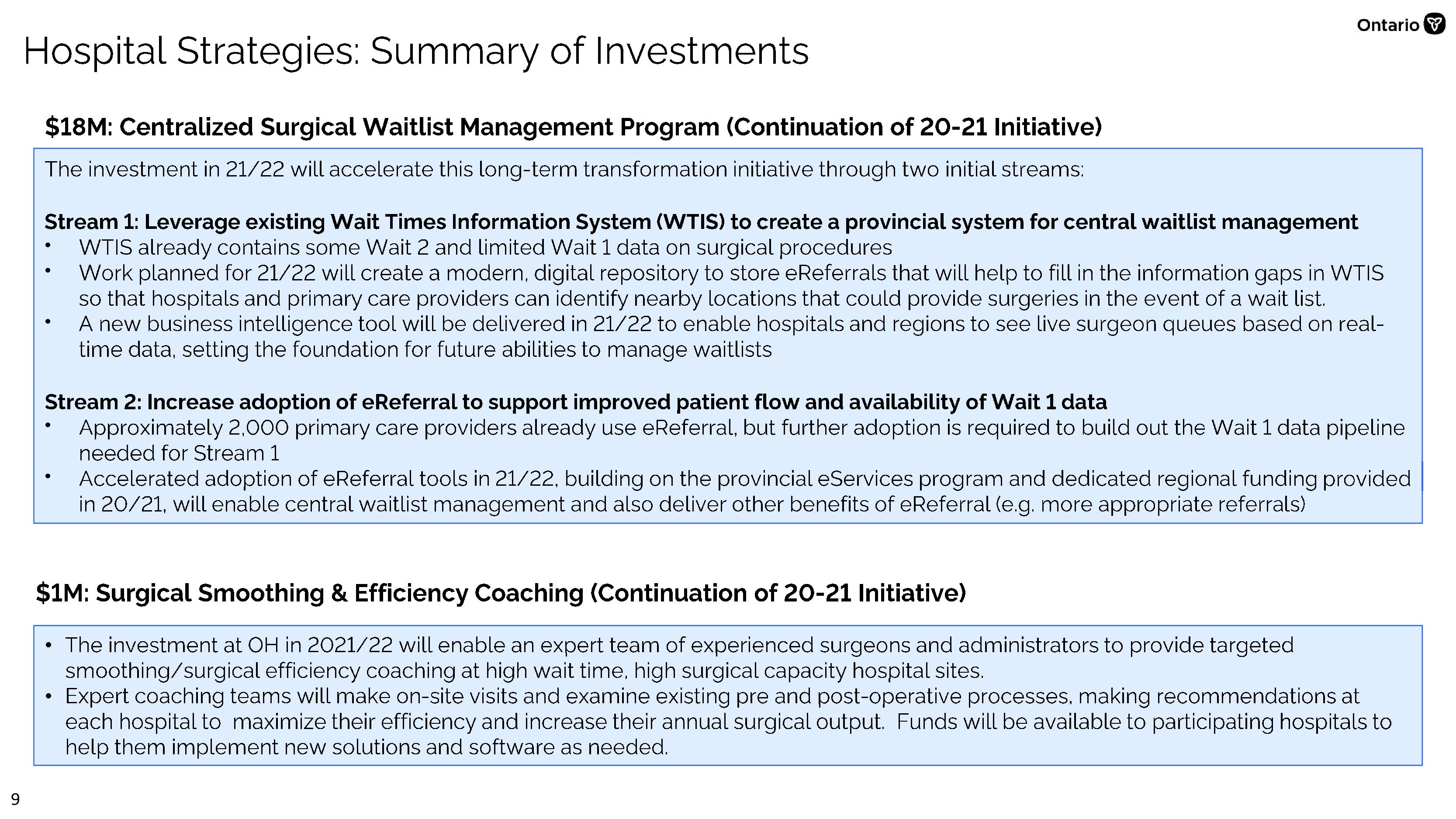 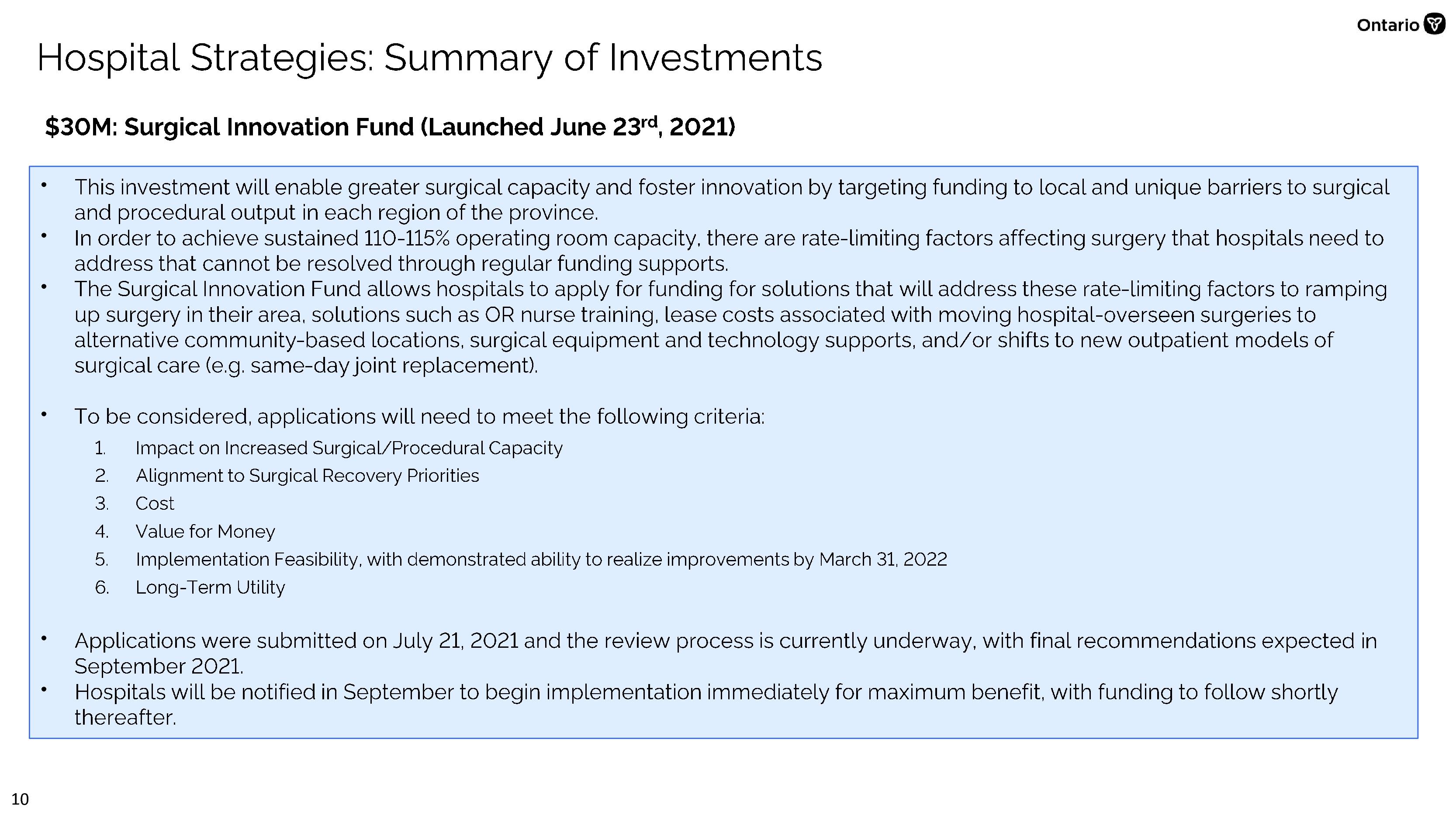 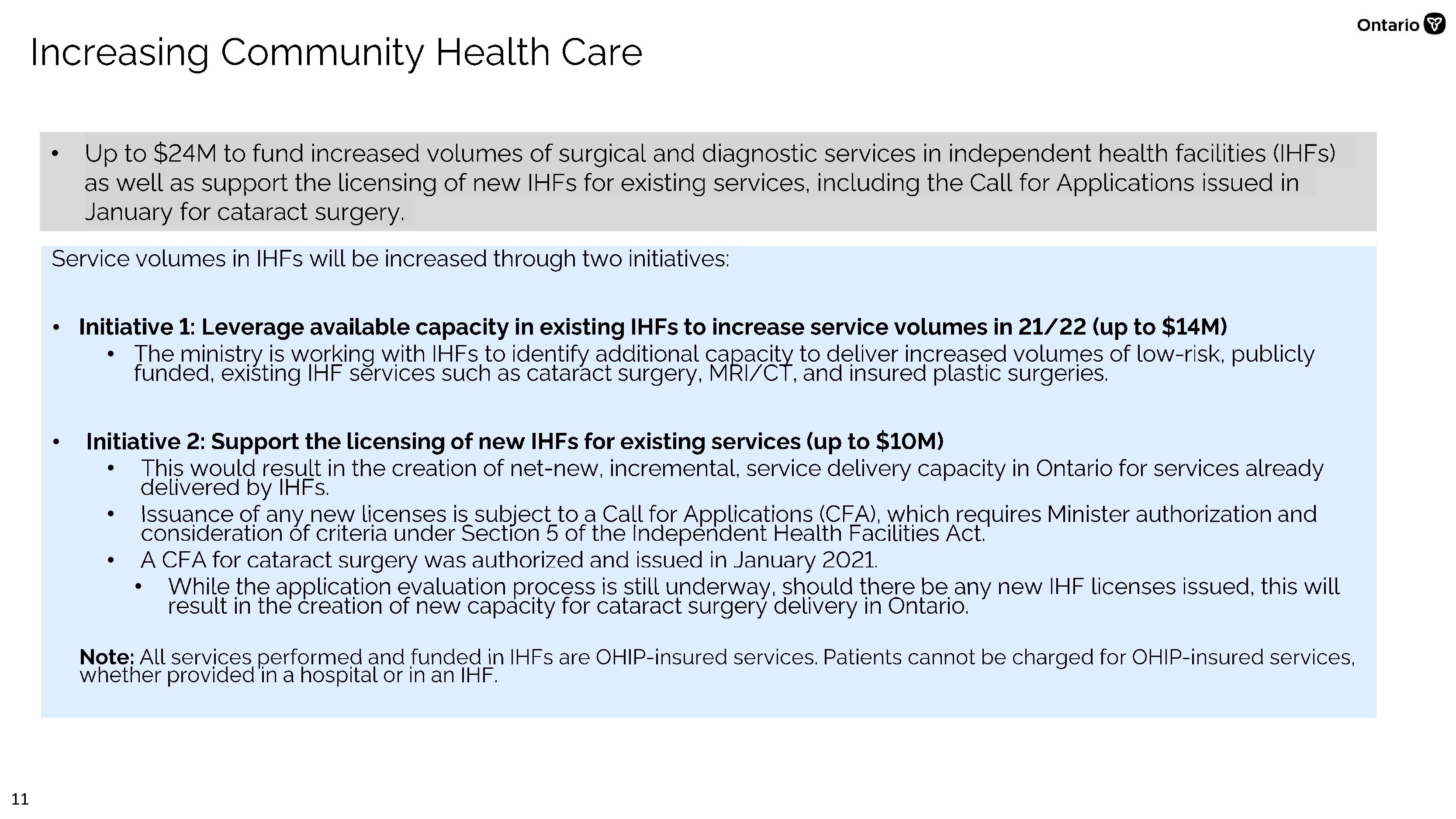 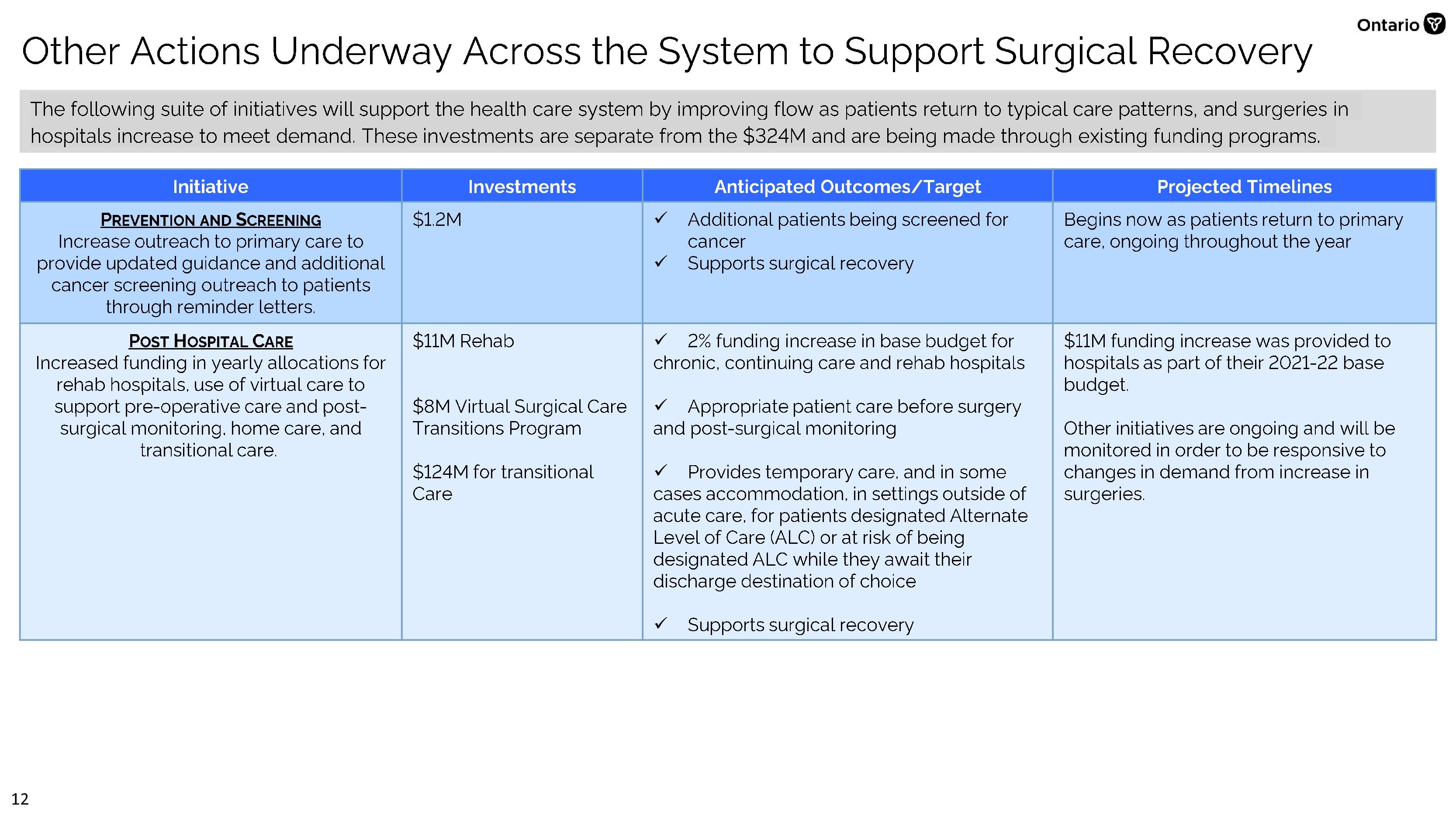 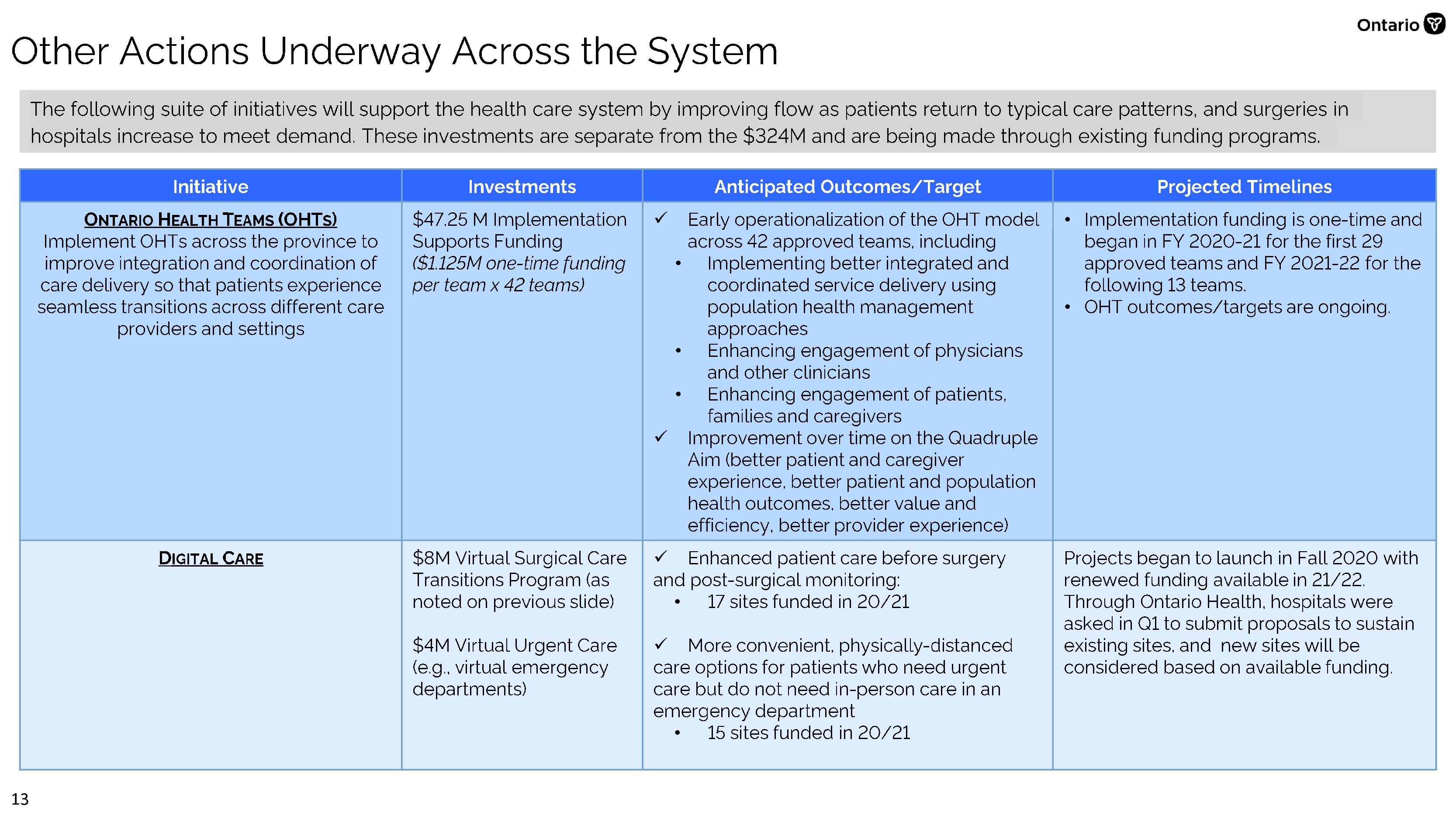 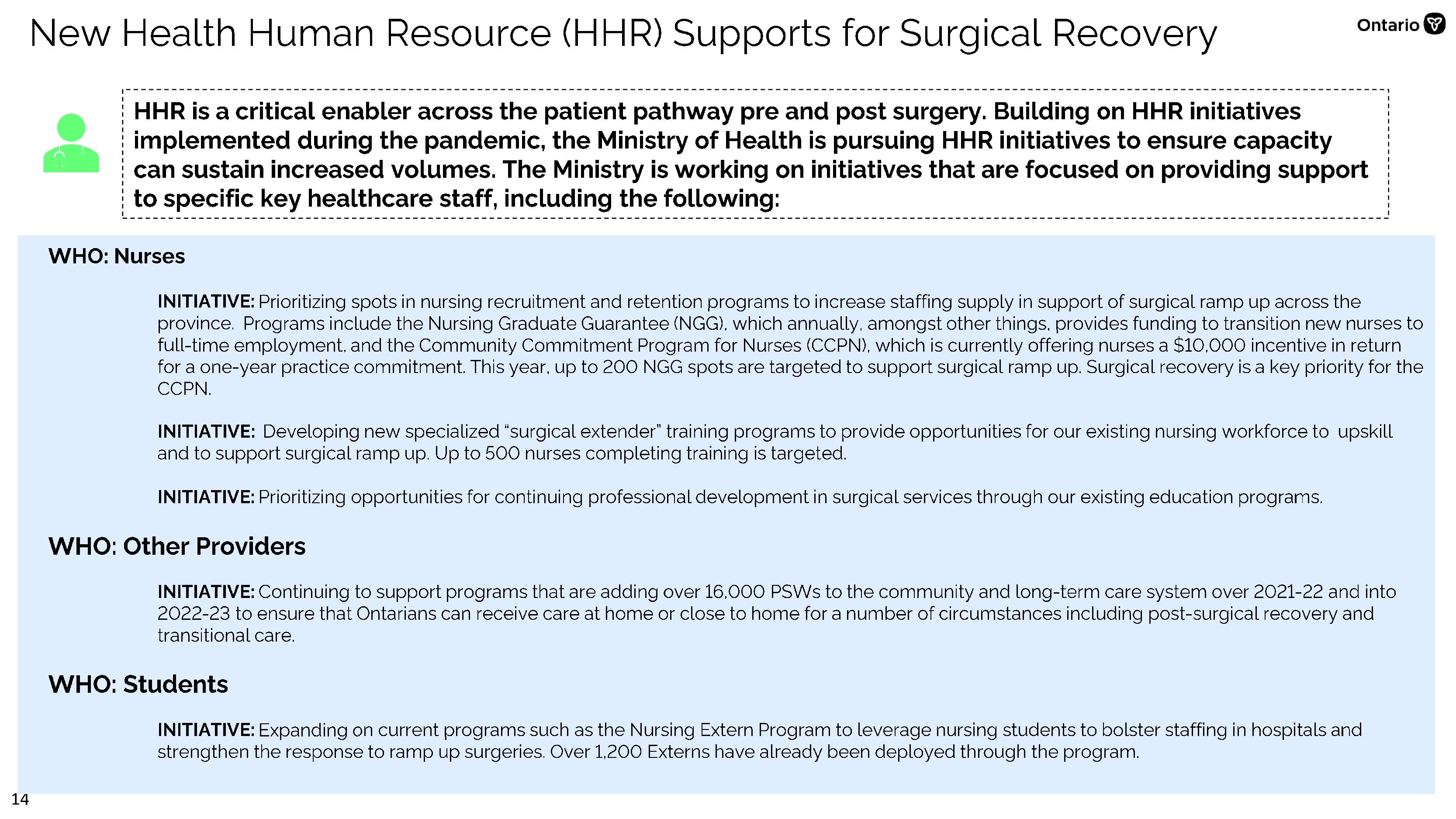 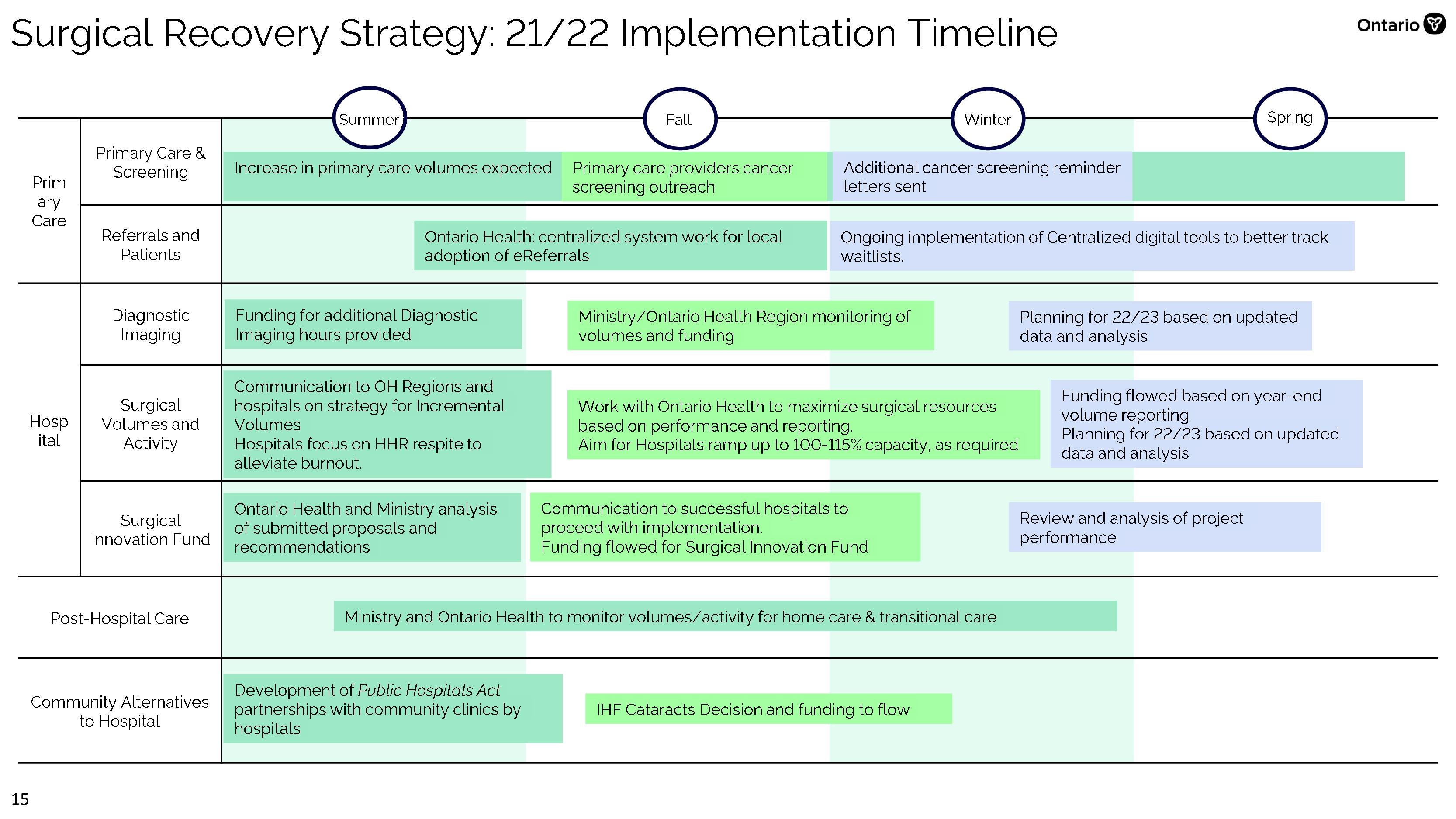 Coronavirus
COVID-19: What you need to know for September 23

Coronavirus
COVID-19: What you need to know for September 22
TVO.org staff

Coronavirus
Is Ontario having a pandemic baby boom?
Diane Peters

Coronavirus
COVID-19: What you need to know for September 21
TVO.org staff
sfy39587stp16