The province modified its Phase 2 vaccination plan Wednesday but has not yet released fully updated materials.

In a conference call with media on Tuesday morning, Ontario officials laid out the next stage — Phase 2 — of the province’s vaccination drive to fight COVID-19. They say the next priorities are to target people as young as 60 in public-health regions that haven’t already started vaccinating in those age groups while also targeting regions that have been particularly hard hit by the virus, including postal codes in the GTA, Barrie, Niagara, Windsor, and Waterloo. At least 2.4 million Ontarians live in the highest-risk postal codes identified by the province.

Officials also clarified that, while the province will mostly continue spacing out vaccine doses by as much as four months, people with specific medical conditions that make them more vulnerable to COVID-19 may see their second doses accelerated. Following federal guidance, Ontario and other provinces increased the interval between first and second doses from three or four weeks to as much as 16 weeks.

Essential workers who cannot work from home have been moved up only slightly in the timeline relative to the last presentation from the vaccine task force, although officials said that the increased focus on “hot spot” communities is expected to vaccinate many people who currently work in essential industries. 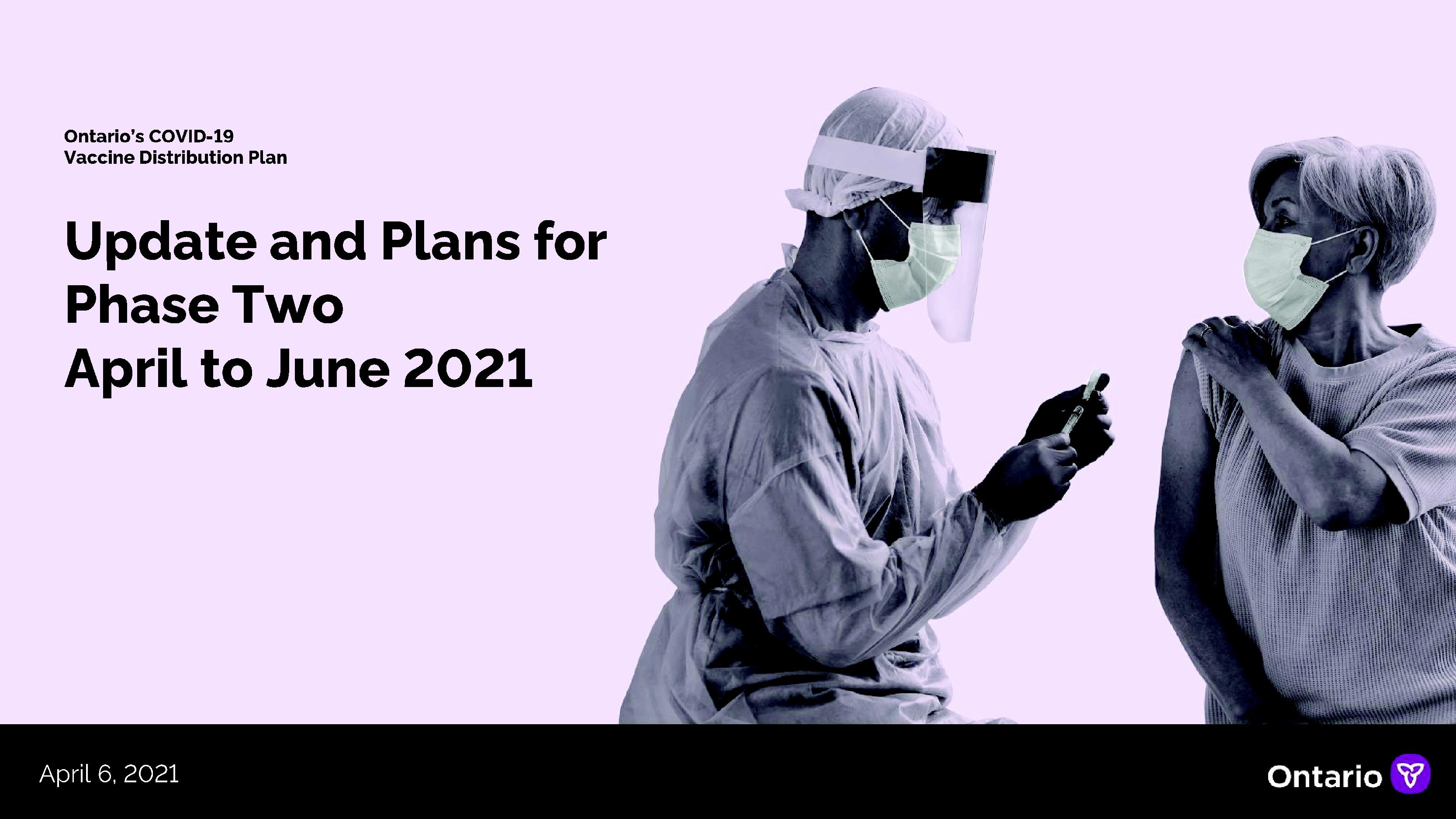 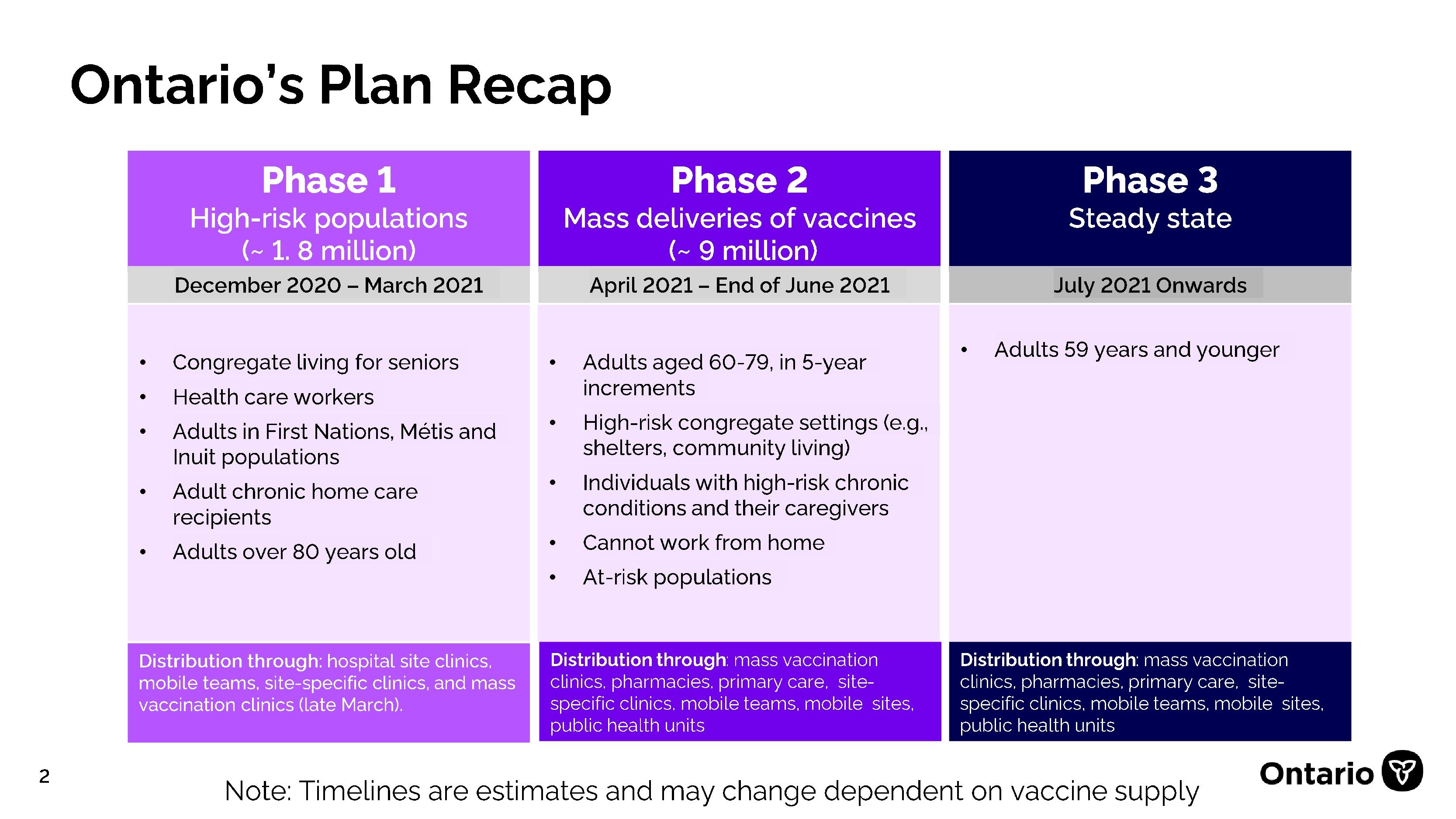 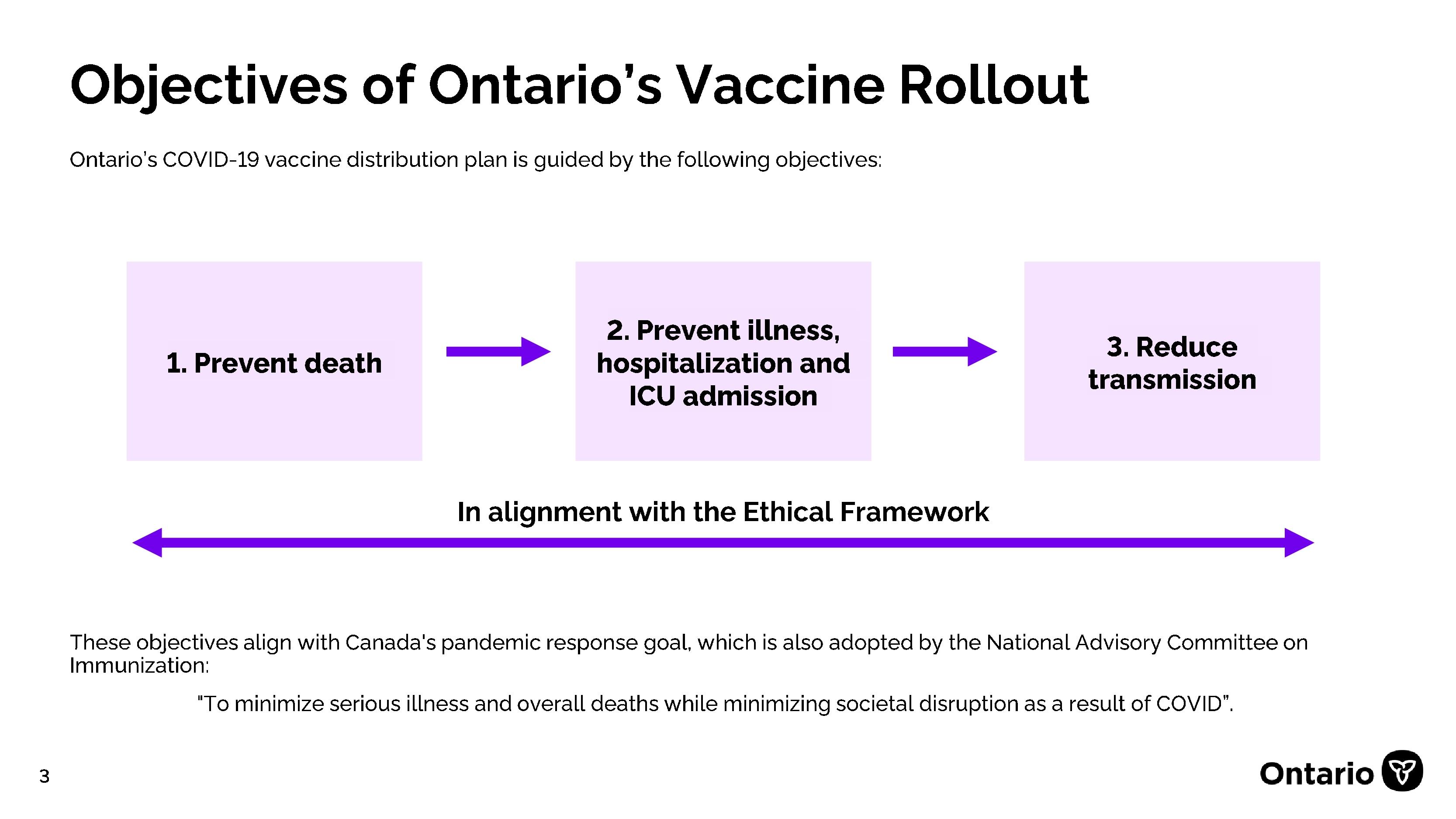 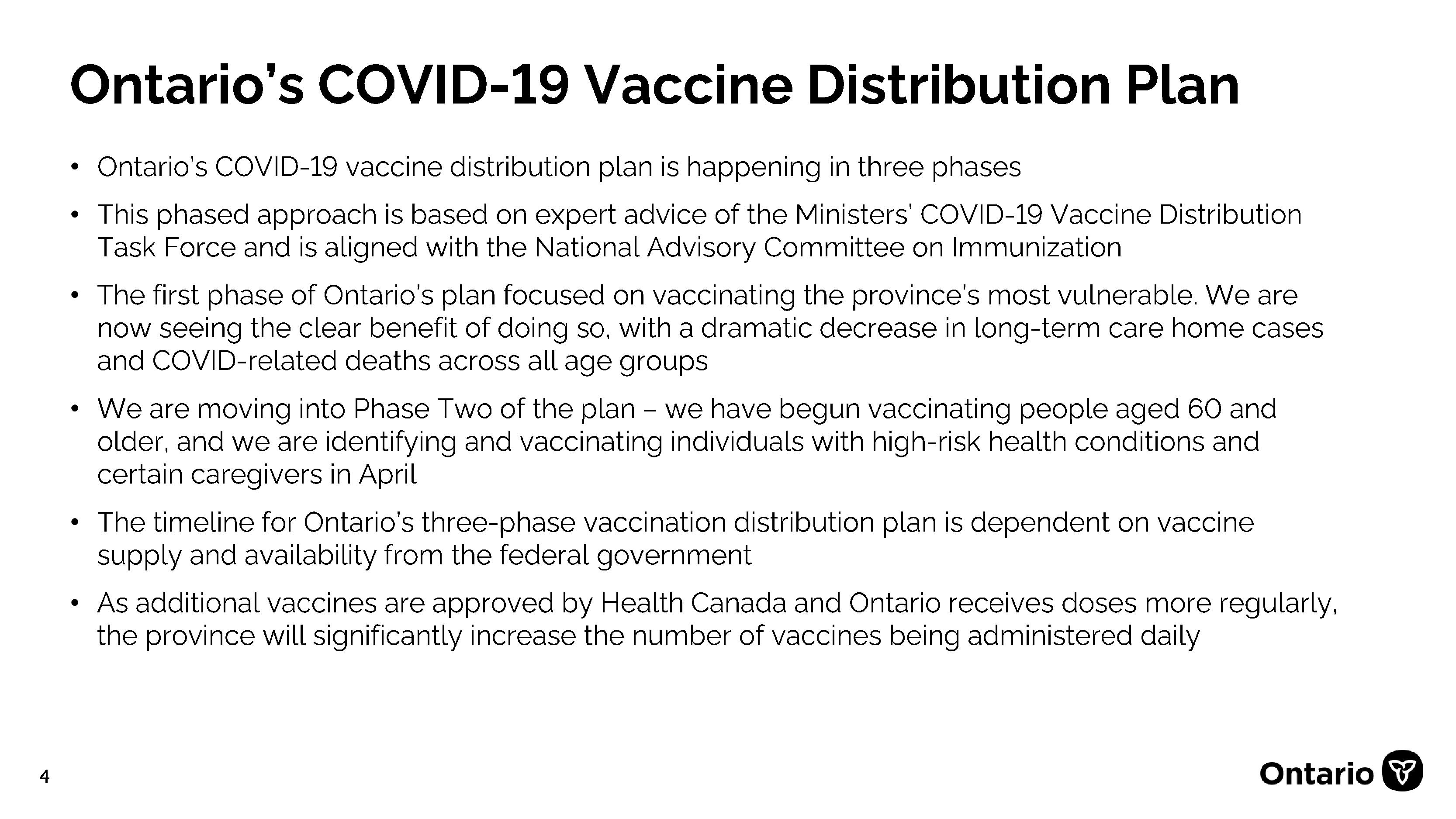 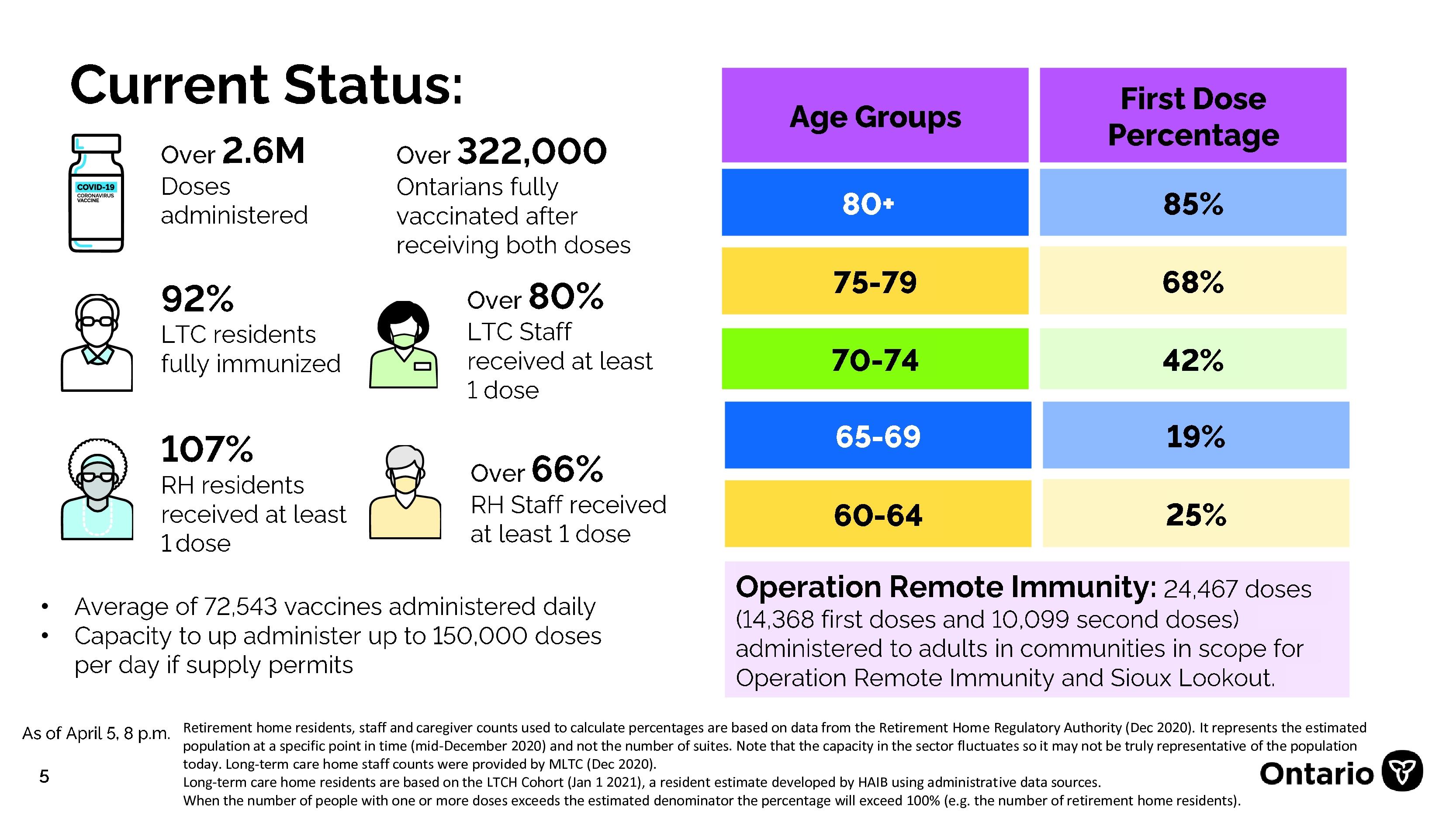 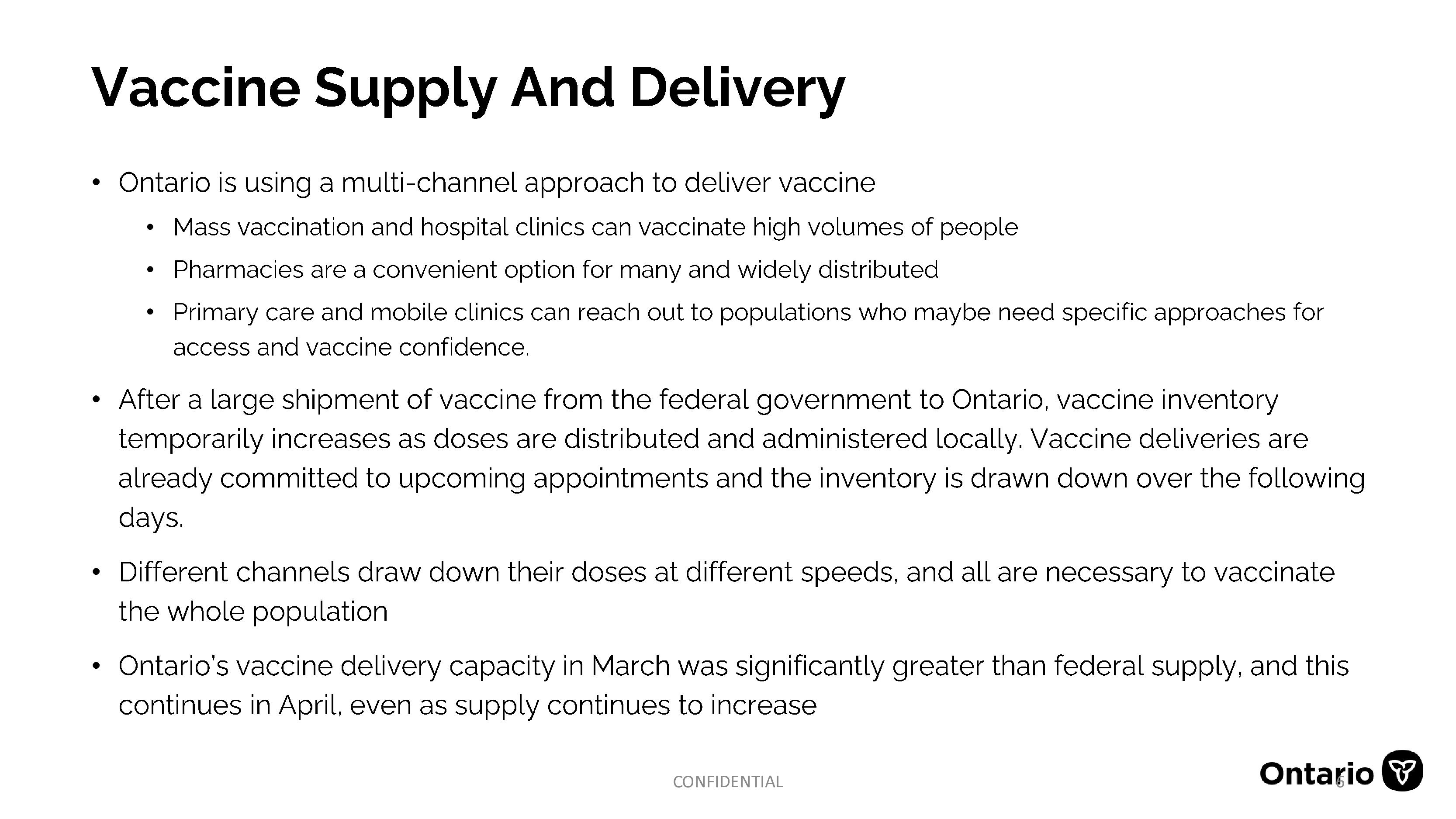 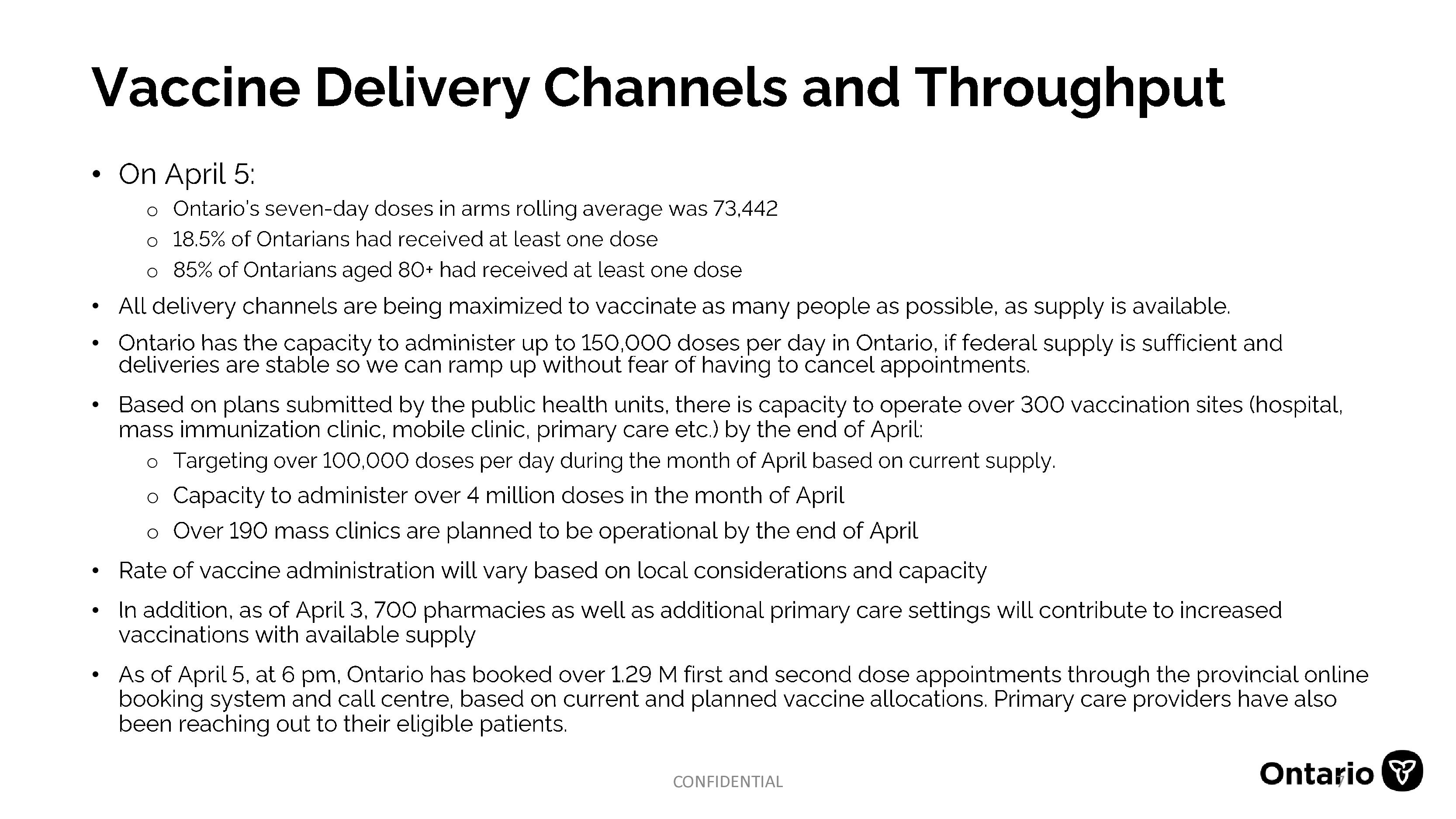 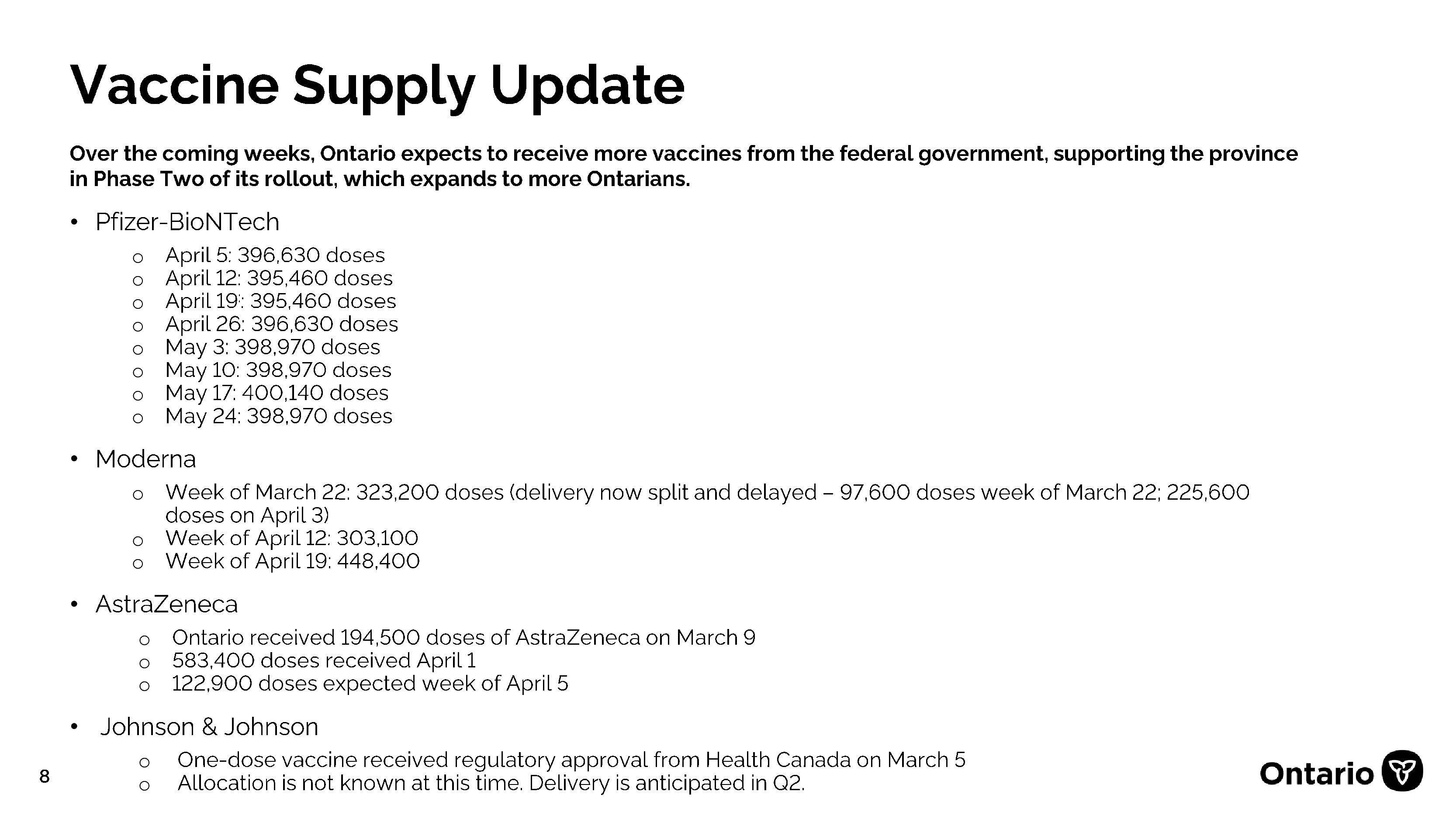 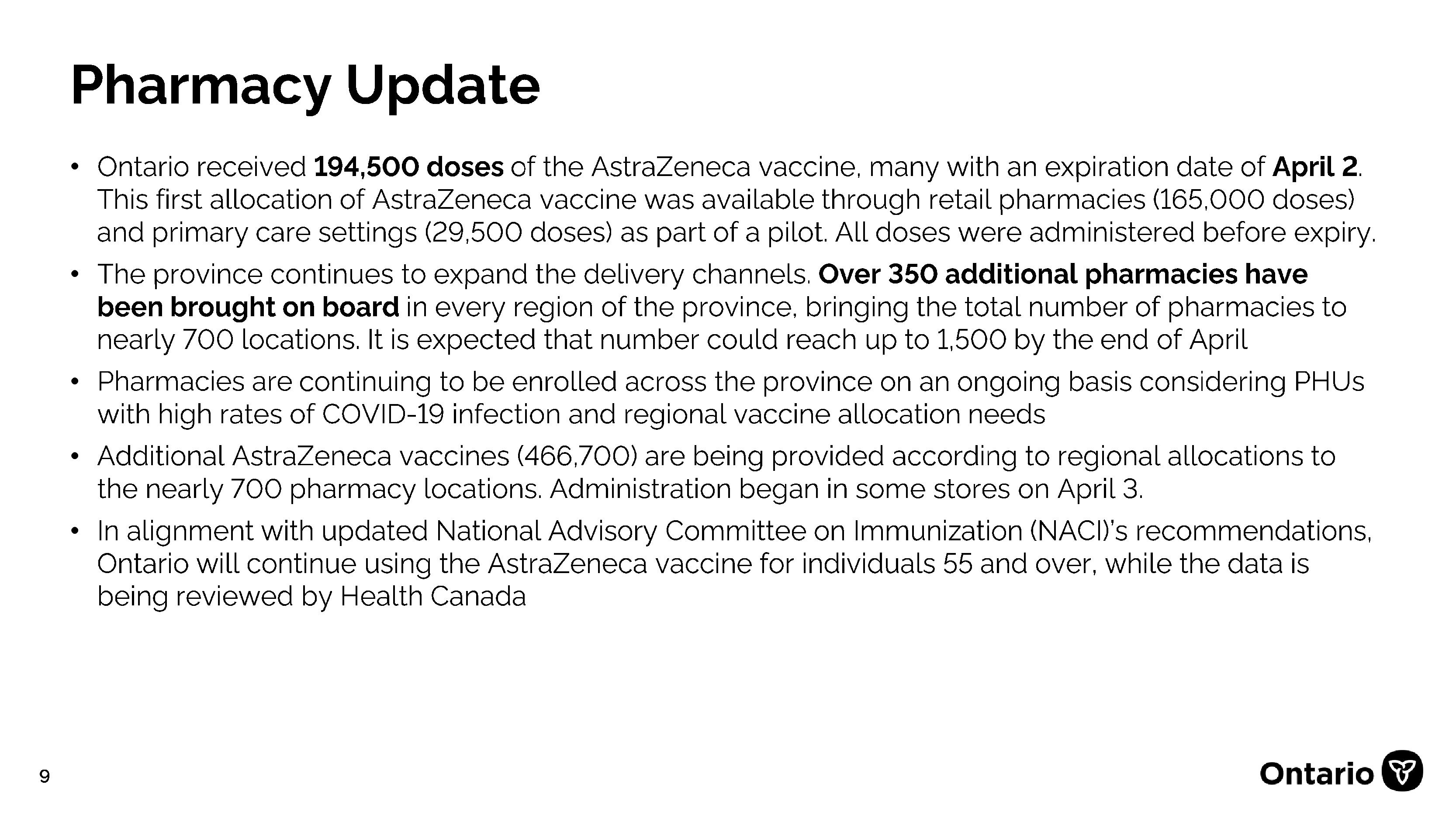 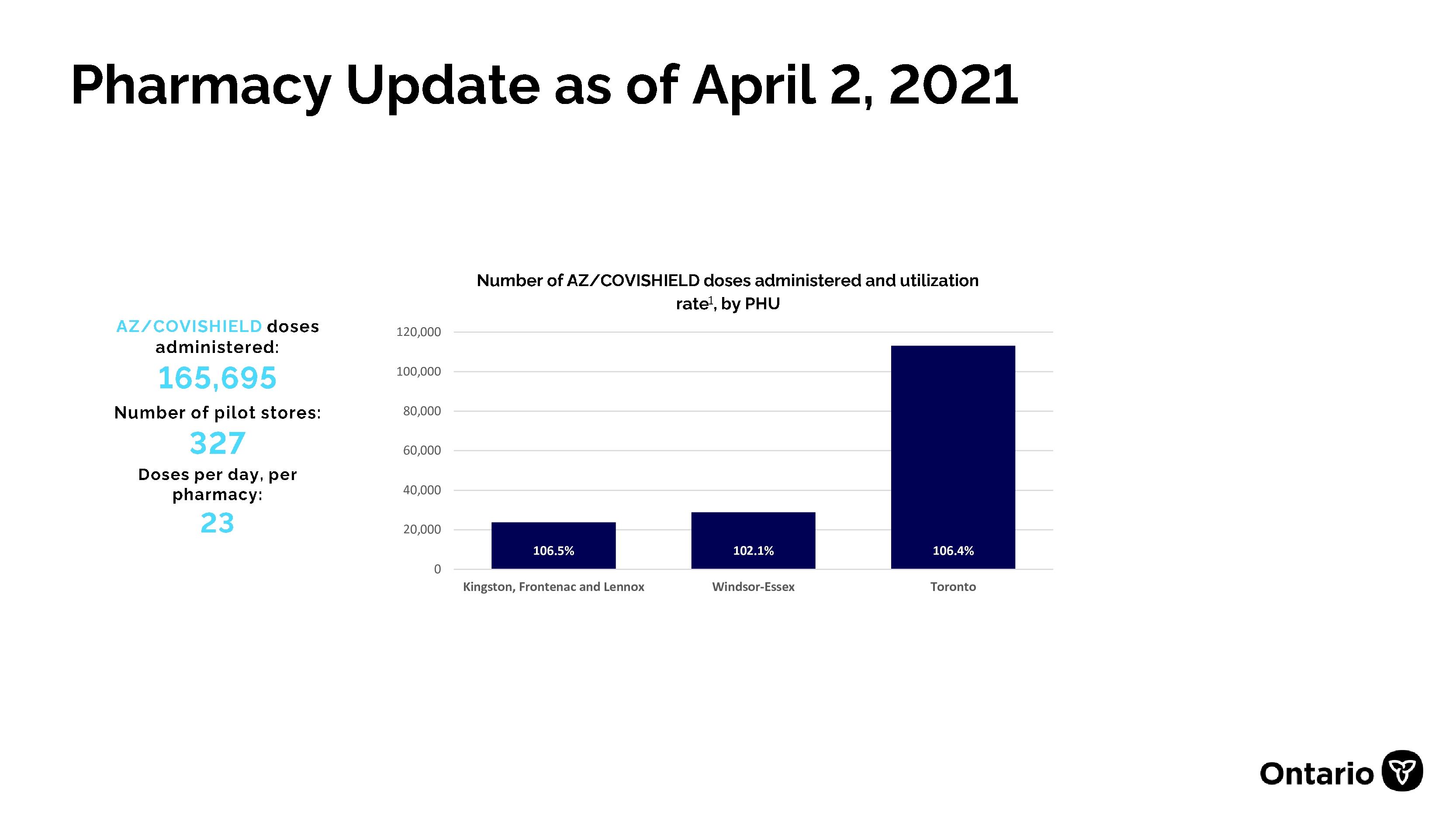 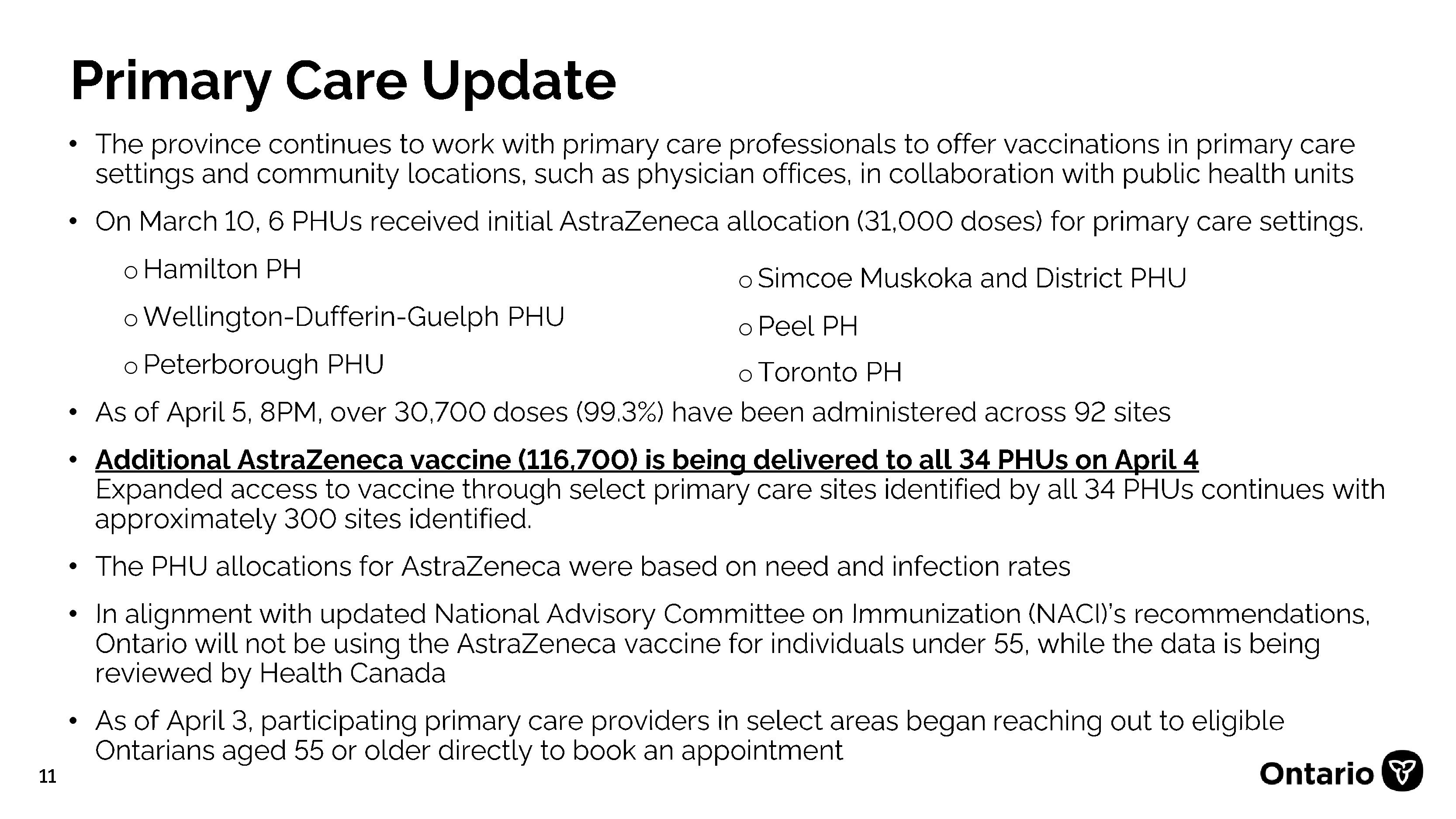 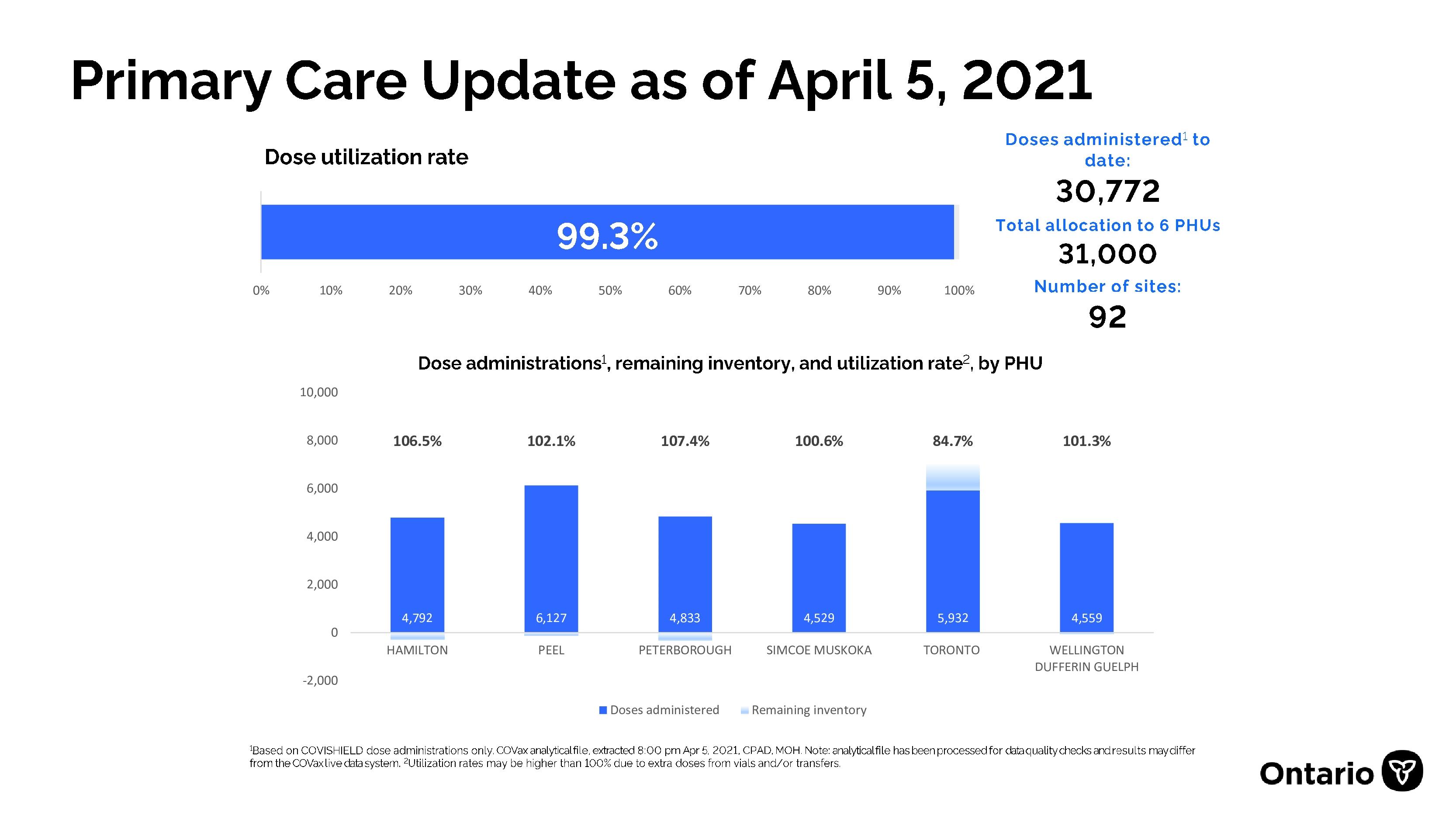 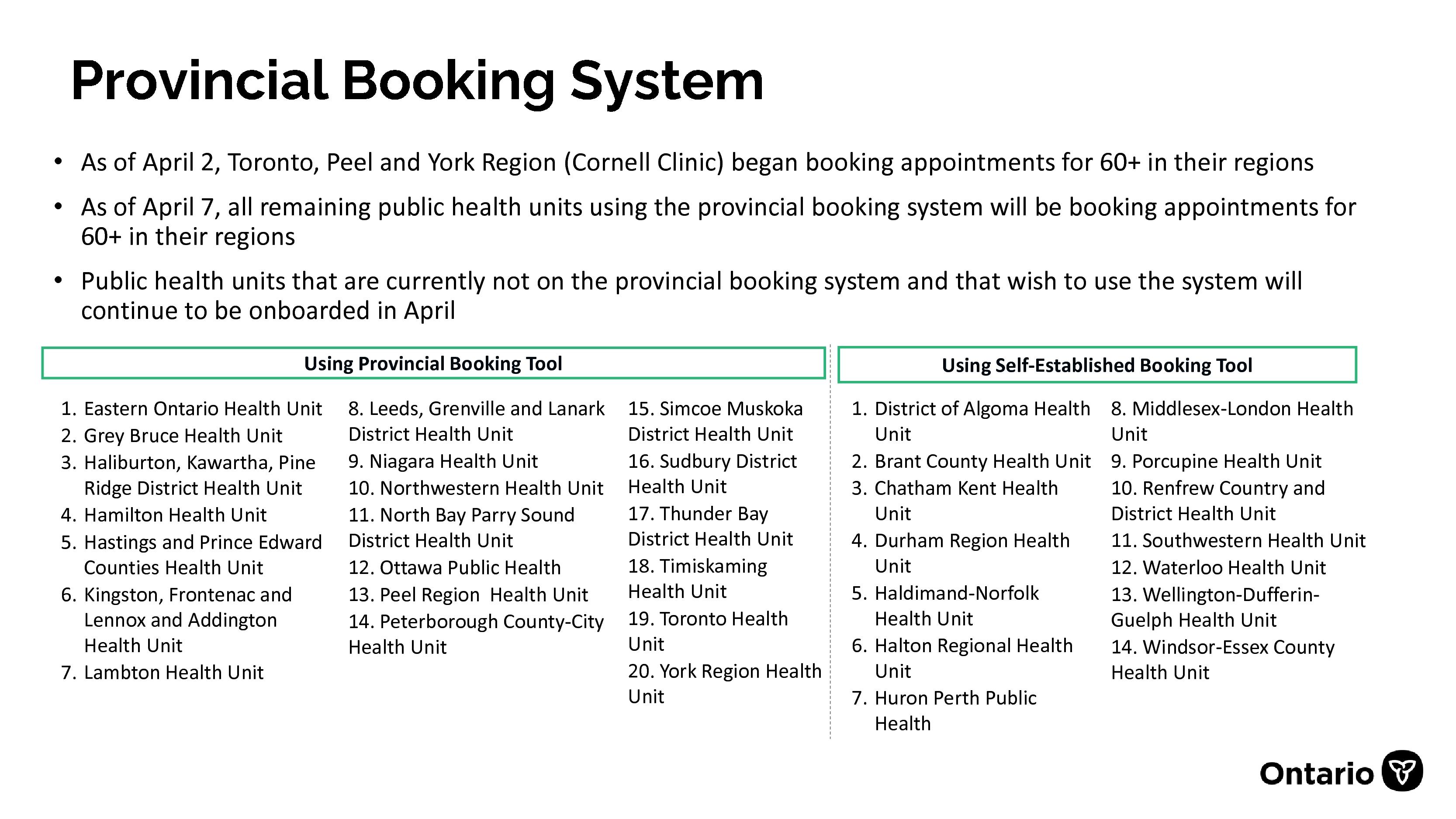 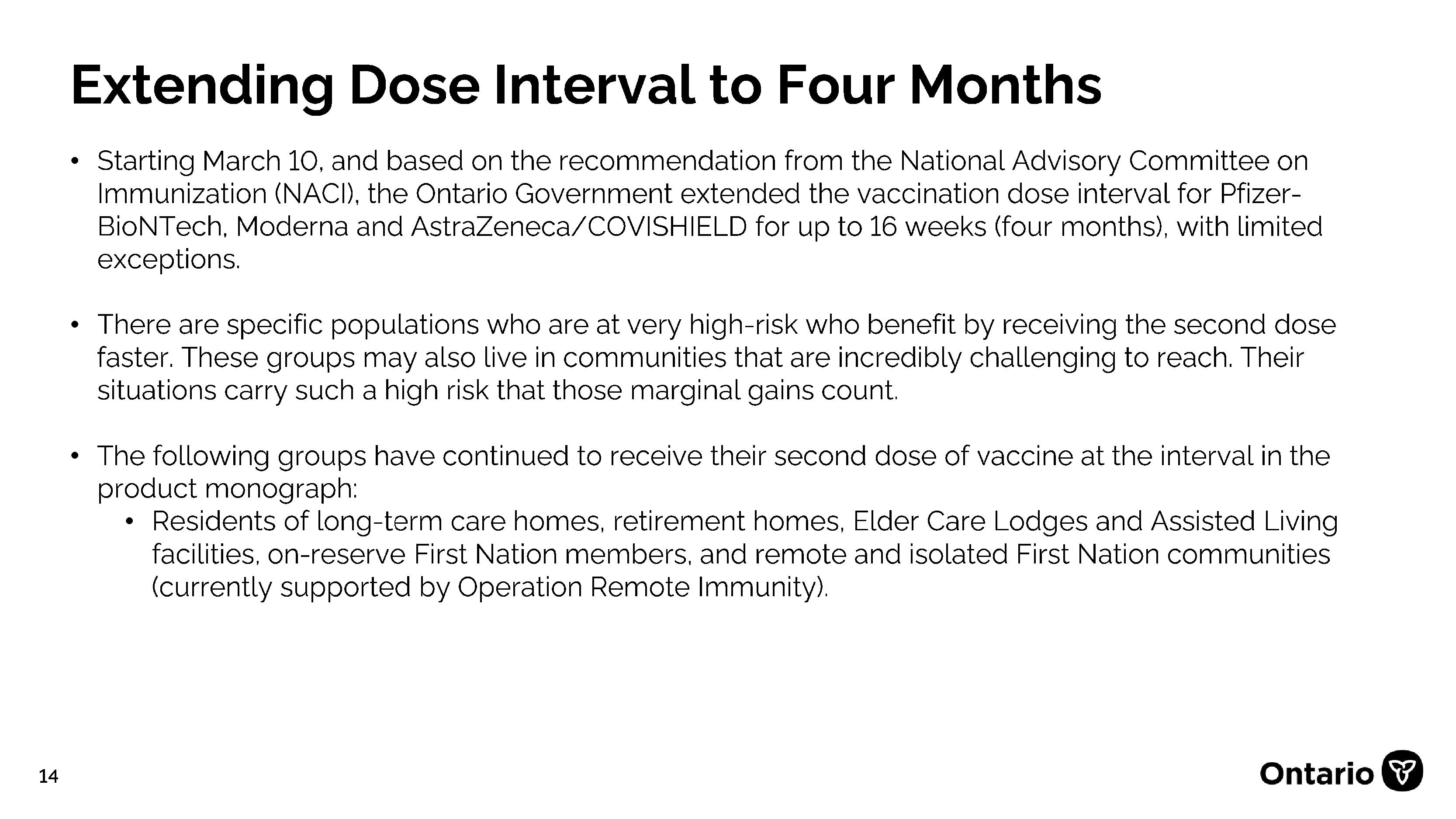 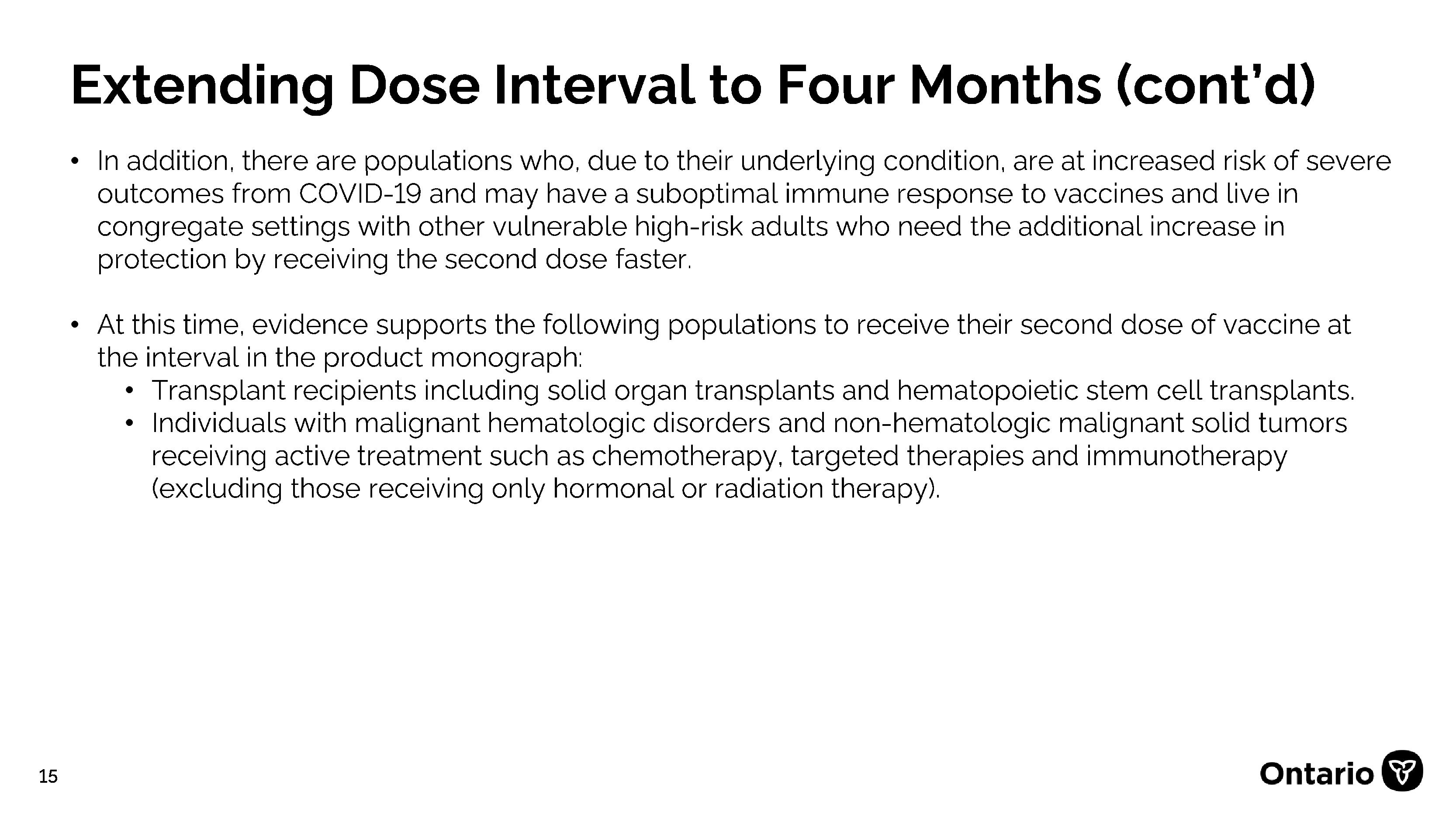 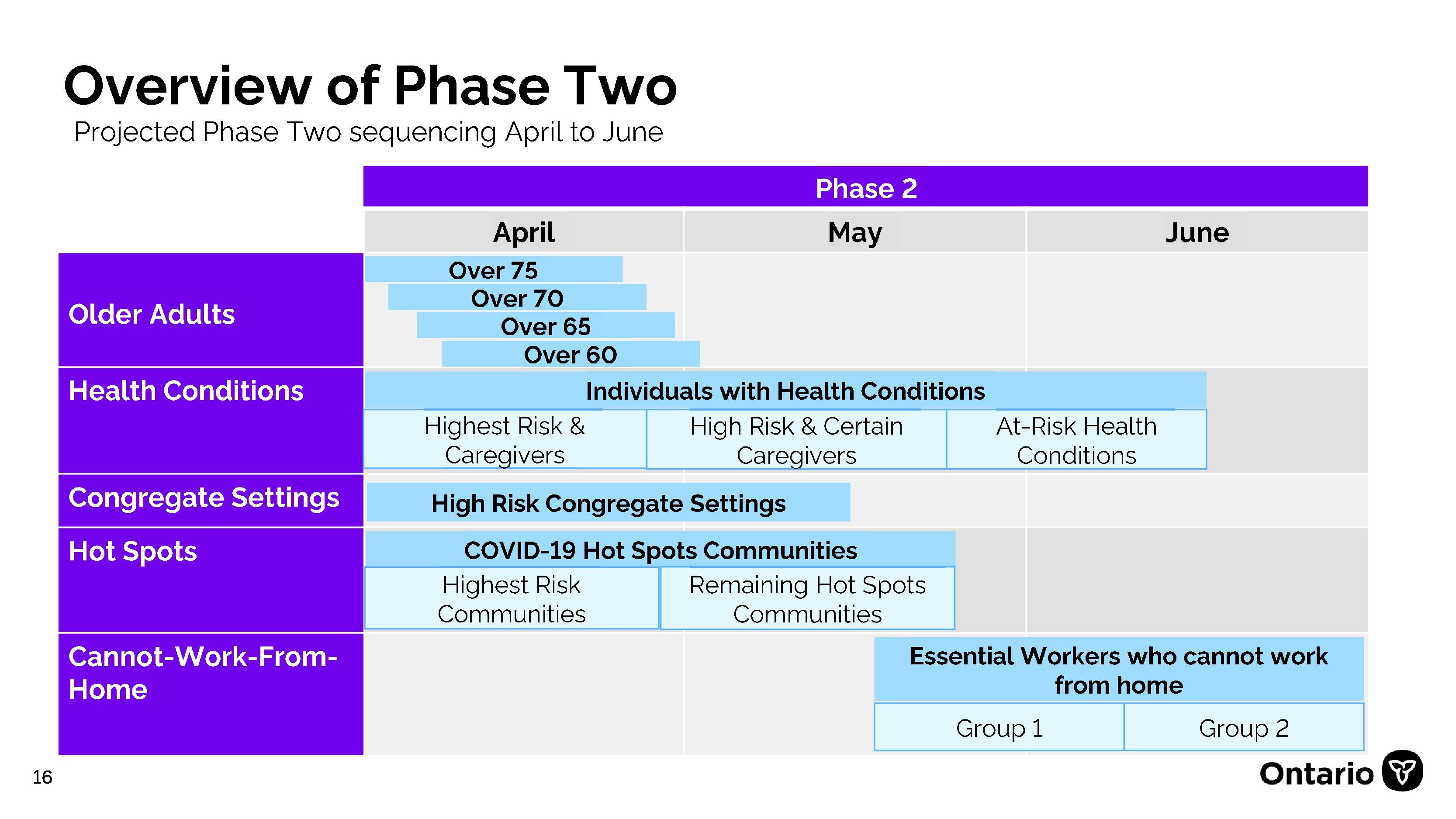 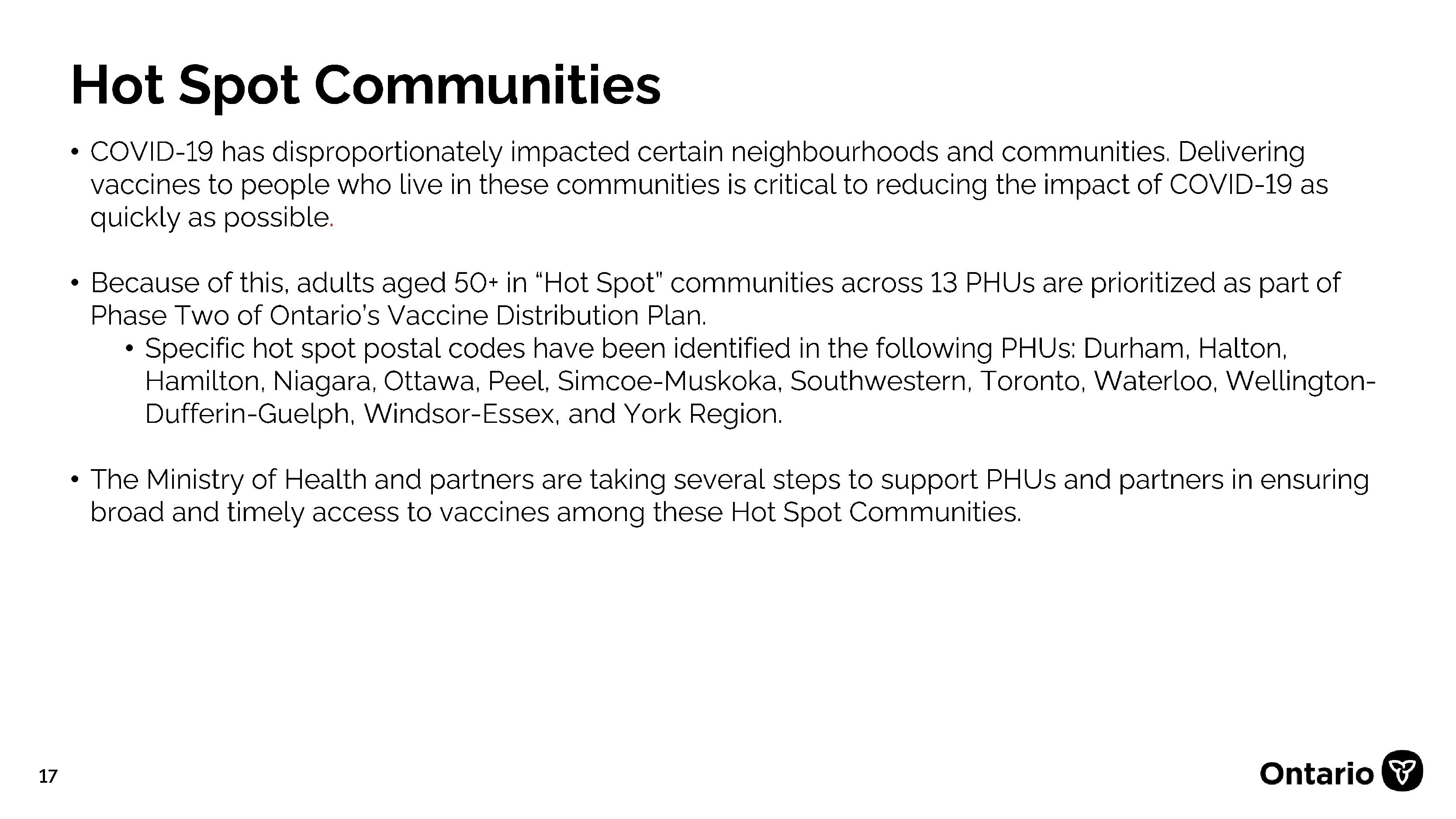 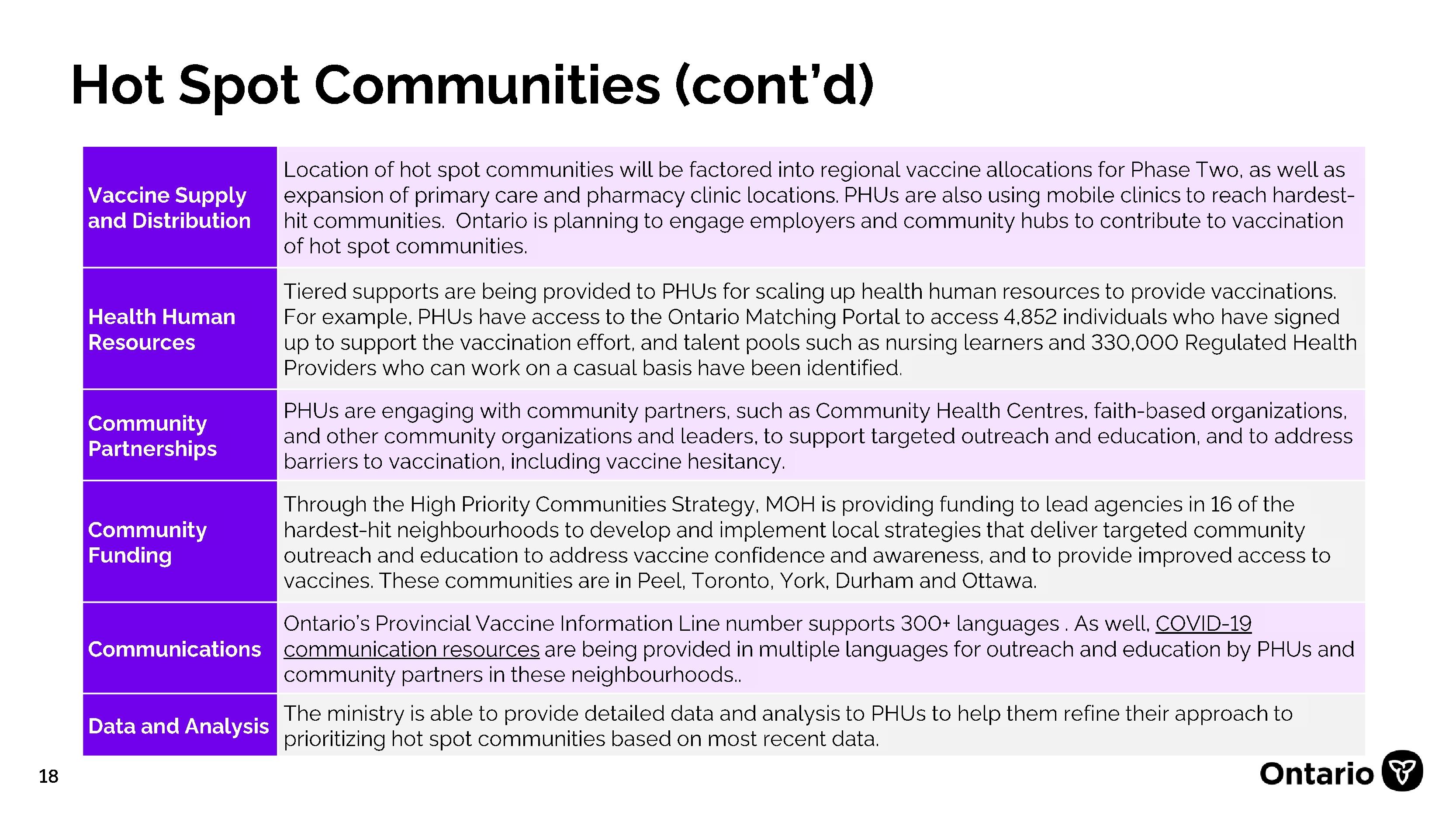 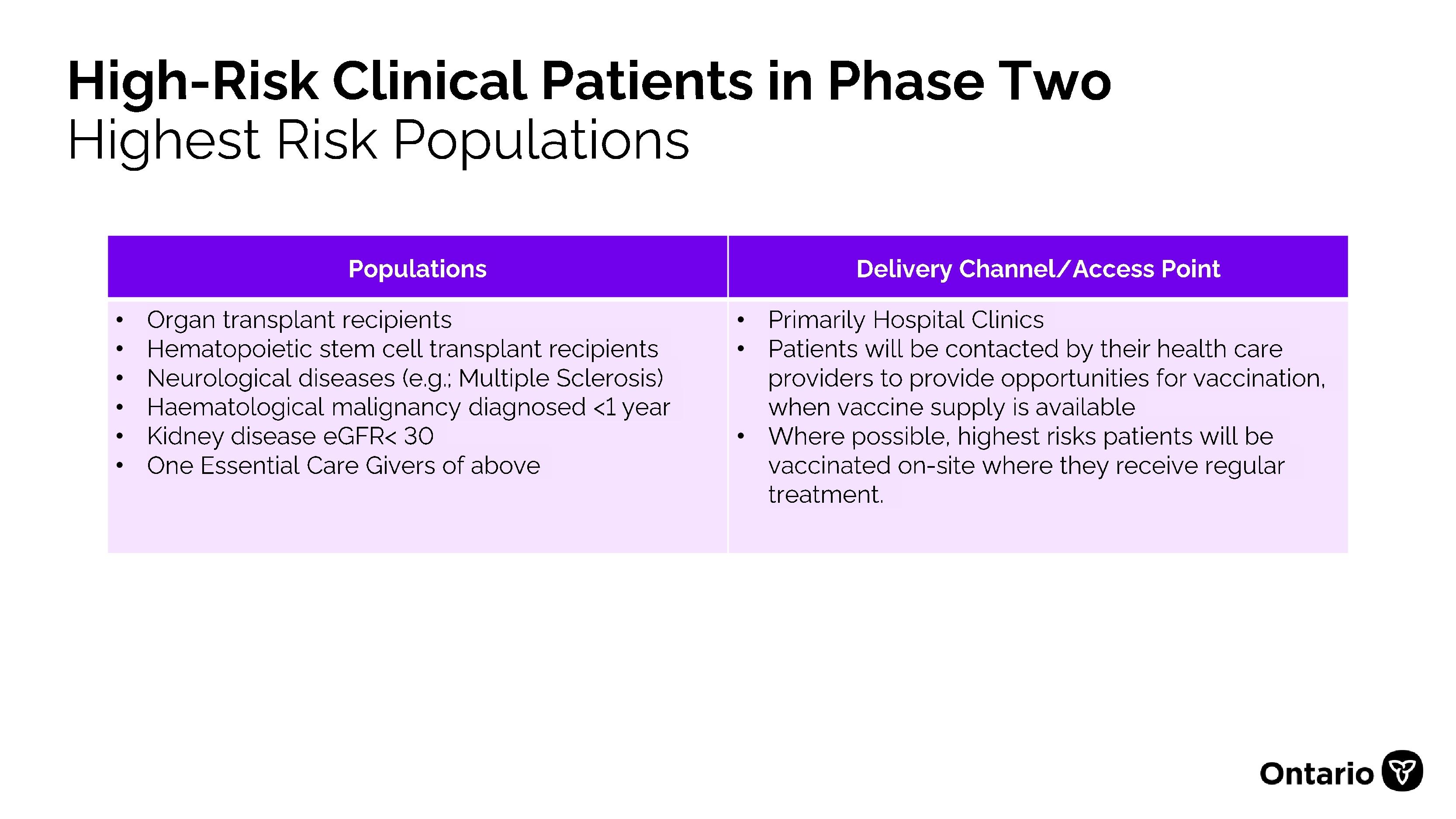 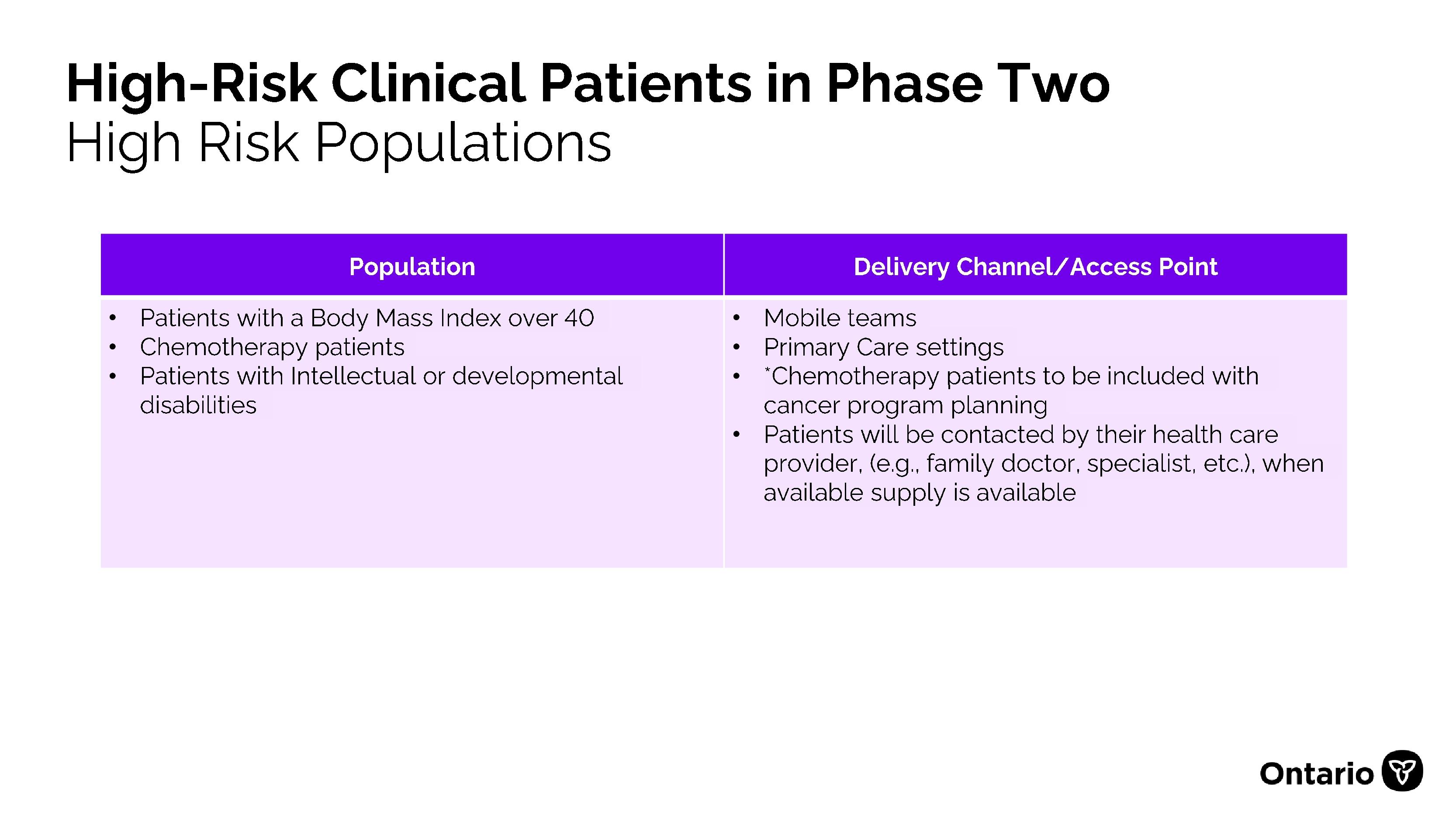 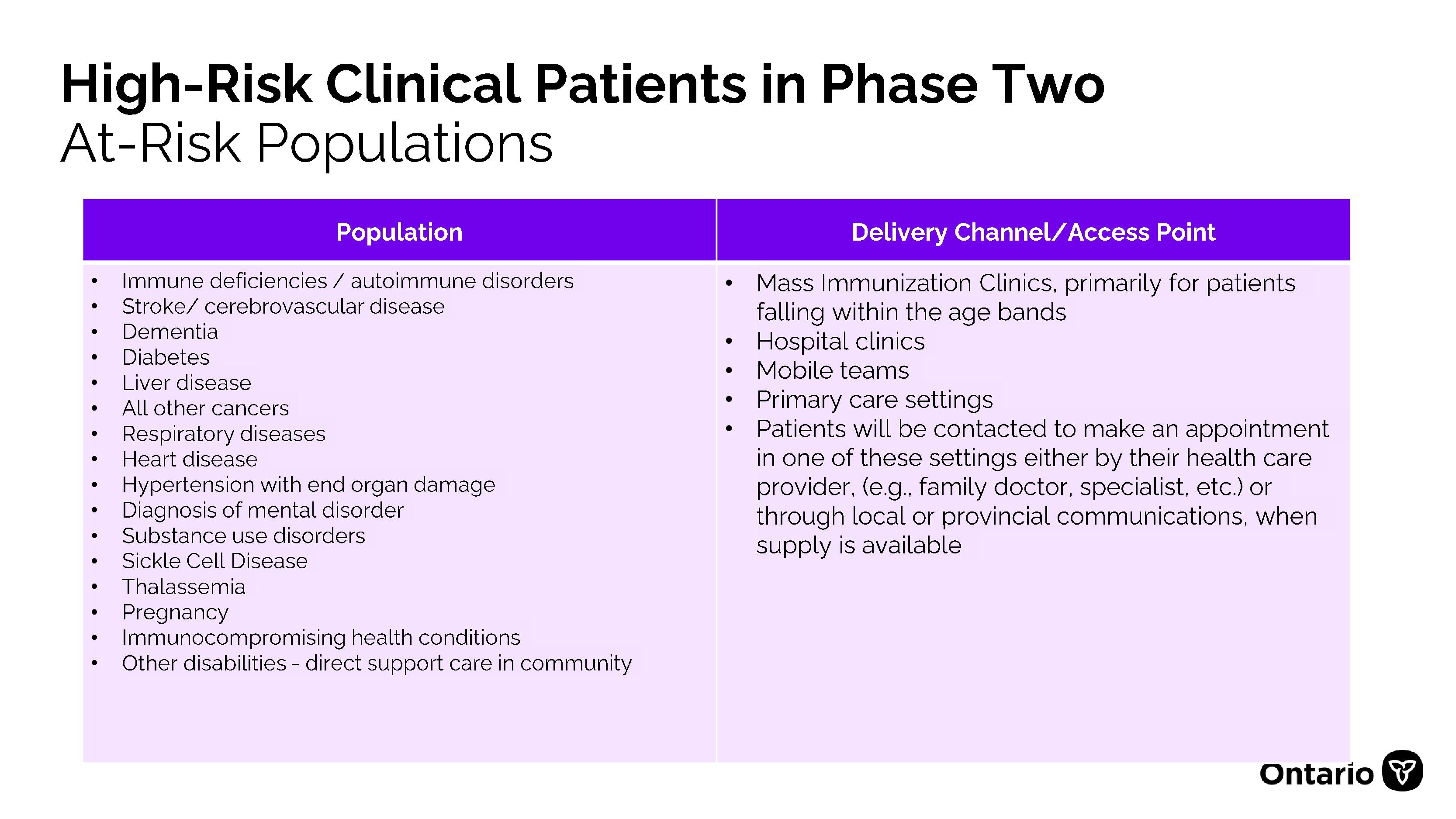 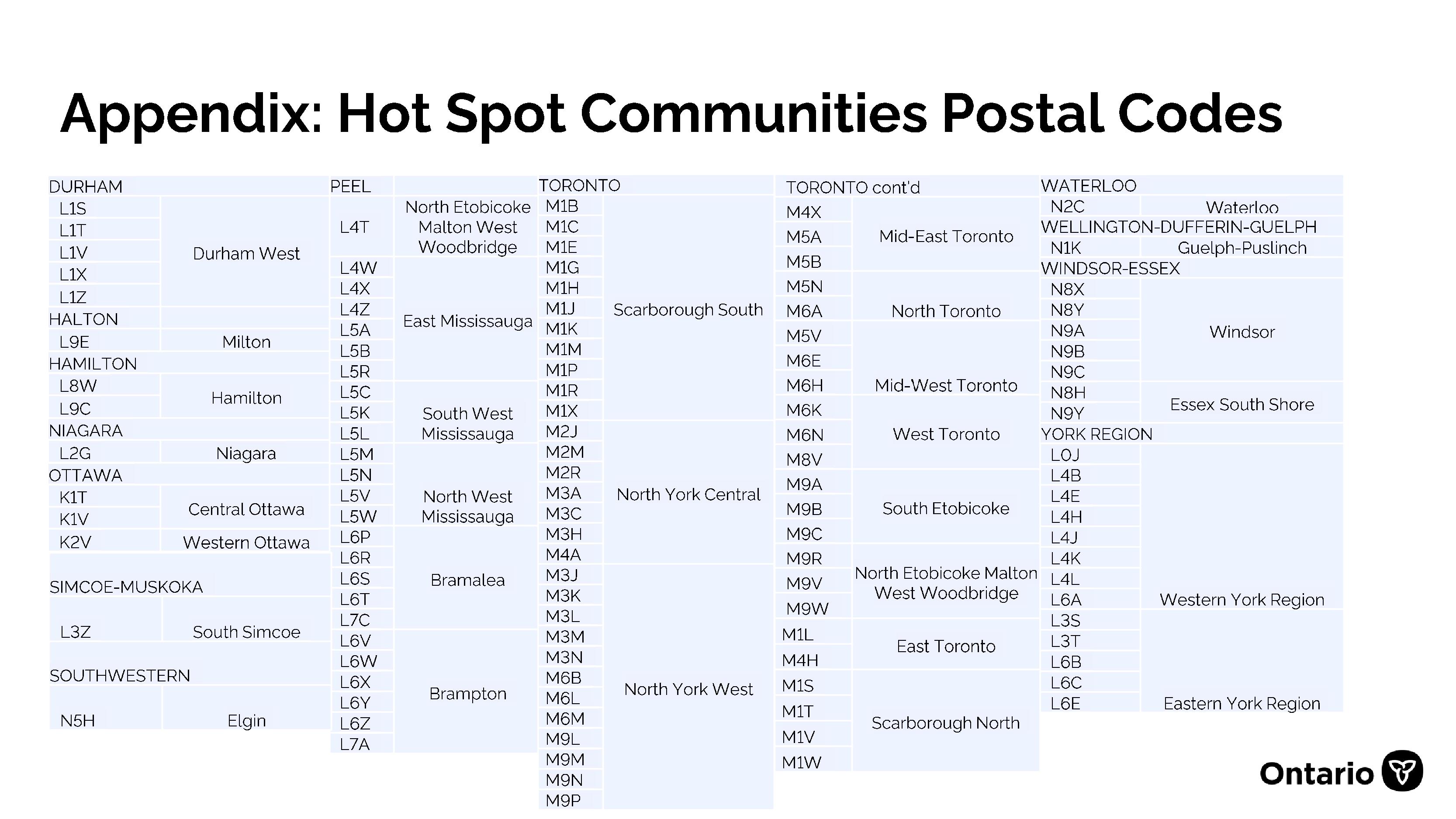