The province has provided new details about supply, vaccines for youth — and its plan for administering second shots
By John Michael McGrath - Published on May 28, 2021

Ontarians over the age of 80 who haven’t already received their second doses of a COVID-19 vaccine will be eligible to do so starting next week, and those 70-plus will be eligible starting June 14. That and more was laid out in a background briefing by government officials on Friday morning.

The province is also initiating “Operation Remote Immunity 2.0” for those 12 to 17 in remote First Nations.

The current planning from the province does not incorporate large numbers of projected doses from Moderna, which could accelerate the stated timelines. 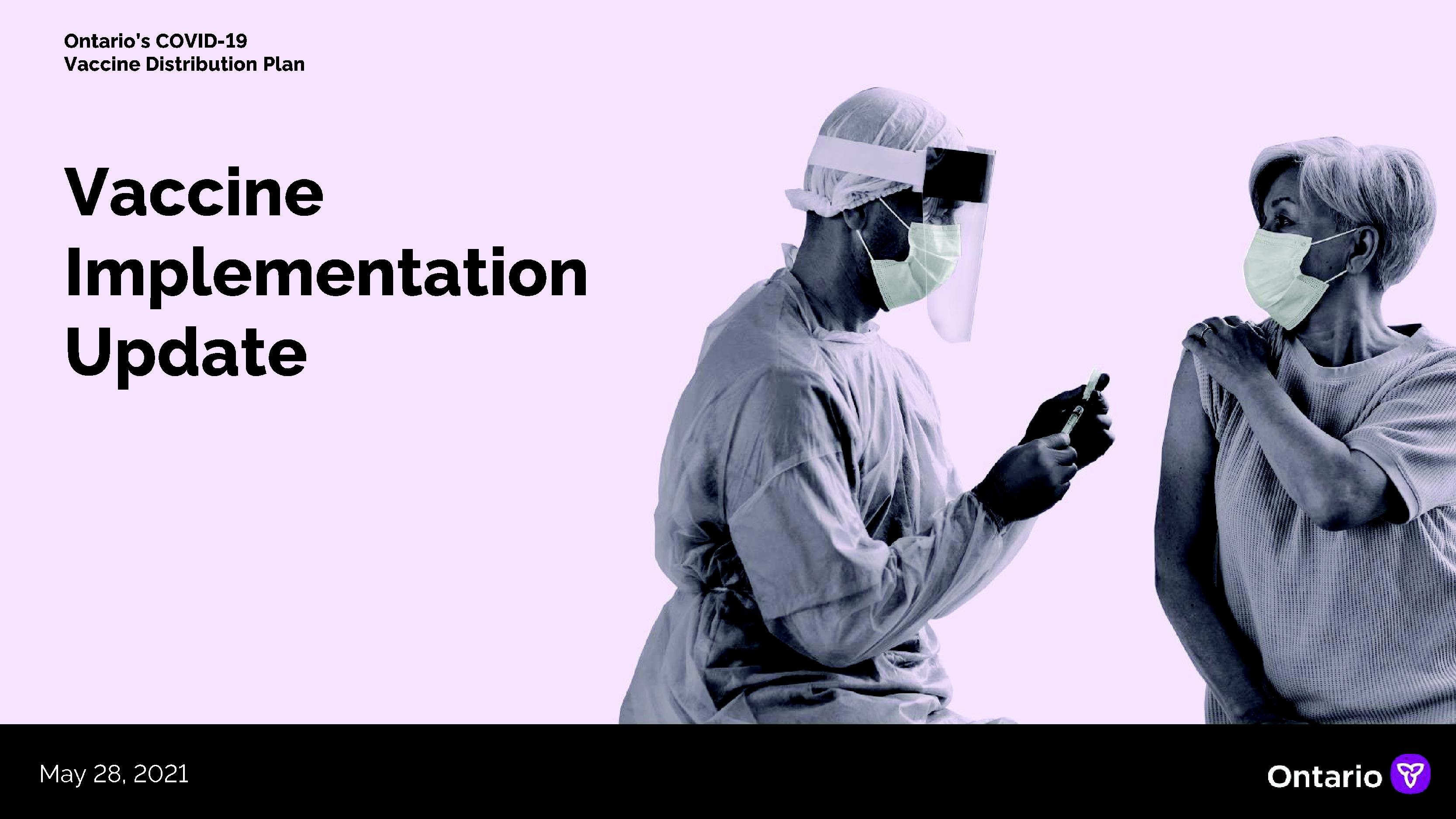 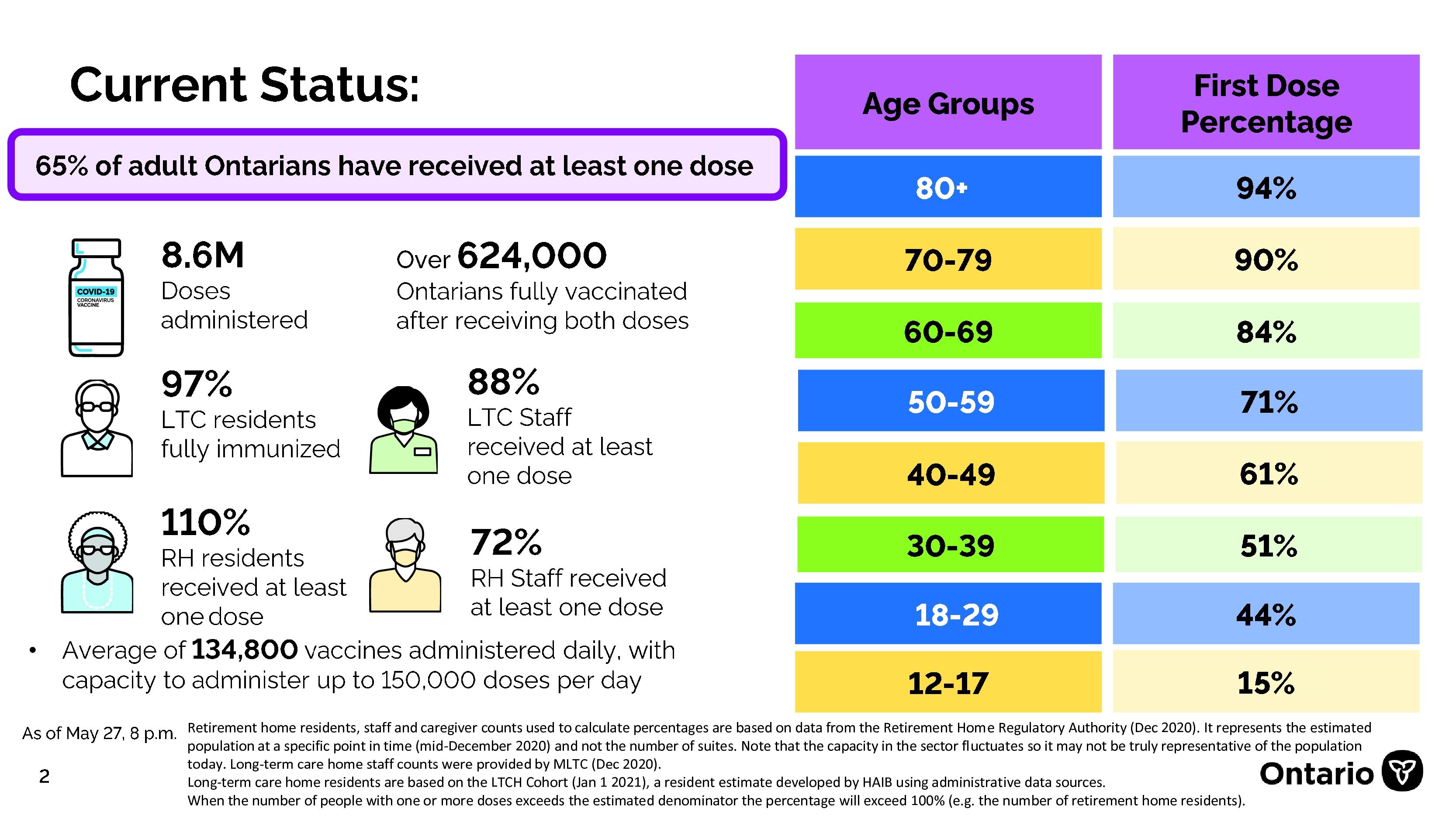 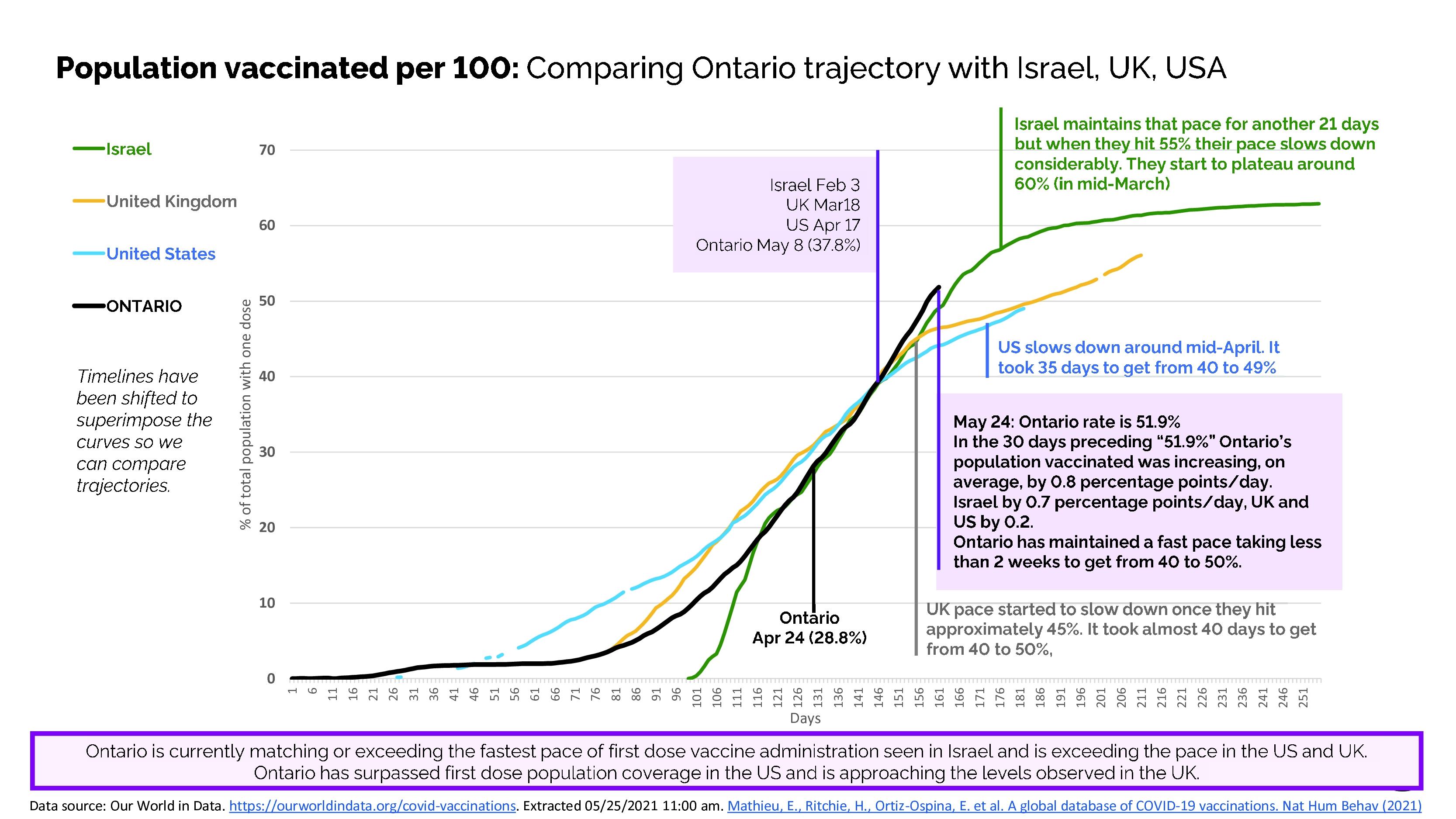 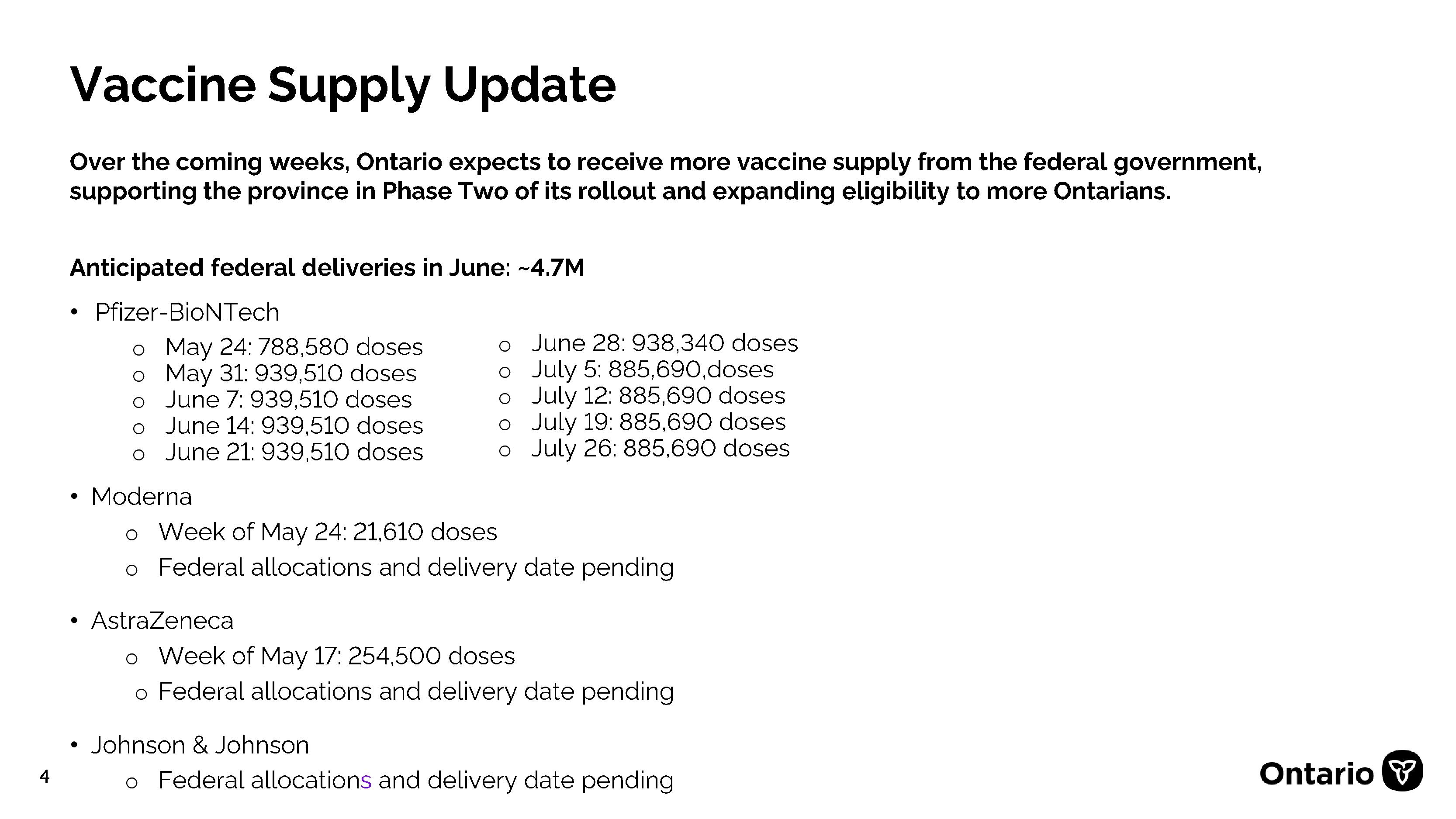 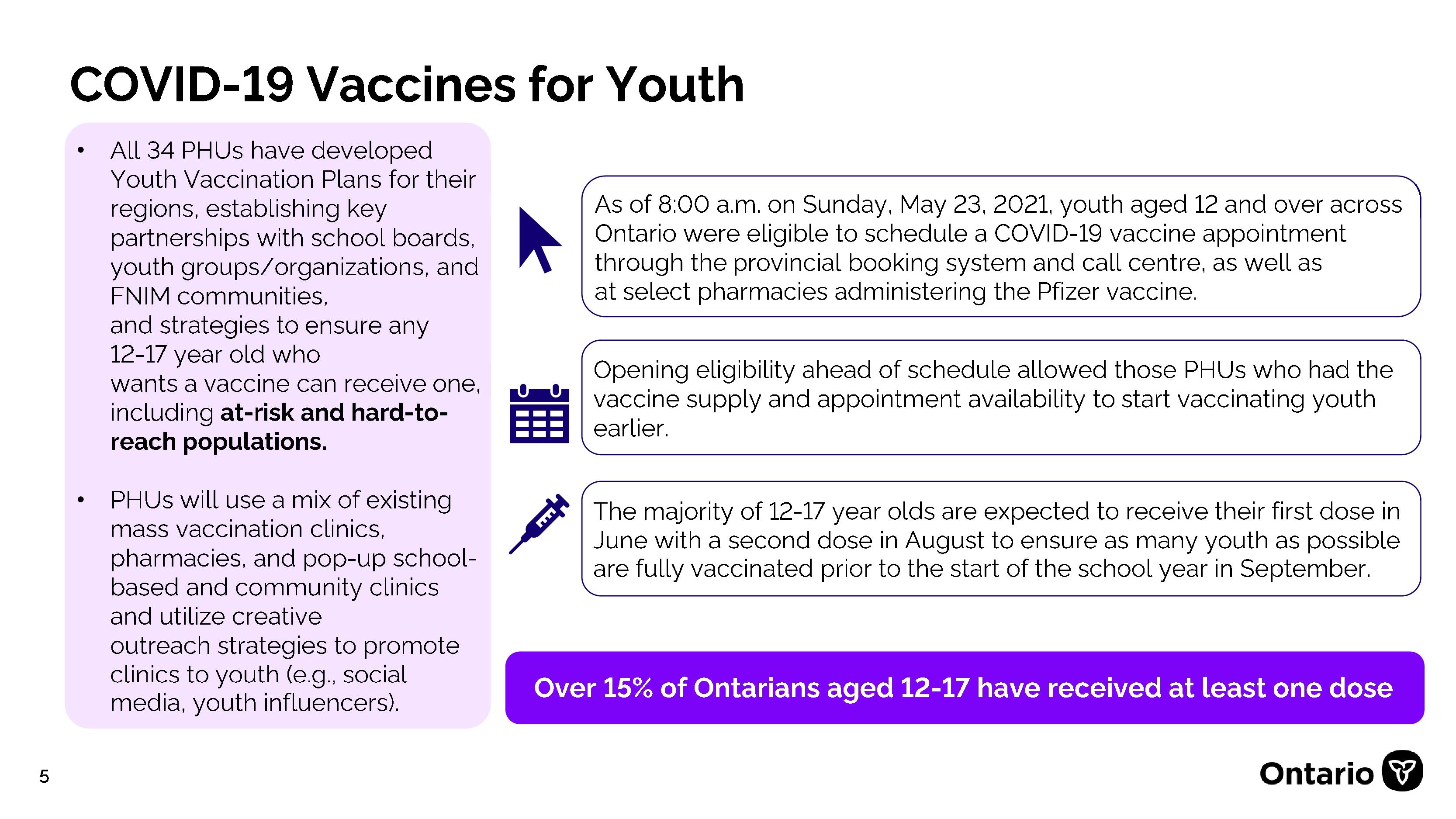 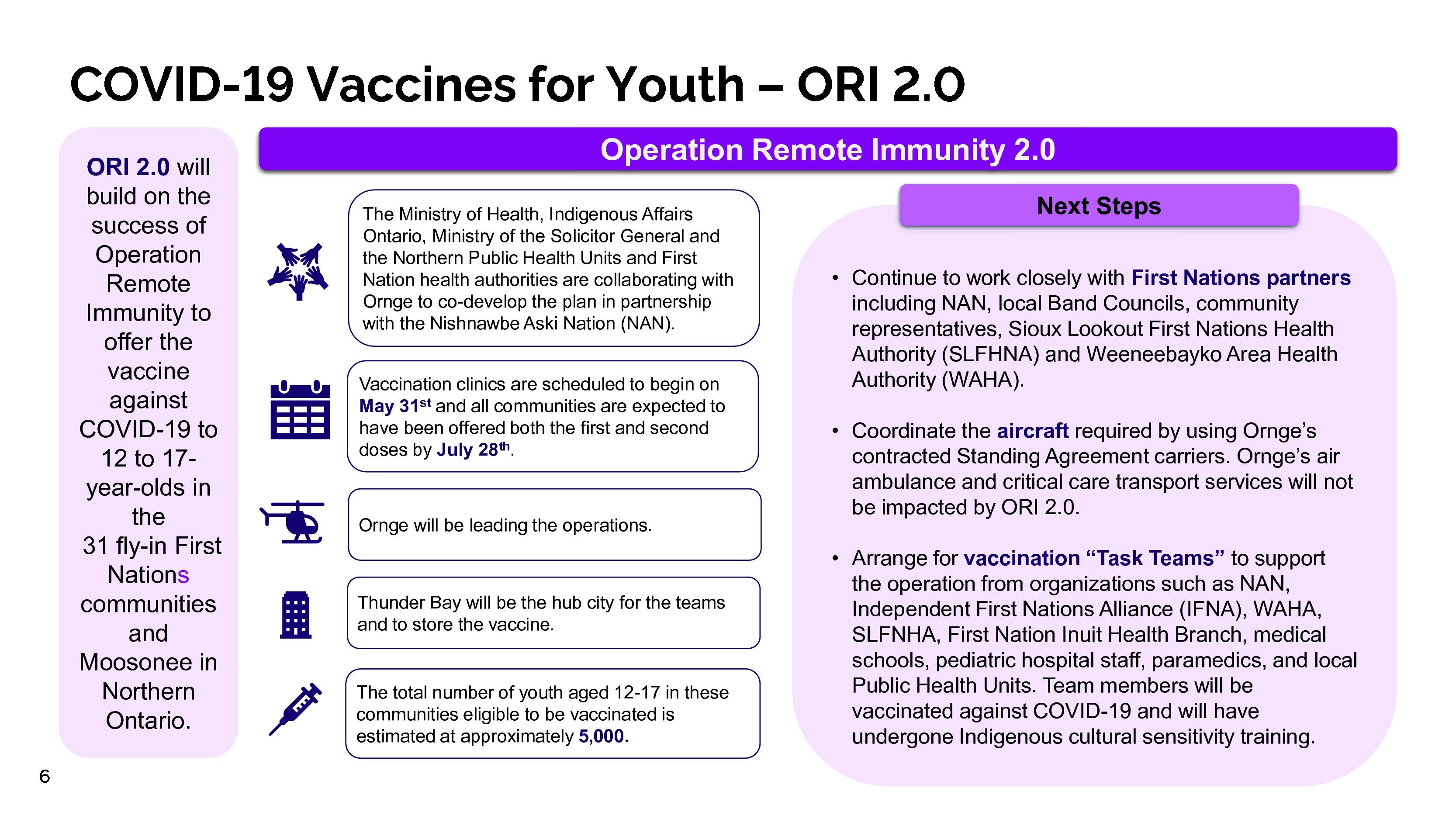 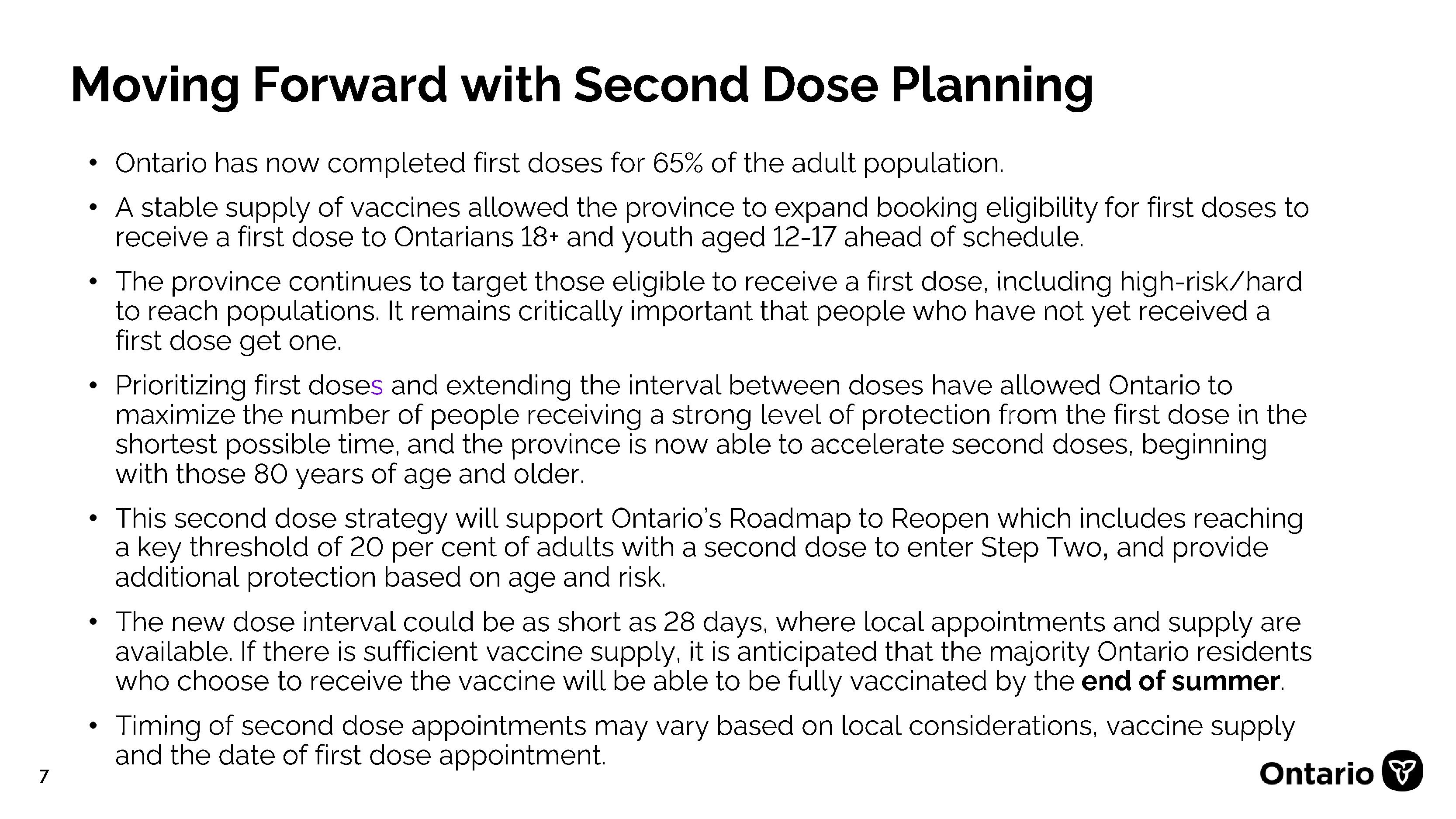 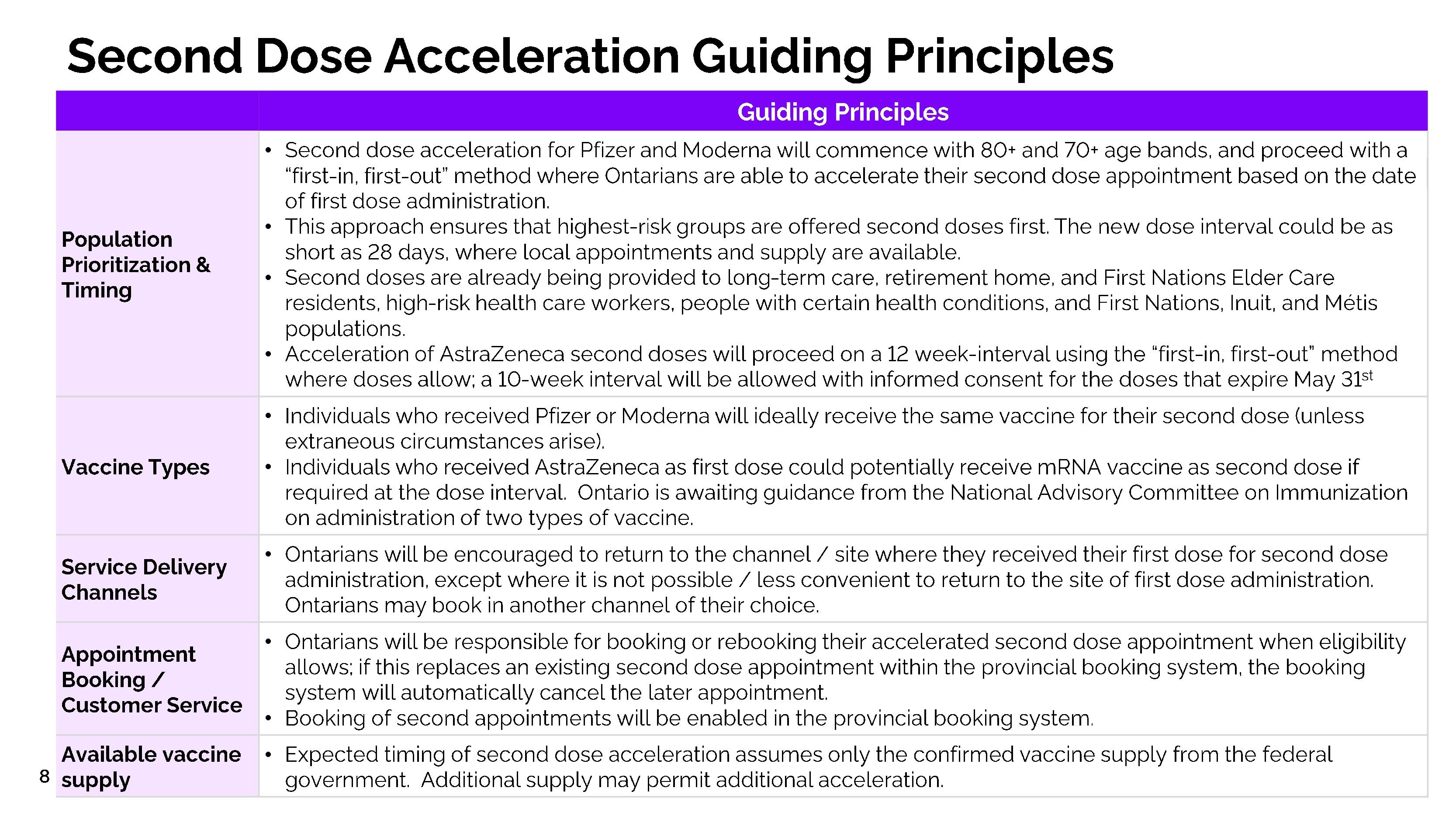 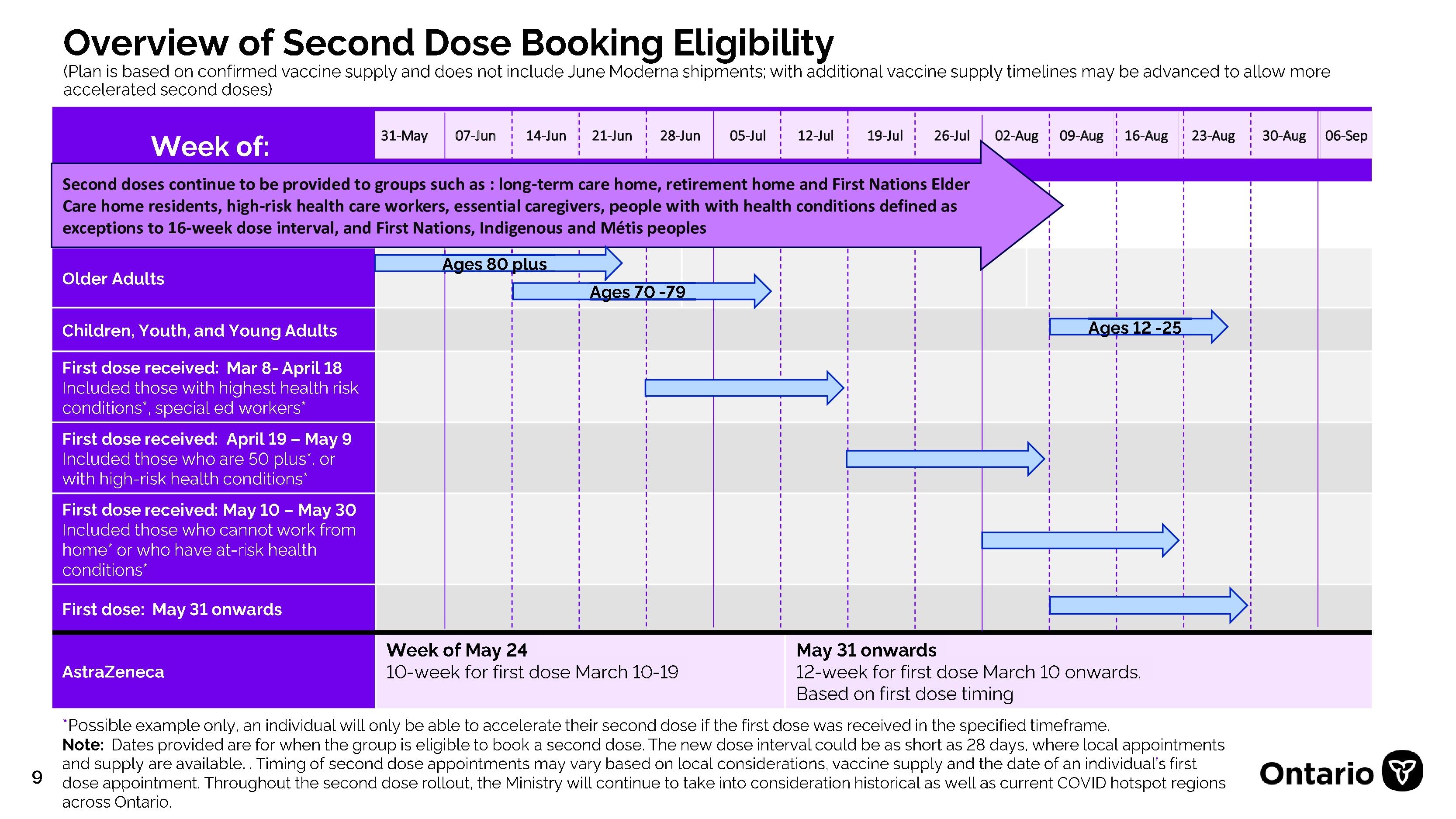 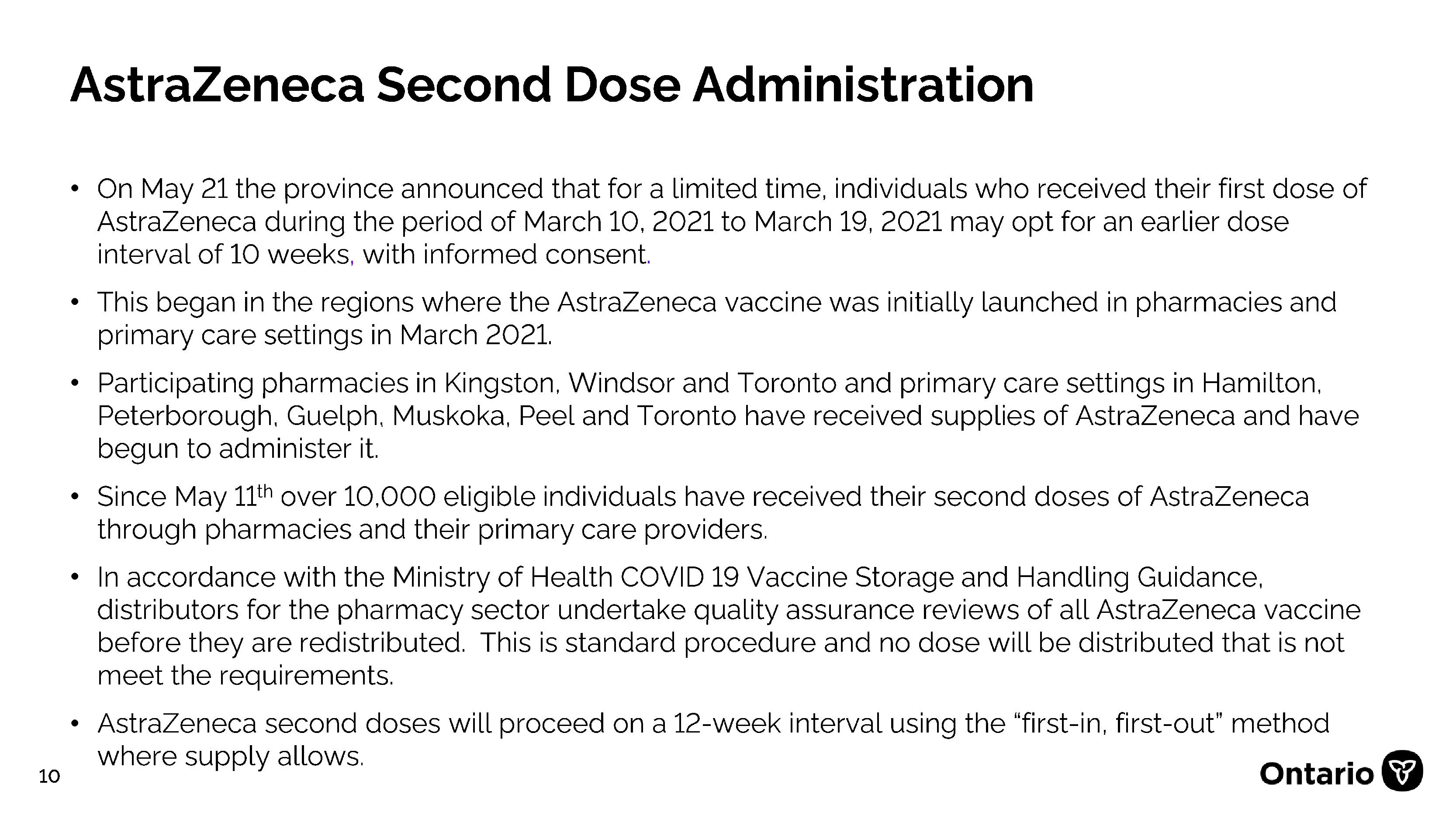 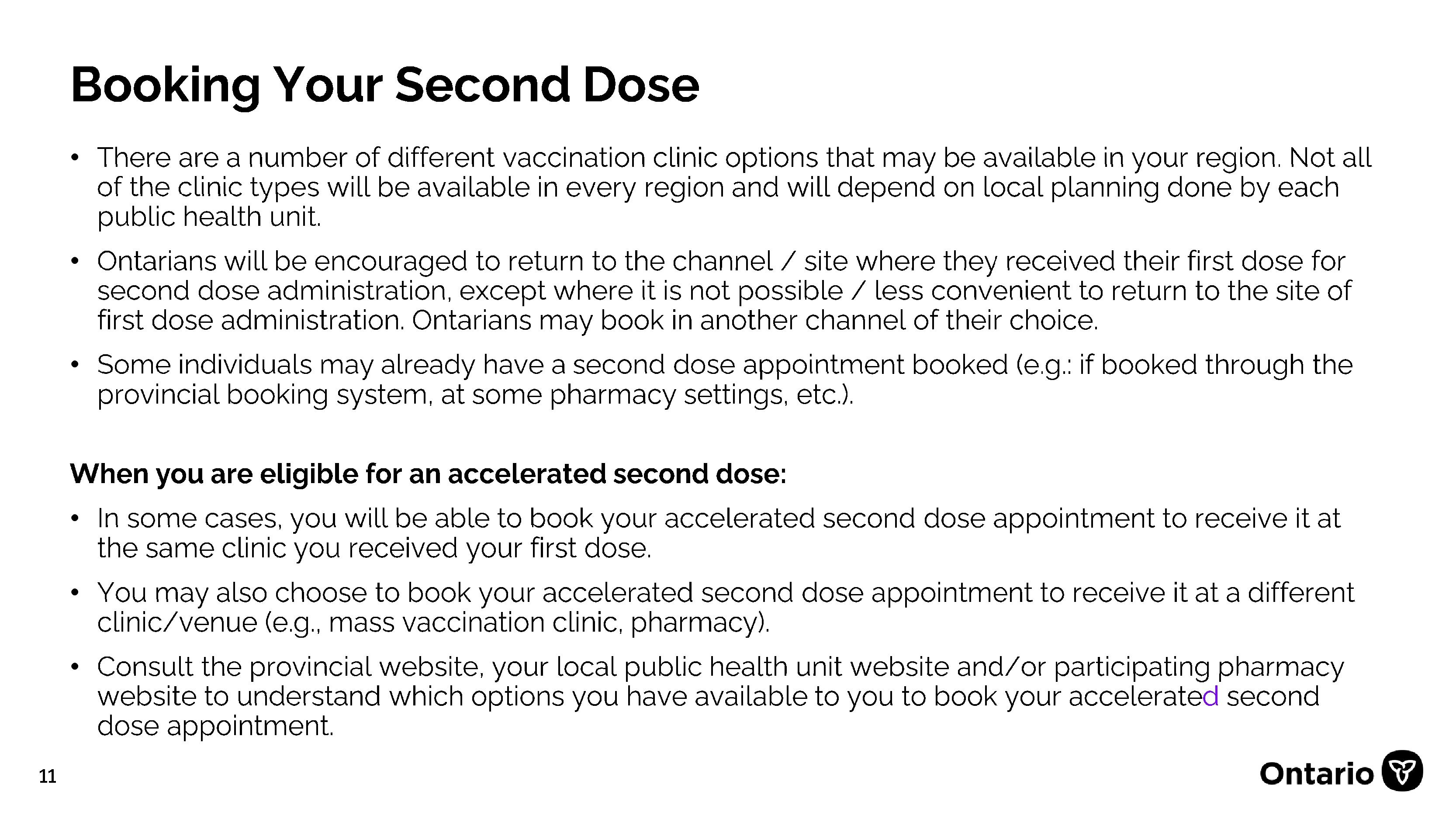 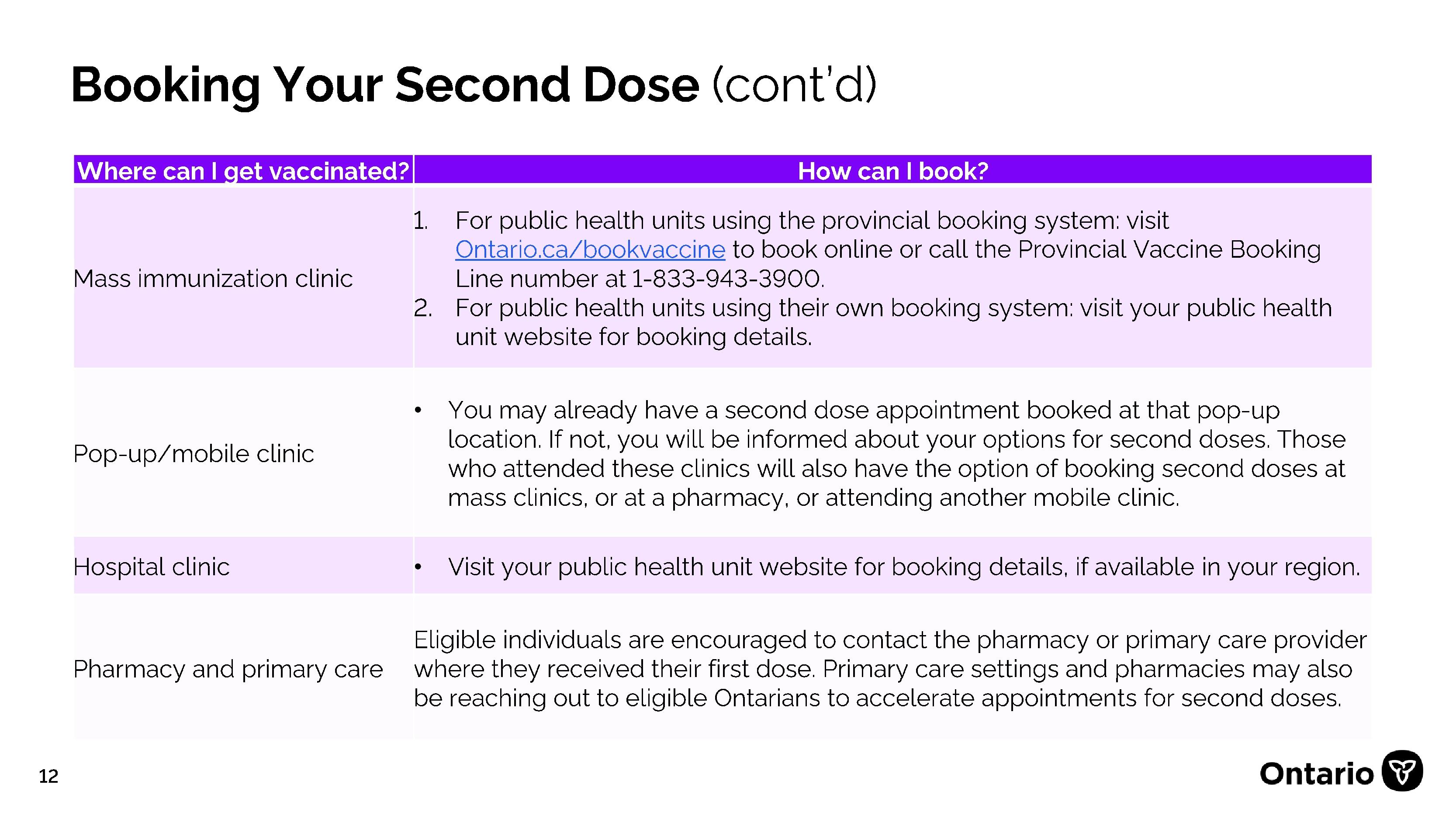 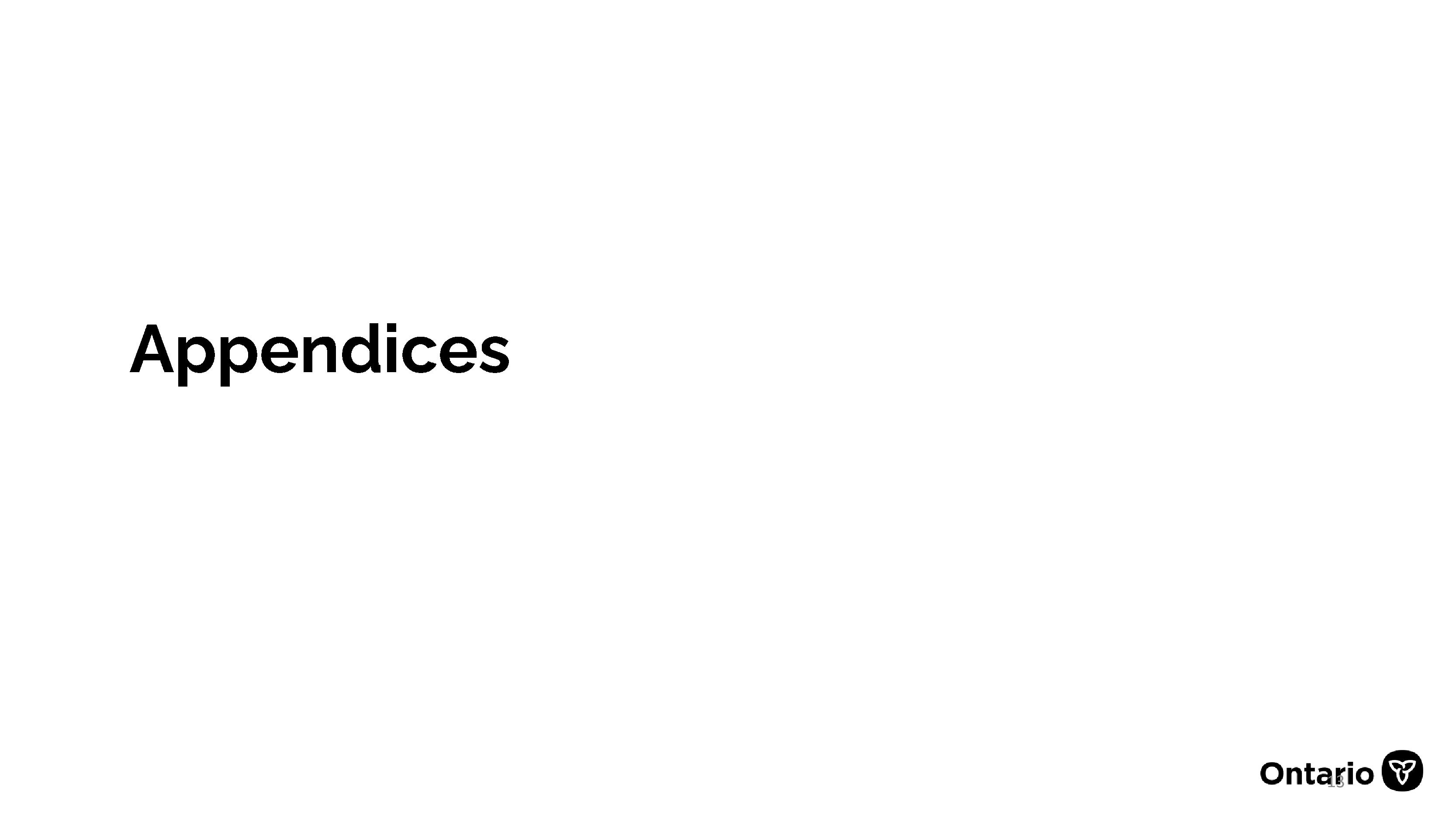 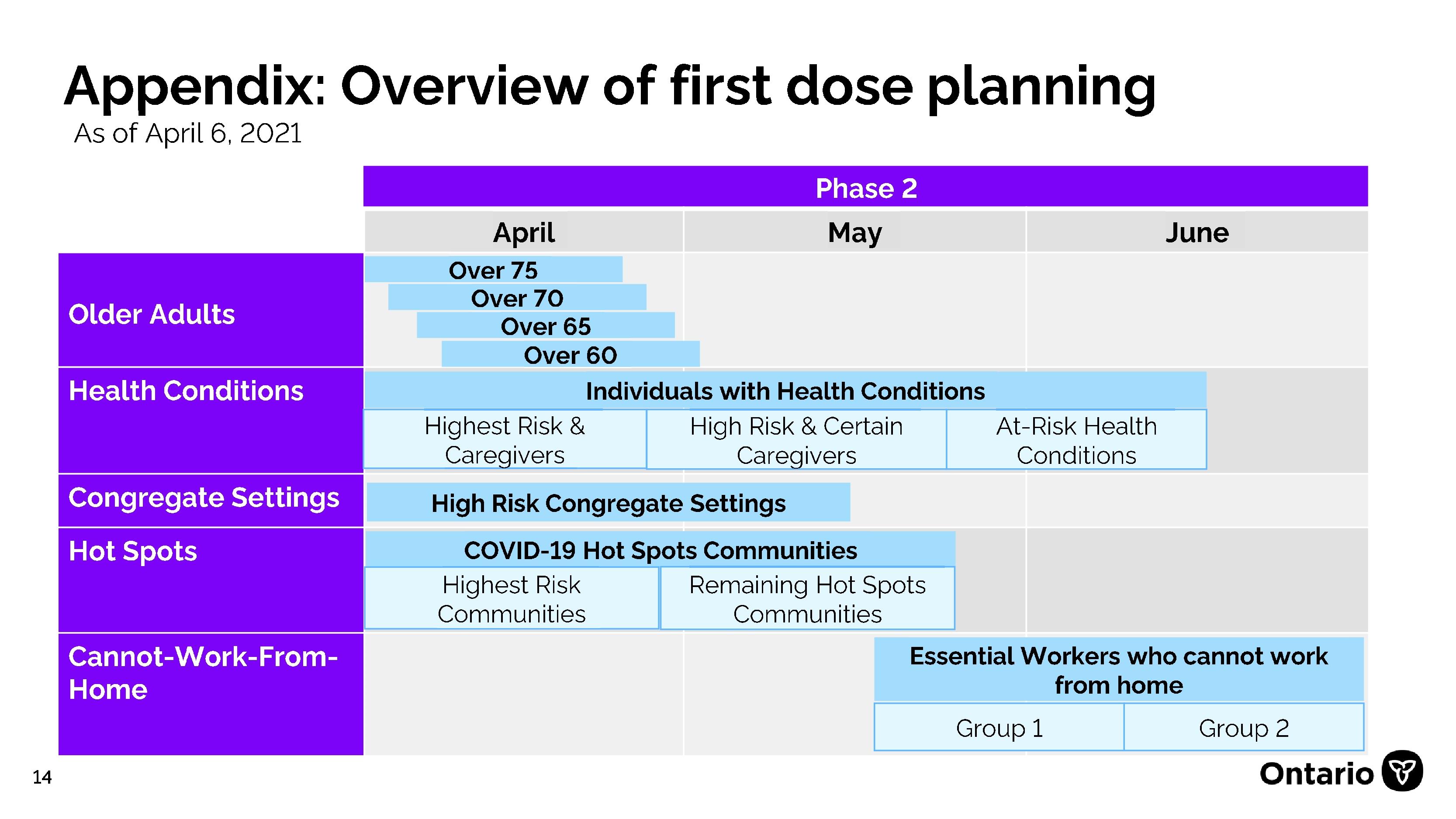 Update: This post has been updated with a revised page nine provided by the Ontario Minister of Health's office.