The government has released new information about vaccine doses, capacity, and distribution. Read the full update
By John Michael McGrath - Published on Jan 13, 2021

The Ontario government currently hopes to begin the second phase of its vaccination plan — which will involve seniors outside of long-term care and in other forms of congregate care — as early as April, as larger numbers of federally approved vaccines become more available.

The government hopes to have all residents, staff, and essential caregivers at the province's LTC homes vaccinated with the first dose of the two-dose vaccines by no later than February 15, 2021.

Adults under the age of 60 will be among the last categories of people vaccinated, as they represent the lowest risk of death or serious health consequences, but the plan released Wednesday suggests the government expects all but the final (lowest-risk) 3 million Ontarians to be vaccinated by the August long weekend.

After a pilot project in Ottawa, the province is expanding the use of the Pfizer vaccine, which had previously been reserved for uses at hospitals. Now that it's been demonstrated that the Pfizer vaccine can be safely moved away from very-low-temperature freezers, the government will be using it more widely, including with mobile teams.

The government is also going to substantially expand the list of health-care workers who can administer the vaccine; pharmacists and interns, for example, will now be included. 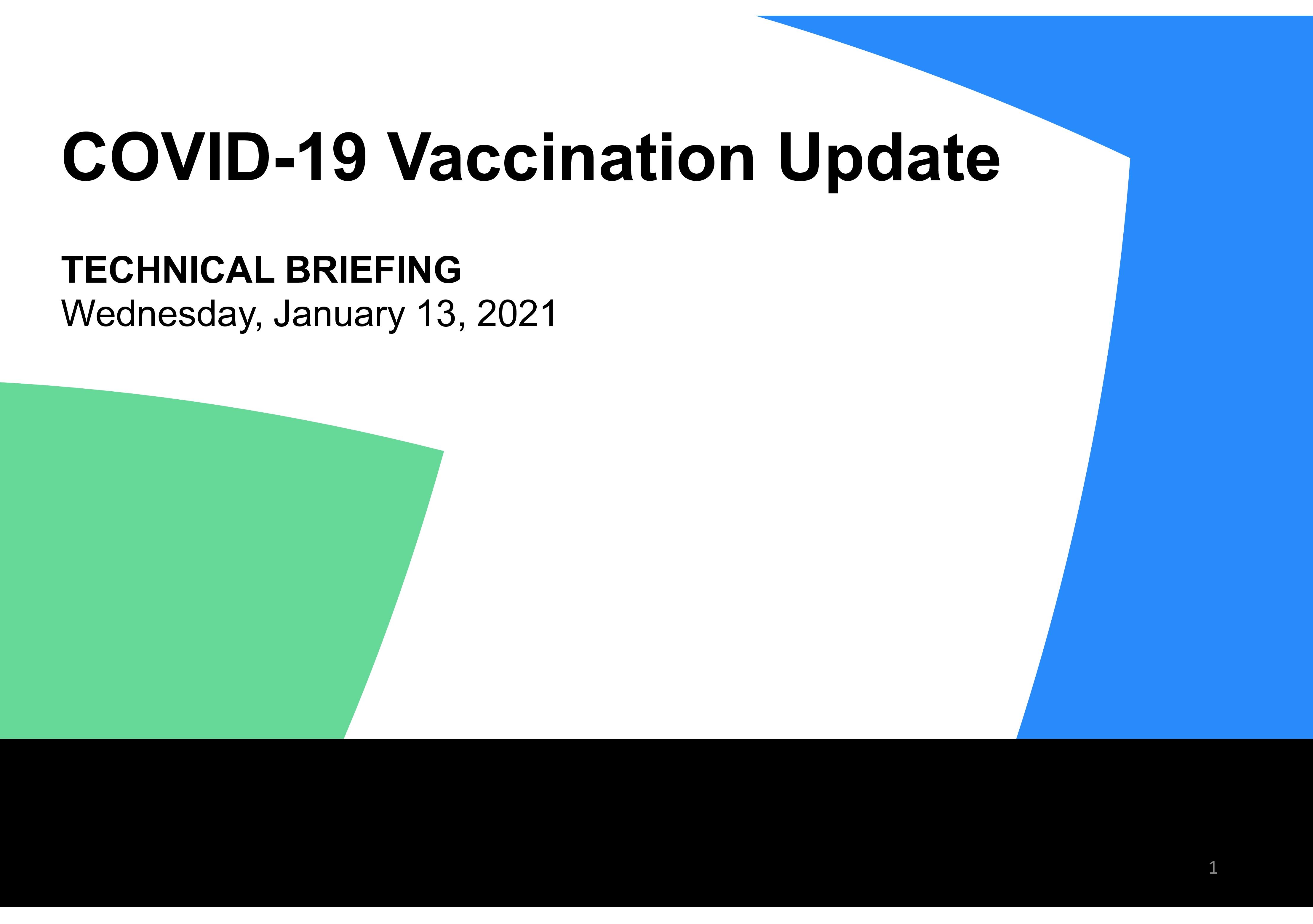 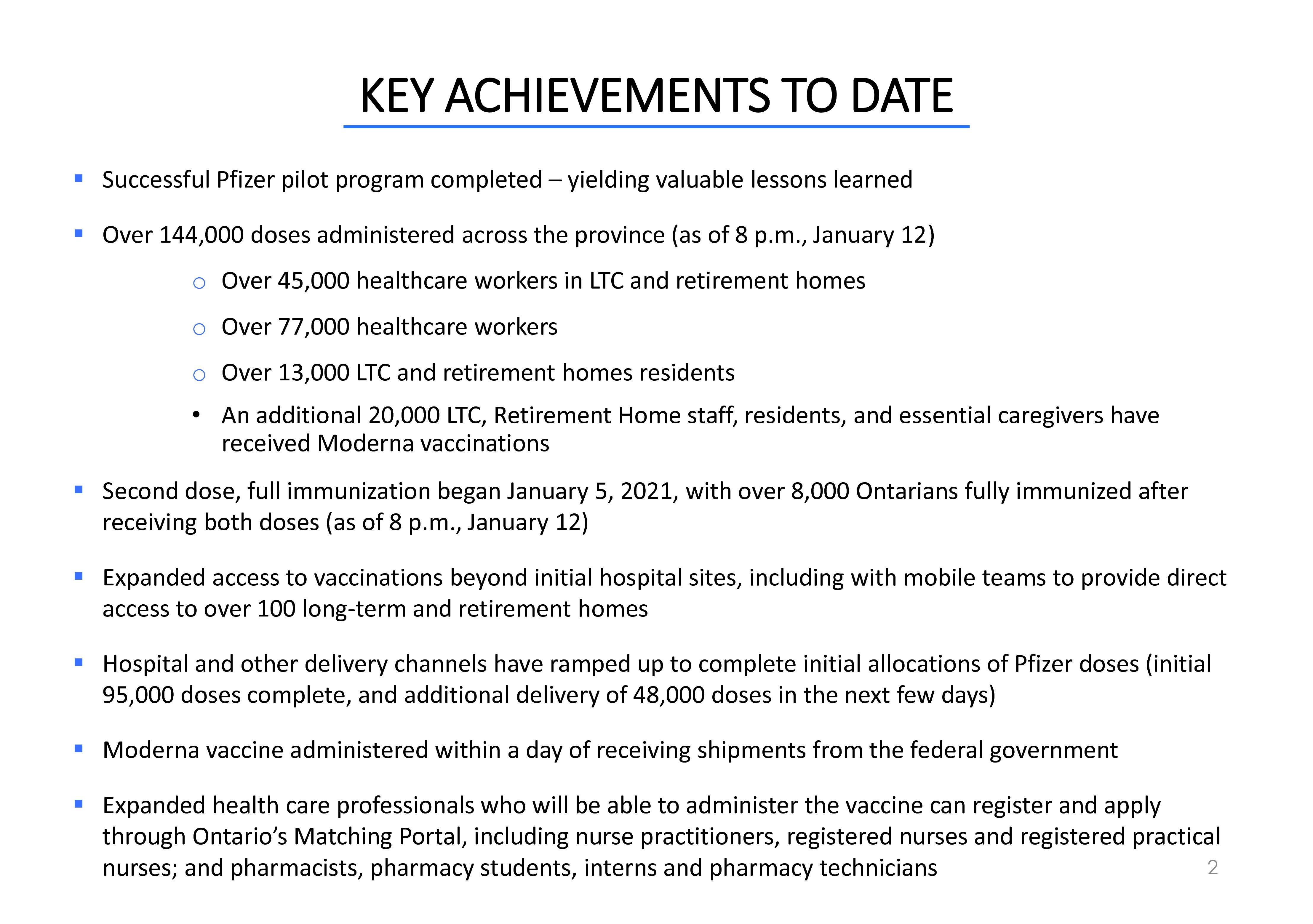 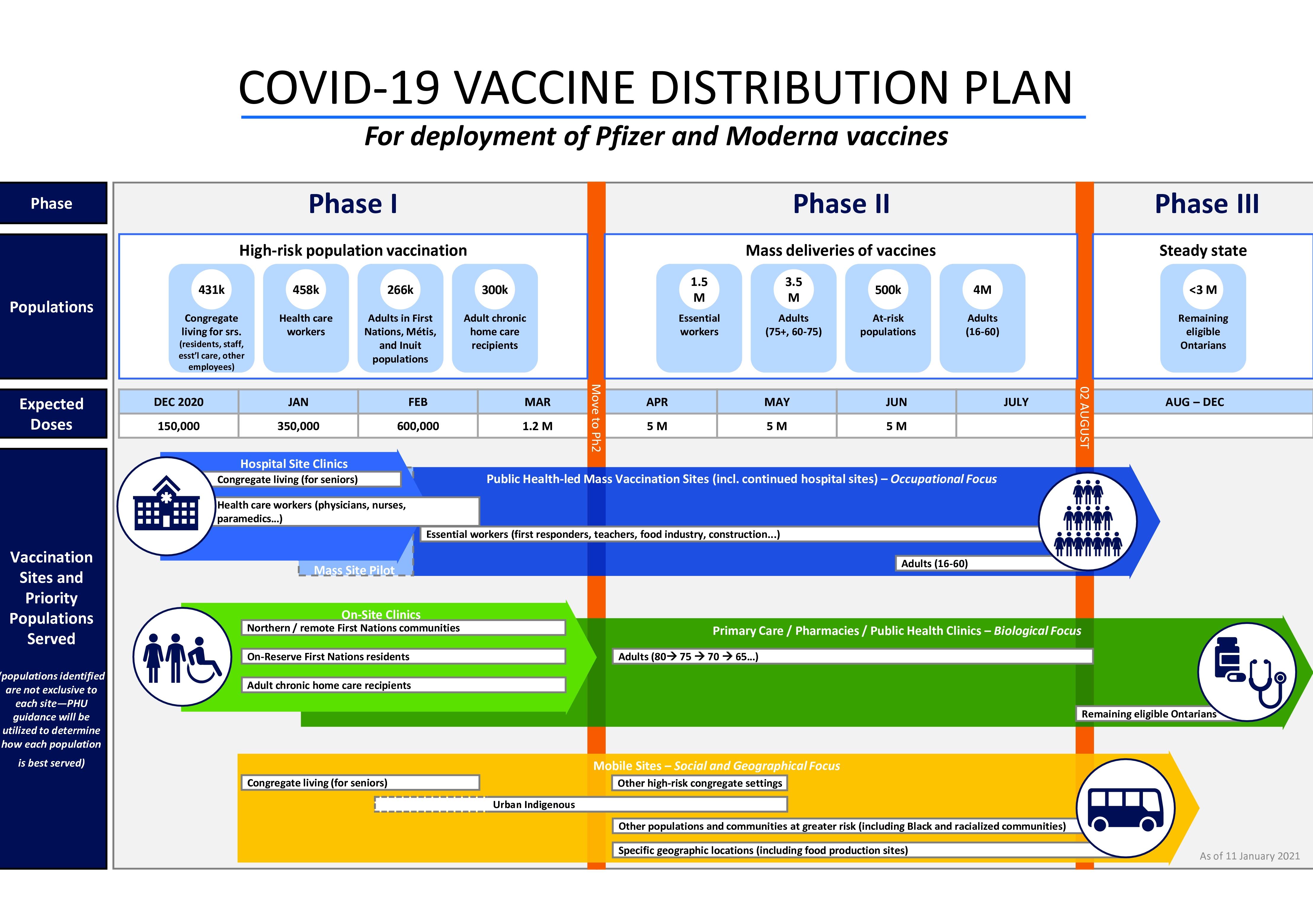 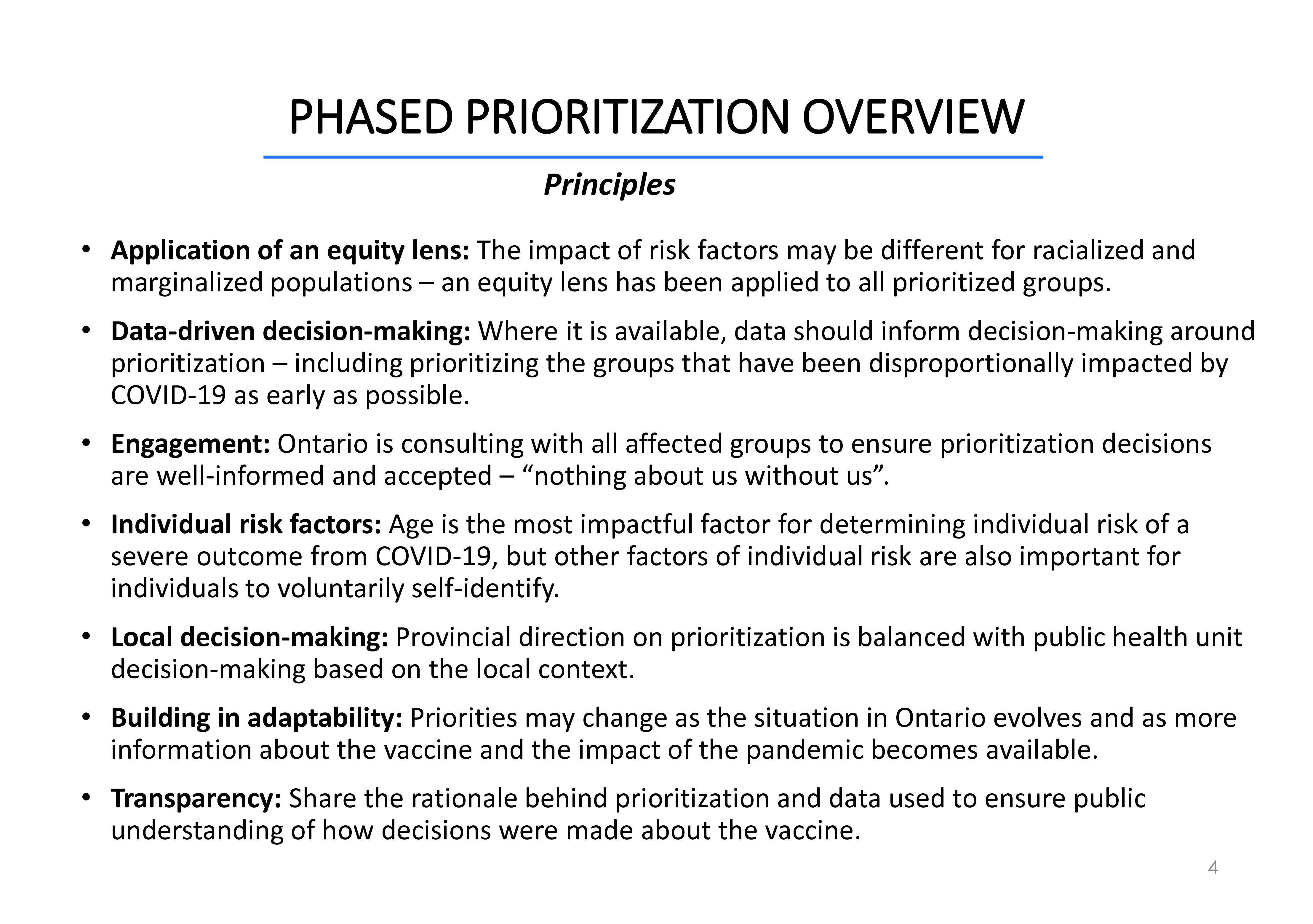 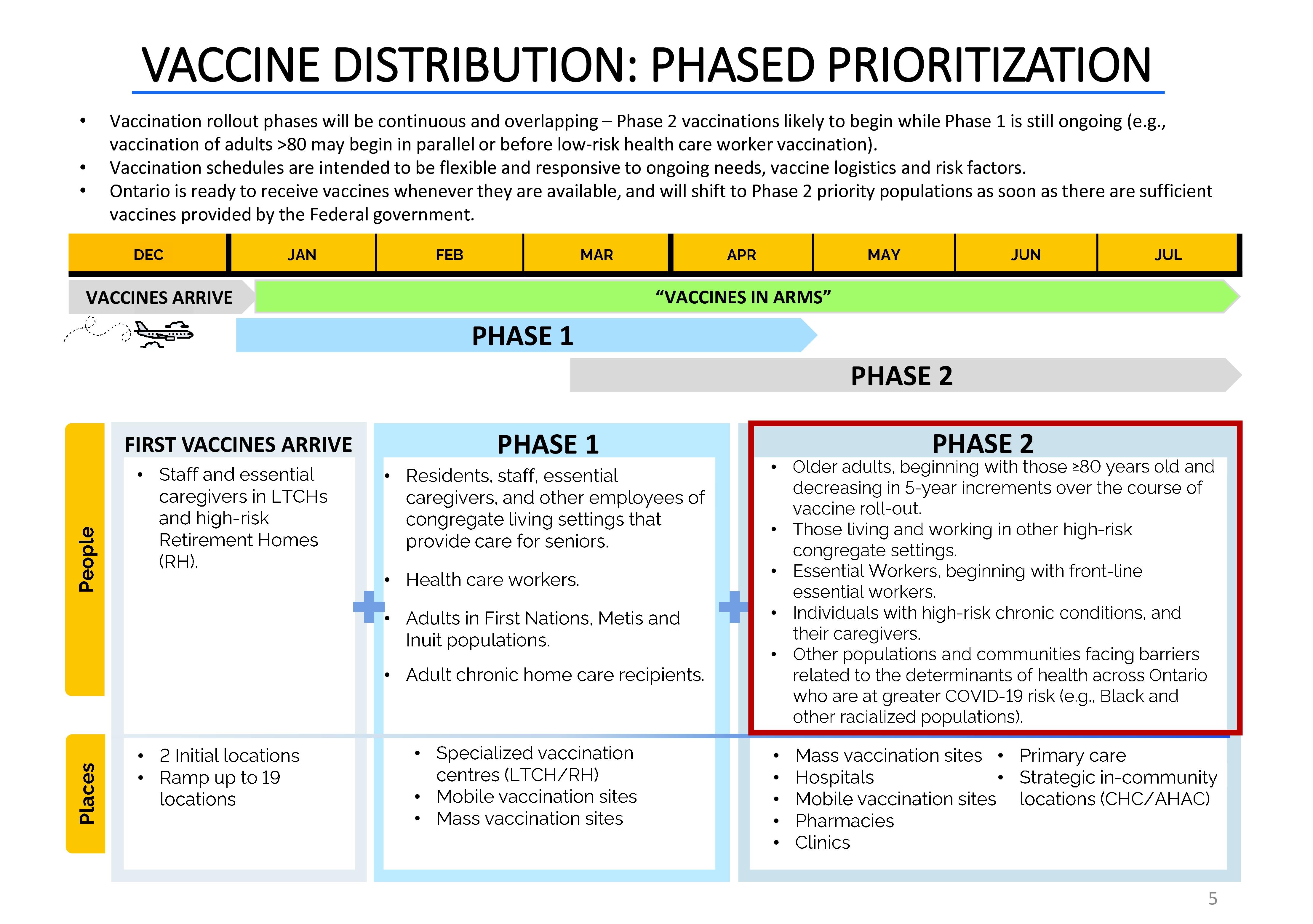 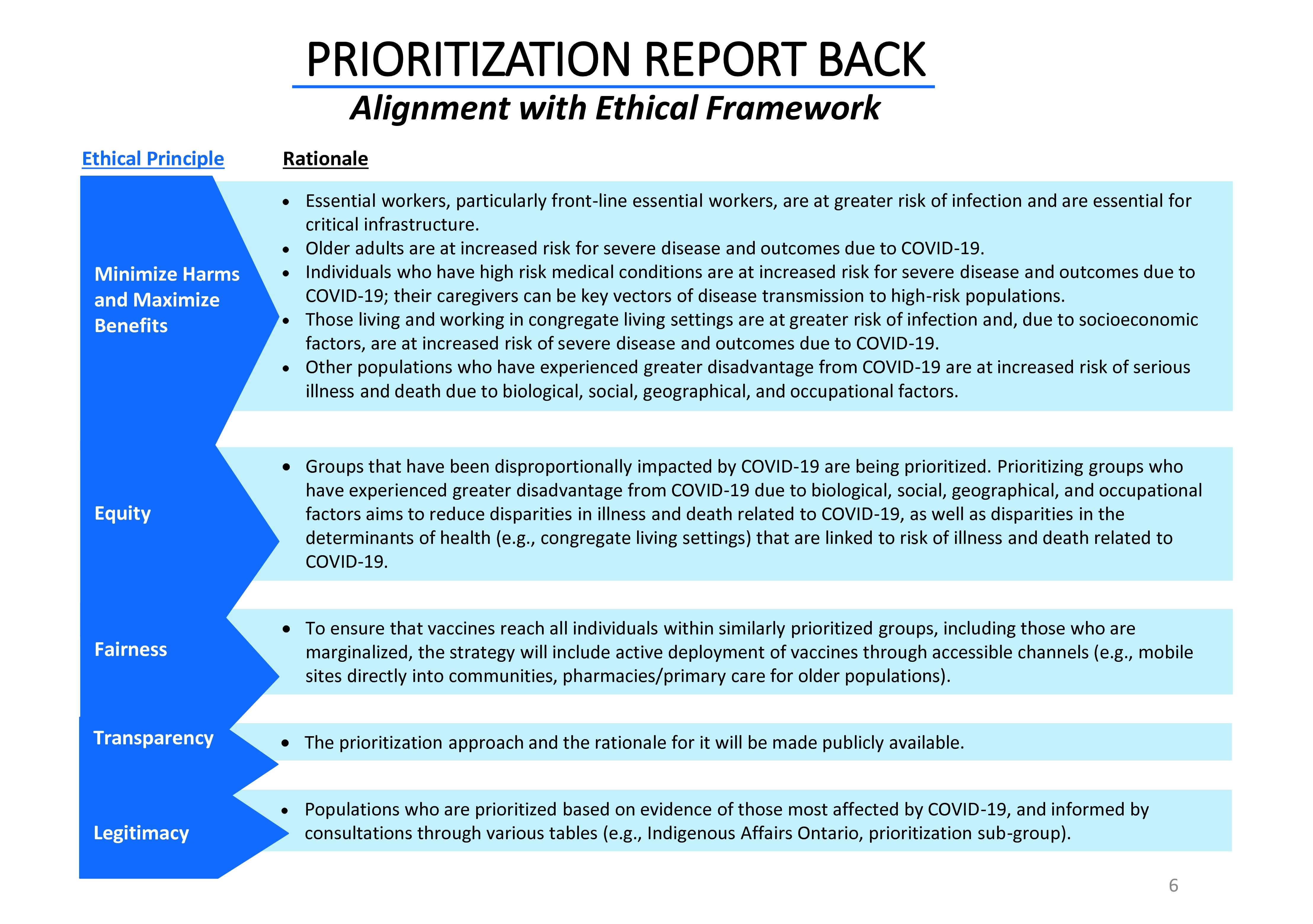 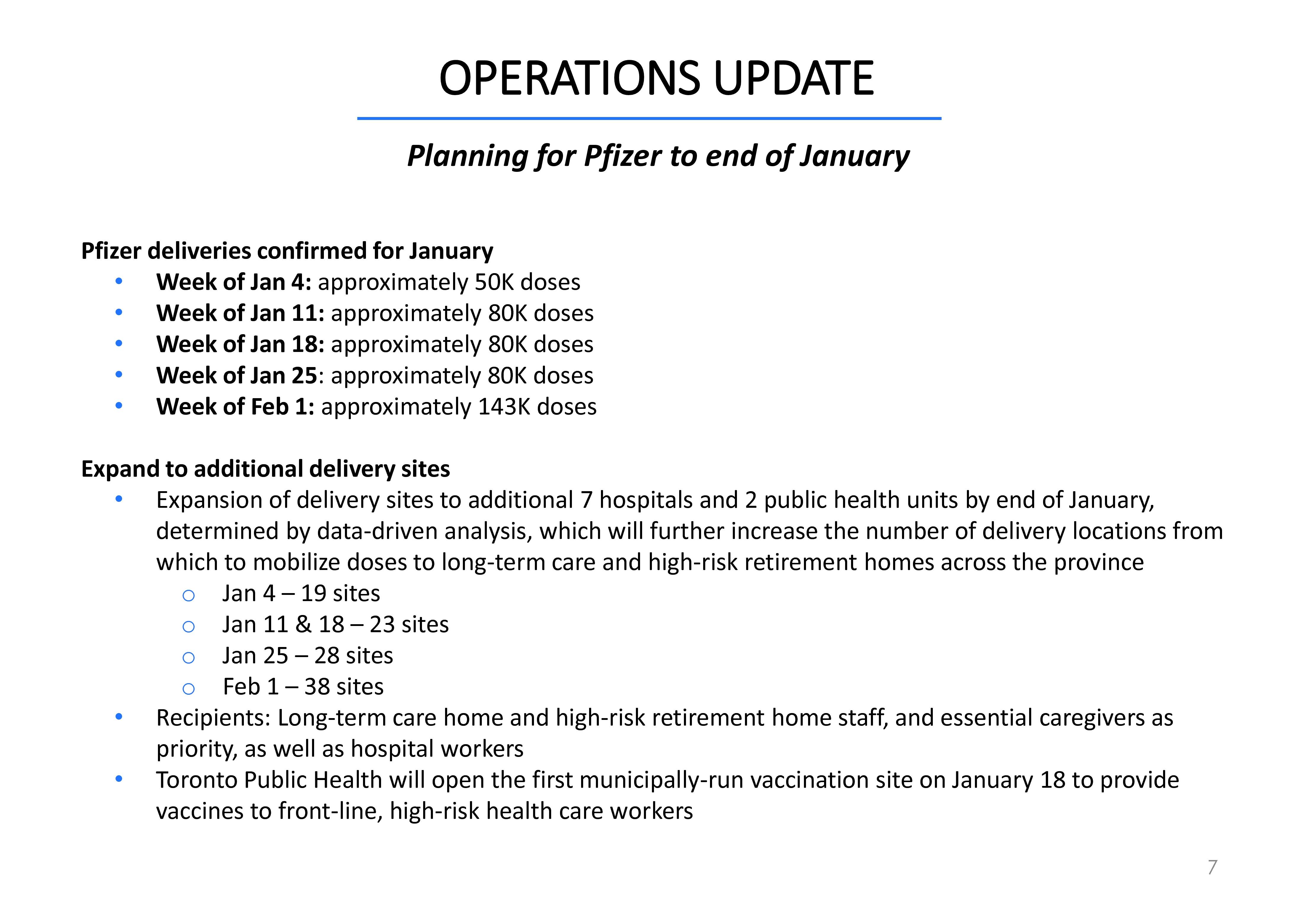 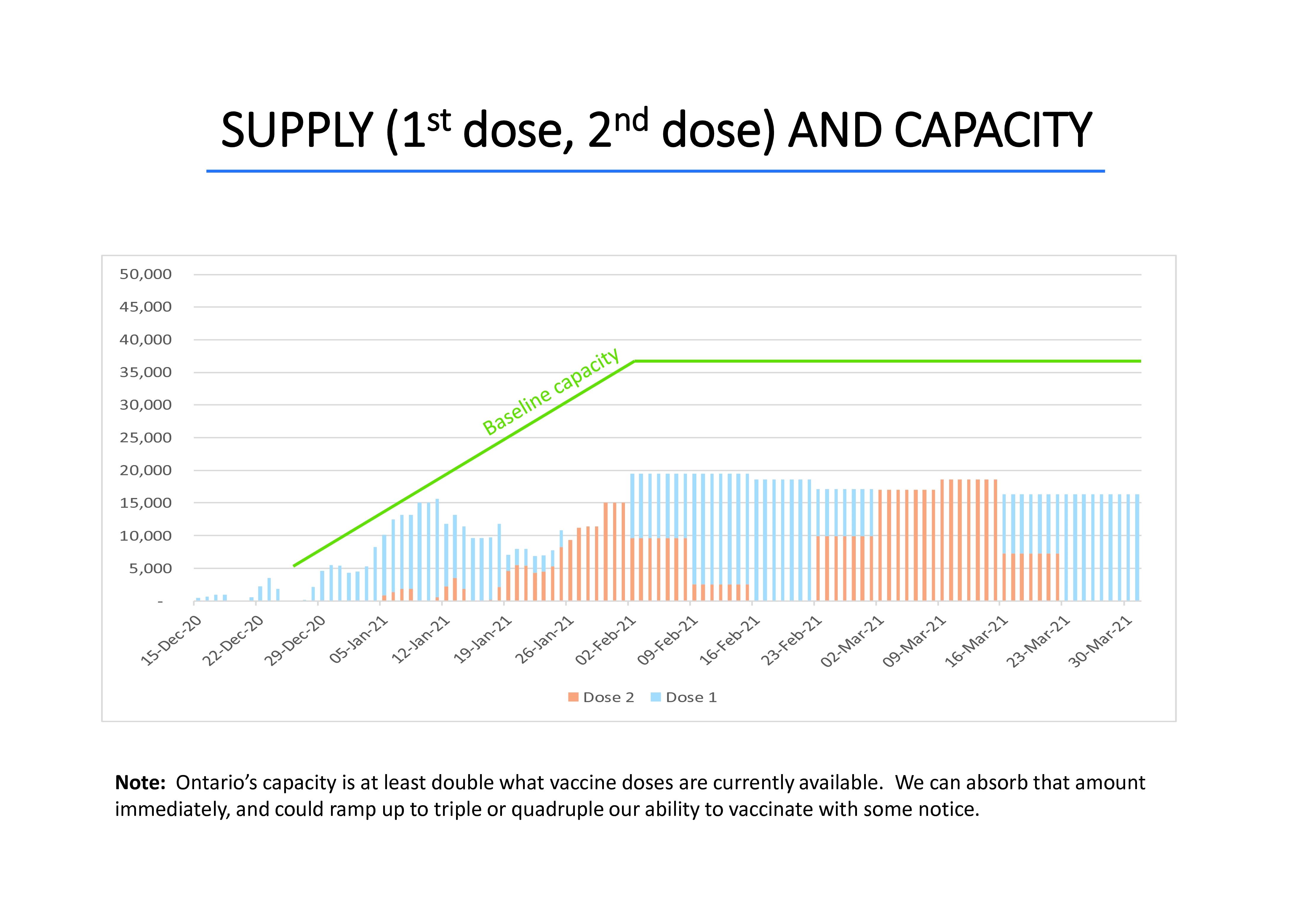 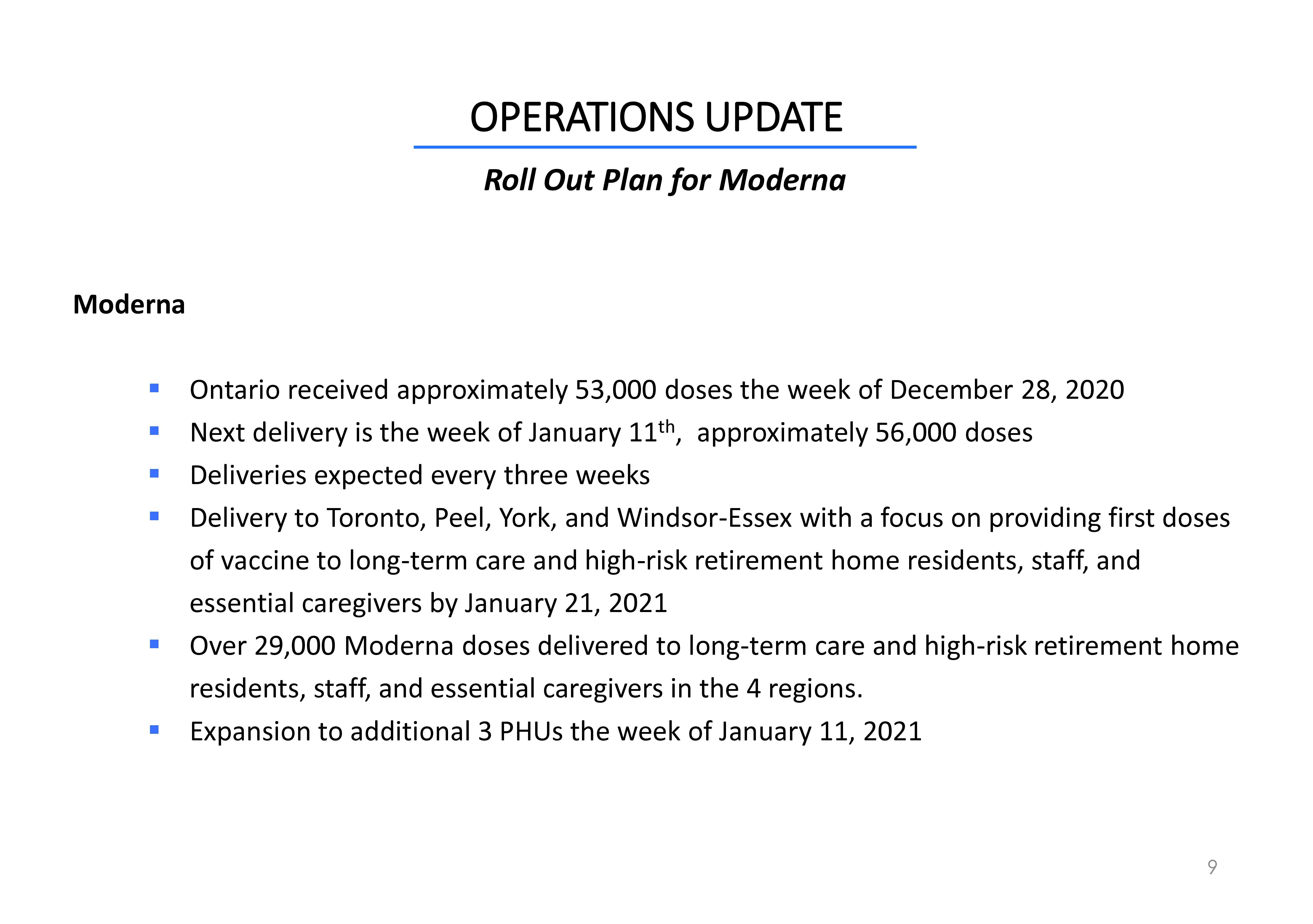 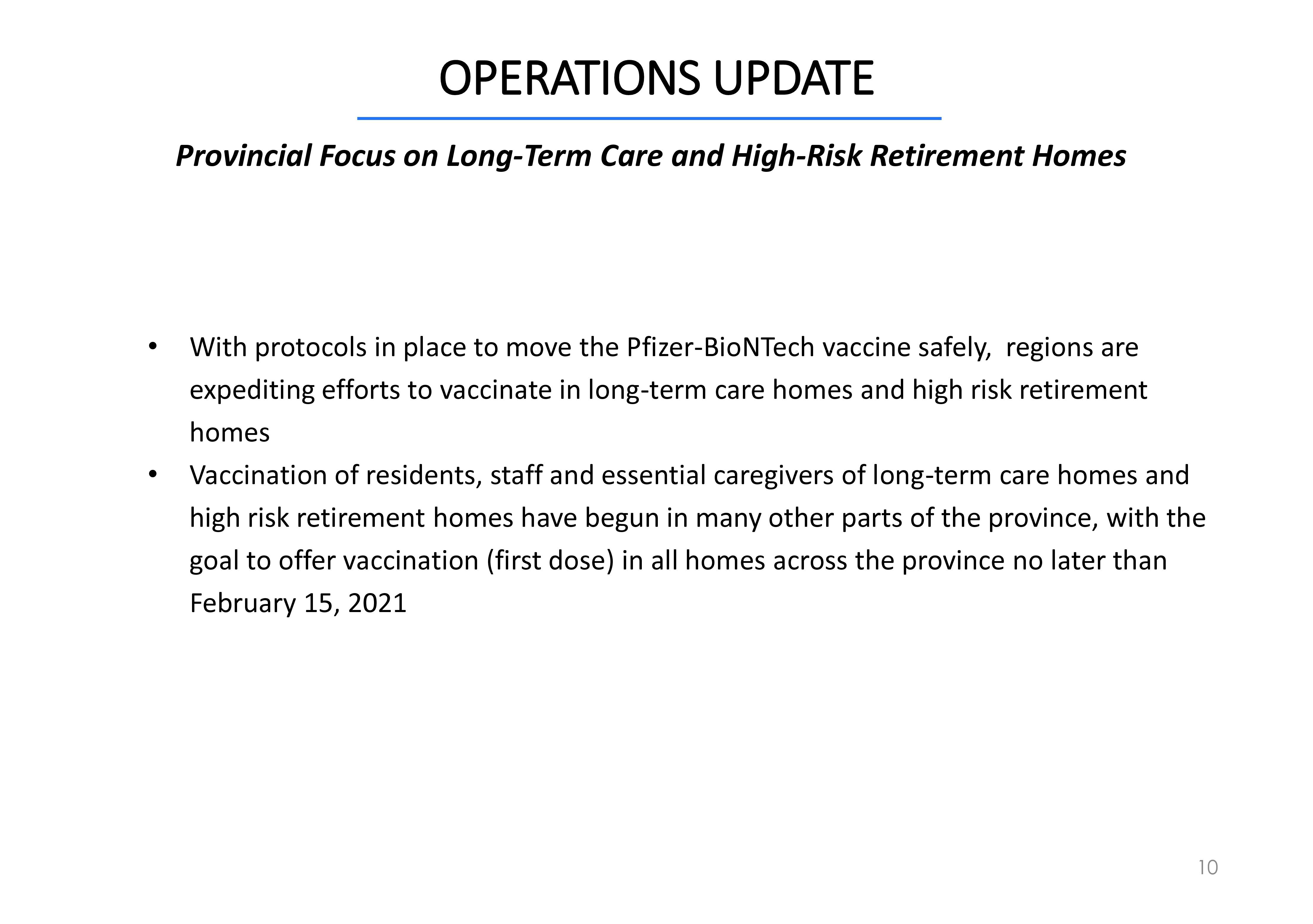 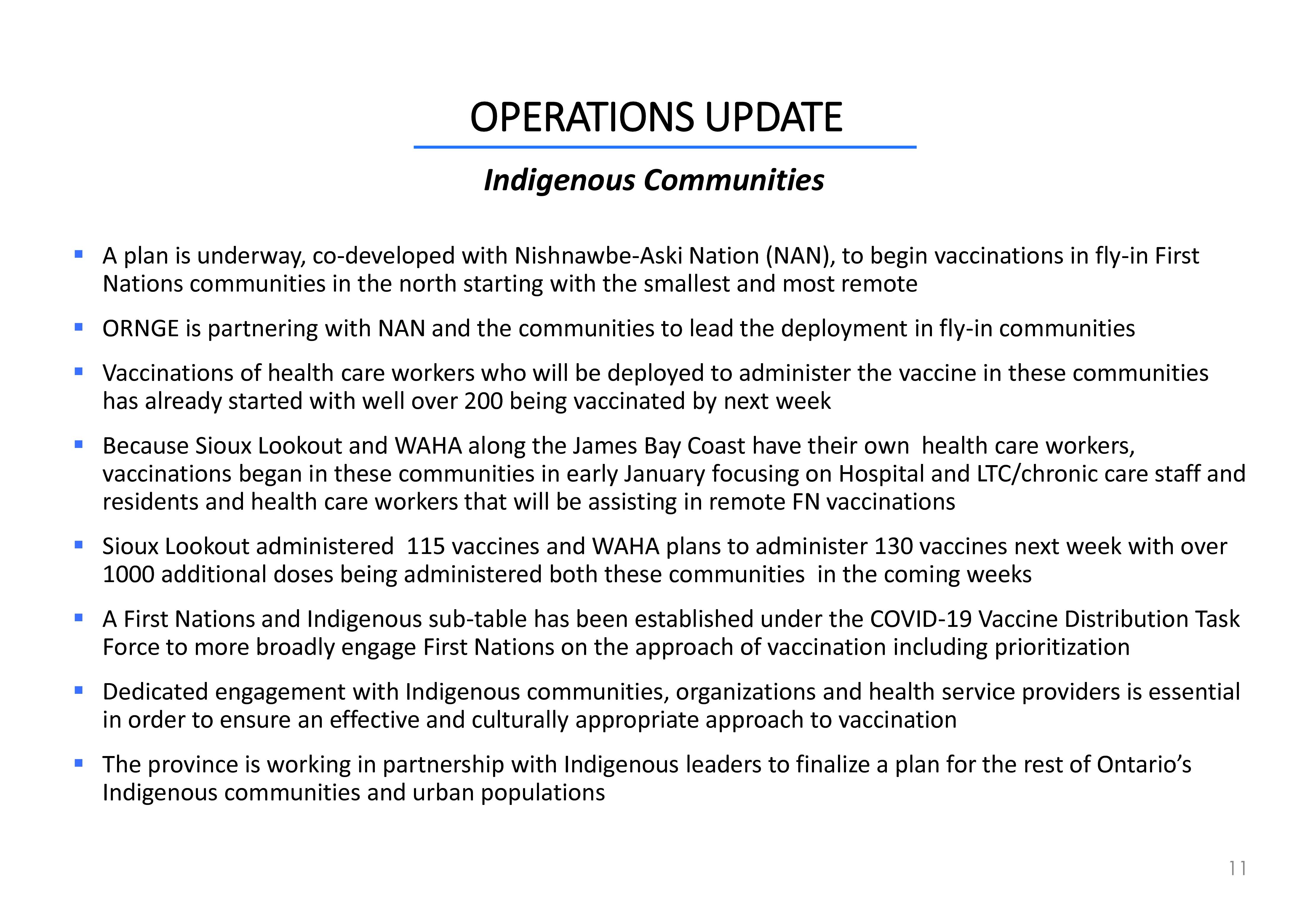 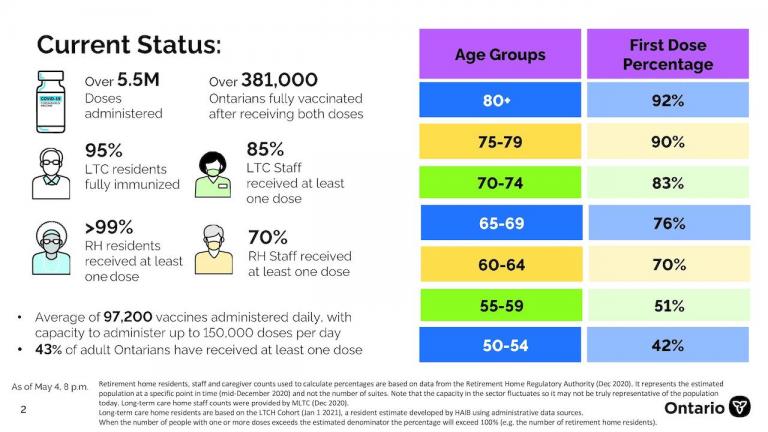