The government has released new information about allocation levels, public education, and next steps. Read the full briefing
By John Michael McGrath - Published on Jan 19, 2021

Ontario’s shipments of the Pfizer-BioNTech vaccine will be reduced by almost half over the coming four weeks, and an 81 per cent reduction in vaccine shipments is expected next week, according to a briefing from government officials on Tuesday.

As the Pfizer vaccine has made up the lion’s share of vaccinations in Ontario (compared with the smaller number of vaccines from Moderna), the government is revising its previous plans for vaccinating vulnerable people in long-term-care and retirement homes.

To address the shortage of Pfizer doses, the government will allow people who have already received one dose of the vaccine but don’t work in a high-risk setting to go as long as 42 days without receiving their second dose. Residents of LTC and retirement homes will still receive their second doses after the prescribed 21-day interval.

Pfizer’s shipments of the vaccine are expected to return to normal levels by the end of February.

However, shortly after the provincial briefing ended, the federal government announced that Pfizer had already changed the delivery schedule again: Canada will receive zero new doses the week of January 25.

Premier Doug Ford urged the federal government to further press Pfizer for more shipments of the vaccine. “I'd be up that guy's ying-yang so far with a firecracker, he wouldn't know what hit him,” the premier said. 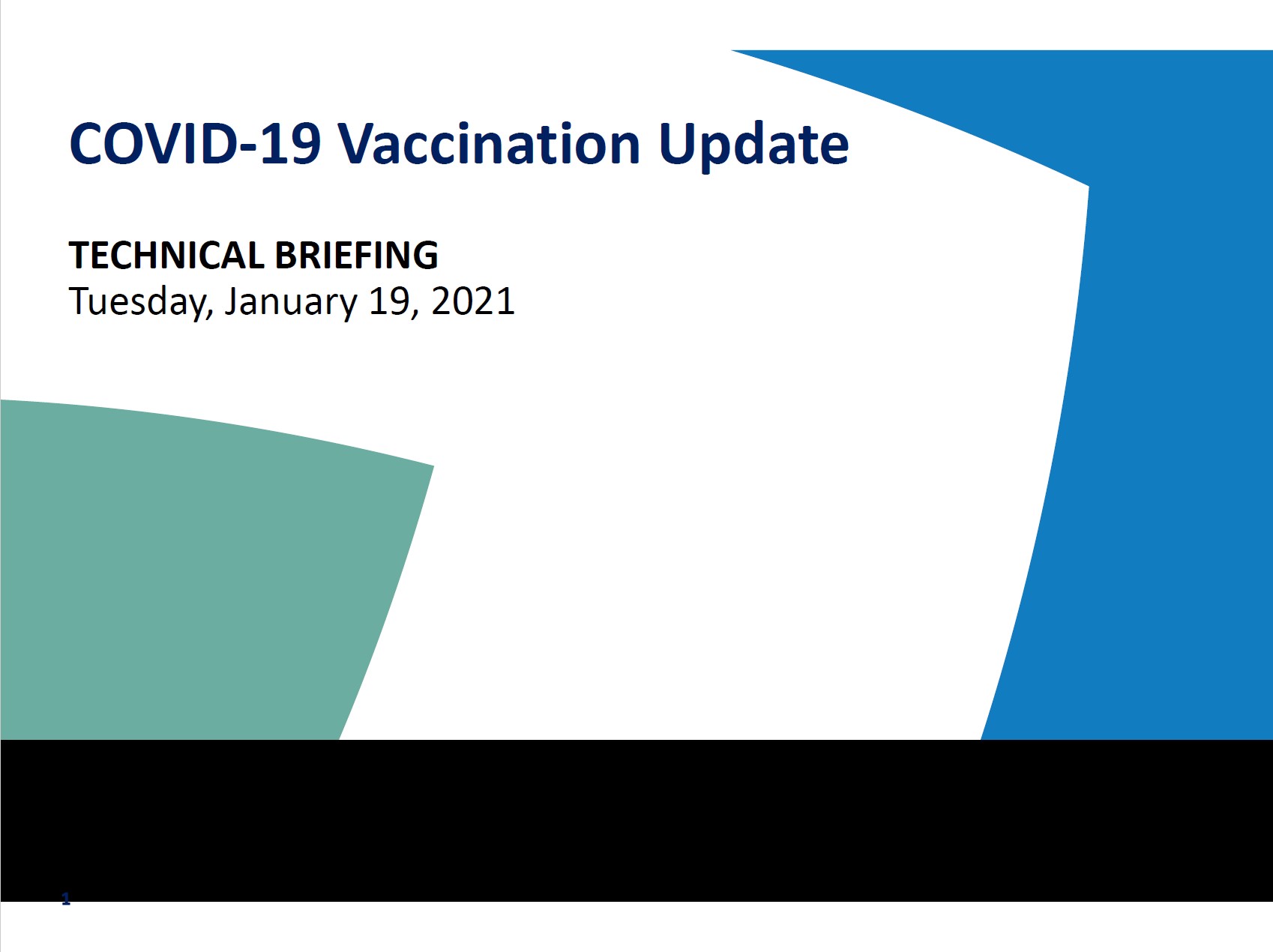 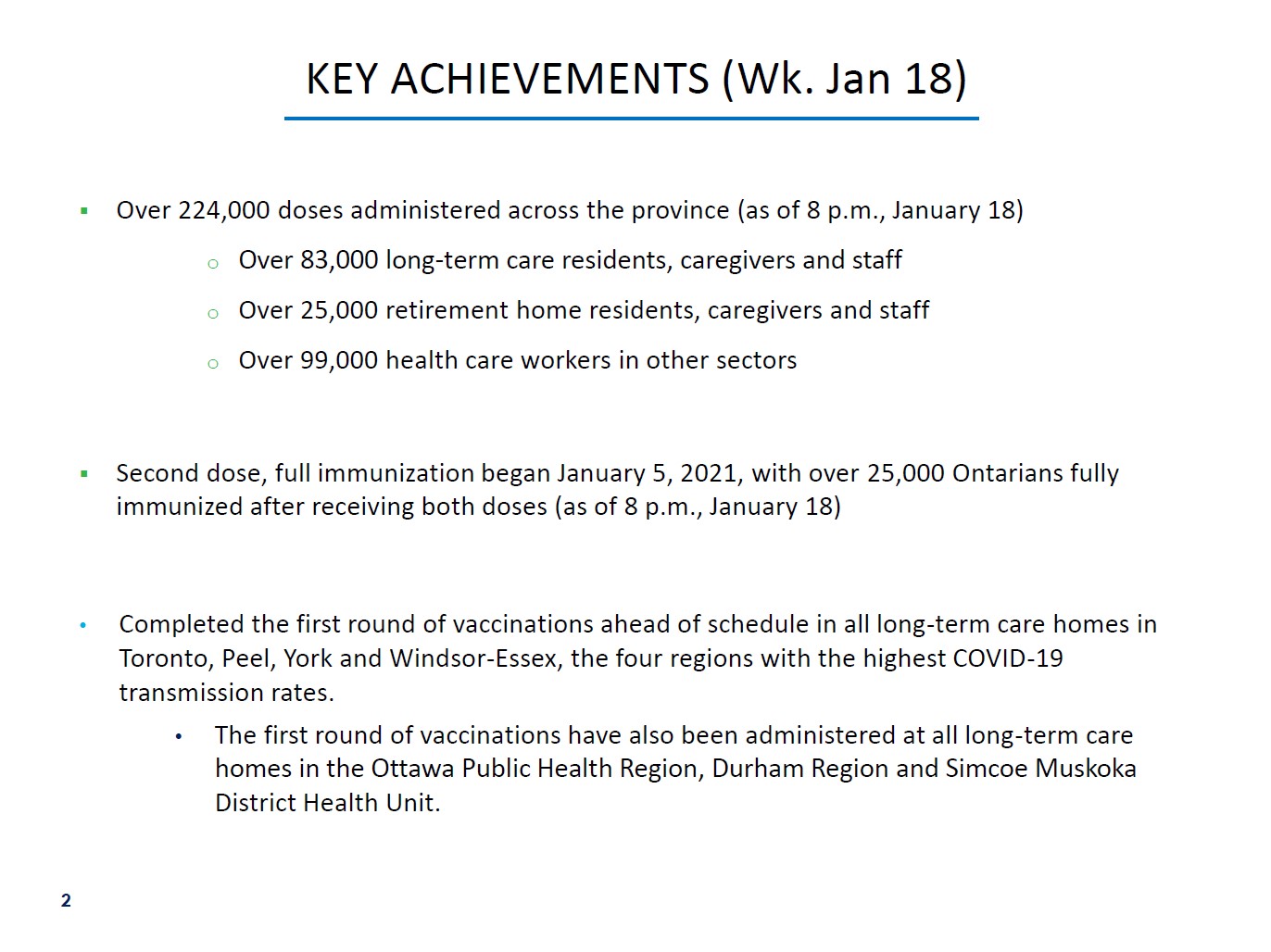 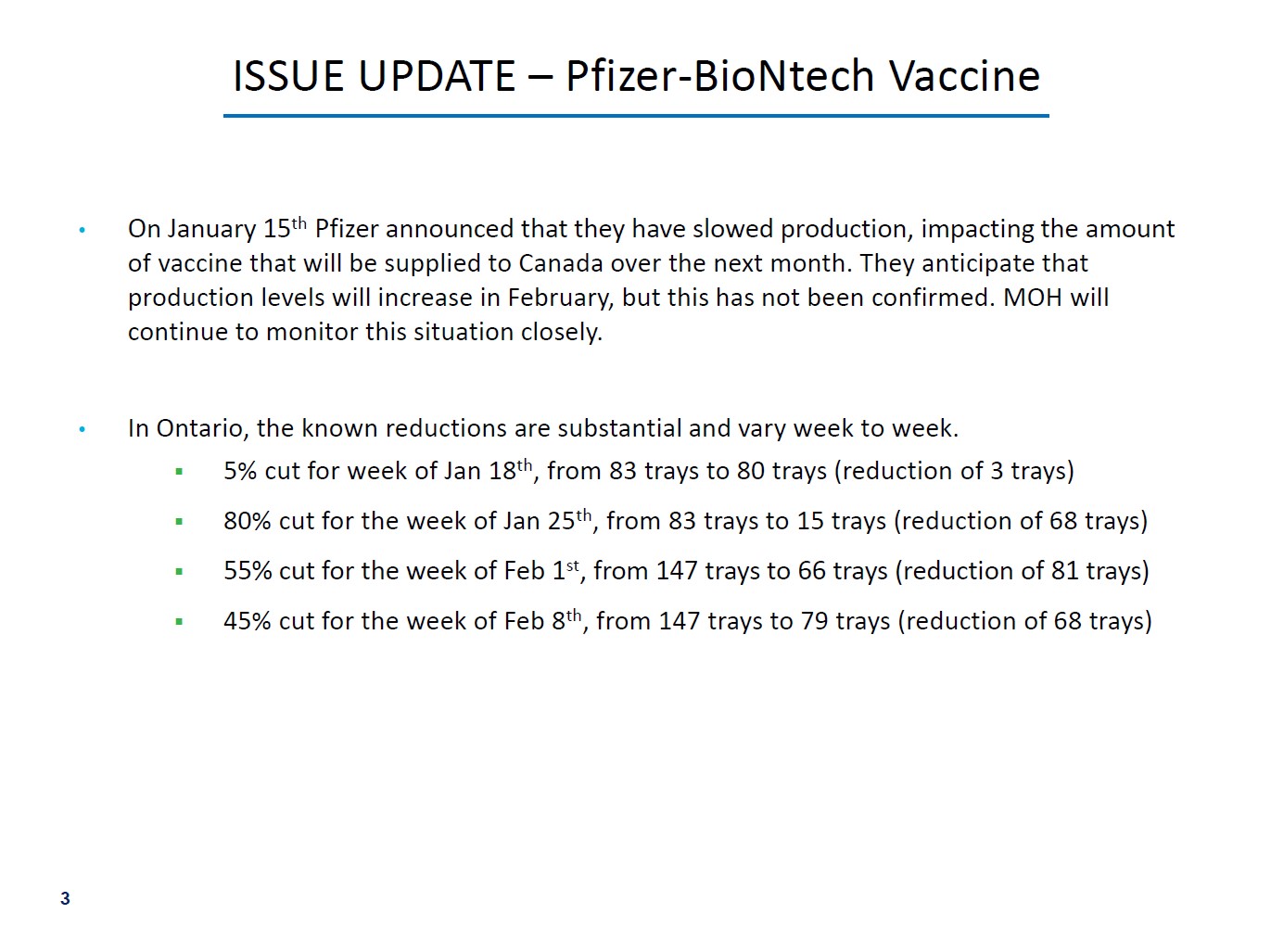 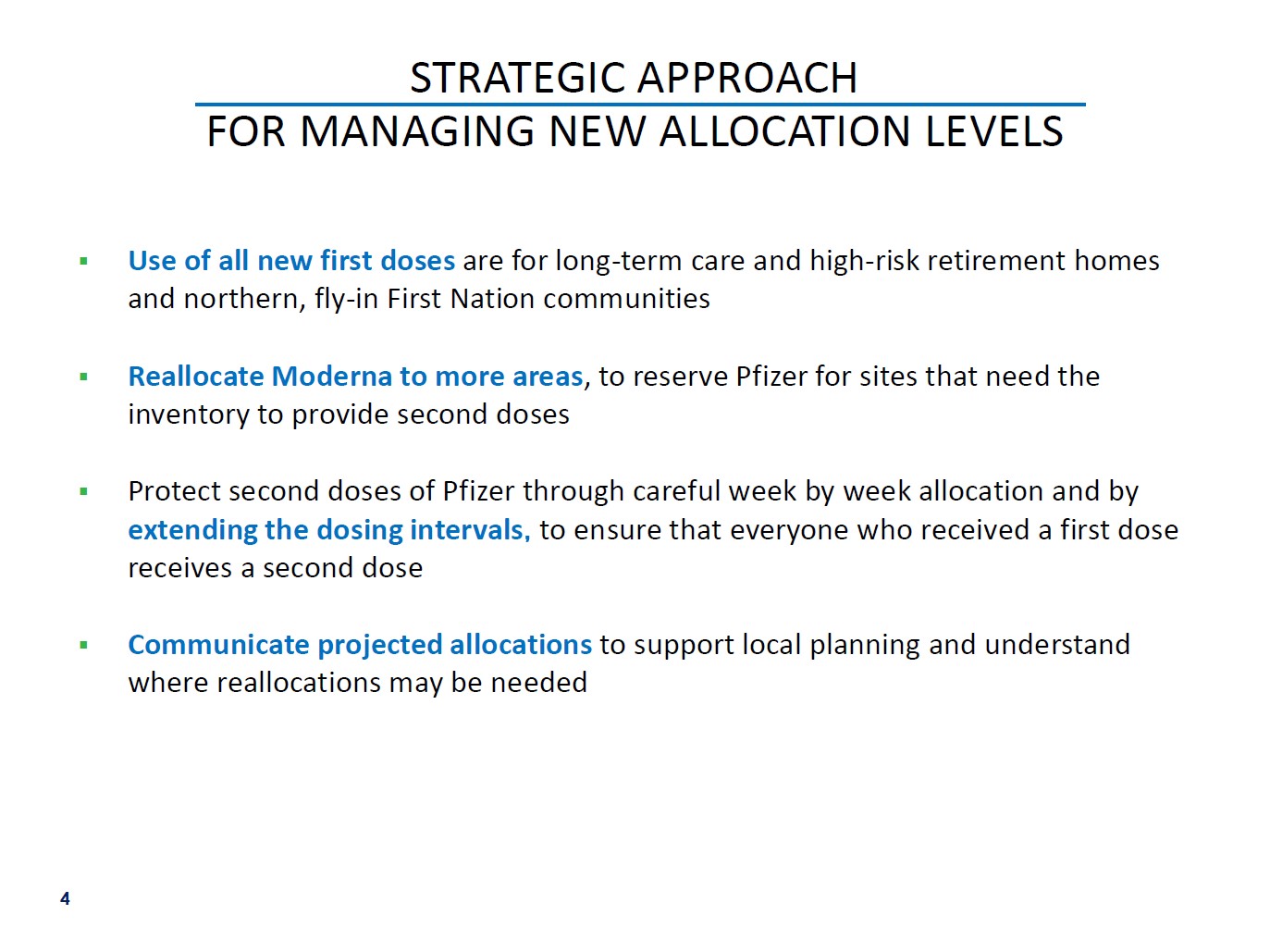 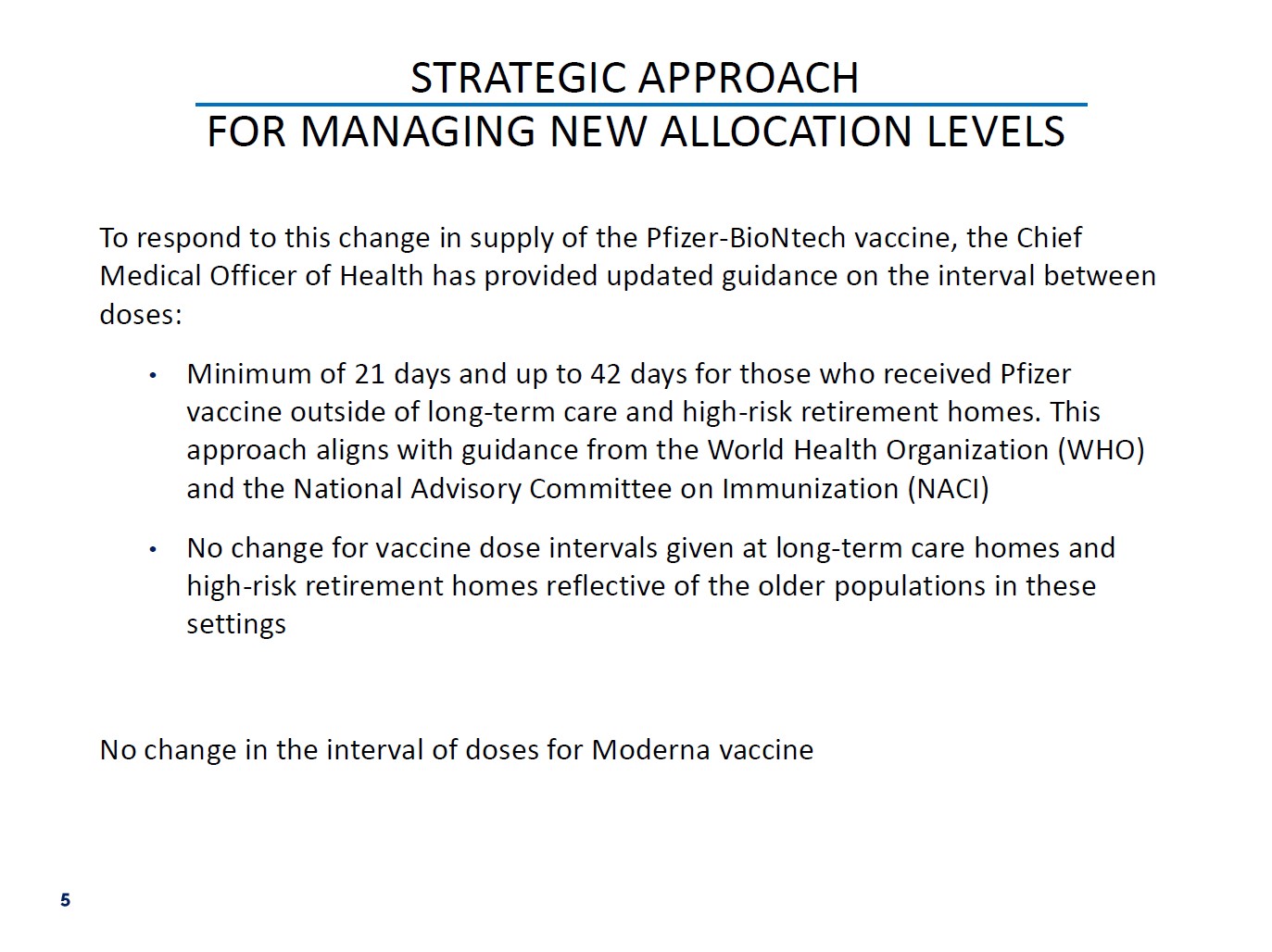 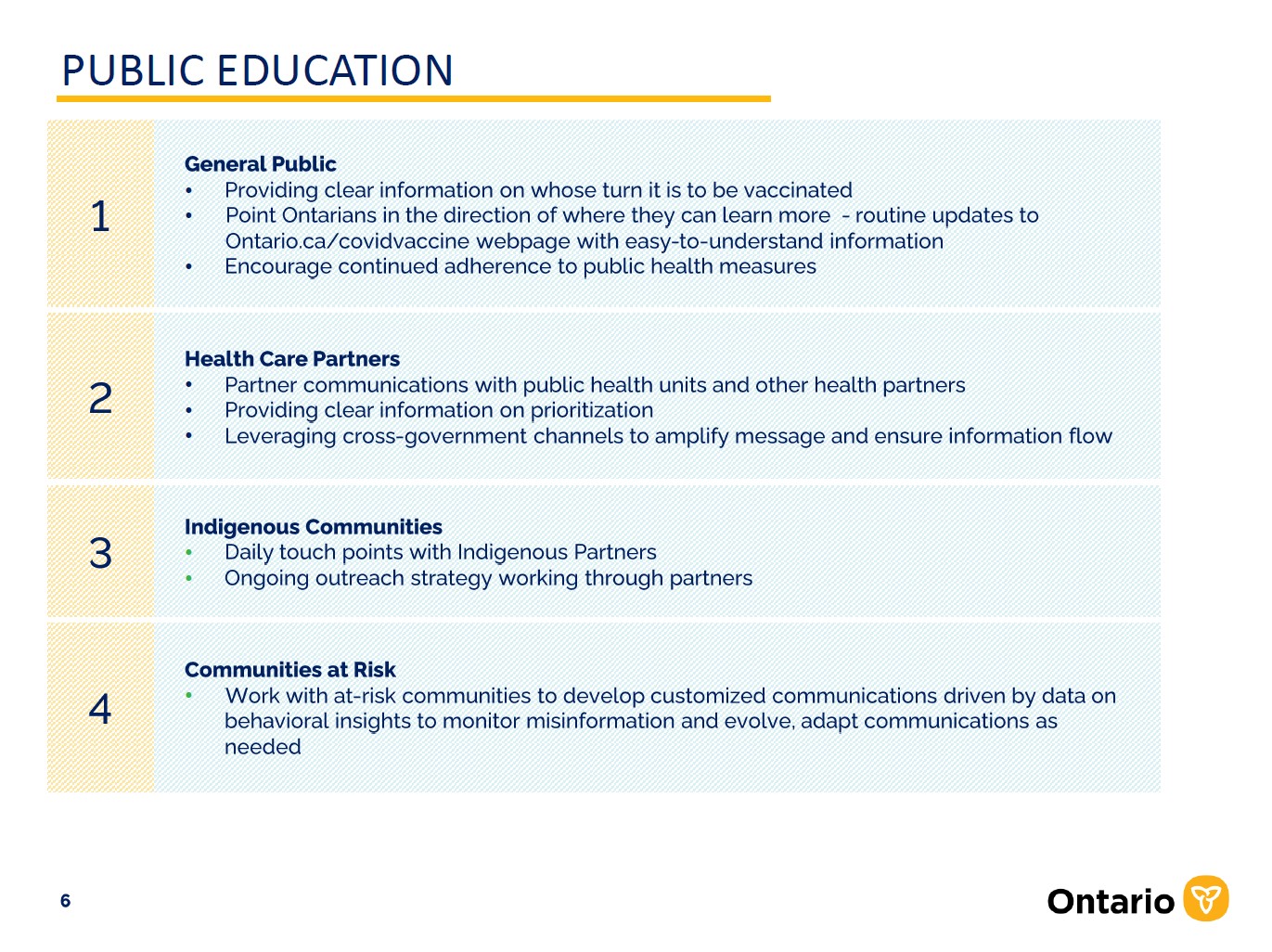 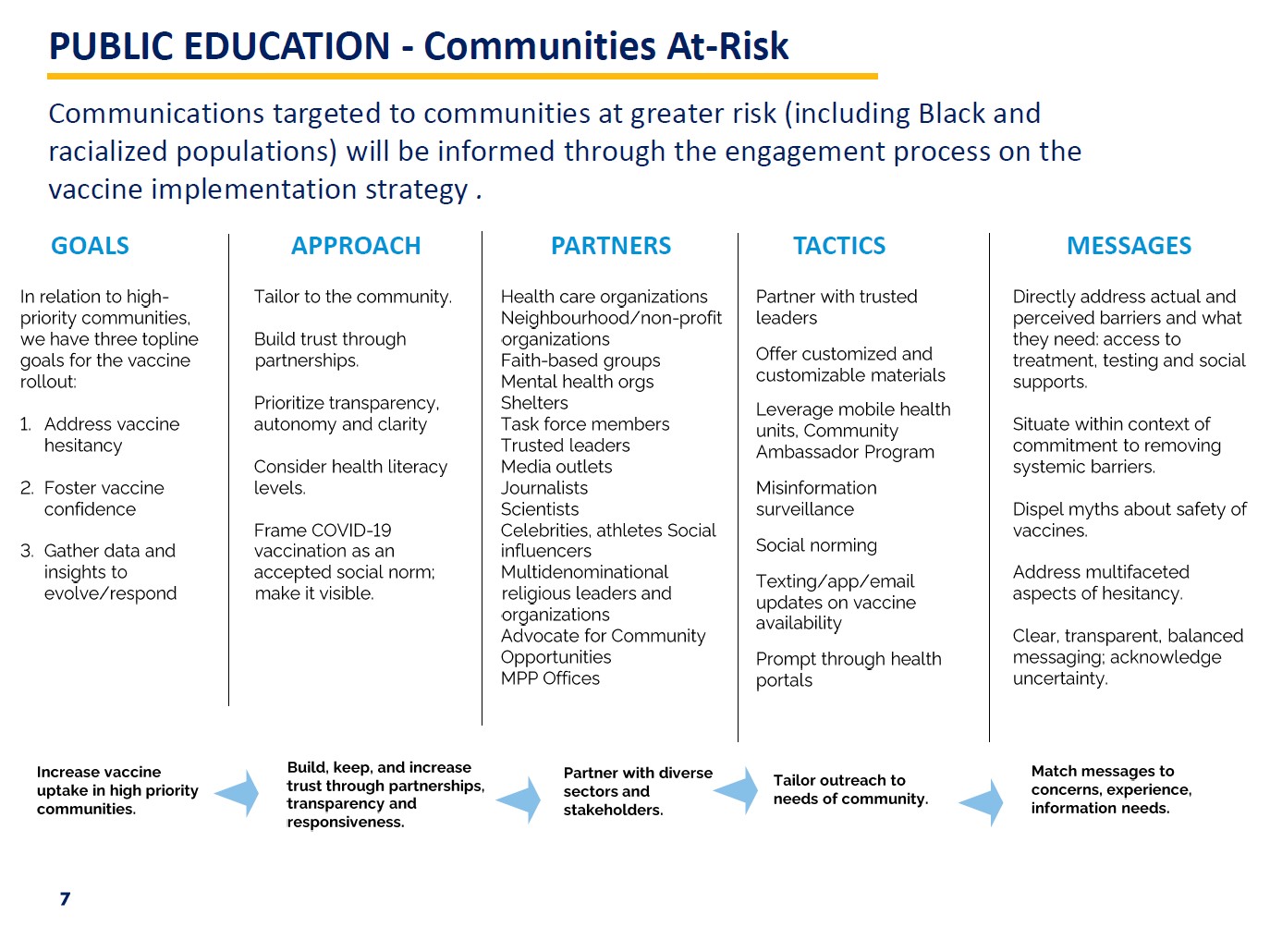 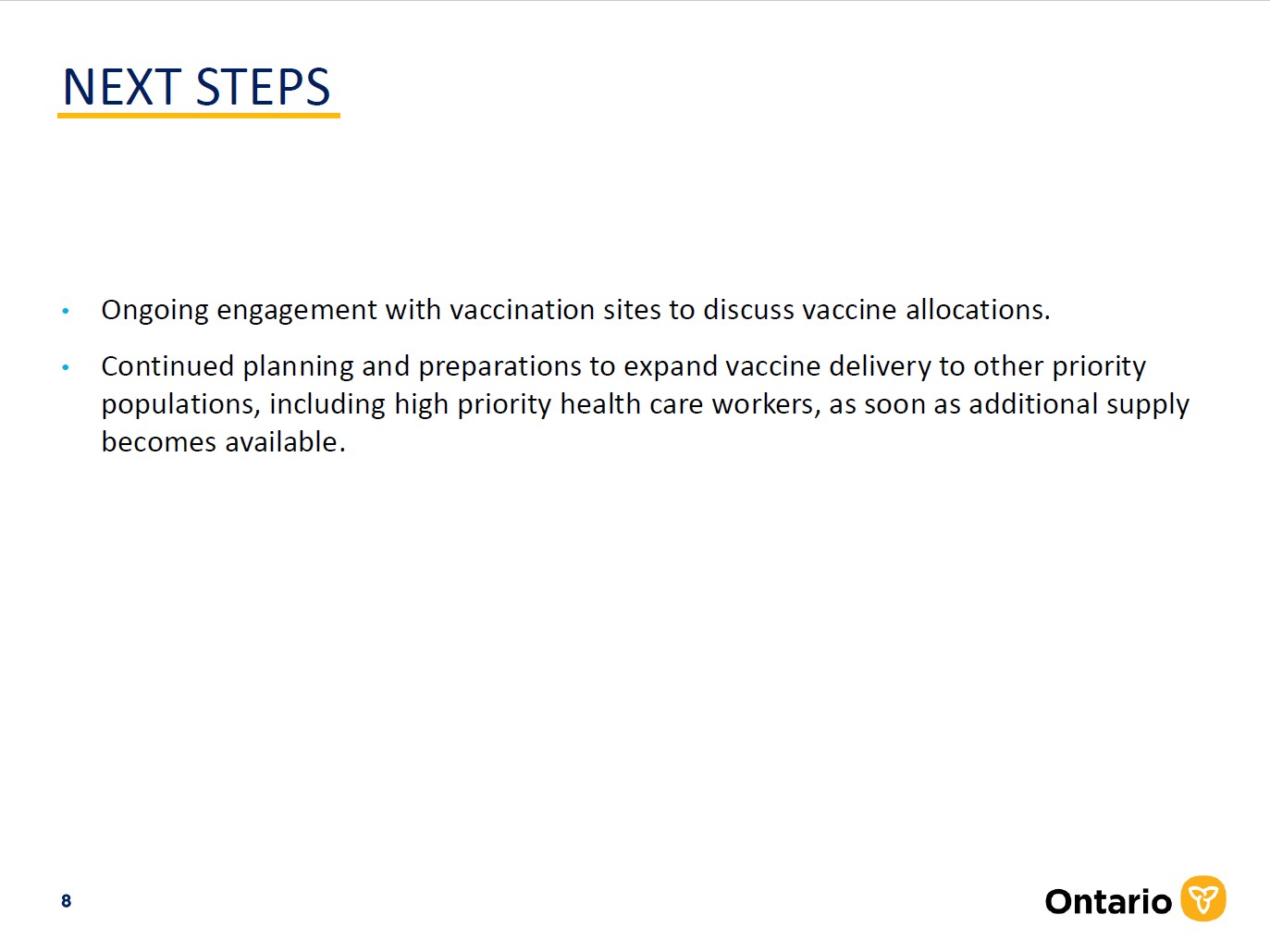