According to the government’s latest briefing, more hot spots and age groups will be getting accelerated access for second shots
By John Michael McGrath - Published on Jun 17, 2021

Anyone in Ontario who is 18 years or older and received their first dose of either Pfizer or Moderna on or before May 9, 2021, will be eligible to book a second dose starting June 21. That’s one week after people in seven specific public-health units most affected by the Delta variant were allowed to start registering on the same basis.

The Ontario government will also be expanding the list of Delta hot-spot PHUs to include Hamilton, Durham, and Simcoe-Muskoka, starting June 23; on that day, anyone in the 10 Delta hot spots who received their first dose on or before May 31 will be able to book their second dose.

Provincial officials also said that second-dose eligibility for people provincewide who got their first shots on or after May 10 will also begin June 28 (provided they book at least 28 days after their first shot — or at least eight weeks for those who received AstraZeneca as their first dose.) Eligibility for children 12 to 17, currently scheduled for August, will also be accelerated, though the government didn’t provide additional details. 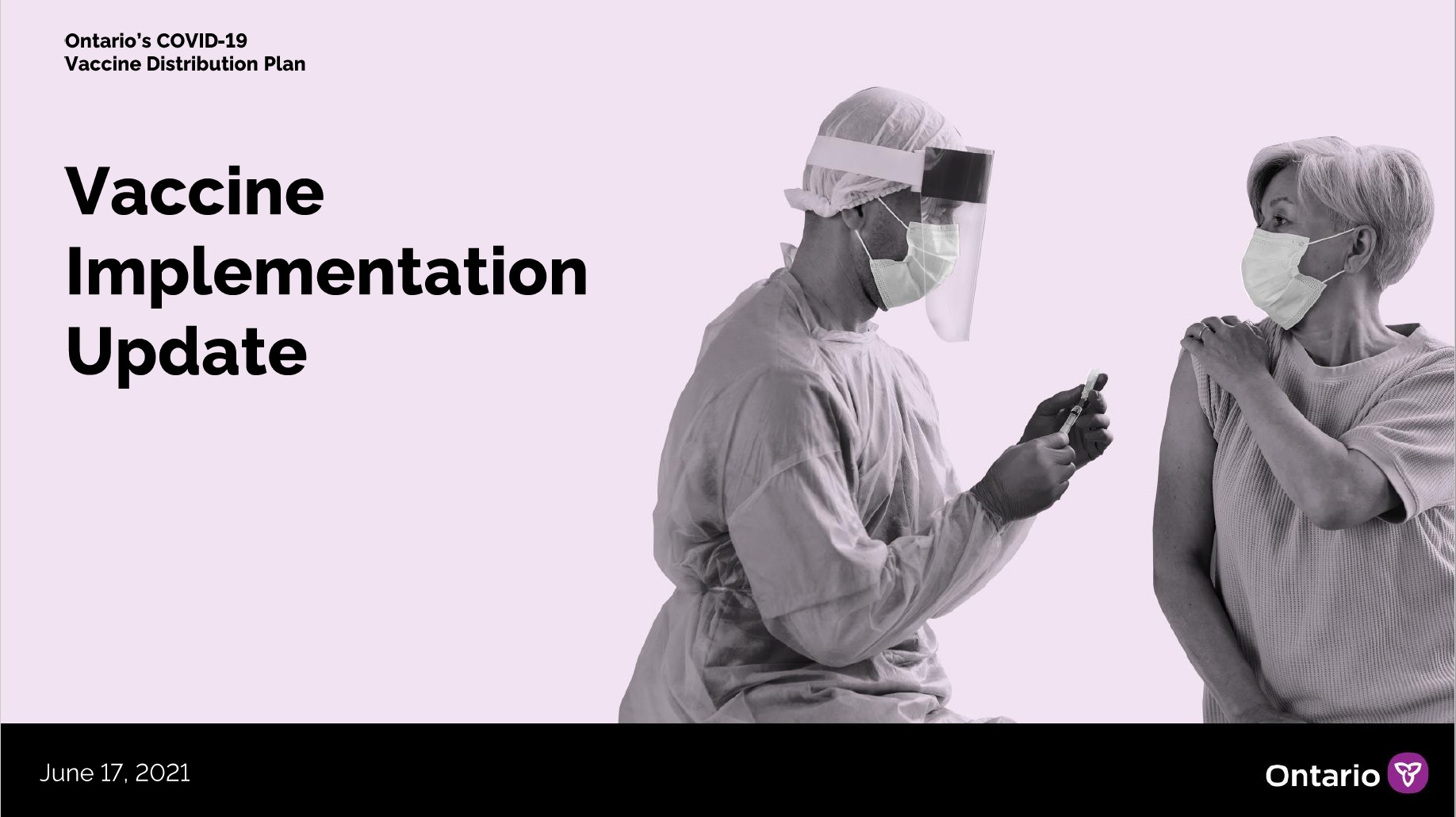 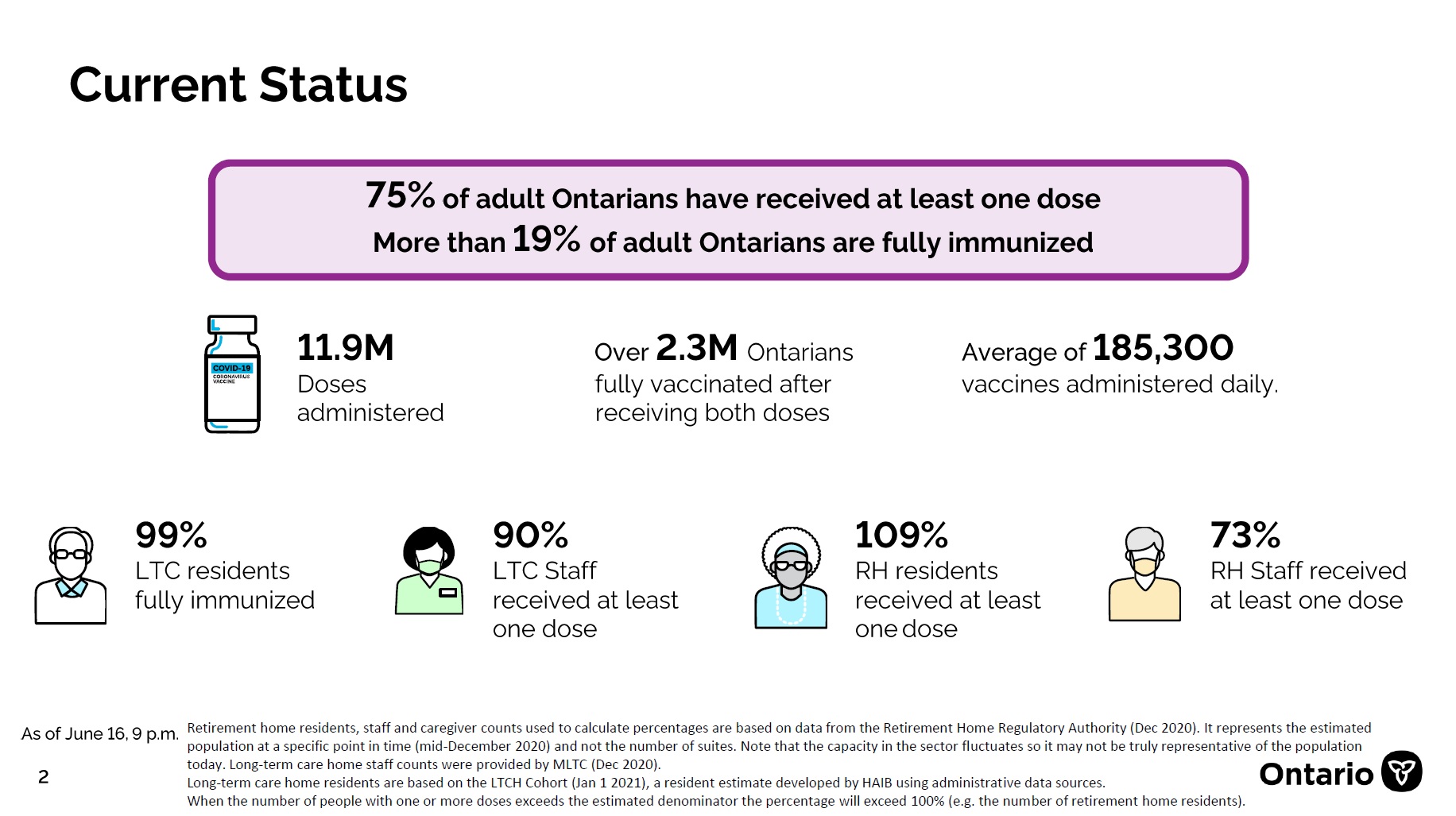 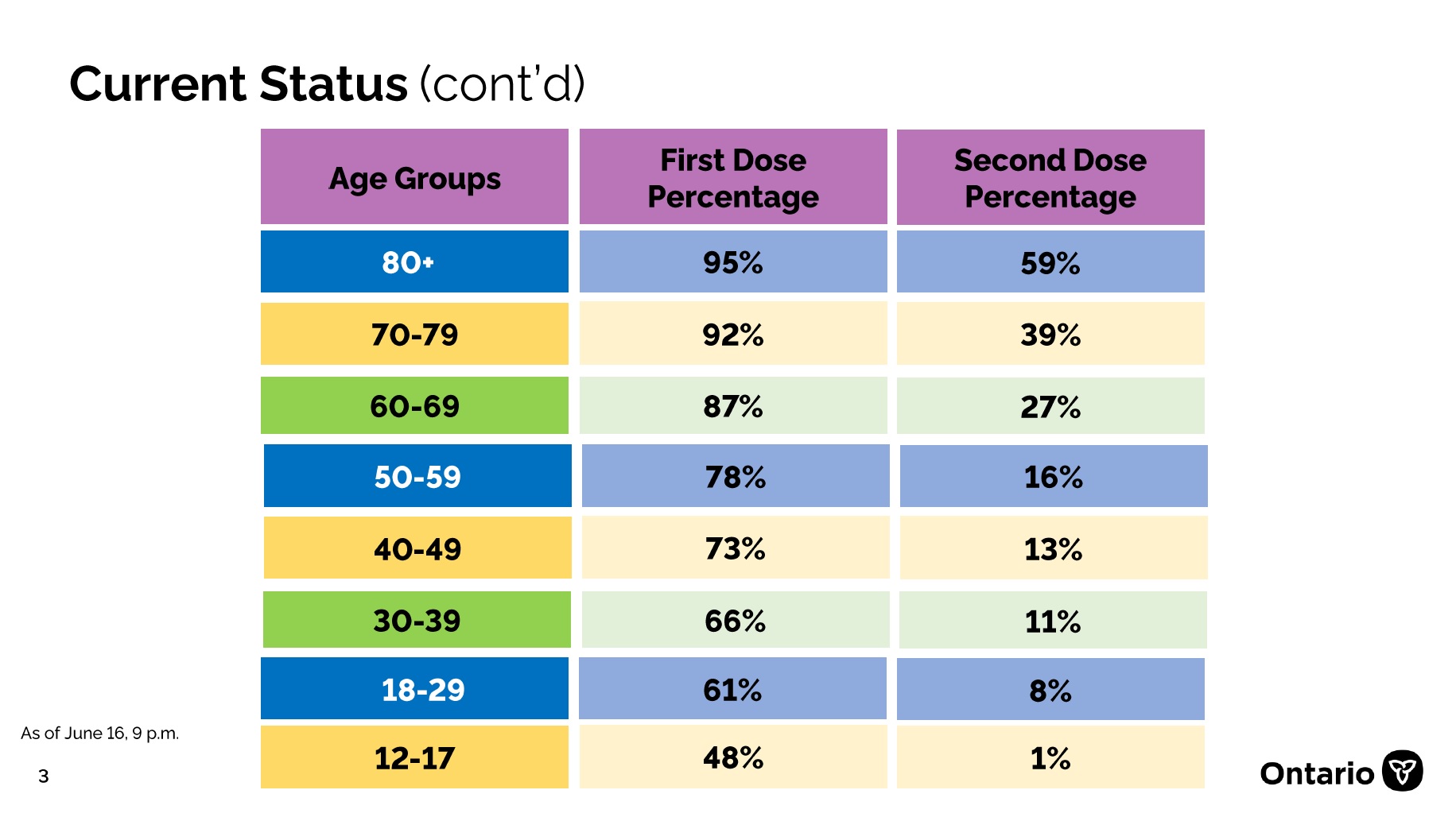 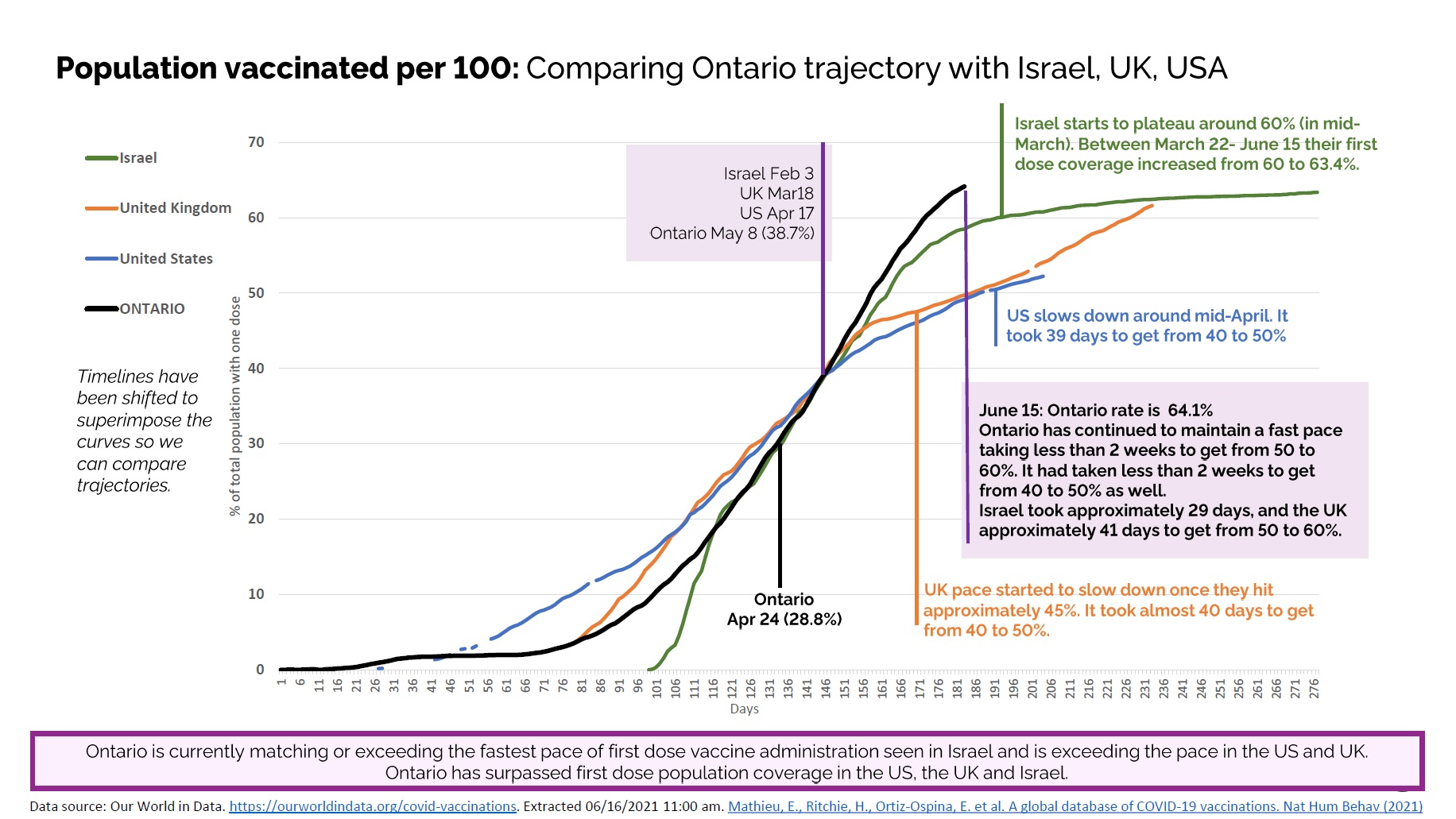 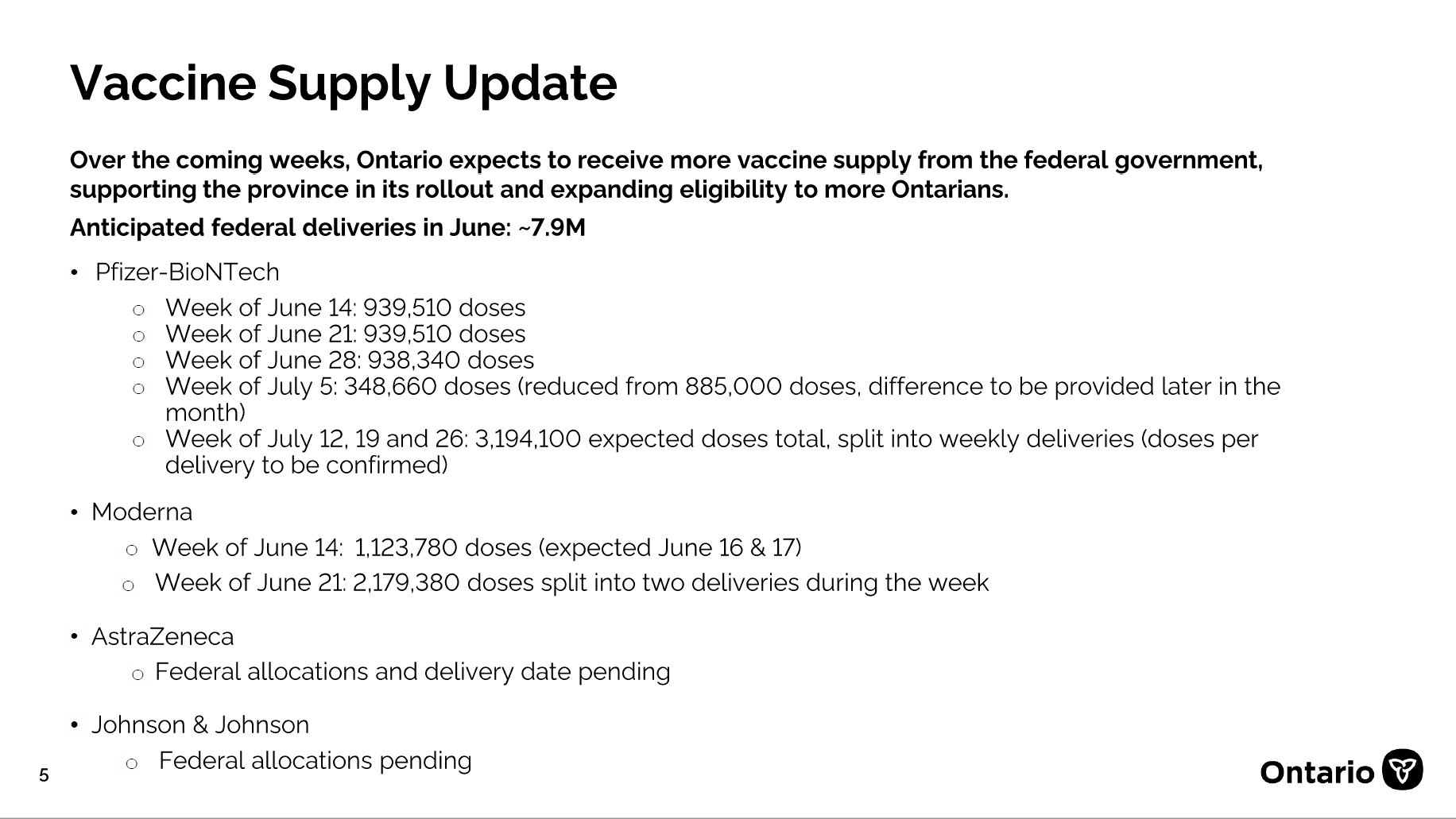 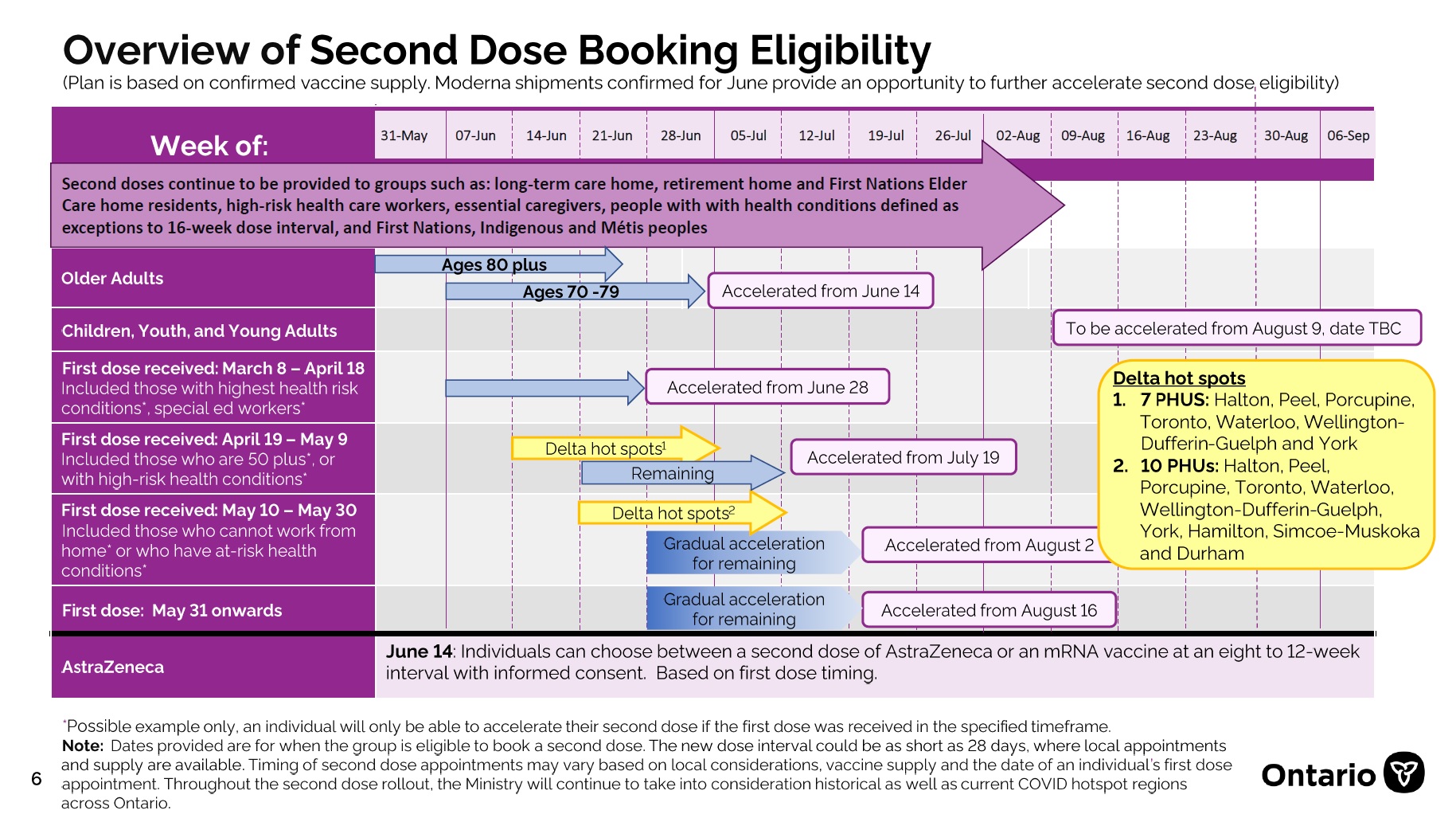 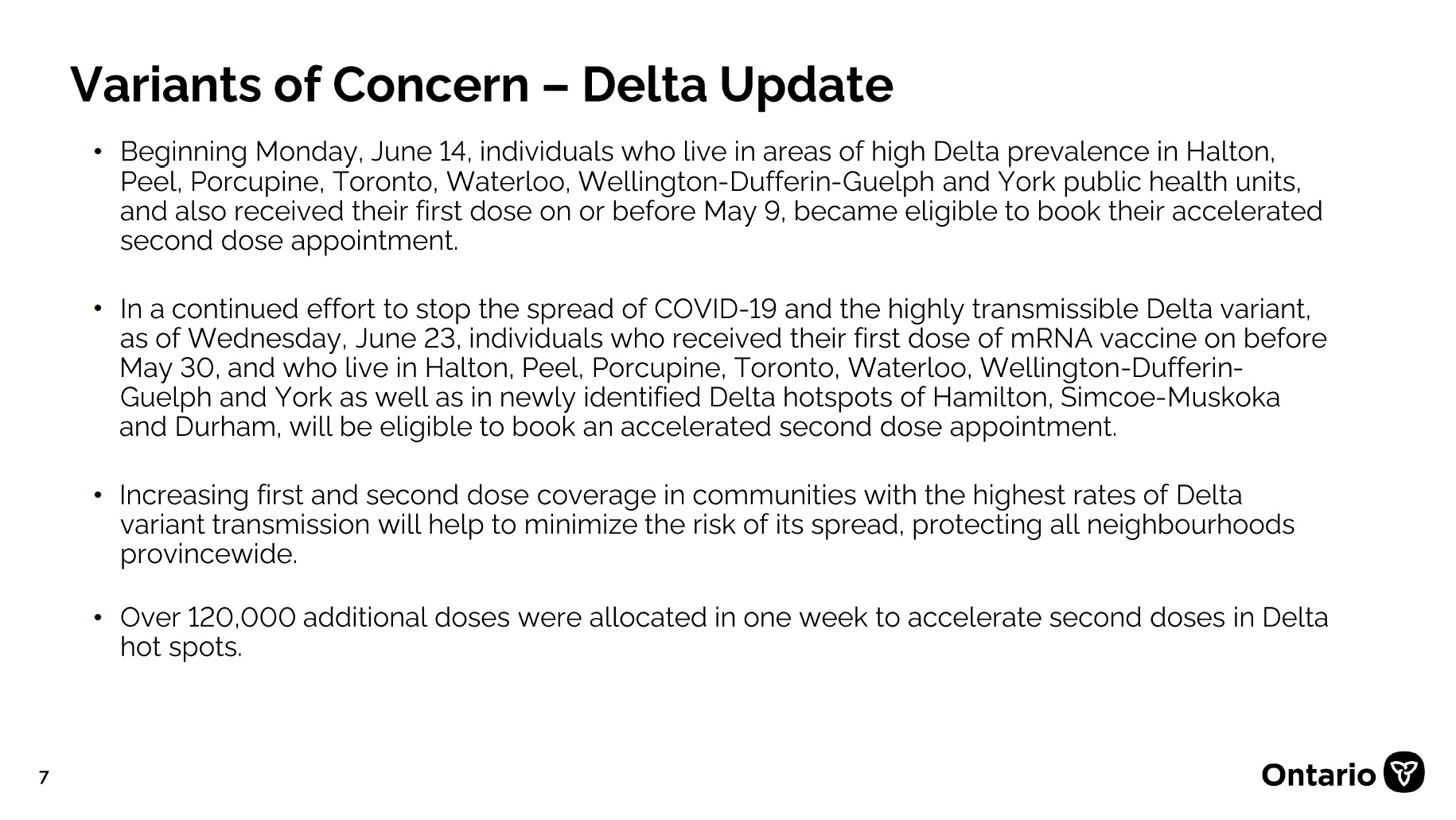 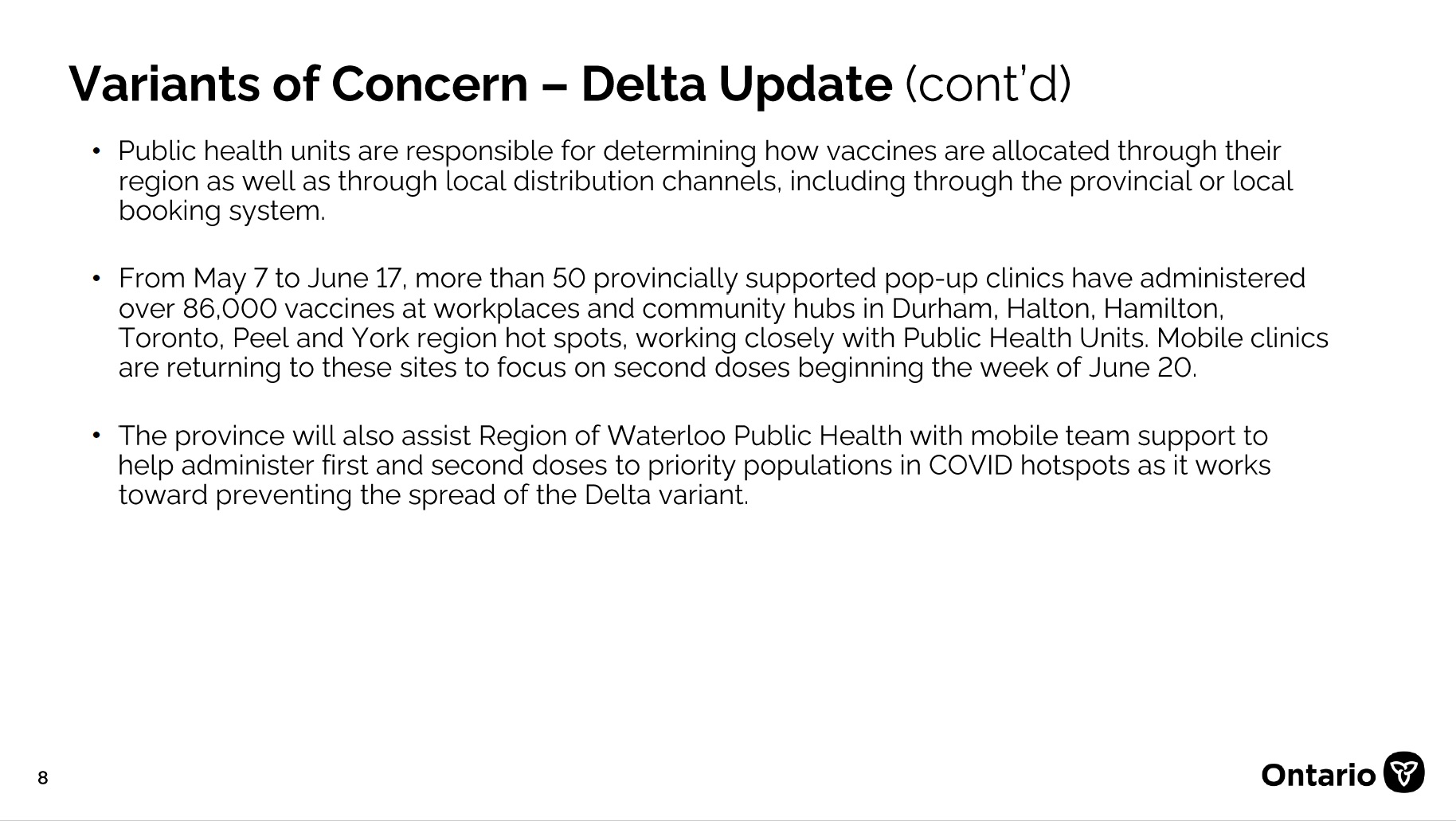 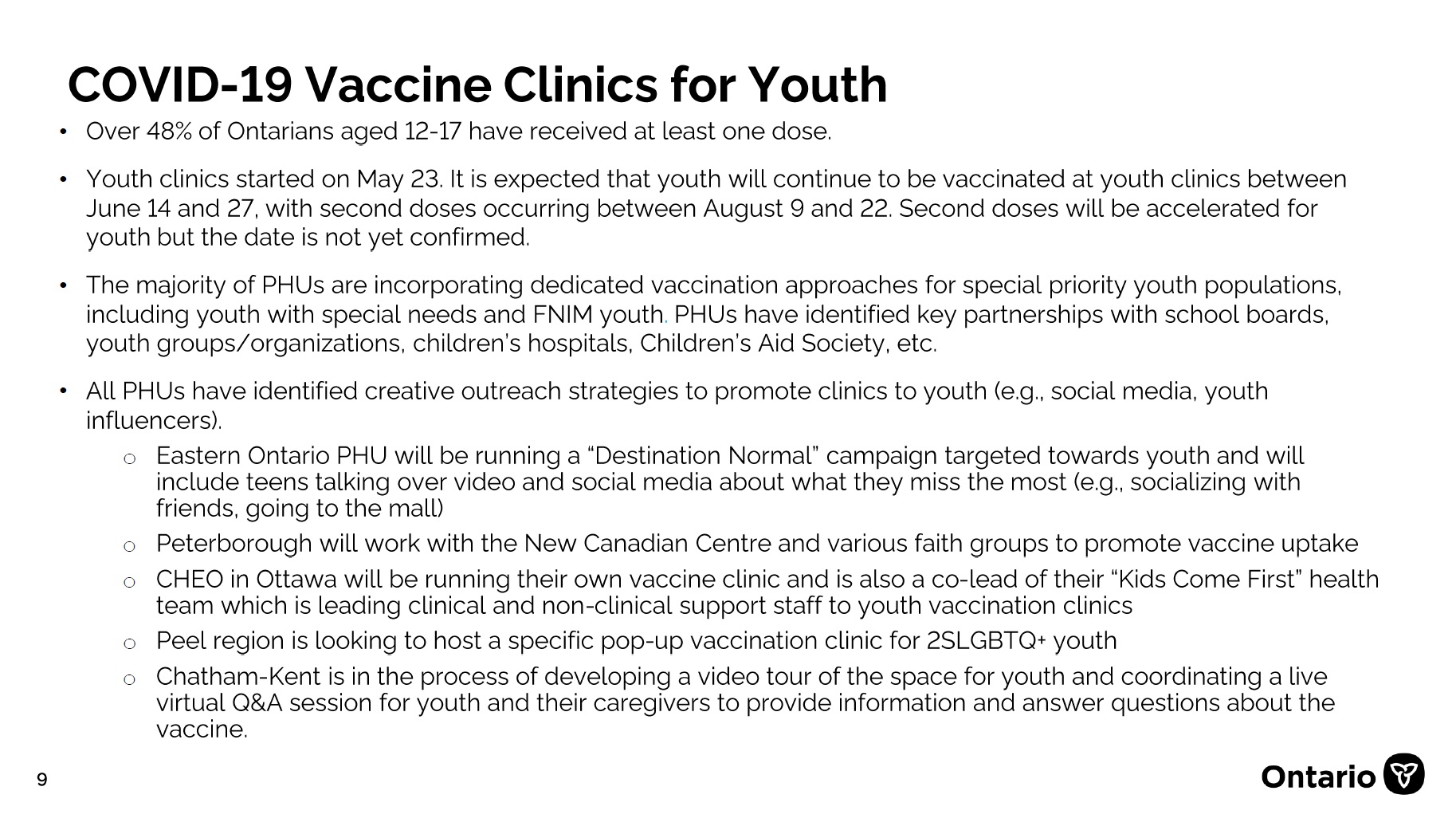 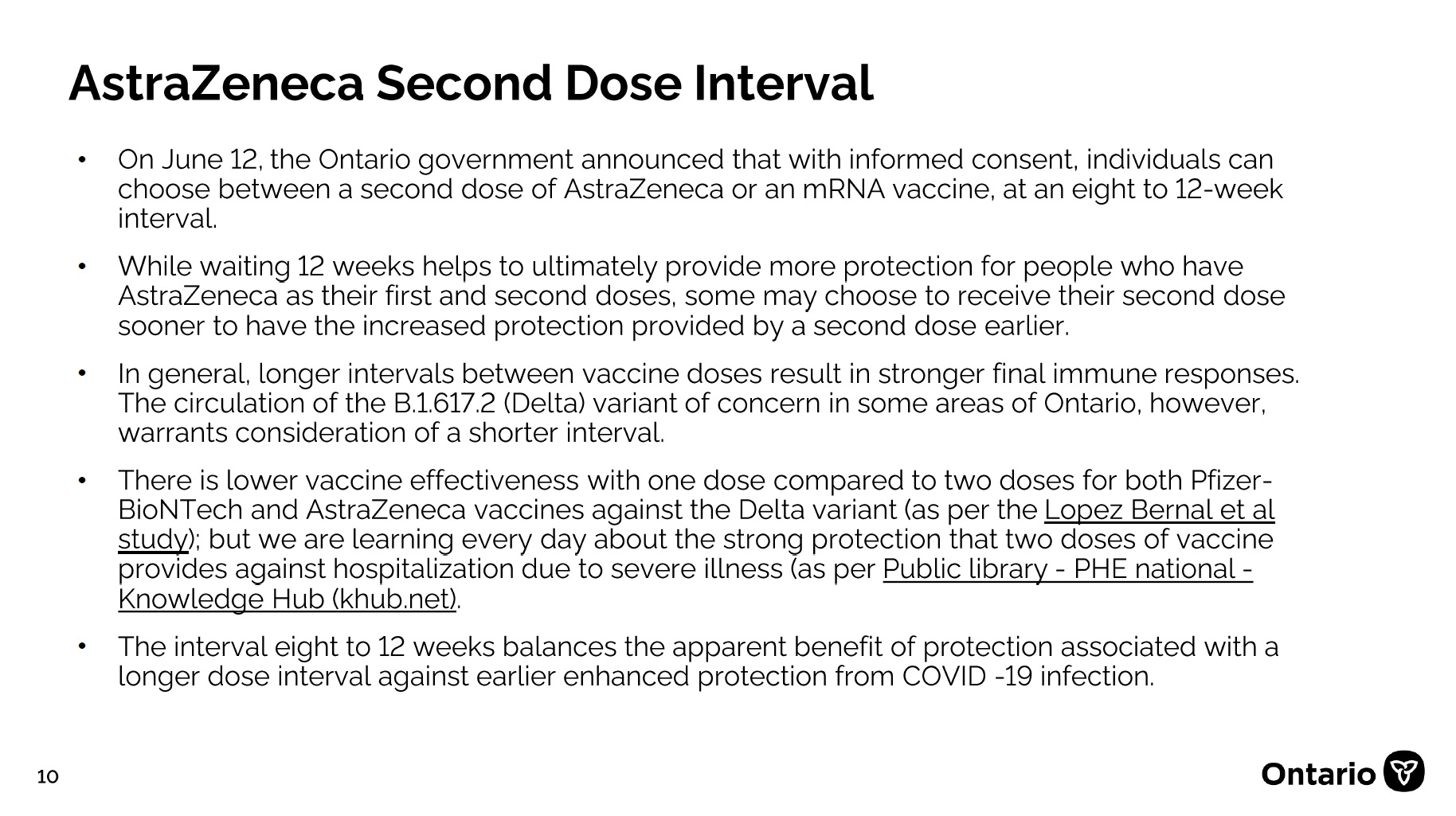 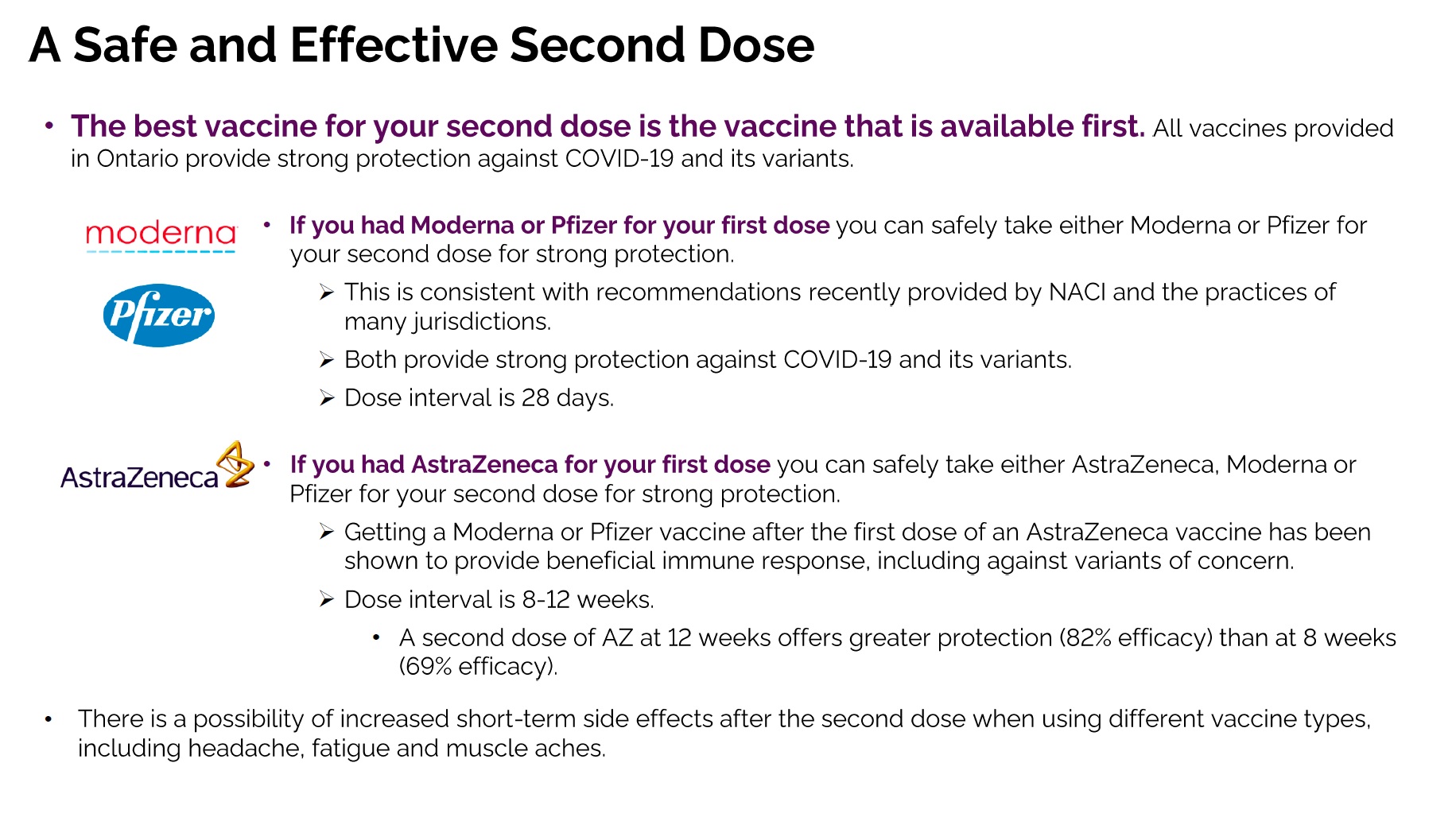 Correction: An earlier version of this article indicated that Ontarians 18 years or older who received their first dose of either Pfizer or Moderna on or before May 9, 2021, will be eligible to book a second dose starting June 23; in fact, they will be eligible on June 21. TVO.org regrets the error.

Coronavirus
COVID-19: What you need to know for July 30

Opinion
The next phase of the pandemic will be different. So we’ll need to read the data differently
John Michael McGrath