The province aims to get more doses out the door faster in order to contain the spread of the so-called Delta variant
By John Michael McGrath - Published on Jun 10, 2021

The province is moving up the eligibility of people who live in parts of Ontario with high numbers of COVID-19 cases — and of Delta-variant cases in particular — and allocating more vaccine doses to those areas in order to try to contain the spread of the new mutation, which numerous experts have warned could lead to a fourth wave of the pandemic in Ontario.

Starting June 14, people who live in Toronto, Peel Region, Porcupine (the public-health unit with the most active cases per capita in Ontario right now), York Region, Halton Region, Waterloo, and Wellington-Dufferin-Guelph will be able to book a second dose if they received their first on or before May 9, 2021.

The vaccines available in Ontario right now are still somewhat effective against the Delta variant after one dose, albeit less so than against previous variants. Second doses are much more effective, and that is driving the province’s emphasis on accelerating the administration of second doses as quickly as possible in places where Delta is believed to be most prevalent.

Ontarians who have received one or both doses outside the province (such as snowbirds who were in the United States during the winter) will also be able to register their vaccinations with their local public-health unit, allowing them to acquire a provincial COVID-19 vaccination receipt. 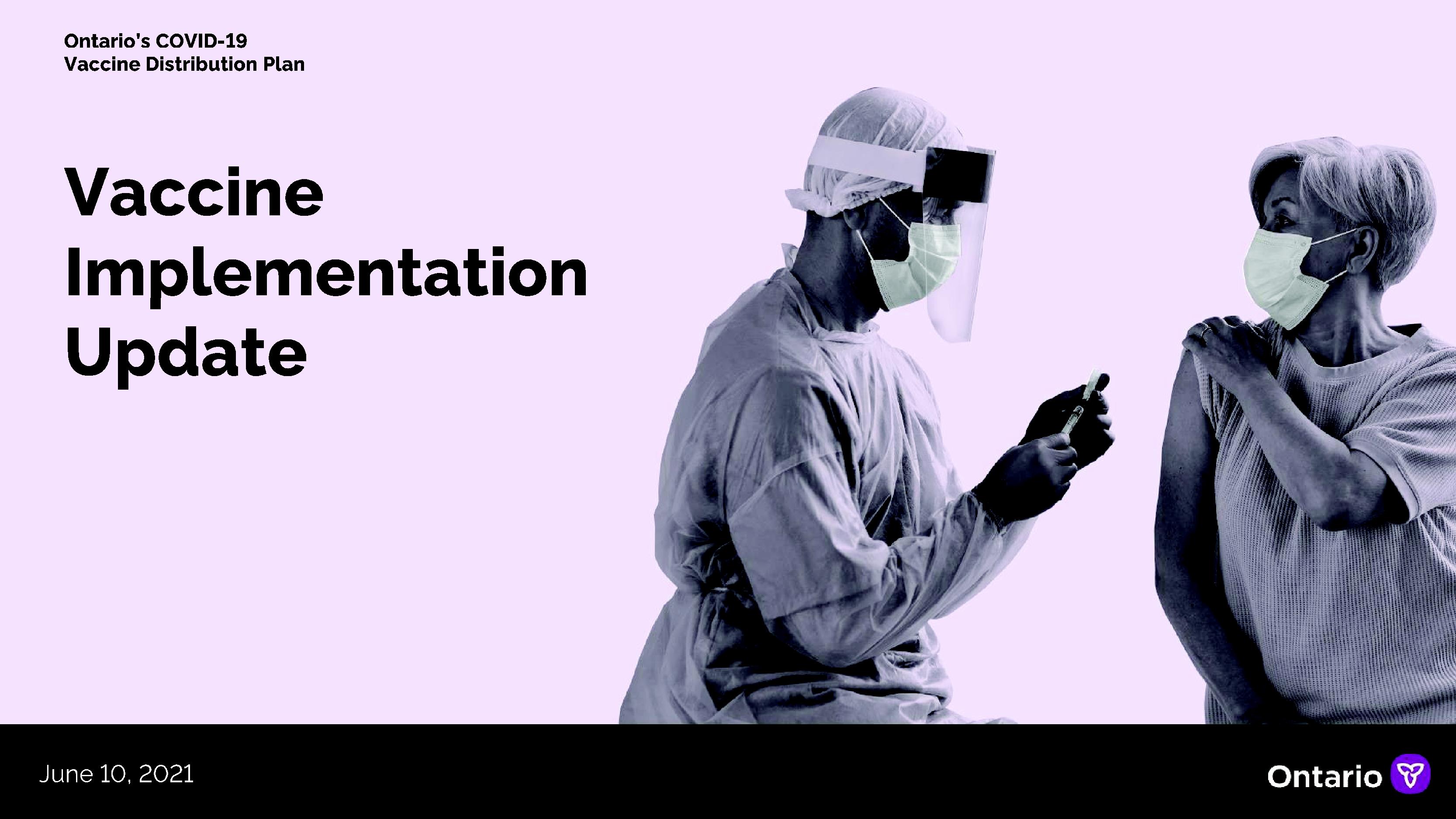 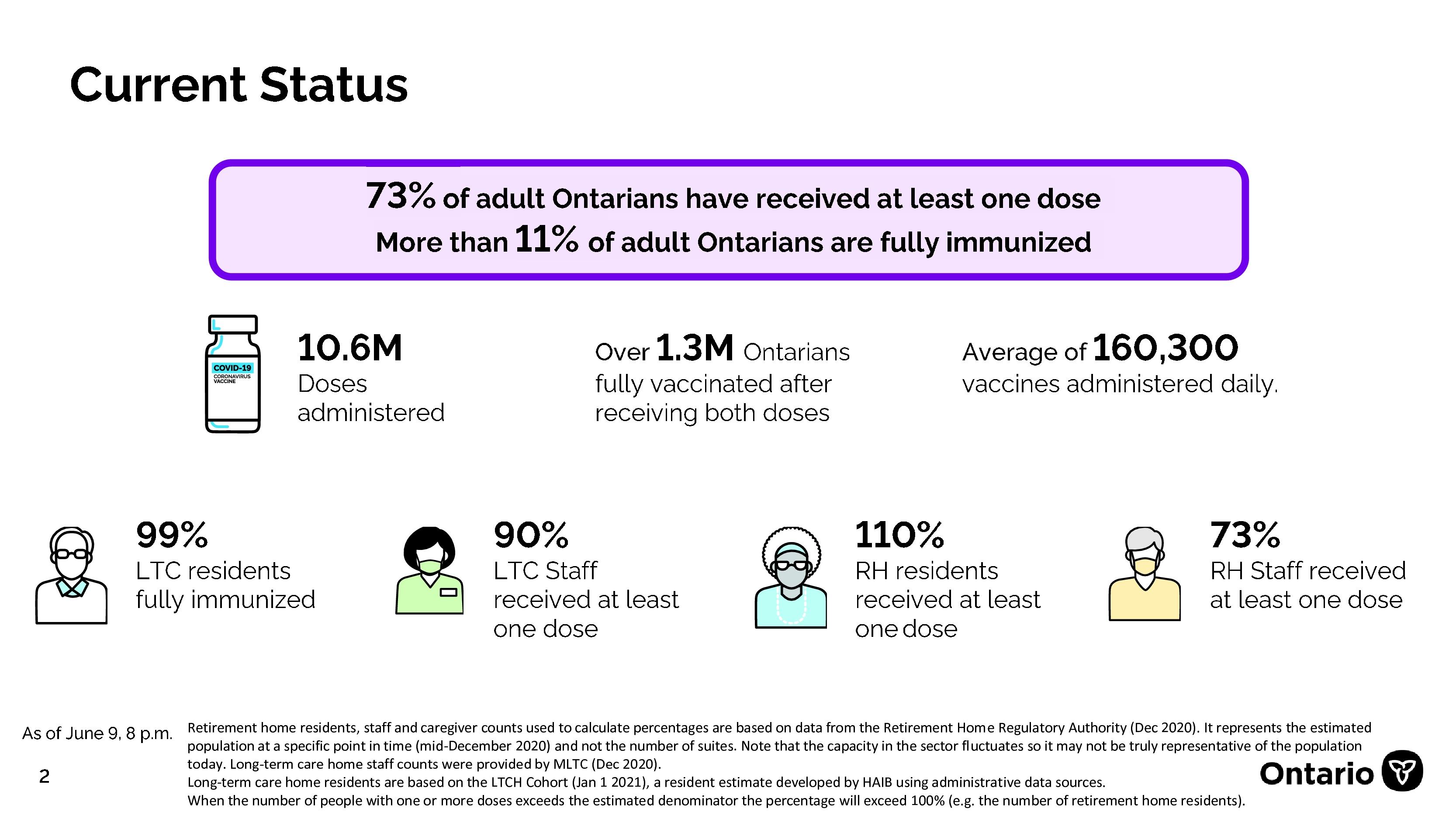 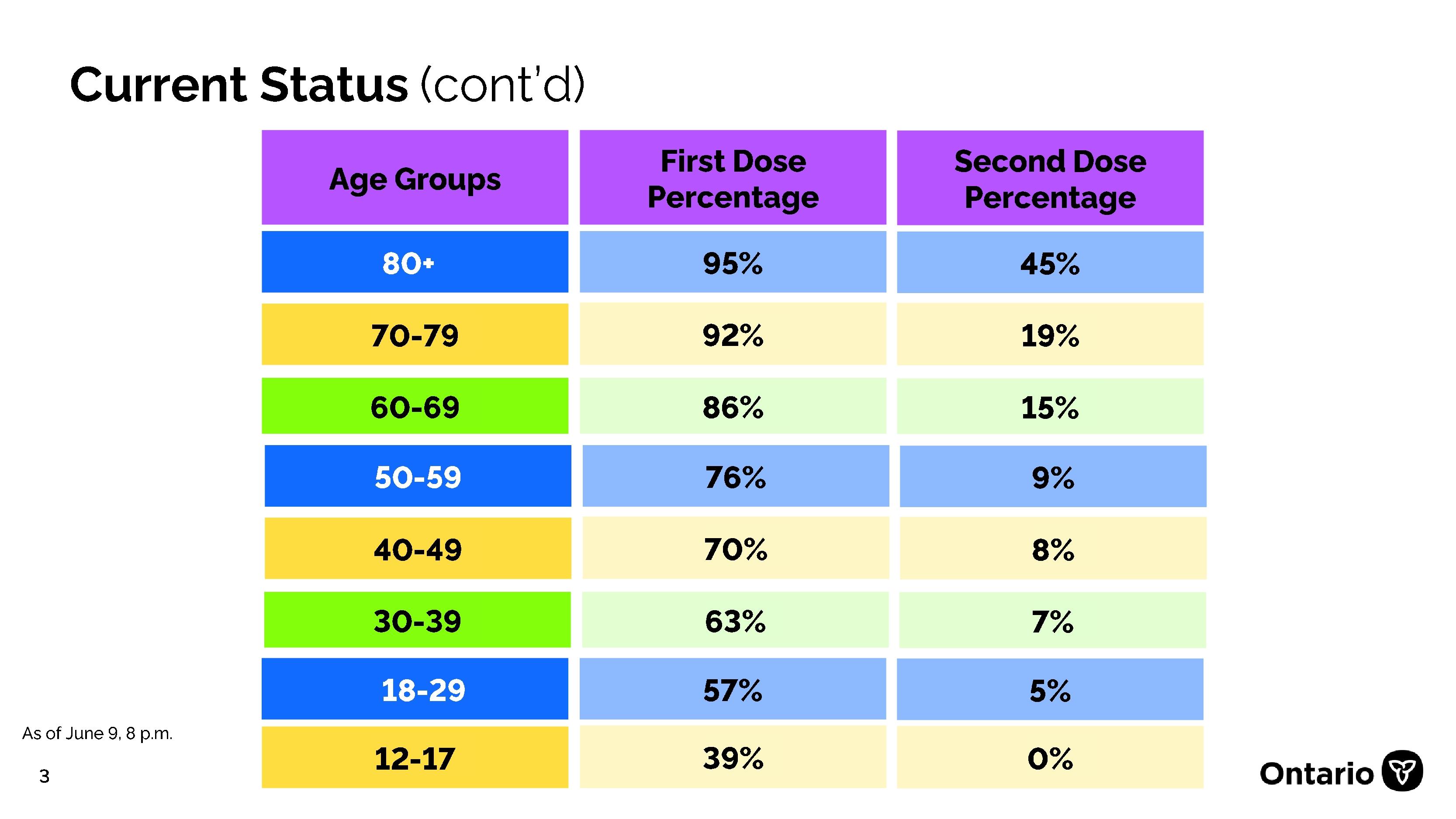 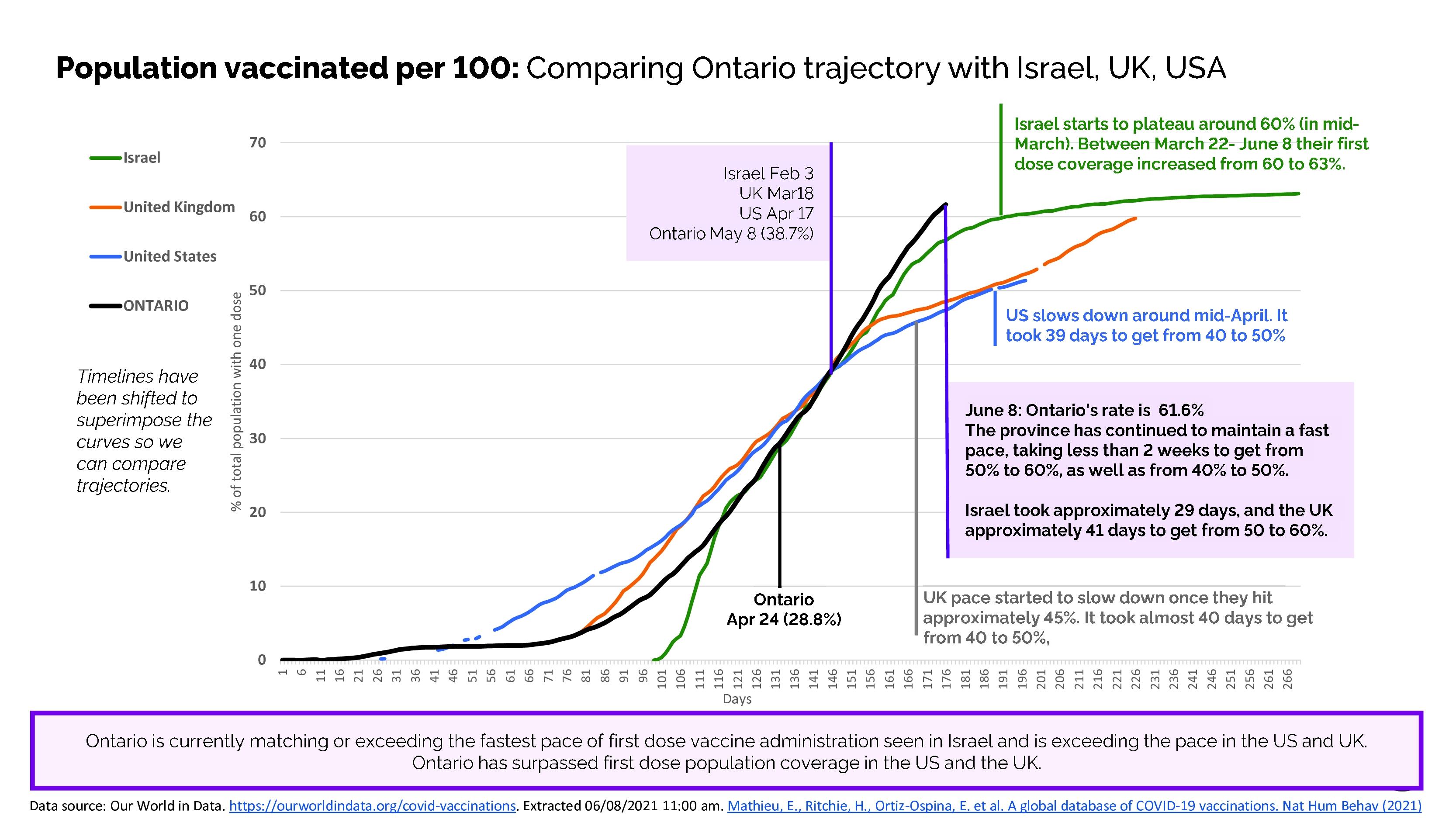 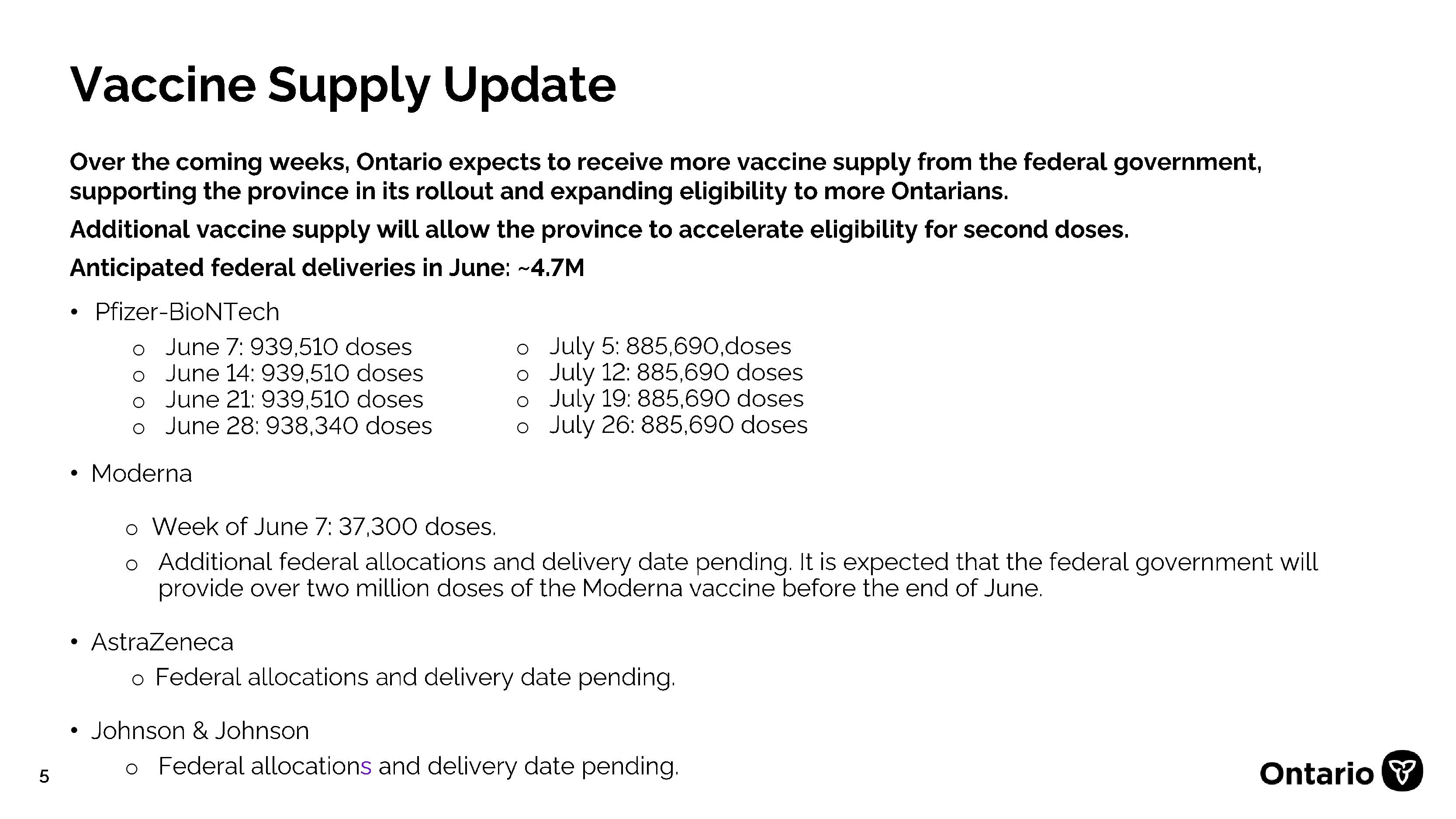 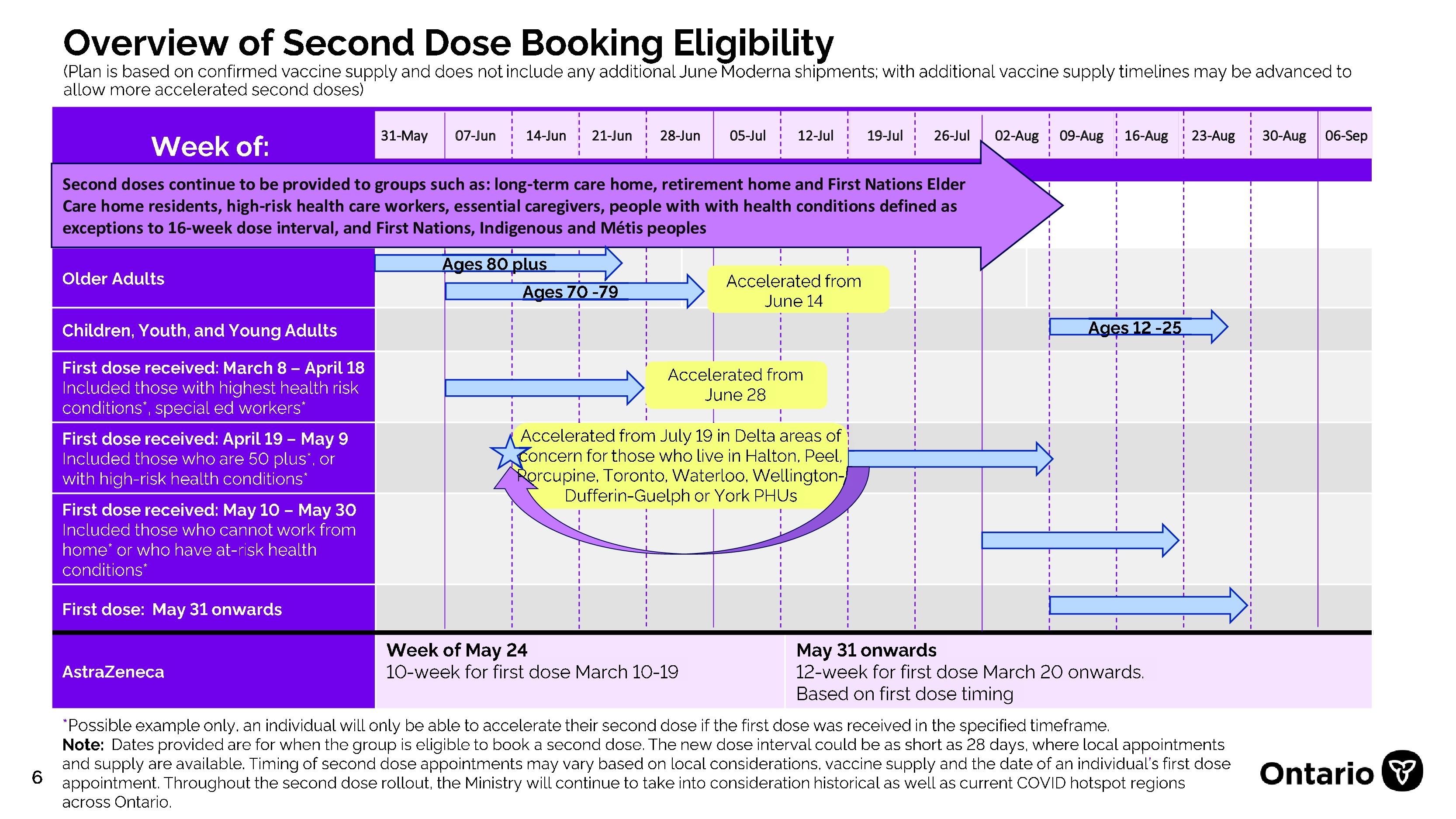 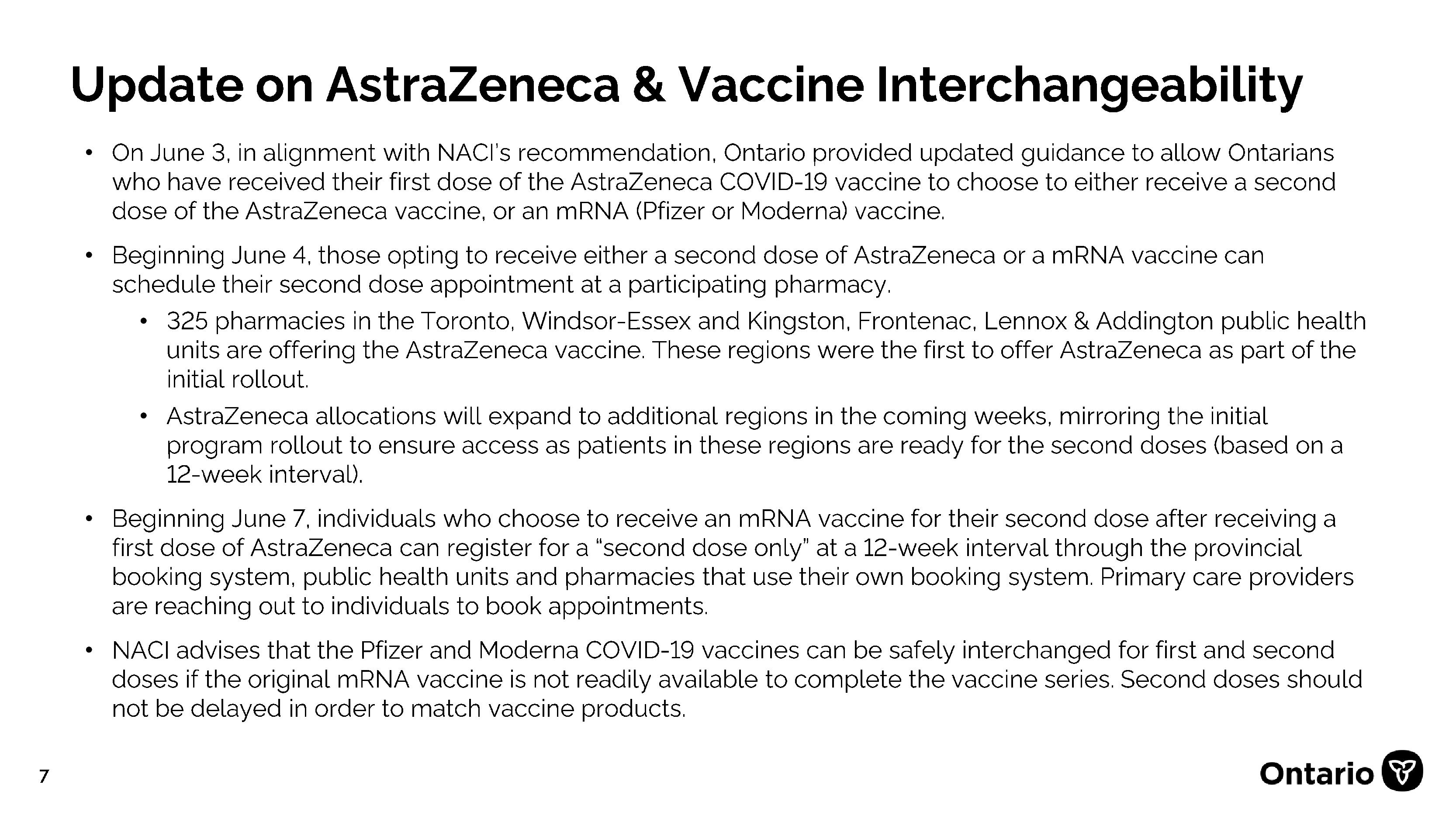 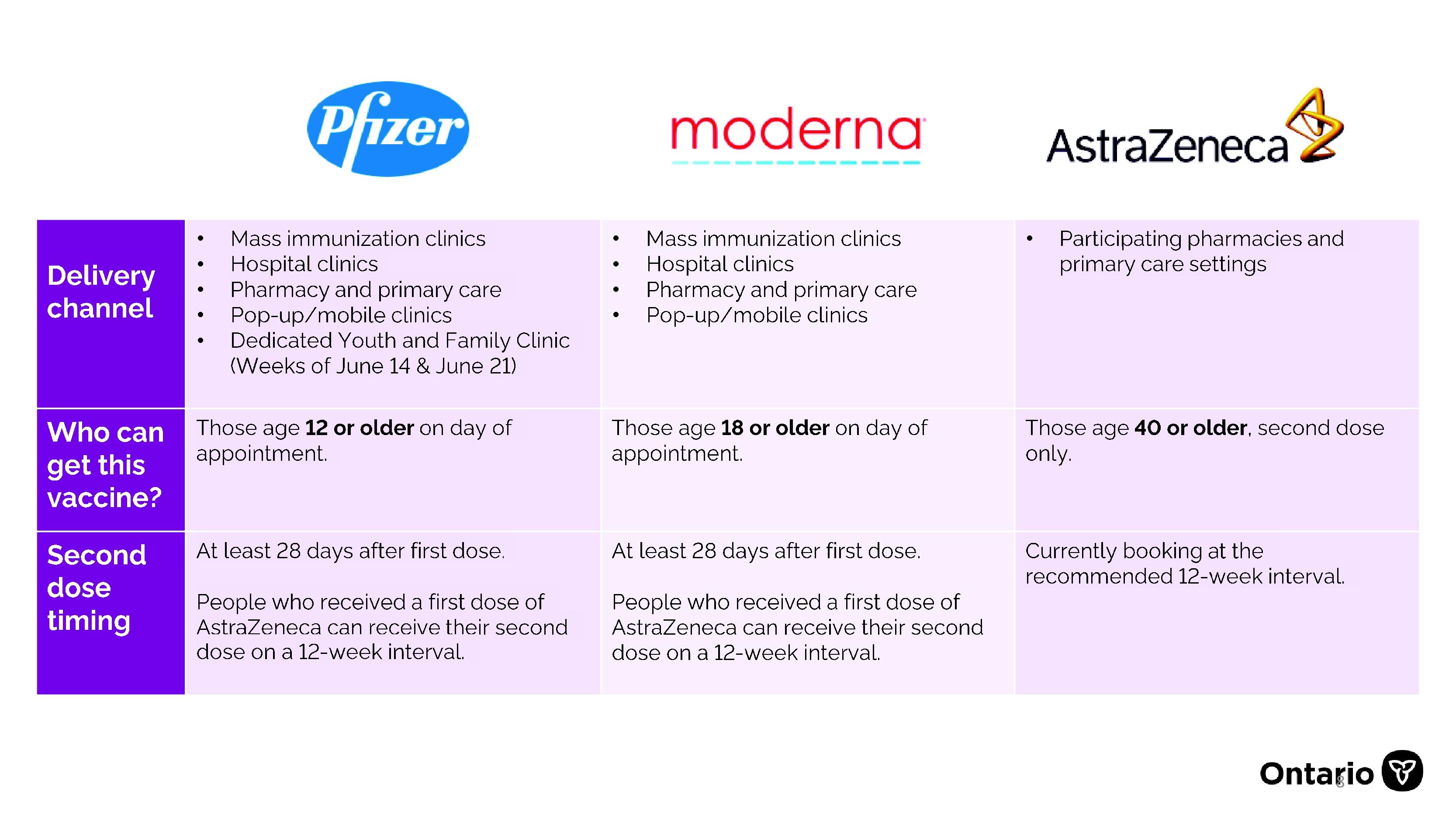 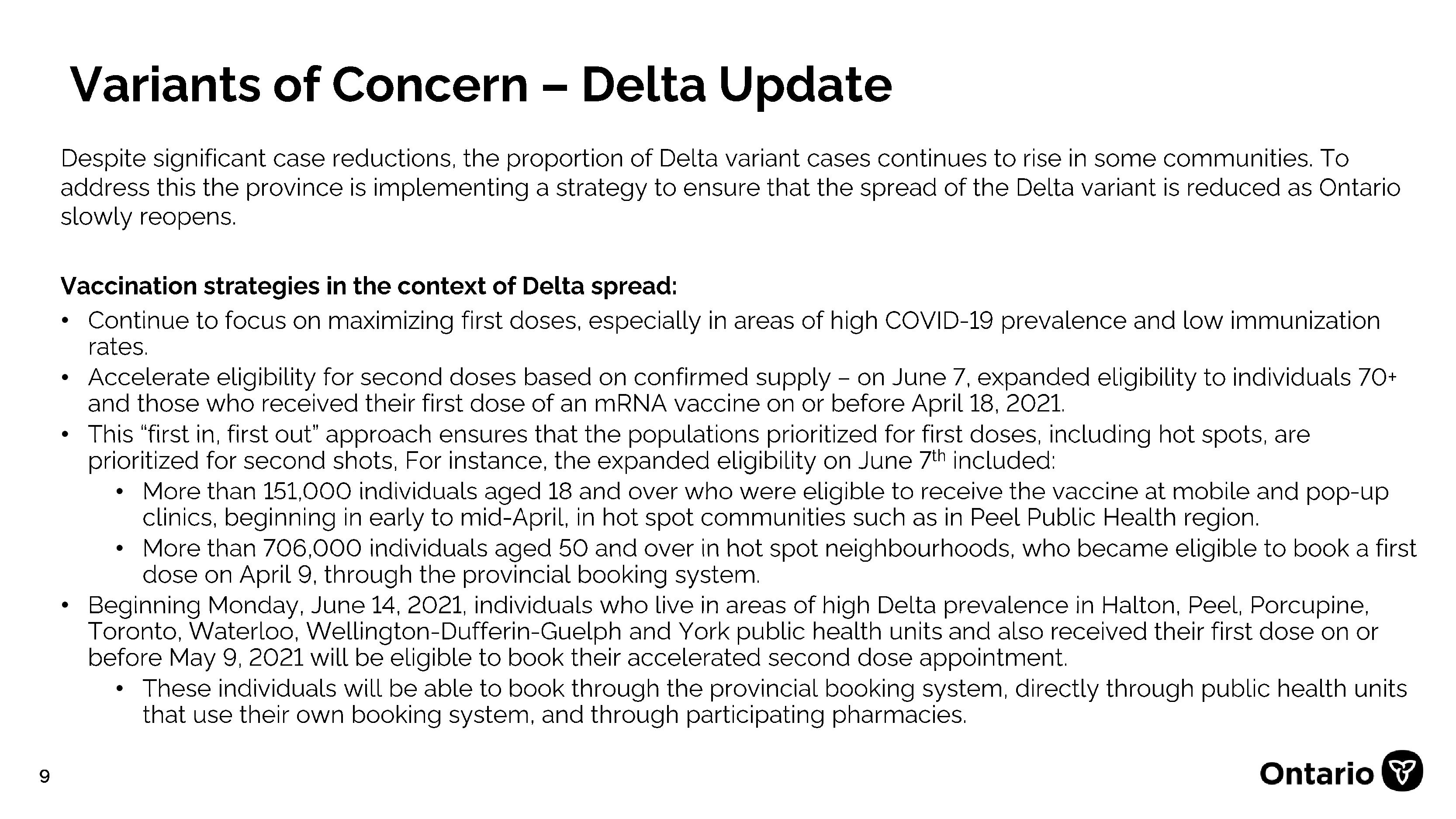 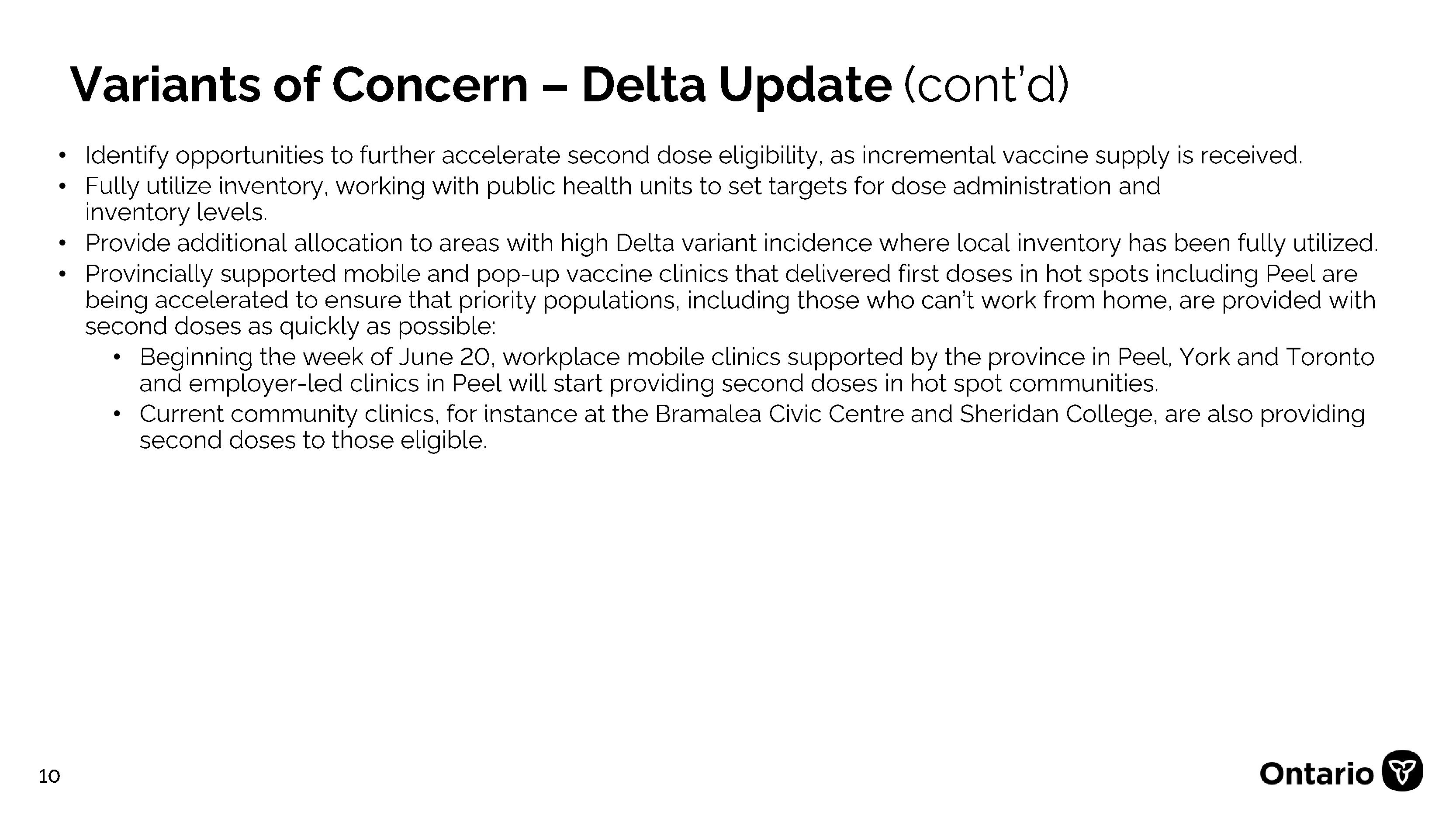 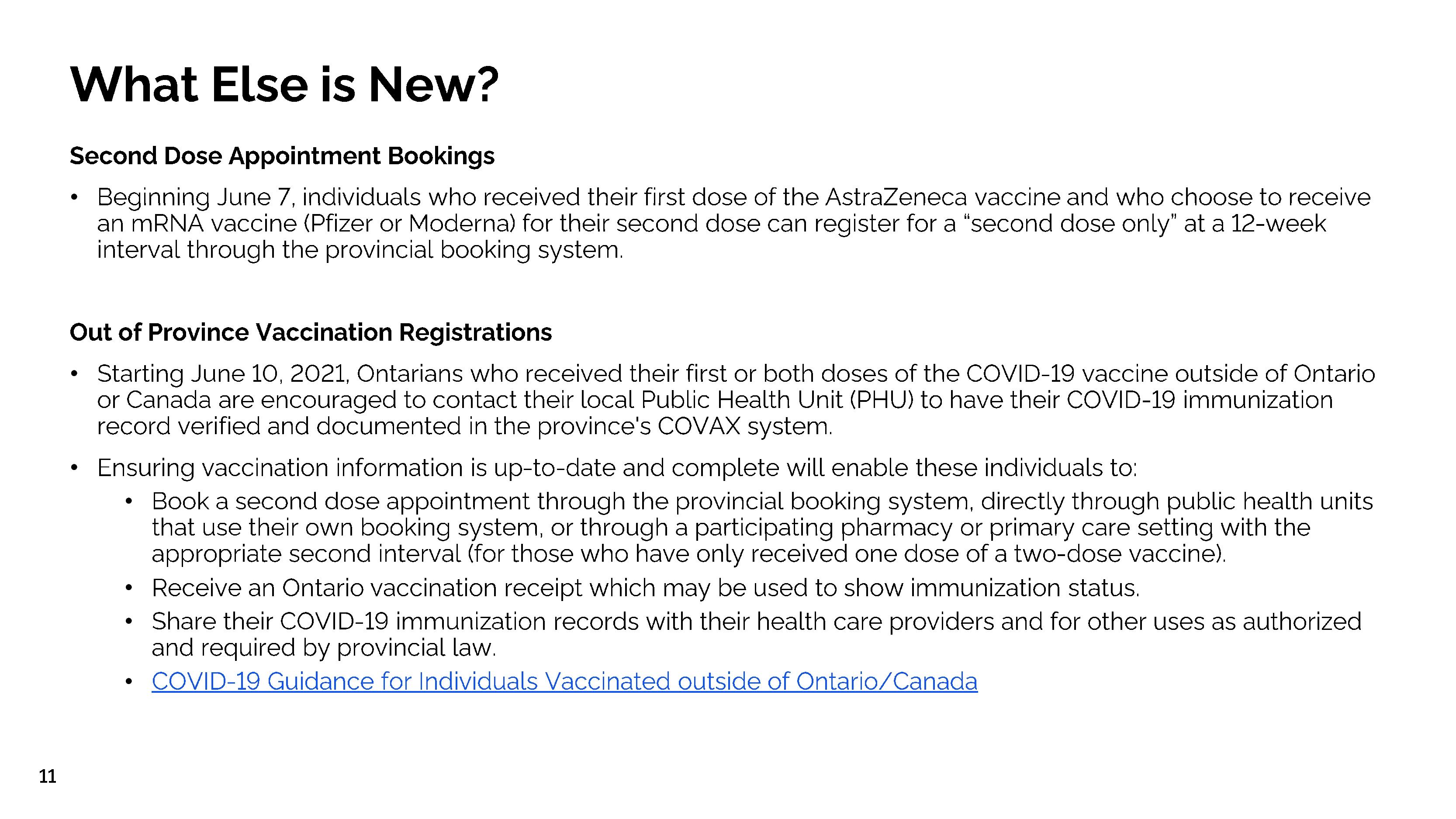 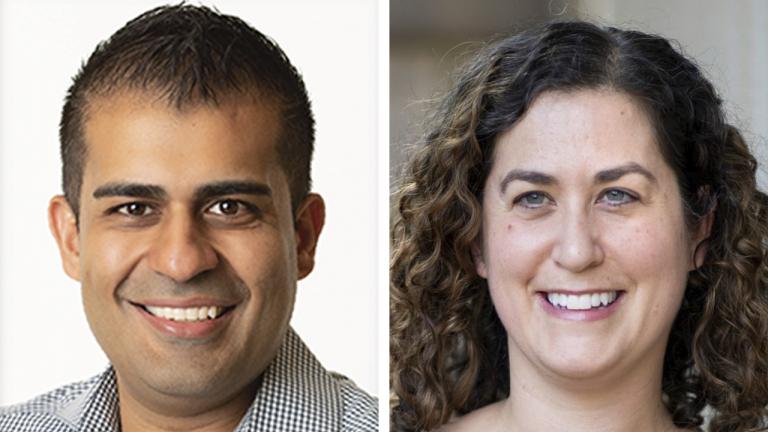