The province has unveiled its rollout plan for third doses of the COVID-19 vaccine. Read the full briefing
By John Michael McGrath - Published on Nov 03, 2021

Ontario will make booster doses available to a substantially larger number of people in this province, as the government seeks to tamp down the potential spread of COVID-19 in the face of evidence of waning efficacy among older people in particular. People over 70, people who received two doses of the Astra Zeneca vaccine, and Indigenous people are among the those who will be eligible for third doses of the Pfizer or Moderna vaccines six months after their second dose was administered.

Health-care workers and essential caregivers for residents in LTC homes will also be eligible. In total, the province is proposing to allow nearly 3 million people to have access and plans to expand eligibility to the rest of the provincial population in early 2022. People who are currently eligible for third doses will be able to book their appointments through the province’s website starting November 6.

Government officials acknowledged that the National Advisory Committee on Immunization  has not yet endorsed booster doses for the wider population but said that they were making the longer-term plan public now because of intense public interest.

The province also reiterated its plans to begin immunizing five- to 11-year-olds when the Pfizer vaccine for younger children is approved by Health Canada but indicated that the third-dose program will be the priority until then.

The third doses will be strictly voluntary; people with two doses who don't opt for a third will still be counted as fully immunized for the purposes of Ontario's proof-of-vaccination system. 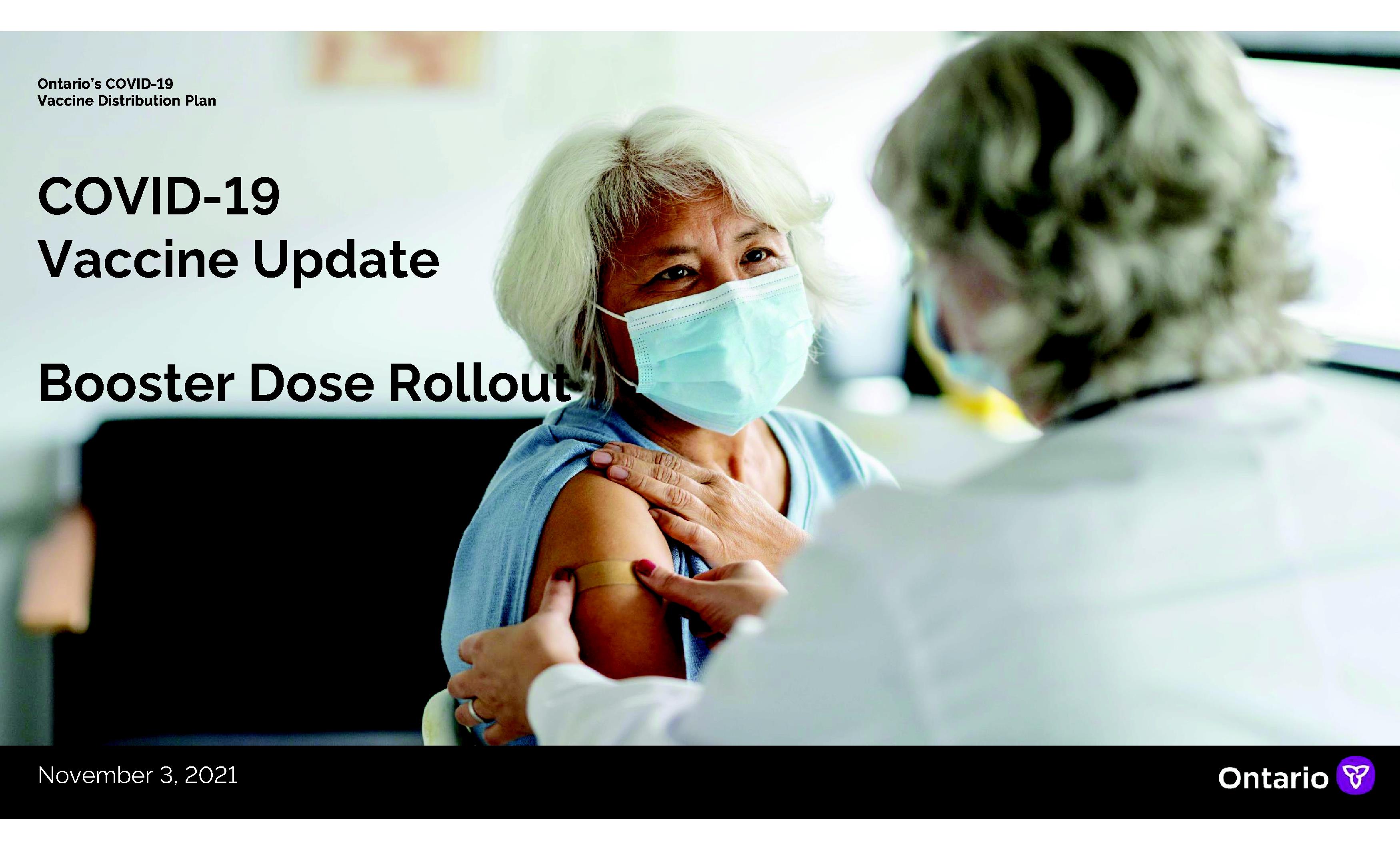 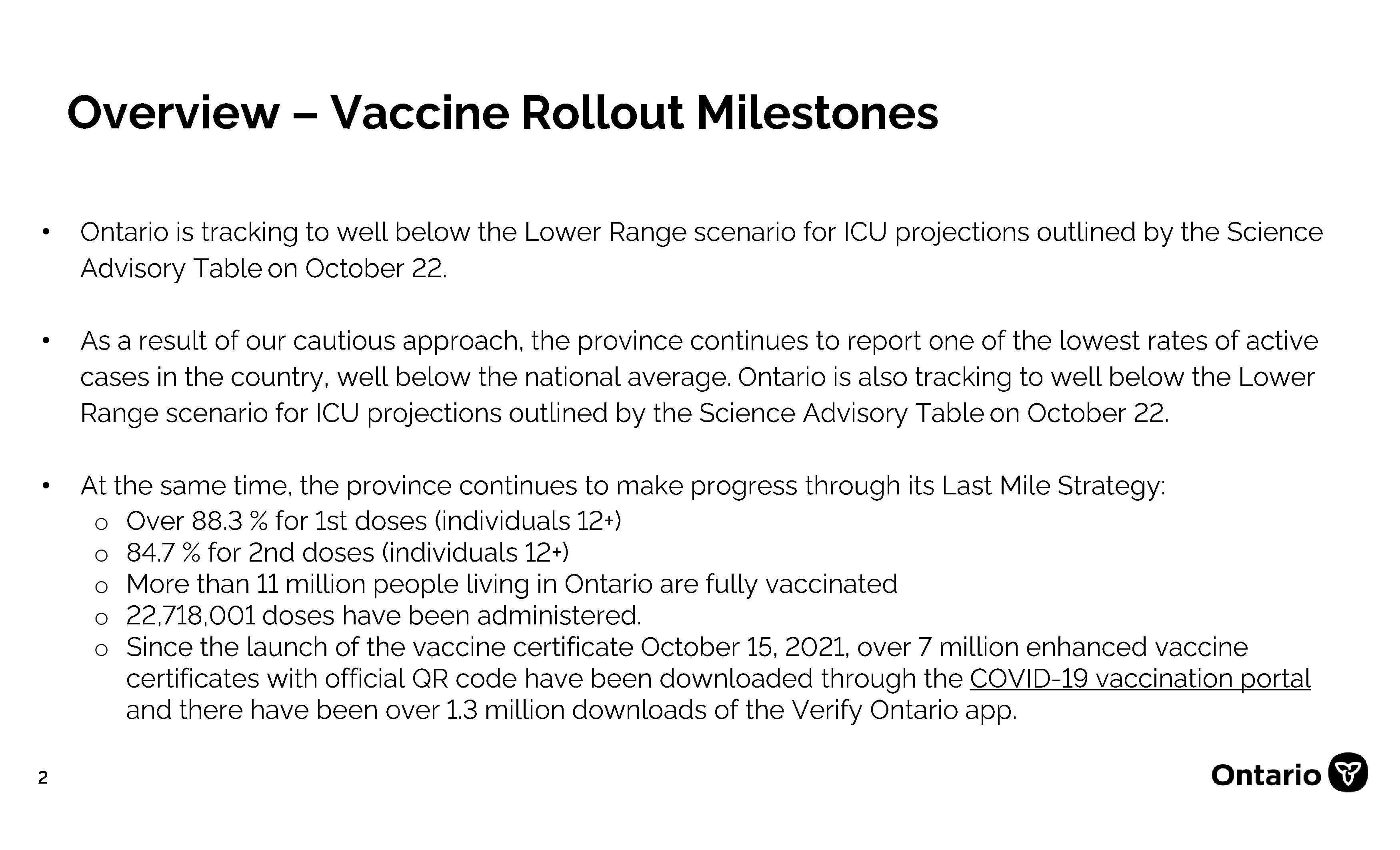 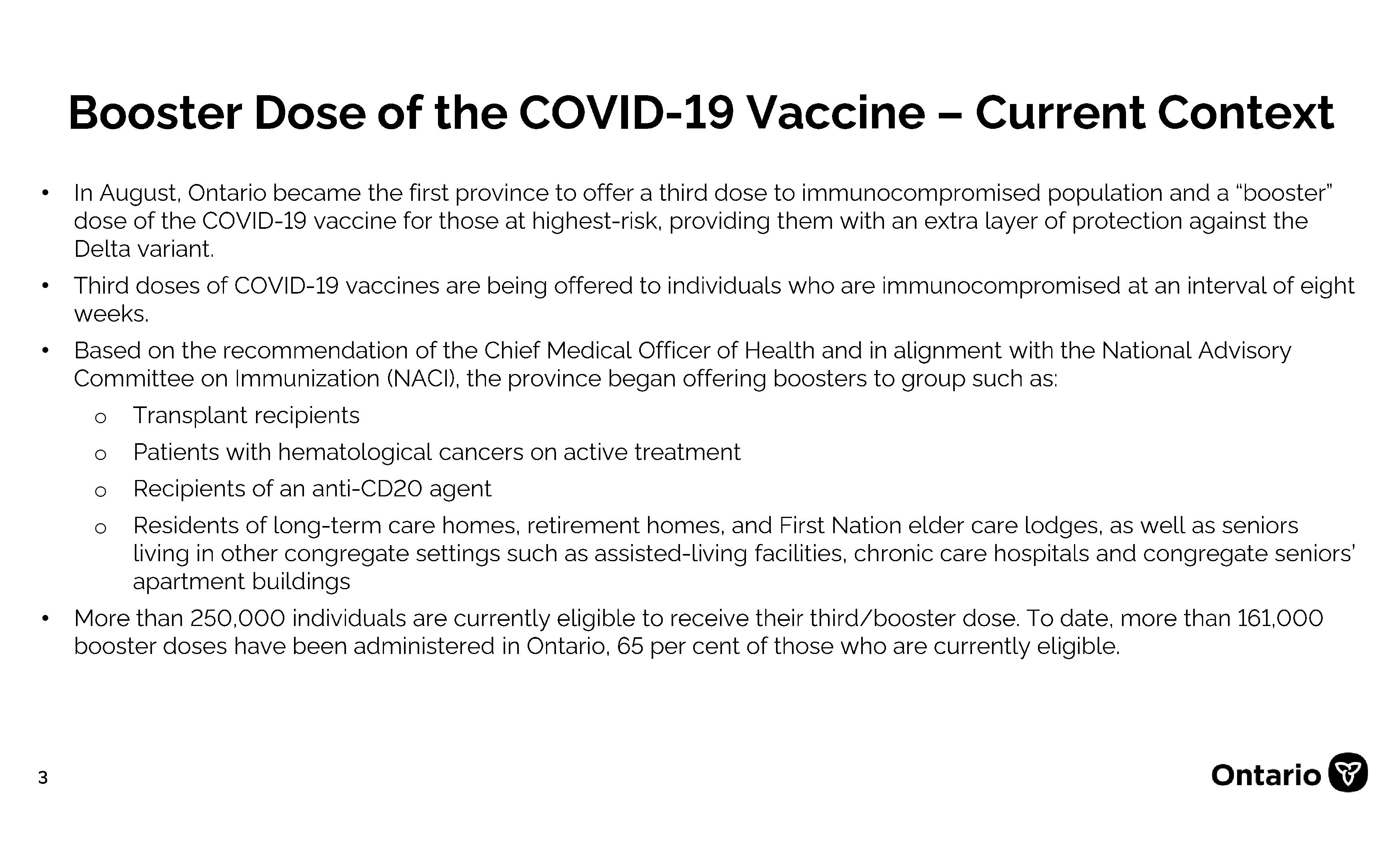 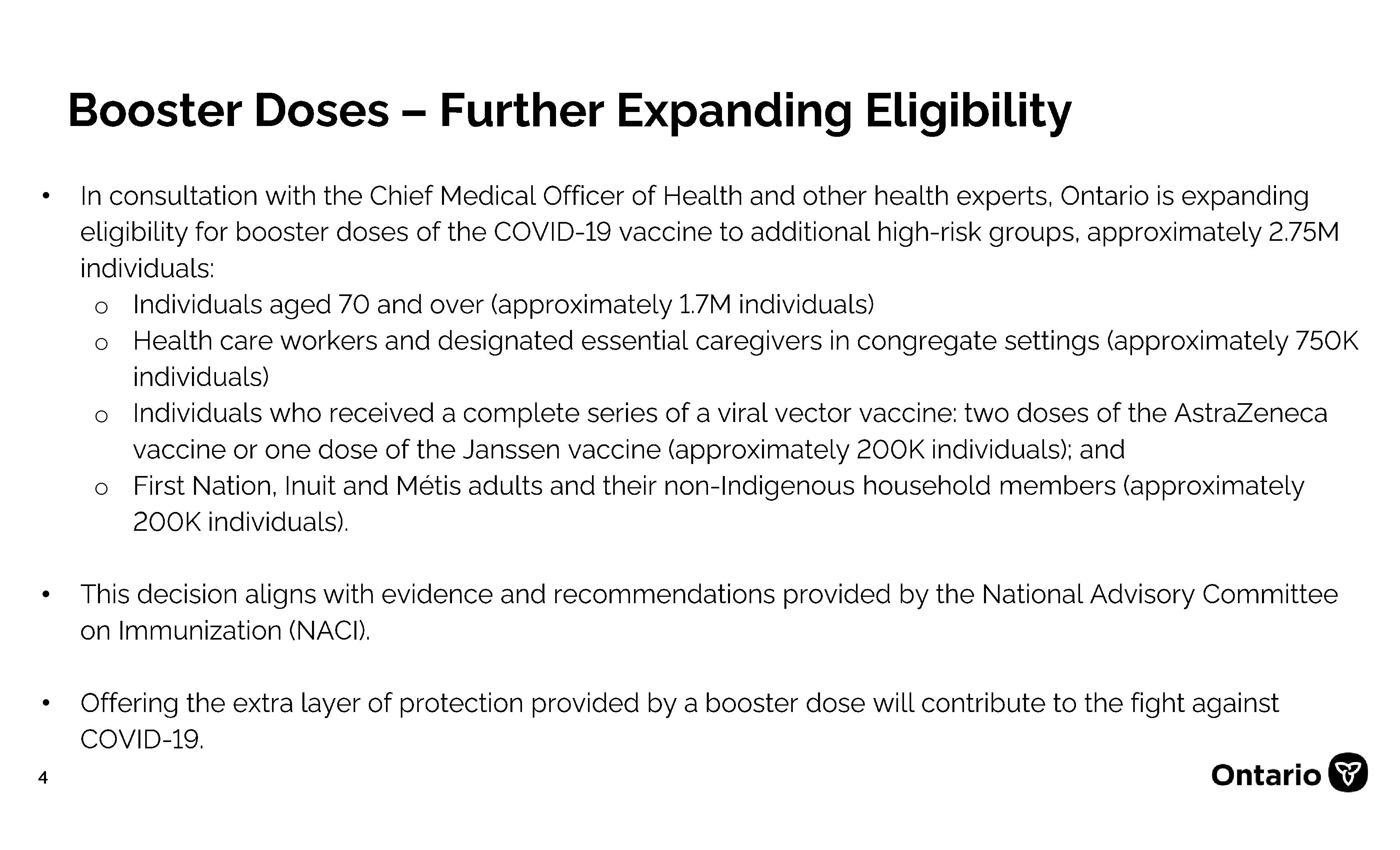 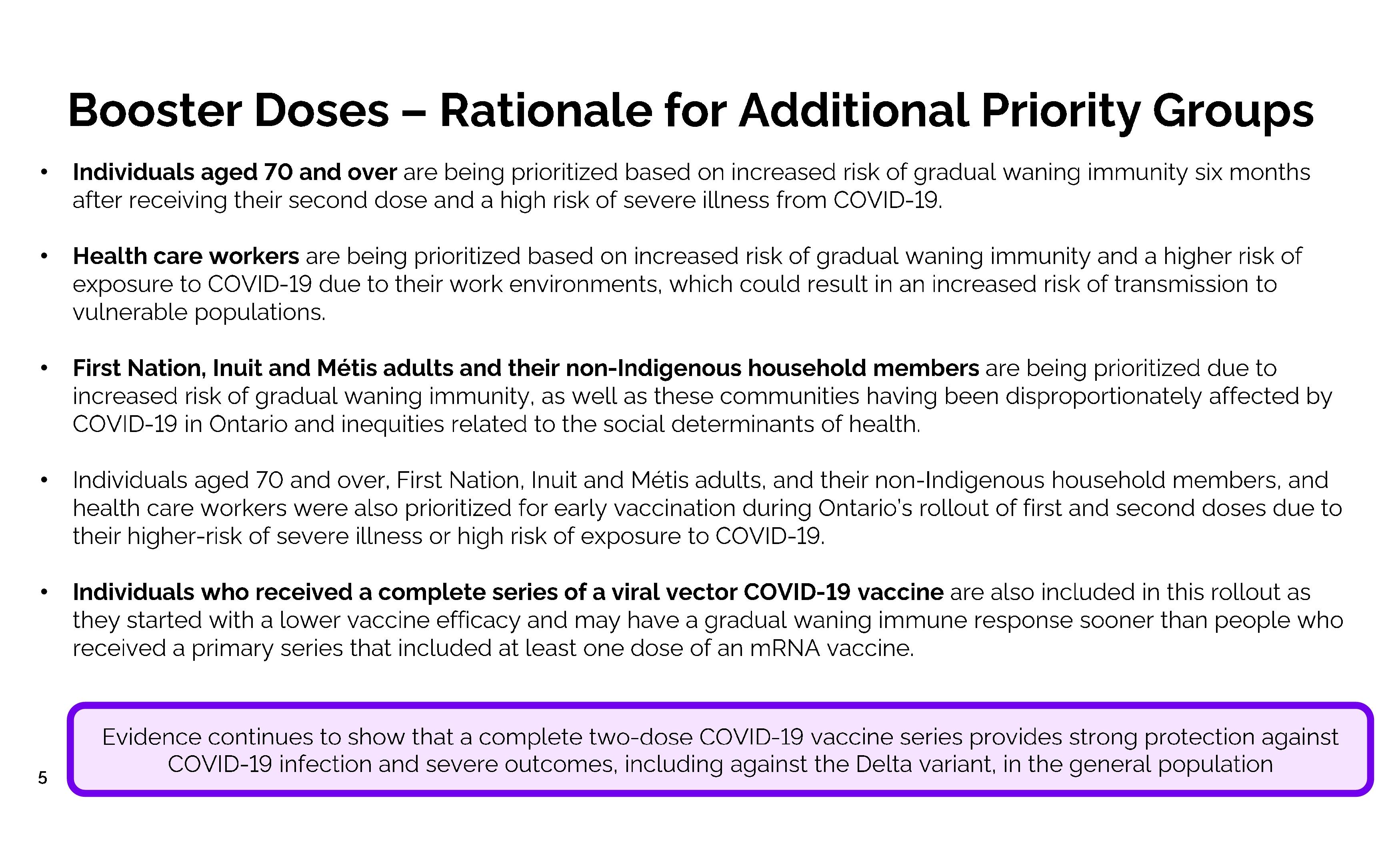 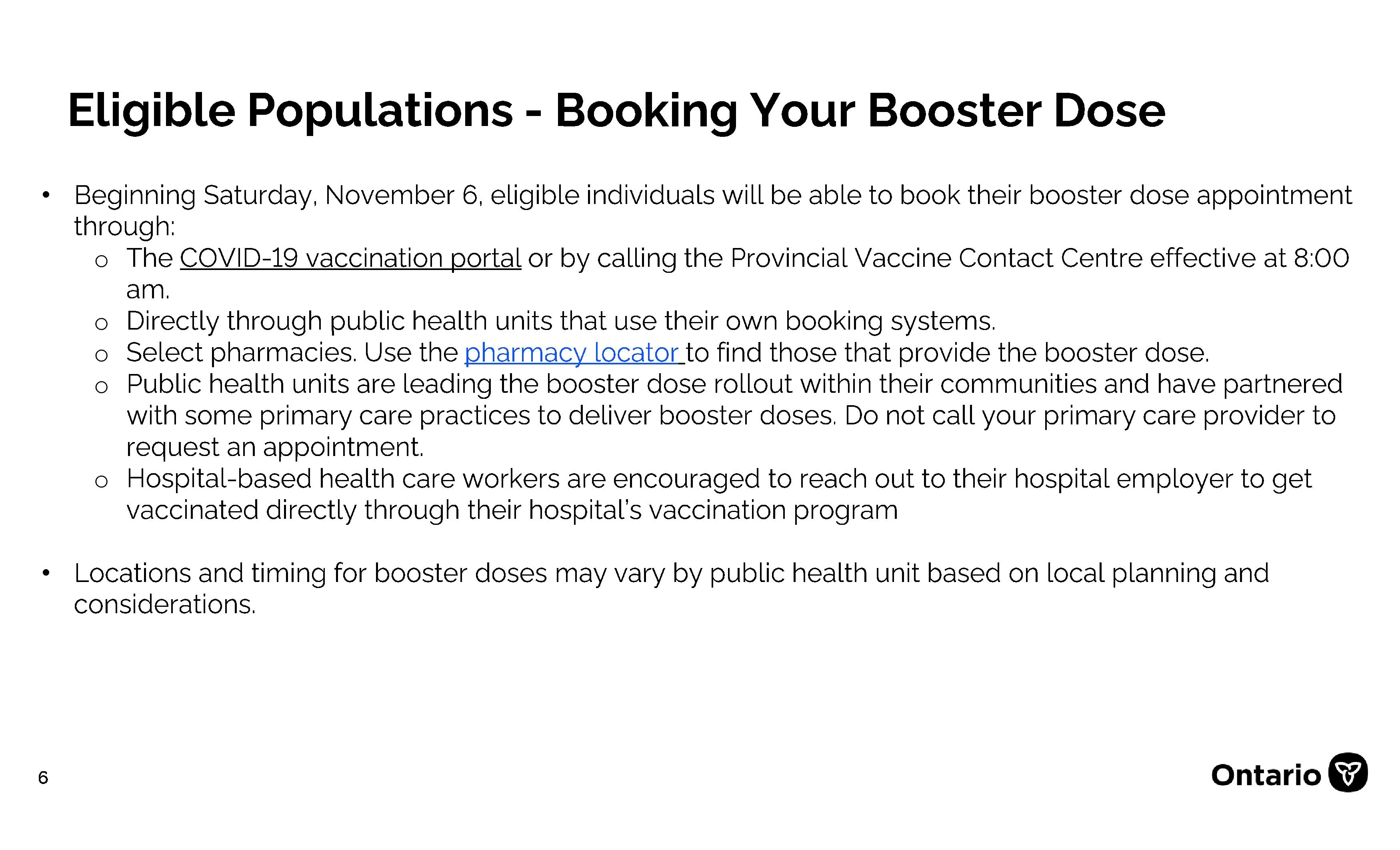 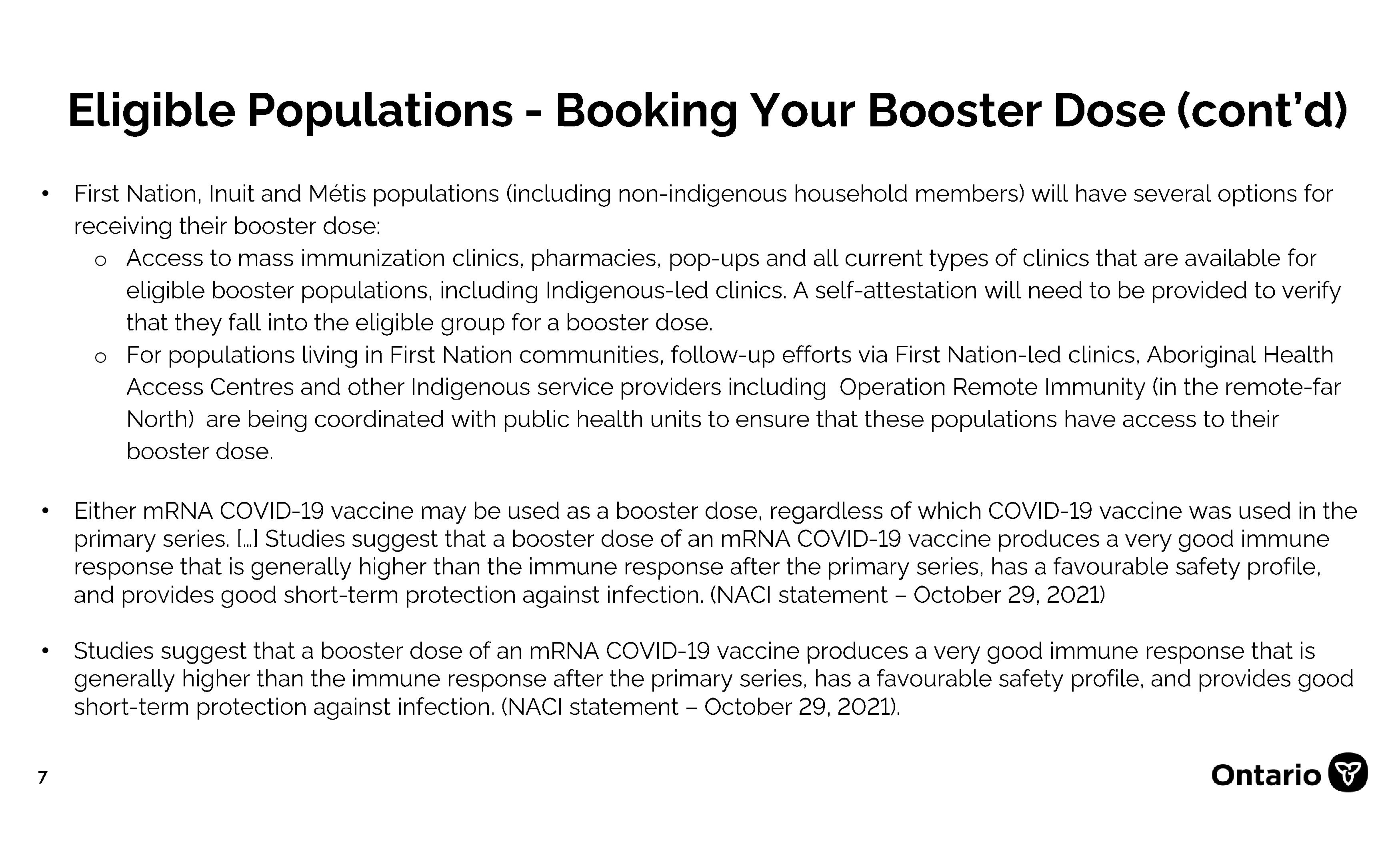 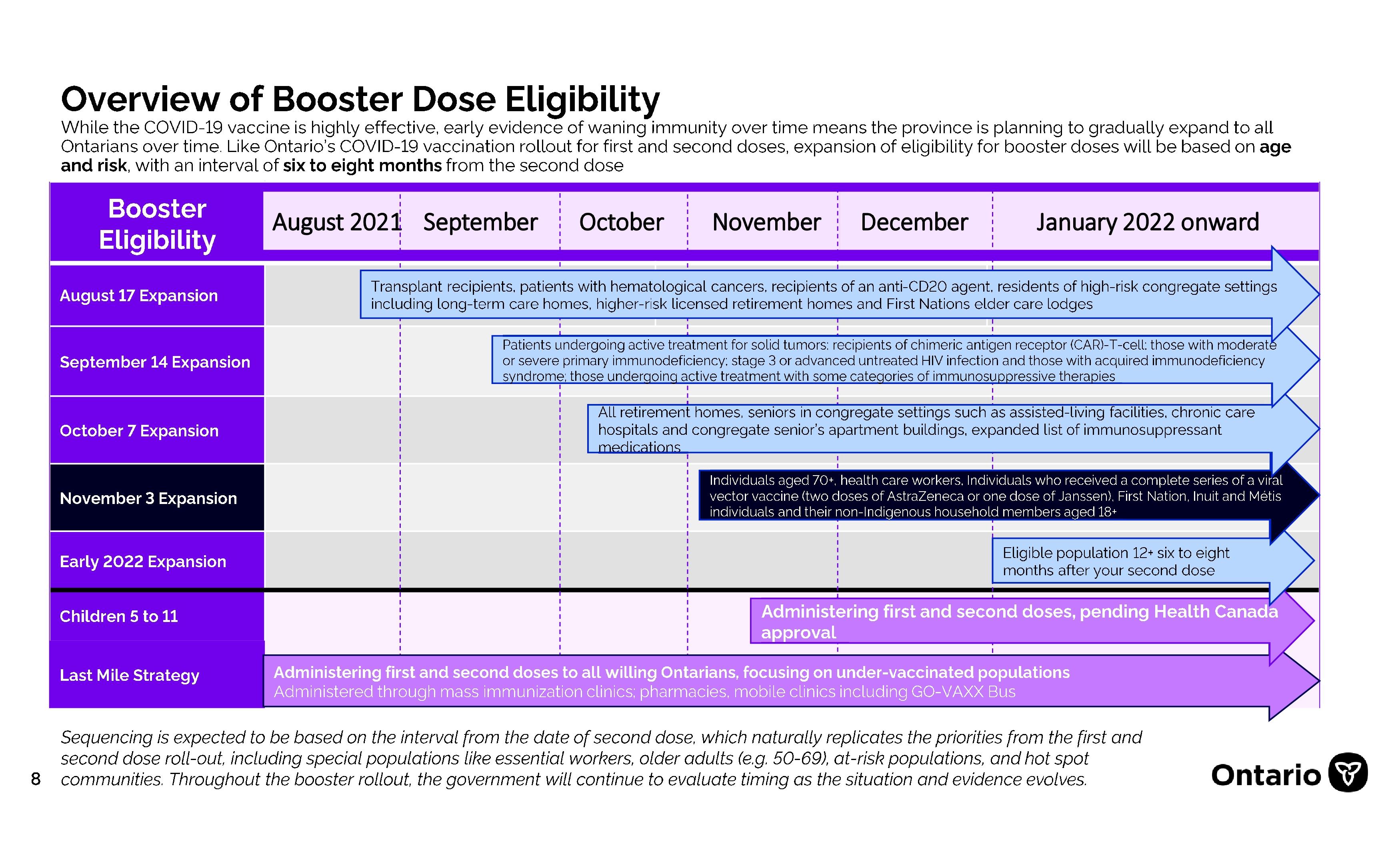 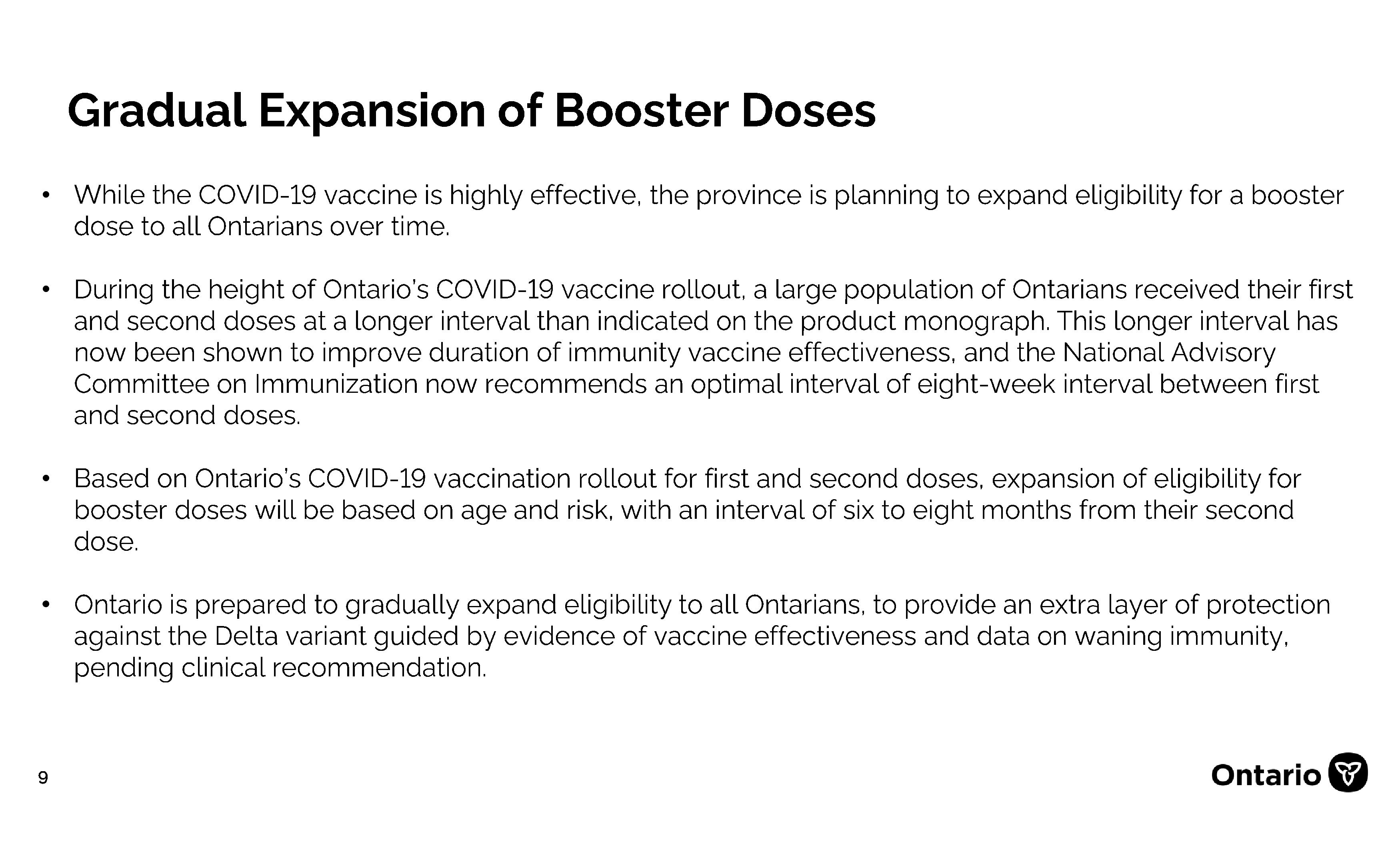 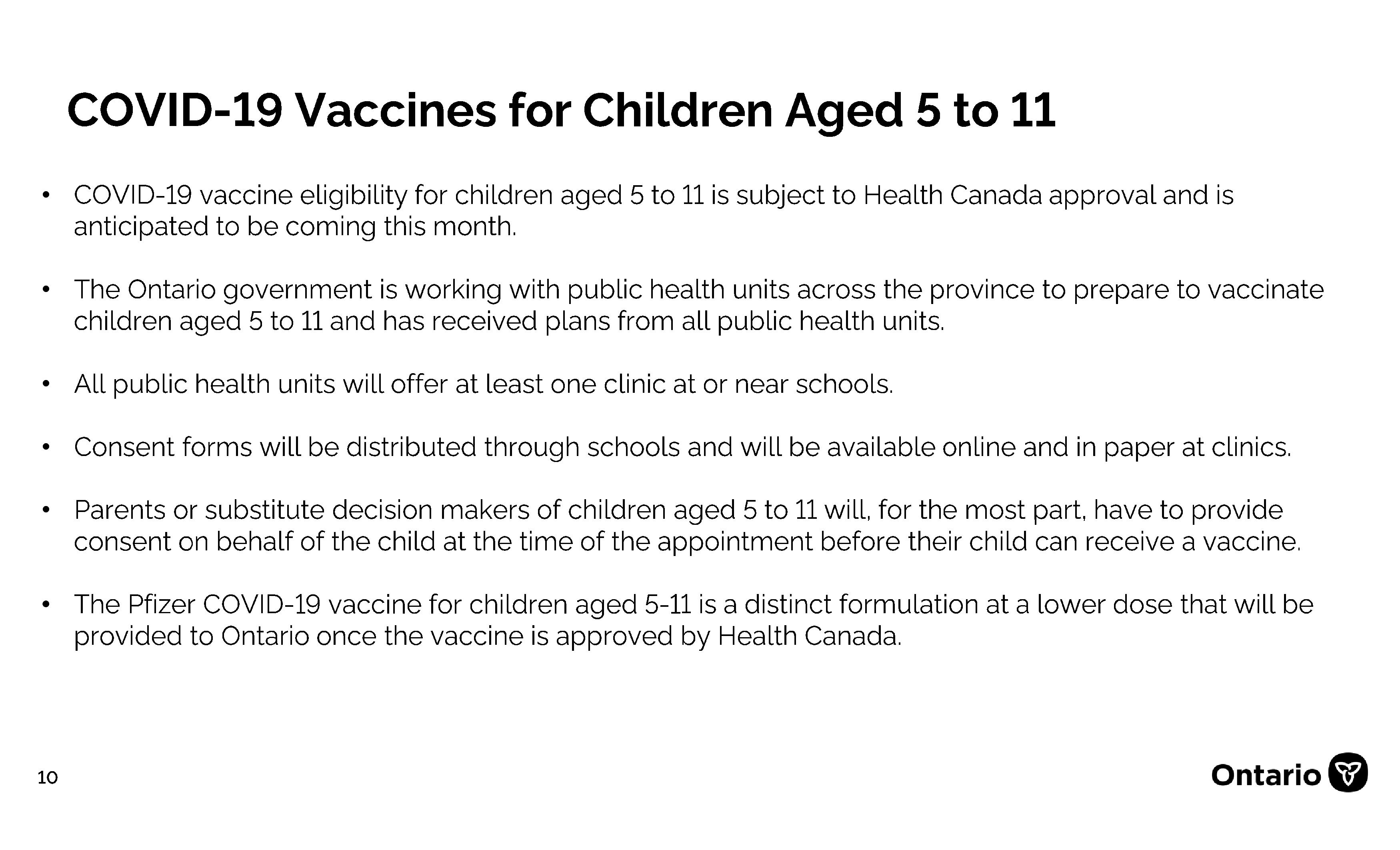 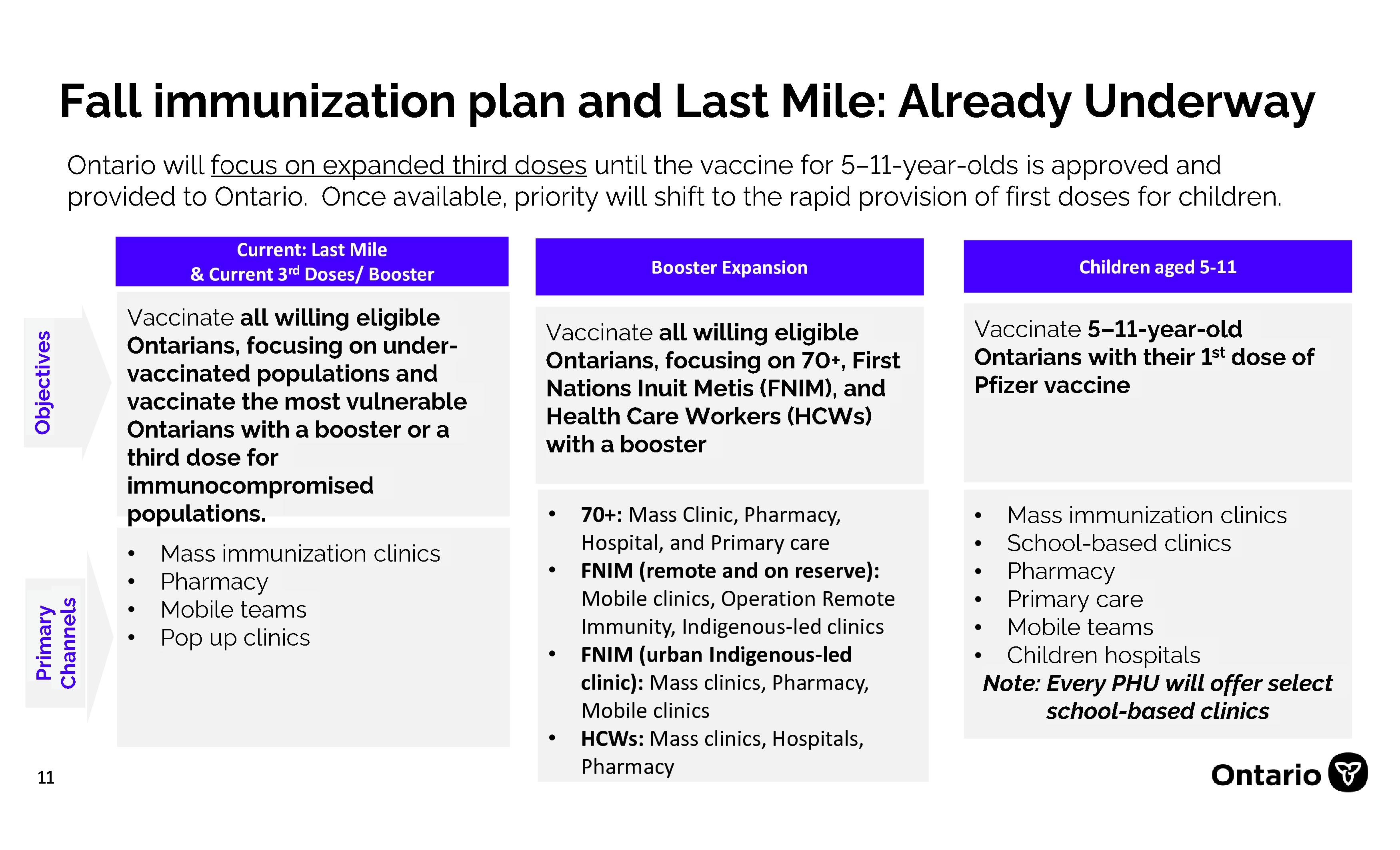 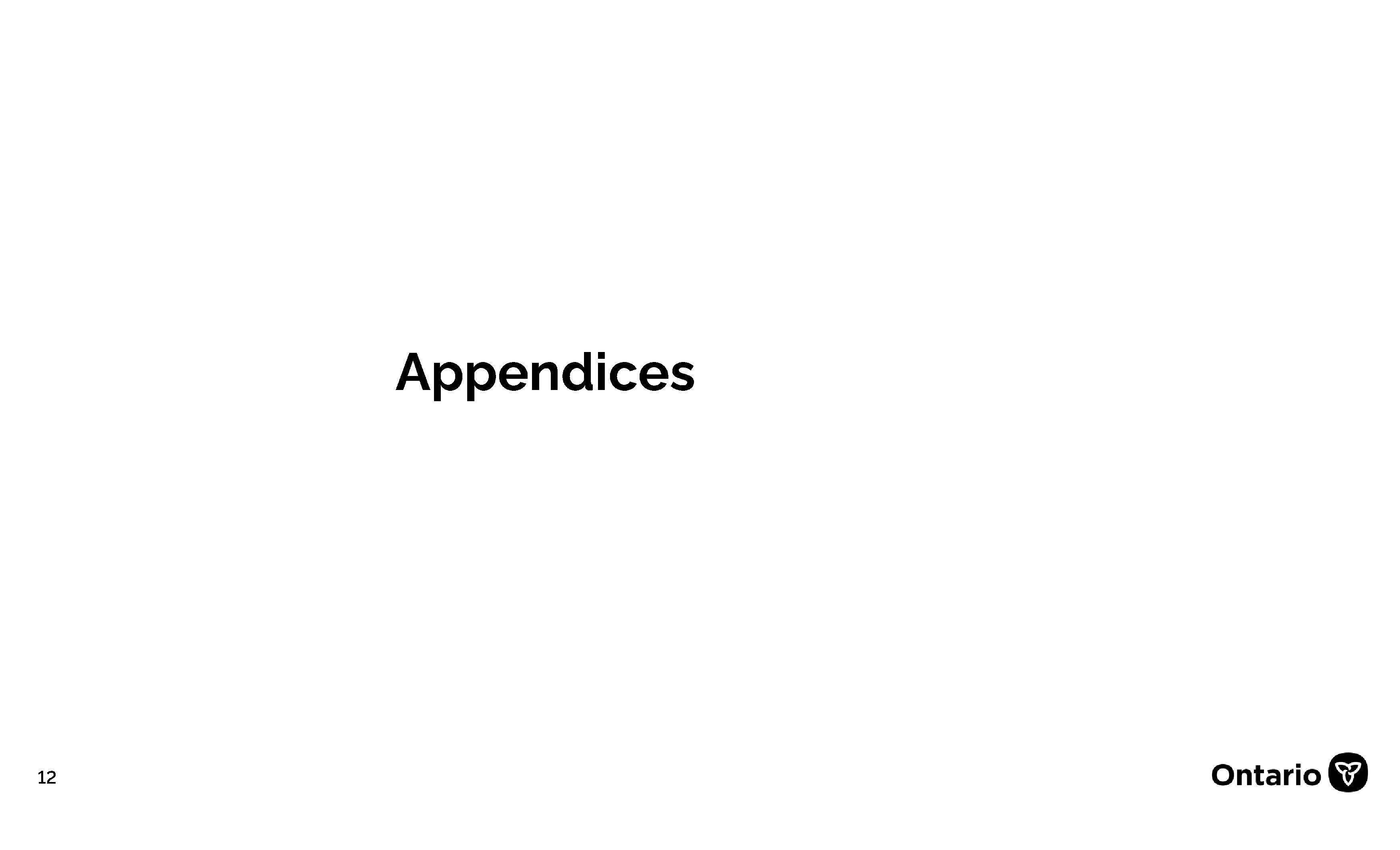 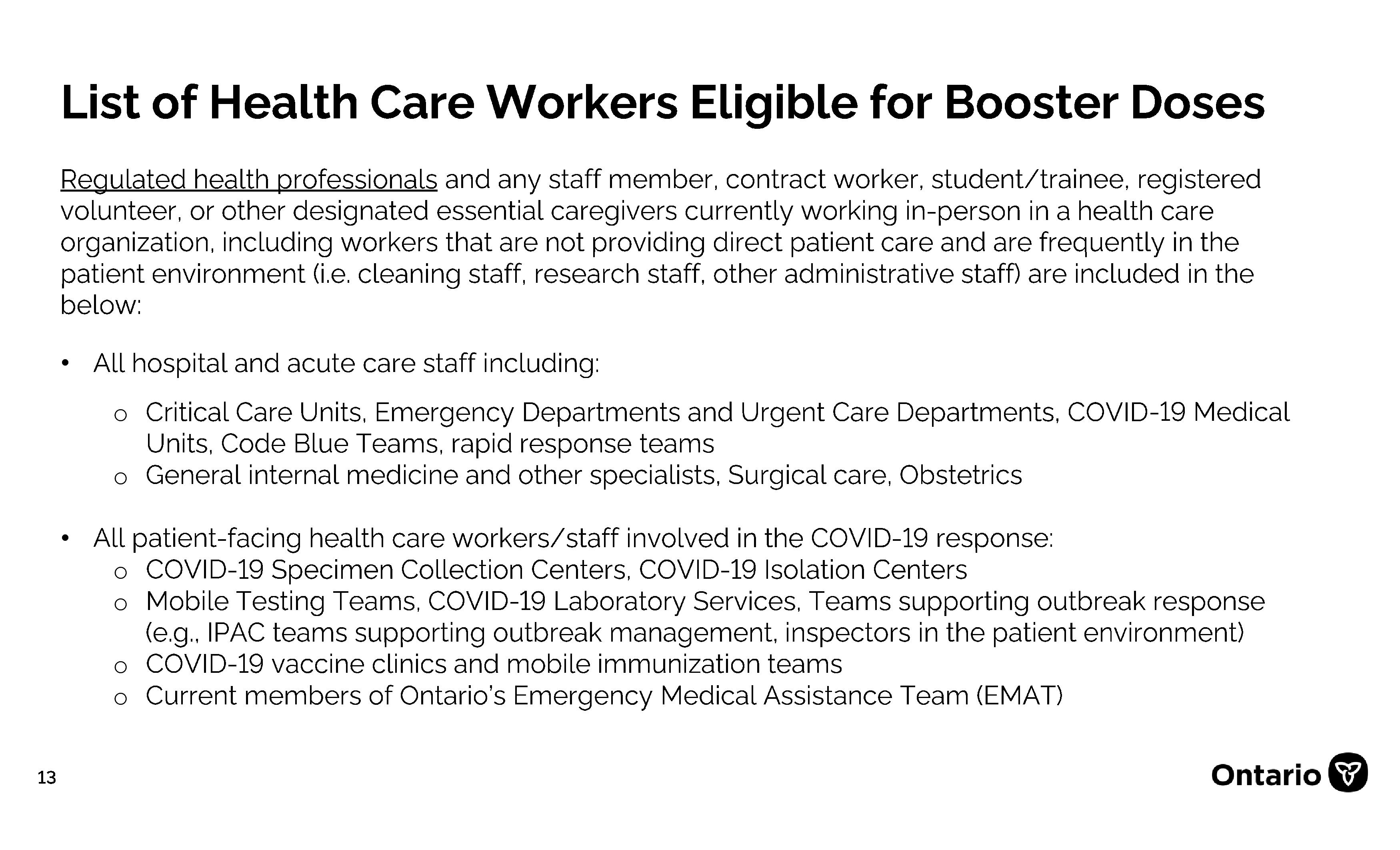 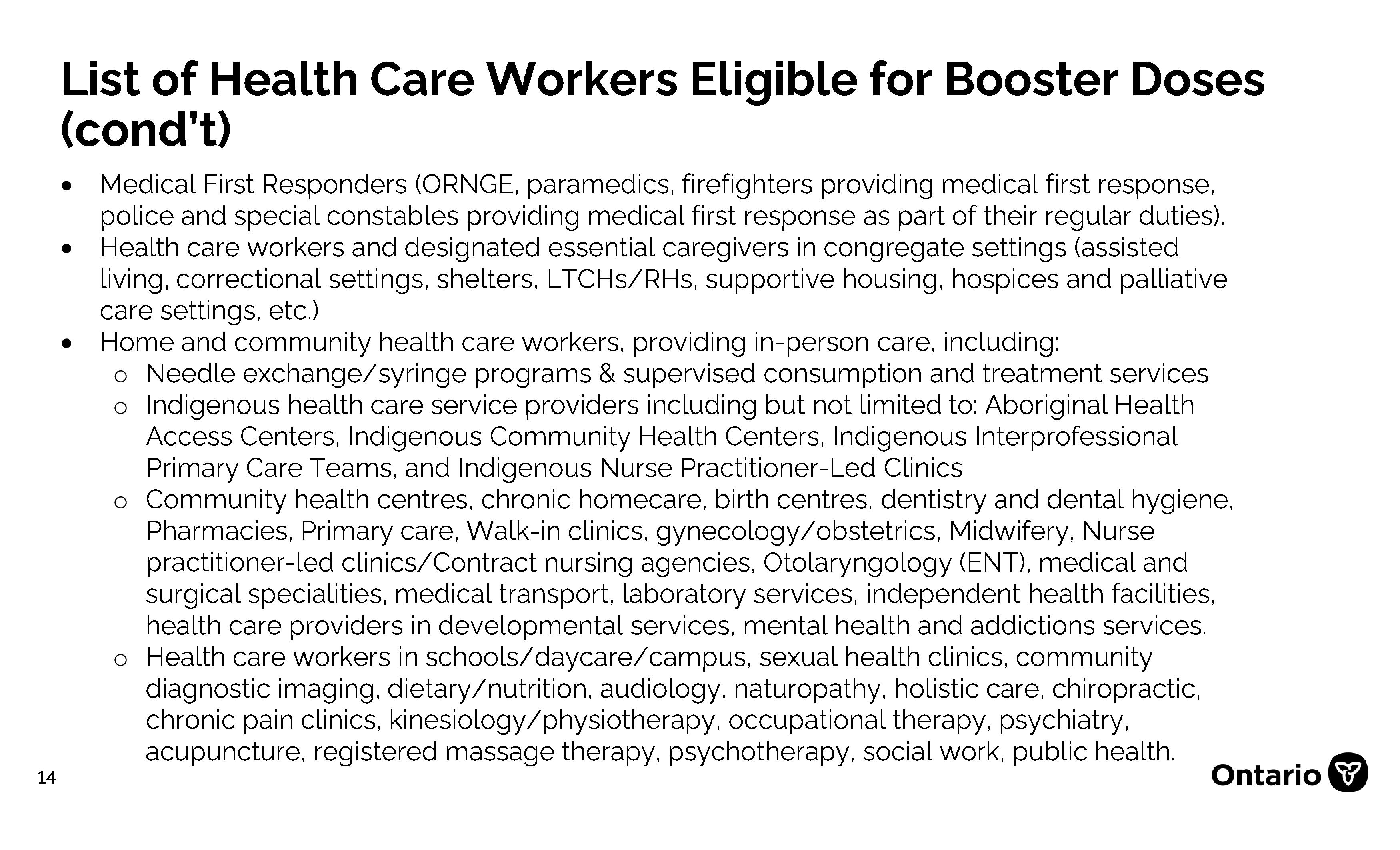 Coronavirus
COVID-19: What you need to know for December 7

Coronavirus
COVID-19: What you need to know for December 6
TVO.org staff

Coronavirus
COVID-19: What you need to know for December 3
TVO.org staff
sfy39587stp16