Have the Progressive Conservatives backed themselves into a corner on climate change?

OPINION: The Tories have junked the climate policy of their predecessors and promised to avoid any carbon pricing. Coming up with an alternative plan is going to be difficult — if not impossible, writes John Michael McGrath
By John Michael McGrath - Published on Oct 15, 2018
Rod Phillips, Ontario’s minister of environment, conservation and parks, is responsible for coming up with a new climate policy for the province. (Chris Young/CP)

Before you feel sorry for Rod Phillips, remember that he chose this job.

The still-new minister of environment, conservation and parks signed up to be a Progressive Conservative candidate back when Patrick Brown was championing a revenue-neutral carbon tax as the Tory answer to Liberal climate policy. But he didn’t bail on his party when Doug Ford and every single other leadership candidate promised not only to dismantle cap and trade but also to oppose the federal carbon price. Whatever his personal convictions on the environment are, they certainly didn’t keep him from running under the blue banner in June or from taking his current cabinet post.

But now his job is going to be coming up with a climate policy for Ontario that’s acceptable to Ford and PC voters generally. (Whatever it ends up being, it will almost certainly further antagonize the federal government, but for the Tories, annoying Prime Minister Justin Trudeau may be a feature, not a bug.) When Bill 4, the Cap and Trade Cancellation Act, becomes law sometime later this fall, the government will have to come up with its own set of targets for greenhouse-gas reductions in Ontario and a plan for how to reach them.

The hitch is that they’ve ruled out nearly everything that could substantially reduce Ontario’s greenhouse-gas emissions.

They’re not, for example, going to look at a comprehensive, economy-wide form of carbon pricing — the generic term for both the carbon tax that the premier likes to rail against and the cap-and-trade system that Ontario had until his election.

It’s worth saying that the record here is quite clear: Tories of various stripes have opposed basically every plausible implementation of carbon pricing, regardless of how it’s been tailored to meet their demands. Federally, in 2008, Stephane Dion proposed a carbon tax offset by substantial income-tax cuts; then-prime minister Stephen Harper called it a “tax on everything” and won that election. In both 2004 and 2008, the Conservative Party of Canada declared itself open to a national cap-and-trade system — but when Ontario actually signed on to one, it became just another Liberal policy that had to be destroyed.

But surely a conservative party that takes the threat of climate change seriously can be trusted to implement a revenue-neutral form of carbon pricing that displaces other revenue and doesn’t simply expand the reach of the state? No such luck: Brown proposed doing exactly that, and as soon as he left the scene, conservative activists like the Canadian Taxpayer Federation whipped his aspiring successors into pledging both to dismantle cap-and-trade and to fight the federal carbon tax.

There are conservatives who take the threat of climate change seriously and want to find economically efficient solutions for it. But to all appearances, their chosen political family wants nothing to do with them. Michael Chong tried supporting carbon pricing in last year’s federal Conservative leadership race — and won 9 per cent of the vote.

So if carbon pricing is out, what’s left in the policy pantry?

Even if the government decides to let polluters put garbage in the air for free forever, it could intervene in other ways. It could, for example, subsidize non-polluting (or less polluting) alternatives, even if it doesn’t penalize polluters. That wouldn’t be as effective, but it wouldn’t be nothing.

The problem is that the Tories have ruled out some of the obvious options here, too. The Ford government ended subsidies for electric cars, green-home renovations, and a laundry list of other alternatives early in its tenure. At the same time, it’s introduced a plan to subsidize natural-gas consumption (a fossil fuel, albeit one cleaner than most) in rural areas. Ford has pledged billions for subways in the GTA (a subsidy for a clean alternative to driving, after all), but it’s not enough to spend lavishly on transit. Subways require a lot of CO2-intensive concrete and steel. One paper from the University of Toronto’s Shoshanna Saxe suggests that it took eight years for the Sheppard subway line to “pay back” the pollution caused by its construction, and it may not be carbon negative until the 2030s. Investing in transit in a way that actually reduces carbon-dioxide emissions is actually a difficult challenge — one that any future government climate plan will need to grapple with.

Then there’s straightforward regulation. The government can impose regulations on industry and consumers to force businesses to move to more efficient, less polluting activities and products. Federally, the Harper government did this kind of thing with incandescent light bulbs in 2014 and 2015. Provincially, the biggest example of regulatory action is Ontario’s decision to close its coal-fired power plants. They may not be taxes, but such moves do have costs — they just show up elsewhere, like on your hydro bill. In any event, the Ford government is vocally opposed to burdensome regulation and has vowed to cut “red tape” holding back business. So regulation would seem to be out, too.

(It shouldn’t be forgotten that carbon pricing is designed to avoid the potential costs of either politically favoured subsidies or heavy-handed regulation. It was the preferred conservative alternative to those things back when the left wanted to focus on punishing big corporations. But conservatives then decided a carbon tax was also unacceptable.)

That’s more or less it — climate policy pretty much has to involve carbon pricing, subsidies, regulation, or a mix of the three. And in Ontario, at least, the Tories are opposed to all three to varying degrees.

So Phillips has got his work cut out for him: last week, the Nobel Prize in economics was awarded in part to one of the most prominent advocates of carbon pricing. The next day, the Intergovernmental Panel on Climate Change warned that we’re running out of time to save ourselves. Some of the world’s most august experts are shouting from the rooftops about what’s coming and how to stop it — and Phillips is going to need to do something.

But again: he chose this job. 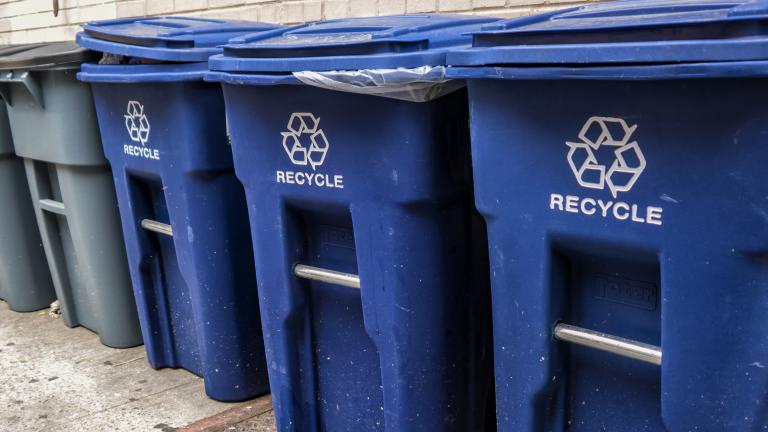