Going to a citizenship ceremony? Bring some tissues

By Steve Paikin - Published on Mar 01, 2016
Steve Paikin had the honour of presiding over a citizenship ceremony for new Canadians on Feb. 23. Image credit: Alyssa K. Faoro

Last week, I told you about a citizenship swearing-in ceremony I attended in Scarborough as preparation for my own duties leading 70 would-be Canadians in the oath of citizenship.

On those days when we are inundated with bad economic news on the home front and political craziness south of the border, it’s useful to remember that there are still great moments of joy around some of our most beloved institutions. And I had the privilege of seeing more of that last week.

Seventy immigrants waiting to put the finishing touches on their citizenship gathered at the Ismaili Centre in Toronto on Feb. 23 for what was one of the most emotion-packed ceremonies I’ve ever seen. In discussion groups organized by the Institute for Canadian Citizenship, the soon-to-be-citizens and their supporters shared their stories of how they got to this day. 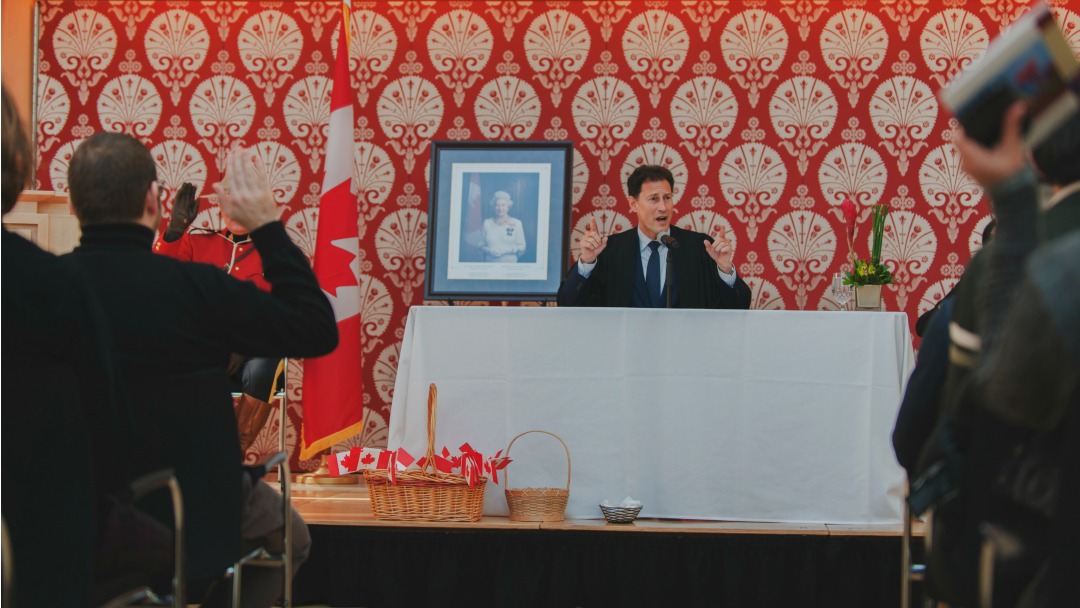 But the love and gratitude to Canada and Canadians was unlike anything I’d heard in years.

“We’ve sacrificed a lot to get here,” one said. “But we remind ourselves why we came here. It’s a great honour to be accepted by a country that’s done so much to keep peace in the world. We’re grateful.”

“I’ve never felt I didn’t belong,” added another. “I’m proud to be a Canadian citizen.”

One young woman told the audience, “I came here for freedom. I can go anywhere, as a girl, which I couldn’t do back in Pakistan.”

One young man had the room in stitches when he said he arrived to a winter “that’s a little bit brutal. But I’m Arabian bred, Canadian fed, and now I love winter! And I will never forget the warm welcome of this country.”

They spent half an hour of sharing stories, both in smaller groups and then before the entire hall. It then became my job to lead “the 70” in saying the oath of citizenship in both official languages.

Others who have done this before me gave me some advice: bring a tissue. Naturally, I didn’t listen. I’m a journalist, who’s had to speak before the odd crowd in his day. I couldn’t imagine not being able to keep it together.

I should have listened.

We did it in French first. No problem. Then we repeated it in English. I started, a few words at a time, pausing as they repeated the oath.

“I swear that I will be faithful and bear true allegiance to Her Majesty Queen Elizabeth the Second, Queen of Canada, her heirs and successors, and that I will faithfully observe the laws of Canada and 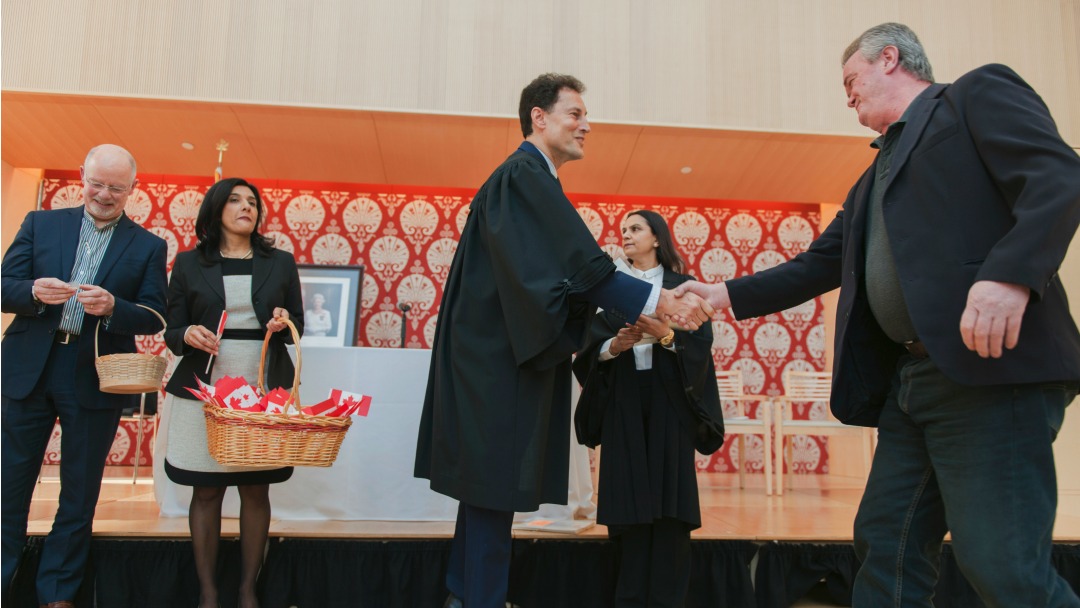 I paused here. I had to. I just got so choked up, it shocked me. My voice cracked. But somehow I got the words out:

“As a Canadian citizen.”

They repeated the words. And it was now official. Our country now had 70 more citizens with an array of rights and responsibilities to contribute to this project we call Canada.

I gave them each their certificate of citizenship, shook their hands, sang the national anthem with them, and just marvelled.

Opinion
How Ontario can reach — and respect — the unvaccinated
Zain Chagla

Coronavirus
COVID-19: What you need to know for July 26
TVO.org staff

The Agenda in the Summer
Delving into Niagara's Spanish Flu
sfy39587stp16