OPINION: Under the Criminal Code, the threshold for hate speech is so high that virtually no one can be shut down
By Iman Sheikh - Published on Nov 03, 2016
Protesters march against Bill C-16 at the Toronto Pride Parade in July 2016. (Reynaldo Vasconcelos/Canadian Press)

Oct. 18 was, by all accounts, a historic day for Canada’s trans community. The House of Commons passed a bill to add gender identity and gender expression to the list of prohibited grounds of discrimination under the Canadian Human Rights Act. If passed by the Senate, both the CHRA and the Criminal Code will be amended.

But while this is good news, it leaves the more basic failures of our hate speech legislation unaddressed. Despite this significant step forward in fighting intolerance, our hate speech laws are still distinctly equivocal — or in other words, incredibly Canadian.

In Canada, free speech is limited under the Criminal Code in instances where speech is deemed to encourage hatred; a conviction can mean up to two years in prison. According to Section 319, speech can be limited when (1) statements are made in a public place that incite hatred against an identifiable group and could lead to a breach of the peace, or (2) a person wilfully communicates statements that promote hatred against an identifiable group outside of a private conversation.

But then the law puts limits on those limits, setting an extremely high threshold for finding someone guilty of hate speech. Section 319 lists four defences against hate speech: if a person (a) proves their statements are true; (b) is making a "good faith" argument based on religion; (c) is having a discussion "for the public benefit"; or (d) intended to describe materials that could lead to hatred toward others, for the purpose of having those materials removed.

It's proving the "wilful" part of the promotion of hatred that's difficult, according to Toronto criminal defence lawyer Paul Alexander.

“They have to know good and well that the promotion of hatred will be the result of their statements,” he says. “According to the Supreme Court’s interpretation of the law, a careless or passing statement that was not made with the intent to promote hatred or the knowledge that it would do so is not criminal.”

The very word “hatred” further narrows the scope of the law. As Lyndon Maither writes in “The 325": The Supreme Court and Our Criminal Code and Ors, “this word, in the context of 319(2), must be construed as encompassing only the most severe and deeply felt form of opprobrium.”

In other words, “hatred” must be proven to be more than a passing slur or insult.

“It’s not enough to express mere disapproval or distaste,” explains Alexander. “The language has to be very severe, otherwise you’re not guilty of an offence.”

Canada’s hate speech laws weren’t always this narrow. Prior to June 26, 2014, speech was also limited by Section 13 of the Canadian Human Rights Act, which prohibited hate messages delivered over the phone and via the internet. Because the burden of proof under that act is significantly lower than the burden of proof required to obtain a conviction under the Criminal Code, it was easier to successfully win hate-speech complaints when Section 13 was still in effect.

“Under the Human Rights Act, the burden was not beyond a reasonable doubt. It was on a balance of probabilities,” says Faisal Joseph, a partner at Lerners law firm. “Instead of 80 to 90 per cent certainty of guilt, a civil standard meant even 51 per cent would be enough for a conviction. Think of balancing it on a scale.”

The Harper government repealed Section 13, following a period beginning in 2007 during which human rights commissions and tribunals in Canada were scrutinized for the way they were using it.

The  significant hate speech case prior to the axing of Section 13 was a series of complaints lodged against Maclean's magazine in December 2007 over their publication of 18 allegedly Islamophobic articles between January 2005 and July 2007, including one by conservative New Hampshire-based columnist Mark Steyn titled, "The Future belongs to Islam." The complaints were filed by a group of law students in Ontario and by the Canadian Islamic Congress in B.C., after the magazine, when approached by the former, refused to publish a response or rebuttal. While the Ontario Human Rights Commission condemned the Maclean’s pieces as  “inconsistent with the spirit” of the Ontario Human Rights Code, and doing “serious harm” to Canadian society by “promoting societal intolerance” and disseminating “destructive, xenophobic opinions,” it dismissed the complaint in 2008 because of a jurisdictional issue. The code did not extend to reviewing print publications, but only to “any notice, sign, symbol, emblem, or other similar representation that indicates the intention of the person to infringe a right.”

In spite of the dismissal, there was a small victory for the accusers, according to Ontario complainant and lawyer Naseem Mithoowani.

“Even though the OHRC couldn’t take the complaint, they felt the need to make those statements, which is pretty unusual,” she says. “And it definitely signified to us that they felt strongly enough about the content of the article to do that. Our position from the beginning was not so much that this is dangerous speech period and it needs to be stopped period — it was a little more nuanced, because the article was being allowed to remain without any counter or the voice of the group being targeted. There was no balance.”

The contentious case was discussed in mainstream media long after its dismissal by the OHRC, and in June 2012, by a 153 to 136 vote, the Tory caucus supported a private member’s bill from Alberta Conservative MP Brian Storseth to repeal Section 13. A year later, Bill C-304 was passed with a 12-month phase-in period.

Some groups representing minorities, such as the Centre for Israel and Jewish Affairs (CIJA), campaigned unsuccessfully for changes to the Criminal Code when Section 13 was killed. 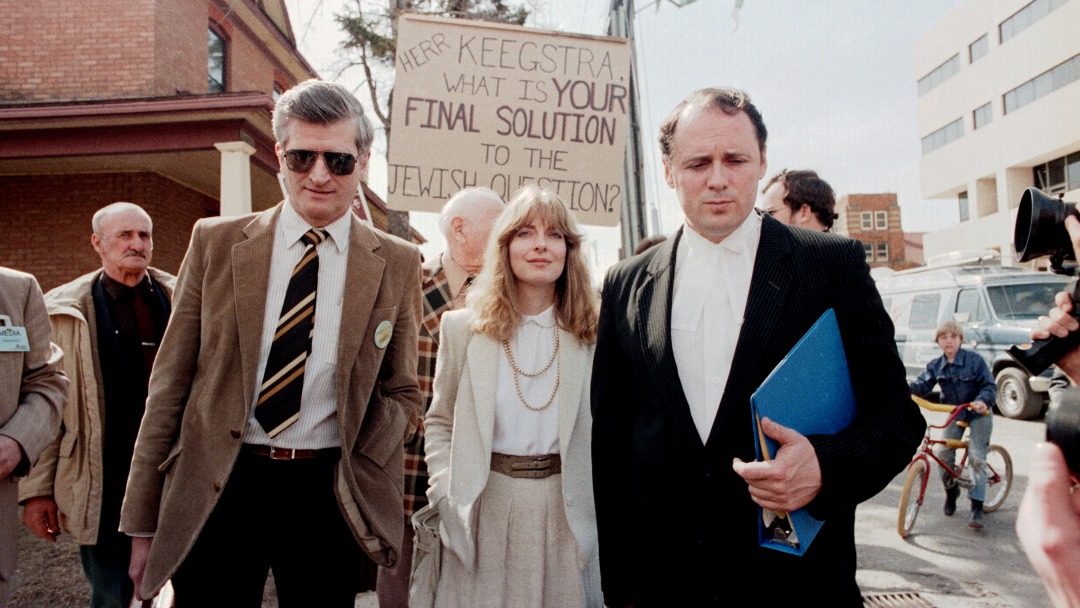 “When it became clear that the section was to be repealed,” says Richard Marceau, CIJA general counsel and senior political advisor, “we advocated for a stricter application of Criminal Code provisions and encouraged attorneys general to bring charges when warranted. We also advocated for the creation of specialized police units to deal with hate speech, similar to the model in British Columbia."

No such specialized police units were ever organized, Marceau says, and "to our knowledge, there has not been a stricter application of the Criminal Code.”

However, a conviction under the criminal code is not impossible: There are rare instances where the Criminal Code’s standards for hate speech are met. In 1991 case R. v. KEEGSTRA, Alberta schoolteacher James Keegstra was charged under section 319(2) with wilfully promoting hatred against an identifiable group by communicating anti-Semitic statements to his students. Over a period of several years Keegstra had taught his students the Holocaust was not a real historical event but one invented by Jews to gain sympathy; he later gave his students examinations on his own theories and opinions of Jews. Crown attorney George Combe argued that Keegstra's conviction should be upheld, and that he should be subject to a stiff sentence, because as a teacher his actions had implications and could set precedents that would have far-reaching effects on democracy. The Supreme Court agreed, making this one of the few cases that met the high threshold for hate crimes under the Criminal Code.

With Section 13 gone, there remains no civil process to deal with hate speech in Canada. Police cannot even charge anyone with criminal hate speech without the express approval of the provincial attorney general. Even once this approval is obtained, the process is time-consuming and expensive. So while this country does theoretically have laws in place to protect vulnerable groups and minorities from hate speech, functionally they aren't that effective.

“It wouldn’t necessarily be difficult to prosecute someone,” Paul Alexander says. “It’s just that the ambit of what you can prosecute someone criminally for saying is fairly narrow. Those cases don’t come up very often.”