Fuelled by fundraising: How my obsession almost drove me over the edge

Reeling from her brother's diagnosis, Liane Kotler did the only thing she could – rode a bike to conquer her fears about cancer
By Liane Kotler - Published on Aug 24, 2017
Liane Kotler and her husband, James Stewart, raise their bikes in triumph at finishing the Ride to Conquer Cancer. (Warren Kotler)

Last year, on December 27, I got the call I’d been dreading. My brother Warren’s spine had crumbled. He was in excruciating pain, couldn't move and was stuck waiting for his neurosurgeon to return from holiday. At that moment, I was capable of moving but I felt immobilized by sadness.

When Warren was first diagnosed with cancer in October, at age 53, it seemed limited to his breast. Yes, men get breast cancer. 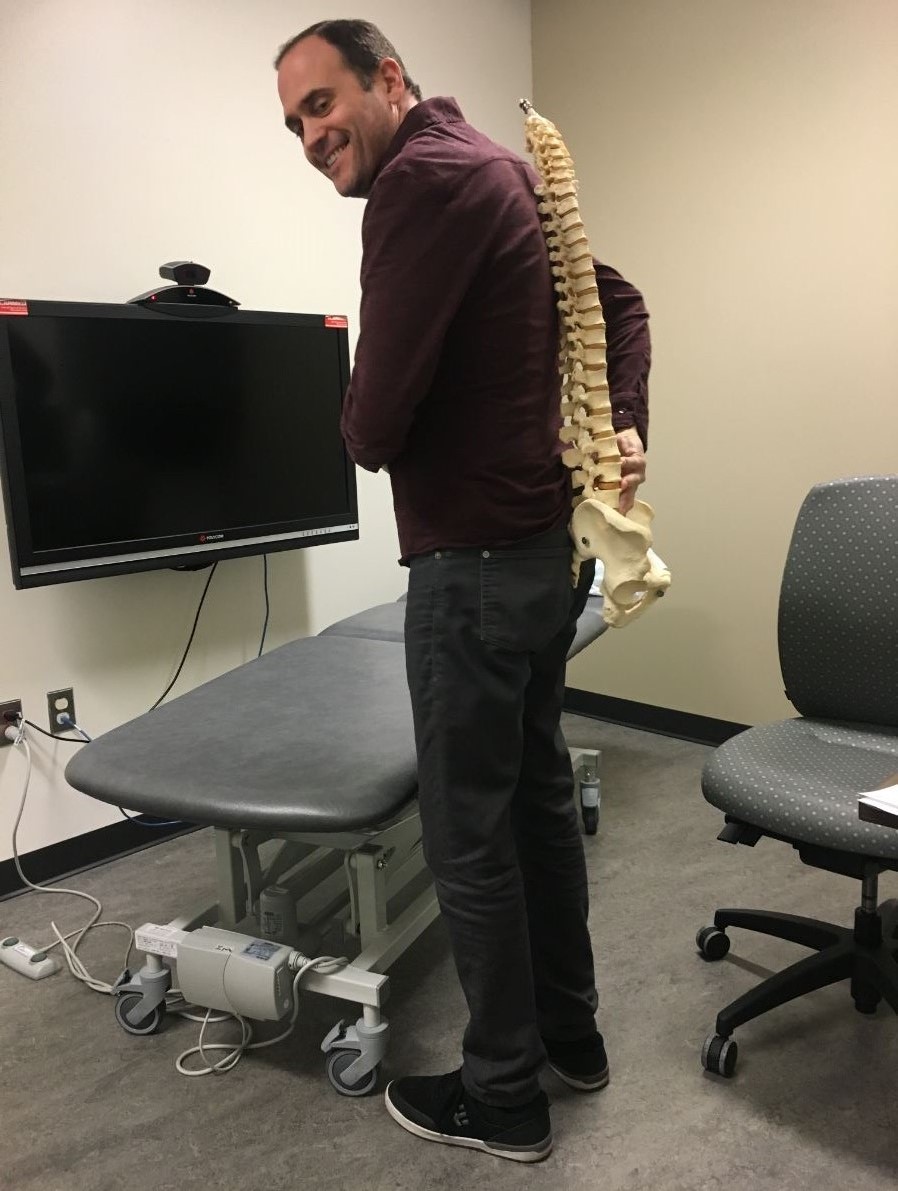 Often they ignore the symptoms, not realizing it’s possible. And then, it spreads. Warren’s cancer gnawed into two vertebrae like termites through damp wood. He was at risk of paralysis from the elbows down and worse, more cancer spreading.

A week later, the surgeon and his team returned from vacation. They scraped off what cancer they found and the hollowed vertebrae were filled with a bone marrow mimicking cement. They installed a scaffold-like structure around the affected area, rendering his spine permanently rigid from his shoulder blades to his lower back.

In the beginning, the prognosis had been good – a mastectomy, some chemo, and then back to life as usual, just like our mom and grandmother – both breast cancer survivors. In my family, we seem to be genetically predisposed to this. We thought it was restricted to the women.

Although Warren’s recovery from the five-hour surgery was speedy, our family was dumbfounded that he resolved to fly ten days later to Montreal for a family reunion, scheduled before the diagnosis. So much for my protestations that he not fly. I wheeled him on to the flight and a day later marvelled at his goofy, stiff, tentative dance moves at the party. As a kid Warren was a daredevil, leaping from tree to tree in the park, skateboarding steep hills, cycling at frightening speeds.

My brother’s ability to live in the moment has always frustrated me. When I started working as a journalist at age 25, I began saving for retirement. Warren laughed at me. Now, with the chill of Stage 4 breast cancer and the idea of having two to five years left to live, he quipped, “Well, I don’t have to worry about saving for retirement.”  I found Warren’s inability to worry disconcerting. When seriousness is required, don’t call Warren. I’m convinced this lack of an anxiety-enzyme, combined with his excessive will, led him to overcome the limitations of his titanium-reinforced spine. He has since jet-skied on Lake Erie, zip-lined at Long Point Provincial Park, and hiked Ontario’s grand wilderness.

If you have to deal with a beloved family member who has cancer, the one you want is the person prone to denial with heavy doses of impossible optimism. His trait I formerly labelled reckless, I now perceived as courage. All the while, emotional paralysis leaked into my day-to-day life. I lamented the random unfairness of it all. And the cancer goes to … a high-spirited guy with three 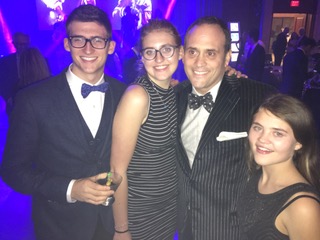 teenage kids, also known as one of my favourite people on the planet.

Then I saw a former colleague’s post on Facebook, asking me to contribute to his Ride to Conquer Cancer – a 200 kilometre cycle to Hamilton on day one and Niagara Falls on day two. All to raise money for Princess Margaret, the hospital treating Warren.

The decision to participate in this folly thankfully unshackled my melancholy and gave rise to a fighting spirit I knew I had in reserve. I saw Warren as a soldier of cancer, and me his trooper. I didn't contribute to my former colleague’s fundraising. In fact, I began to view him as my competitor.

As soon as I told friends my intentions, some said it was out of my league. They know I live off the fumes of my high school athleticism, even at age 51. But, I surmised, I’m still young enough to will my way through this epic cycle. My husband signed up too, encouraged me, and trained with me. I’d like to describe Rocky Balboa-esque scenes with sweat, grimaces, and pain. But that didn’t happen. I cycled 75 kilometres one day and thought, well, that was easy.  I rode 11 kilometres to work a few days in a row, figuring a similar distance and something resembling consecutive days was enough.

While I pretended to train, Warren genuinely took care of most of the fundraising. My endorphins kicked-in each time I logged onto my Ride to Conquer Cancer page. I was high on donations pouring in, sometimes a few thousand dollars a day. I had set what felt like an unattainable goal of $50,000. But as the numbers soared towards the target, I was like an ego-driven celebrity, fuelled by followers, likes and ratings – fundraising as ersatz training.

“I don’t use the word stricken,” he told me. “On the soliciting email I wrote: ‘The more money raised, the easier the ride will be on Liane’s rear end.’ There is no negativity. ‘Please help I’m stricken with this.’ I don’t take that approach in life. It’s not part of my makeup, my outlook, or my therapy. I have cancer, and hopefully we can find a way to buy our way through this. Research costs money.” 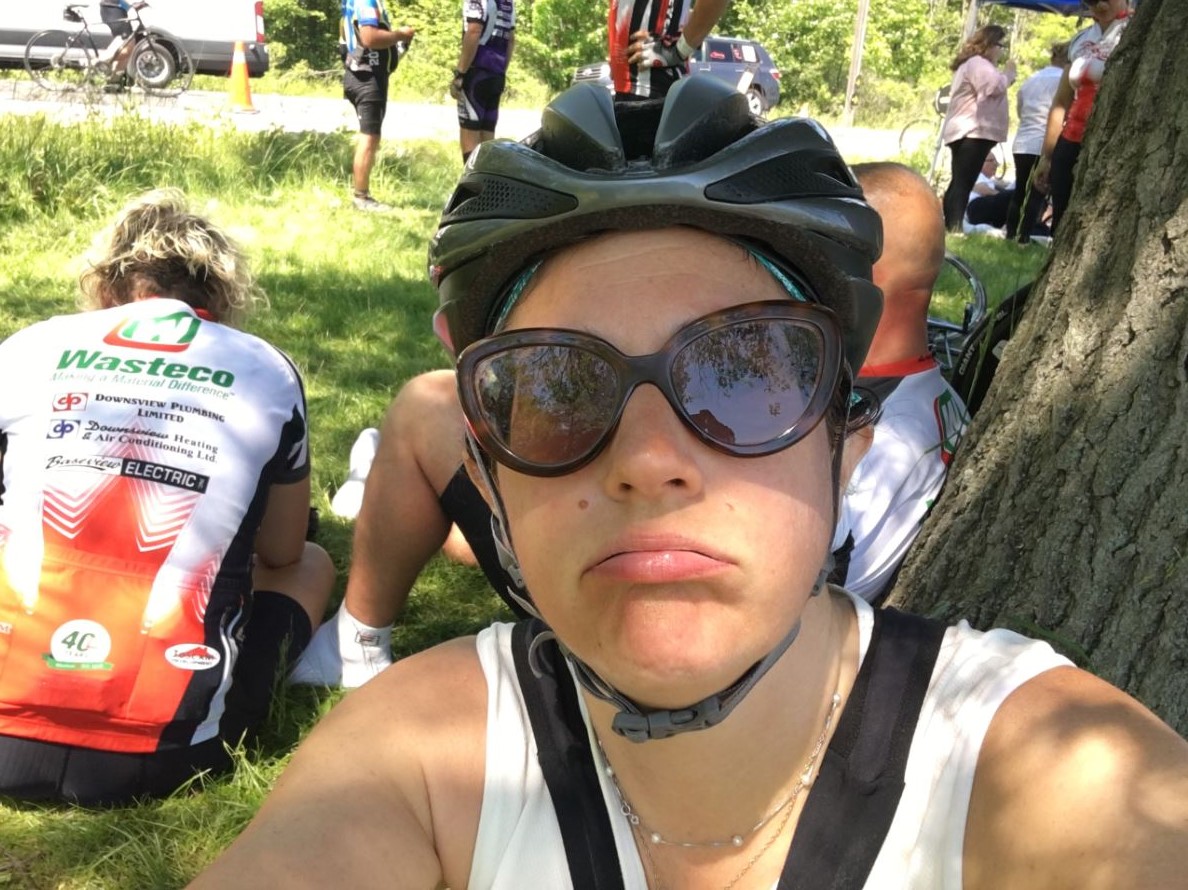 June 10, ride day one, arrived only a handful of months after I decided to go for it. I felt ready and inspired by the start-line rituals. Survivors and their loved ones told stories of making it through, doing the ride, and other goals they’d achieved. We also heard from relatives of those who hadn’t made it through the disease. The huge crowd fell silent. Many riders with yellow flags on the bikes were cancer survivors. As a top fundraiser – 17th out of more than 5,000 participants – I felt proud to wear my blue ambassador jersey. My ambitious team raised almost $40,000. I imagined that blue shirt gave me superpowers. I would need them.

While I felt high-energy and passion on day one, I was riddled with fatigue and a sense of resignation on the second day. I had no clue how to pace myself.

Cycling slowly, I had to move over often to let others pass. Once, early in the day, I swerved to miss a ditch. Relieved I recovered my balance, my thoughts quickly returned to the moment of the approaching ditch. Regret replaced relief: ‘Why hadn’t I flung myself in the gully?’ I could have broken a bone and been done with this foolishness, with my integrity intact. Somehow I continued but rested too often, and for too long.

At last, Niagara Falls shimmered in the hazy distance. I stopped abruptly to admire the view and hadn’t fully unclipped my brand-new cycling shoes. I regained my balance but could have been out of the race with a major tumble. I thought, ‘Be careful what you wish for,’ and continued to ride in a semi-state of somnolence.

Finally, I approached that seemingly unattainable  finish line. After two days, amounting to more than 14 hours on a hard bike seat, I felt nothing but pure elation. I saw my brother, my husband, and my mother on the other side. Warren had his phone ready to record the moment I crossed over the line.

I can’t say this fundraising will lead to the specific research prolonging my brother’s life. With the treatment he's receiving, he's been given a better prognosis than the early days of this ordeal. One doctor can’t see why he wouldn’t live to at least 70, another 90. None of us knows when our number’s up. I can say I did something though; I got up, rode my bike, and raised money for a good cause.

As Warren greeted me with tears in his eyes, he said: “Liane, I stood on the finish line for three hours in the hot sun waiting for you. And I didn’t want to leave. I was just amazed and inspired by all these people flowing across. Everyone has a story. Every single one.”