Four things Kingston can teach other cities about climate-change plans

The city's strategy is number one in the country, according to a new study. So what is Kingston's secret?
By David Rockne Corrigan - Published on December 14, 2018
Kingston is aiming for a 15 per cent reduction in greenhouse-gas emissions by 2020 and a 30 per cent reduction by 2030. (iStock.com/Onfokus)

KINGSTON — The municipality that has billed itself as "Canada’s most sustainable city" since 2009 now has some solid evidence to back up the claim.

The November issue of the journal Climatic Change contains a ranking of the climate-change plans of 63 Canadian municipalities — and Kingston comes out on top.

Plans were evaluated based on eight criteria, including how a community sets its climate goals, how effective those goals are, and how it measures and achieves progress.

Municipalities are the “most vulnerable” of all levels of government when it comes to climate change, explains lead author Dave Guyadeen, of the University of Guelph, because they face the most immediate impacts. ”So we wanted to know how they are responding to it,” he says.

So what lessons can Kingston offer other municipalities trying to come up with or improve climate-change plans?

Set clear targets (and meet them)

The report argues that climate plans “should generally be expected to include” both goals to reduce greenhouse-gas emissions, and policies aimed at achieving them. Kingston's target for the reduction of greenhouse-gas emissions is a key component of its strategy, says the city’s environment director, Paul MacLatchy. Using 2011 as a baseline year, Kingston is aiming for a 15 per cent emissions reduction by 2020 and a 30 per cent reduction by 2030.

“Our emissions inventory showed a 12 per cent reduction from 2011 to 2015,” says MacLatchy. “We’re now in the process of compiling our 2017 data, and the downward trend is continuing. I think we’re well on track to meet our 2020 target.” (Kingston and other Ontario communities were aided in such efforts by the phasing-out of coal as a fuel source for electricity.)

Improving the city's public-transit system is part of the strategy: thanks to greater service frequency and investments in express routes, ridership has more than doubled over the past five years. MacLatchy says that, although such initiatives cost the city a few million dollars per year, they’re helping it meet its climate goals.

The city is also working to encourage energy conservation and intends to double the number of urban trees by 2025.

Make it a team effort

Kingston also did well in the inter-organizational coordination and participation categories, which consider whether municipalities are working closely with local, provincial, and federal governments, as well as with the general public and local industry.

In 2012, the city created a non-profit called Sustainable Kingston, which helps local businesses and other institutions (such as Queen’s University) reduce their carbon footprint.

“[What we do] doesn’t always have to relate to energy,” says executive director Kristin Mullin. “If it’s a restaurant, for example, we might do a waste audit to find out how much food is being wasted. We might help with implementation of better recycling and organics programs.”

As one of Ontario’s seven Green Economy Hubs, Sustainable Kingston helps the city's companies share information and best practices with 220 businesses across the province.

(Kingston is also one of more than 350 members in the Federation of Canadian Municipalities’ Partners for Climate Protection program, which helps local governments take action on climate change by providing support and resources to help cut down on GHG emissions.)

Despite Kingston’s first-place finish, MacLatchy acknowledges that there’s still work to be done. As the study notes, most plans, including Kingston’s, focus more on mitigation (reducing emissions) than on adaptation (limiting the negative consequences of climate change).

“It’s important for us to consider what the climate is going to be like in the next 20 to 30 years,” says MacLatchy. “Today, for instance, people are concerned about ticks and Lyme disease. But it’s not obvious that we are seeing more Lyme disease because the warmer weather is more hospitable to ticks. What do people need to do to adapt to this new reality?”

In an effort to determine how local weather conditions may develop over the next several decades, the city has hired a consultant to make projections based on current climate-change trends. The numbers, MacLatchy says, are “very interesting, if not alarming.”

Today, Kingston sees an average of four days per year above 30 degrees. By 2050, the city is expecting to see as many as 30 such days.

“It certainly poses a risk to our most vulnerable populations,” says MacLatchy. “People can die. But it also makes infrastructure more difficult to maintain. It puts a strain on our electrical supply. All kinds of risks creep in.”

Guyadeen says that when he started crunching the numbers, he had “absolutely no idea” that Kingston’s plan would end up on top. He simply filled in a spreadsheet using a detailed set of criteria provided by each city.

He does note, though, that Kingston’s plan immediately stood out as being user-friendly.

“It was written in a clear way. The plan uses a lot of graphical components, lots of images. They talked about some of the specific impacts the city will face,” he says. “You want people to feel motivated and empowered to participate in the plan. If it isn’t communicated in a way people understand — your grandmother, anyone — that plan is not a good plan.”

Kingston
Rallying against racism: How these Kingston organizers want to turn words into actions

TVO.org is speaking to protestors across Ontario to find out what's happening in their communities — and how they're fighting injustice. Today, we interview Mofi Badmos and Lavie Williams of Black Luck Collective. 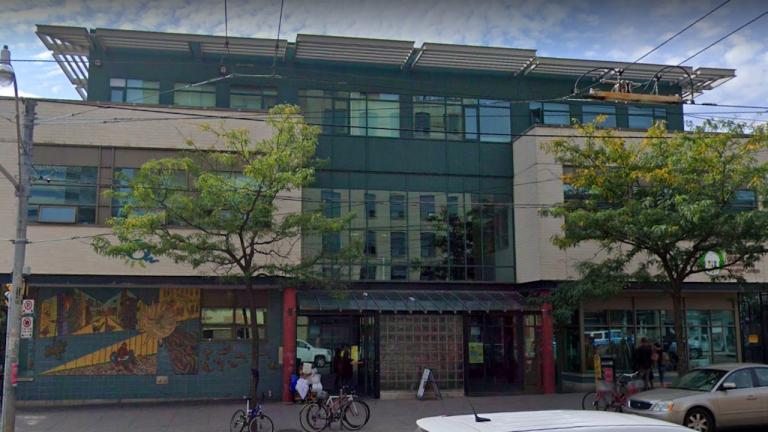