‘Forget the golf stick and use the hoe’: Why Ontarians embraced gardening during WWII

During the Second World War, those on the provincial home front turned to a morale-building and patriotic activity: victory gardening
By Jamie Bradburn - Published on May 08, 2020
Header of an ad from the April 29, 1943, Weston Times and Guide.

“Of all the by-products of the war there is little doubt that the victory garden is one of the most valuable. All true gardeners know the relaxation and peace of mind that contact with the soil brings. It is the best of all antidotes to the mental poisons of nervous strain in modern life. Doing real things with one’s hands, watching the wonderful thrust of nature’s will to live, is a source of deep satisfaction.” — editorial, the Globe and Mail, January 30, 1945

As Ontarians search for ways to cope during the COVID-19 pandemic, interest in backyard gardening is rising. There’s plenty of online discussion about gardening tips and where to find supplies in your neighbourhood. With communities, such as Brampton, announcing initiatives to encourage residents to grow their own produce for both exercise and food security, there are echoes of the victory gardens civilians planted during the Second World War.

The idea behind victory gardening was that, by having civilians grow their produce in their backyards or community lots, the country would avoid shortages if a large amount of traditionally farmed food were required for our troops and overseas allies (especially Great Britain) and that transport vehicles usually used for domestic food distribution would be freed up for war use. There had been some efforts to promote “war gardening” during the First World War, but the practice was not as extensive as it would become in the early 1940s.

While some victory-garden programs, primarily based around community lots on vacant land, were underway by 1940, the federal government initially discouraged the practice, believing that amateur gardeners would waste valuable commodities. As one pamphlet noted, “They would create the demand for equipment such as garden tools, fertilizers and sprays, which are made from materials needed by Canada’s war industries and because Canada’s vegetable seed supply can best be employed by experienced gardeners with equipment on hand.”

The public disagreed. “Gardens not only help solve our economic problems,” a letter to the editor of the Windsor Star observed in January 1942, “they improve national health, promote and encourage diligence, and help our democratic processes to function through strengthening neighborly ties.” In a speech given at Toronto’s Royal York Hotel in May 1942, landscape architect Frances C. Steinhoff suggested that, as people were travelling less due to gasoline rationing, “they will get acquainted with gardens in a way that they have not for some time.” While he noted that there was some initial expense involved, “as a hobby, it pays in maintenance of morale.” An editorial that month in the Milton Canadian Champion suggested that, to use their leisure time more wisely, people should “forget the golf stick and use the hoe.”

The federal government reversed its position in March 1943: Allied demands for food had continued to rise, the agricultural labour pool was drying up — and it saw an opportunity to promote patriotism. “It will be the duty of everybody,” federal minister of agriculture Jimmy Gardiner told the Ottawa Journal, “to utilize backyards and vacant lots in the production of food.” His Ontario counterpart, P.M. Dewan, asked members of the Ontario Horticultural Association to promote victory gardens within their communities. Dewan wrote a newspaper article encouraging Ontarians to grow crops, recommending beans, beets, cabbage, carrots, chard, lettuce, onions, parsnips, peas, radishes, and turnips. He especially encouraged potatoes, as long as growers bought certified seeds.

While in rural areas, victory gardening continued the practice of home-produce cultivation, it was a new experience for some city dwellers. There were plenty of pamphlets and newspaper columns to guide newbies through the process from preparing the soil (especially if it was poor quality) to canning at harvest time. “The householder who really wants to develop a vegetable garden,” the Globe and Mail observed, “must be prepared to enter into the partnership with nature, firm in the resolve to do the job properly.”

Cities got into the spirit, too. In its March 1943 advertising campaign, the City of Windsor touted the benefits of hours of exercise in the fresh air and the preserving of food for later use — both of which contributed to the goal of “licking the Axis.” Municipal politicians proudly displayed their backyard patches: Toronto mayor Frederick Conboy, for example, cultivated tomatoes. Local horticultural societies offered classes and competitions; in Ottawa, one policeman won the outstanding-victory-garden prize three years in a row. Although community plots were offered, one survey showed that 82 per cent of such gardens were maintained at home.

Promoters felt the initiative was also a great way to get amateurs into gardening. Housewives were assured that they could spend as little as 20 minutes a day tending to crops — and told that it would function as a character-building activity for children and pre-teens. “Let it be their garden,” the Ottawa Journal’s Ernest Bezaire wrote. “You will have the pleasure of basking in their accomplishments and they will find an interesting means of whiling away the boresome hours to say nothing of providing food.”

For some new gardeners, the initial ambition and excitement faded as the realities set in. “The trouble,” the Brantford Expositor observed, “is that the first few blisters or backaches, combined with the wearing off of the novelty, are apt to result in neglect, and what should have been a verdant garden patch becomes a collection of weeds.”

Some growers accidentally created new hybrids. Ottawa area victory gardener Jack LaBrie sent a sample of one of his plants to the Ottawa Citizen. “The plant has fine healthy potato leaves, and coyly peeping forth between them are several perfectly formed tomatoes,” the paper reported. “Not only that, but the potatoes at the bottom of the plant are in fine condition too.” LaBrie found 15 of these hybrids in his garden and guessed that tomato pollen had blown into the potato blossoms.

In some communities, loose dogs were as much of a problem as blights and insects. The public flooded police switchboards with calls about dog-damaged gardens. Throughout 1943, municipalities across the province tightened bylaws regarding wandering animals. While law-enforcement officials discouraged homeowners from taking matters into their own hands by leaving out poison, there was the possibility (at least in Toronto) that any dogs that were rounded up and then went unclaimed would be euthanized and their remains sent to a glue factory. “If it is a question of either having the dogs or the gardens,” the Porcupine Advance observed, “it would appear to be the only patriotic plan to forego the dogs.”

There were also human problems. In 1944 and 1945, Windsor reported several cases of youths pulling vegetables out of the ground and leaving them at the scene of the crime. In one case, a man was convicted of assault after he caught two teens stealing strawberries from his garden.

By the end of 1943, it was estimated that one in seven Canadians had planted a victory garden, producing up to 115 million pounds of food. When the war ended two years later, around 200,000 gardens had been created. Government officials continued to encourage gardening into 1946 to help fight famine in war-ravaged countries. People who discovered that they enjoyed raising their own food tended their patches for decades to come. The practice also inspired future community food gardens and has periodically enjoyed revivals during rough economic times.

Overall, as Ian Mosby observes in the Canadian Encyclopedia, “from a morale standpoint, victory gardens linked a wholesome and familiar form of domestic labour to a larger war effort in a way that could both include the entire family, and was also highly visible to friends and neighbours.”

The Agenda in the Summer
‘Gwyneth Paltrow never ceases to disappoint’: Grading celebrities on their pandemic knowledge
TVO.org speaks with University of Alberta professor Timothy Caulfield about how celebrities have helped — and hurt — the public’s understanding of COVID-19.
Daniel Kitts 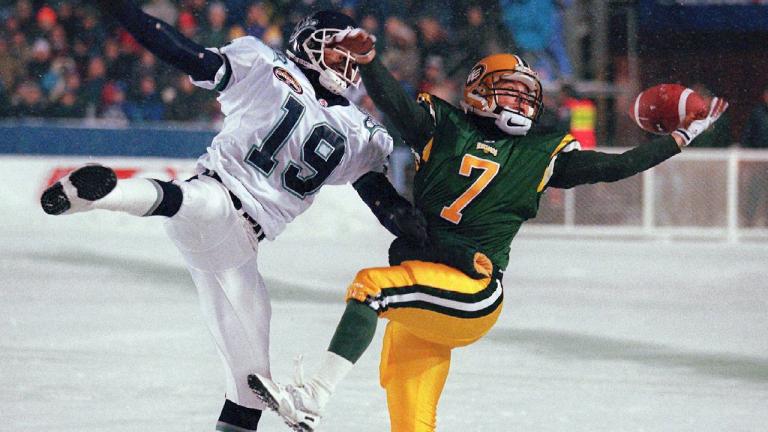