For the real meaning of the National Day for Truth and Reconciliation, look deeper. Six feet deeper

OPINION: Countless graves have been linked to residential schools. That should be marked by more than a single day
By Drew Hayden Taylor - Published on Sep 30, 2021
Memorial outside the former Kamloops Indian Residential School on July 15, 2021. (Darryl Dyck/CP)

What feels like a thousand years ago, when somebody who had been away for a very long time returned to our reserve, my mother would comment, “They always come home.” Not always, it seems. At present, we know of thousands who did not — that is the truth much of Canada has to reconcile with on this day of remembrance. Such a day is a good beginning, but one single day to address several hundred years of colonial malfeasance is the equivalent of picking one day to not walk when dealing with a broken leg. Healing takes time, and time takes time. At least as long as it took us to get here, to this situation.

The National Day for Truth and Reconciliation should be an annual commemoration.

My community of Curve Lake First Nation, huddled in the shining waters of the Kawarthas, was largely spared the direct genocidal influences of the residential-school system. Both my generation and my mother’s went to the Mud Lake Indian Day School, a place just as exciting as it sounds, located just down the dirt road in our community. While we got to return home at the end of the day, we were not allowed to speak our language and were repeatedly taught the wonders of this thing called the English alphabet (a, e, i, o, u, and frequently why) and the importance of prime numbers (my favourite is seven, only because it’s the same number as our traditional Grandfather teachings — but don’t tell my teacher).

Only those who came from broken families or who were considered difficult were sent off to those places that frequently appear in Indigenous nightmares — usually the infamous Mushhole, near Brantford. Still, what happened behind those dull red-brick walls affects us all to some extent. Picture a large Indigenous stone being thrown into a pond of cultural indifference and colonial superiority: not all of us were completely submerged, but we all got wet. Soaked, in fact. And many are still trying to dry off. That’s your depressing metaphor for the day. Do with it what you will.

As to be expected, the new National Day for Truth and Reconciliation — which shares its spot on the calendar with Orange Shirt Day  — has become somewhat controversial. Some provinces have embraced it, acknowledging it as a way of reconciling the past and moving forward. Yay, Manitoba, New Brunswick, and Prince Edward Island. Those provinces have recognized it as a statutory holiday; you get two Indigenous thumbs up. Many of the others are waffling, offering up an odd mixture of appeasement acknowledgements. In some, it has all the benefits and status of a provincial holiday; others leave it up to employers to mark the day in whatever way they see fit. Or not.

For the true purpose of the National Day for Truth and Reconciliation, you have to look deeper. Like, six feet deeper. Countless graves have been linked to residential schools; more will undoubtedly follow. Under any other circumstances, that many deaths that were the byproduct of government and Church involvement would be marked by more than a single day. But perhaps many think National Indigenous Peoples Day, marked on June 21, should suffice. An all-encompassing acknowledgement of past transgressions, combined with an honouring of current cultural status, should be enough to keep the Indigenous people happy.

I know many in the dominant culture are saying, “Why should I have to deal with this? I had nothing to do with it.” But, then again, Indigenous people had very little to do with Victoria Day (something to do with a lingerie company?) and even less to do with Easter or Christmas. Do not get us started on Thanksgiving. But we are an accommodating people: a few free days off to appease the great gods in Ottawa? We have no problem with that. In fact, there has always been substantial support for that in Indian country (yes, I can say that).

Like most, if not all, nations in this world, we believe we have a responsibility to our children. Part of that duty is to remember them, especially when the rest of the world has pretty much gone out of its way to eliminate that memory. Other than their deaths, this is probably the worst crime: trying to tell us they didn’t exist.

I’d also like to point out, we don’t need permission from those who participated in the cover-up to remember these lost warriors. It would just be nice to have friends standing next to us, not in front of us.

Quoting a line often attributed to one of the great colonizers himself, Winston Churchill: “Those who fail to learn from history are doomed to repeat it.”

Support is available to anyone affected by their experience at residential schools and to those who are triggered by the latest reports.

A national Indian Residential School Crisis Line has been set up to provide support to former students and those affected. People can access emotional-support and crisis-referral services by calling the 24-hour national crisis line: 1-866-925-4419. 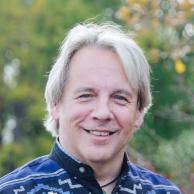 Drew Hayden Taylor is an award-winning playwright, novelist, journalist, and filmmaker from Curve Lake First Nation. His most recent book, "Me Tomorrow," was released in October.

Opinion
What happens when you plan around population growth, but your numbers are wrong?
OPINION: Ontario’s planning policies have repeatedly centred on projections that don’t pan out. A new report outlines the problem — and suggests some fixes.
John Michael McGrath

Coronavirus
How can we assess Omicron’s psychological toll?
Matt Gurney