Five things you should know about Ontario’s 2020 budget

ANALYSIS: Finance Minister Rod Phillips presented the province’s 2020-21 budget at Queen’s Park. TVO.org looks at what it will mean for Ontarians
By John Michael McGrath - Published on Nov 05, 2020
Minister of Finance Rod Phillips after the government’s daily briefing in Toronto on June 15. (Chris Young/CP)

Finance Minister Rod Phillips on Thursday belatedly unveiled his first full budget to the legislature at Queen’s Park. With the arrival of the COVID-19 pandemic, the province’s treasurer had to abandon plans for a spring budget for the understandable-enough reason that global economic chaos meant that any budget he tried to present would be out of date by the time it was presented. Nearly eight months later, the province is ready to make some tentative guesses about what the province’s economic and financial future will hold — and suggest some of the things it will do to shepherd Ontario through the pandemic and its recovery.

1. Record spending makes for a record deficit — but not record interest payments

Getting to the far end of a pandemic was never going to be cheap, and the numbers for this fiscal year prove it: the government intends to have spent $174.6 billion by April 1, 2021. This includes the usual functions of government and also billions of dollars in COVID-19 spending. On top of these program expenses, there will be $12.5 billion in interest on the province’s debt — and that debt is about to get substantially larger. Ontario's tax revenue has been reduced by about $10 billion due to the economic impacts of COVID-19, and, while transfers from the federal government have made up for a lot of that loss, that won't be enough to cover the massive increase in spending. So the province is looking at a $38.5 billion deficit: the largest in its history.

The government is obviously hoping for a healthier economy in 2021 and 2022, but the deficits in those years are still expected to be eye-watering: $33.1 billion and $28.2 billion, respectively. But, for the first time, the government is also hedging its projections and providing some alternative scenarios for its forecasts. If the economy recovers more quickly, the 2022 deficit could be as little as $21.3 billion — or as much as $33.4 billion.

These deficits add up, and the province’s debt-to-GDP ratio (a measure of how sustainable its debts are) is projected to grow from 39.7 per cent to 49.6 per cent by 2022. However, because interest rates are currently low, the costs of servicing that debt are expected to stay stable, growing by only $1.4 billion by 2022.

2. Health-care spending is, unsurprisingly, growing during the pandemic

The province’s health-care system is going to see a lot of the new spending. The budget restates many elements of the government’s Fall Preparedness Plan that have already been announced, including expanding the number of hospital beds and increasing pay for long-term-care workers. The government also makes permanent a measure announced in the spring: dedicated annual funding for small- and medium-sized regional hospitals to ensure that rural and remote communities continue to have reliable hospital service.

Notably, the budget does not outline a cost for the government’s recent commitment to provide long-term-care residents with an average of four hours of direct care per day; the government says that costs will need to be refined as the plan develops.

3. Lots of help for small businesses

The pandemic has been hard on small businesses, especially those — such as bars, restaurants, and gyms — that have faced long-term forced closures. So it’s not surprising that the government is rolling out new measures to reduce financial and regulatory burdens on Main Street, including a mandated reduction in the business-education tax, a provincially levied property tax used to fund school boards. While the tax is set by Queen’s Park, the rate previously varied by community. Not for long. The government plans to set all BET rates for industrial and commercial properties provincewide at 0.88 per cent, a reduction of one-third in the most expensive jurisdictions. It says school boards will make up any lost revenues through more provincial grants.

Municipalities will also be able to create their own “small business” property-tax category, meaning that cities and towns will be able to charge small businesses a lower rate than large ones. The government says it’s willing to reflect local changes in its own property taxes.

The Tories are also making permanent a change announced in the spring — increasing the payroll exemption for the Employer Health Tax to $1 million. They estimate that 90 per cent of Ontario businesses will not pay any EHT.

While the government’s spending plans focus on small business and the health-care sector, one of its biggest files will see relatively little new money in coming years: education. Spending this year grew by $857 million but is projected to grow only $100 million in 2021 and another $200 million in 2022.

Those would be relatively lean years for Ontario’s education sector. In contrast, the last Liberal budget before their 2018 defeat projected $31.5 billion in education spending this year — nearly $500 million more than this government is planning. Under the Liberals, education spending regularly grew by $1 billion in a budget year. Under the Tories, growth has been more constrained: the 2019 budget (which caused the government so much political pain) attempted to keep education spending to only $300 million extra between 2019 and 2023. That’s roughly in line with the level of restraint outlined this year, but will it be as politically costly to the Tories as their last budget?

5. The cries for Ottawa’s money will never stop

Premier Doug Ford and his federal counterparts have been getting along reasonably well during the pandemic, despite a more acrimonious past. But there are personalities, and then there’s policy. Not even the friendly mood between Ford and Deputy Prime Minister Chrystia Freeland can shake the fact that Ontario believes that the provinces generally (and this one, specifically) deserve more money from the federal government. This was true before COVID-19, it's true during COVID-19, and it will be true long after COVID-19.

This budget restates two demands that have been familiar going well back into the Liberal years at Queen’s Park: increasing the federal share of health-care spending to 35 per cent and modernizing the federal Fiscal Stabilization Program, which helps provinces when they see a dramatic decrease in revenue. Increasing Ottawa’s share of health-care spending would add about $10 billion in provincial transfers; lifting the current cap on the Fiscal Stabilization Program would provide an estimated $9 billion. That $19 billion is about half of Ontario’s deficit for this year.

As it stands, federal transfers to Ontario in this fiscal year were $33.4 billion, up $8 billion from last year. 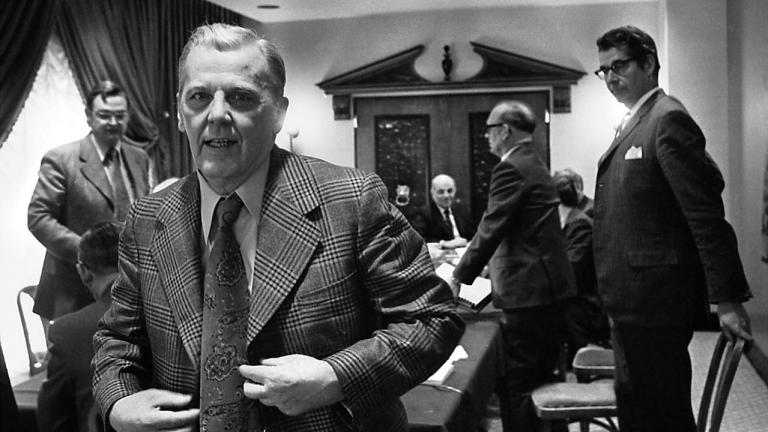