Five things we learned from the LTC commission

ANALYSIS: In the wake of thousands of coronavirus-related deaths in the LTC sector, Minister Merrilee Fullerton and Ontario’s top doctor face questions about the province’s responsibility
By Sabrina Nanji - Published on Mar 02, 2021
Minister of Long-Term Care Merrilee Fullerton at a briefing at Queen’s Park on May 28, 2020. (Frank Gunn/CP)

At more than 200 pages apiece, the trio of transcripts from last week’s back-to-back testimony from the top doc and cabinet ministers in charge of long-term care shed light on the province’s lack of preparedness to deal with the COVID-19 pandemic, which has so far claimed the lives of at least 3,744 residents and 11 staff, accounting for roughly half of Ontario’s death toll.

Here are five key takeaways from their interviews with the independent commission into LTC.

Fullerton “ahead” of top doc on asymptomatic spread

Notes she presented to the commissioners, one of the lawyers grilling her said, suggested that Fullerton was “ahead of the Chief Medical Officer of Health [Dr. David Williams] in many respects.” For example, she raised concerns about asymptomatic spread as early as February 5, 2020 — whereas Williams testified that he hadn’t accepted the scientific basis for that until later in the summer.

“I had suspicions early on,” she told the commission. “I’m a family doctor and spent many years dealing with the elderly ... they may not present with typical symptoms.”

She continued: “I recognize that at times people can overstep ... I needed to listen to the experts and the science, and I was trying to wear my — not my doctor or public-health hat — because that’s not the role I had.”

The minister was also apparently ahead of the curve when it came to essential caregivers — she pushed for them to be allowed back into homes as early as May, but the province didn’t make that happen until July, citing a too-high risk factor. And, in a video filmed in mid-March, days before the state of emergency was first declared, she refused to say that the risk of COVID-19 was low.

Speaking to reporters this week, Fullerton said that was her “personal view” on asymptomatic spread based on “anecdotal” evidence from around the globe. She raised those concerns with Williams but noted he had access to more information than she did.

Asked if she believed Williams’ advice was sound, Fullerton maintained her confidence in the top doc. “He’s had to look at the bigger picture,” she said Monday.

Opposition critics slammed the minister for advocating for stronger measures behind closed doors instead of sounding the alarm publicly. “Fullerton knew the ‘iron ring’ around long-term care was a lie — and when she couldn’t convince [Premier] Doug Ford to invest in protecting seniors from long-term care, she decided to go along with the lie,” said NDP leader Andrea Horwath.

Premier Ford himself was not called to testify, but he wasn’t spared criticism for seemingly not listening to his minister: “Ford is behaving like a lone wolf,” said Green leader Mike Schreiner. “This shocking disconnect has resulted in a shameful humanitarian crisis with thousands of deaths.”

“How many lives could have been saved had he acted on those warnings?” mused Liberal leader Steven Del Duca, whose own former government has shouldered a big chunk of the criticism over Ontario’s lack of emergency preparedness.

Ontario was slow to restock its arsenal of PPE — a hot commodity at the outset of the pandemic — after they had expired. Health Minister Christine Elliott largely blamed that on the Treasury Board’s revamped centralized procurement system (something Ford has likened to bulk-buying at Costco).

“That would have been my responsibility,” Elliott testified.

She said she expected homes to ensure they had a four-week stockpile of PPE, which is a requirement, and that stocks would be replenished as the expired PPE was disposed of.

“But that is at the same time the government was coming forward with centralized procurement, which slowed down that replenishment,” she said.

For all the times Ford has stood up at the podium to insist he’s following medical experts’ advice, that apparently wasn’t the case when it came to Ontario’s asymptomatic-testing protocol.

Public Health’s chief microbiologist, Vanessa Allen; the chair of the province’s expert panel on testing strategy, Jennie Johnstone; and Williams had warned that opening up asymptomatic testing to the broader community — instead of limiting it to such high-risk groups as health-care workers — wasn’t a good idea, because it risked overwhelming the lab system and delaying turnaround times.

But Ford plowed ahead and, on May 24, announced that anyone who was worried about exposure could get swabbed.

“How does the science get rejected in that?” the commission’s lawyers wanted to know.

Elliott insisted “that was very important to the premier” but added, “You would really need to speak to him about that.”

Testimony from the chief medical officer — first up in the hot seat last week — got testy at times. Williams was pressed on asymptomatic spread, which he said he hadn’t accepted until the summer, months after many scientific reports had warned about it. That prompted the commission’s co-lead counsel, John Callaghan, to ask Williams what he thought about using the precautionary principle in terms of asymptomatic transmission.

The principle, which came out of the SARS commission led by Justice Archie Campbell, advises health officials to take the most precautionary measures when scientific evidence is lacking.

Callaghan asked Williams whether he believed Campbell’s principle was “directly related to not waiting for scientific proof.” Williams replied: “No, his aspect was that if you are waiting for the case-control studies and all the science to get formulated, that is too late. You need to take some steps before that. But it doesn’t say throw science out the door and just wing it.”

“I don’t abandon the science totally. I depend on experts to give me advice,” he explained.

Chronic staffing problems, worsened by the pandemic, featured heavily in Fullerton’s testimony. Asked about the timeline for restricting personal support workers from working in multiple homes and potentially fuelling virus spread, Fullerton said the government was worried that would further “tip some of the homes into a [staffing] collapse.”

Most infections had already been contracted by the time the single-site staffing order came into effect in April; the commission pointed to a report from major operator Revera that showed 97 per cent of its resident infections occurred in the first wave.

Split off from the Ministry of Health in 2019, the standalone LTC ministry also experienced some growing pains when the pandemic hit. Fullerton said she needed to assert that new voice because her office was being left out.

“Just wondering why Ministry of Health is issuing, reissuing the guidelines without MLTC. I understand MOH is the lead, but MLTC must be part of this communication to our own sector,” Fullerton wrote in an email presented at the commission.

In another email, Fullerton’s chief of staff echoed the frustration about a briefing document, saying “PPE has been deployed to 10 hospitals and correctional facilities. This was done with LTC partners on the line. We are too often the forgotten partner.”

The commission’s final report and recommendations will land on the minister’s desk by April 30. 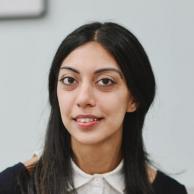 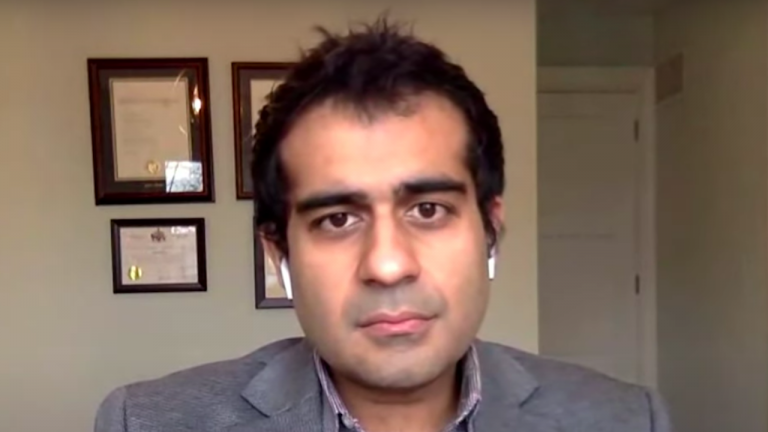 Coronavirus
‘Running out of luck’: An infectious-disease expert on variants and Ontario’s third wave
Matt Gurney