OPINION: The good news is that we can still prevent climate breakdown. The less good news: our window is closing — and we need to act
By David Miller - Published on Sep 08, 2021
A wildfire on the side of a mountain in Lytton, British Columbia, on July 1. (Darryl Dyck/CP)

We are 18 months into a global pandemic, three weeks into a federal-election campaign — and at least 26 years into a climate crisis.

Scientists have been warning for decades that increased average temperatures would lead to such extreme weather events as massive flooding and out-of-control wildfires.

We now are witnessing these events almost every week. In the past few days, we saw devastating flooding across the United States. In New York City, the financial centre of the most powerful country in the world, flood waters rose so rapidly that some residents couldn’t leave their homes, and drowned. This isn’t normal; it’s like 100-year storms happening monthly. Just the latest horror on a long list: the destruction of Lytton, British Columbia, by an out-of-control wildfire. And, unless we act now, it will get immeasurably worse.

About two weeks after the tragedy unfolded in Lytton, the United Nations’ Intergovernmental Panel on Climate Change issued its latest report. The message is clear: the planet has already warmed nearly 1 degree, and, to avoid climate breakdown, we must do everything possible to hold it to 1.5 degrees. This means that the world must halve emissions by 2030 to achieve a net-zero future by 2050 (some argue, based on science, that “net zero” must be an actual zero).

In order to achieve that goal, every country has to do its part to halve emissions by 2030. Given the short timeline, this will be possible only if we use proven technologies and policies — if we take what is working somewhere and do it everywhere.

In this context, national governments can learn from the world’s leading cities, including Montreal and Vancouver, that have already committed to climate plans that do their fair share to halve by 2030 on a path to net zero by 2050. Toronto’s greenhouse-gas emissions are 33 per cent below 1990 levels, and Edmonton has a persuasive and well-thought-out energy plan. Globally, municipalities are joining the UN’s Cities Race to Zero; such Canadian cities as Halifax, Ottawa, and Ajax are proudly on board.

Why are cities confident they can reach these goals?

Because they know there are real actions they can take in the areas of clean energy, buildings, transport, and waste management that will make their cities both low-carbon and also fairer, more economically successful places to live. A recent study by C40 Cities shows that Canada can meet its greenhouse-gas reduction goals, create millions of jobs, and generate tens of billions of dollars of economic benefit through investing COVID-19 stimulus funds in urban climate solutions such as these.

In the middle of an election, Canada faces a critical moment on climate. Will we take the actions required to do our share to halve global emissions by 2030? What does our country need to do immediately to create the decade of climate action we need? Here are five critical steps that need to start now:

So, if Canada’s climate plan needs to look like this, how do the platforms of the major parties stack up? The NDP comes closest to the mark: its plan is effective and economically sound and recognizes the urgency and the need for equity. The Liberal plan deserves high marks, too: calling for a cap on emissions from oil production for the first time is a bold step indeed. It is missing only the right level of ambition and more focus on equity. One can easily picture the last minority parliament combining the best of these two platforms into a bold, equitable, and meaningful strategy.

The Green platform, as one might expect, is bold — but it also, strangely, relies on some strategies that are technically challenging (rail expansion everywhere) or politically exceptionally difficult (closing bitumen mining within a decade or so). For this reason, it’s unconvincing.

The Conservatives? In March, members of this party voted down the following resolution: “We recognize that climate change is real. The Conservative party is willing to act.”

Despite that vote, the Conservatives do address climate in their platform, but it is hard to escape the conclusion that it has done so only to defuse climate as an election issue. That may be a smart political tactic, but informed voters will quickly see through the charade — the Conservative goal is well below what is needed, and they find multiple ways to equivocate about actually doing enough to achieve even that low level of action. At one point, the document says, “Public transit is important, but let’s be realistic” — that sums up the entire platform. It reads more like a defence of the oil and gas industry than a climate-change plan. Given the Conservatives’ history on this issue, it is hard to escape the conclusion that that is exactly what it is.

The world needs to make major strides this decade, starting now, if we are going to avoid climate breakdown and its financial, human, and natural costs. As I’ve said before, the best way to do this is to take what works somewhere and do it everywhere. The good news for Canadians? We can choose to act: if this election returns a minority parliament, as seems increasingly likely, the combined best features of the NDP, Liberal, and Green climate plans can put Canada on the right path. The even better news? The significant investments needed to produce this transformation will create millions of jobs and other benefits and help dramatically reduce the billions being spent to deal with climate disasters. From an economic perspective, climate investments pay off.

The fire that swept through Lytton so rapidly makes clear the human and financial costs of climate inaction — and, hopefully, makes clear to all of us the necessity to act now, while we can still make a difference. 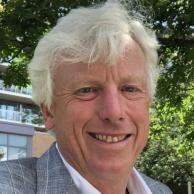 Coronavirus
It’s time to face facts: The vaccines have done just about all they’re going to do
Matt Gurney
sfy39587stp16