Nearly 700 migrant farmer workers in Ontario have tested positive for COVID-19. Two have died. And without better regulations, the virus will keep spreading
By Wendy Glauser - Published on Jun 16, 2020
Housing for migrant farm workers falls outside both the Occupational Health and Safety Act and Ontario’s Tenancy Act. (iStock/MichaelPenhallow)

In late May, Amy Cohen, an organizer with Radical Action With Migrants in Agriculture, in British Columbia’s Okanagan Valley, received a WhatsApp message from a migrant farm worker in Ontario. He’d gotten in touch with the organization, which advocates for migrant-workers’ rights and safety, because he’d worked in the region before. He and another worker were in the bunkhouse, their living quarters on farm property, because they were too sick to work that day. His friend was vomiting, short of breath, and losing consciousness. Could she call an ambulance?

Cohen called the worker and, speaking Spanish, asked him what their address was. He didn’t know. She asked him the name of the closest town. He didn’t know that either. But he had a pay stub, so he sent her a photo. It had Scotlynn Farm written on it. According to the worker, at least 20 of the migrant farm workers had symptoms, including him — and the sick and well had been living together for days. They’d told their boss about their symptoms, but he hadn’t sought medical attention for them, the worker said. They’d even taken the step of contacting the Mexican consulate, but it wasn’t helping either. Another labourer at the farm, in an interview with CTV News, said their boss had told them not to worry, that it was “like every year, people getting sick from the level of work that we were doing.” (Scotlynn Group did not respond to TVO.org’s requests for comment.)

After Cohen called 911, the sick worker was taken to the hospital. He spent about a week there. Cohen worries about what would have had happened if the worker hadn’t had her to contact: “How long would it have gone on for?” In early June, the farm was in the news because 164 out of 222 workers had tested positive for COVID-19.

At publication time, 688 migrant farm workers have tested positive for COVID-19 in Ontario, according to Chris Ramsaroop, a spokesperson for Justice for Migrant Workers. Two have died: 31-year-old Bonifacio Eugenio Romero and 24-year-old Rogelio Munoz Santos. (Neither Romero nor Santos worked at Scotlynn farms.)

The disease is spreading rapidly among migrant farm workers for several reasons, advocates say. The main one is that they live in very close quarters. Workers sleep in bunk beds — four, eight, or even 20 to a room. They might share three stoves, eight sinks, and one television between 60 people. During the pandemic, some farms have drastically cut back bunkhouse occupancy and introduced strict physical distancing, cleaning, and symptom-reporting protocols, but others haven’t. There are few standards. As Ramsaroop explains, housing for migrant farm workers falls outside both the Occupational Health and Safety Act and Ontario’s Tenancy Act. “Cramped housing, cramped transportation, a lack of occupational hygiene practices because of a lack of regulation — all these are creating this population ripe for the pandemic,” he says. While migrant farm workers have country-based “liaison” officers who are tasked with defending their safety and rights, he says, these officers want to make sure their nationals aren’t seen as overly demanding, because that could jeopardize their country’s overall participation in the program — and all the remittances that go with it.

Perhaps most egregiously, he says, closed work permits mean that workers are “tied” to one employer. If the situation doesn’t work out, they can’t simply get hired on another farm; instead, they’re often sent home. And, for many of the workers, all of whom are from the Caribbean and Mexico, that means losing the only opportunity they have to put their children through school. And, as a result of the looming threat of deportation, migrant workers often don’t seek health care until situations are dire: they work through symptoms and don’t report unsafe working conditions. “The agenda for each worker is to be able to return the following season. These workers are not going to jeopardize that, even if it means their health and safety.”

That’s why the worker who called Cohen pleaded with her not to let anyone know he’d called 911; he didn’t want it getting back to the boss. That’s also why labourers on three different farms have told Ramsaroop that those with COVID-19 symptoms had been housed for days with those without symptoms. He suspects that happened due to a combination of workers’ not wanting to report symptoms for fear of lost income, and employer negligence.

Ramsaroop and other advocates saw this coming. In March and April, his group wrote to representatives in the provincial and federal governments calling for hazard pay, PPE protections, and workplace and enhanced bunkhouse inspections to prevent outbreaks. None of that happened; instead, workers have told Ramsaroop that they have been getting a mask per week; as the Globe and Mail reports, inspections were done virtually, with photos. There has been no pay increase (minimum wage). “You know when you’re watching a crisis about to happen and you feel helpless because no one else seems worried?” Ramsaroop says.

Janet McLaughlin, a professor at Wilfrid Laurier University, says that she and her colleagues in the Migrant Worker Health Expert Working Group wrote Canadian government representatives demanding standards for physical distancing in bunkhouses all summer long. But no such national standards were developed beyond the quarantine period; instead, local jurisdictions were left to create their own guidelines.

In Ontario, Norfolk County’s public-health department went the furthest, stipulating that bunkhouses have only three people, but a company successfully challenged the decree in court, on the basis that the number was arbitrary and that it was unfair that farmers elsewhere in Ontario could continue with existing dwellings. Brett Schulyer, who challenged the law, says his workers prefer living in the bunkhouse, where they can cook their own food and have internet to communicate with their families, to living in hotels. He also says that the “margins are tight” in produce farming — Canadians aren’t willing to pay dramatically more for locally produced food — and that the law didn’t come with adequate funding for housing alternatives. The 33-year-old says that the workers are the “heartbeat” of the industry; one worker, he notes, has been coming back to the farm since before he was born: “They’re more than a pair of hands. They’re extremely skilled, extremely capable.”

Jennifer Pfenning, an Ontario farmer who both employs migrant workers and has advocated for migrant workers for more than a decade, says that the spread of COVID-19 should be blamed on “a system that has set up farmers and farm workers in a no-win situation.” She calls the SAWP, through which her family’s business employs 35 workers, “inherently racist and based on colonial mentality.” She despises the closed work permits and the fact that the migrant employees pay taxes but can’t send their children to school here and face red-tape barriers to get compensation if they’re sent home with an injury.

Pfenning thinks that all seasonal farm workers should have permanent-residency status — something not available to the overwhelming majority of migrant farm workers: “If they’re good enough to work here and contribute to our country economically, why shouldn’t they be good enough to live here and raise their families here?” Permanent residency would let workers find their own housing, look for other work if they were being treated unfairly, and access the same workplace protections, health care, and benefits that Canadian workers have.

Despite the numerous problems Pfenning sees with SAWP, she continues to employ 35 workers through the program, in addition to around 100 local labourers. “People ask, ‘Why are we employing people under this program when it is so exploitive?’” she says. “And my responses is, ‘Try looking at these workers’ faces and telling them they don’t have a job, that their children are not going to be able to go to school.’”

The money is often a lifeline. Gabriel Alladhua began working through SAWP in 2012, after a hurricane devastated his own farm in St. Lucia — a hurricane, he makes clear, that was worsened by climate change, which, he points out, is being driven by countries such as Canada. SAWP let him put his two children through school. But Alladhua, who has been working with Justice for Migrant Workers for the past two years, says that, while the program helps families, it at the same time traps them in “a cycle of social ills and poverty.” His wife passed away, so his children were raised by relatives during the years he spent mostly in Canada. His son has dropped out of college, and his daughter failed her last year of high school. “The damage has been done from being away from them,” he says. “It’s a question I ask myself: Can money repair the damage?” Permanent-residency status, he says, wouldn’t just give migrant workers the same rights as Canadians; it would also put an end to family separations.

Not much is publicly known about the two migrant workers who have died of COVID-19 in Ontario. “We have not heard first-hand accounts from their families about what made them easy to love,” Susan Caxaj, a nursing professor and coordinator said in a press release issued by the Migrant Worker Health Expert Working Group. “We do not know about the ways that they made others laugh, or, what motivated them to be so far away from their country of origin, and their families.”

What has been reported is that Munoz Santos, who had an underlying condition, initially hesitated about seeking health care because he feared the cost, despite the fact that migrant workers are covered by the Ontario Health Insurance Plan. Eugenio Romero was in isolation in a hotel room for more than a week before he called 911 because he was having trouble breathing. According to the Globe, he died before he got to the hospital.

Steph Mayell, a PhD student at the University of Toronto who speaks to migrant farm workers as part of her research into their mental health, says that workers haven’t been given enough information about their rights to access health care and to receive compensation if they contract COVID-19 — or about what to do to protect themselves and what to do if they get sick.

“The main thing my worker friends need is information,” she says. “I’m trying to wrap my head around how it would feel to be in isolation in a hotel room in a foreign place, with no language abilities to communicate.” McLaughlin says all Canadians should wrap their heads around that fear and think about the shock and devastation their families are experiencing now. “I feel like Canadians need to take more responsibility for the people growing our food.” 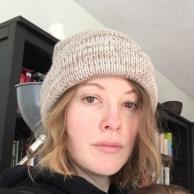 Wendy Glauser
Description
Wendy Glauser is a freelance health reporter who has written for the Globe and Mail, New Scientist, and The Walrus.
Follow @

Coronavirus
COVID-19: What you need to know for January 28
TVO.org staff