Fatberg, dead ahead: Why experts want you to stop flushing things you shouldn’t flush

When you put a cleaning wipe or a baby wipe or a bathroom wipe down the toilet, it doesn’t just disappear — and, during COVID-19, that’s creating big smelly problems for sewers across Ontario
By Diane Peters - Published on Apr 16, 2020
Experts warn that many products that bill themselves as flushable are, in fact, not. (iStock/nito100)

On March 31, the City of Thunder Bay got a call from a resident in the north end of town: their basement was flooded with sewage. Crews geared up in personal protective equipment and headed over. When they checked out the sewer system, they found a nine-metre-long blockage made up mostly of wipes. Antibacterial cleaning wipes. Baby wipes. Bathroom wipes.

Across the province, as families hunker down at home due to the COVID-19 pandemic, municipalities are reporting sewer blockages of increased size and frequency. Hamilton, London, Ottawa, and Thunder Bay have reported more sewer problems. Barry Orr, sewer-outreach and control inspector with the City of London, recently checked in with worldwide wastewater colleagues. “Every single country is seeing way more blockages than they’ve ever seen,” he says. “Everybody is trying to get to the word out.”

Some wastewater workers call the larger blockages — massive clumps of wipes and other unflushable materials bound together by fats and greases — fatbergs. (A 42-tonne one recently found in Melbourne took a team nine hours to remove.) Both these and smaller masses can jam up a sewer system and cause damage to pumps and screens.

These wipes may slip away down your toilet, but they won’t break down in the sewer system. Orr put one to the test using his washing machine. After a 33-minute cycle, complete with agitation, it came out, he says, “100 per cent fully intact.”

Orr, who’s working on a master’s degree in environmental applied science and management at Ryerson University has also engaged in more traditional scientific research: he helped with a 2019 study looking into the flushability of wipes and other products. He conducted research at Ryerson’s flushability lab — essentially, a toilet attached to a maze of pipes, plus the lab has agitation boxes filled with water. The study of 101 single-use products, 23 of which were labelled flushable, found that few fell apart in the system; none of the wipes did.

The worry that toilet paper could become scarce during the pandemic has likely compounded the problem. “If there’s nothing handy, people reach for the next best thing, like baby wipes,” says Morgan. These are also not made for flushing. And facial tissue may resemble toilet paper, but it doesn’t disintegrate nearly as easily. Paper towel does not break down; feminine-hygiene products don’t either. (And it’s not just the most obvious culprits that contribute to fatbergs: Orr recently found a rubber dog toy in a sewer blockage.)

“Wipes are like making a snowman in your backyard,” says Andrew Grice, director of Hamilton Water for the City of Hamilton. “They start clumping together and get bigger and bigger.” The city has had two major blockages in the last few weeks.

He adds that busy home cooks have also been dumping more binding agents — cooking fats, greases, and oils — down the drain, where they act like glue and hold solid products, such as wipes, together. It’s not easy for municipalities to manage what goes down residential drains, Grice says: “We have a much easier time enforcing this with companies than we do homes.”

Then there’s the fact that self-isolation has changed Ontarians’ bathing schedules. In normal times, Morgan says, people take simultaneous early morning showers, flushing out the system and dislodging small clumps in the sewers before they turn into blockages: “We’re not getting those big pushes between 7 and 8 a.m. every day.”

To mimic the effect, the City of London has launched the Toilet Flush Challenge, which entails flushing all the toilets in a household at the same time to break up any small blockages.

Ontario cities, including Hamilton, London, and Thunder Bay, have launched public-education campaigns to remind people what, exactly, should go down drains — and what shouldn’t. “Only flush toilet paper down the drain. Do not flush wipes, they plug the pipes!” says a poster from the City of Thunder Bay.

It’s not just the health of the sewers that experts are worried about — worker safety is also top of mind. Two-person teams now travel in separate vehicles, Grice says, but when crews have to crowd in a sewer, it increases the risk of contracting COVID-19. “I’d prefer to not send our crews out,” he says.

Morgan echoes those concerns. “When crews go out, we have to put them in less-than-ideal conditions in terms of social distancing,” he says. “We don’t know if this virus can be spread through fecal matter. We also might be exposing our crews to other things. I sincerely hope not.” 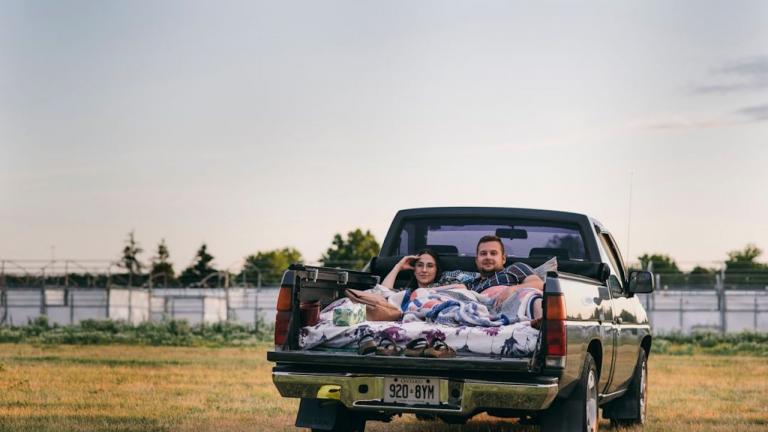 Coronavirus
Summer at the drive-in during COVID-19

When the pandemic closed indoor theatres on March 17, drive-ins seemed like a ready-made alternative — and across the province, Ontarians are watching movies under the stars.