Excerpt: Tom Rand’s ‘The Case for Climate Capitalism: Economic Solutions for a Planet in Crisis’

An environmentalist reckons with fatherhood — and trying to safeguard the future of both his child and the planet
By TVO Current Affairs - Published on Aug 13, 2020
Tom Rand writes, "Having kids is no longer morally benign — or even good — as it was in previous generations."(iStock.com/Nastco)

Partway through writing this book, I discovered I was going to become a father. His mother and I were both surprised, as it proved wrong a cadre of medical experts. The usual panic ensued and faded. It was obvious my life would change in lots of ways, many unexpected, mostly good, some inconvenient. But I knew I would handle it; after all, the same thing’s happened to billions of others for thousands of years! It’s part of being human. But one deep-seated fear simply won’t go away. It may not be something I can ever handle with grace. It’s partly why this kid thing hadn’t already happened.

Climate change terrifies me. Jokes about apocalyptic landscapes are as much confession as humour to climate nerds. It’s not just me — anyone who’s been in the carbon kitchen comes out in an uncomfortable emotional state. Each person deals with those demons in his or her own way. Eric Holthaus — a meteorologist and former columnist for the Wall Street Journal who writes about the impacts of global climate change — came out publicly about the way his work affected his mental health. He’s not the only one. By drawing attention to his own struggles, he normalized a conversation many of us want to have.

​What’s that got to do with the kid? The prospect of hitting catastrophic tipping points in the next few decades brings more than sleepless nights — it makes having a kid a complex moral question. First, there’s the issue of bringing yet another person to our profligate-emissions party. It’s uncomfortable (to put it mildly) to say climate change is as much a population issue as an environmental one. Having kids is no longer morally benign — or even good — as it was in previous generations. But, for me, it’s not just the population thing. After all, someone’s got to have them, and heck, I’m only having one!

My deep unease is because I know — absent a near-miraculous change in political will — my kid is likely to grow up in an age driven by scarcity and conflict. I can’t forget what I’ve learned about climate risk. There are good reasons most sane people tune out increasingly shrill warnings from the scientific and security communities. They are deeply unsettling, even anxiety-inducing.

One way I’d been keeping my own climate demons at bay was to believe I was one step removed from that possible future. I’m connected by love to an extended network of friends and family, of course, but with no kids of my own, I could fool myself into seeing climate risk as a philosophical problem or interesting anthropological challenge rather than a direct emotional threat. I’d live to see some effects, but, by the time things got catastrophic — say 2040 or 2050 — I’d be long gone with no real stakes in play. No more. My kid will be an adult then. Without some sharp turns in our economic system, he’ll almost certainly see some degree of breakdown in social order. So now I’m in way deeper than I’d planned, and it’s uncomfortable. Those demons have come back with a vengeance.

Days after discovering I was to be a dad, I attended the 2016 Planetary Security Conference in The Hague. Military brass and security experts, one after another, confirmed what I already knew: the degree of social upheaval coming our way is mind-numbing. The language they used was sombre: substantial risks of societal collapse, catastrophic effects, destabilization. That very year, every refugee hitting European shores came from water-stressed countries. The Syrian war was exacerbated by the longest and most severe drought in memory. The razor-wire fence around Bangladesh, backed by shoot-to-kill soldiers, is a dark premonition of what will happen when that crowded country begins to flood and the population looks to escape. When Russia temporarily shut down grain exports during a severe drought in 2012, the cost of food around the world skyrocketed. The resulting riots kicked off the Arab Spring.

The military community doesn’t see climate change as a simple set of individuated physical events, like droughts or storms, but as a “threat multiplier” that amplifies social tensions in ways we are just beginning to appreciate. Water stress in one place brings risk elsewhere: those Syrian refugees triggered a resurgence of the far right throughout Europe. And food markets are global; leaders cannot see their populations starve without resorting to what military might they have to get the food and water they need. Refugees by the tens or even hundreds of millions will not be contained in camps or by walls. Political tensions build in complex, interactive ways. We do not live in isolation. Our individual security is predicated on collective security. My kid can’t hide, even in a place like Canada.

We’re seeing now in the United States what can happen when people get nervous. Populist demagogues who play to those fears find room to breathe. Instead of banding together, walls — both real and metaphoric — go up. If people are nervous now because of recent mild shocks to accepted norms of economic progress, they’ll be terrified later. And, of course, a climate denier currently occupies the highest office on the planet. Things can go the other way. People in times of stress often come together and elect leaders of compassion and vision. But Trump’s win and early actions as president show that’s hardly a given. Most alarming is democracy’s massive overreaction to relatively tiny levels of personal insecurity compared to what’s coming. That reasoned debate and the rule of law in the U.S. are under threat today bodes ill for my kid and his peers.

My kid arrived just as the storms gather intensity. It was a hard week in The Hague. And a difficult year. It was tempting — and perfectly rational — to look the other way, to hibernate in a home filled with love, to leave the worry to others. But I can’t look the other way. I can’t give up. If for no other reason, I want that kid to know I tried. We can’t solve climate change, but we can still head off the worst. That’s my life’s work now more than ever. I’ve no choice but to dig deeper for solutions. This book is one of my shovels. So is my clean energy technology fund, ArcTern Ventures.

So is my work at the Toronto-based MaRS Discovery District. So, too, are my weekly debates on CBC News Network and elsewhere with right-wing libertarians who can’t yet acknowledge that we should even try to combat the coming storm. Whatever happens, that kid will know I did my best. I won’t choose the luxury of looking the other way, of getting lost in domestic life.

Climate change will, more than anything else, define the economic and social conditions of my kid’s generation. That’s true for Canadians, Pakistanis, and Africans. It holds for rich and poor, men and women, artists and venture capitalists. This is true whether or not we limit warming to relatively safe levels. To mitigate climate risk means decades of radical change to the economy, change we have not yet begun in earnest. Absent that effort, we face centuries of economic uncertainty and social unrest. We either make the kind of change that rights the ship as best we can, or we live with disruptive, dislocating, and damaging changes to the economy and planet. Either way, climate now dominates economic and social life. Some form of Climate Capitalism is inevitable.

Excerpted from The Case for Climate Capitalism: Economic Solutions for a Planet in Crisis by Tom Rand. © by Tom Rand. Published by ECW Press Ltd.​​​​​​​

Related tags:
The Agenda in the Summer
Author
Portrait Image 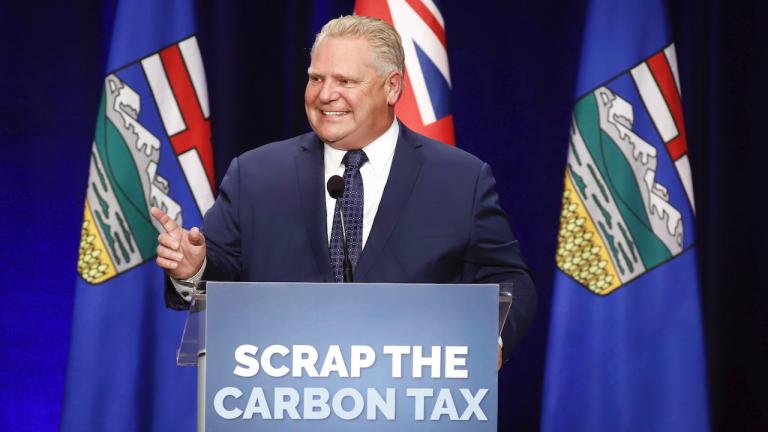 Opinion
With the court case settled, what should Ontario do about carbon pricing?
OPINION: The Supreme Court has ruled, and a carbon tax could be settled law. Here are the choices Doug Ford is facing now.
John Michael McGrath 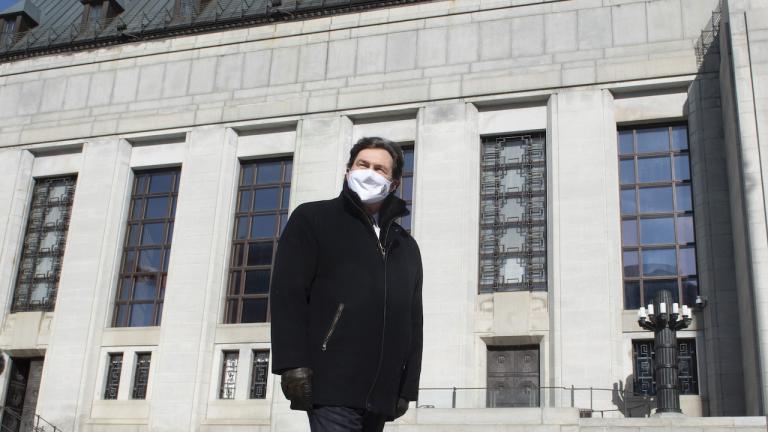