Jenna was 10 when her father was diagnosed with Parkinson’s at the age of 50. Unlike most 10-year-olds, she understood the gravity of the diagnosis — and set herself to doing some­thing about this thing that had attacked her dad. When she learned that funds were needed to help people live well with the disease and to spur on research for a cure, she decided to help those who could help her dad. Five years later, “Jenna’s Toonies for Tulips” campaign is going strong; she’s raised more than $50,000 for Parkinson’s. (In Canada, a toonie is the two-dollar coin.) 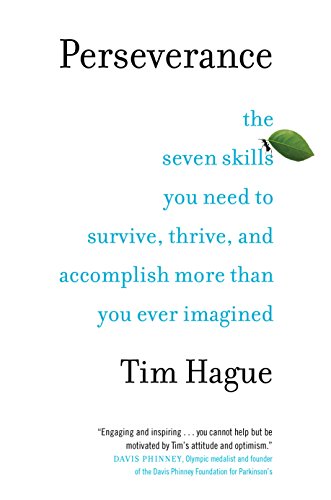 ​Jenna is the daughter of a good friend of mine. I’m con­tinually amazed and inspired by her work for Parkinson’s; she’s a constant reminder of the simplicity of what it is I want to do with my life. Like Jenna, I want to help. Whether it’s her dad or others like him, I want to see people lifted above the misery of their circumstances and inspired to live their best.

Hence this book. My greatest desire in writing it is to shine a light deep into people’s souls and convince them that there is a better way. Throughout the book I’ll provide practi­cal steps, but my first goal is to help us see the bright reality of what can be. Then we can set ourselves on the course to that reality.

Later I’ll discuss how this journey is best travelled with others. I’ve learned that I can’t make it on my own; instead, I’ve experienced the best of life in community. The most important members of mine are my family. At the age of 52, I’m a husband of 32 years to my lovely wife, Sheryl. We have four incredible children (two boys, two girls), a beautiful daughter-in-law, and one of God’s greatest gifts to humankind, a granddaughter.

By profession, I am a nurse. I reside in that unique minority of males who make up roughly 5 per cent of the profession. This is my chosen career, or at least the one I backed into. By passion, I am a writer, speaker, founder of a charity, entrepreneur, runner, and follower of Christ. These are the many important adjectives that describe who I am. Not listed in any particular order.

Then there’s that pesky little friend named Parkinson’s, which came into my life at a comparatively early age and which allows me to call myself patient, client, advocate, and fighter. I have a complex relationship with this “friend.” I love much of what Parkinson’s has brought me, while hating it and, specifi­cally, its symptoms. It’s a disease that typically afflicts individu­als over the age of 60. Seldom is it a bother to those under 50, with only about 10 per cent of the Parkinson’s population diagnosed before the mid-century mark. I was 46.

Parkinson’s is a progressive nerve disease of the brain that, in time, leads to a debilitation of a person’s motor functions. In other words, you can no longer control the movements of your body. The individual with Parkinson’s loses the impor­tant ability to produce a chemical called dopamine, leading to the classic symptoms of tremor, stiffness, slowness, and loss of balance. Along with myriad lesser-known evils referred to as “non-motor symptoms.”

Not all lottery wins are good things, and I’m not particu­larly happy about having won this one. But although my new best friend — whom I hate — has brought a certain level of grief into my life, it also played a direct role in my next lottery win.

At Sheryl’s urging, my son Tim Jr. and I applied to appear on The Amazing Race Canada. We had little expectation of hear­ing back. But Sheryl was certain we’d get an interview; they’ll be intrigued, she said, by my Parkinson’s diagnosis. Naturally, she was right.

Running that race has changed everything. It’s not only taught me valuable lessons in how to persevere but also allowed me the opportunity to pursue my passions.

Winning was incredible, of course. The trips, the prizes, the cash — it was all more exciting than words can describe. Yet my passions have never had much to do with things. As a nurse, it was always my desire to care for individuals. Early on, as a youth pastor, I wanted to help students find their way in life. Since then, Sheryl and I have been involved with a num­ber of charities and community organizations, and the race has given us the chance to pursue these activities with renewed vigour. It, and Parkinson’s, have led to many exciting adventures that I wouldn’t have otherwise thought possible, from the founding of our charity, U-Turn Parkinson’s, to the develop­ment of a speaking career that has taken me around the globe.

So, in writing this book, I want to inspire you to view life through a new lens — to see the potentially negative as an opportunity to grow. Running the race was an adventure, but what I want to share are the challenges of running it with Parkinson’s and the lessons that taught me. To help you dis­cover the joy that comes in persevering through hard times. I hope to encourage those who face this disease, to give them and their families the courage and strength to walk this very difficult path. But I also want to encourage those living with other hardships, whatever they may be. After all, the lessons on perseverance are universal and can help the cancer patient and the corporate CEO alike.

Running the race with my eldest son was a wonderful experience. Many have asked about this aspect of the journey, and my answer is always the same: Tim Jr. made the perfect partner. He was fun and lighthearted but also attentive to the needs of a father with Parkinson’s. He was patient with my weaknesses and carried us when needed with the strength that comes only from a strapping young man. I’m so proud to have had the chance to create these memories with my son. I can’t imagine having won this race without him.

It is my hope that you’ll be inspired by our story — and that, like my friend Jenna, you’ll grow in your ability to per­severe. I hope it will give you what you need to run your race and win.

From Perseverance: The Seven Skills You Need to Survive, Thrive, and Accomplish More than You Ever Imagined, by Tim Hague © 2018. Published by Penguin Random House Canada. Reprinted with permission of the publisher.
​​​

Related tags:
Health The Agenda in the Summer
Author

Society
‘We have to set the example’: How London is trying to tackle anti-Black racism
Mary Baxter
Society
Perdita Felicien: Hurdling Through Trial and Triumph
Society
Ep 2 - Queen Victoria and her Nine Children
sfy39587stp16