Excerpt: Séan McCann and Andrea Aragon’s ‘One Good Reason: A Memoir of Addiction and Recovery, Music and Love’

In their new book, the Great Big Sea founding member and his wife take turns exploring the roots of trauma — and how it shapes families through generations
By TVO Current Affairs - Published on Jun 30, 2020
Nam Kiwanuka interviews Andrea Aragon and Séan McCann on The Agenda in the Summer.

I was baptized and raised as a devout Catholic. Every Sunday, we dressed up in our best clothes and headed off to church, which I always found really boring — except for the singing. I loved to sing, and some of the old hymns, like “Lift High the Cross” and “O Come, O Come Emmanuel,” were great. The only other enjoyable thing about going to mass was when the priest asked the congregation to “offer each other the sign of peace.” This would always trigger a round of vigorous handshaking and well wishes, a chance to look neighbours right in the eye and let them know who you were and what you were made of. I remember having my five-year-old hand almost crushed by full-grown men determined to teach me the value of a strong handshake. Character builders.

In school, we were forced to learn and accept all the teachings of the church. Life’s biggest questions, the difference between good and evil, and where we go when we die: we surrendered entirely to the church’s authority and let the promise of faith lead us in our mortal lives. The sin of doubt was always met with the swift application of guilt, an entirely negative emotion used constantly as a means of behavioural control. Jesus was tortured and horrifically murdered because of our sins, so the very least we could do was obey the church he left behind to help us. I spent the better part of my young life believing that I was somehow personally responsible for Christ’s crucifixion, and I’m certain my mom and dad suffered from the same complete mindfuck. 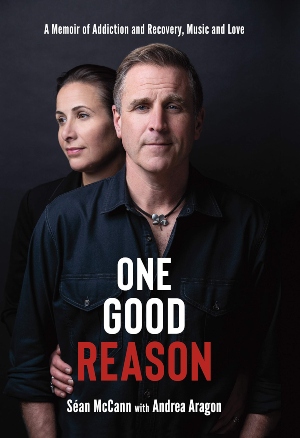 ​​​​​​​​The intention of this book is not to make excuses for what happened to me, nor is it to let anyone off the hook (myself included), but I believe that trauma can be felt across generations, and I suspect my parents suffered much at the hands of their spiritual shepherds. More, perhaps, than they are willing to admit, even now. I also want to provide some context as to the culture of the day. It won’t make me feel any better about what happened. It won’t take away my pain. But it might help explain how this evil was able to thrive undetected, or perhaps deliberately ignored, for generations. An insidious culture of indoctrination and power.

I carried my heavy secret around for 30 years because I was ashamed of myself and afraid to tell my parents what happened. Over time, this shame grew into anger and eventually into a sense of immense betrayal. Each year, it took more and more booze and drugs to keep my hidden suffering at bay. My dark secret was slowly eating away at me from the inside, like a caged animal trying to get out.

Sometimes a song can help us speak the words that are just too hard to say, and this is how I finally chose to inform my parents about my abuse. When Help Your Self was released in January 2014, Mom told me she loved it (as always) but initially made no specific mention of the special song I’d written for her. I remember us sitting alone at the kitchen table one evening after a family dinner when she finally asked the question I had been waiting to answer for 35 years.

“Were you ever abused, Séan?”

“Whatever you do, please don’t tell your father.”

My dad’s temper. It was a fifth wheel in our family’s carload of crazy. Like a relative who pops up unexpectedly and doesn’t say when they’re going to leave, my dad’s temper took up the figurative basement apartment in our home, and we never knew when it was going to come out from its hidey-hole. While I was able to understand later in life how my dad’s drinking affected his moods, at this point I was too naive to see this relationship taking root. Although beer (and sometimes stronger liquor) was a constant at our social functions, I was far too self-absorbed during my preteen years to notice how his consumption impacted his moods.

My dad terrorized the respect right into me throughout my childhood. He demanded it unequivocally, regardless of his own (usually) disrespectful attitude and behaviour. It is one of my greatest resentments about our early relationship.

According to my father, matriarch Bonomo was a beast of a woman who constantly berated and belittled her daughter (my mom). She very clearly wore the pants in the family and made no bones about what her desires were or making sure they were met. One of those desires was for my mom to marry. My dad was good enough, and it was inconsequential that (a) he had just returned from war, and (b) they didn’t actually love each other. Norma Bonomo planned the entire wedding.

I don’t remember my mom’s parents being particularly loving people, and memories of dinners at their house in Utah evoke in me no more than a yawn. My last correspondence with them was when they sent me $20 for my college graduation. At one of the last dinners I ever sat with them, they spent the entire time telling my sister and me what a horrible human my father was and how they wished he’d never married their daughter (this was pretty soon after my parents’ divorce). Enough said.

According to my mom, her parents were great and nothing bad or unsavoury ever happened in their house. Uh-huh. My mom has made “everything is fine” an art form. I have no doubt she learned this from her own mother. This is the house my mom grew up in, and, because of it, I can’t blame her for all of her serious flaws as a parent. (That little nugget took years of self-help and therapy to realize.)

It was only last year, when a dear friend pointed this out to me, that I realized something that changed my life: growing up, I had been learning tacit sufferance; I had been learning how to be with an alcoholic. I realized how my tolerance of my father’s drinking had been preparing me for my soon-to-be husband, Séan. It was then that I began to see not only my dad’s alcoholic patterns but my role in both of these men’s addictions. I’d never actually thought of my father as an alcoholic until those words were said to me. I guess we daughters do indeed marry our fathers in one form or another.

From ONE GOOD REASON: A Memoir of Addiction and Recovery, Music and Love. Copyright © 2020 by Séan McCann and Andrea Aragon. Reprinted by permission of Nimbus Publishing.

See Séan McCann and Andrea Aragon talk to Nam Kiwanuka tonight on The Agenda in the Summer on TVO at 8 p.m. and 10 p.m., or stream it live on Facebook, Twitter or YouTube.

Environment
Open Season on Cormorants
What does the hunting season for double-crested cormorants mean for the population of the bird?
Coronavirus
Prescribing Best Practices For Ontario Schools
Coronavirus
Are Ontario Classrooms Ready to Face COVID-19?
Society
Lauren McKeon: How to Keep Building Feminist Momentum
sfy39587stp16