Excerpt: Rachel Giese's 'Boys: What It Means to Become a Man'

The Toronto-based author explores the gendered expectations that shape boys' lives — and the culture at large
By TVO Current Affairs - Published on Jul 19, 2018
Nam Kiwanuka interviews Rachel Giese on The Agenda in the Summer

The ﬁrst time I heard about the Man Box was ﬁve years ago in a college classroom on the outskirts of Toronto. Jeff Perera, a public speaker and community organizer who regularly talks to schools, businesses, and sports teams about gender equality, was leading a workshop for students on stereotypes about masculinity. He drew a large square on the blackboard in chalk and labelled it “The Man Box.” Inside it, Perera wrote a string of words and phrases describing traditional views of masculinity: tough, strong, head of the household, stud, stoic, in control, brave, emotionless, heterosexual. Outside the box were words used to describe men who don’t meet these standards: pussy, fag, batty boy, bitch, mama’s boy.

He then asked the small gathering of college students for suggestions to add to his two lists. Shouts of “Wimp!” “Leader!” “Boss!” “Queer!” bounced around the room. As Perera wrote them down, he explained that the object of the exercise was to show that “the formula for manhood is the denial of everything perceived as soft or gentle or emotional or feminine.” In other words, a man might be described as being in every way the opposite of a woman.

Perera, professorial with a shaved head and rectangular-framed glasses, is a born performer, funny and gregarious. In his talk, he drops references both pop cultural (Breaking Bad’s Walter White is an example of “toxic manhood”) and personal, drawing on his own childhood growing up as a man of colour in Canada and the son of immigrant parents from Sri Lanka. To explain how early boys receive these messages, he tells a story about having once conducted an exercise with 50 boys in Grade 4 to see how much they’d begun to internalize the limits of the Man Box. He asked them to write down what they didn’t like about being boys, and they returned a list that included “Boys smell bad,” “Supposed to like violence,” “Supposed to play football,” “Having an automatic bad reputation,” “Not supposed to cry,” and “Not being able to be a mother.” He projected an image of the actual list, made all the more heart-wrenching by the wobbly printing and typos (“suppost” and “vilence”). The boys couldn’t even spell the words correctly, but they already understood the gender rules.

The concept of the Man Box is used by sociologists and equality advocates to describe the behaviours and expectations associated with a conventional, rigid form of manliness, an exaggerated, archetypal machismo that academics describe as “hegemonic 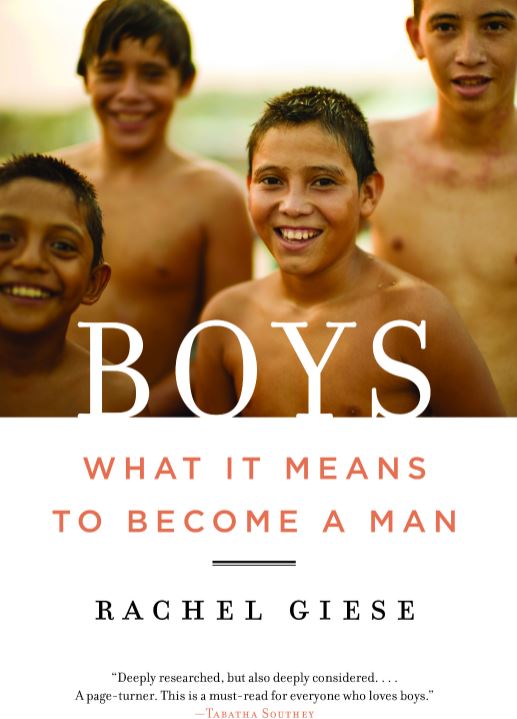 masculinity.” Admittedly, the metaphor of the Man Box is a little cutesy, but its utility lies in how clearly it separates the biological fact of maleness from the cultural creation of masculinity. (A caveat: there are some who argue that biological sex is, at least in part, a creation as well.)

This is a signiﬁcant, even radical, distinction to make, since the traits of masculinity continue to be seen not only as normal but also as the rightful traits of those who do and should hold power. It’s why we associate a deep voice with authority, while a higher voice sounds weak or shrill; why a suit and tie seems more ﬁtting in a corporate ofﬁce than a dress does; and why the socially awkward solo innovator, rather than the emotionally attuned and collaborative innovator, has become our go-to image of a tech genius.

For all the power these gender biases exert, the idea of “manliness” or “masculinity” as a ﬁxed or natural thing has until recently rarely been questioned. Like whiteness, masculinity is considered the default — think about how we address a mixed-gender group as “you guys” but never “you gals,” much as we use adjectives like “ethnic” and “exotic” to describe every group but WASPs. In the 1990s, whiteness studies and masculinity studies (or men’s studies, as it’s sometimes called) began to crop up at university and college campuses. These ﬁelds of research seek to debunk the belief that “white” and “masculine” are the norm from which other identities diverge and deviate. Rather, “whiteness” and “maleness” are made-up classiﬁcations, deployed to concentrate power among some people and deny it to others. The myth that people of European descent are distinct from and superior to those with African ancestry was the undergirding of slavery and segregation. Yet as the sequencing of the human genome has proven, there is no meaningful biological difference or distinct dividing line between racial groups. Neither are racial categories stable or “pure.” Human history is the story of migration and intermixing, of social and ethnic identities shifting over time. That’s why a hundred or so years ago, Italian Americans and Irish Americans were not considered “white,” but over time came to be seen as such. As American social anthropologist Audrey Smedley phrased it, “Race as biology is ﬁction, racism as a social problem is real.”

From Boys: What It Means to Become a Man by Rachel Giese ©2018. Published by HarperCollins Publishers Ltd. All rights reserved