How a game of Go between a teenager and a Western computer ignited China's artificial-intelligence startup industry
By TVO Current Affairs - Published on Oct 10, 2018
Money for AI startups is pouring in from venture capitalists, tech juggernauts, and the Chinese government. (iStock.com/Saran_Poroong)

The Chinese teenager with the square-rimmed glasses seemed an unlikely hero to make humanity’s last stand. Dressed in a black suit, white shirt, and black tie, Ke Jie slumped in his seat, rubbing his temples and puzzling over the problem in front of him. Normally filled with a confidence that 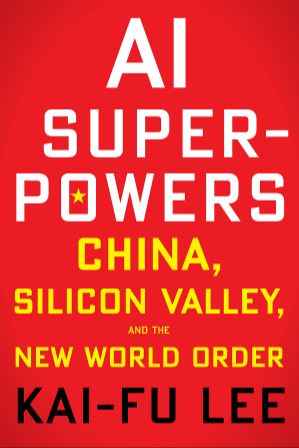 bordered on cockiness, the 19-year-old squirmed in his leather chair. Change the venue, and he could be just another prep-school kid agonizing over an insurmountable geometry proof.

But on this May afternoon in 2017, he was locked in an all-out struggle against one of the world’s most intelligent machines, AlphaGo, a powerhouse of artificial intelligence backed by arguably the world’s top technology company: Google. The battlefield was a 19 x 19 lined board populated by little black and white stones ​— ​the raw materials of the deceptively complex game of Go. During game play, two players alternate placing stones on the board, attempting to encircle the opponent’s stones. No human on Earth could do this better than Ke Jie, but today he was pitted against a Go player on a level that no one had ever seen before.

Believed to have been invented more than 2,500 years ago, Go’s history extends further into the past than any board game still played today. In ancient China, Go represented one of the four art forms any Chinese scholar was expected to master. The game was believed to imbue its players with a Zen-like intellectual refinement and wisdom. Where games like Western chess were crudely tactical, the game of Go is based on patient positioning and slow encirclement, which made it into an art form, a state of mind.

The depth of Go’s history is matched by the complexity of the game itself. The basic rules of gameplay can be laid out in just nine sentences, but the number of possible positions on a Go board exceeds the number of atoms in the known universe. The complexity of the decision tree had turned defeating the world champion of Go into a kind of Mount Everest for the artificial intelligence community ​— ​a problem whose sheer size had rebuffed every attempt to conquer it. The poetically inclined said it couldn’t be done because machines lacked the human element, an almost mystical feel for the game. The engineers simply thought the board offered too many possibilities for a computer to evaluate.

But on this day, AlphaGo wasn’t just beating Ke Jie ​— ​it was systematically dismantling him. Over the course of three marathon matches of more than three hours each, Ke had thrown everything he had at the computer program. He tested it with different approaches: conservative, aggressive, defensive, unpredictable. Nothing seemed to work. AlphaGo gave Ke no openings. Instead, it slowly tightened its vise around him.

The view from Beijing

What you saw in this match depended on where you watched it from. To some observers in the United States, AlphaGo’s victories signalled not just the triumph of machine over man but also of Western technology companies over the rest of the world. The previous two decades had seen Silicon Valley companies conquer world technology markets. Companies such as Facebook and Google had become the go-to internet platforms for socializing and searching. In the process, they had steamrolled local startups in countries from France to Indonesia. These internet juggernauts had given the U.S. a dominance of the digital world that matched its military and economic power in the real world. With AlphaGo ​— ​a product of the British AI startup DeepMind, which had been acquired by Google in 2014 ​— ​the West appeared poised to continue that dominance into the age of artificial intelligence.

But looking out my office window during the Ke Jie match, I saw something far different. The headquarters of my venture-capital fund is located in Beijing’s Zhongguancun (pronounced “jong-gwan-soon”) neighbourhood, an area often referred to as “the Silicon Valley of China.” Today, Zhongguancun is the beating heart of China’s AI movement. To people here, AlphaGo’s victories were both a challenge and an inspiration. They turned into China’s “Sputnik moment” for artificial intelligence.

When the Soviet Union launched the first human-made satellite into orbit in October 1957, it had an instant and profound effect on the American psyche and government policy. The event sparked widespread U.S. public anxiety about perceived Soviet technological superiority, with Americans following the satellite across the night sky and tuning in to Sputnik’s radio transmissions. It triggered the creation of the National Aeronautics and Space Administration, fuelled major government subsidies for math and science education, and effectively launched the space race. That nationwide American mobilization bore fruit 12 years later, when Neil Armstrong became the first person ever to set foot on the moon.

AlphaGo scored its first high-profile victory in March 2016 during a five-game series against the legendary Korean player Lee Sedol, winning four to one. While barely noticed by most Americans, the five games drew more than 280 million Chinese viewers. Overnight, China plunged into an artificial-intelligence fever. The buzz didn’t quite rival America’s reaction to Sputnik, but it lit a fire under the Chinese technology community that has been burning ever since.

When Chinese investors, entrepreneurs, and government officials all focus in on one industry, they can truly shake the world. Indeed, China is ramping up AI investment, research, and entrepreneurship on a historic scale. Money for AI startups is pouring in from venture capitalists, tech juggernauts, and the Chinese government. Chinese students have caught AI fever as well, enrolling in advanced degree programs and streaming lectures from international researchers on their smartphones. Startup founders are furiously pivoting, reengineering, or simply rebranding their companies to catch the AI wave.

And less than two months after Ke Jie resigned his last game to AlphaGo, the Chinese central government issued an ambitious plan to build artificial intelligence capabilities. It called for greater funding, policy support, and national coordination for AI development. It set clear benchmarks for progress by 2020 and 2025, and it projected that by 2030 China would become the centre of global innovation in artificial intelligence, leading in theory, technology, and application. By 2017, Chinese venture-capital investors had already responded to that call, pouring record sums into artificial intelligence startups and making up 48 per cent of all AI venture funding globally, surpassing the U.S. for the first time.

Excerpted with permission from AI Superpowers: China, Silicon Valley, and the New World Order by Kai-Fu Lee, published by Houghton Mifflin Harcourt, © 2018. Available online and at your local bookstore.

TVO's China: Here and Now, is a major, multi-part documentary series that examines the cultural, economic, and political implications of China's growing global influence. It airs on TVO Tuesday nights until November 13. Or, stream it at TVO.org.

Most recent in China: Here and Now

China: Here and Now
China's Only Children
The Agenda discusses the lasting effects of China's one-child policy, instituted in 1978 and ended in 2016.

China: Here and Now
China’s one-child policy produced a generation of only children. What happens when they grow up?
Diana Fu

China: Here and Now
Up close and personal with China’s super-rich
Diana Fu