Excerpt: Jody Wilson-Raybould’s ‘From Where I Stand: Rebuilding Indigenous Nations for a Stronger Canada’

In her new book — a collection of speeches and lectures given over the course of 10 years of public life — Canada’s former justice minister and attorney general discusses colonization and the future of reconciliation
By TVO Current Affairs - Published on Sep 24, 2019
View Transcript
Jody Wilson-Raybould and Steve Paikin discuss her new book, her role in the SNC Lavalin controversy, and her bid for an independent legislature seat in this fall’s election.

A litmus test for reconciliation is the status of women 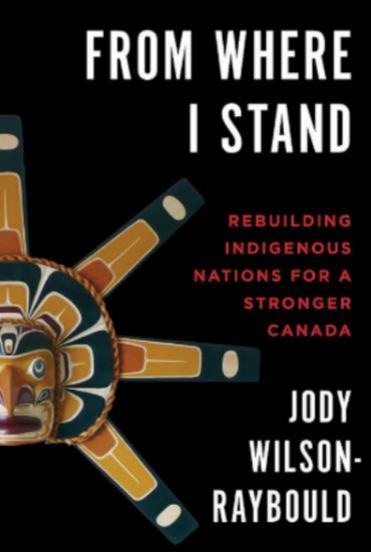 ​​​​​​​​There are many forces and factors that have contributed to this invisibility. A powerful one has been the effects of colonialism on Indigenous legal orders. This denial has resulted in an erosion of roles, responsibilities, and authorities for Indigenous women. It has contributed to the specific forms of marginalization and disempowerment that Indigenous women continue to confront and has affected ways of thinking about women as legal actors and agents.

I know this from my own reality. I come from a matrilineal society with hereditary chiefs. Being matrilineal means that descent is traced through the mother and our maternal ancestors. Power and inheritance flow through one mother’s line. For me, this was typified by my grandmother, Pugladee, which is the highest-ranking name in our clan. Her name means “a good host” — a name that was given to my older sister, Kory. My name, Puglass, means “a woman born to noble people.” The names were given in a naming potlatch, when I was five and my sister six.

In my peoples’ worldview, which animates our laws and legal order, all things are in the greatest state of well-being when there is balance. This includes balance between humans and the natural world, between genders, between groups of peoples, within a family or community, or in how we live and organize our own lives. Balance is viewed as the proper state of things, where conditions of harmony and justice flourish, while imbalance is what gives rise to conflict, contention, and harm. In this worldview, if women are not playing their needed roles in leadership, in law, family — in all aspects of society — then there is an imbalance and all suffer.  A society imbalanced in this way is like a bird with an injured wing. It cannot fly, its purpose and potential cannot be met, and all are held back.

But the reality since colonization has been that the matrilineal political and legal order of which I am part as an Indigenous woman — and which has been in place since time immemorial — has been largely incomprehensible to the Canadian legal order. The Indian Act system imposed on my peoples, like other Indigenous peoples across the country, is based on a different legal order, or a tradition, that is totally foreign to the roles of women, balance, integration, and harmony that my ancestors had lived according to for countless generations. It imported a patriarchal system with an understanding of law rooted in force, power, and control — and which the majority of Indigenous peoples across the country continue to bear the burdens of today.

This is why when we talk about building the future, as we all do — a future of reconciliation, of nation-to-nation relationships — I see a fundamental litmus test of progress being around the topics you're discussing tonight. Because any meaningful effort to address our colonial reality must revolve around Indigenous peoples determining their futures, including rebuilding their nations and governments and their legal orders and jurisdictions in the contemporary world. And a measure of success in nations doing this work will be if the roles, responsibilities, and authorities of women in the political, social, and legal work of their nations and the well-being of Indigenous women and girls in Canadian society as a whole are steadily increased. If this is not occurring, then the work of self-determination and the work of transforming our colonial reality is not being advanced and achieved — as it surely must.

Building this future means accepting that Canada has always been a country of legal pluralism — the coming together of different legal orders that learn to coexist and operate together. This was true at the founding of the country 150 years ago in relation to our common law and civil law heritage. At that time, the Indigenous legal orders were ignored, and repairing that is the core of the work we are doing today. While Indigenous peoples must lead this work, the Crown has a responsibility to affirm the appropriate space for the operation and application of Indigenous laws and legal orders through changes to our own existing laws — including getting rid of the Indian Act — and creating new models of relations. This requires moving beyond the practice of denying the operation of Indigenous laws and legal orders and creating patterns of legal pluralism that recognize them and include their roles.

Let me be clear: there is little or no chance for Indigenous legal traditions to find their full expression within our system of multilevel governance in Canada while the Indian Act remains so prevalent. The Indian Act is the antithesis of self-government as an expression of self-determination and, moreover, is an ongoing detriment to nation rebuilding and strong and appropriate Indigenous governance. We must all stop trying to make the round peg of the Indian Act fit into the square hole of Indigenous rights and then somehow think we can rely on the courts to figure it all out. Rather, we must recognize the plurality of legal traditions in this country and, in so doing, create the space for Indigenous nation rebuilding as part of our evolving system of co-operative federalism.

Now, I should say that I do believe important progress is being made, and Indigenous women are taking the leadership role. In my experience, it is typically the women in our communities who are leading the charge to decolonize and rebuild our governance models as our nations move away from colonial systems. It is the work I was doing before I moved into my current role, a role I take incredibly seriously, although, at times, it can be a challenge and incredibly frustrating. Indeed, in my own experience, serving as the first Indigenous person to be Canada's minister of justice and attorney general, I have unfortunately had it reinforced that, when addressing Indigenous issues, no matter what table one sits around, or in what position, or with what title and appearance of influence and power, the experience of marginalization can still carry with you. But this does not deter me. It only makes my resolve stronger and more determined, as I believe that our toil today is not only helping create the pivotal space and opportunity for nation rebuilding, but also creating the space for the countless Indigenous girls who will fill leadership roles today and many others in the future, in contexts ever more receptive and supportive of their talents, capacities, and remarkable contributions to the well-being of our society, country, and world.

My belief that progress is being made and that the fruits of the sacrifices of today will often appear more concrete tomorrow — this is what assists me in carrying on, despite the obstacles. This and my deeply rooted sense of who I am, where I come from, my teachings — my rights and responsibilities. So, while there remains much work to be done — and the work goes on — events like tonight remind me of why we are doing it, what must be done, and that is in our shared efforts and the contributions that each of us can make that the pathways of change are being laid.

Excerpted with permission from From Where I Stand: Rebuilding INdigenous Nations for a Stronger Canada by Jody Wilson-Rabould, 2019, UBC Press, Vancouver and Toronto, Canada. For more information: www.ubcpress.ca/from-where-i-stand 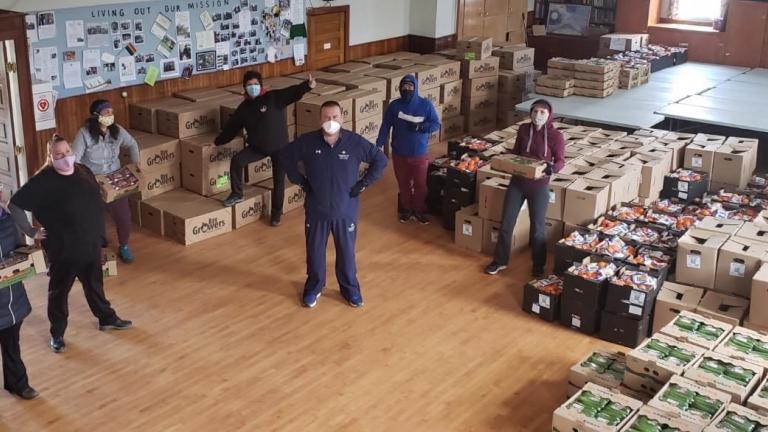