Excerpt: David Moscrop’s ‘Too Dumb for Democracy: Why We Make Bad Political Decisions and How We Can Make Better Ones’

In his new book, the political theorist lays out the ingredients of an informed decision-making process — and a healthy democracy
By TVO Current Affairs - Published on Jul 03, 2019
Nam Kiwanuka interviews political theorist David Moscrop.

My idea of a good political decision does not require any specific outcome. I do not presuppose that any opinion, policy, law, or electoral outcome is a good one simply because I agree with it, and I do not expect any outcome I disagree with to be a bad one. Sure, I have my own views, but in these pages, I mostly care about process. Why? Because the process of reaching a good decision is independent of political parties or affiliations. It doesn’t matter if you’re liberal or conservative. What matters is how you come to your conclusions and policies. And since democracy requires repeated political decisions over time, achieving and maintaining good processes, regardless of party affiliation, sets us up for success in the long run.

Now, it may be the case — I certainly think it is — that a bad decision-making process leads to bad outcomes. That is why I think Trump, Brexit, and climate change are the result of bad political decisions, both substantively and procedurally. It is why I think fixing the outcomes we get requires that we fix the process we use to make decisions.

​So yes, process matters — a lot. Even if we agree that it is important that political decisions are fair, equal, and just and produce opinions, policies, laws, and electoral outcomes that allow us to live together peacefully, that is just the beginning. Since we often disagree with one another about what sorts of outcomes meet these standards (or even what these standards imply in the first place), the process by which we make decisions becomes the key to working out our differences, justifying our choices to one another, and bringing about a perception of trust and legitimacy in our democracy. After all, how often do we disagree with a political decision made by someone else? All the time. But we are more likely to accept that decision if we think it is the product of a process that we support as fair and legitimate. And even within ourselves, a good decision-making process can transform how we see the world, open us up to new perspectives, and help reinforce what we believe and why. So, yes, getting to better decisions about what we ought to do requires that, whatever else we do, we adopt a better process of decision-making.

You might think that in 21st-century democracies, we are already there. Throughout this book, I will argue that we are not. For instance, however I feel about the substance of the Brexit referendum, the process was a mess in all kinds of ways. One of my favourite indicators of that is the fact that, after the announcement that U.K. voters had elected to leave the European Union, the second-most-searched-for question on Google regarding the E.U. was “What is the E.U.?” And, just ahead of the vote, one of the most common questions was “What is Brexit?” Yikes.

These searches imply that an alarming number of voters had no idea what they were voting for and no clue what they had done after they had cast their ballot. The day after Donald Trump was elected president offered similar results. That day, the top three “How did . . .?” questions on Google were “How did Trump win?” “How did this happen?” and “How did Clinton lose?” In this case, the searches might speak more to shock or curiosity than ignorance. But perhaps not.

During the election, Trump had run on a promise to repeal the Affordable Care Act, also known as Obamacare. After his win, many of his supporters expressed glee that the 45th president was going to do away with Obamacare but were convinced that Trump would never dismantle the Affordable Care Act, with which they were becoming increasingly comfortable. That confusion was a long time coming. Years before Trump, in a 2013 CNBC poll, two similar groups were interviewed about health-care reform. One was asked about Obamacare, which 46 per cent opposed. The other group was asked about the Affordable Care Act, which 37 per cent of them were against. The two names referred to the same legislation.

In the Obamacare/Affordable Care Act instance, ignorance met framing. Bad political decisions are sensitive to the whims of a moment and to what psychologists call framing effects — the way an idea is presented. For instance, a proposed surgery might have a 90 per cent success rate or a 10 per cent failure rate. Despite the statistic implying the same risk, research reveals that patients responded more positively to the success percentage than to the failure rate.

In short, a good political decision belongs to us. We make it ourselves, on purpose, and with full awareness of why we’re making that decision and not some other one. You might think this is already how we make political decisions. We don’t need research to tell us what a good or a bad decision is — we already know. And, more to the point, we know that we happen to make great decisions. That is certainly how I used to think about things. But I was wrong.

So the short answer to “Are we too dumb for democracy?” is “Not really.” The rest of this book is the long answer. It is the story of how we have found ourselves in a messy world where we must make important decisions. This is a world that we are often underprepared to navigate. It is a world where what we want and expect from ourselves is far greater than what we deliver. But that is just half the plot. The other bit of the tale I tell in these pages is the story of what our future can be if we choose to make good political decisions.

Excerpt was published in Too Dumb for Democracy? Why We Make Bad Political Decisions and How We Can Make Better Ones © 2019 by David Moscrop. Reproduced by permission of Goose Lane Editions. 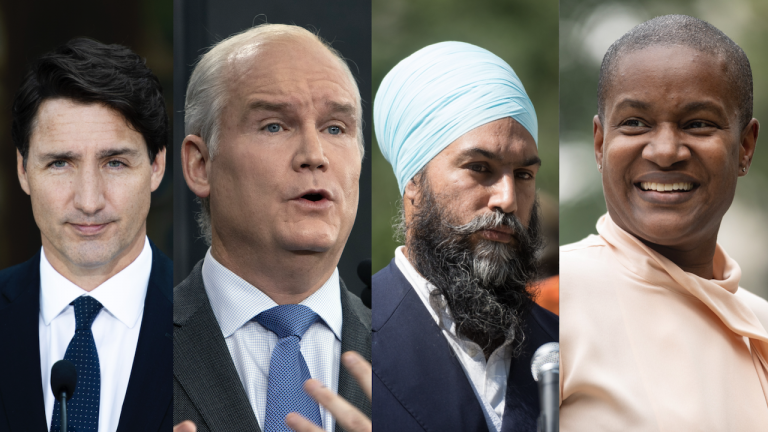 Election Canada 2021
So what was this election about, anyway?
We will soon find out whether we went through this $600 million exercise only to end up pretty much exactly where we started.
Steve Paikin

Election Canada 2021
‘Growing mistrust’: An immigration expert on misinformation and how our system needs to change
Ashley Okwuosa

History
‘Thirst for power’: How the Trudeau Liberals contested an early election… in 1974
Jamie Bradburn 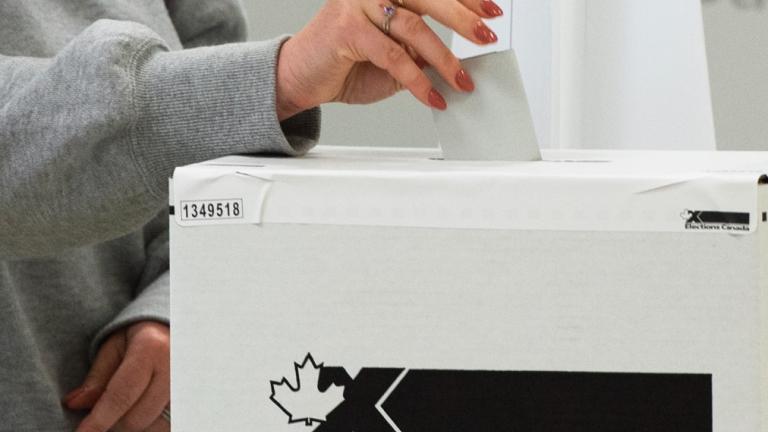