Harry Oakes accumulated a mining fortune in Kirkland Lake that would equal to $3 billion today. He was murdered in the Bahamas in 1943. Who killed him?
By TVO Current Affairs - Published on Dec 23, 2019
View Transcript
Steve Paikin interviews author Charlotte Gray on The Agenda.

A Corpse Is Open to All Comers

The battered and burned body sprawled across the bed’s blood-soaked covers, face up, with bare feet hanging over the edge. The victim’s skull bore four puncture marks above his left ear, and his face was smeared with blood. There were bloodstains on the wall, and rusty drops and pools of dried blood on the carpet. On the night table next to the bed, a set of false teeth sat in a glass of water.

Someone had deliberately set a ﬁre, and the odour of scorched fabric and charred ﬂesh lingered in the air of the second-ﬂoor bedroom. The mosquito net had been incinerated; the sheets and covers were burned; patches of the carpet were singed; and both a nearby Chinese screen and the door to the hallway bore scorch marks. In the next-door bathroom there were black cinders on the ﬂoor and burnt material in the wash basin. A pillow had been ripped open, and a fan that whirred quietly had blown feathers around. Some ﬂoated in the hot, sticky air, while others clung to the charred corpse or settled lazily next to the false teeth and foot powder on the bedside table.

The police report described the grisly murder scene on the Bahamian island of New Providence, but each detail raised questions: What was the weapon that had made the four strange, angular puncture marks? Why did it appear as though blood from the wounds had ﬂowed uphill towards the nose? Had the body been turned to lie face up? Were the bloodstains on the wall handprints? Did the blood on the ﬂoor mean there had been a ﬁght? When the murderer tried to burn the body, why hadn’t the bedding gone up in ﬂames or the ﬁre engulfed the rest of the room? How many murderers were there? Had the pillow been deliberately ripped?

However, only one question really mattered: Who had done this? Who had killed Sir Harry Oakes, the owner of a Canadian gold mine, a man said to be worth over $200 million (an unusually large fortune back then, and equal to more than $3 billion in today’s terms)? Who had bludgeoned to death the megamillionaire, who was frequently described in the press as “the richest man in the British Empire” or tagged as “Midas,” after the mythical Greek monarch who had the gift of turning everything he touched to gold? Who would want to murder the largest landholder and investor in the Bahamas and friend of the Duke of Windsor, the governor of the Bahamas? As the sea breeze from nearby Cable Beach dispersed the last traces of  the mysterious ﬁre in Westbourne, Sir Harry’s bougainvillea- covered mansion, the news of his death surged across the English- speaking world to New York City, then across the Atlantic to London, the imperial centre, and north to the remote Canadian mining town of Kirkland Lake, in the Ontario bush. It would quickly become celebrated as “the crime of the century.”

The murder of Sir Harry Oakes was committed over seven decades ago in a colonial backwater, yet it continues to exert a dark appeal. Fascination persists because the one question that really mattered has never been answered. No murderer was brought to justice.

But it is not only the lack of a neat resolution to this whodunit that grabs attention; there are additional layers of mystery. A member of the British royal family, the former King Edward VIII, was involved, and he took far too close an interest in how the murder was investigated. Then there are the recurrent mutterings about illegal ﬁnancial transactions, maﬁa involvement, spy activities. Murder is always shocking, but this crime was committed at a time of raw nerves and global tension; while Sir Harry’s life was cut short in a paradise of palm trees, turquoise seas, and white-sand beaches, thousands of much younger men were ﬁghting and dying for their countries in Europe and the Far East. An added ingredient to the story is the glitter of Sir Harry’s gold.

Nothing brings out greed and suspicion faster than the image of a stack of gold bars; where did the mine owner’s fortune end up? Since the news of the multimillionaire’s death ﬁrst broke, suspicions about what might have happened have bloomed. The mythology of the murder has taken ﬂight, thanks to several true-crime books, episodes in novels by writers including Timothy Findley and William Boyd, and movies with titles such as Passion in Paradise (1983, starring Marlon Brando), Eureka (1984, starring Gene Hackman), Passion and Paradise (1989, starring Rod Steiger), and Murder in Paradise (2010, with Gillian Anderson). So, after all these treatments — several shamelessly sensationalist, as accounts of brutal murders tend to be — is there any more to say about Harry Oakes and his untimely end?

I think there is. In contrast to the tsunami of ink and celluloid spent on his death, little has been written about his life.

The murder victim is usually dismissed as an unpleasant man whose death caused few regrets. Few spoke up for Harry. His extraordinary achievement in striking gold, retaining control of his gold mine, and helping to establish Toronto as a centre for the mining industry in the 1920s has been forgotten. The sinister friendships with pro-Nazi appeasers that he made in London during the 1930s, which probably secured his baronetcy and may have been a factor in his death, have been quietly obscured; the only connection with this crowd that is remembered today is his relationship with the Duke of Windsor. The person who should have been the leading suspect in his death was never properly investigated. Oakes’s ﬁnancial dealings have remained invisible.

And there is a further aspect of the Harry Oakes story that deserves notice. Coverage of the crime soon shifted in tone; a matter of public interest slid into being of purely prurient interest. The articles, books, and movies that have explored the Oakes murder have built on each other, blatantly incorporating speculation as fact and personal bias as history. False facts litter this particular narrative, and those assertions have demonized Oakes while deﬂecting attention from the most obvious murder suspect, the man who stood to gain the most from Oakes’s death.

As a biographer, I know how easy it is to shape reputations posthumously. The tools are subtle adjustments, sly cuts, colourful embellishments, exaggeration. In the words of Jean-Paul Sartre, “A corpse is open to all comers.” And Sir Harry Oakes is the kind of man for whom few people shed a tear these days — a wealthy old white man who could treat people abominably. But his ﬂaws were rooted in his early struggles to realize his ambitions, and in his tenacious pursuit of a dream. Hardened by years of isolation and resentment, the former prospector was singularly unprepared for the sophisticated circles into which his immense wealth propelled him. Some people admired him as a hero and a benefactor; others haughtily dismissed him as an uncouth bully. Only the latter image has survived in the popular imagination.

Excerpt from Murdered Midas: A Millionaire, His Gold Mine, and a Strange Death on an Island Paradise by Charlotte Gray ©2019. Published by HarperCollins Publishers Ltd. All rights reserved.

Health
Wrapping Our Minds Around Imagination
Jim Davies discusses his book, "Imagination: The Science of Your Mind's Greatest Power." 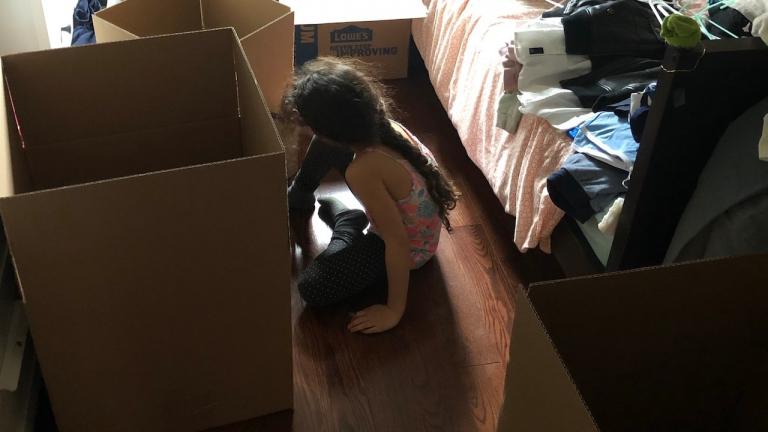